Kent County is named after the county seat of Kent in England.

Description:  The building faces west and is a five story red colored brick, concrete and glass structure. The building is located on landscaped ground and is named as the Philip W Noel Judicial Complex. On the west side is a projecting north section with large extended canopy and recessed entrance. An angled glass clad section rises above the flat roof line. The south wing has glass clad walls with an exterior walkway on the first story.

Note: The courthouse in Warwick was a converted office building in 1974 which has now been demolished. Description:  The building faces east and is a two story yellow colored wood structure. The building is located on landscaped grounds and is raised above the street and extends west up the slope. The east front has a central entrance. There are dormers on the hipped roof. On the center of the roof is a square tower with smaller cupola at the top. On the west side an addition is attached by a glass paneled section. The building was completely remodeled in 1908. The architect was William R Walker & Son. In 1974, the building became the East Greenwich Town Hall when the court moved to a new building in Warwick.

Note:  The first courthouse was built in 1750. The courthouse is the oldest courthouse still in use in Rhode Island and until 1901, the building was used as a meeting site for the state legislators. 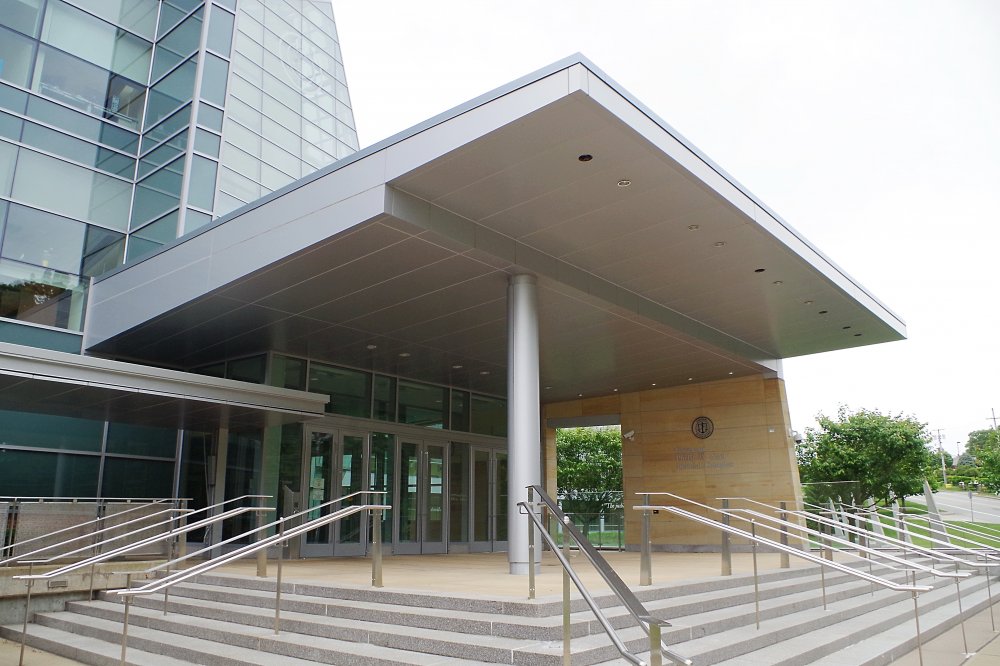