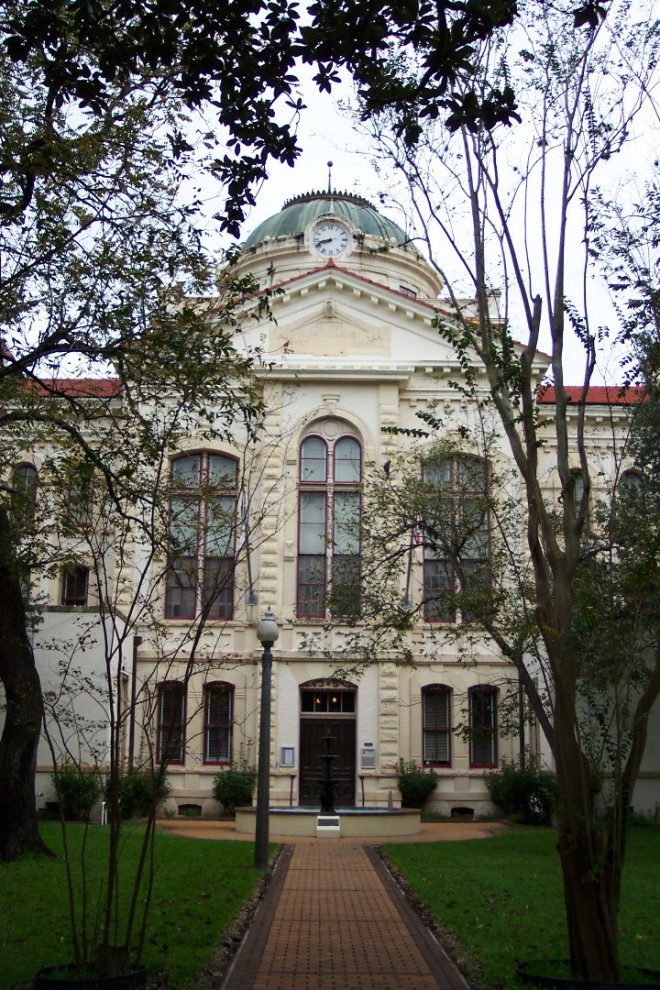 Colorado County is named for the Colorado River which flows through the county. Colorado is the Spanish word meaning “color red” describing the reddish brown water of the river. 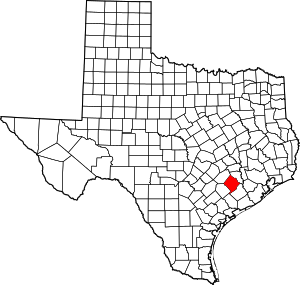 Description:  The building faces east and is a three story white and buff colored  stone structure. The building is located on the spacious landscaped grounds of the Courthouse Square in the center of Columbus and is constructed of buff colored brick and Belton stone. Built in the form of a Greek cross, each side had an extended section with entrance and high vertical windows on the second story. In the center of the building is a large round dome with clock and green colored copper roof. In the interior, there are wood wainscoting, wood floors, plaster walls and ornamental plaster ceilings. The large courtroom is located on the second story and has a 27 foot diameter stained glass dome. The building houses the State District Court, Constitutional County Court and County Justice Court. The upper part of the building was rebuilt in 1909. The architect was F S Glover and the contractor was Thomas F Boulden. The entire building was remodeled in 1939. The building was restored in 2013 to 2014. The architect is Chris Hutson of Volz O’Connell Hutson Architects of Austin and the contractor is Drymalla Construction Company of Columbus.

Note:  In 1909 a tornado severely damaged building. The large bell in cupola-clock tower fell 120 feet and was completely buried in the earth. 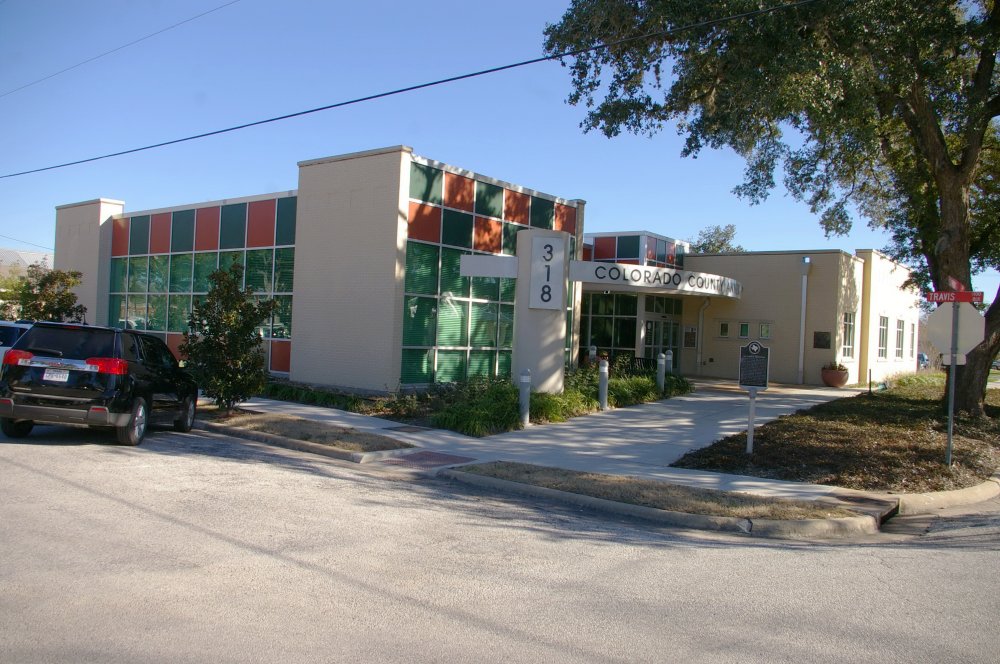 Description:  The building faces south and is a one story buff colored brick, concrete and glass structure. The building is located in the center of Columbus to the southeast of the courthouse. The south front has a recessed semi-circular entrance. The west side and west front of the building have red and green colored panels. The roof line is flat. The building is named as the County Courthouse Annex. 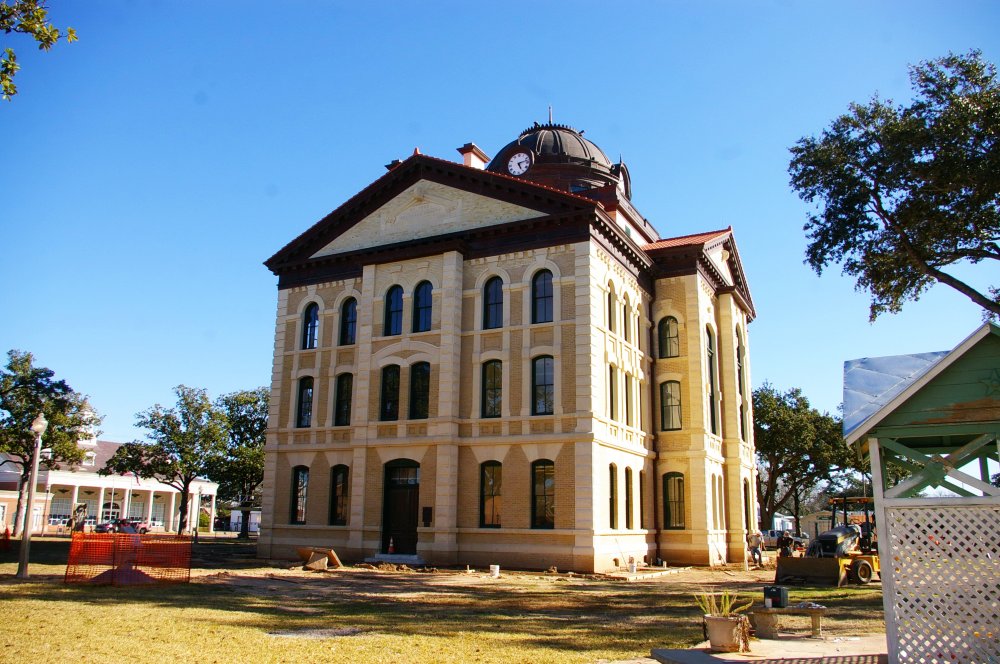 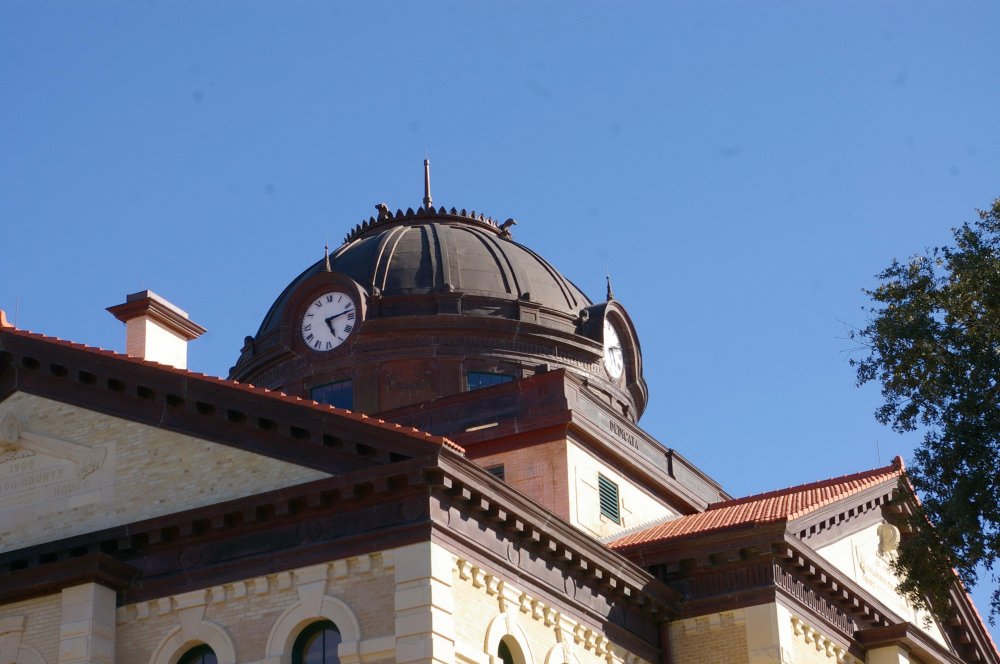 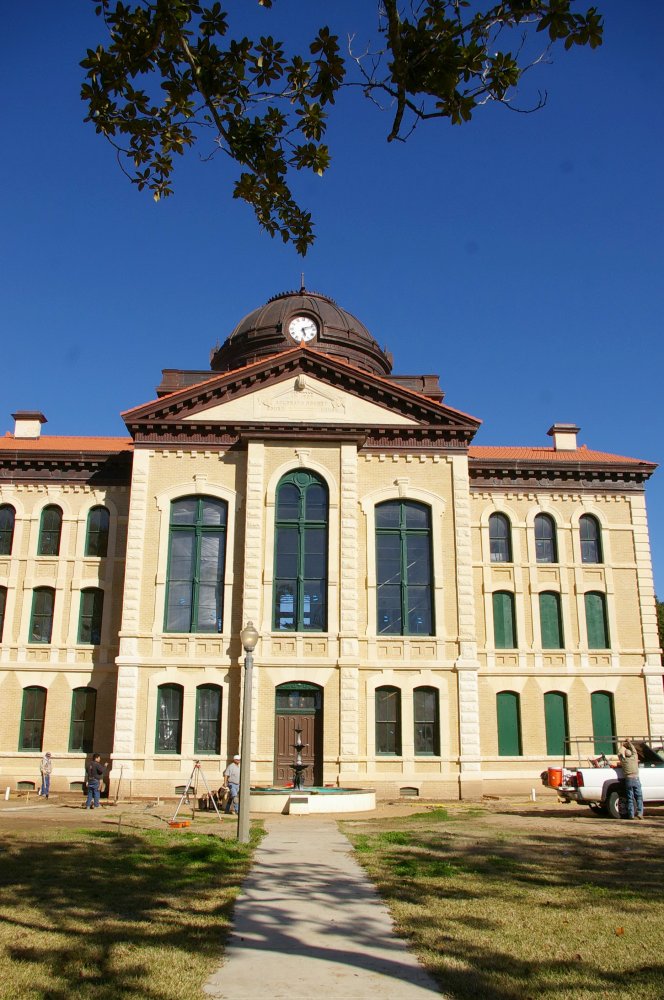 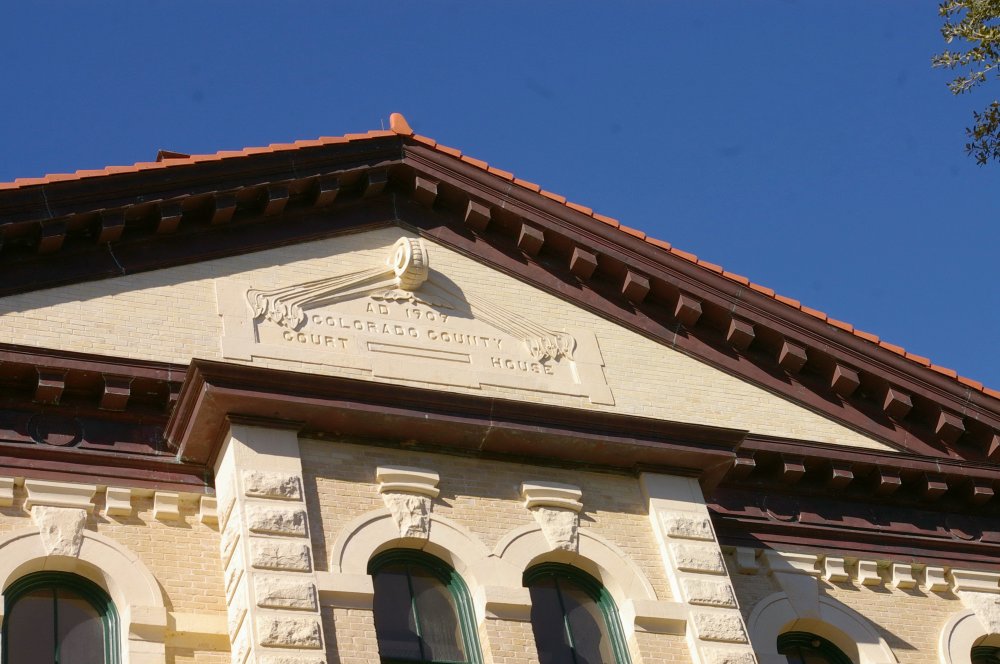 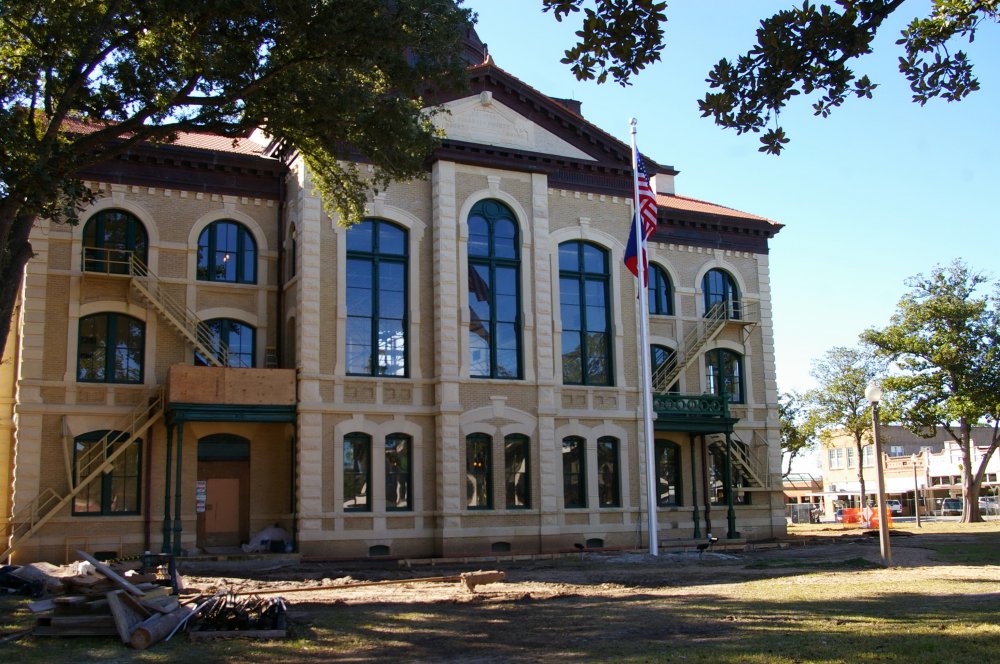 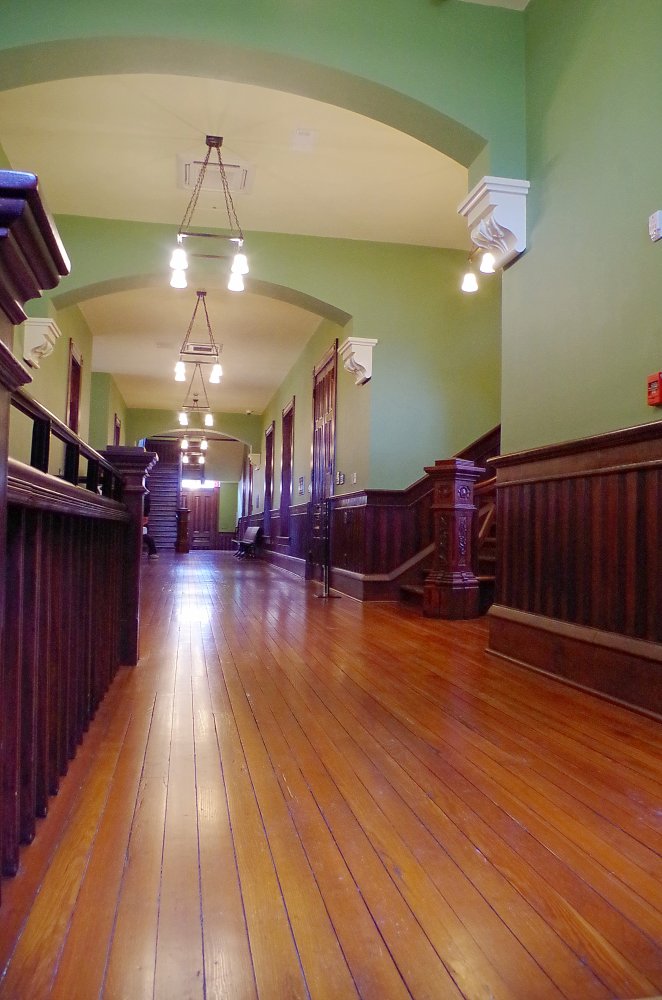 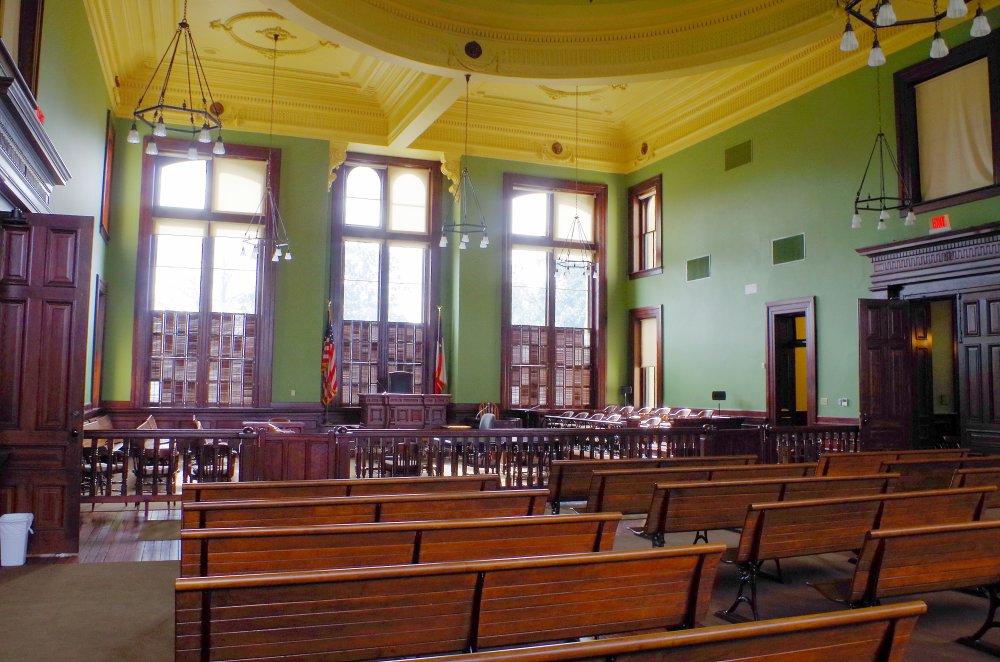 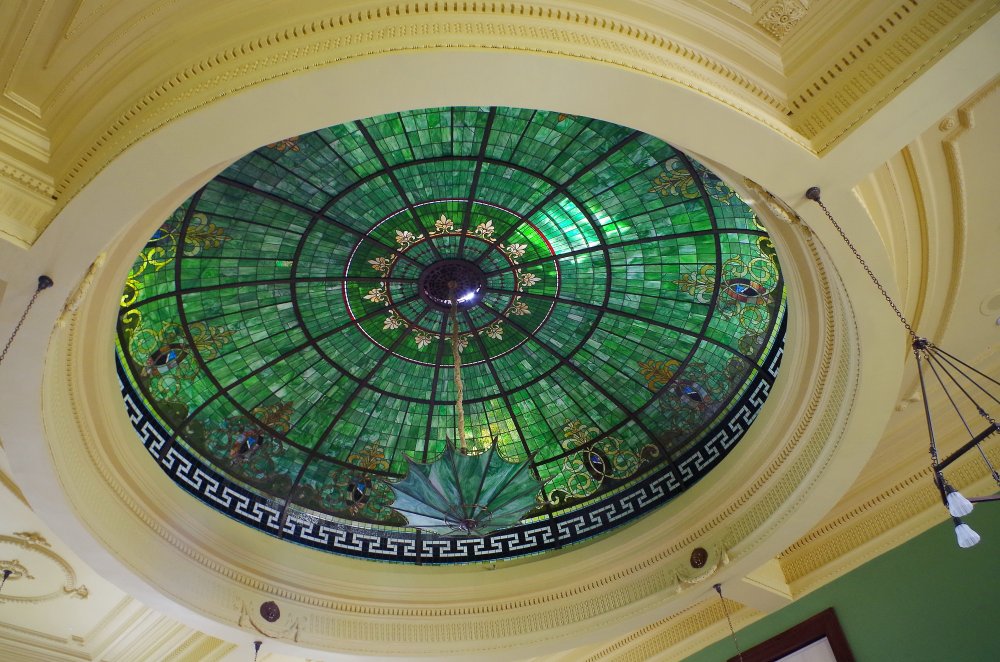