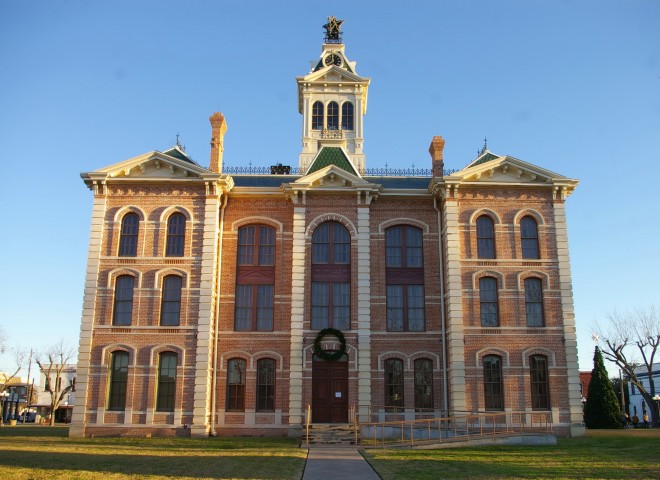 Wharton County is named for William Harris Wharton and John Austin Wharton, who were brothers and leaders in the revolutionary Texas.

Description:  The building faces north and is a three story red colored brick and stone structure. The building is located at the center of the spacious courthouse square. The building has projecting east and west sections rising to pediments at the roof line. The center section projects slightly with entrance on the first story and arched window on the third story with small pediment and parapet above. The corners of the building have stone trim. On the center of the roof is a large square clock tower with four arched windows with pediment and clock at the top. The building was remodeled in 1935. The architect was J W Dahnert and the contractor was Kronzer Construction Company. The building was further remodeled in 1949. The architect was Wyatt C Hedrick. The building was restored in 2007. The architect was Bailey Architects and the contractor was Stoddart Construction. The District Court is located in a one story building across from the courthouse on the southeast corner of Fulton Street and Milam Street. 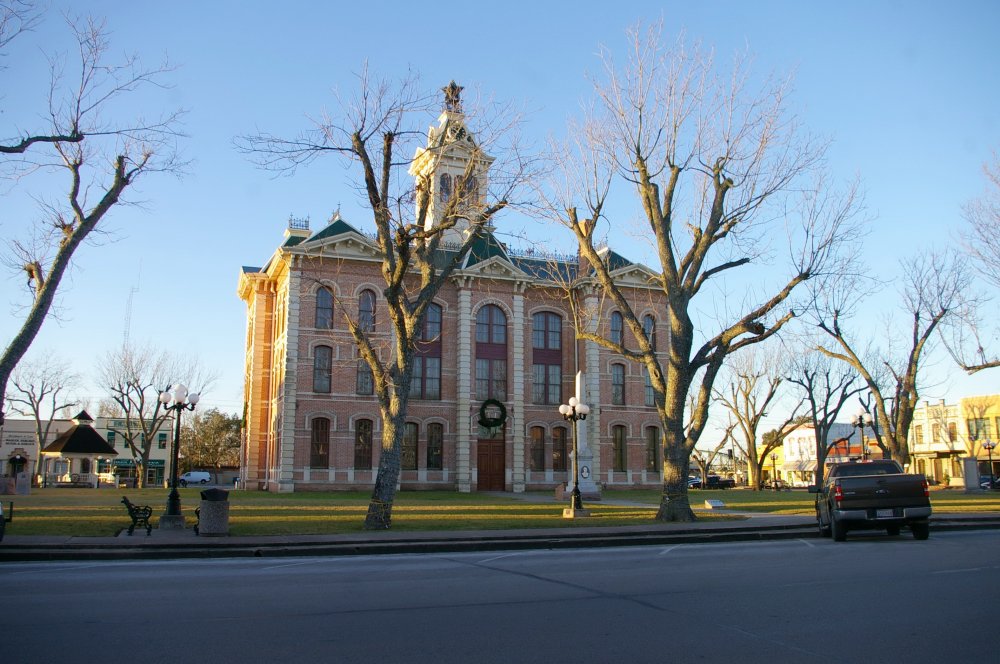 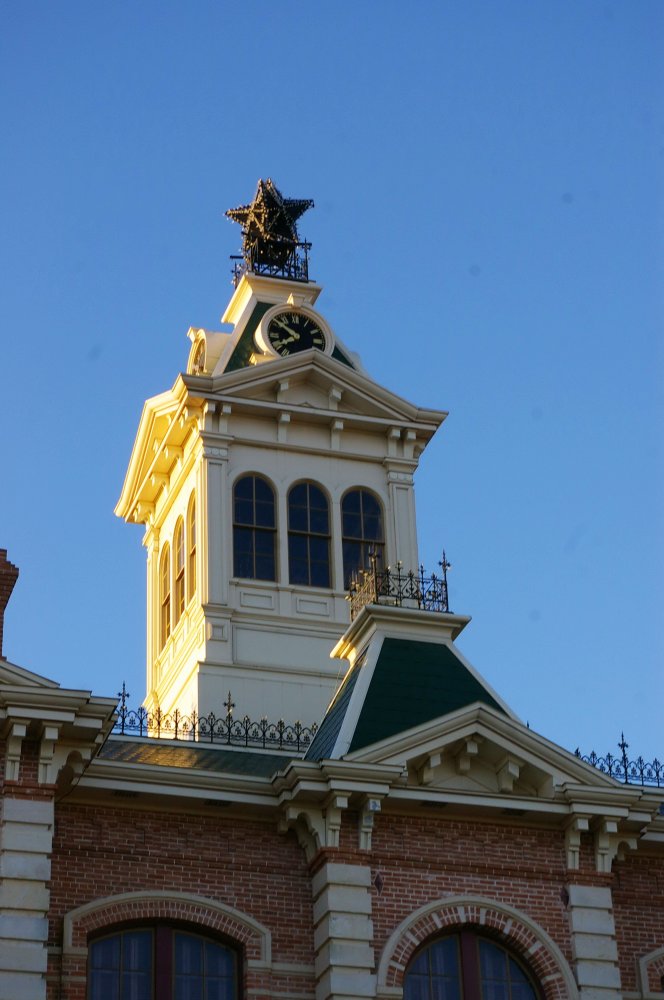 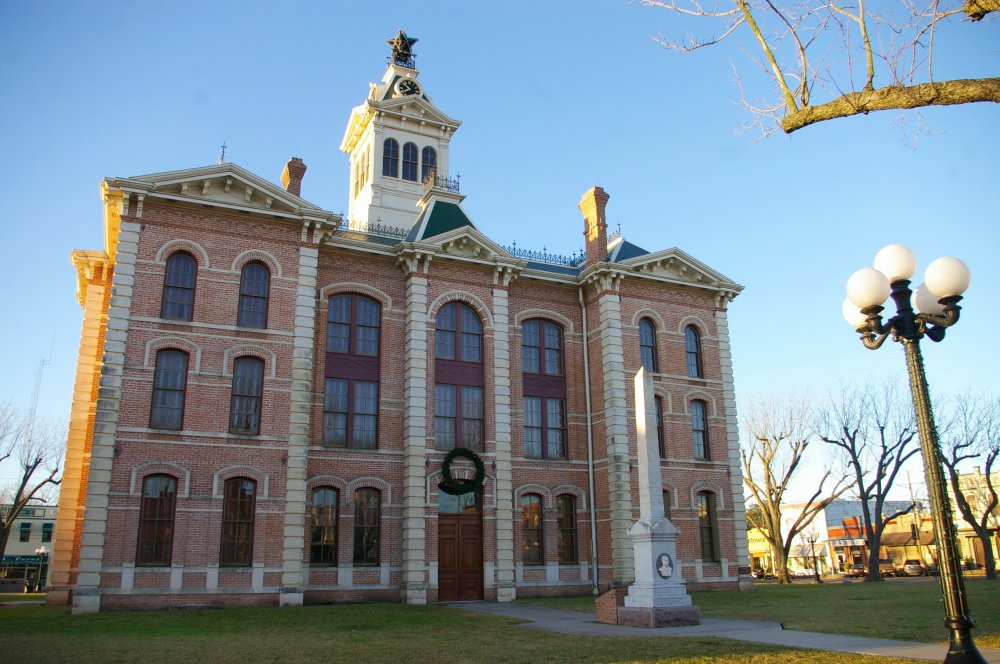 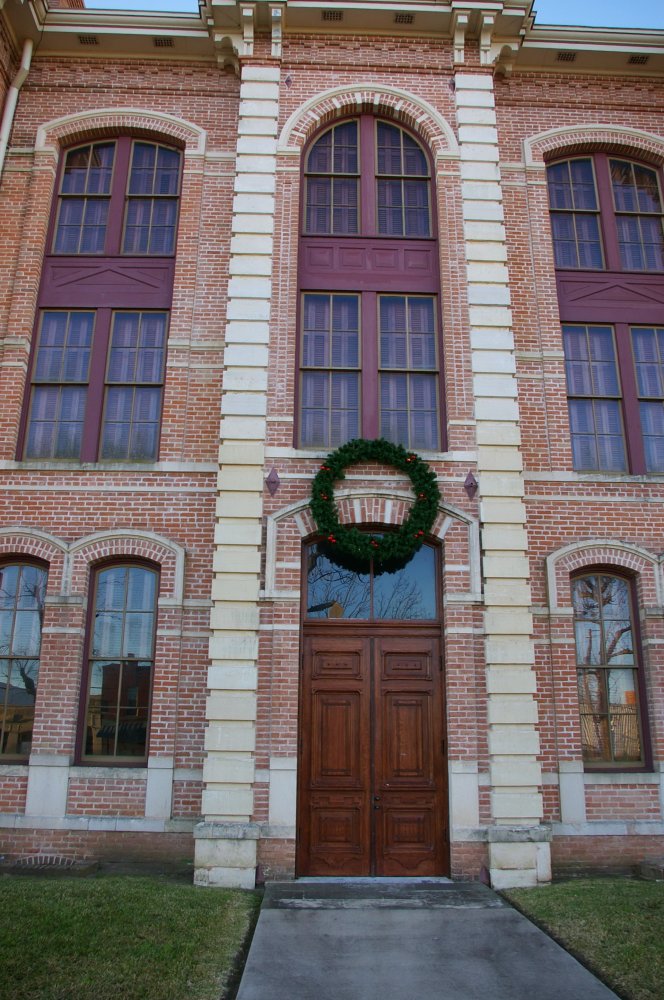 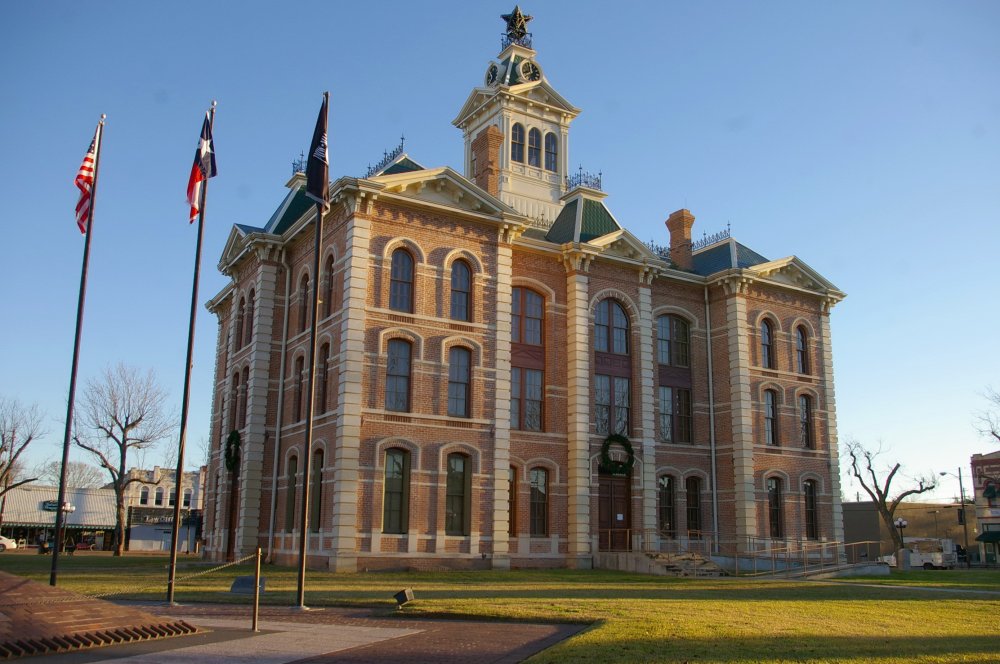 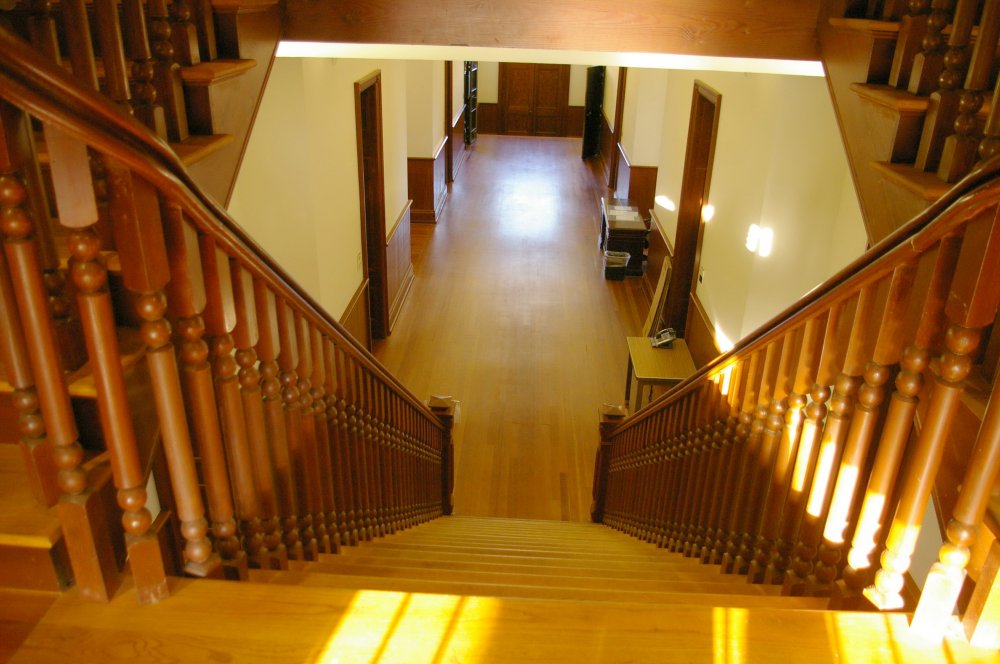 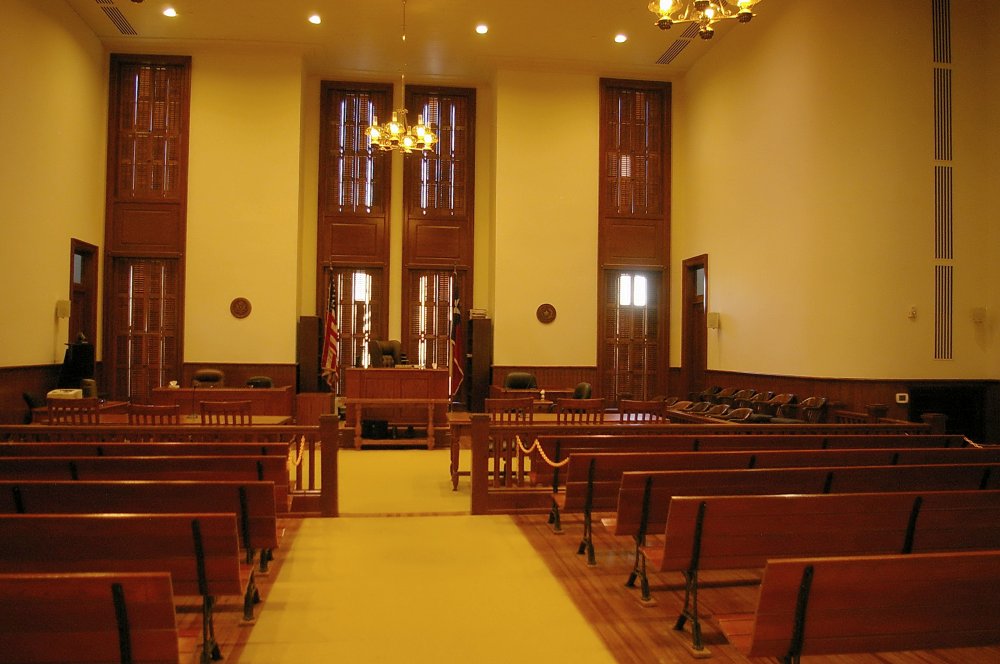 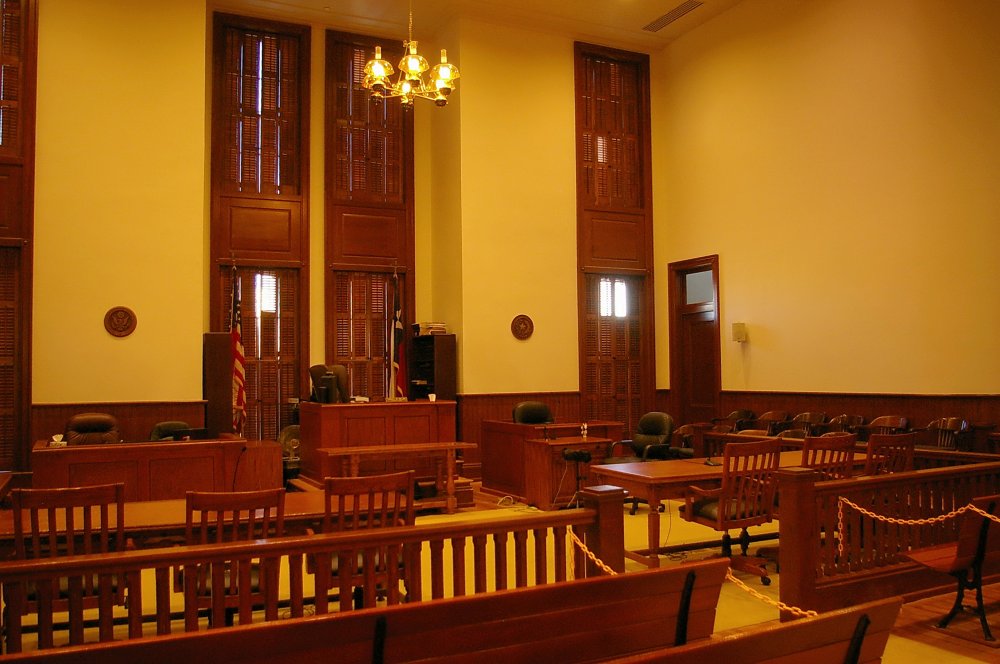 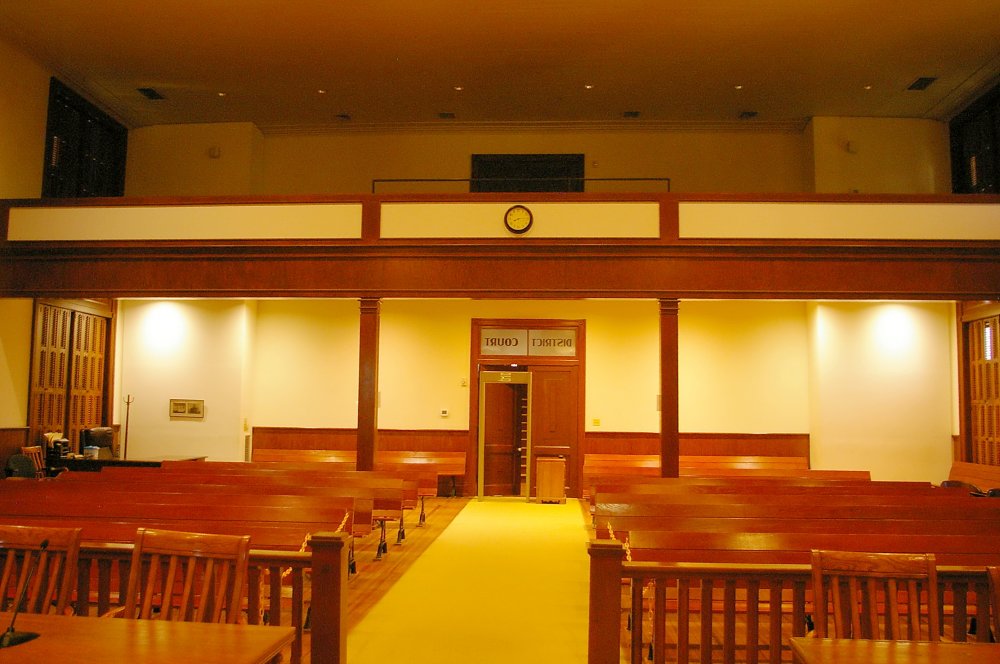 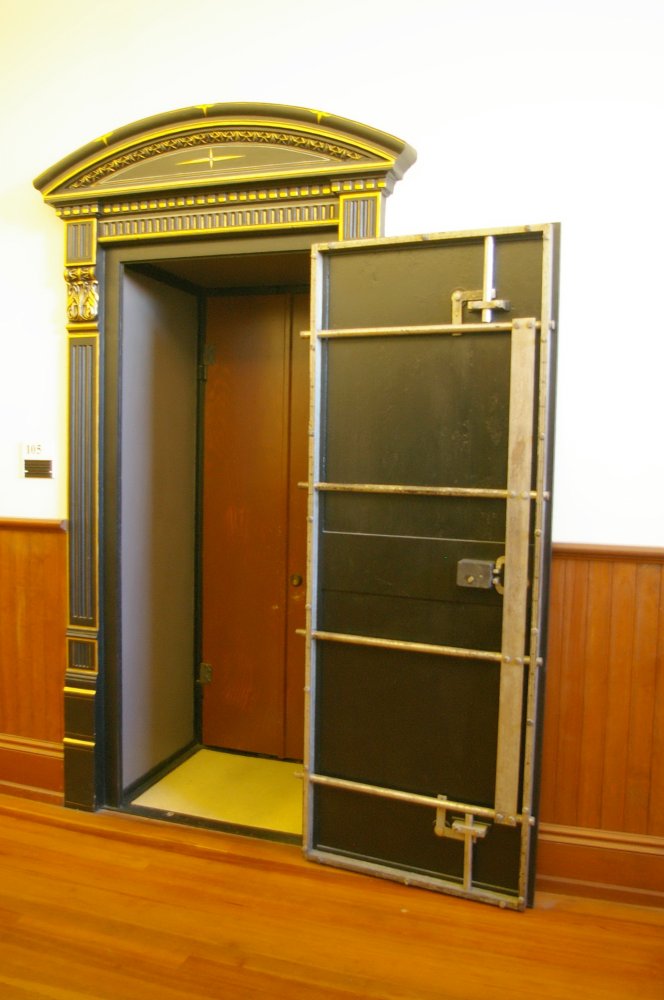 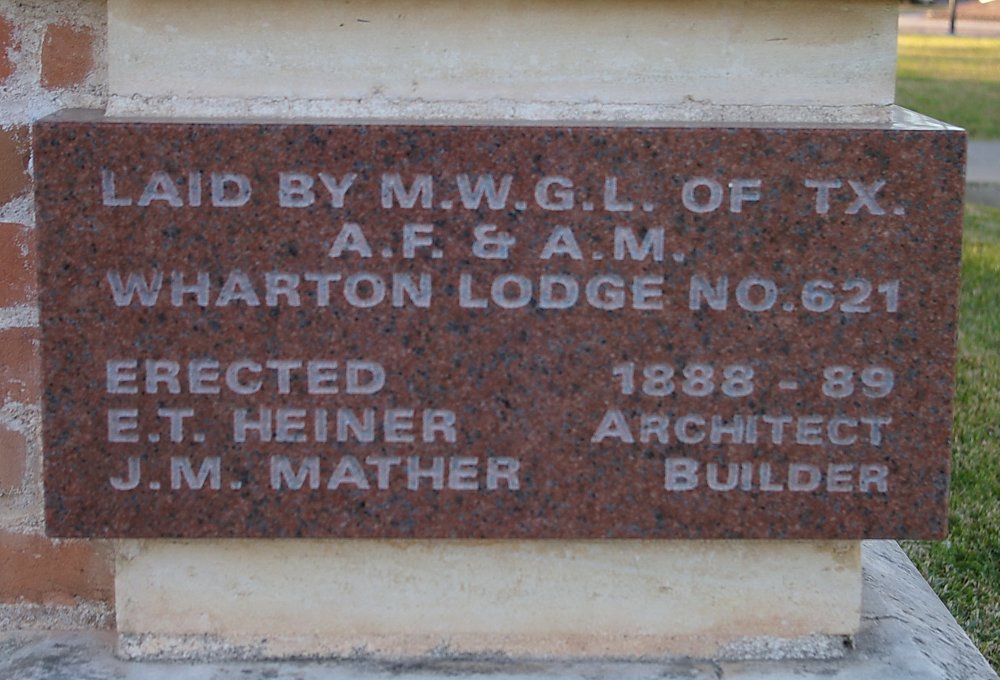 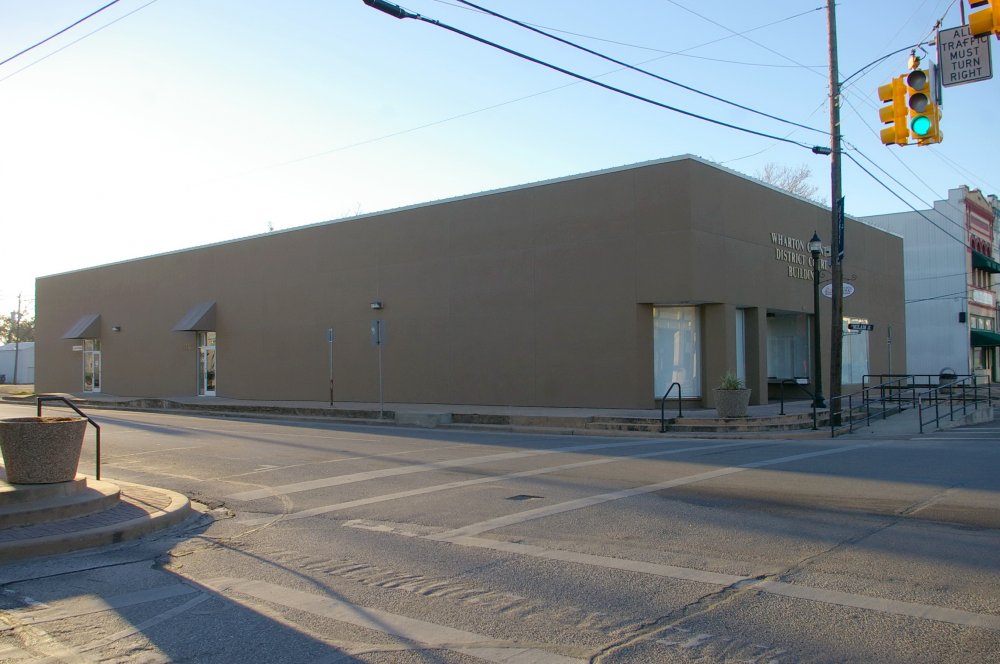