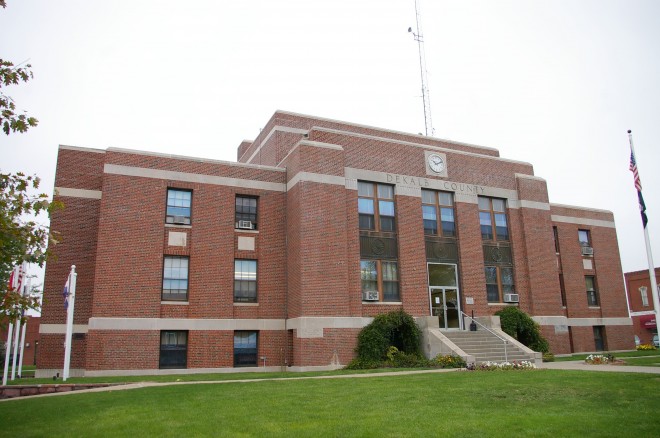 DeKalb County is named for Johann, Baron de Kalb, who was an American Revolutionary War hero and who lived from 1721 to 1780.

Description: The building faces south and is a two story red colored brick, stone and concrete structure. The building is located on landscaped grounds of the Courthouse Square in the center of Maysville. The rectangular shaped building is 110 feet by 55 feet. The south center section projects from the main building and has vertical windows with the center at the center of the first story and at the top is a clock. The east and west wings are lower. Bands of horizontal stone run below the first story windows and above the second story windows. The interior contains two wide halls on the first story and a pair of stairs leading to the second story where the courtroom is located.

History:  The county was created in 1845 and Maysville was selected as the county seat. The first court met in private homes. The first courthouse was a log cabin purchased in 1848 on the east side of the public square. The second courthouse was a brick structure designed by Abram Barger, who was the superintendent, and was built by George W C McPherson in 1851 to 1852 at a cost of approximately $3,750. The building was destroyed by fire on Christmas night in 1878. The third courthouse was designed by Edmond J Eckel and George R Mann of St. Joseph and constructed by Eyre Sitzer, S H Richards and J Y Nesbit in 1885 at a cost of $32,000. The fourth and present courthouse was constructed in 1939 at a cost of $59,000. 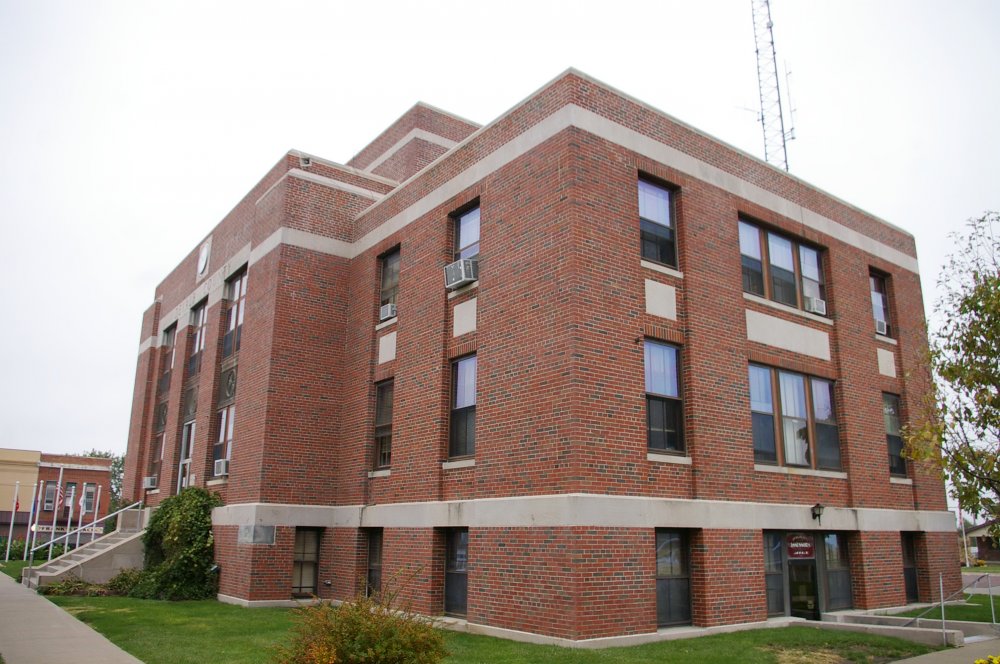 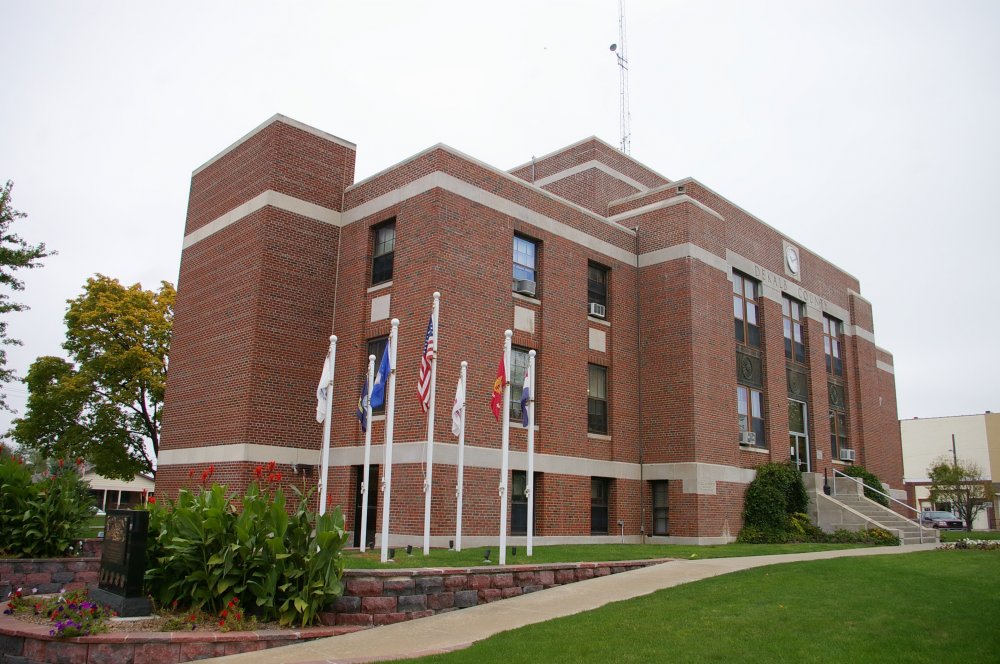 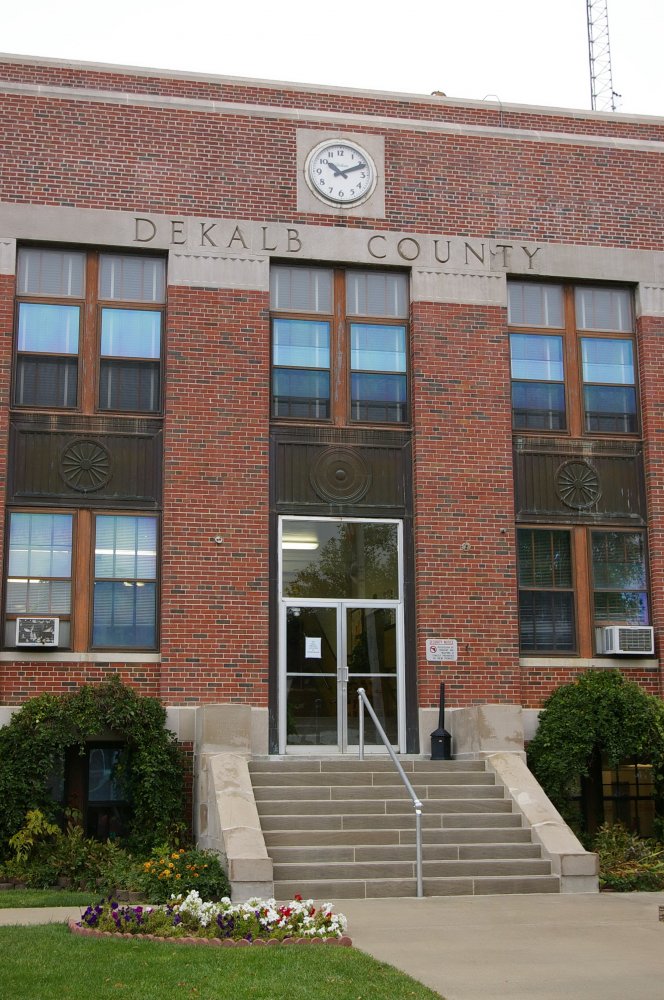 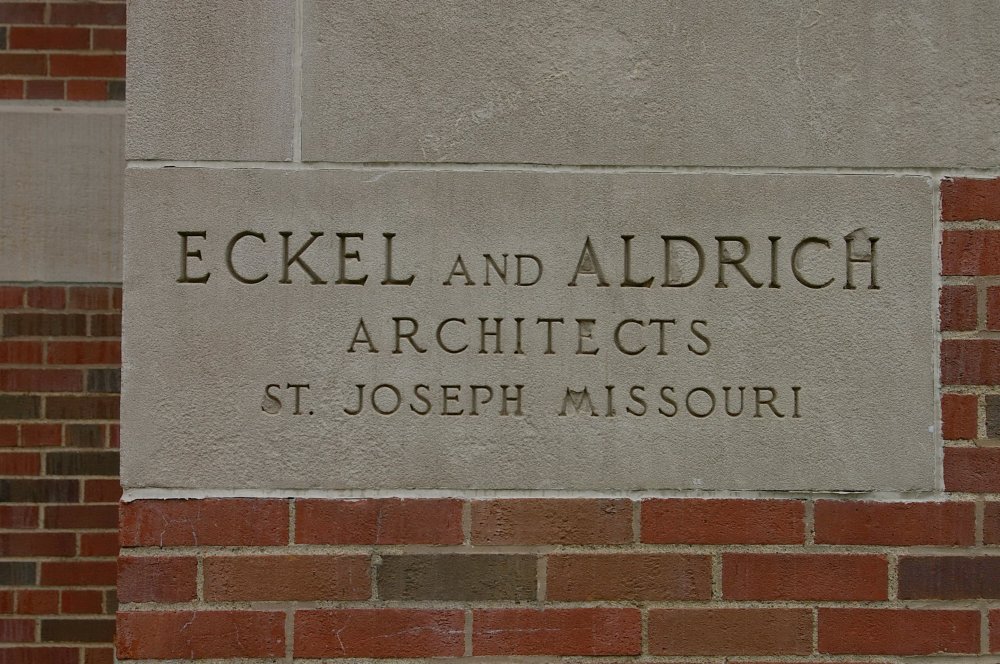 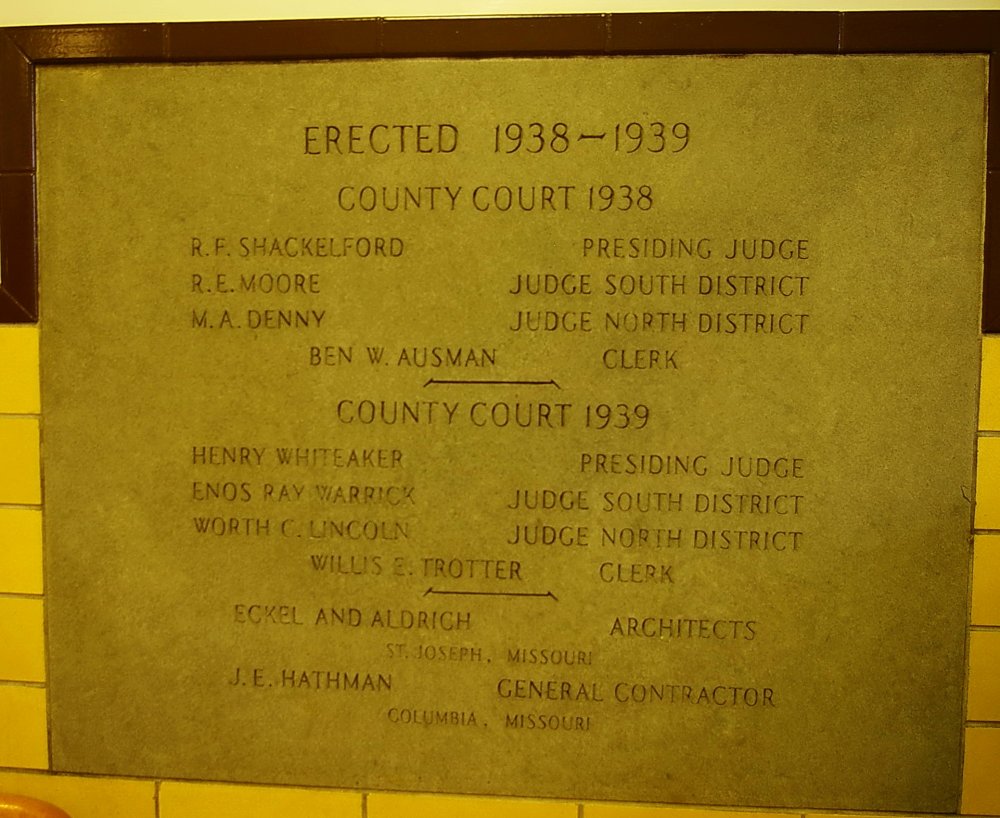 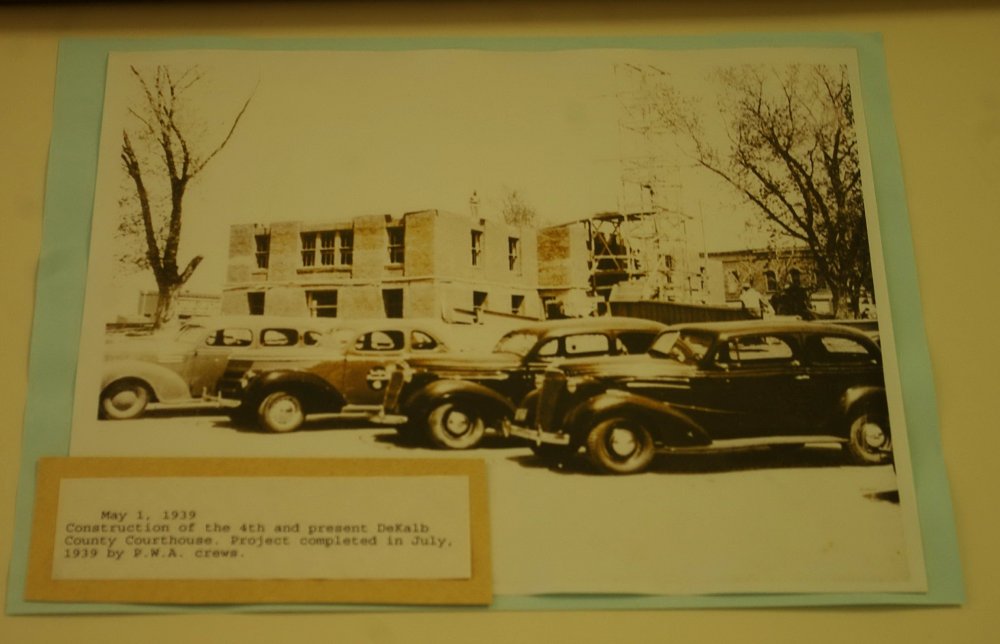 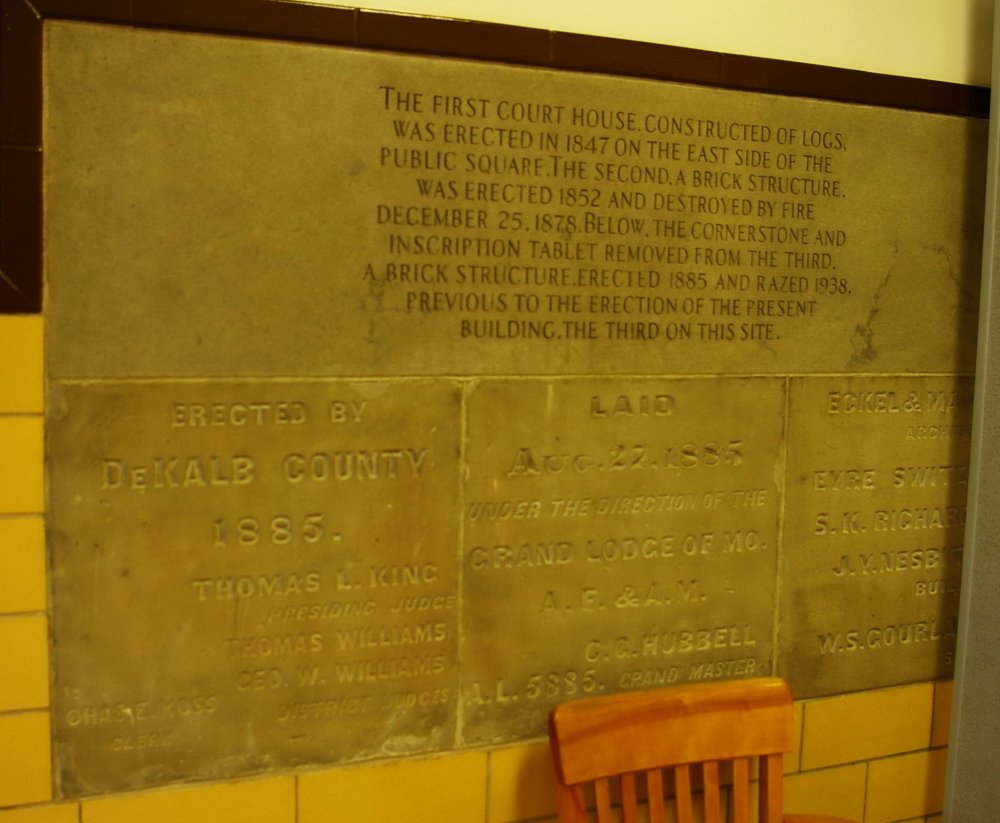