Nodaway County is named for the Nodaway River which is named after a Potawatomi Indian word meaning “placid” or “jump over the river”, or from the Algonquin word meaning “snake or “enemy”.

E – Worth County and Gentry County

Description:  The building faces west and is a two story red colored brick and stone structure. The building is located on landscaped grounds of Courthouse Square in the center of Maryville. The building faces is 76 feet by 111 feet and is trimmed with sandstone. A white colored stone portico is at the first story on the west front. Above the portico rises a high thin brick clock tower with steep roof. The windows are trimmed with white stone. There are dormers in the roof. Alterations were made in 1932. 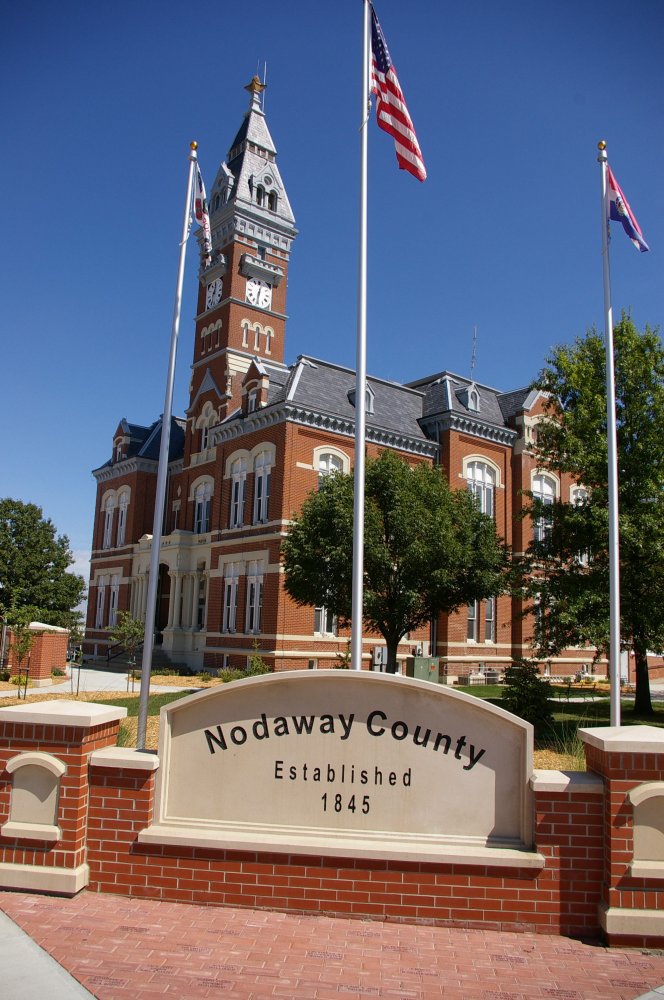 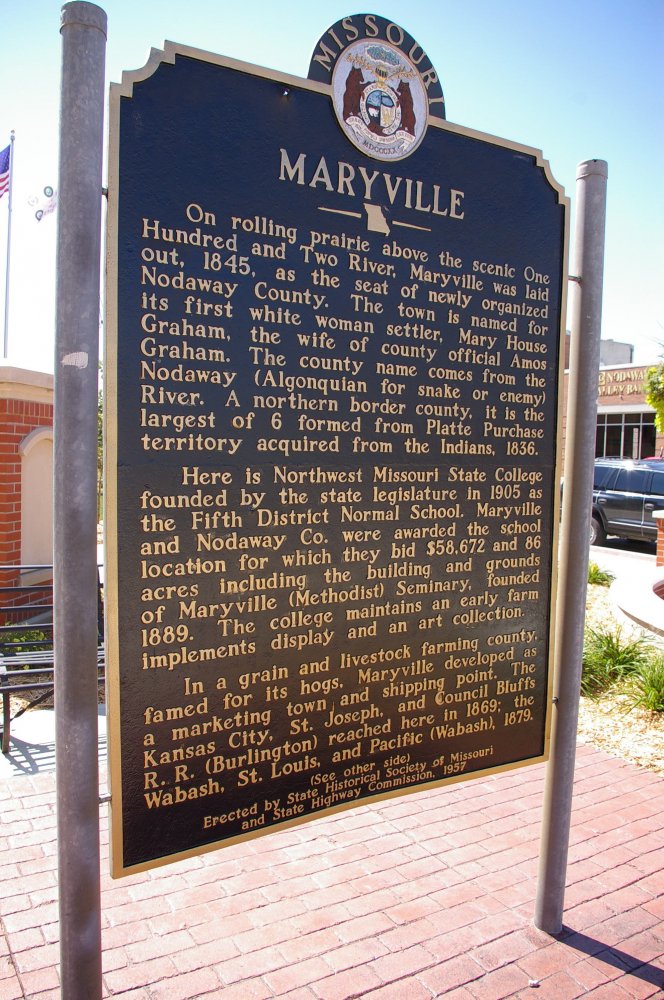 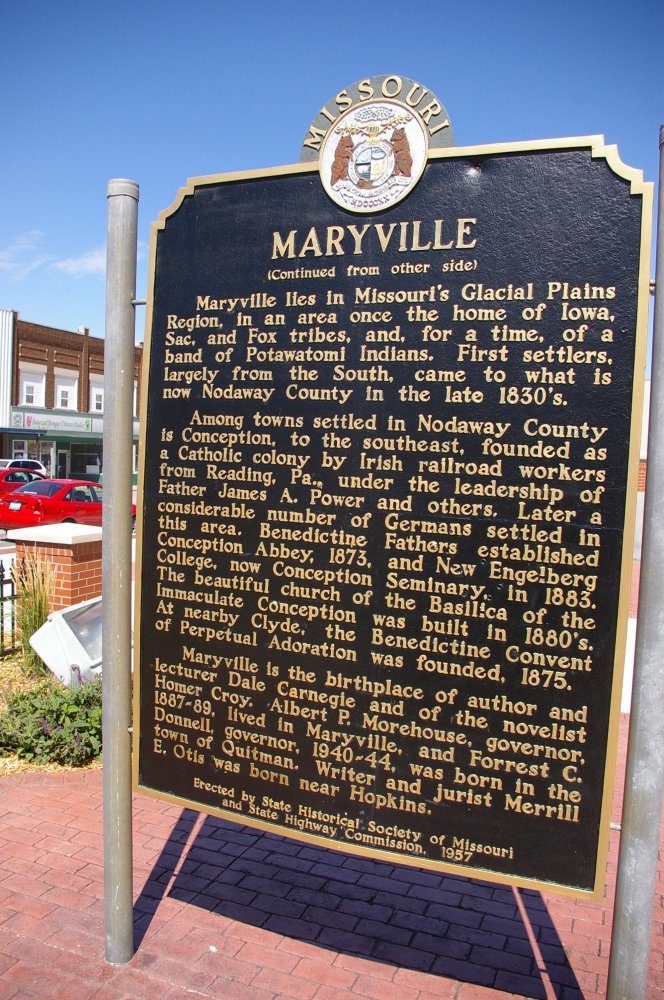