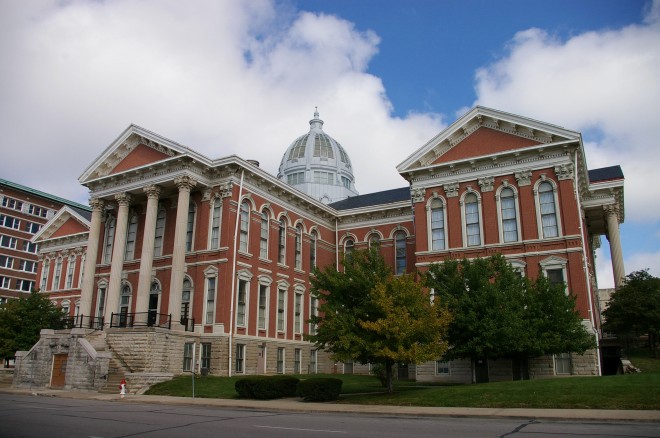 Buchanan County is named for James Buchanan, who was a United States senator from Pennsylvania and President of the United States.

Description: The building faces south and is a three story red colored brick and stone structure. The building is located on landscaped grounds in the center of St. Joseph. The building forms s Greek cross measuring 235 feet by 205 feet. The south portico projects from the main building with four large columns rising to the top of the second story with a pediment above at the roof line. There are similar porticos on the east and west sides. In the center of the building is 40 foot circumference dome. In the interior,  the corridors on the first story are painted in beige on the lower third and green on the upper two-thirds. There are red colored marble baseboards and the floors have an over all pattern tile of small green colored crosses. The State Seal is centered on the rotunda floor. The stairways of wrought iron and wood in the northwest and northeast corners of the rotunda ascend to the second story. The County Circuit Court courtroom is located on the second story. The main courtroom is located in the south end of the south wing. The walls are painted green and have cream-colored woodwork. The building houses the County Circuit Court of the 5th Judicial Circuit. The building was rebuilt in 1885 after a fire gutted the interior with R K Allen as architect and contractor. There was an extensive restoration in 1979. On the north side is the County Law Enforcement Center.

Note:  The courthouse served as the scene of the trial of the Ford brothers for the murder of Jesse James. 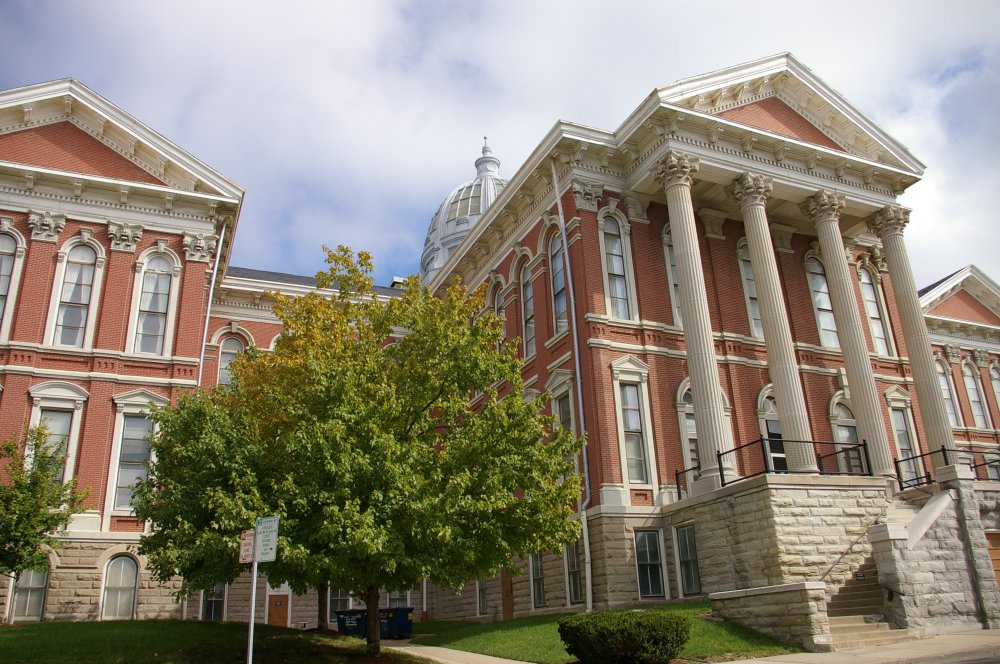 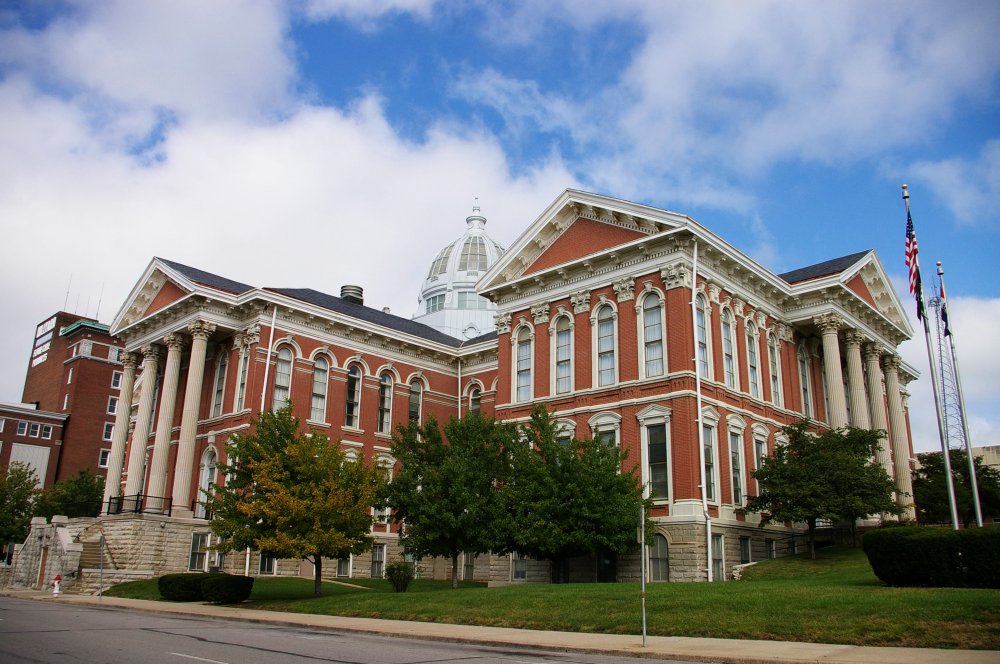 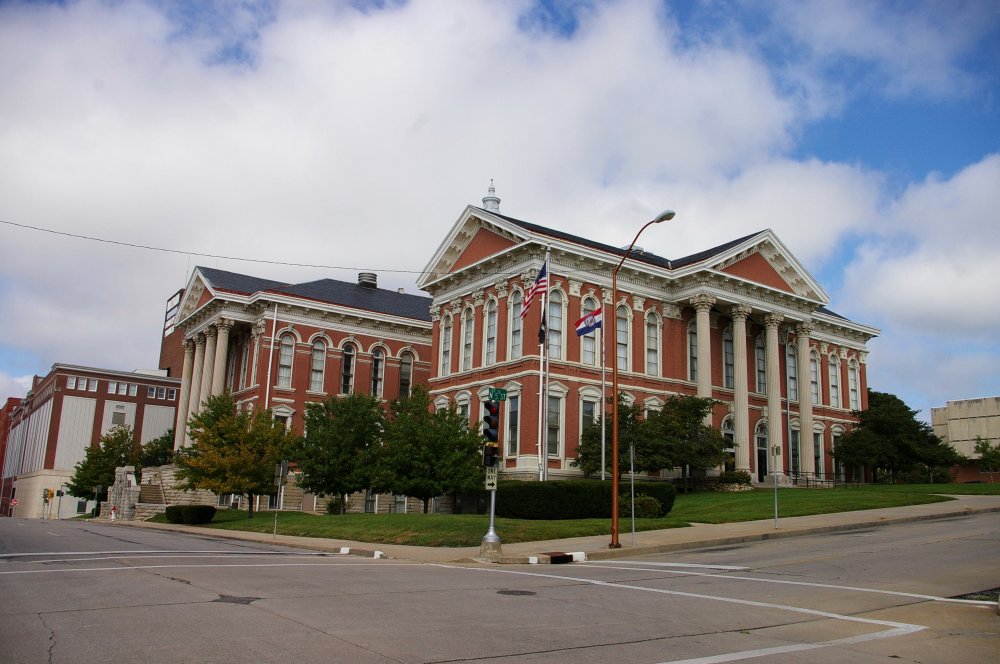 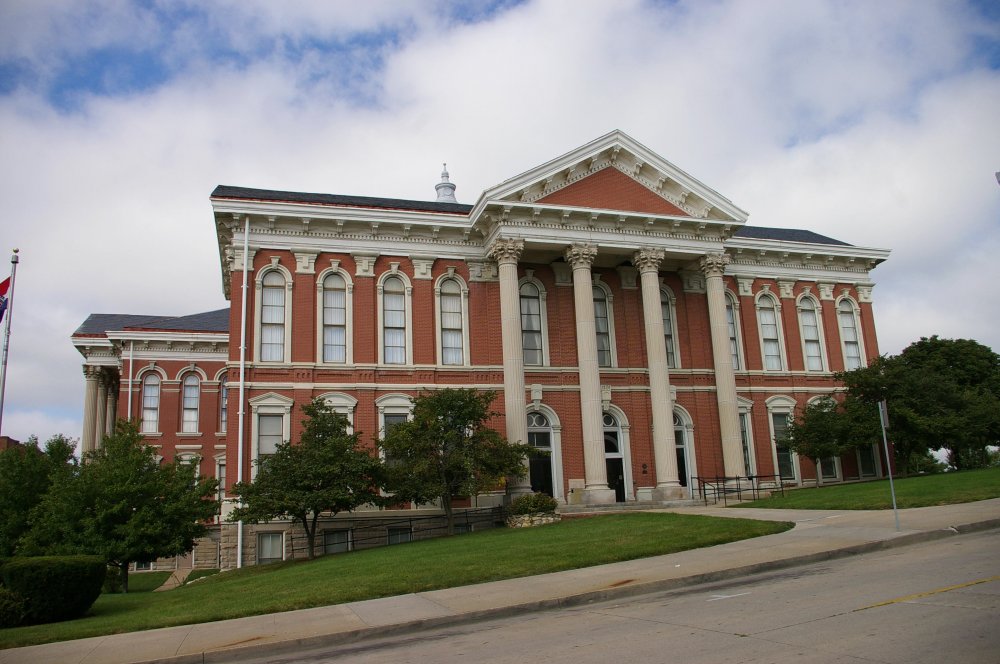 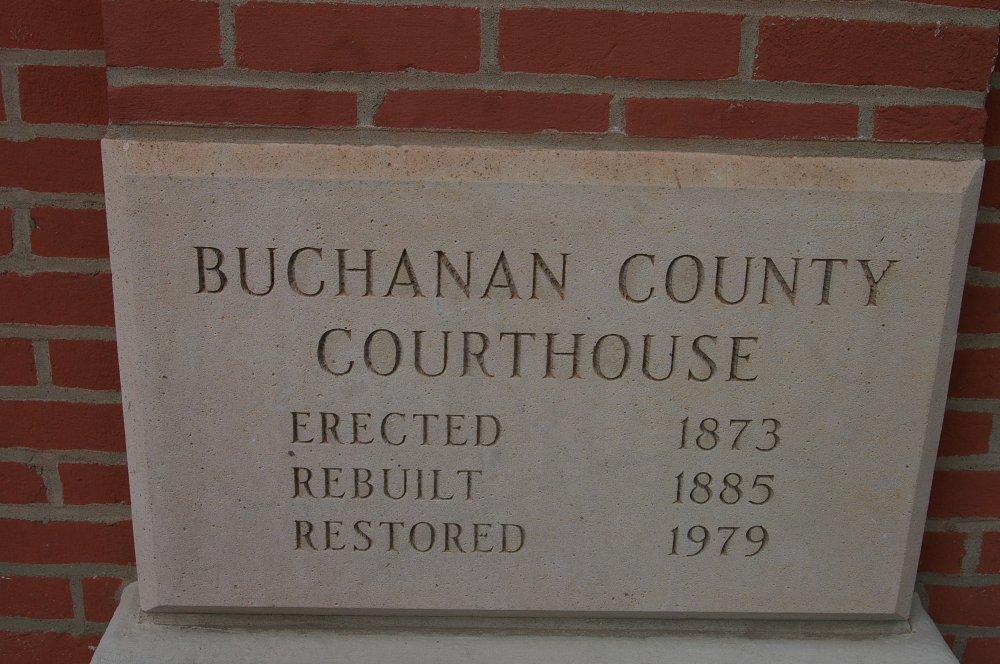 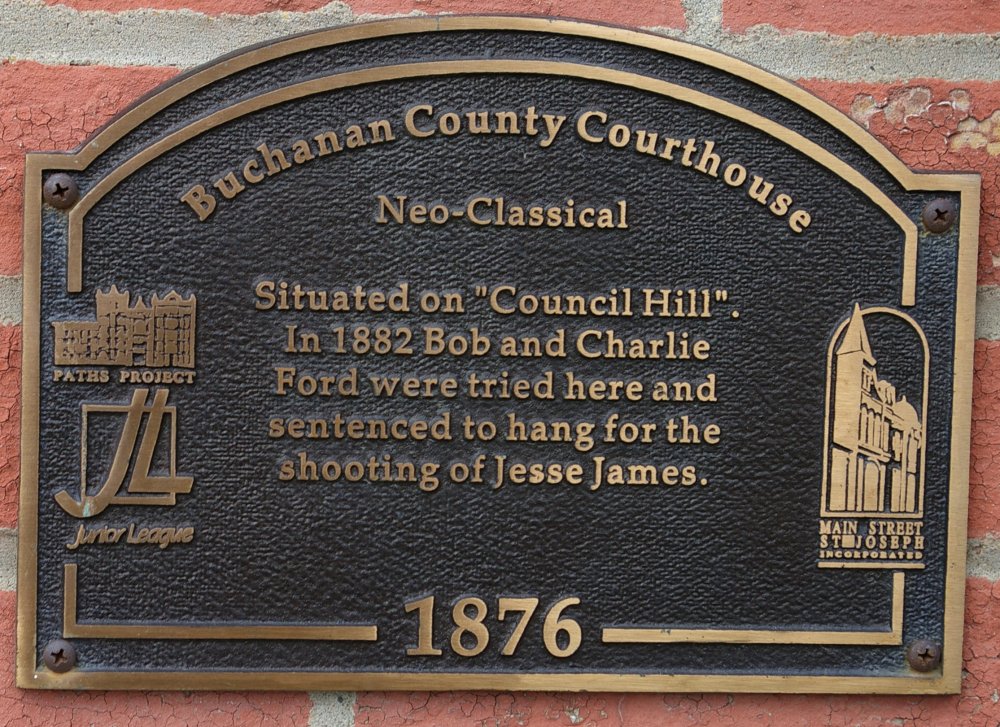 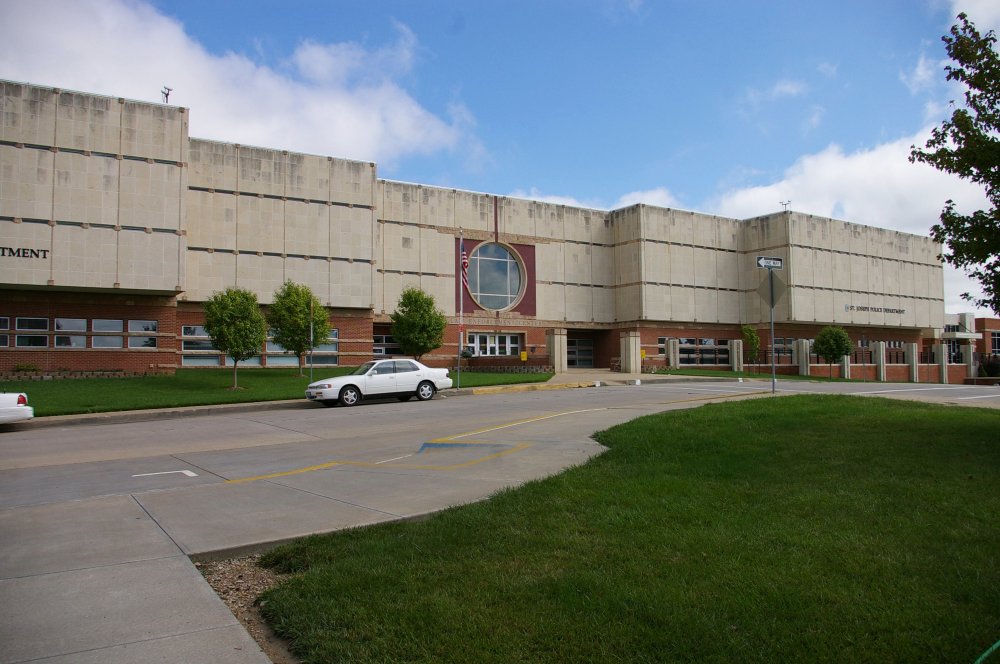