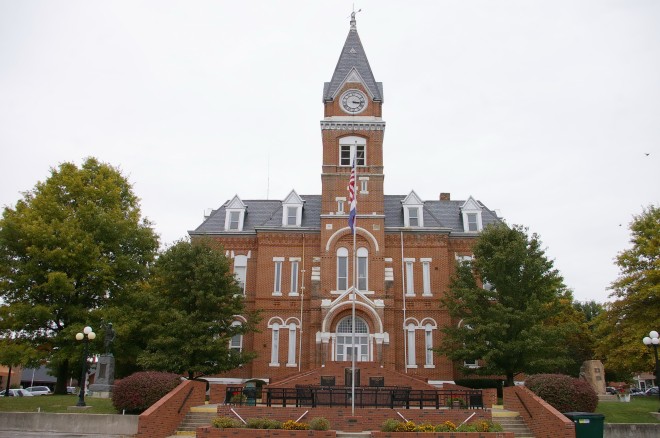 Gentry County is named for Richard Gentry, who was from Boone County in Missouri and who was a soldier in the Seminole War of 1837. 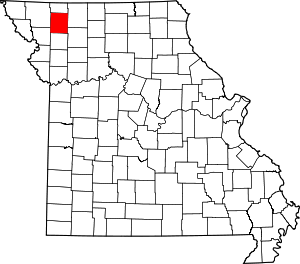 Description:  The building faces south and is a three story red colored brick and stone structure. The building is located on landscaped grounds in the center of Albany.The exterior of the building is faced with St Joseph pressed brick and the decorative trim is sandstone from Porkville, Missouri. The building has a large square tower with large arch at the first story entrance and rising to a clock with peaked roof above. There is a mansard roof with dormers with bracketed eaves and decorative arched drip molding. The east and west wings project from the main building. There are dormers on the third story. In the interior, the ceiling in the central hall is still fourteen (14) feet above the floor and is covered with pressed tin. The corridors are floored with marble parquet. The two main stairways to the second floor are wood. There is a skylight above the stairs in the south portions of the building. 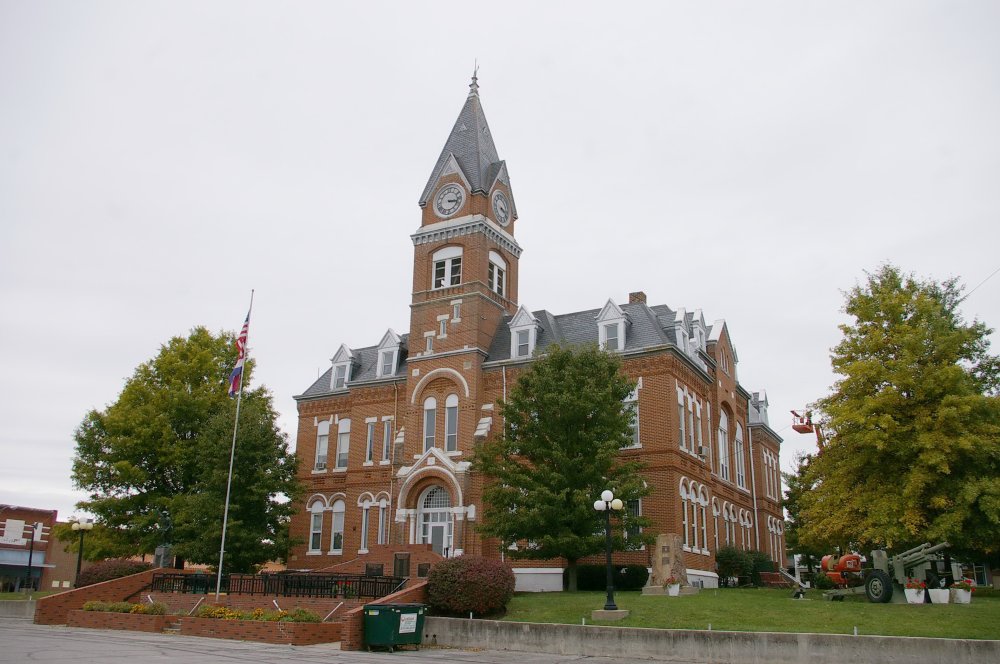 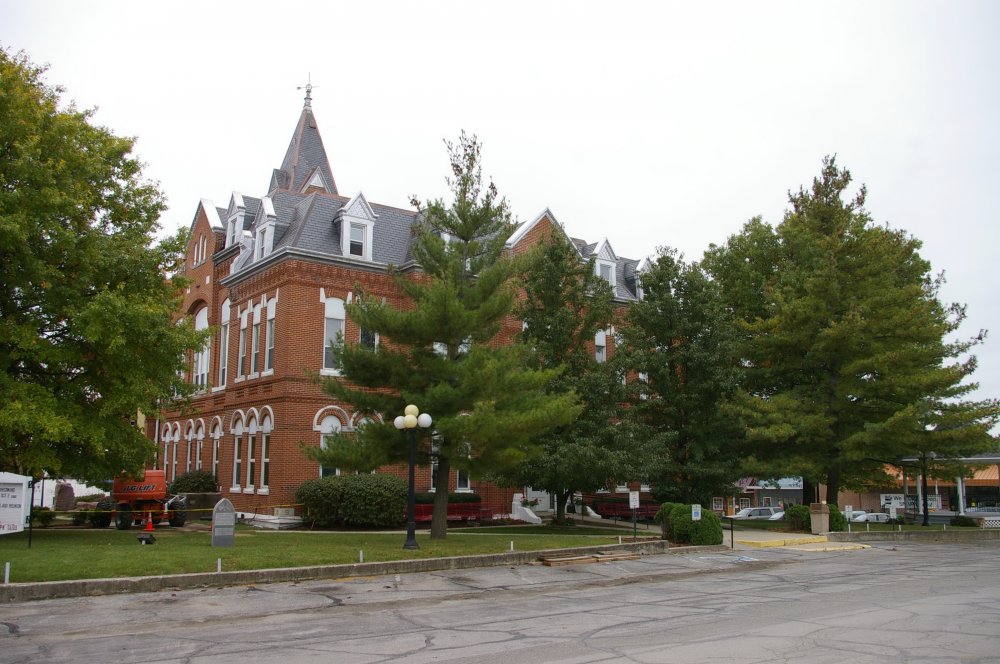 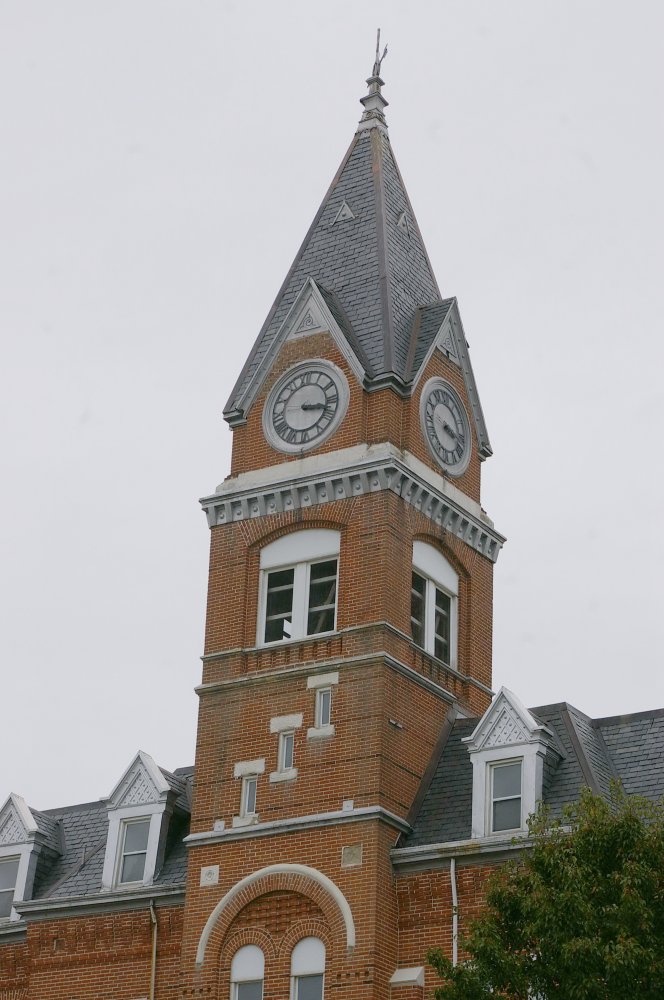 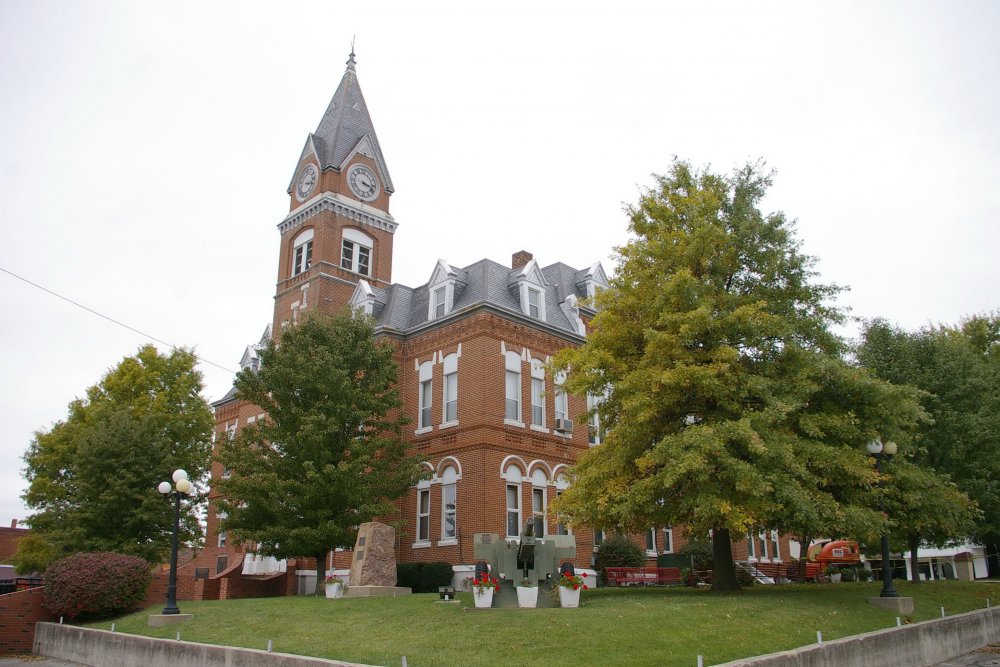 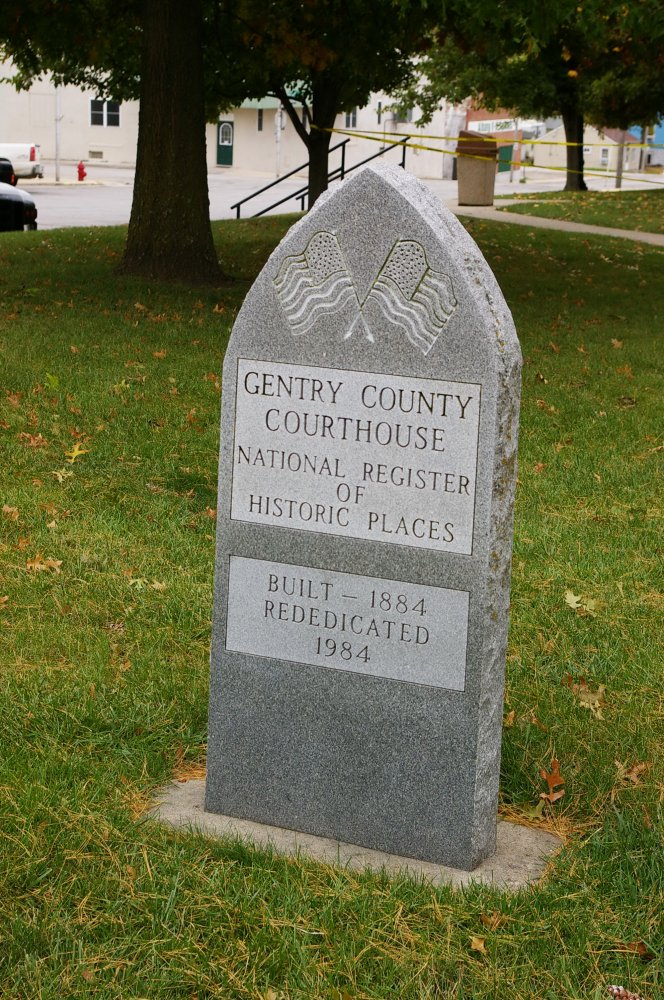 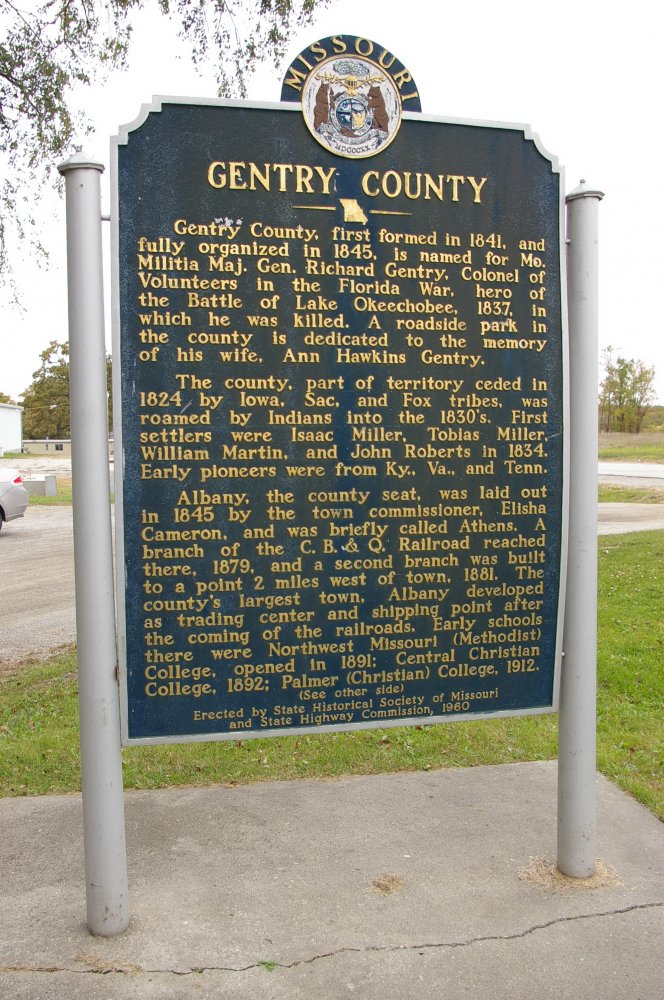 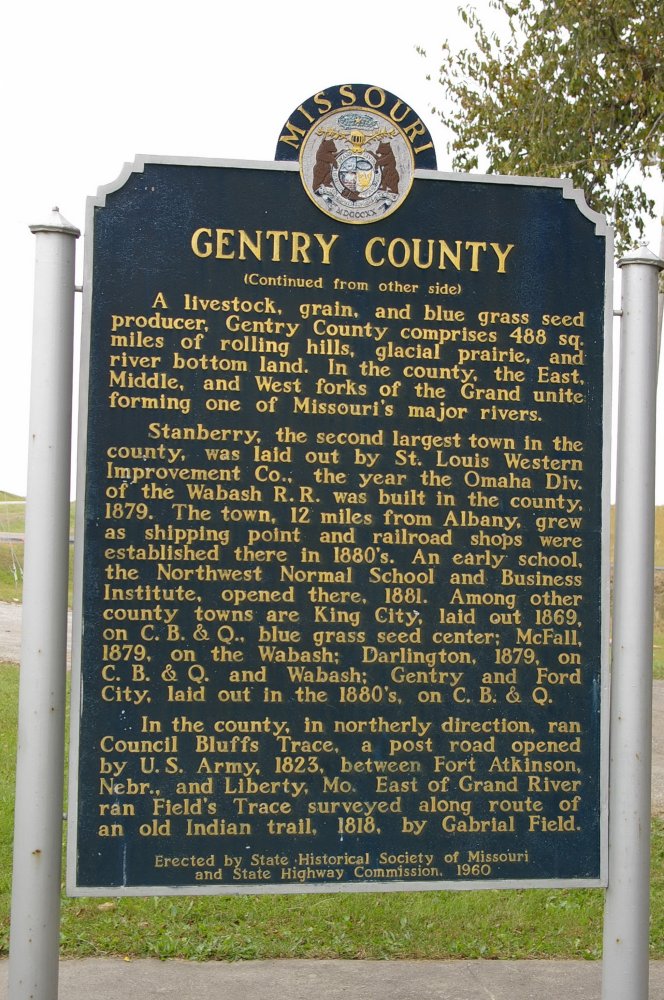