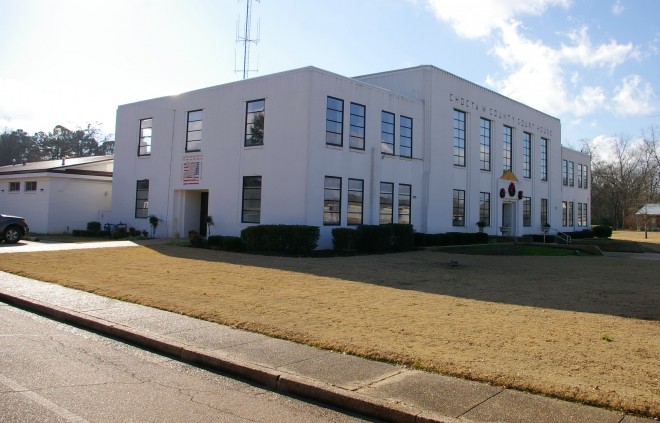 Choctaw County is named for the Choctaw Native American tribe and the word means “separation”.

Description:  The building faces north and is a two story white colored stucco and concrete structure. The building is located on spacious landscaped grounds in the center of Ackerman. The center section has a central entrance with eagle over the doorway. The east and west wings are slightly recessed and are lower in height. The roof line is flat. This is a Works Project Administration project. The courtroom is located in the center of the second story. The building houses the County Circuit Court of the 5th Judicial District, County Chancery Court, County Youth Court and County Justice Court. The construction supervisors were J F Lee and F D Alford. On the south side is the old County Jail. 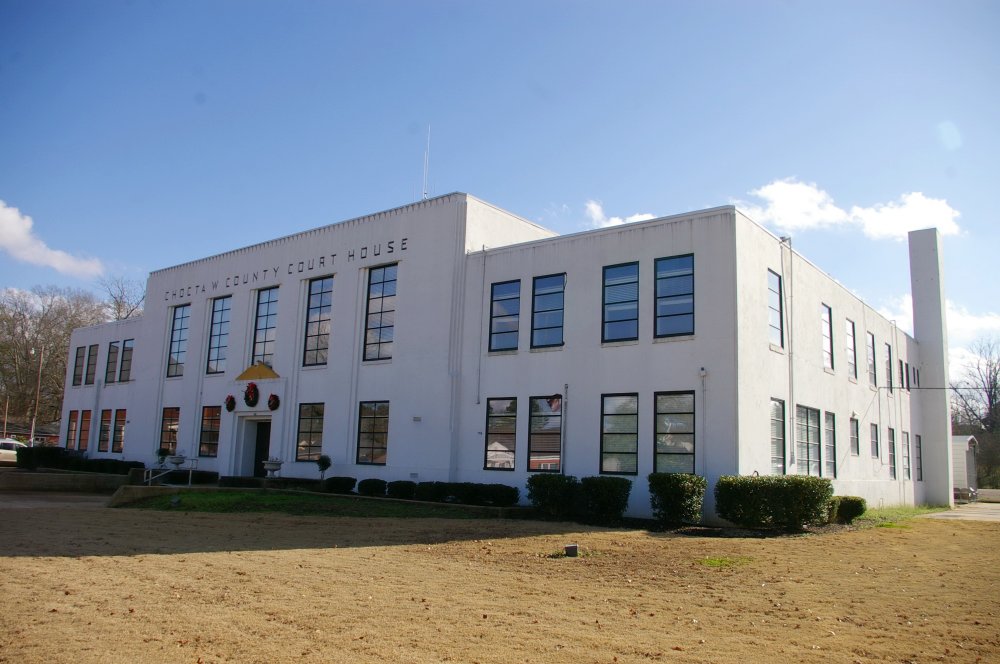 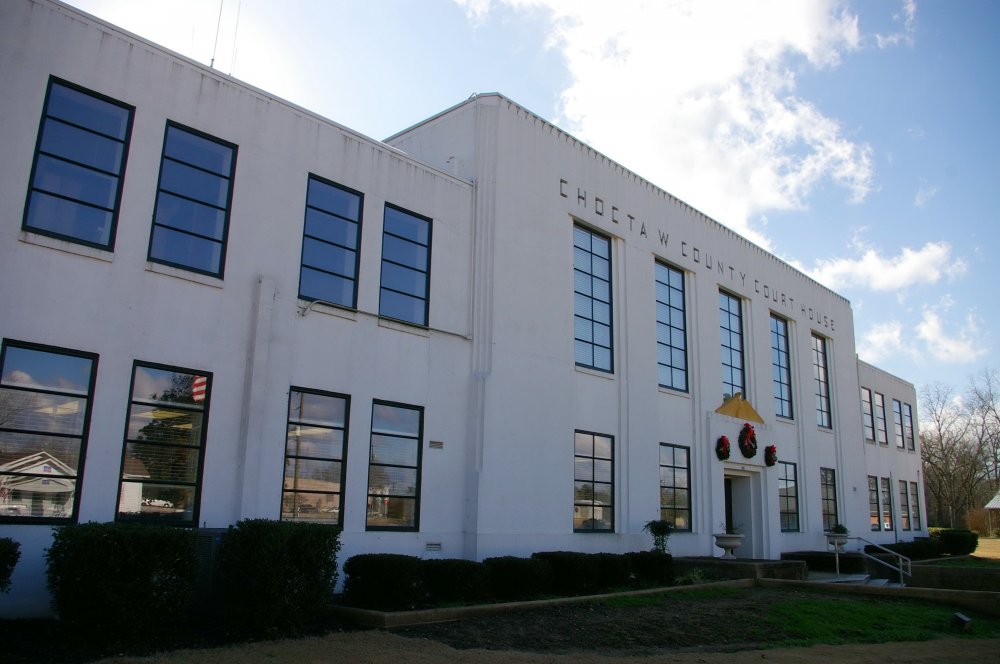 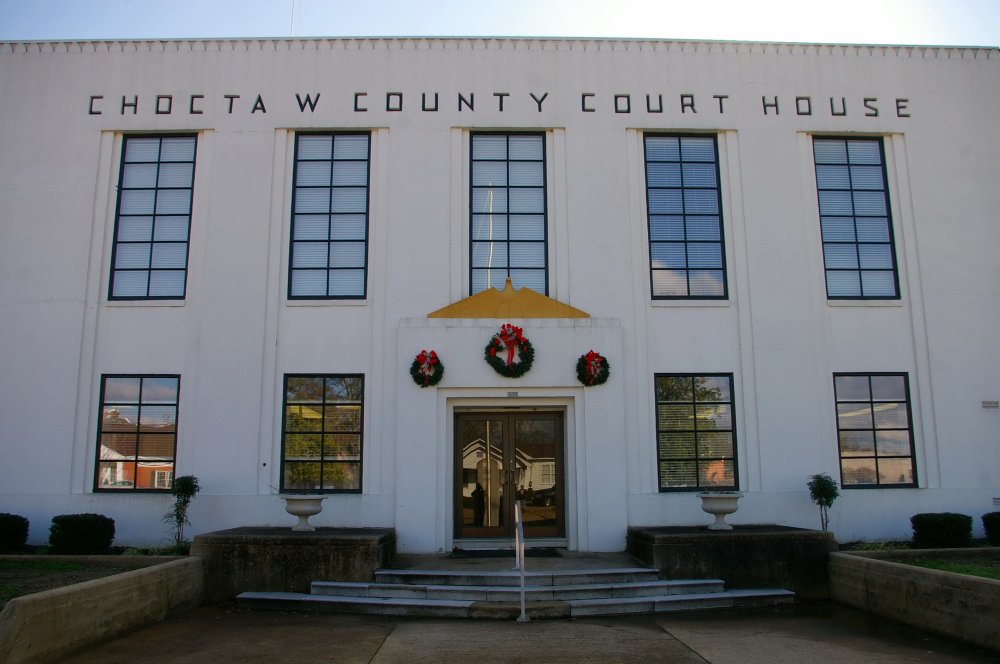 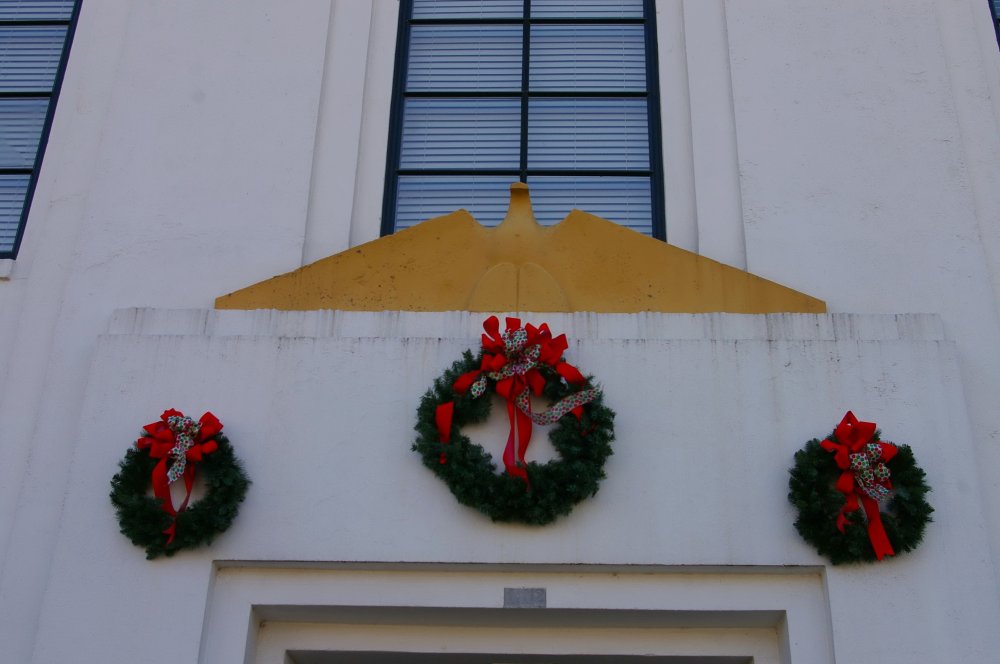 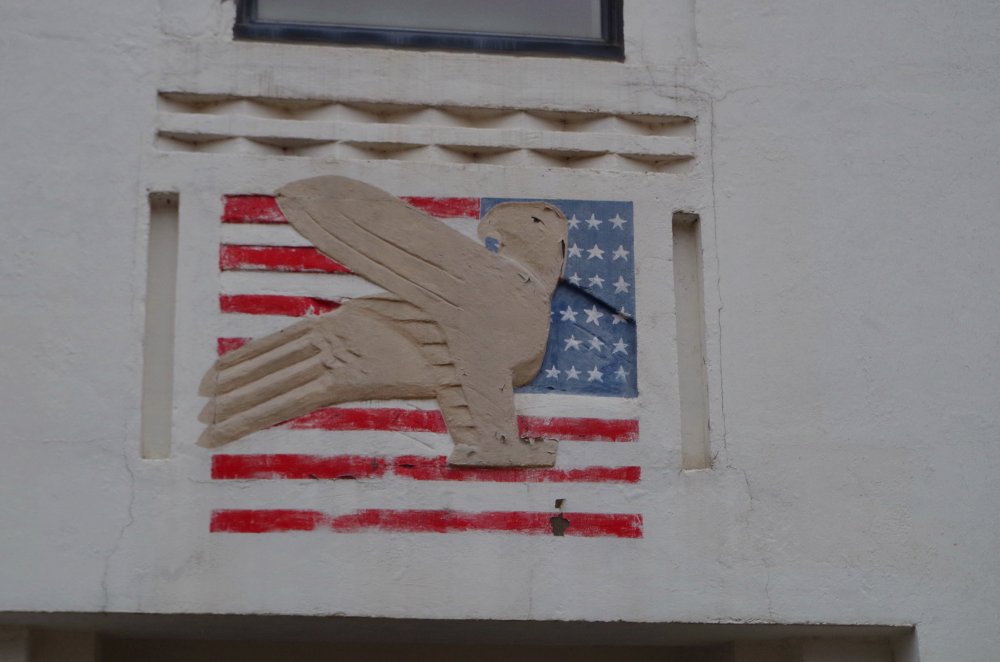 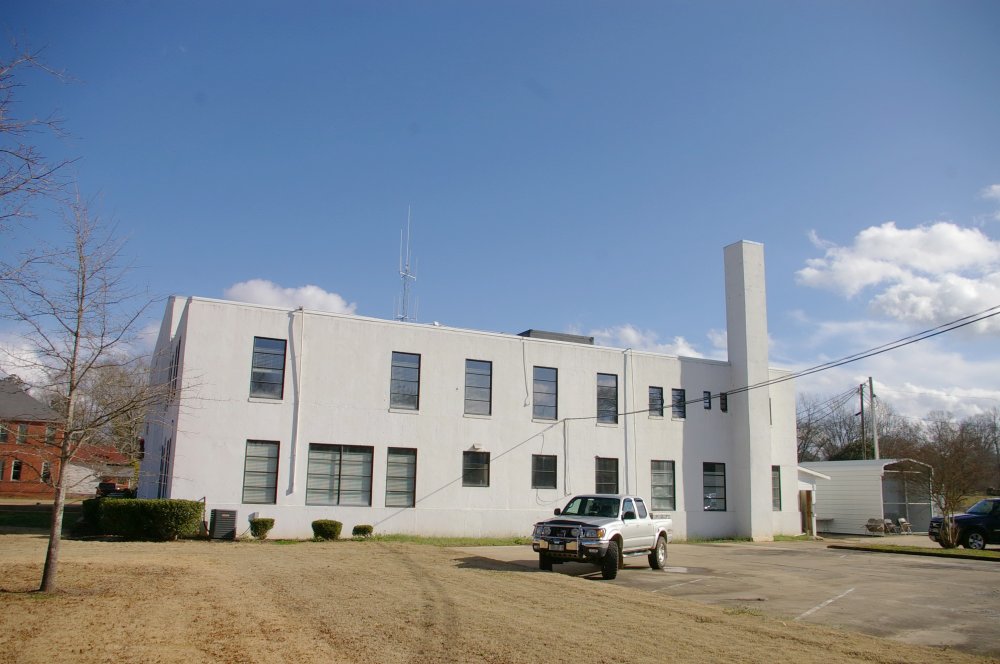 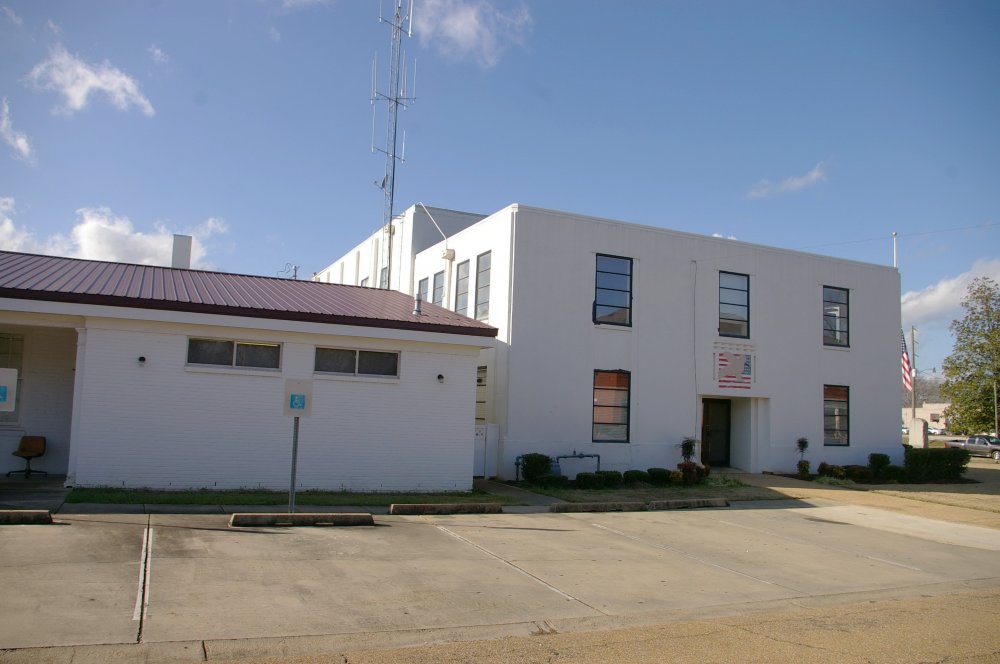 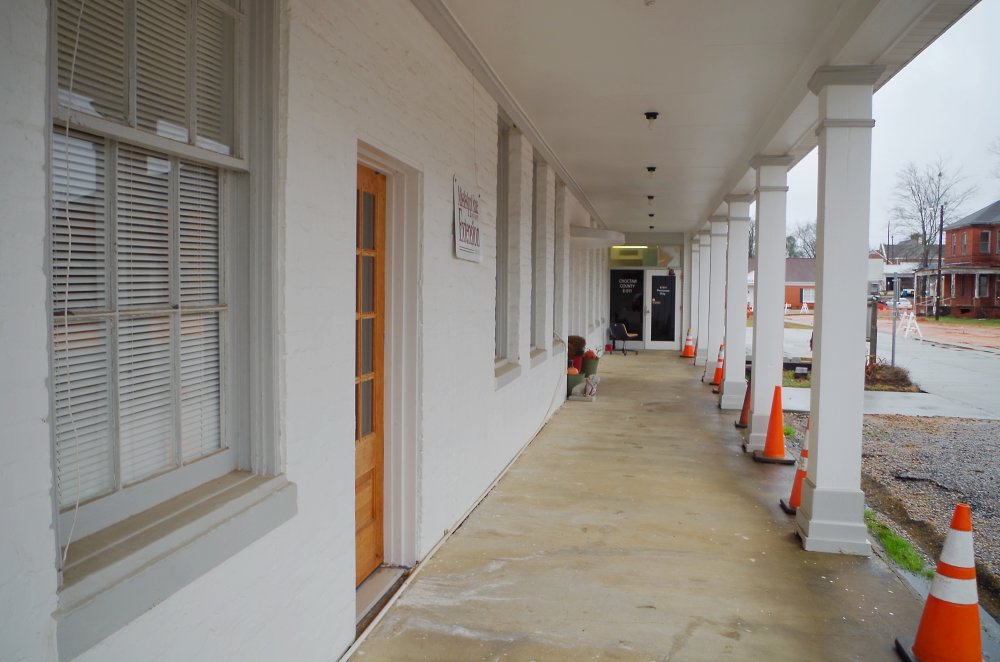 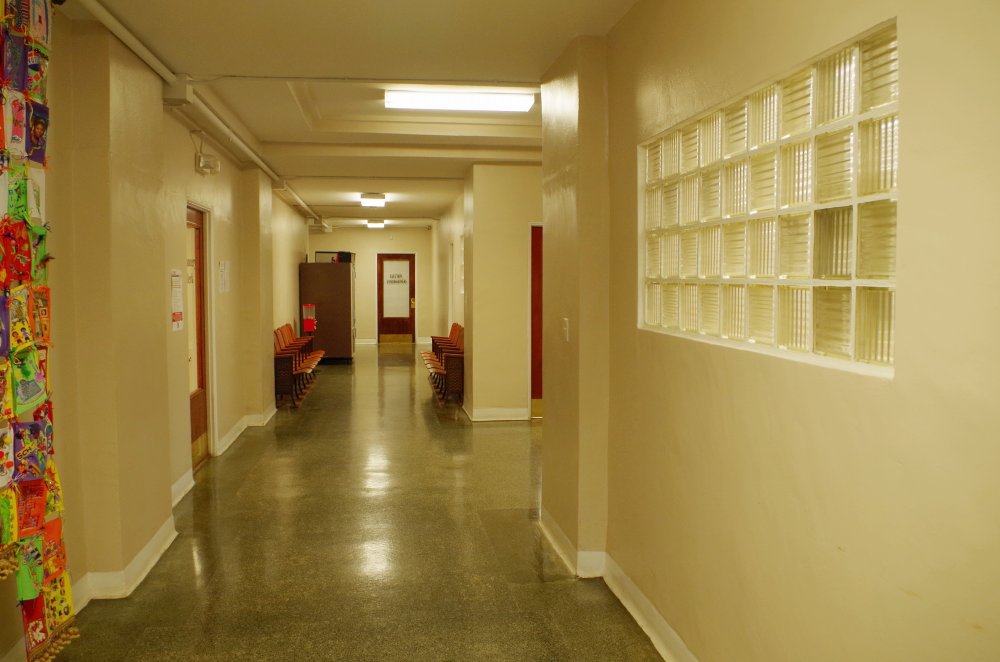 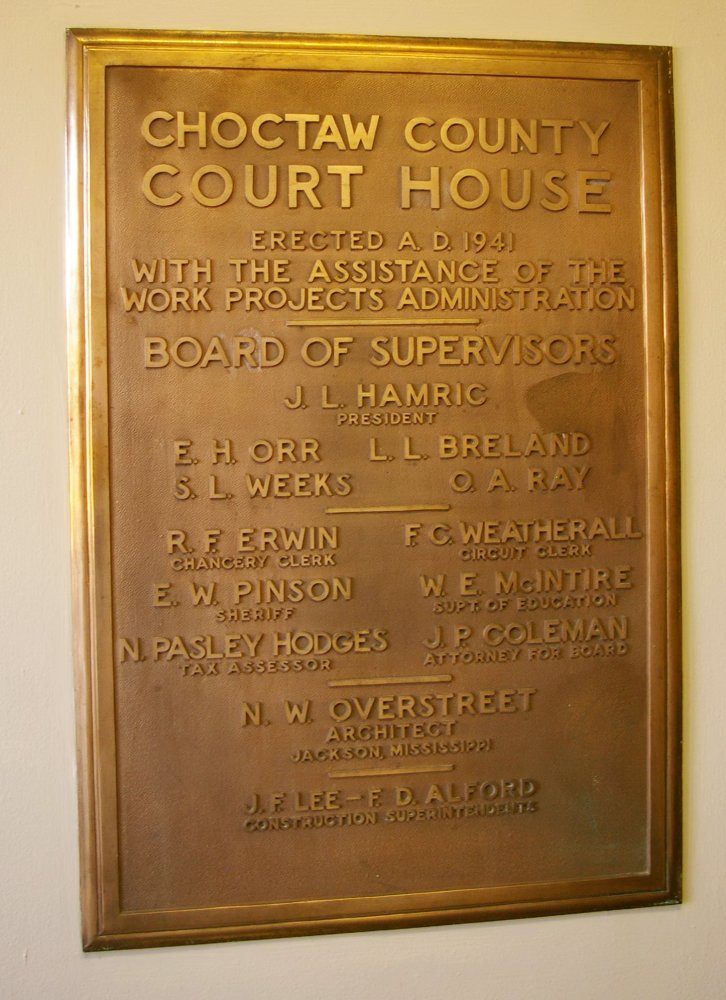