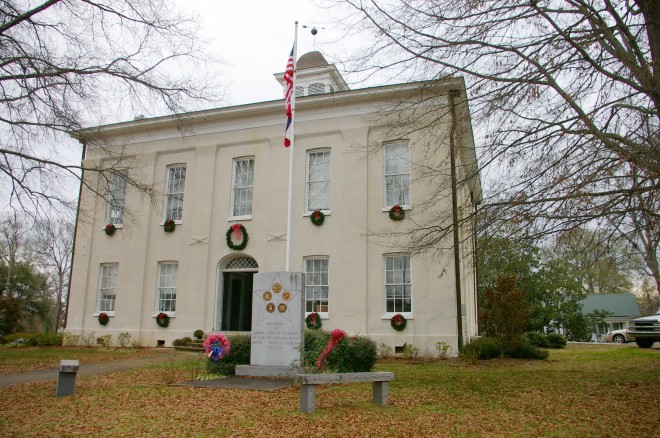 Description:  The building faces west and is a two story gray-white colored brick structure. The building is located on landscaped grounds in the center of Carrollton.The west front has a central entrance on the first story with fanlight above. The first story is open on three sides. On the center of the roof is a square white colored wood cupola with dome. The large courtroom is located on the second story. On the east side of the building is a one story addition. The building was renovated in 1979. The architect was Godfrey, Bassett & Tuminello. The building was restored in 1992. The architect was Clemmer & Clark and the contractor was Bounds Construction Company, Inc. 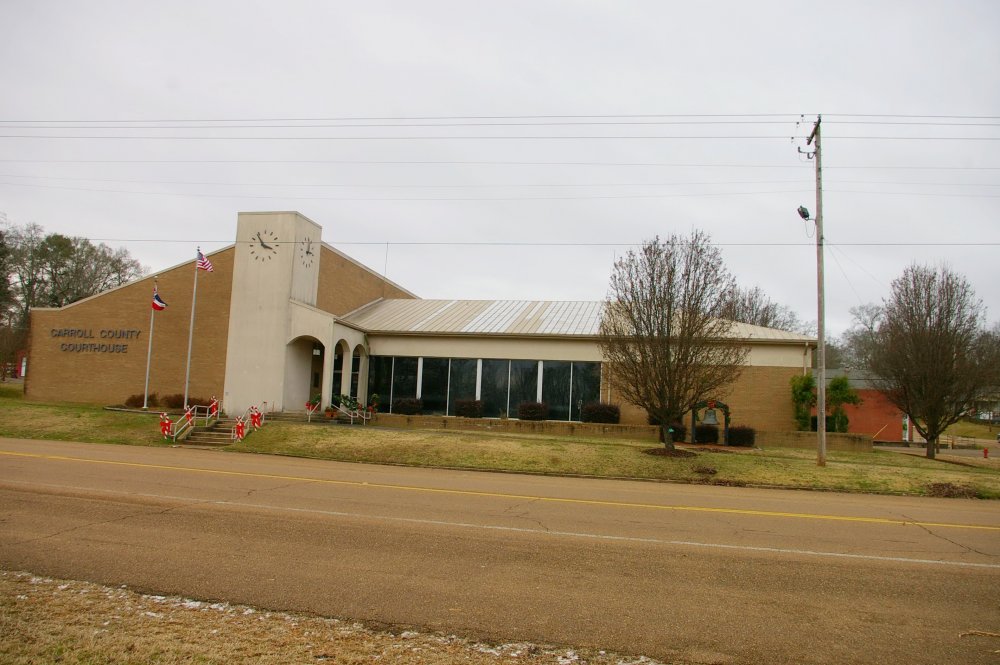 Description:  The building faces east and is a one story buff colored brick, concrete and glass structure. The building is located on landscaped grounds in the center of Vaiden. The east front has a south section with brick exterior and sloped roof adjoining a vertical square clock tower with large clock at the top. On the north side of the tower is an arched porch with the main entrance. The middle and north sections of the building have glass walls and a sloped roof. The courtroom is located on the south side of the building. 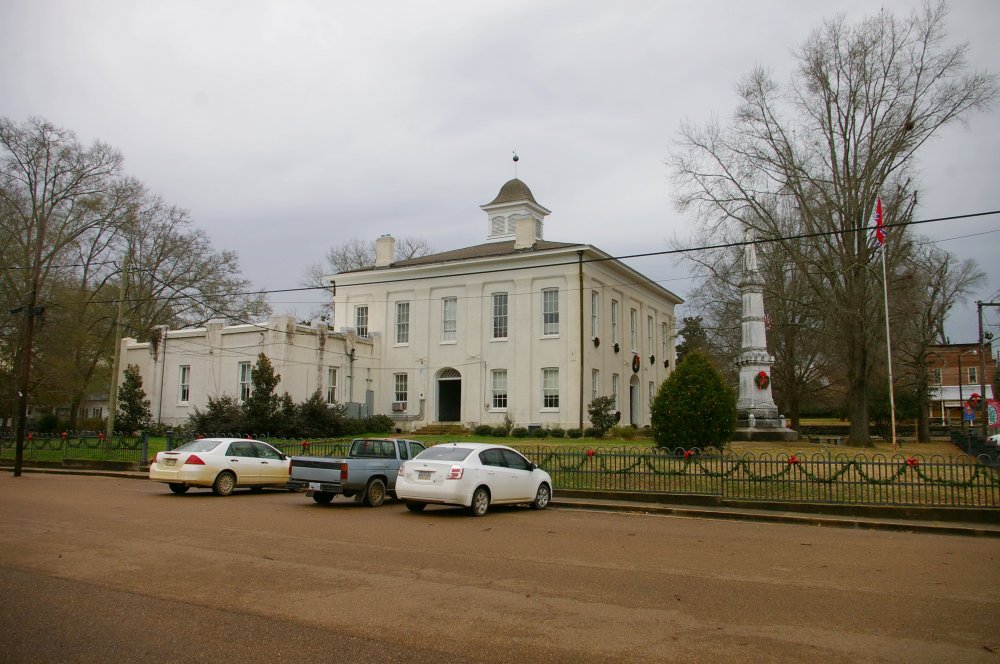 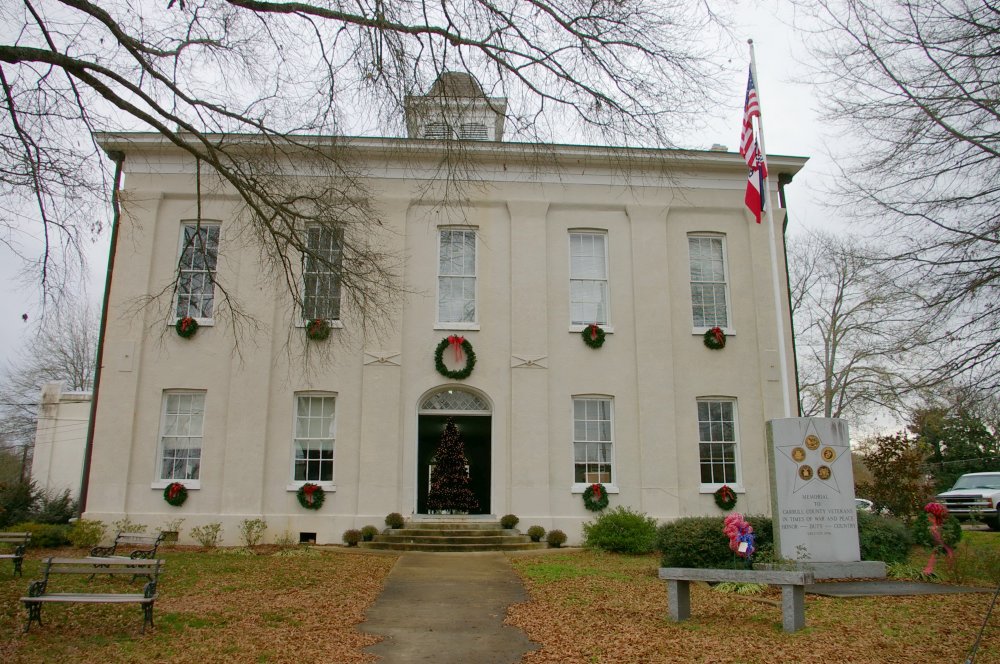 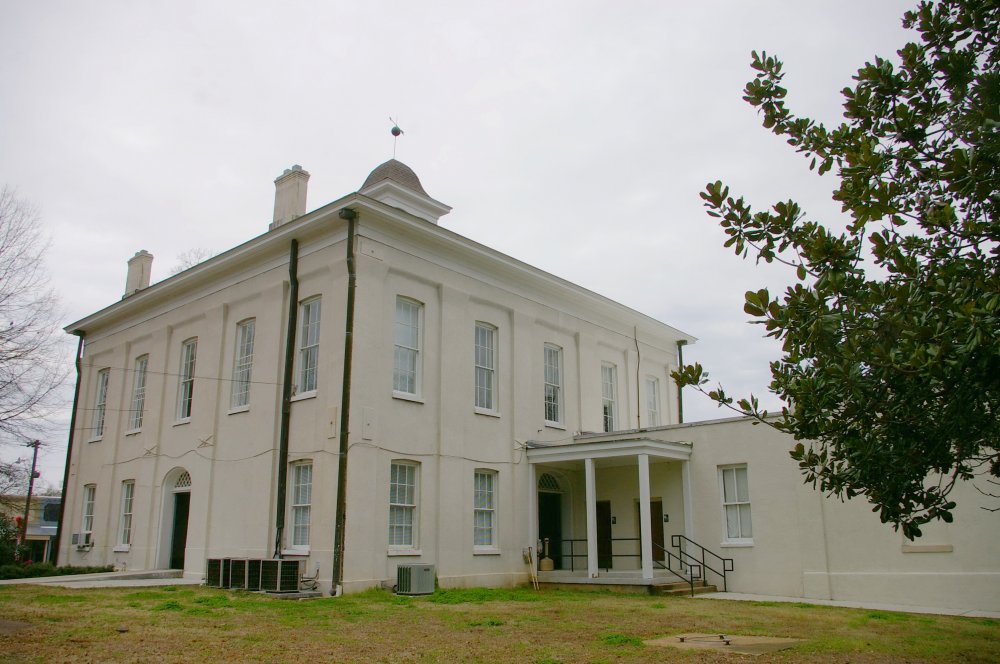 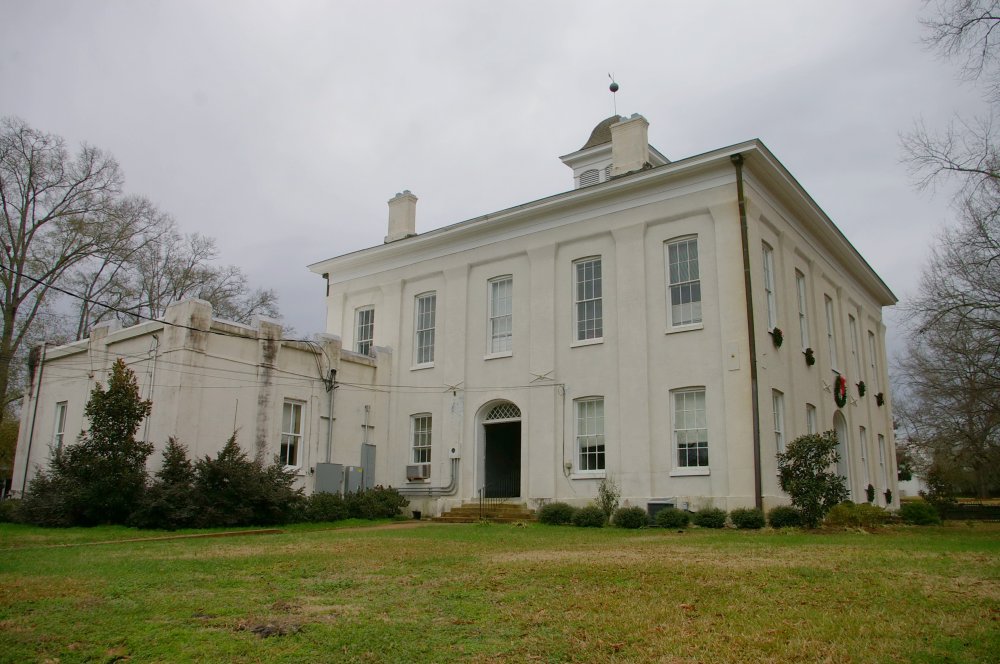 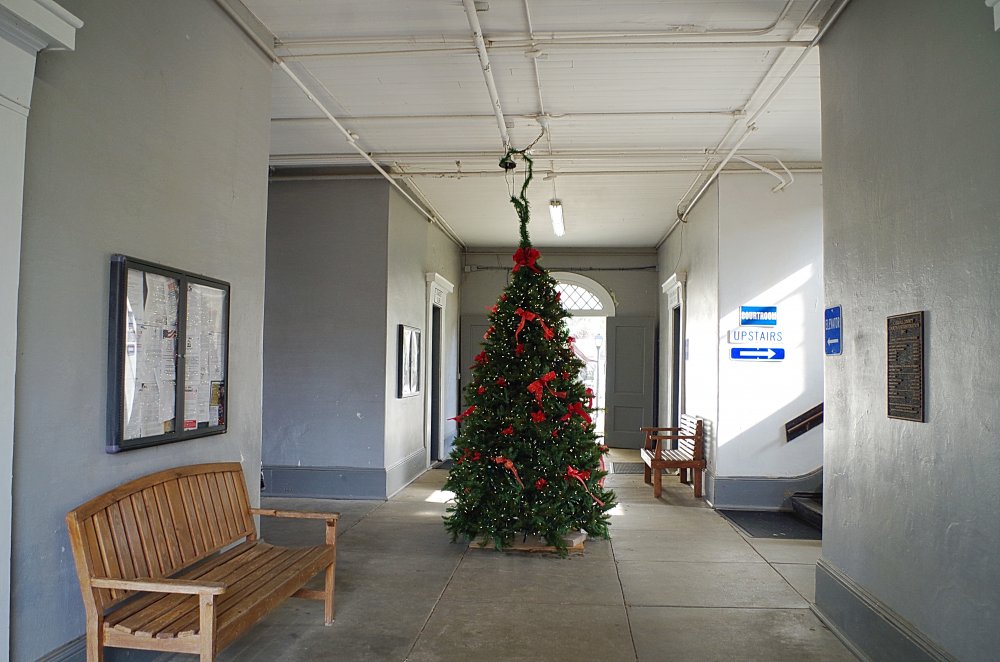 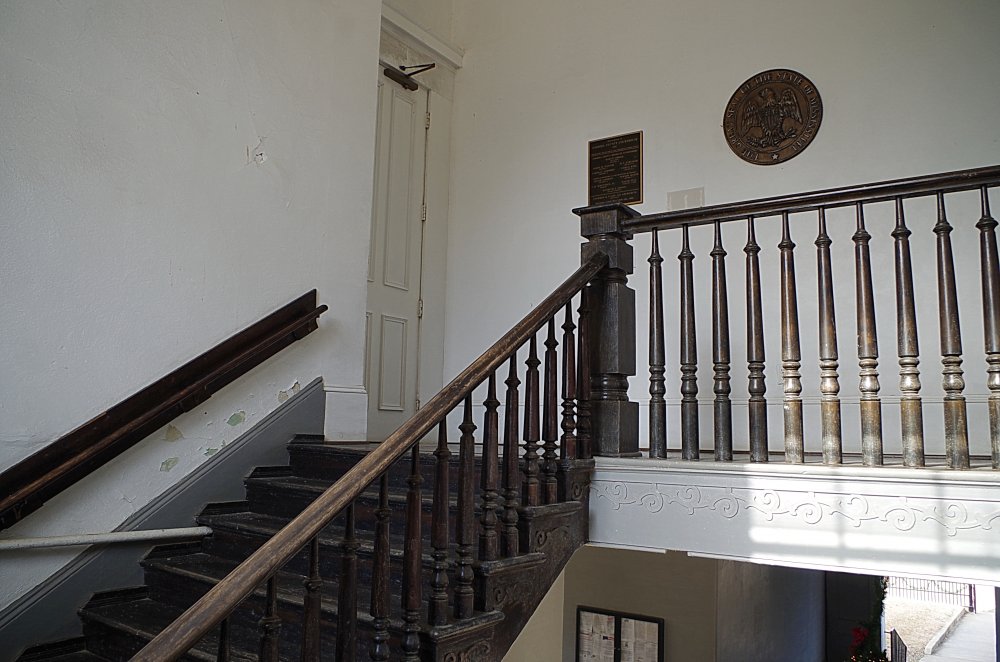