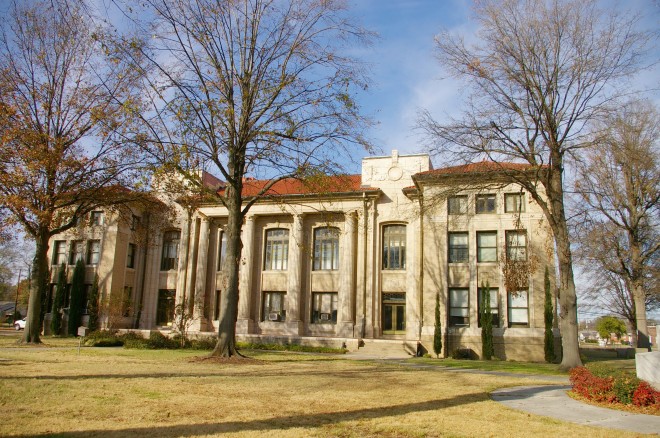 Bolivar County is named for Simon Bolivar, who was a South America hero and founder of several South American countries.

Description:  The building faces south and is a three story buff colored brick structure. The building is located on spacious landscaped grounds in the center of Cleveland. The south front has a central section with four large columns and recessed arched windows on the second story. The east and west sections project from the main building. Between the outer sections and the central section are two square towers rising above the roof line. The red colored roof is hipped. The building houses the court for the Second Judicial District. In 1957, an addition was constructed. The architect was Harold Kaplan and the contractor was D M Fleming, Jr. The building was restored in 2012. The architect was Belinda Stewart Architects, PA and the contractor was Roy Collins Construction Company, Inc.

Description:  The building faces north and is a two story buff brick and concrete structure. The building is located in the center of Cleveland to the south of the courthouse. The windows are horizontal in groups of four windows. The east section of the building rises two stories. The roof line is flat The building was originally the County Health Department and was converted to the Courthouse Annex in 2002. The architect was Barranco Architecture & Interior Design of Jackson and the contractor was Roy Collins Construction Company, Inc. 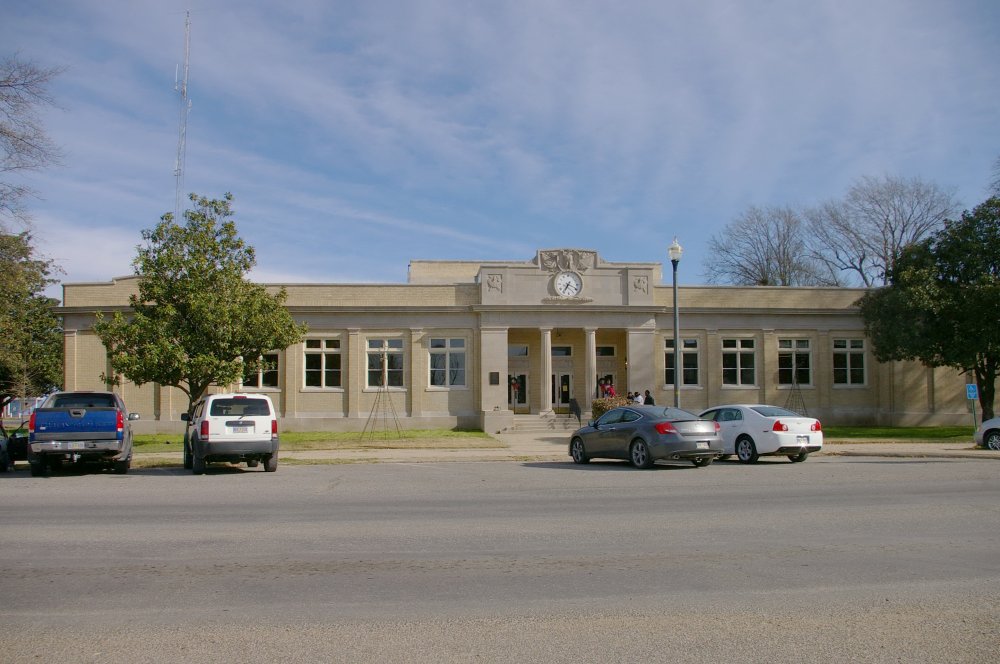 Description:  The building faces west and is a one story buff colored brick structure. The building is located on spacious landscaped grounds in the center of Rosedale. The west front has a small central porch with two columns and recessed entrances. On the wide header above the porch at the roof line is a clock. A wide cornice runs below the flat roof line. Vertical piasters divide the double windows.  The courtroom is located in the center of the building and the building houses the court for the First Judicial District. he building was renovated in 1960. The architect was Norwood & Kenny. 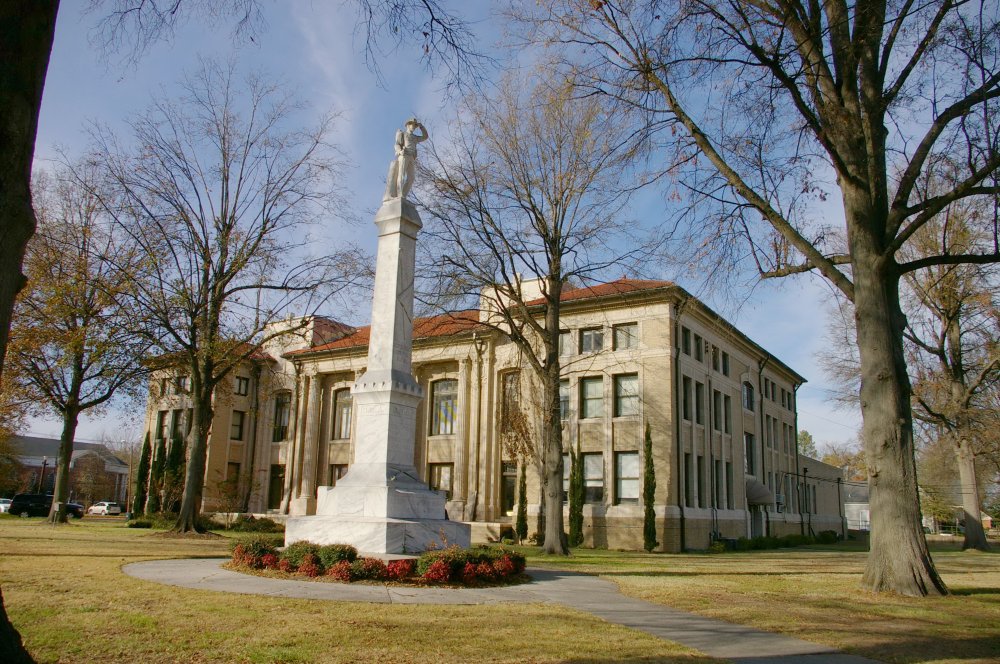 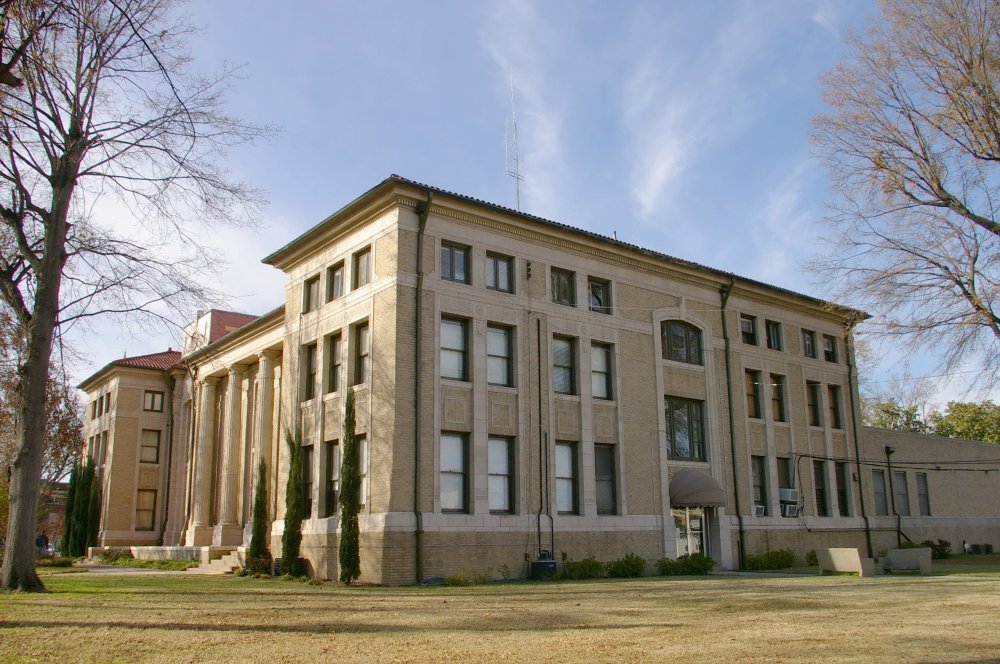 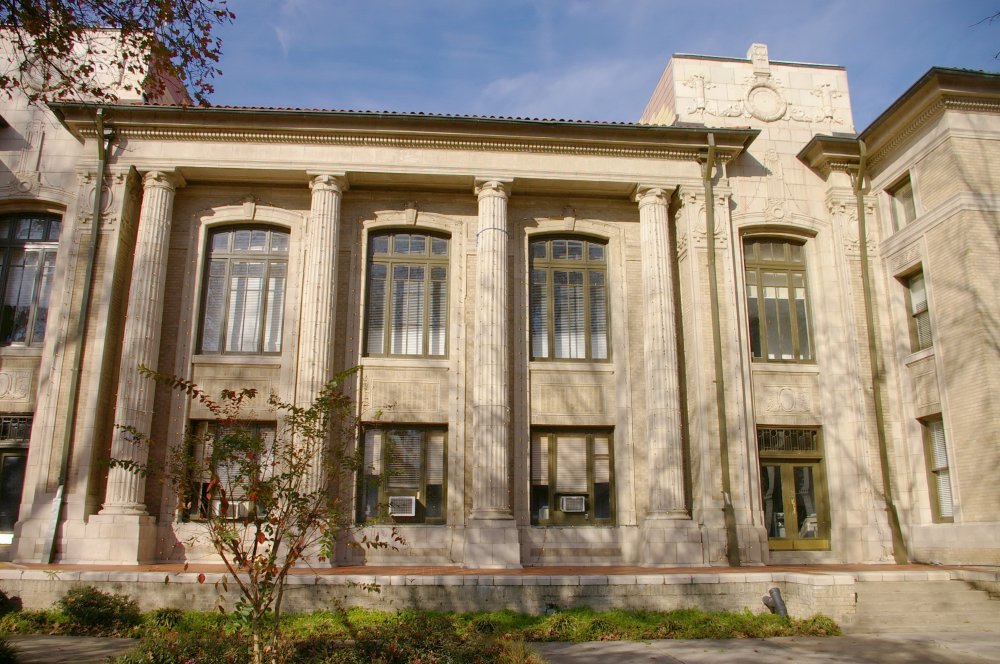 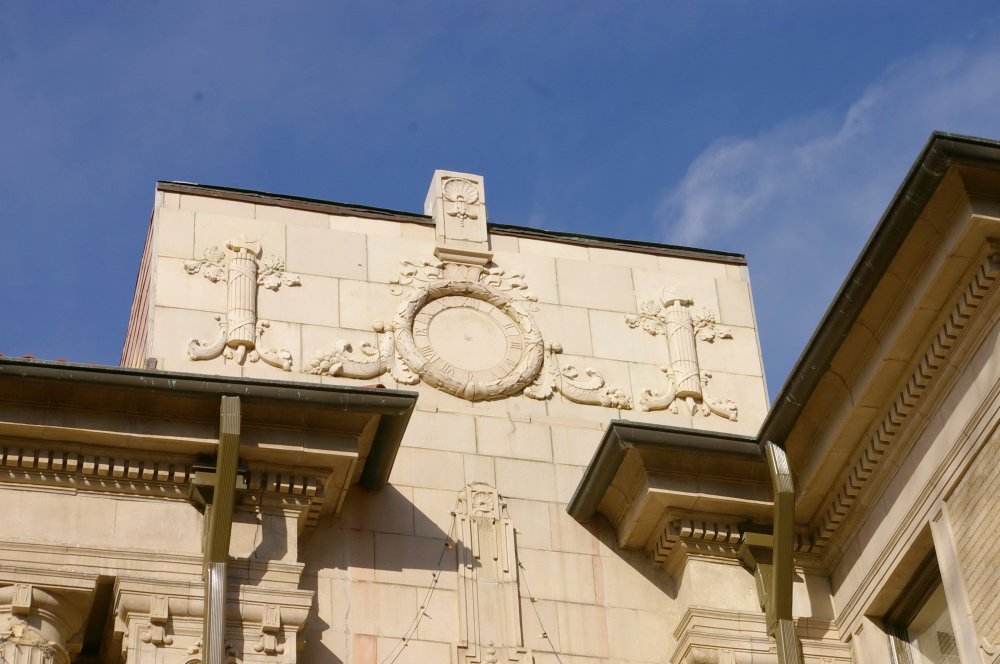 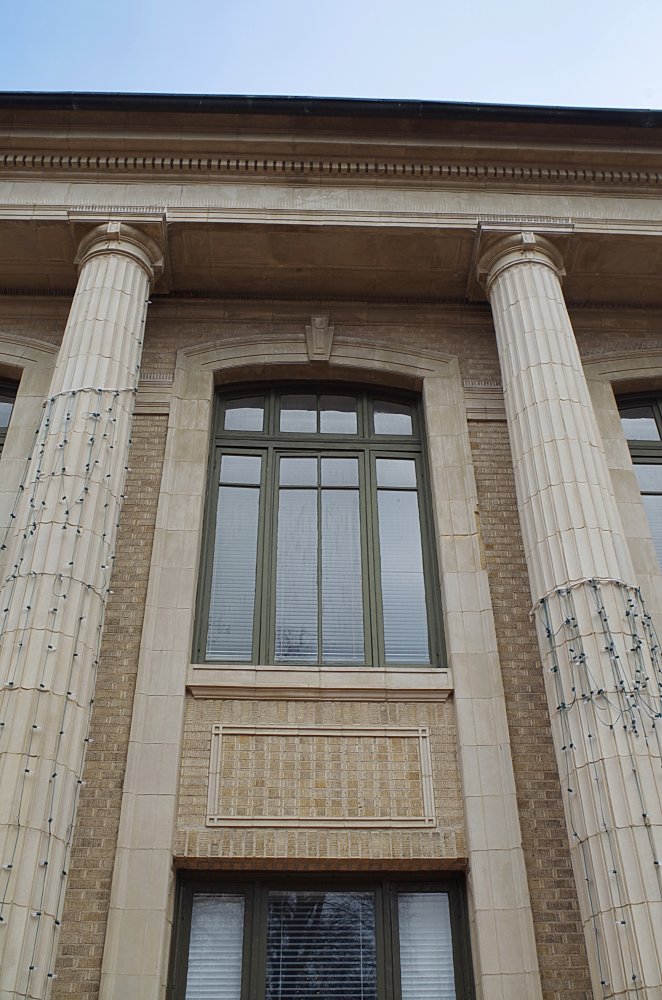 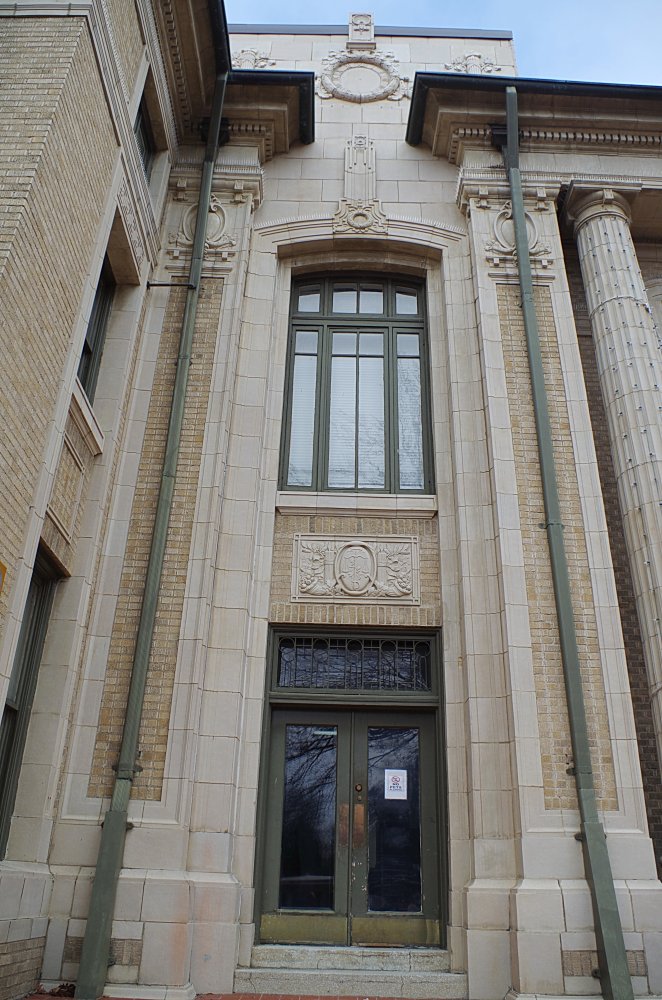 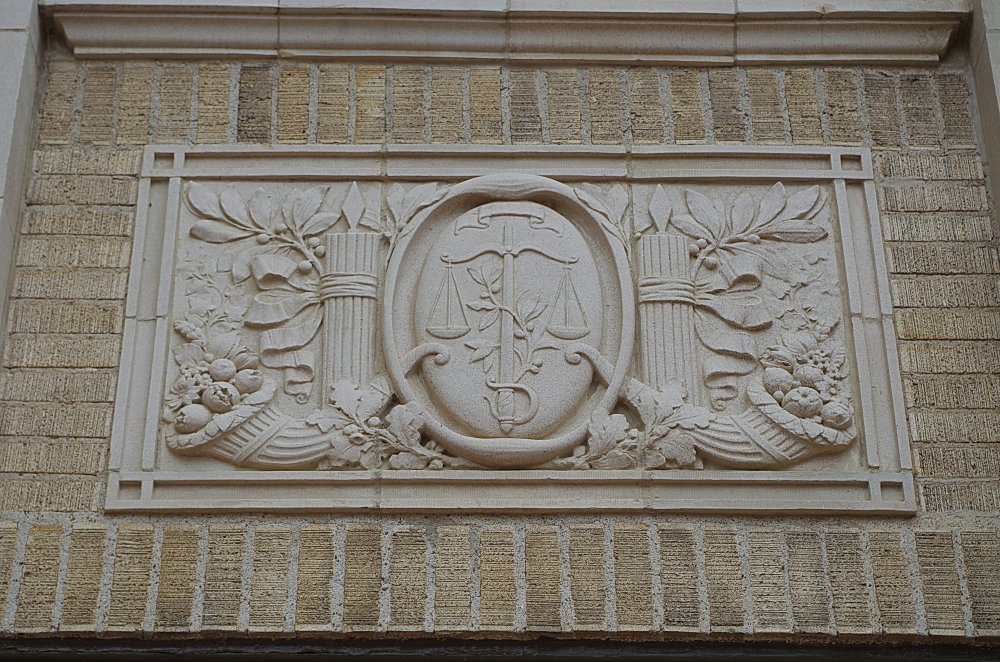 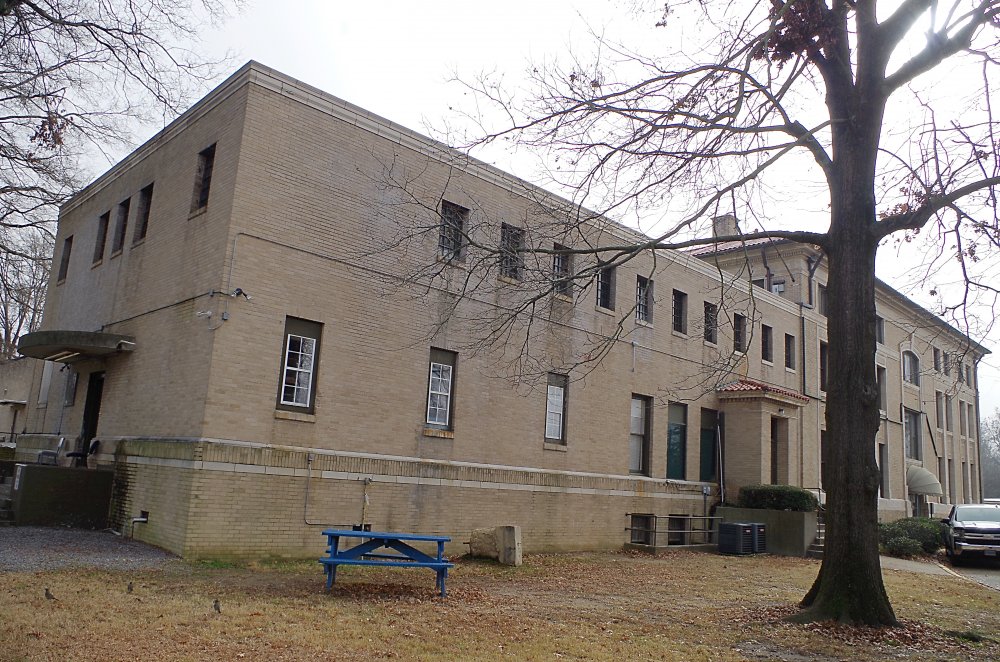