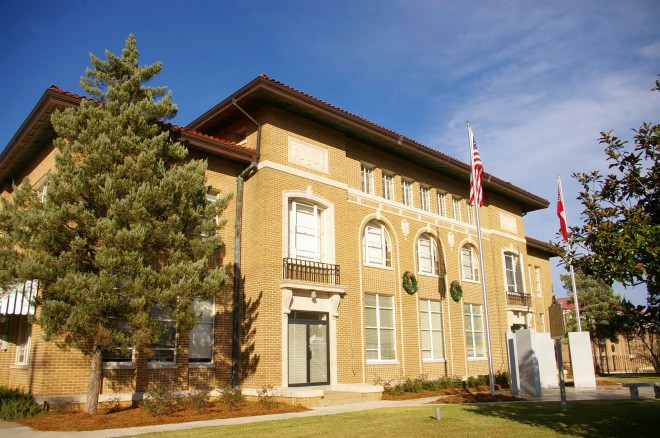 Rankin County is named for Christopher Rankin, who was a member of the United State House of Representatives.

Description:  The building faces south and is a three story buff colored brick, stone and concrete structure. The building is located on a rise on landscaped grounds in the center of Brandon facing Town Square. The south front has a central section with entrance on the east and west side with small iron rail balcony above. In the center are three windows with arched windows on the second story. The third story has small windows. The front has decorative terra cotta work. The east and west wings are lower. The building has a red colored tile sloped roof. In the interior, the courtroom is located on the second story. The building houses the county administration. The rear addition was constructed in 1957. The architect was Overstreet, Ware & Ware and the contractor was Campbell Construction Company. 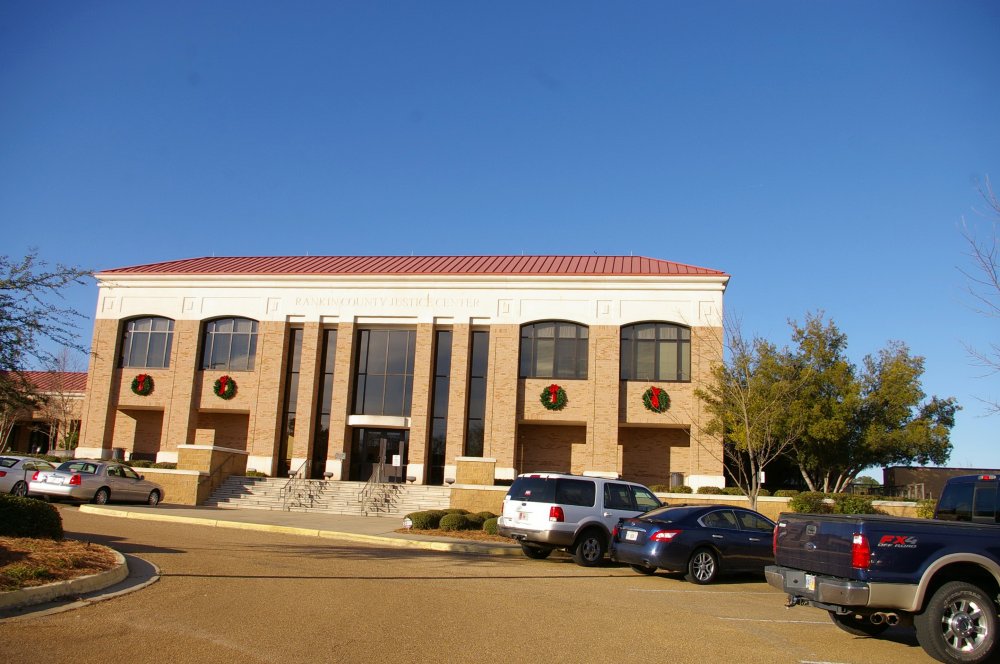 Description:  The building faces south and is a two story buff colored brick and concrete structure. The building is located on the east side of the courthouse in the center of Brandon. The south front has a central entrance on the first story with large window above on the second story. Vertical dividers separate narrow vertical windows. The first story has square openings with arched windows above on the second story. A lower wing extends from the west side. The building has sloped red colored title roofs. The building houses the County Circuit Court of the 20th Judicial District.

Description:  The building faces east and is a two story gray colored limestone, gray and brown colored brick and concrete structure. The rectangular shaped building is located in the center of Brandon to the north of the courthouse. The windows are vertical and the roof line is flat. The first story has two courtrooms for the County Justice Court and the second story has four courtrooms for the County Chancery Court. 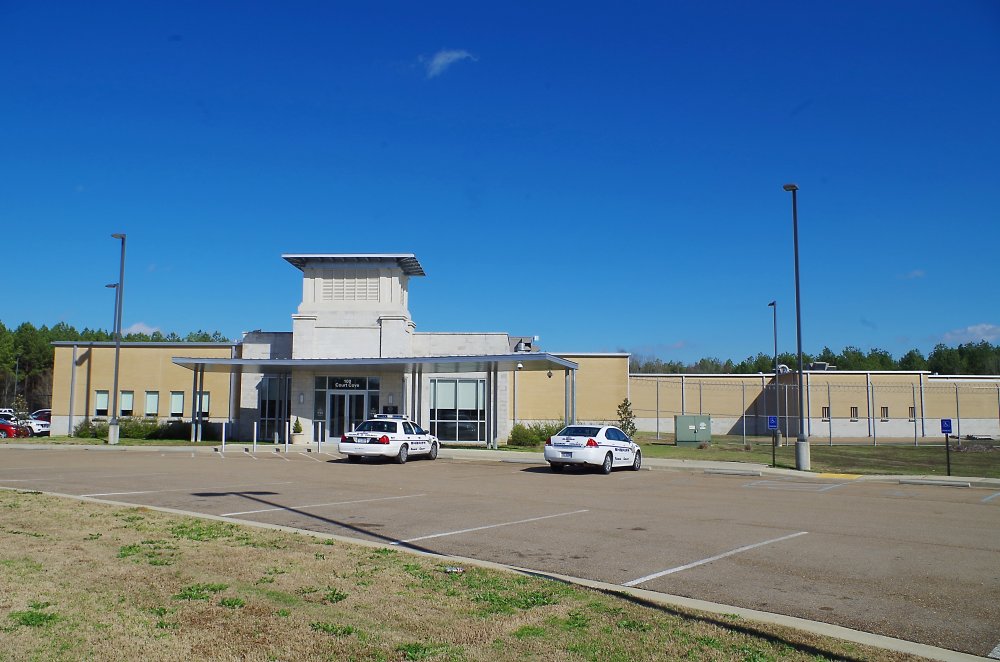 Description:  The building faces southwest and is a one story buff colored brick and concrete structure. The building is located on spacious landscaped  grounds. The southwest front has a projecting central section with glass panel entrance with concrete tower rising two stories. A wide canopy supported by metal columns runs along the front. The main building which is faced with buff colored brick runs east and west. The roof line is flat. 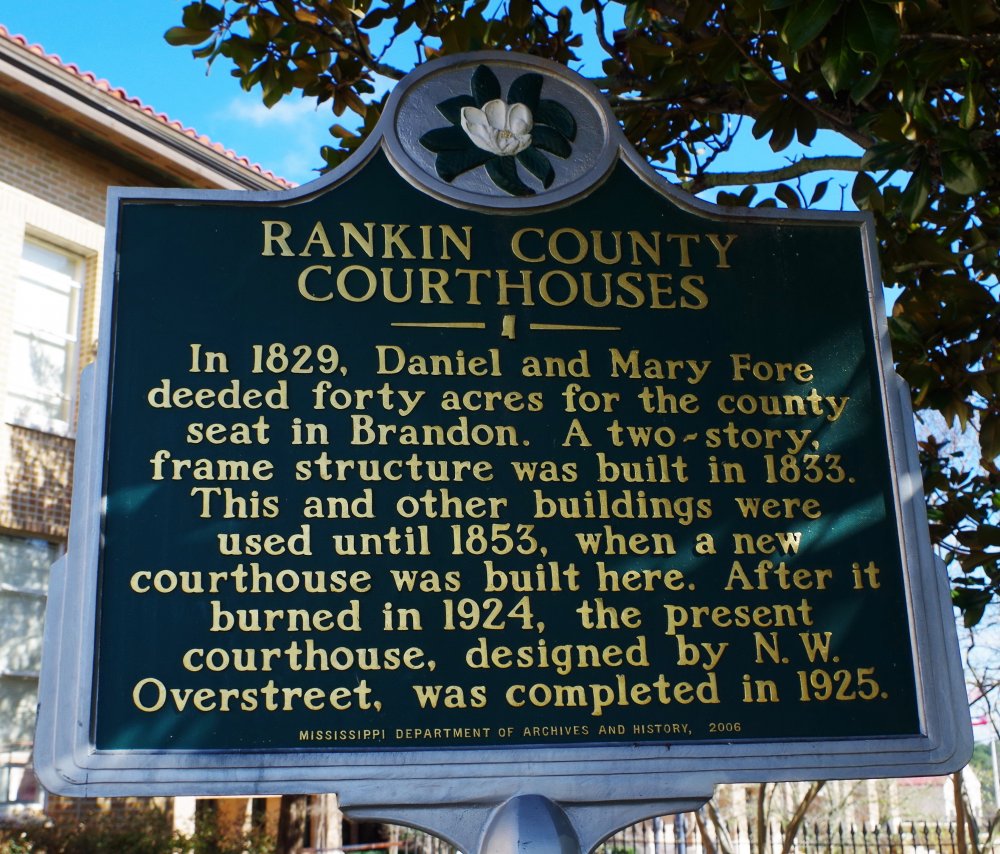 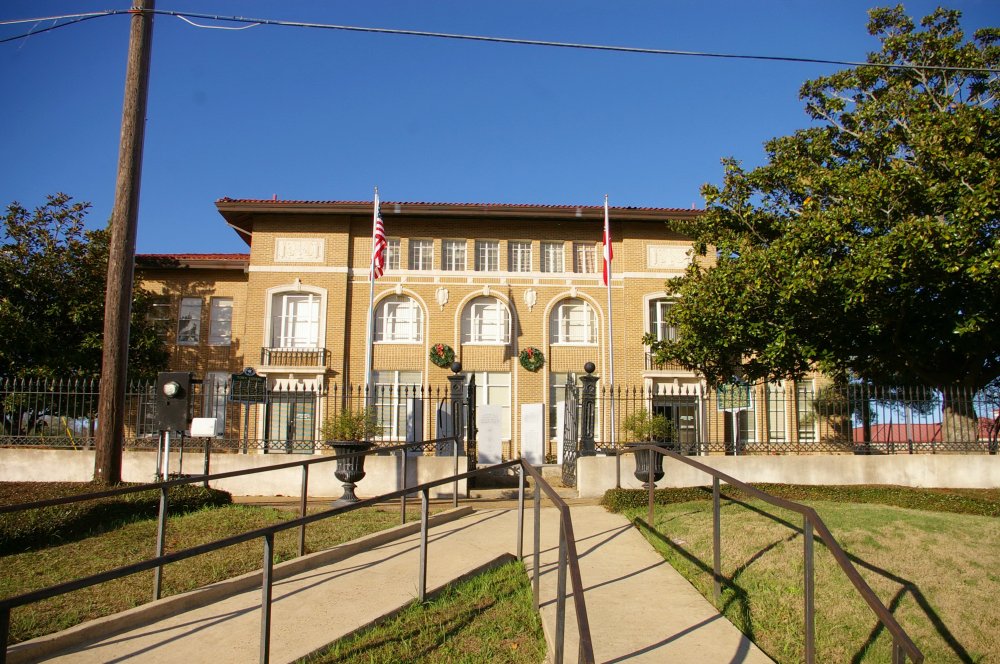 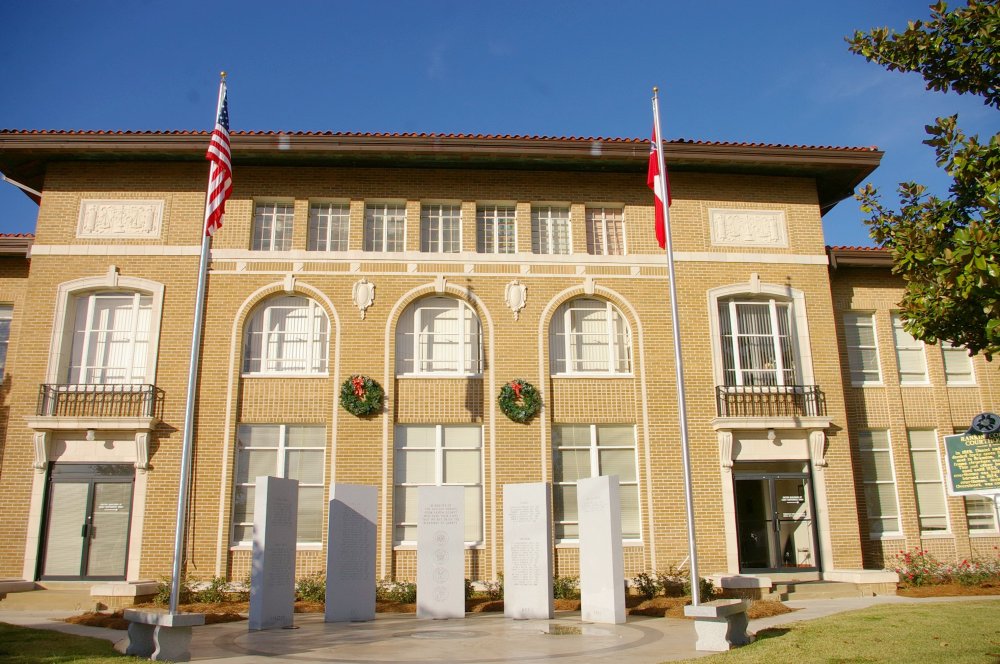 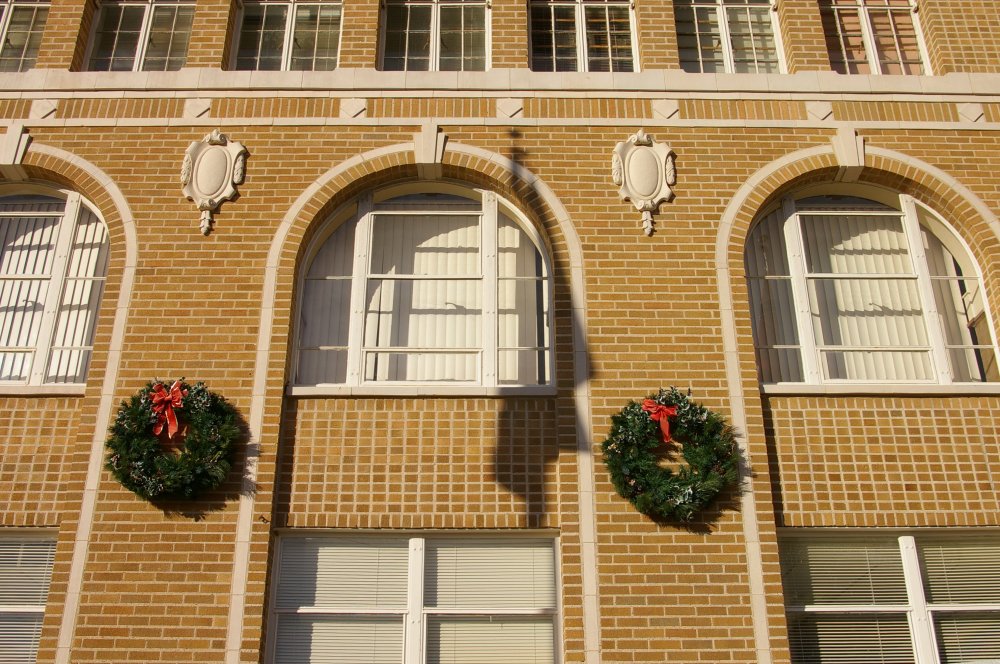 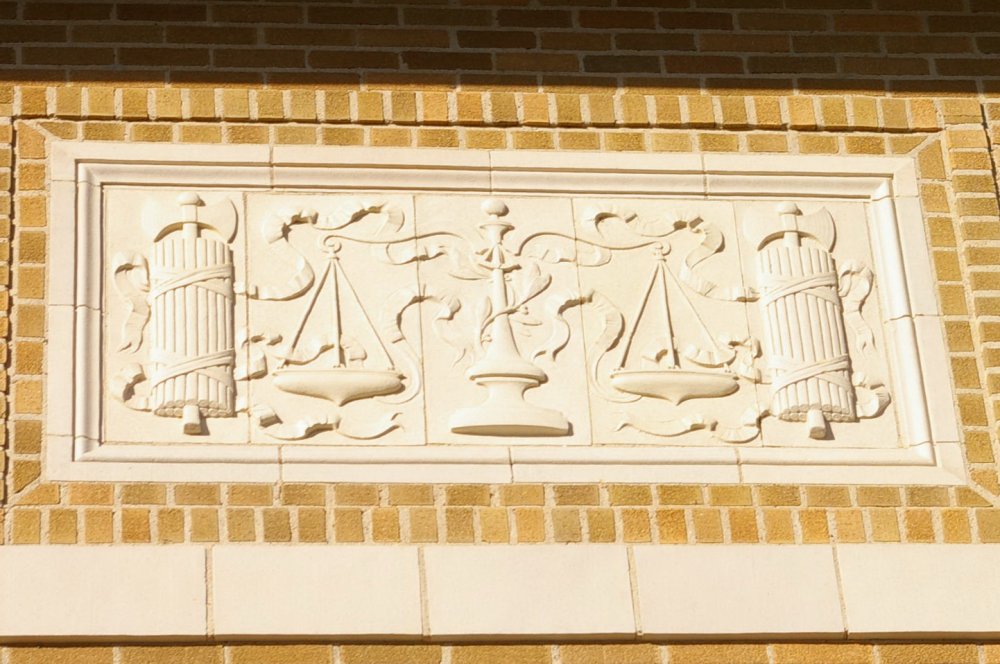 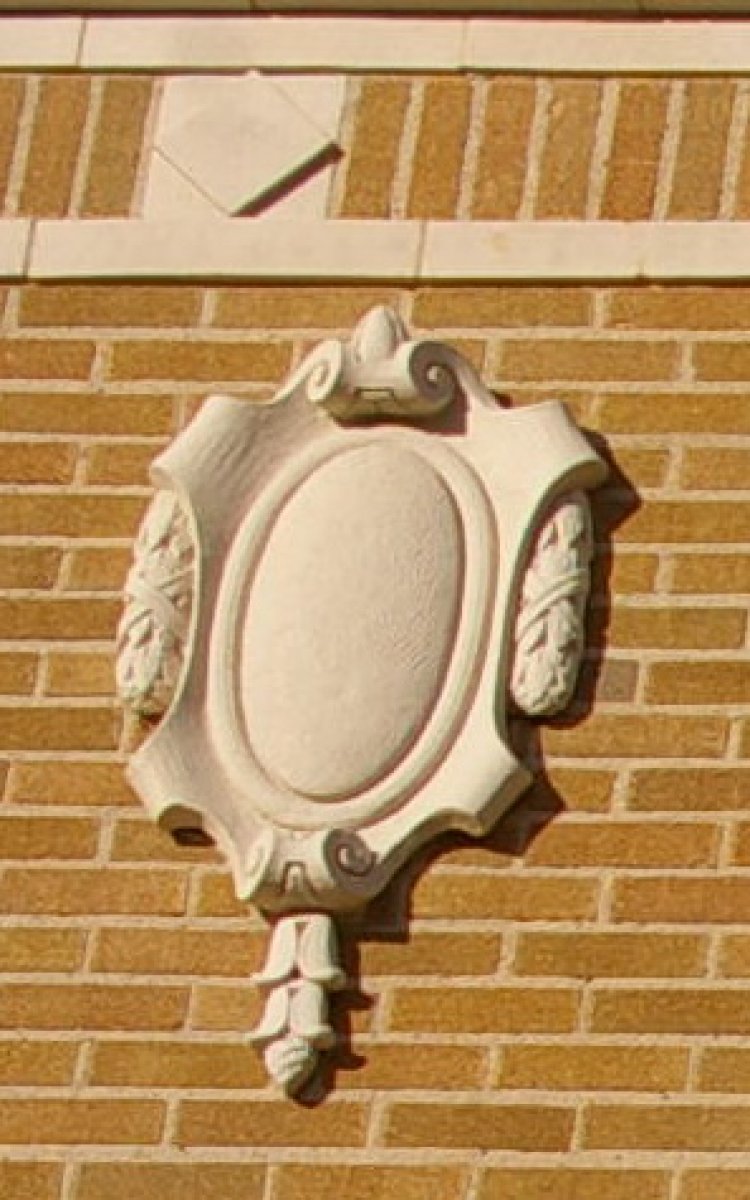