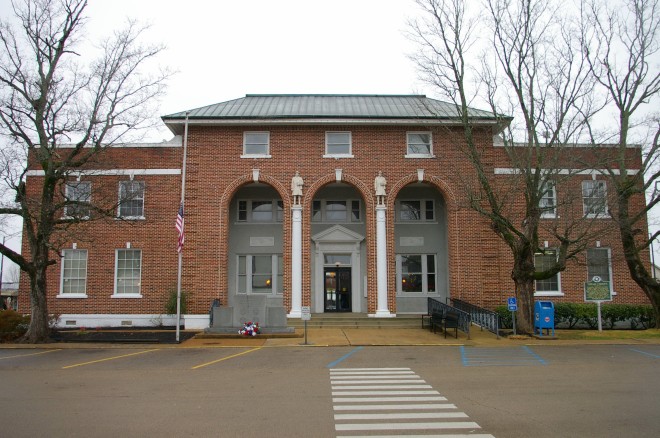 Tippah County is named for the Native American word meaning “cut off”, or named after Tippah wife of Pontotoc.

Description:  The building faces east and is a two story red colored brick and concrete structure. The building is located on landscaped grounds of the Courthouse Square in the center of Ripley. The east front has a projecting center section with three large high arches. The recessed entrance has a small pediment above. On the second story are three square windows. Flanking the arches are two columns rising to statues of soldiers. The west side has a similar façade. The north and south wings have a narrow horizontal white colored band running below the roof line. The roof is hipped. The courtroom is located on the second story. The building houses the County Circuit Court of the 3rd Judicial District. The building was renovated in 1928. The architect was Noah Webster Overstreet of Jackson and contractor was Beckelheimer & Small. The sculptor was White Stone Company. To the west is the old County Jail built in 1935 and County Justice Court. 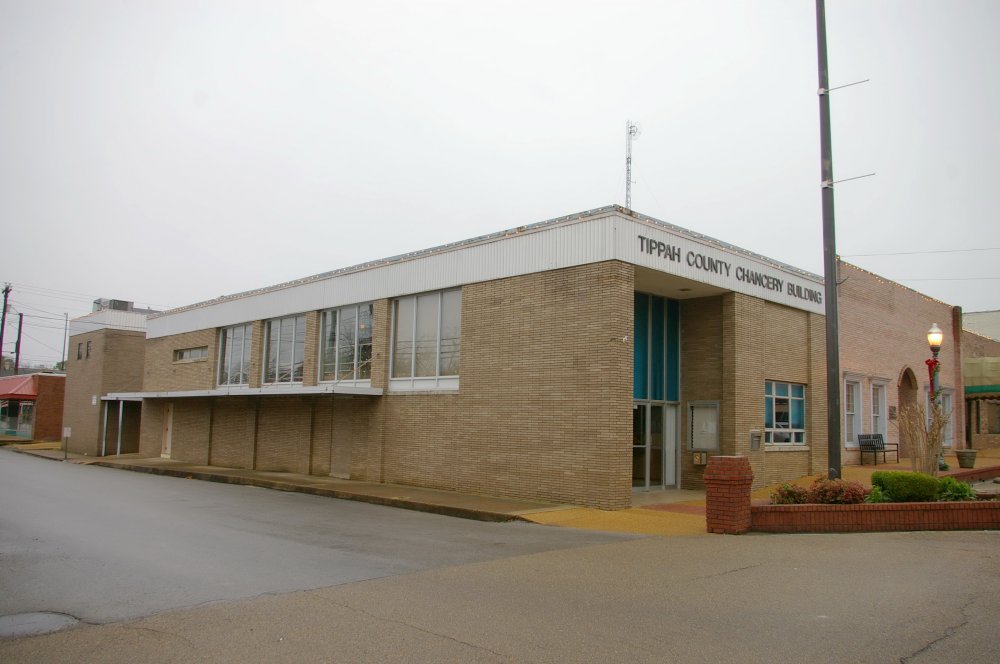 Description:  The building faces south and is a two story buff colored brick and concrete structure. The building is located in the center of Ripley on the north side of the courthouse. The south front has a recessed glass panel entrance. A wide white colored  horizontal band runs below the flat roof line. The building was constructed for the Peoples Bank.  In 2000, the building was remodeled to house the County Chancery Court and County Youth Court. The architect was George A Thomason of Olive Branch and the contractor was S & S Construction Company. Inc. 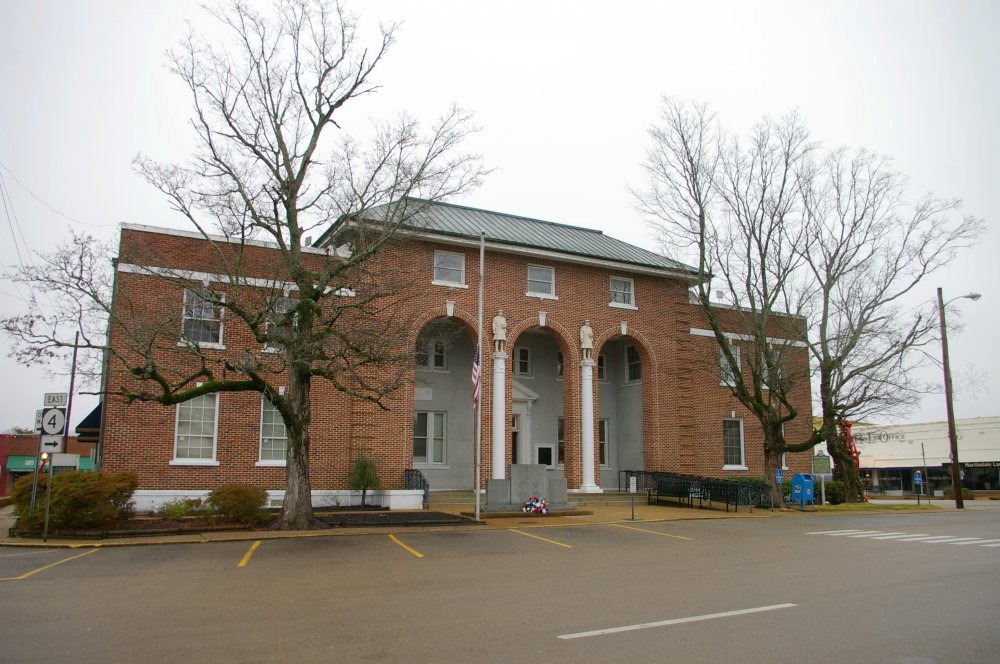 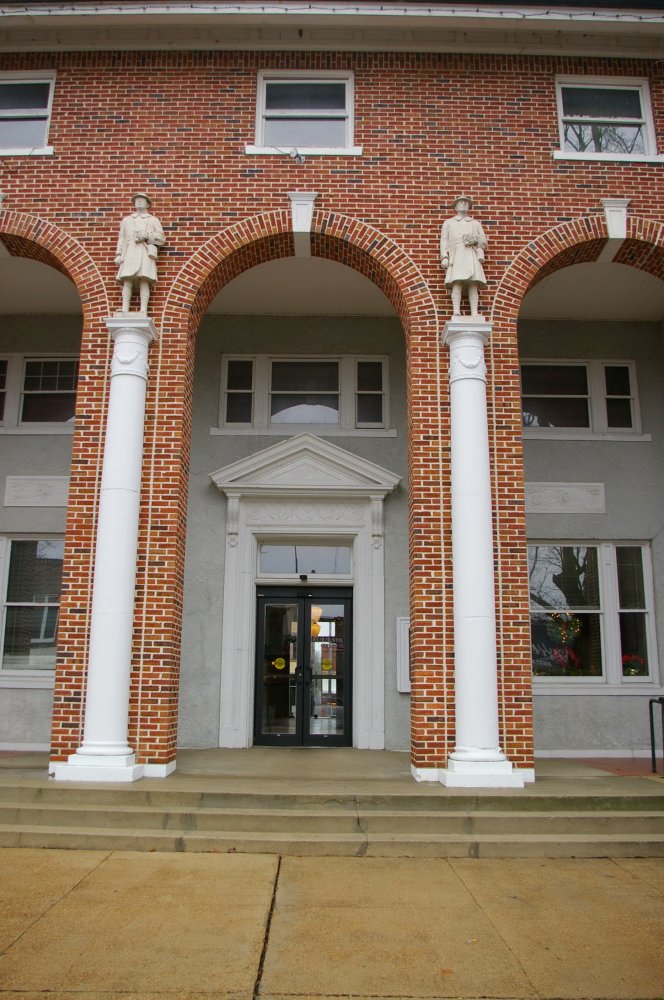 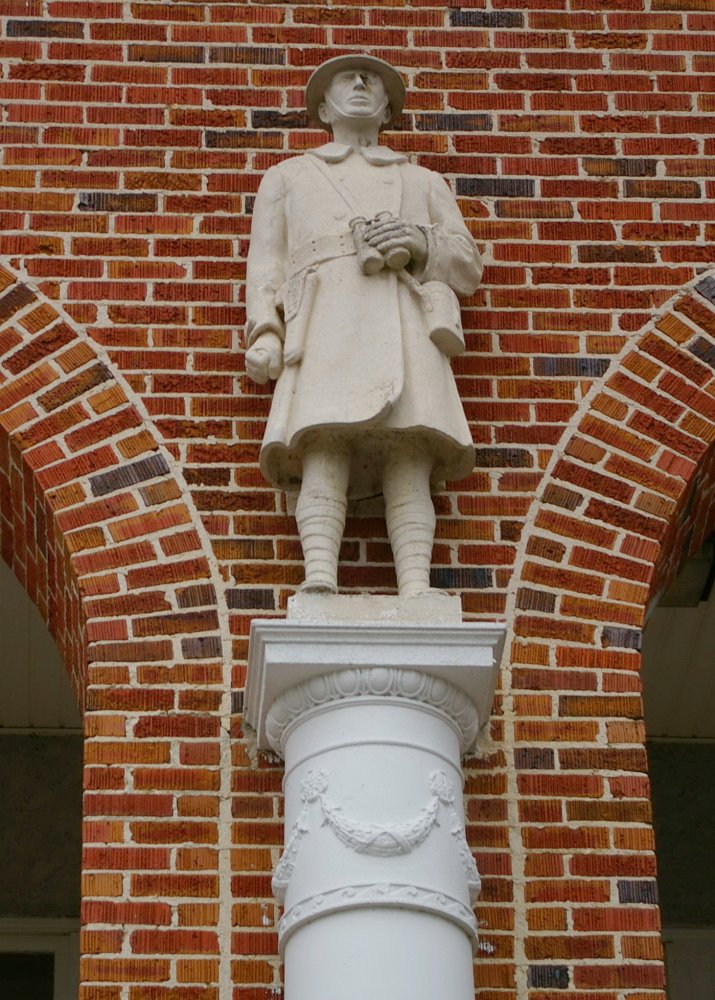 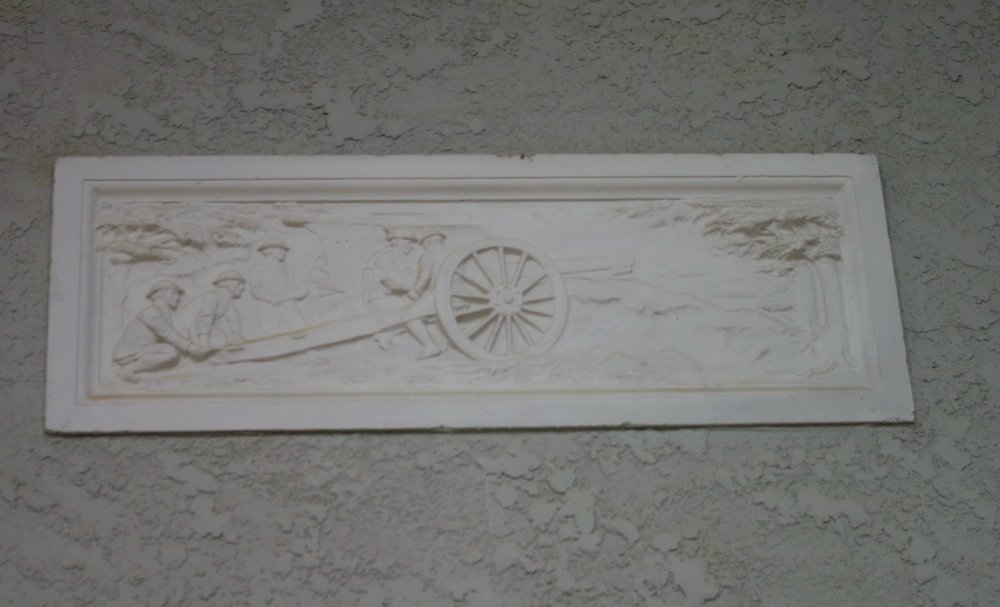 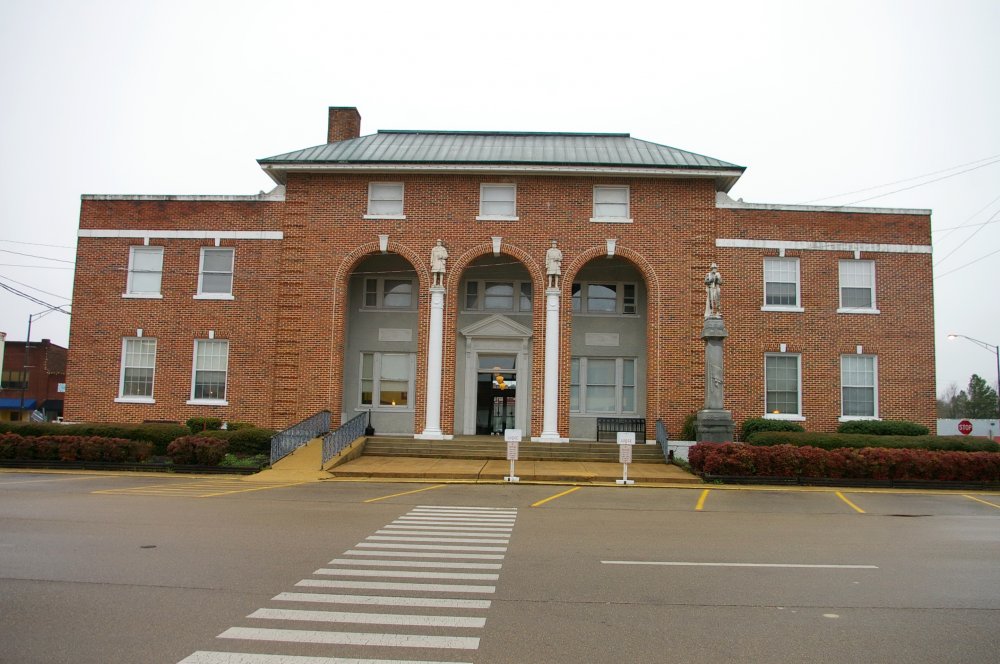 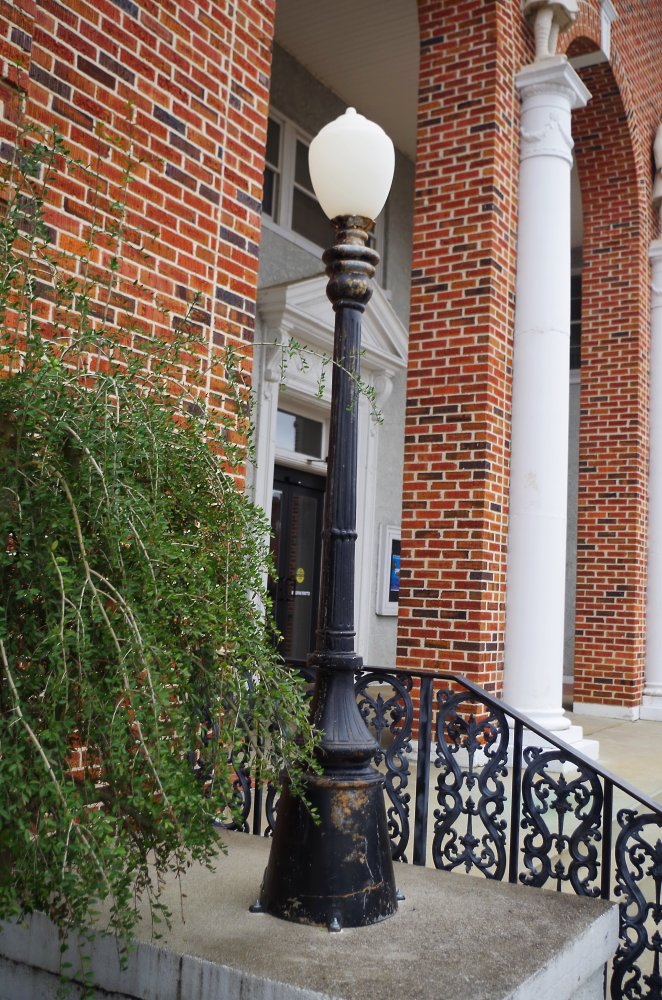 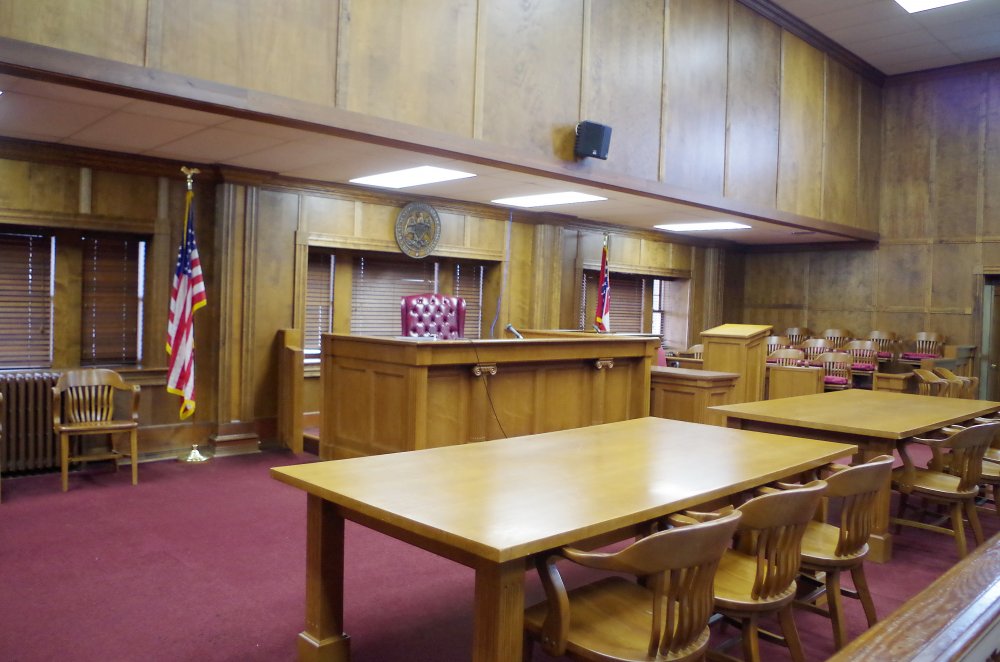 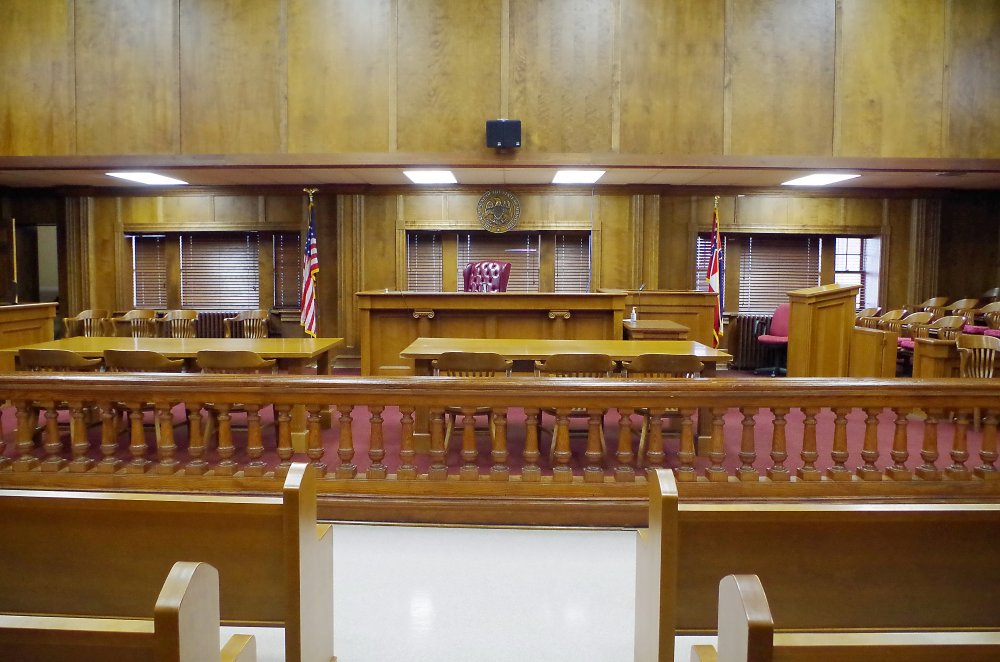