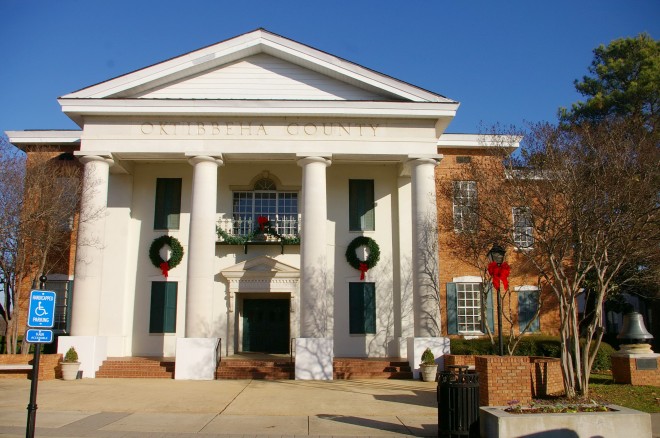 Description:  The building faces south and is a two story red colored brick and concrete structure. The building is located in the center of Starkville. The south front has a large portico with four white colored columns rising to a pediment. The door is framed with small pediment above. There is a small balcony on the second story. The windows have green colored shutters. The roof is sloped. The courtroom is located on the second story. The building house the County Circuit Court of the 16th Judicial District, County Chancery Court and County Youth Court. 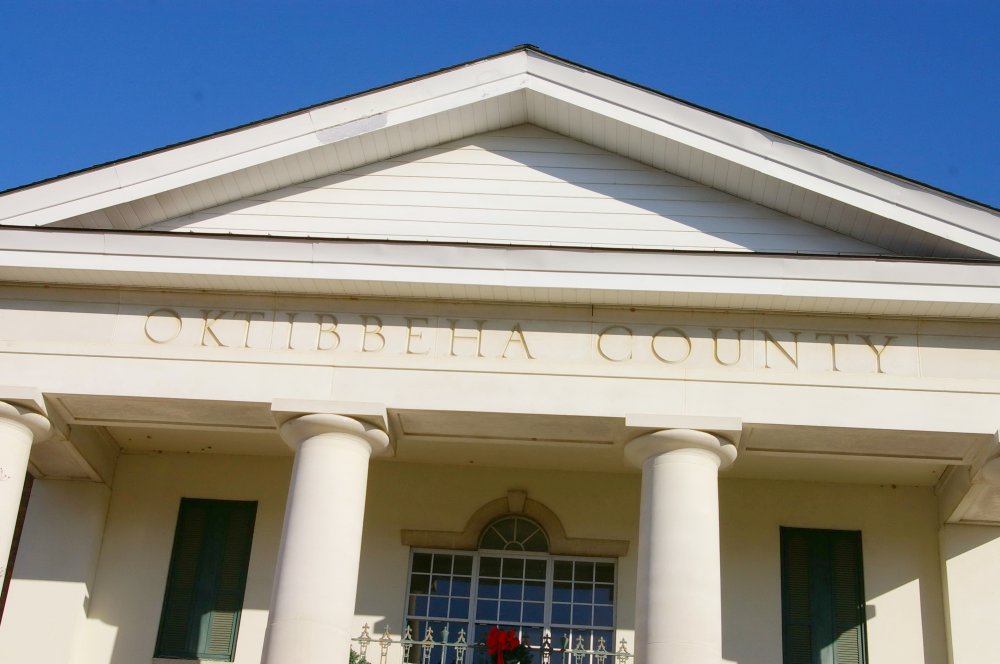 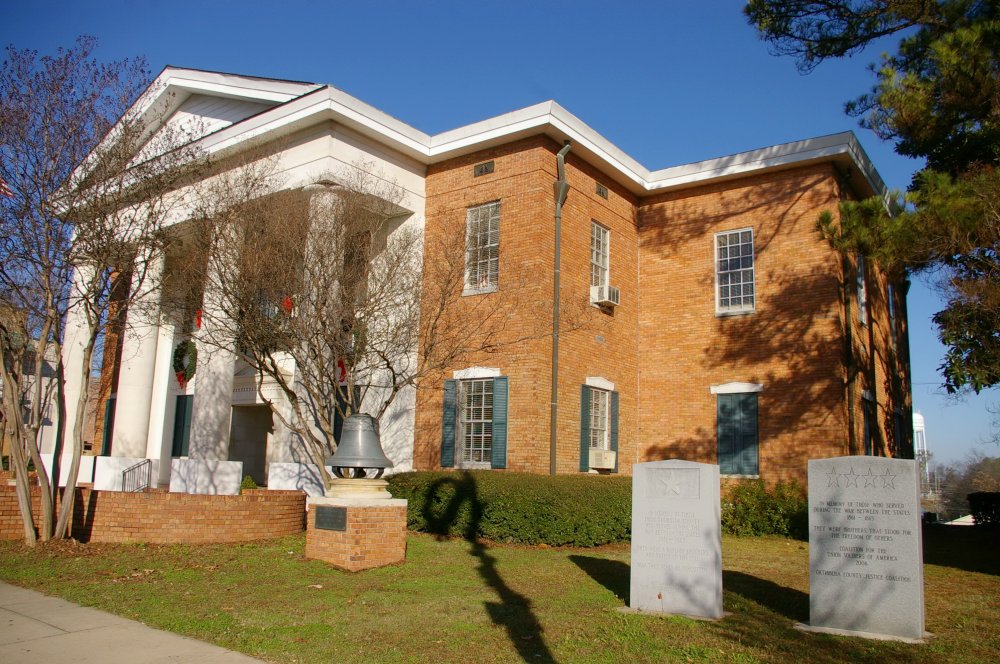 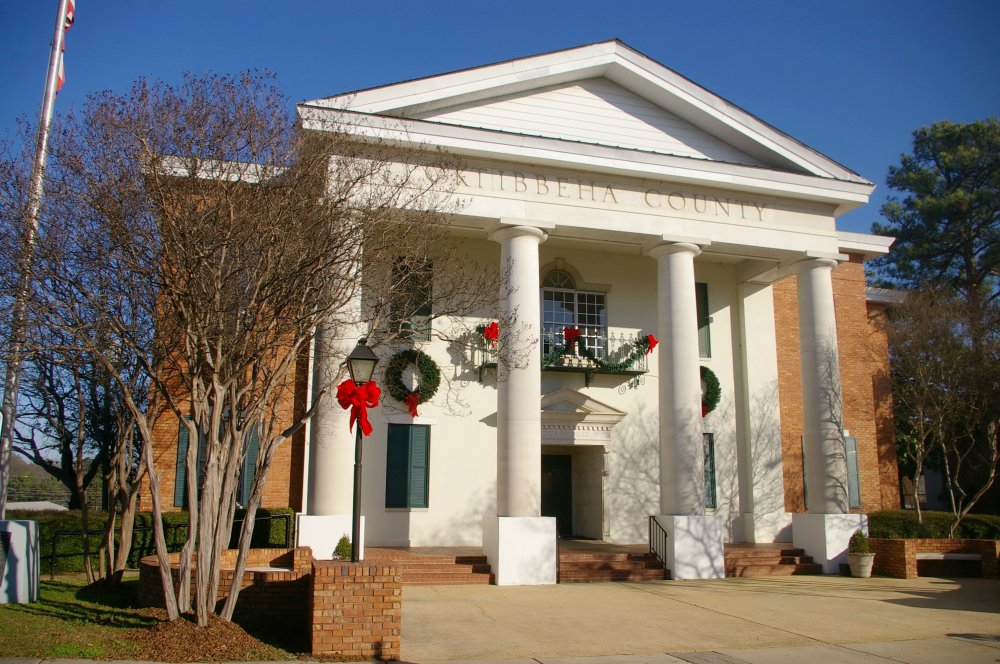 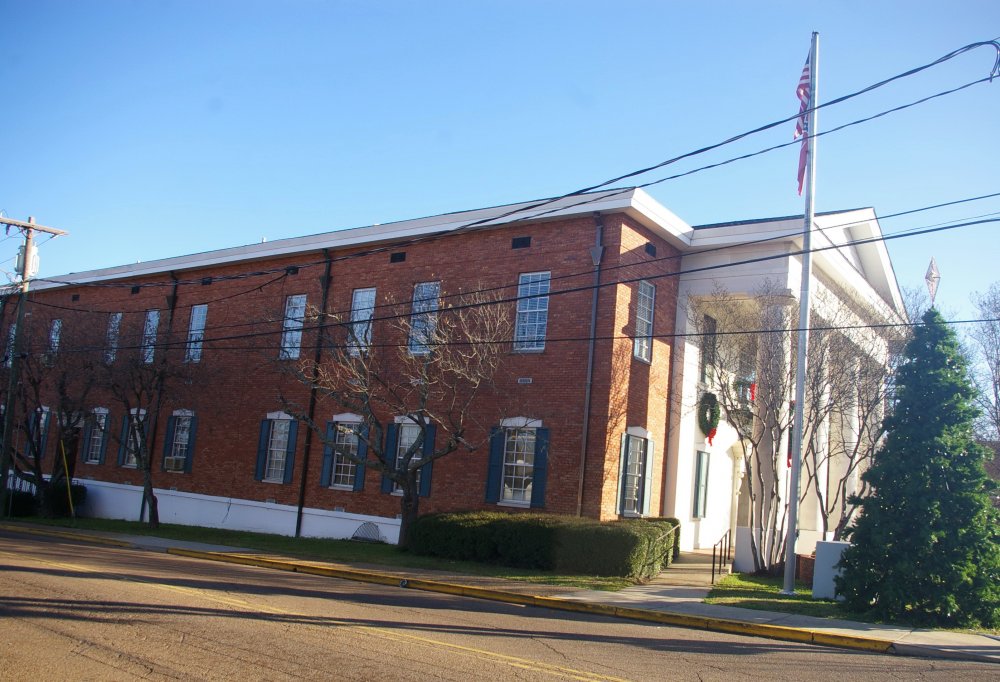 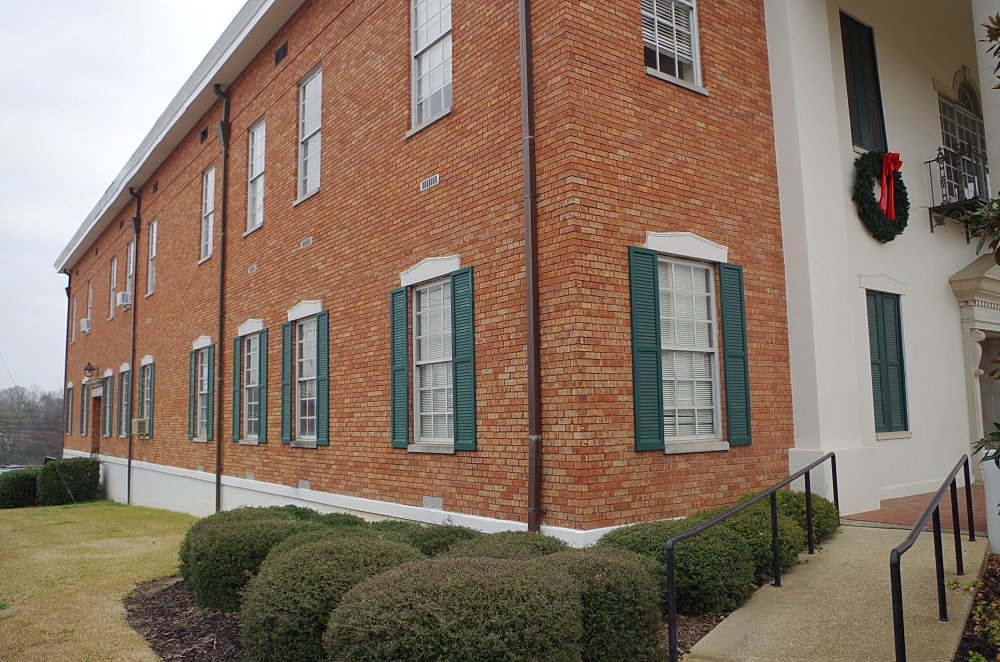 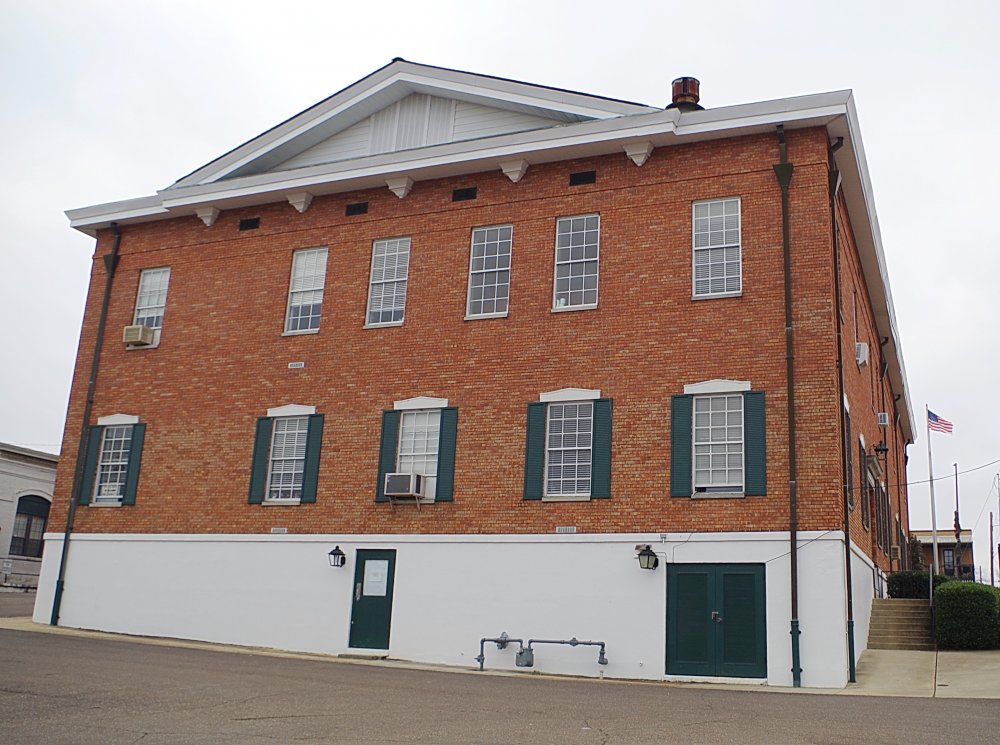 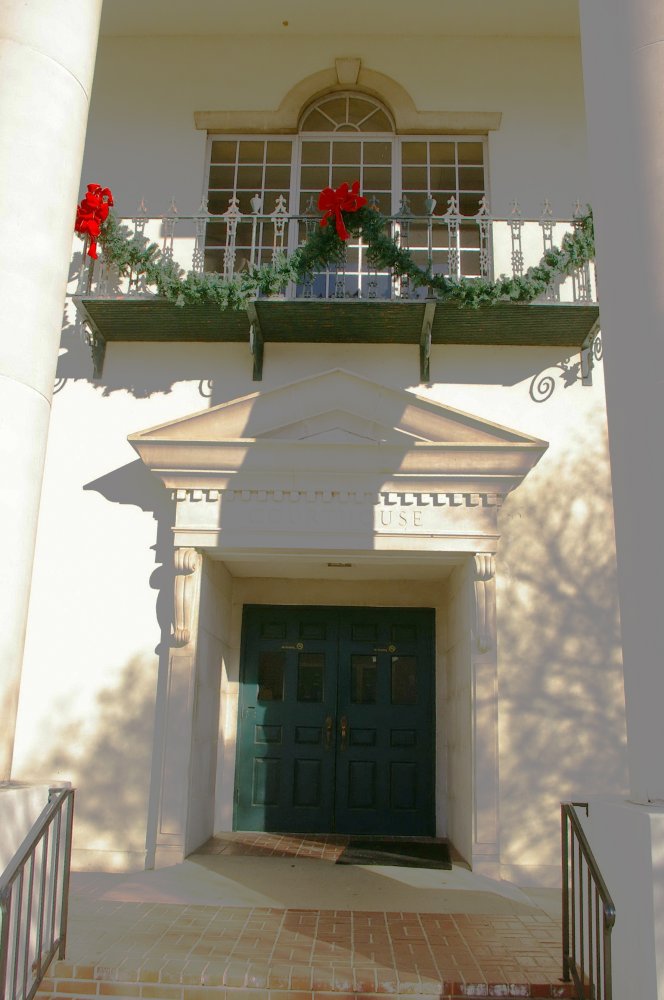 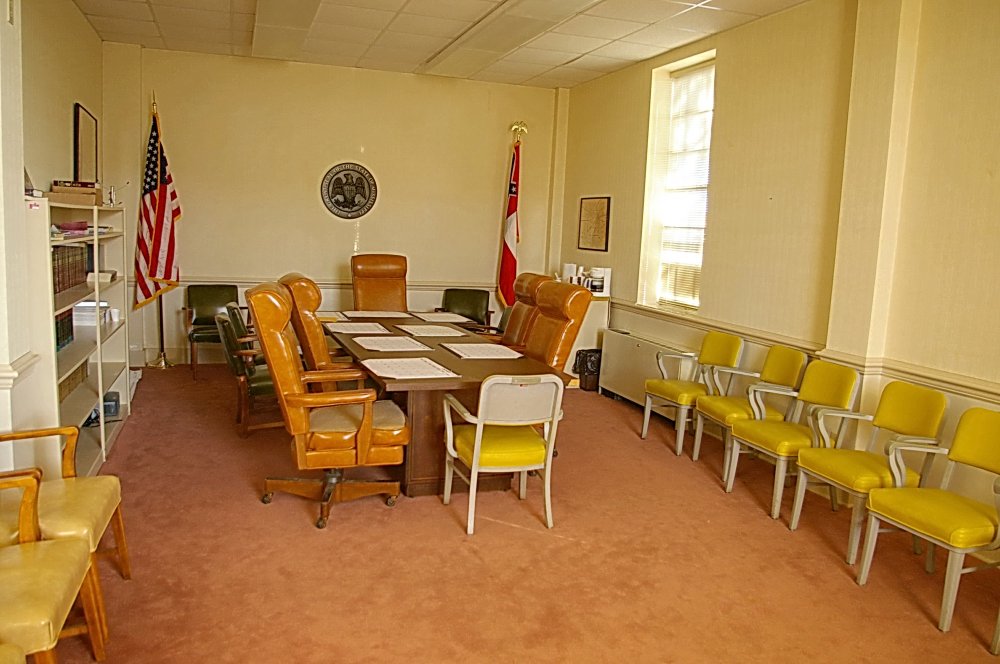 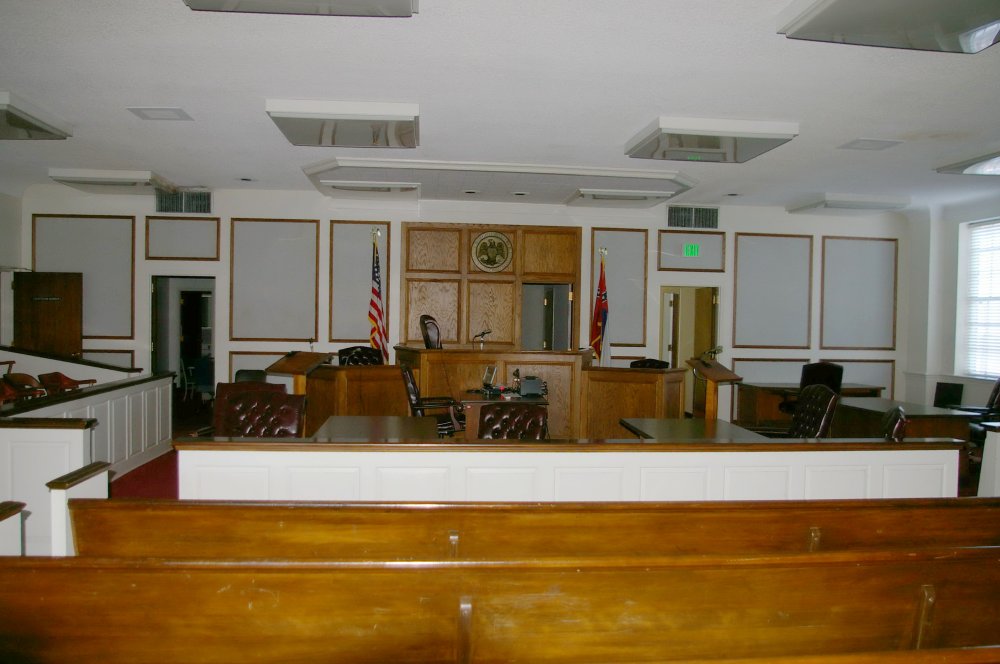 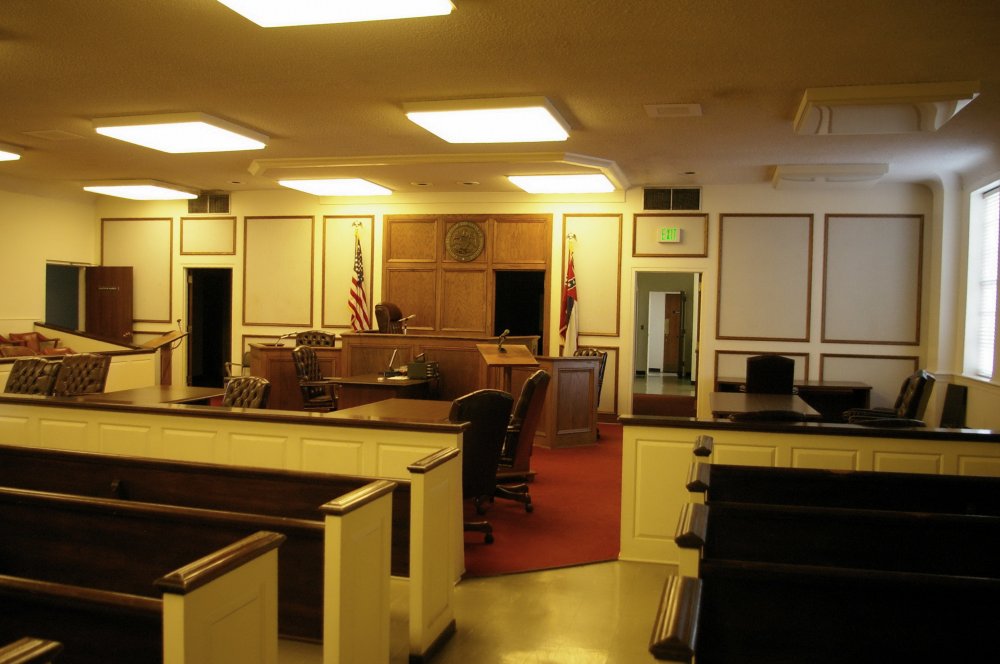