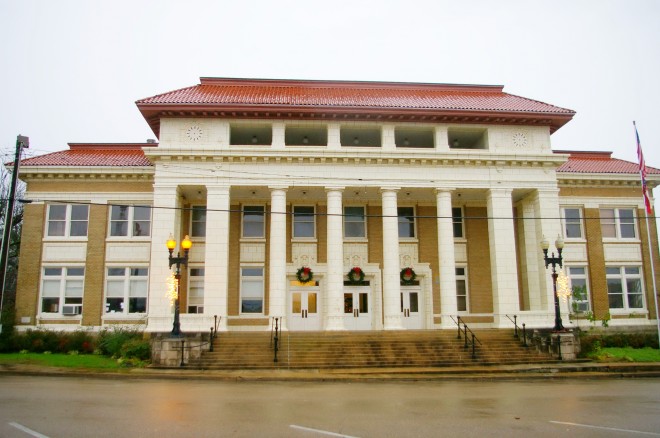 Description:  The building faces north and is a two story buff colored brick and concrete structure. The building is located on landscaped grounds in the center of Pontotoc. The north front has a large porch with four columns rising to a wide header which has four short pillars rising to the roof line. The entrances are faced with white colored terracotta tile. The building has a mansard red colored title roof. In the interior, the large County Circuit Court courtroom is located on the south side of the second story and has large arched windows. The building houses the County Circuit Court of the 1st Judicial District. The exterior of the building was renovated in 2003 to 2006. The architect was Belinda Stewart Architects of Eupora and the contractor was Hooker Construction Company, Inc. of Pontotoc. The building was restored in 2006 by the same architect and contractor. On the northwest is the County Chancery Court Building and on the east side is the County Justice Court.

History: The county was created in 1836 and Pontotoc was selected as the county seat. The first courthouse was built in 1840. An addition was designed by Hiram Higgins and built in 1855. The second and present courthouse was constructed in 1916 to 1917. 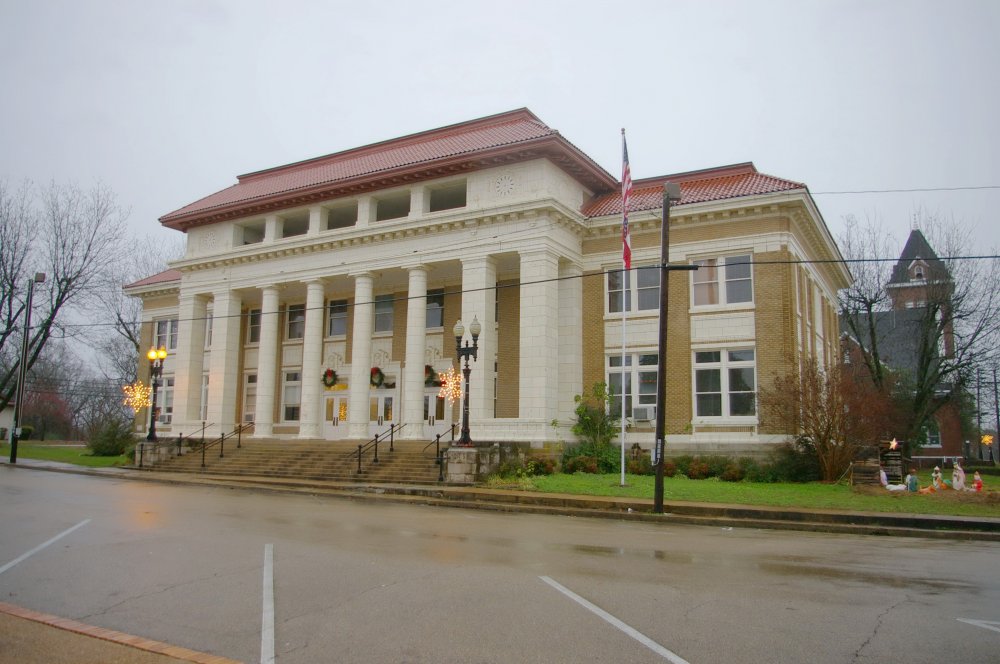 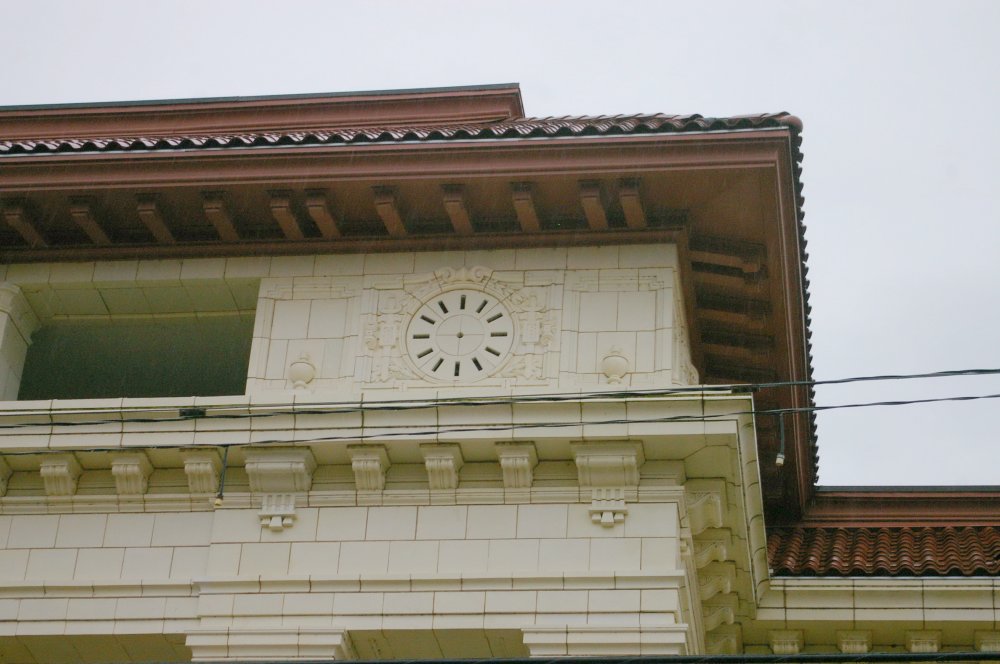 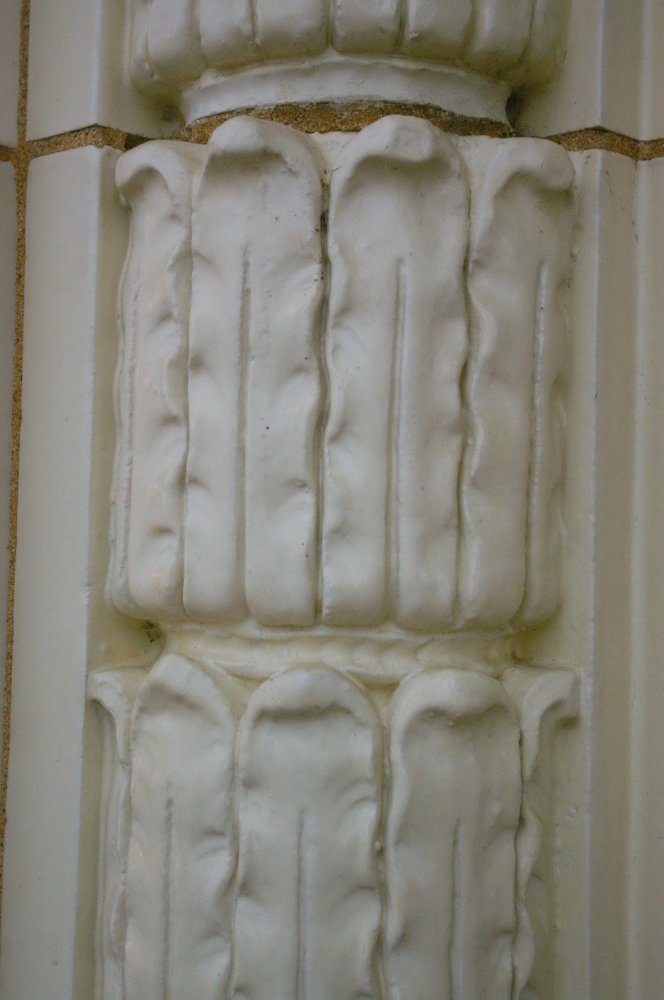 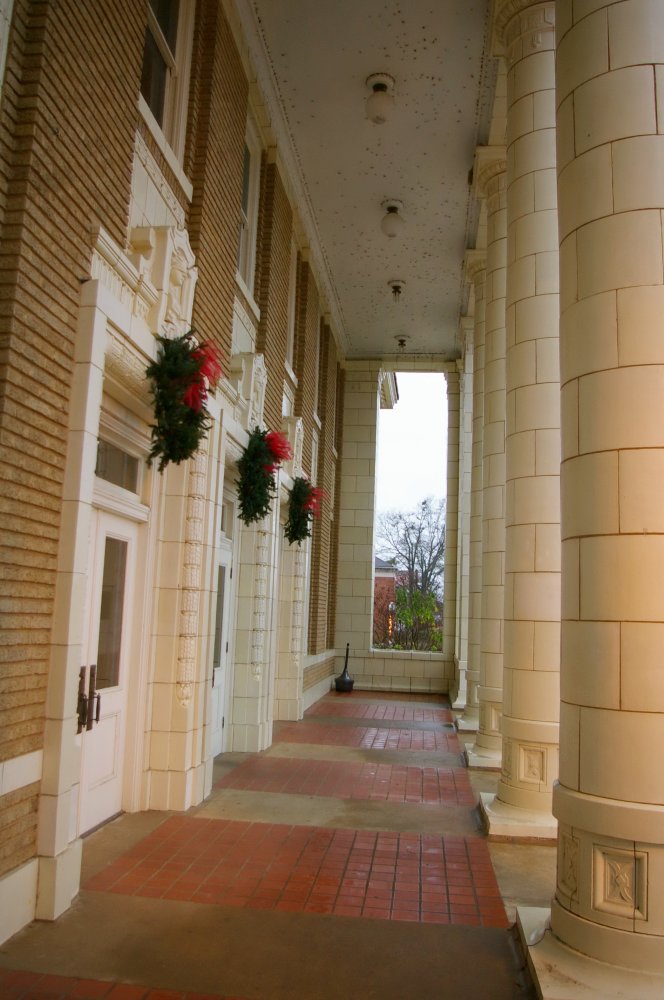 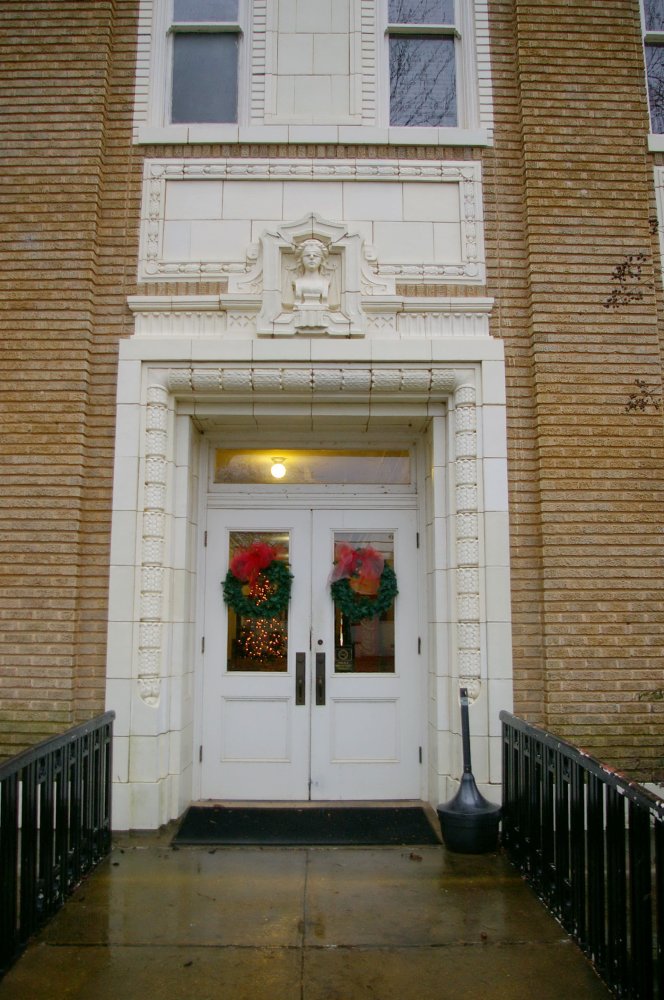 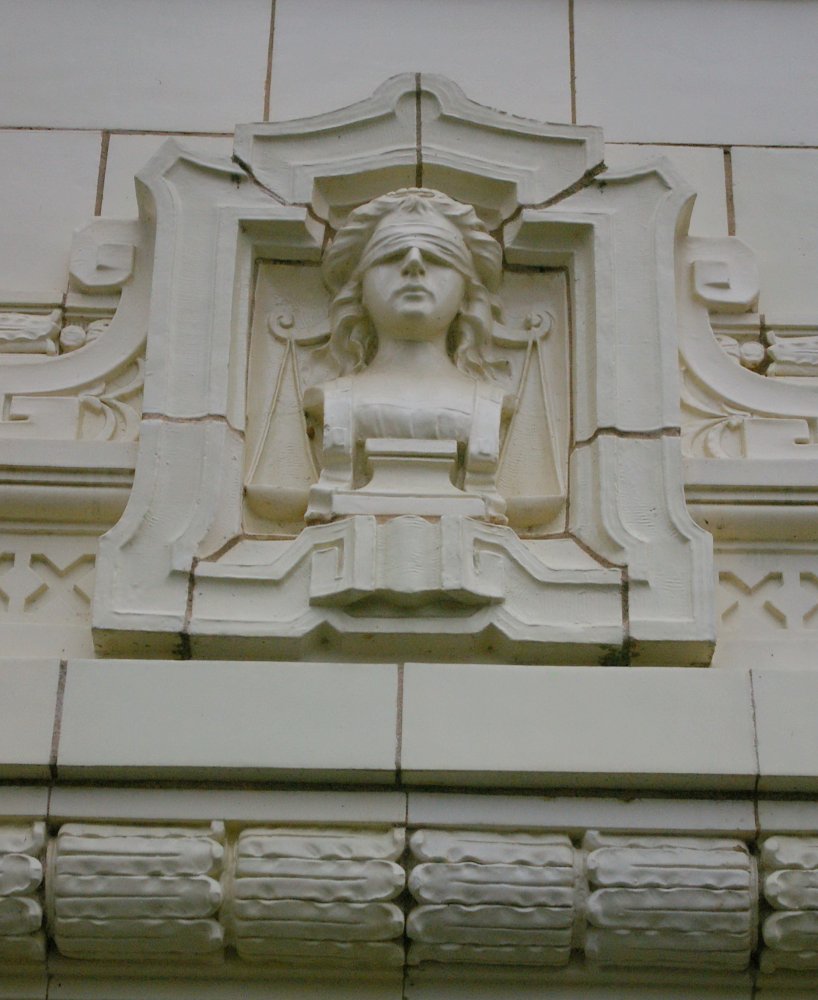 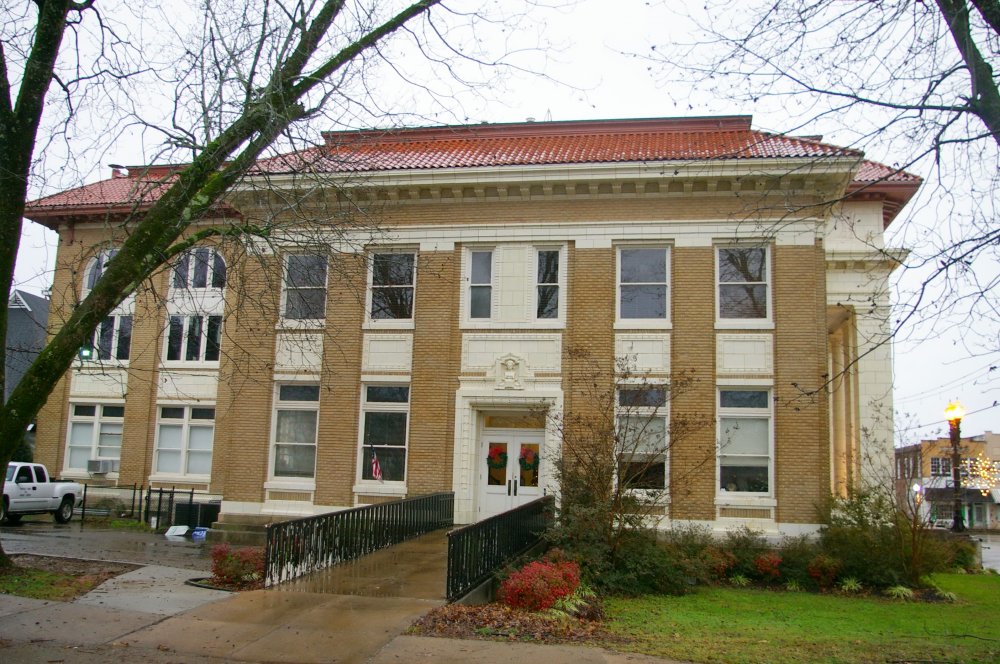 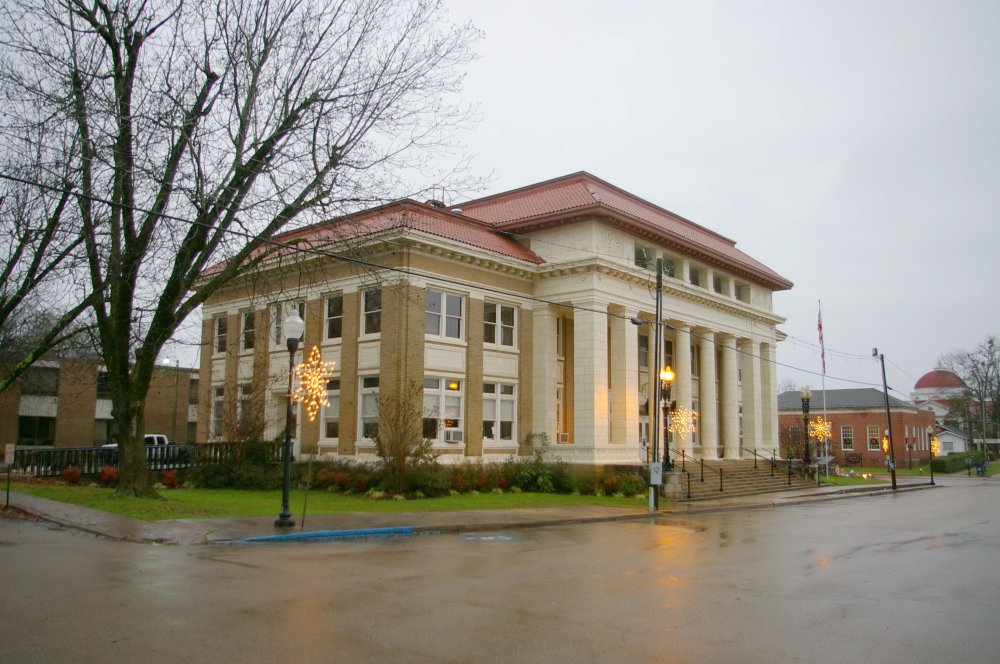 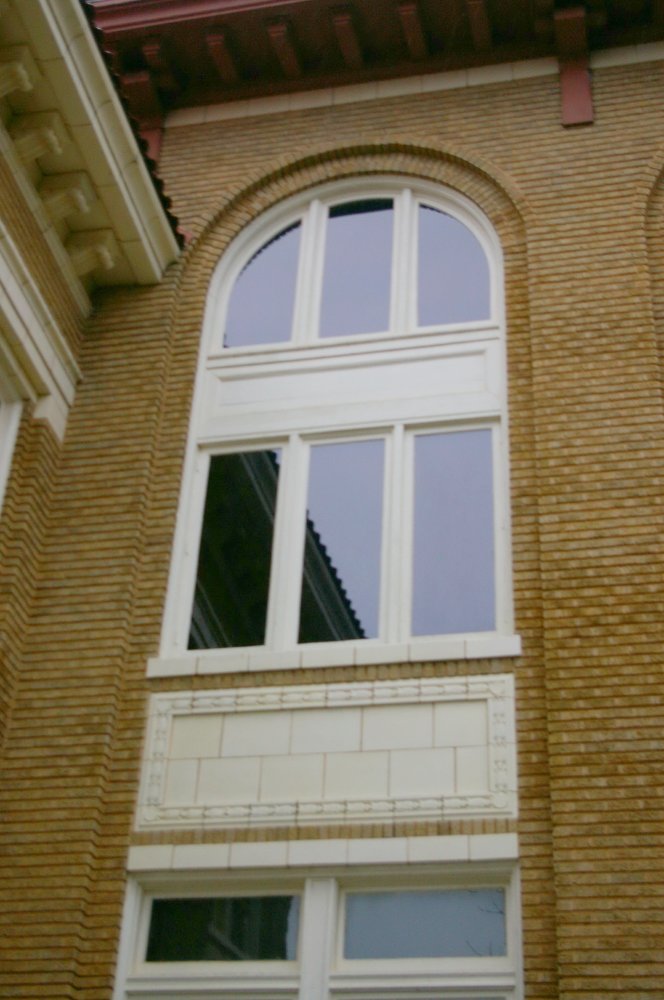 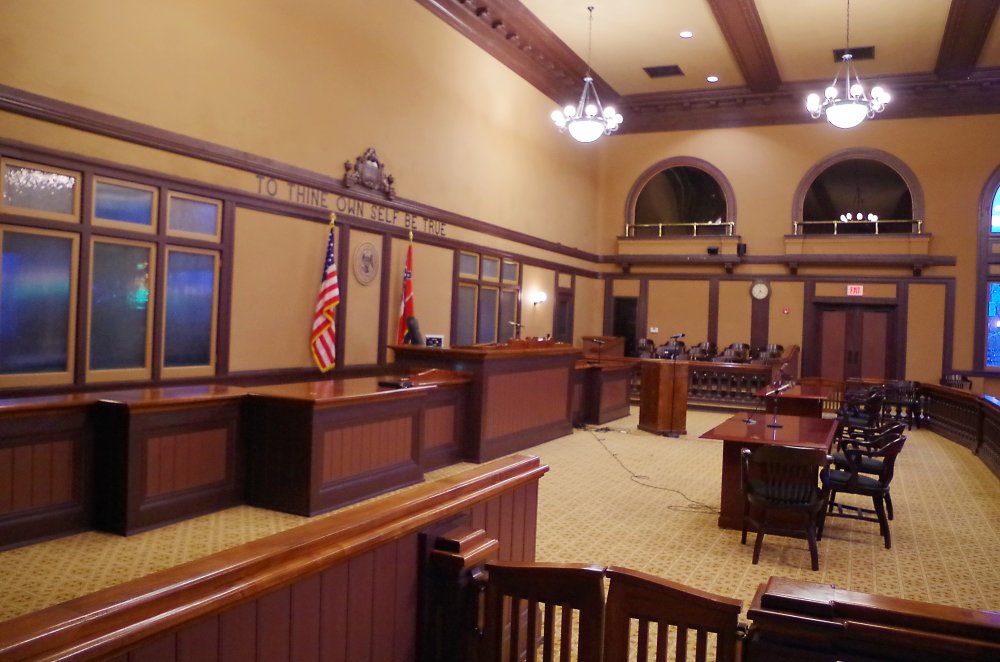 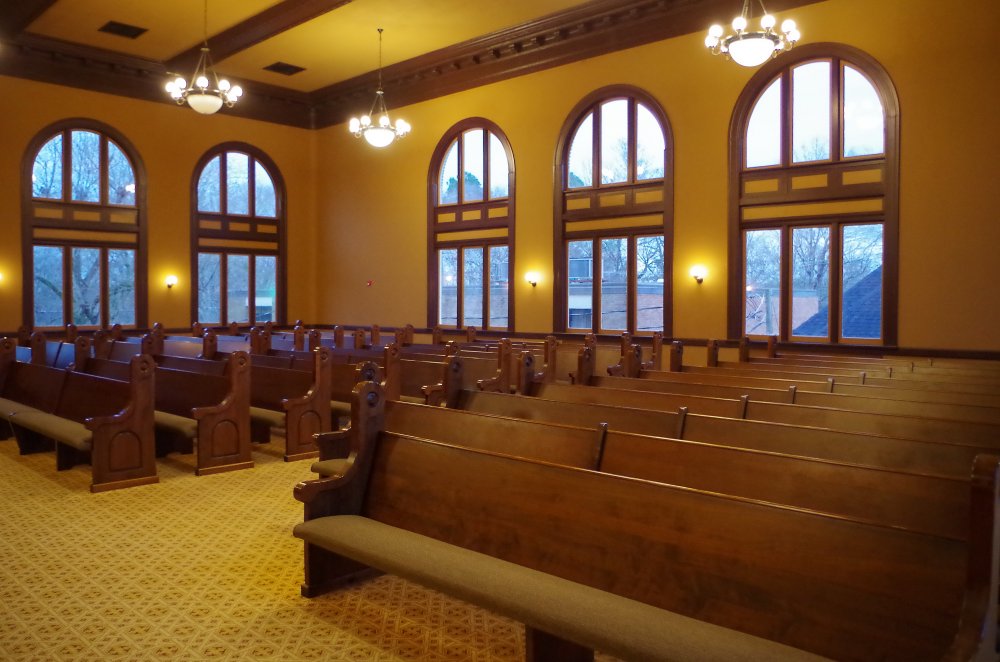 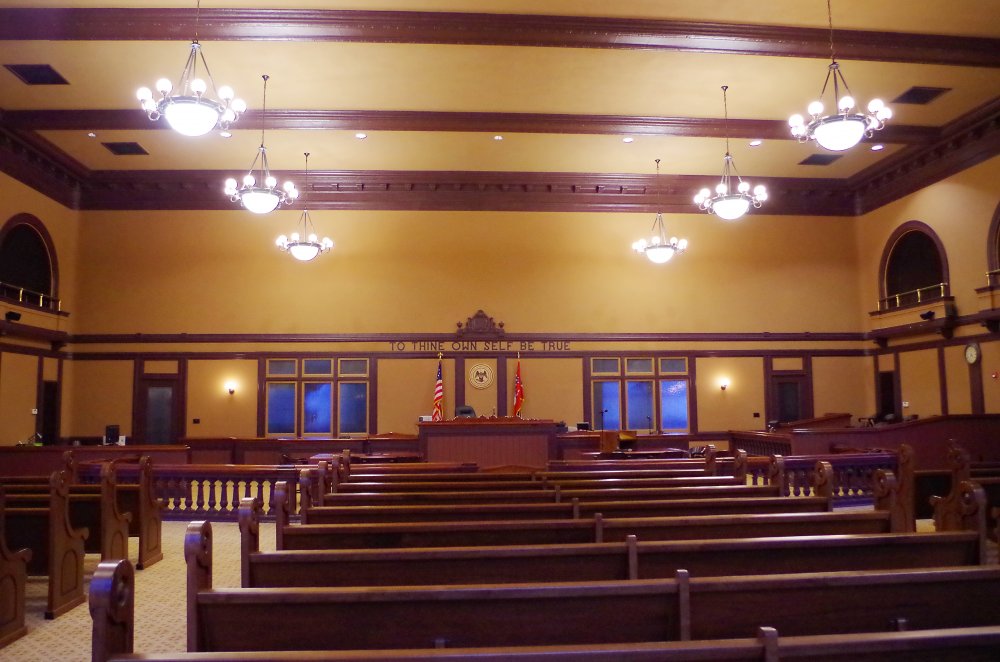 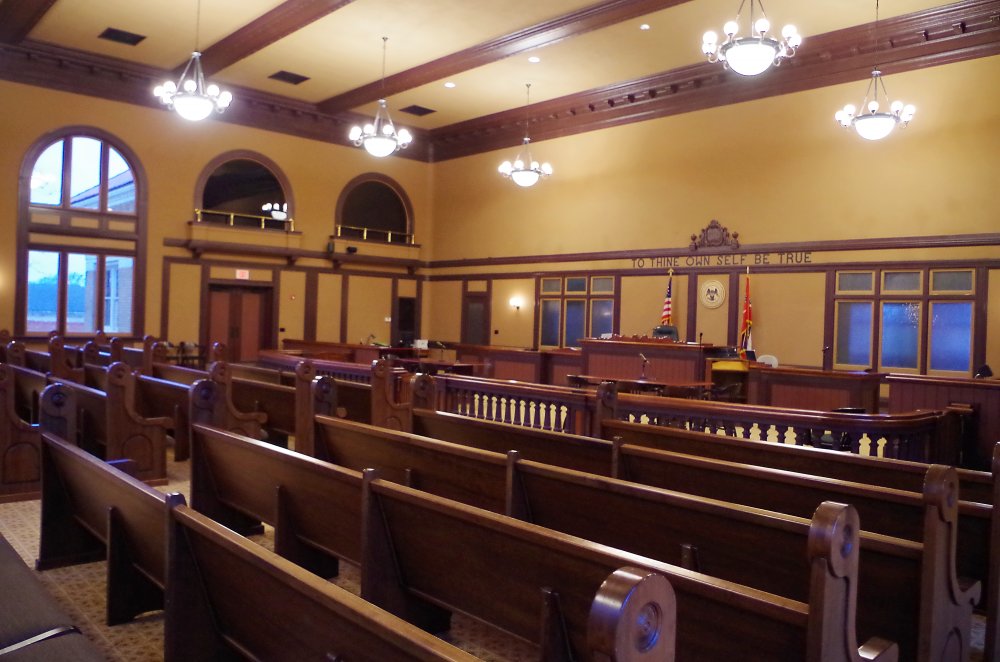 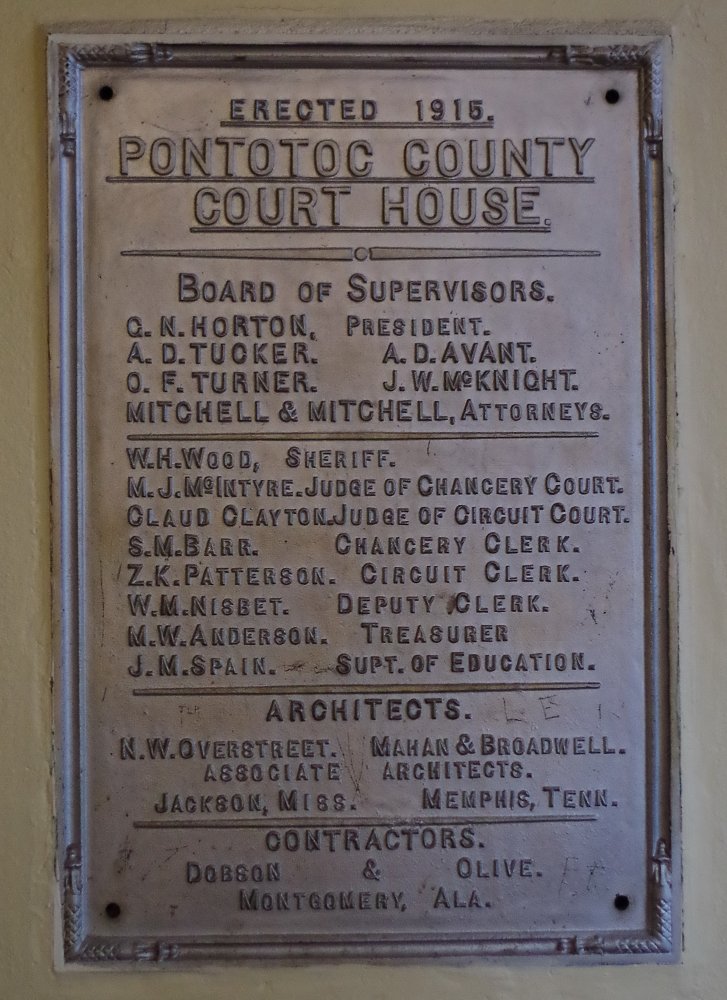