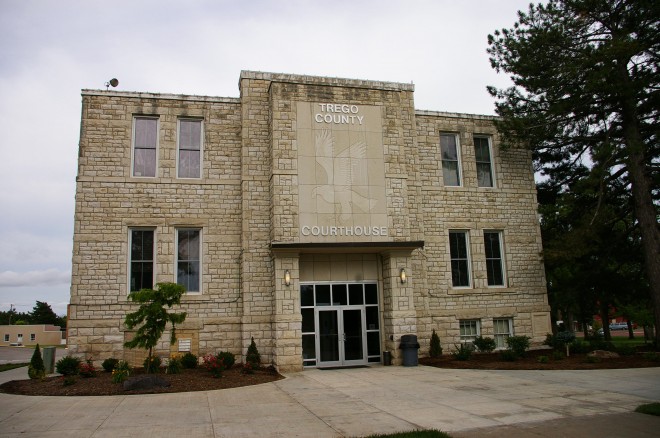 Trego County is named for Edgar P Trego, who was captain of company H, 8th Kansas infantry, who was killed in action at Chicamauga, Georgia on September 19, 1863.

Description: The building faces west and is a two story course stone structure. The building is located on the spacious landscaped grounds of the Courthouse Square in the center of WaKeeney. The building is constructed of Trego County hard stone and Mahattan stone. The building has an outline of an eagle on the stone above the west entrance. The roof is hipped. In the interior, the original stairs flank the east and west entrances. There is rich dark wood. The County District Court courtroom is located on the south side of the second story and has the original judge’s bench. In the basement is the former jail with unique flat bars and specially designed locks. The building houses the County District Court of the 23rd Judicial District. The architect was George R Ropes of Topeka and the contractor was George Barrett and George Pinkham. The building was remodeled in 1951 and 1952 when the original roof which was tin and the clock tower were removed to create a modern appearance. The architect was Wilson & Company and the contractor was Val Borden Construction Company of Salina. In 1966, the courtroom was remodeled. In 1967 the exterior was sandblasted and sealed. The contractor was Masonary Restoration of Nebraska. The building was remodeled in 2012 adding a hipped roof.

History:  The county was created in 1867 and WaKeeney was selected as the county seat in 1879 when the county was organized. The county uses rented premises until the first and present courthouse was constructed in 1888 to 1889 at a cost of $26,994. 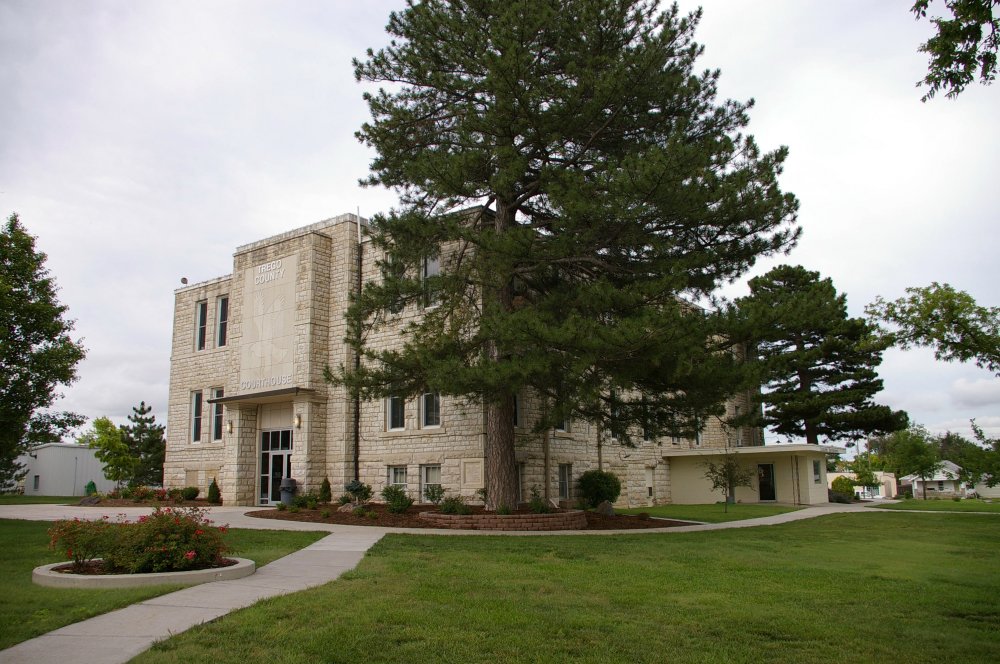 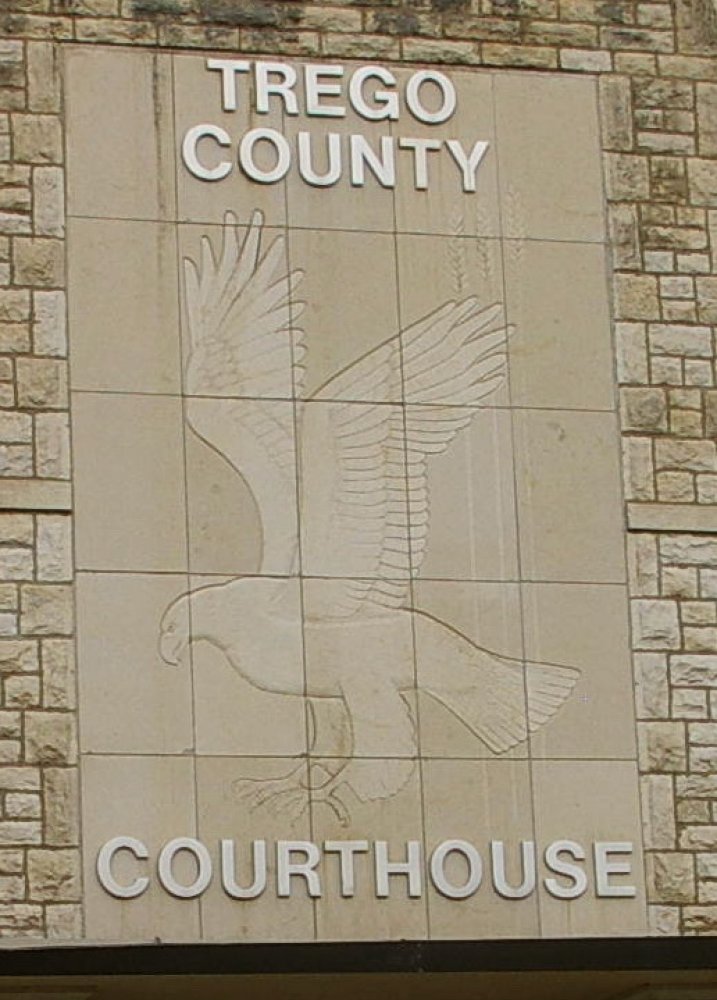 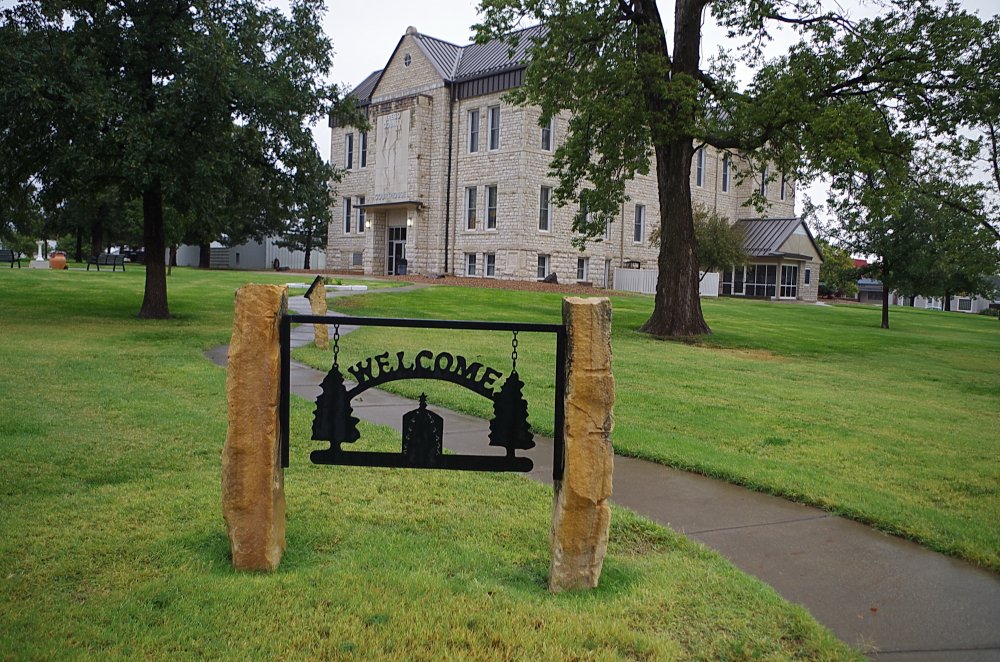 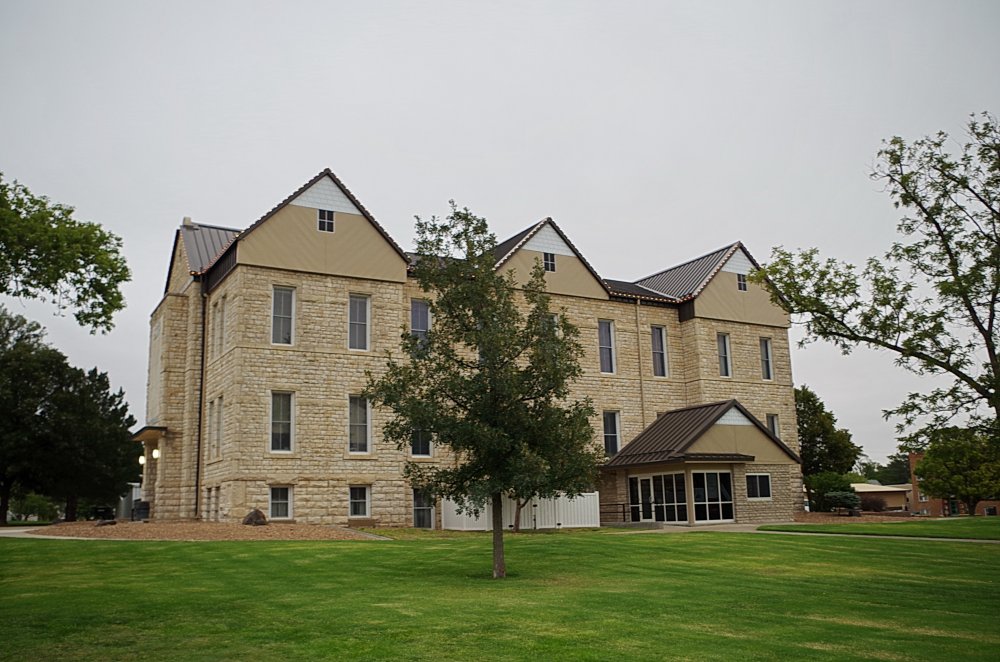 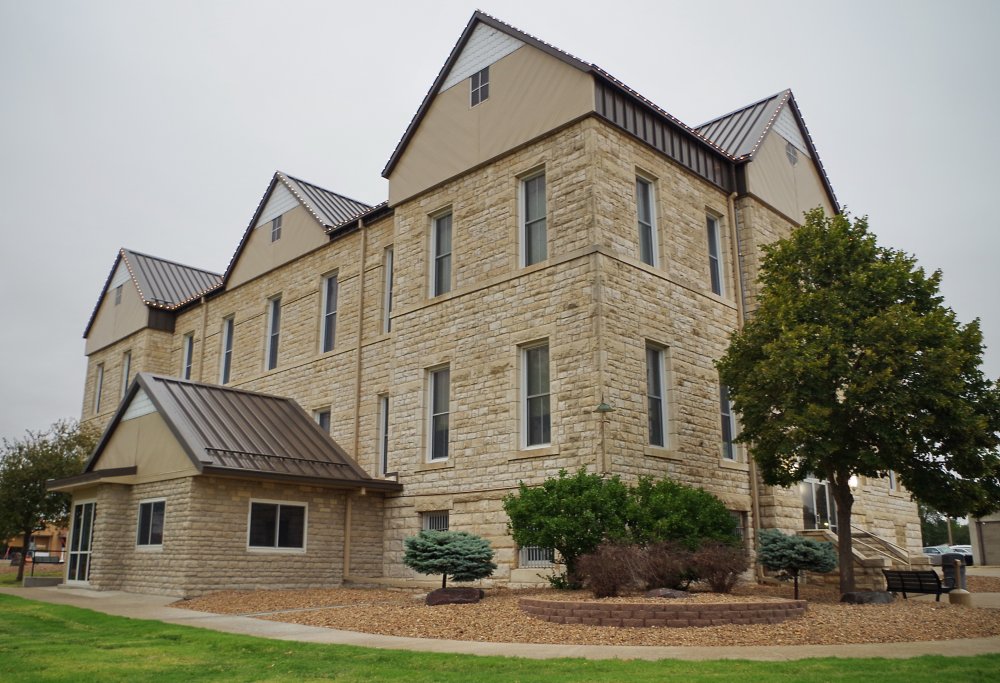 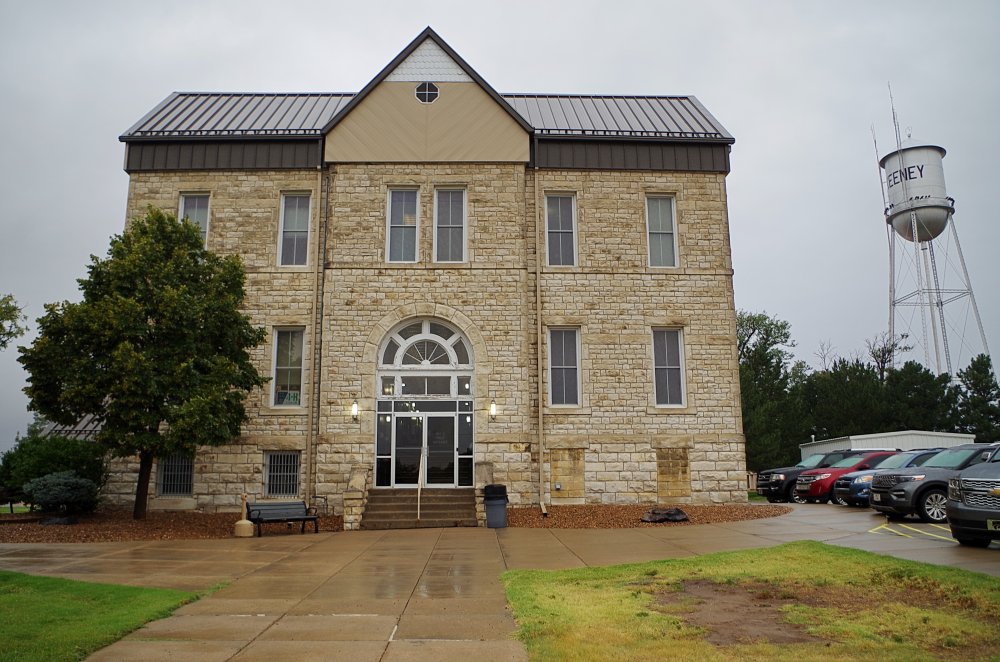 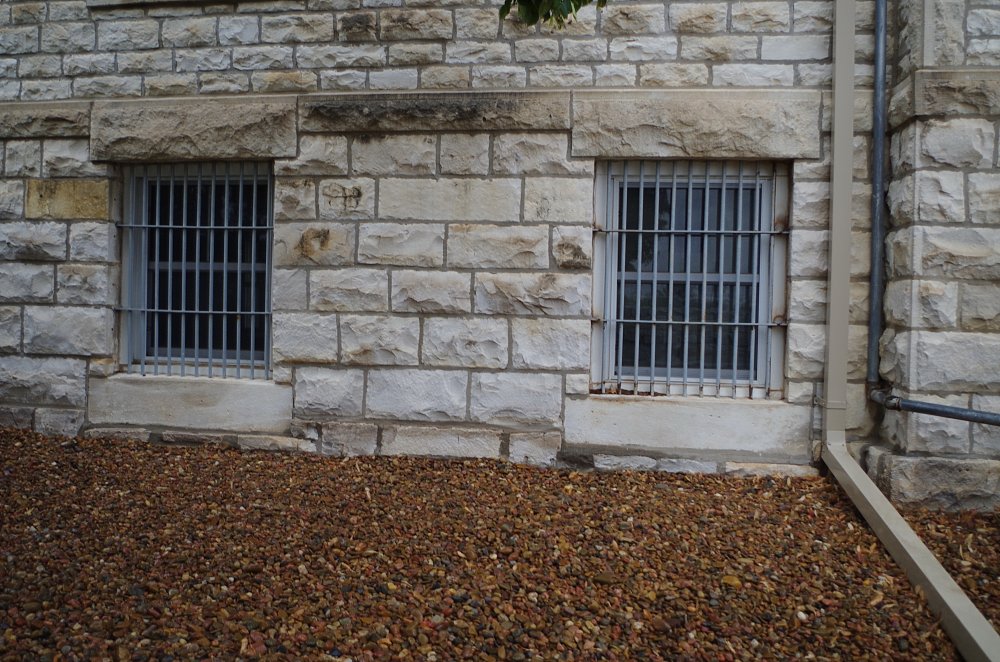 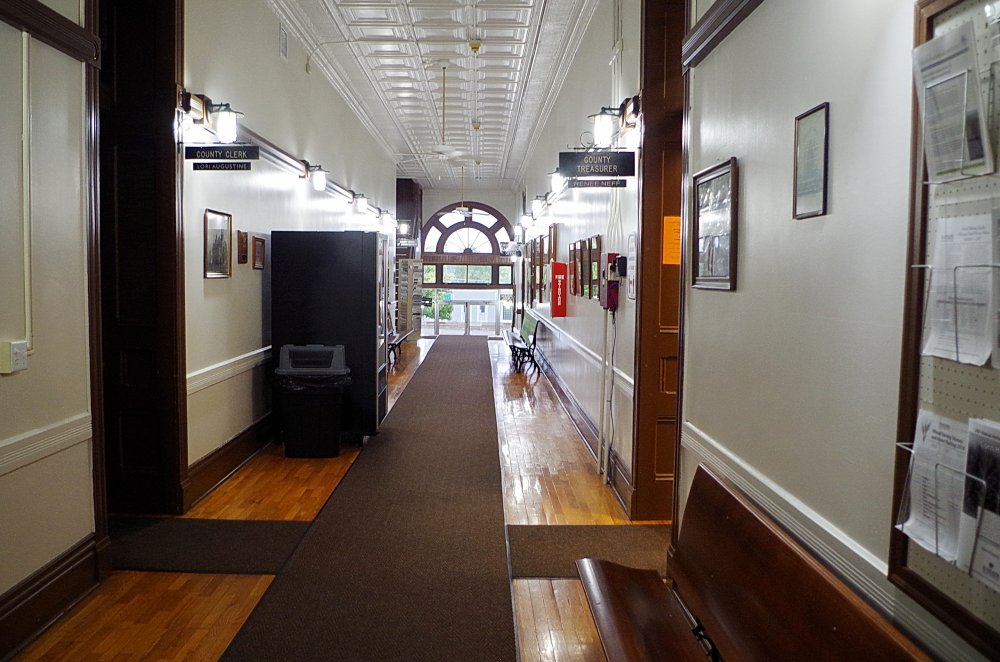 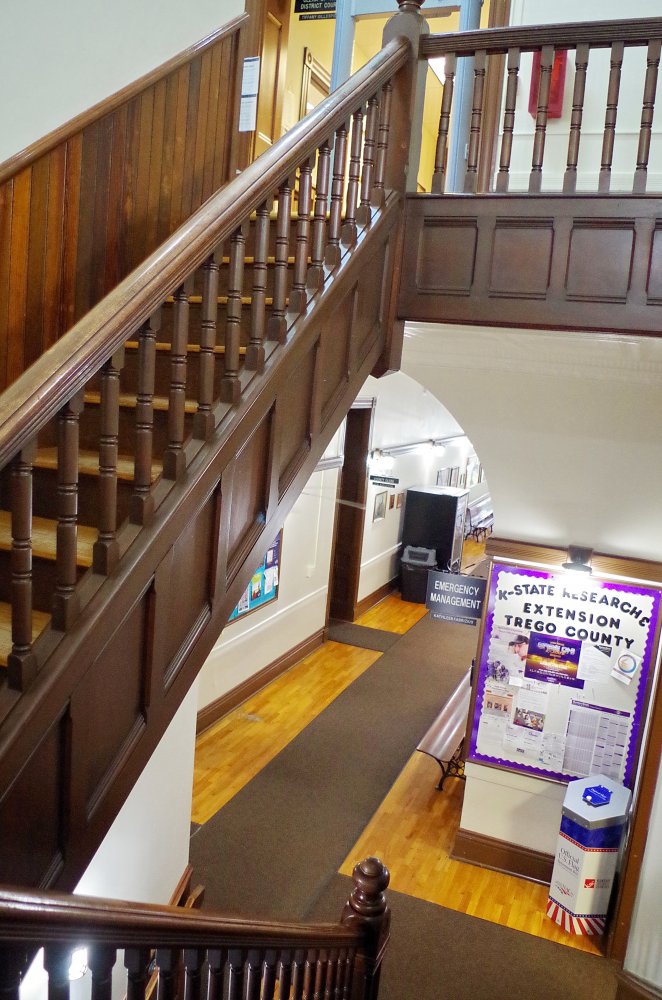 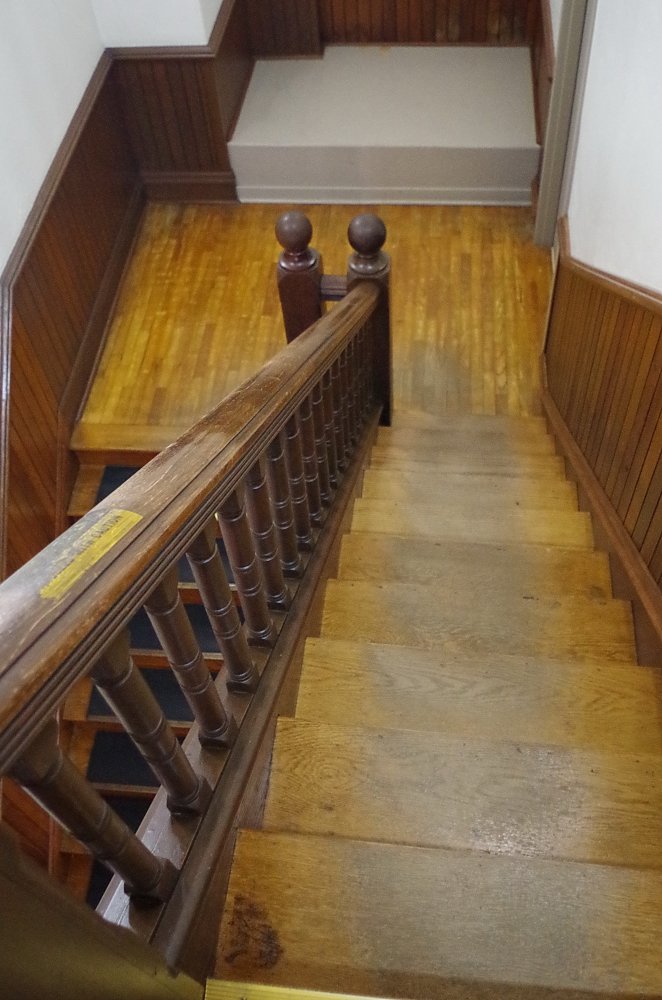 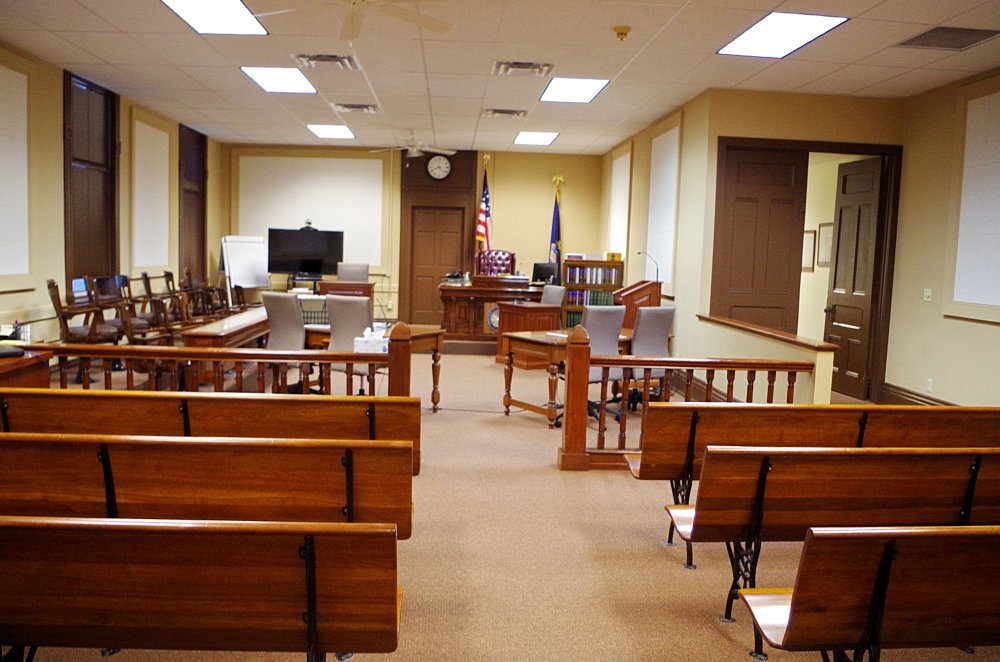 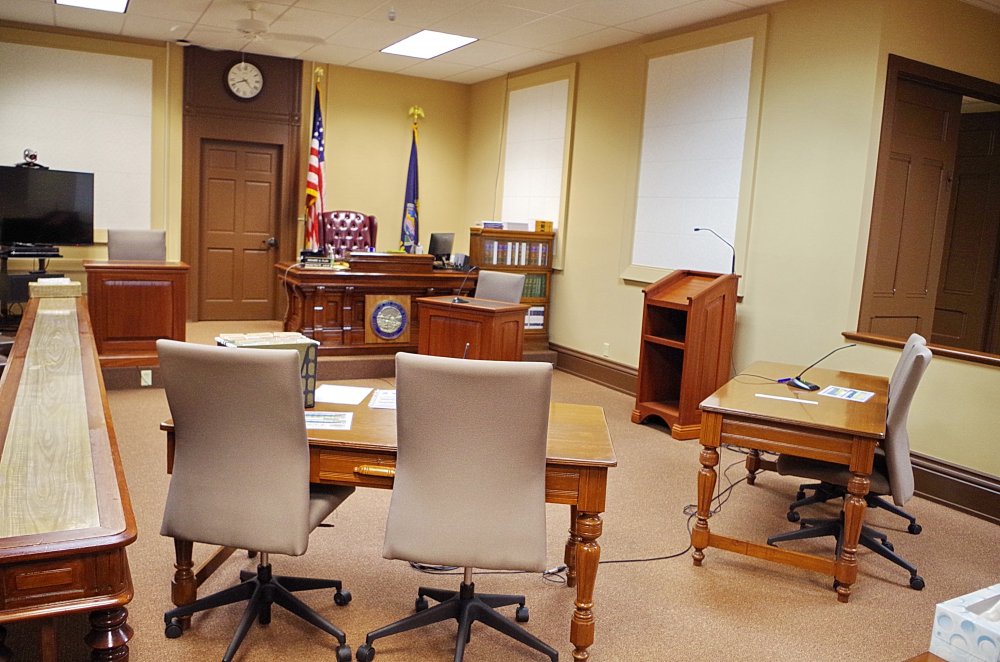 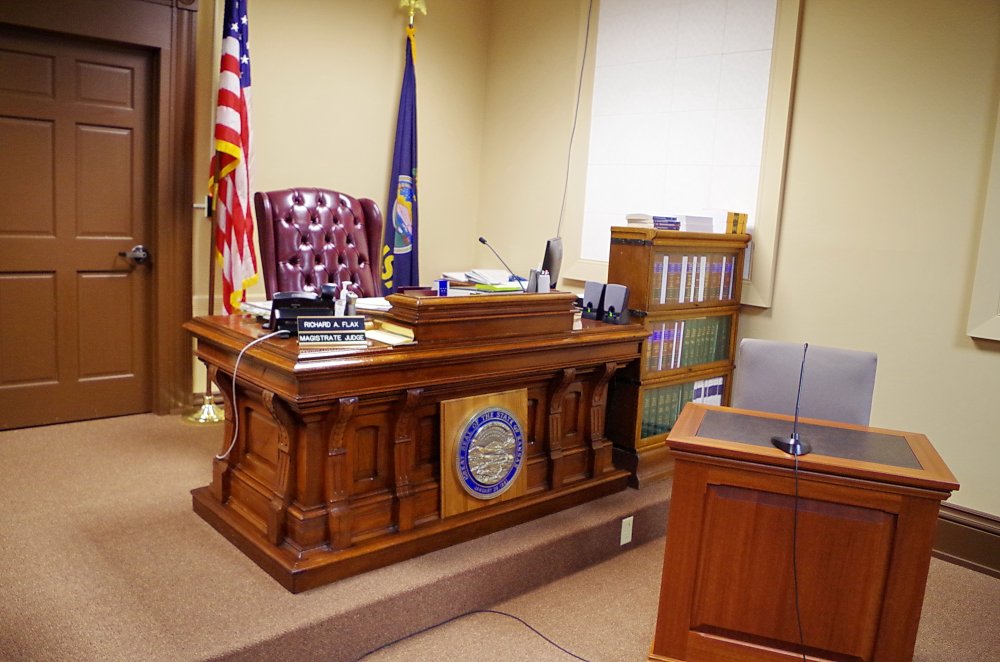