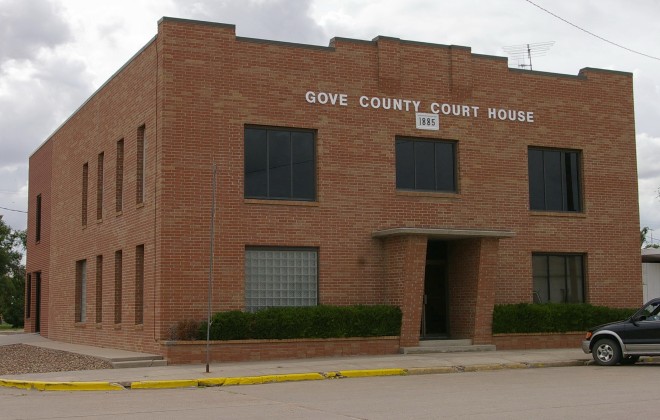 Description:  The building faces east and is a two story red colored brick structure. The  building is located in the center of Gove. The rectangular shaped building has a small entrance extension on the east side. The building has extended on the west side. The roof line is flat. In the interior, the courtroom is located on the north side of the second story. The building houses the County District Court of the 23rd Judicial District. The building was remodeled in 1960 and in 1974, the exterior was faced with brick.

History:  The county was created in 1868 and Gove was selected as the county seat. The courthouse was originally built as the Benson House, a hotel. The building was a handsome post-rock structure. When the county was organized in 1886, it purchased the hotel in 1886, and moved into the building in 1887. At some point in its history the stone courthouse was stuccoed over, and it existed as a white colored stucco building for most of the 20th Century. In the past 20 years or so additions have been made to the rear of the structure and the exterior was bricked over. 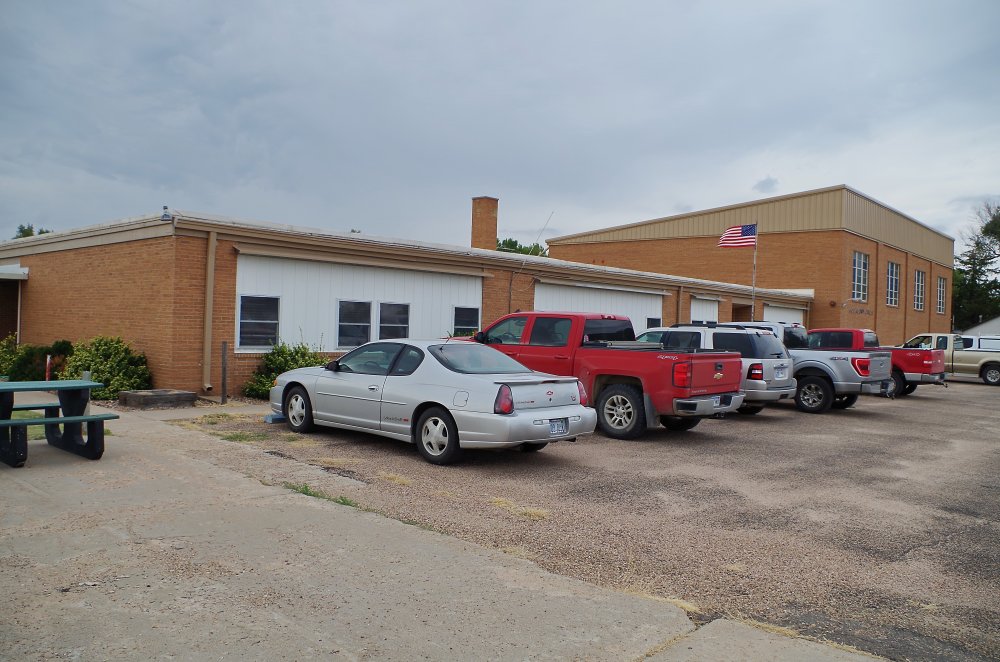 Description:  The building faces east and is a one and two story red colored brick school style structure. The rectangular shaped building is located on the east side of the center of Gove. The south section is one story with white colored surface around the windows. In the interior is a central north-south corridor. The north section resides to two stories and housed the auditorium. The roof line is flat. 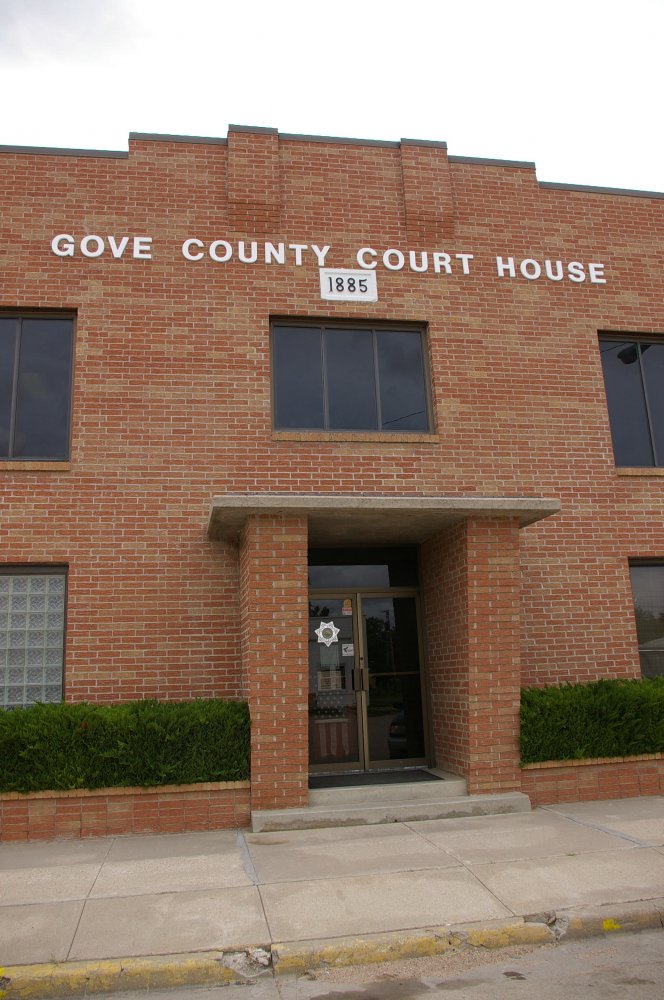 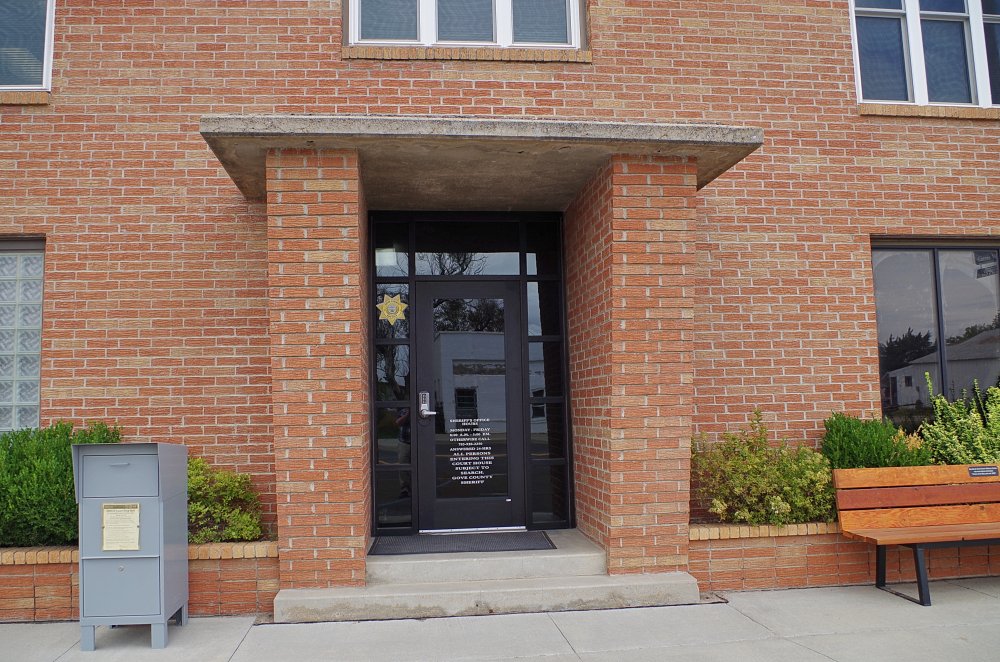 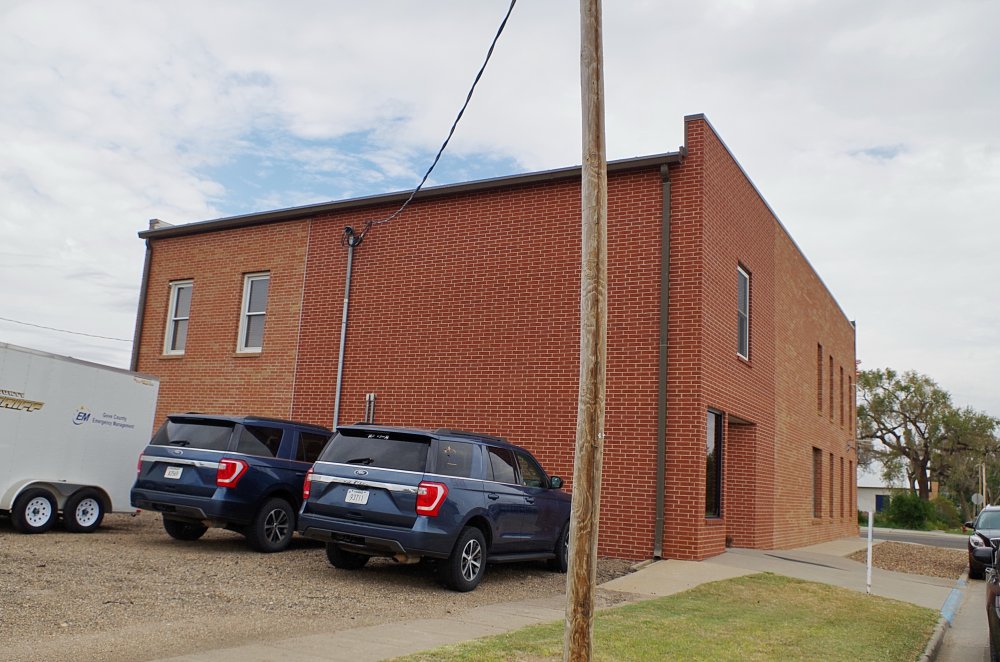 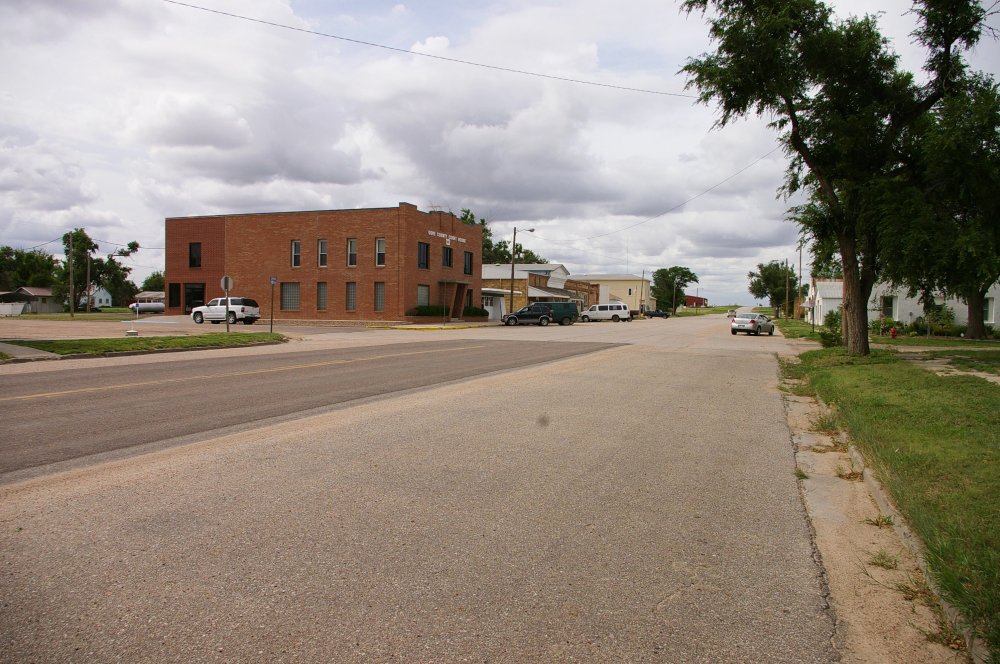 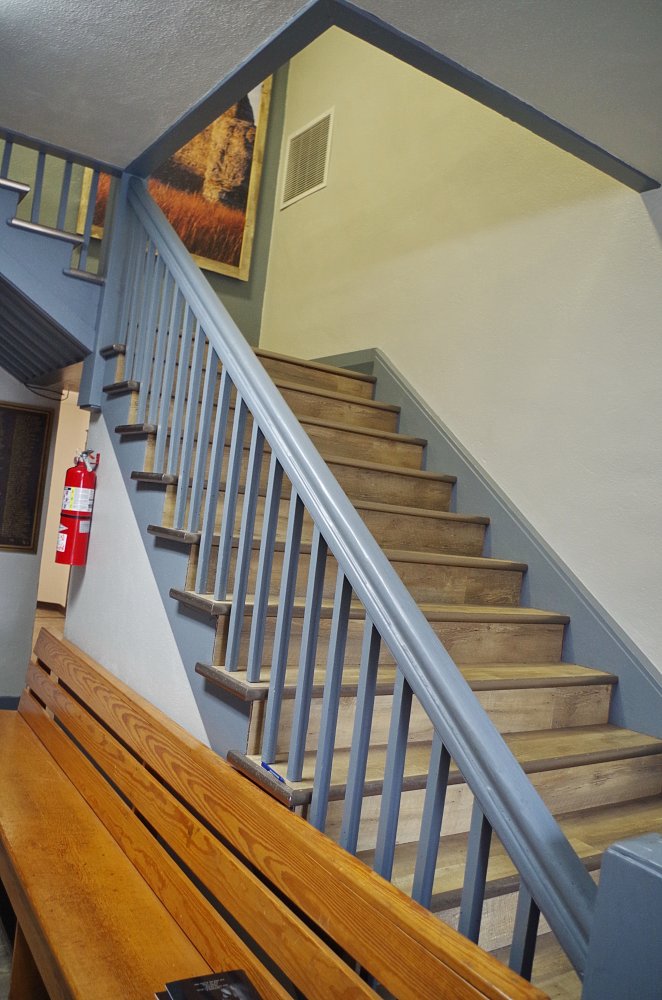 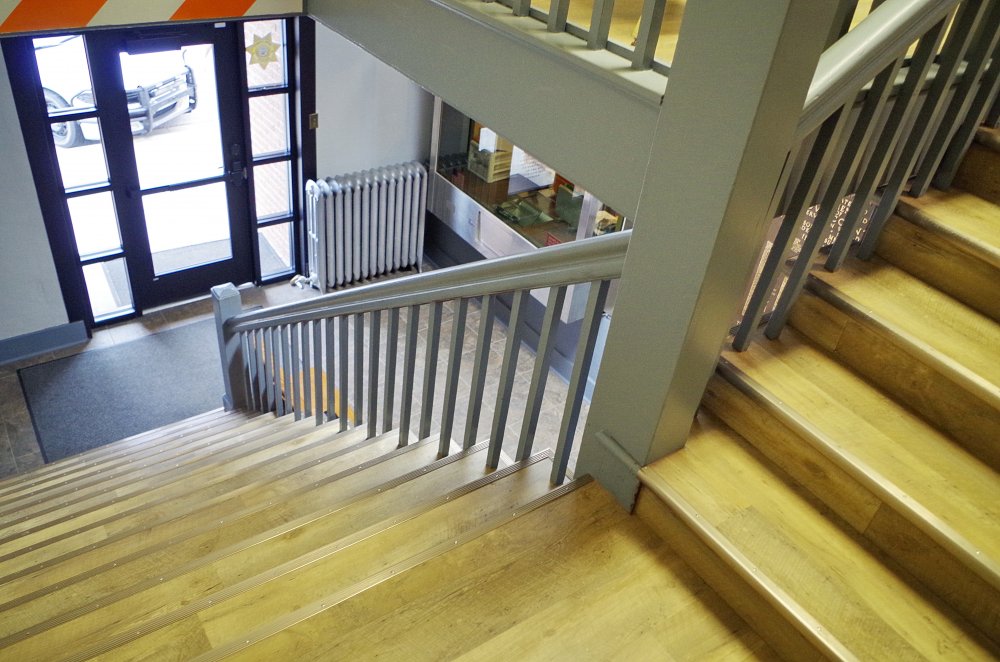 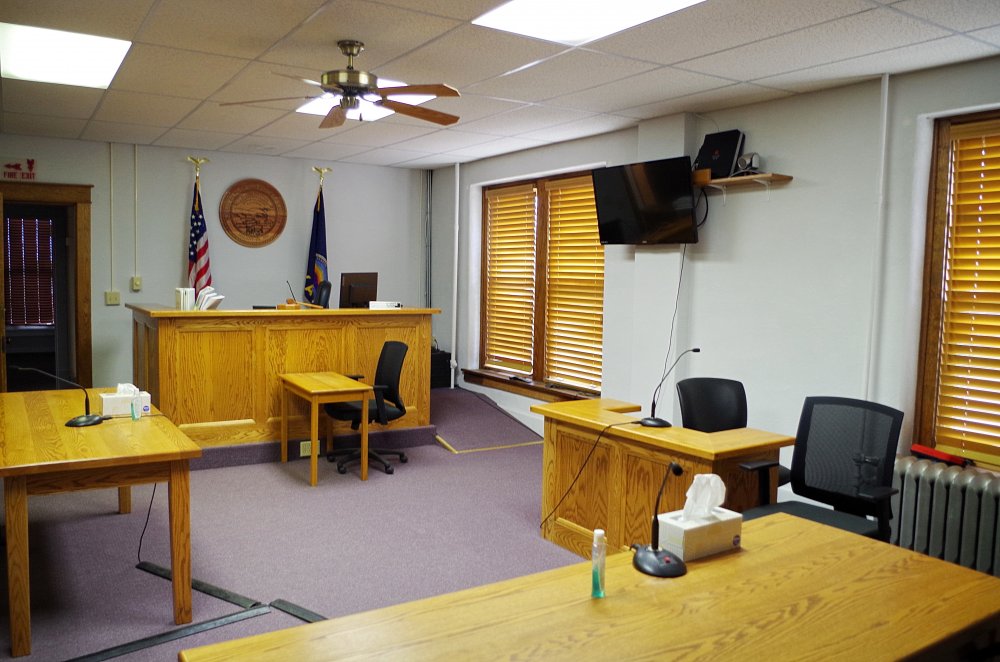 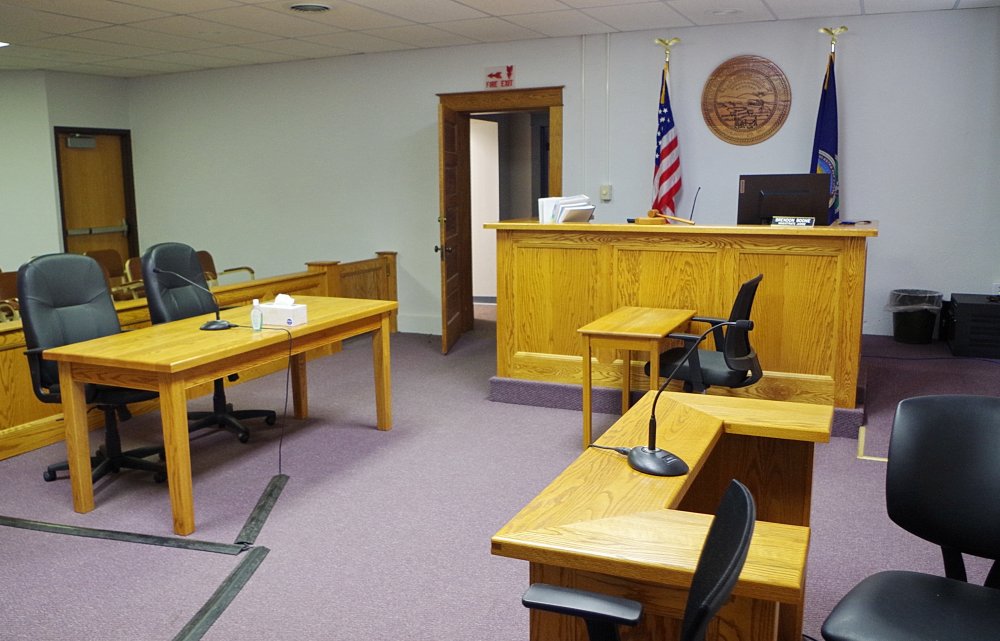 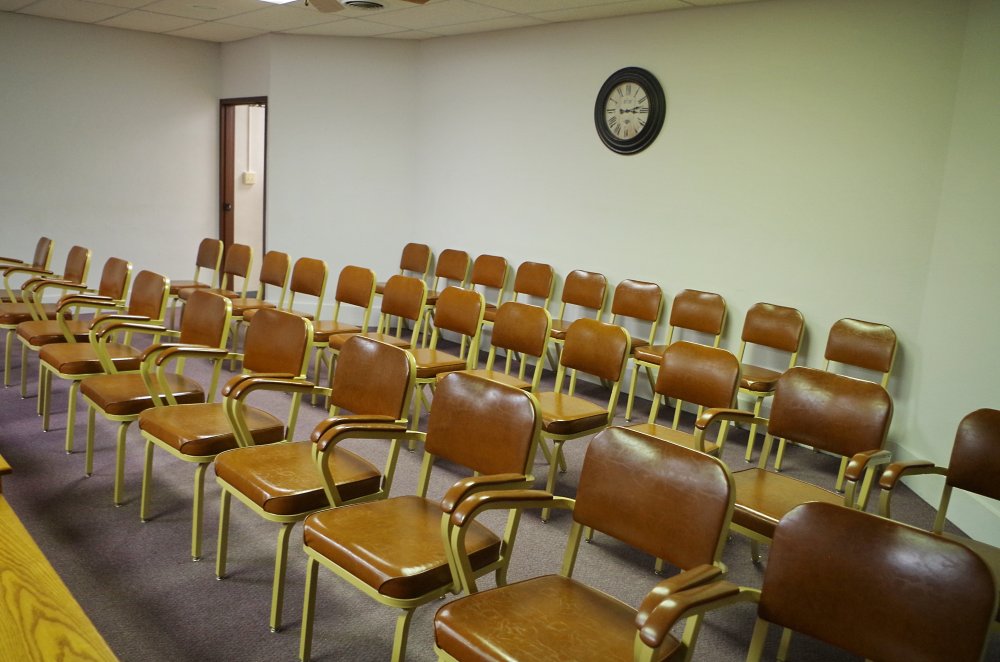 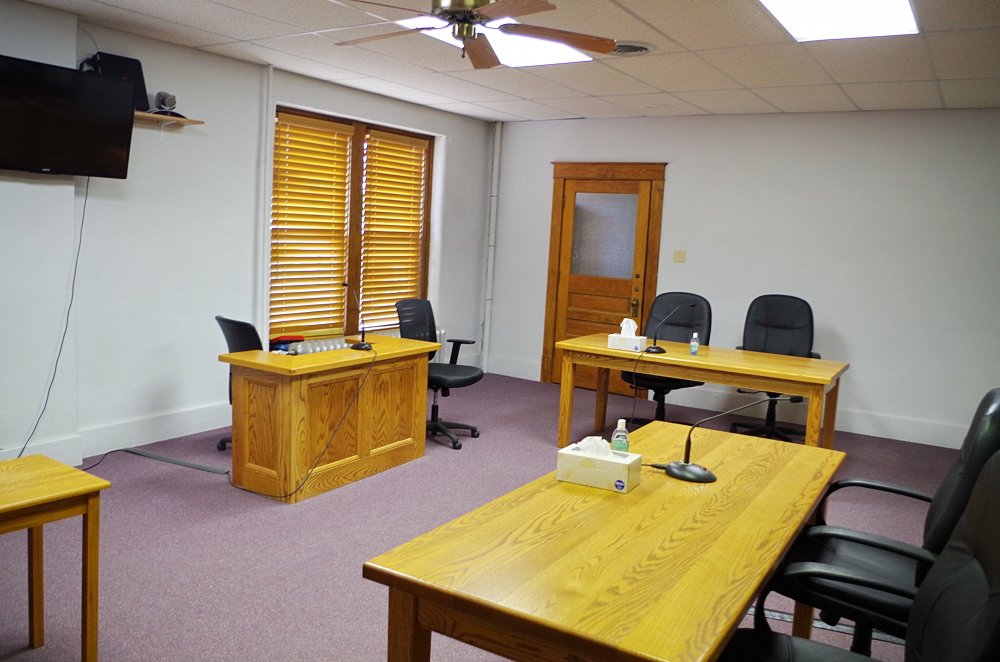 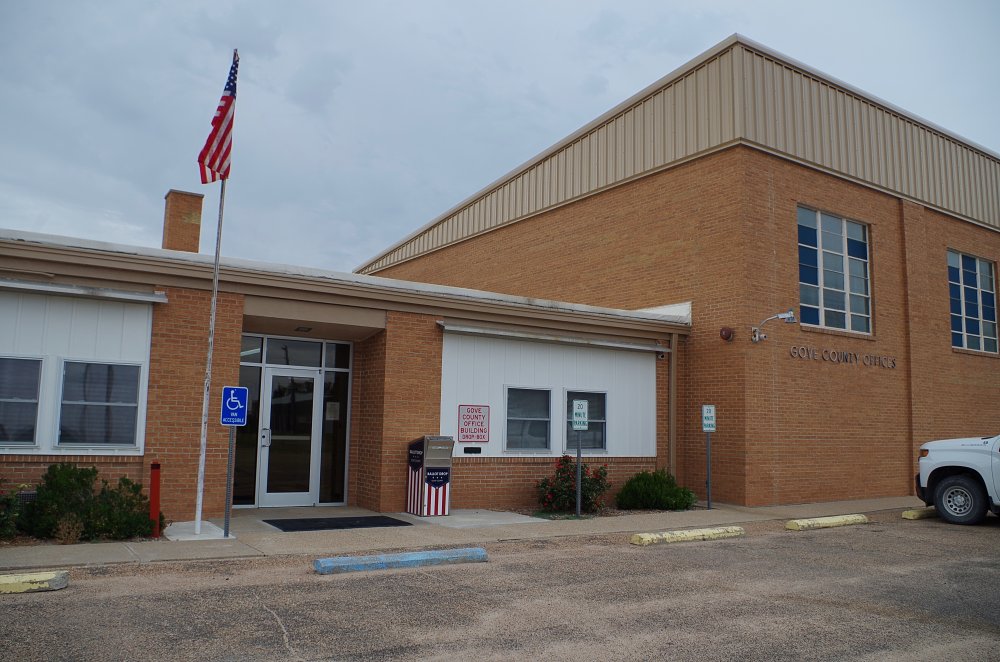 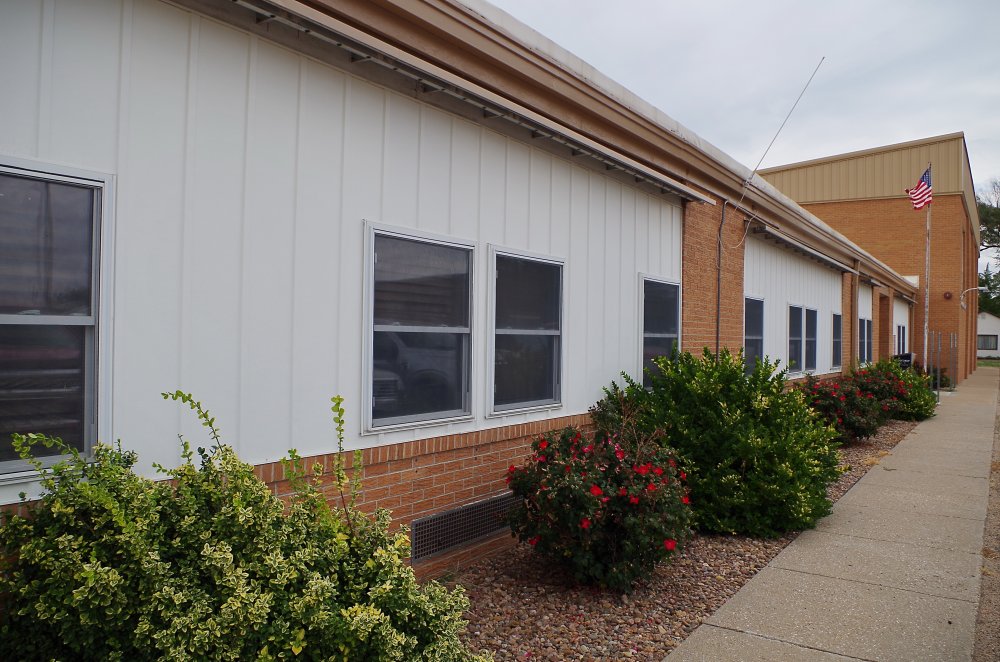 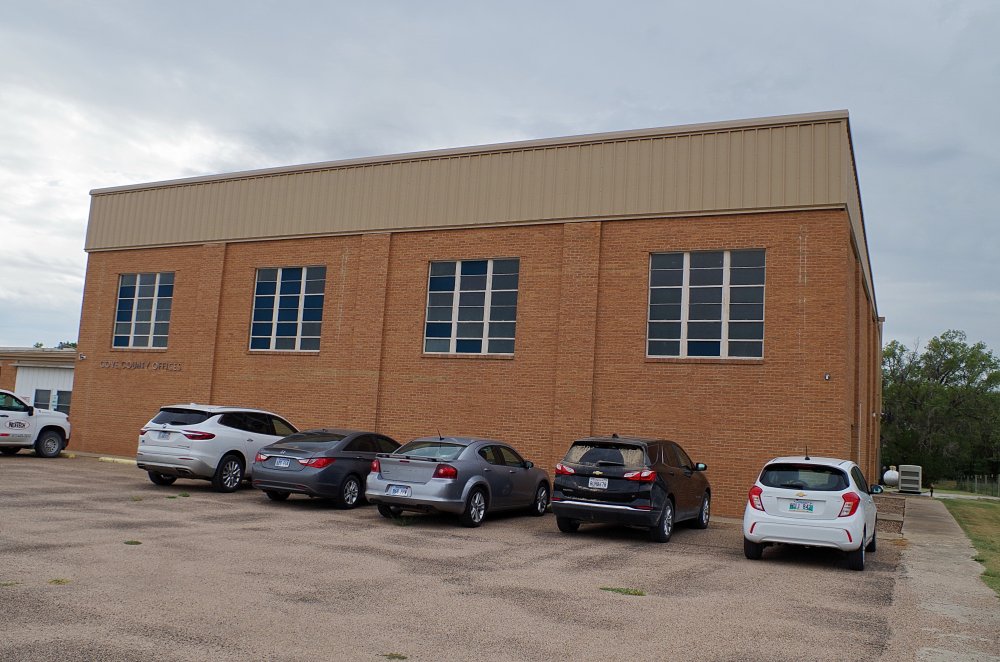 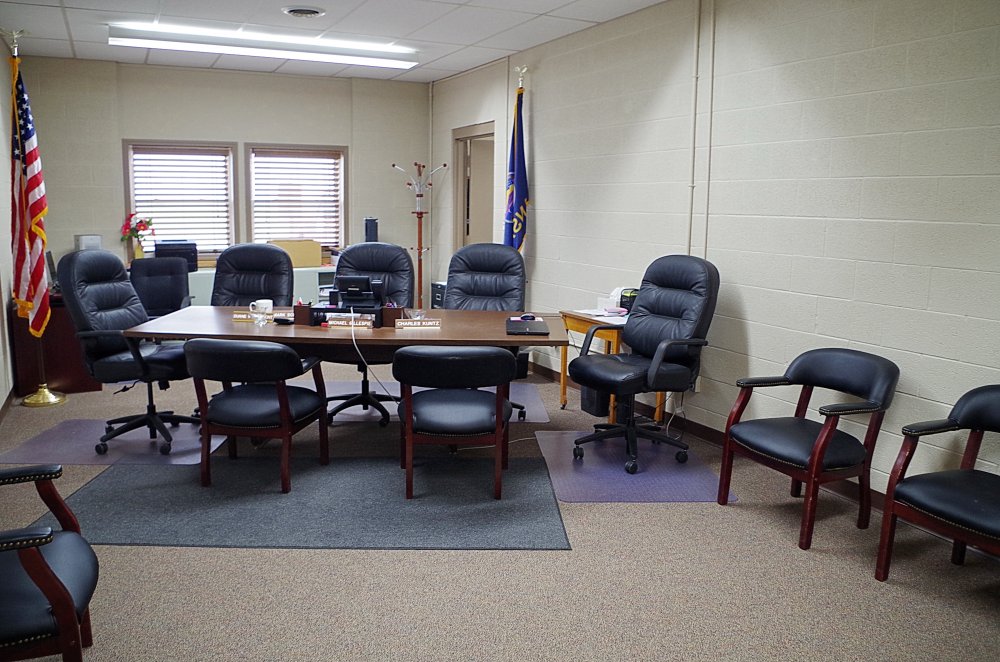 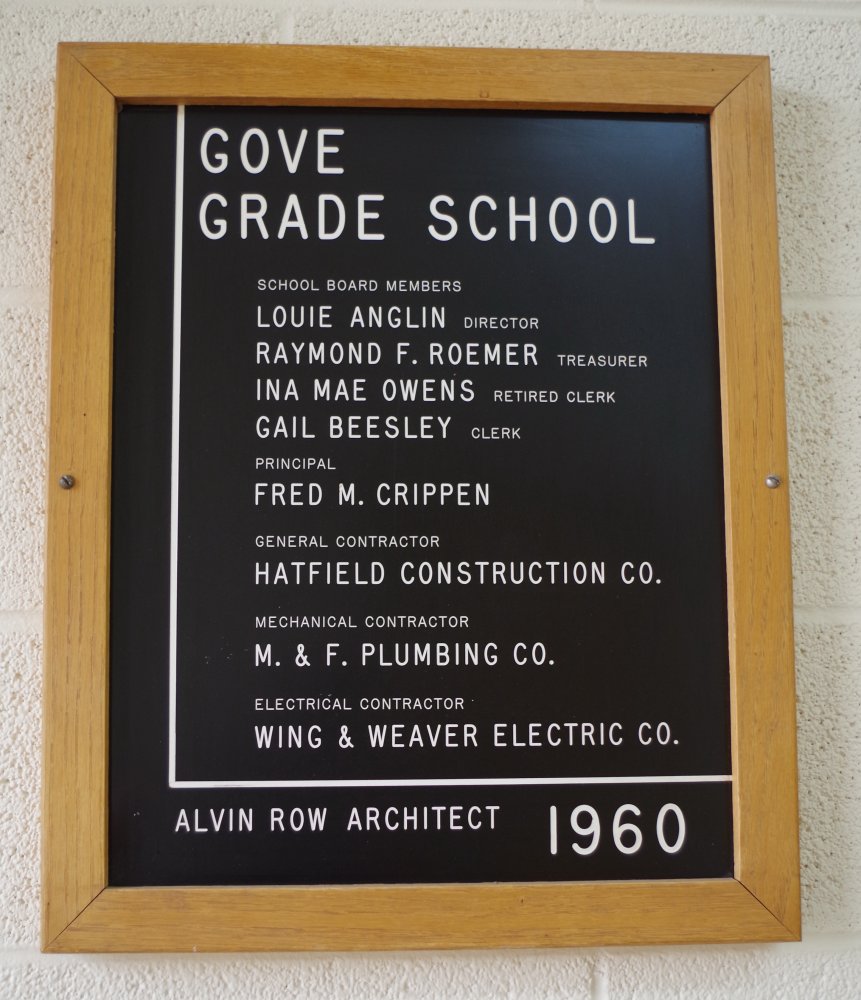