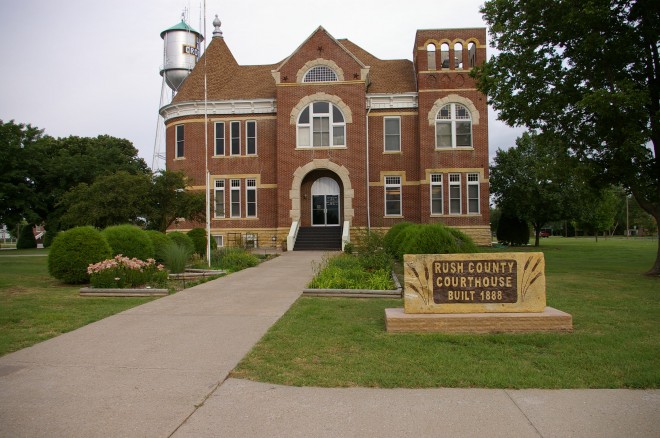 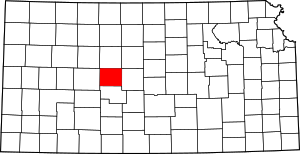 Description:  The building faces east and is a two story red colored brick structure. The building is located on spacious landscaped grounds in the center of La Crosse. The southeast tower is round with a conical roof topped by an onion-shaped finial.  The northeast tower is square and when built had a steeply pitched hip roof.  Arched openings pierce the upper part of the square tower. The main entrance, reached by a set of wide masonry steps, is set within a stone arch that is repeated twice above in the projecting entrance bay.  The building has a rough-hewn native limestone base. In the interior are wood stairs and trim. The County District Court courtroom is located on the west side of the second story and has stained glass windows. The building houses the County District Court of the 24th Judicial District.

Note:  The cost of construction of the courthouse was $17,950. The project was hindered by considerable bickering between the contractor, the commissioners, and George Shaffer, who was the superintendent of construction.  Allegedly the plans were poorly drawn and the commissioners insisted on making numerous changes.  Despite the delays, the building was finished by the spring of 1889.

History:  Due to a long county seat war with Walnut City, no courthouse was erected. The first and present courthouse was constructed in 1888 to 1889. 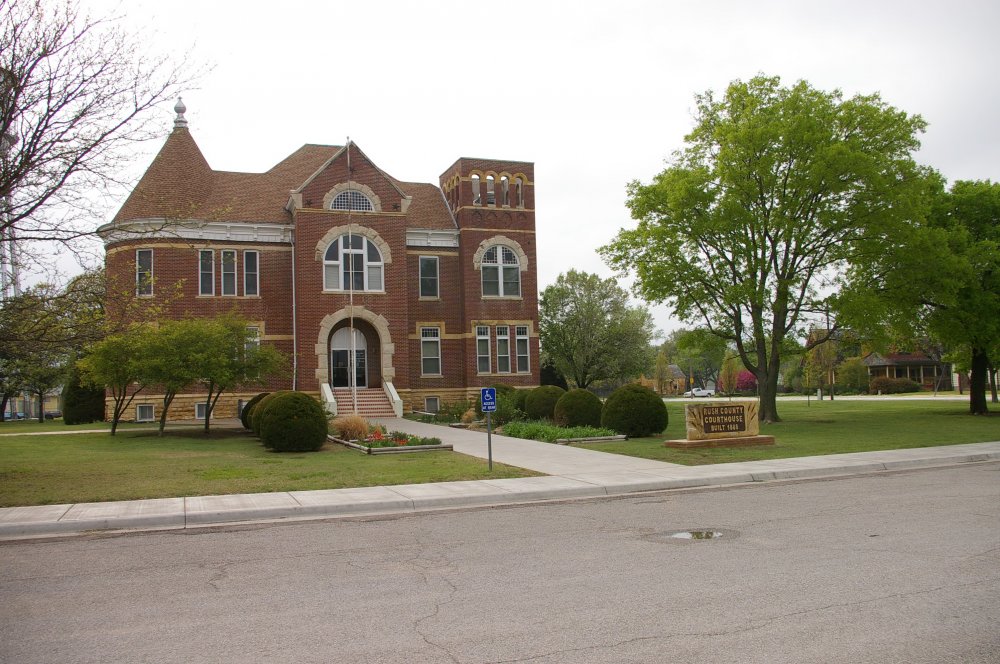 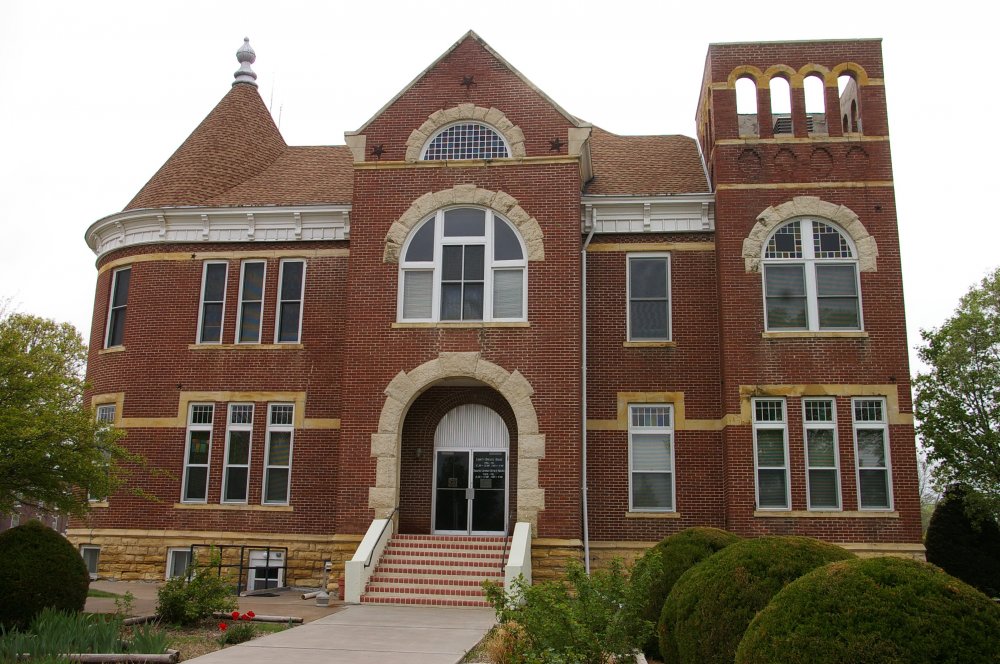 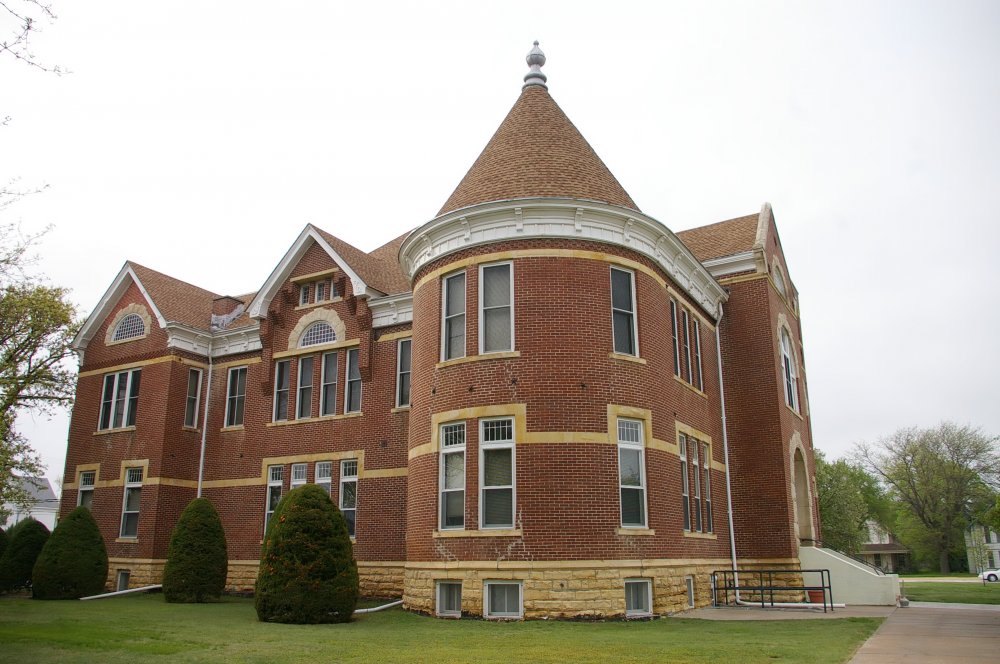 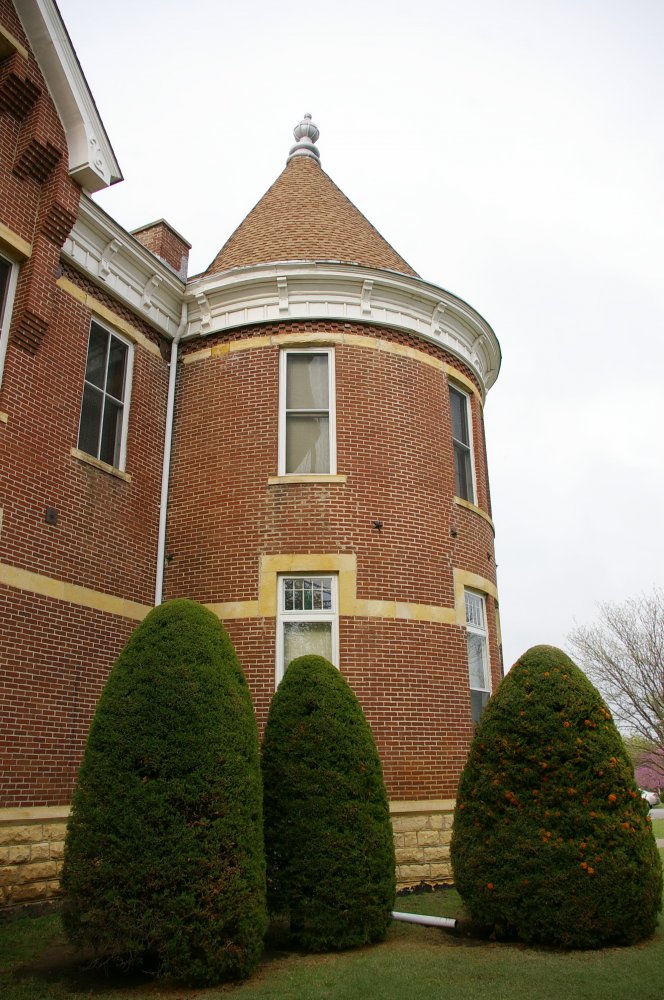 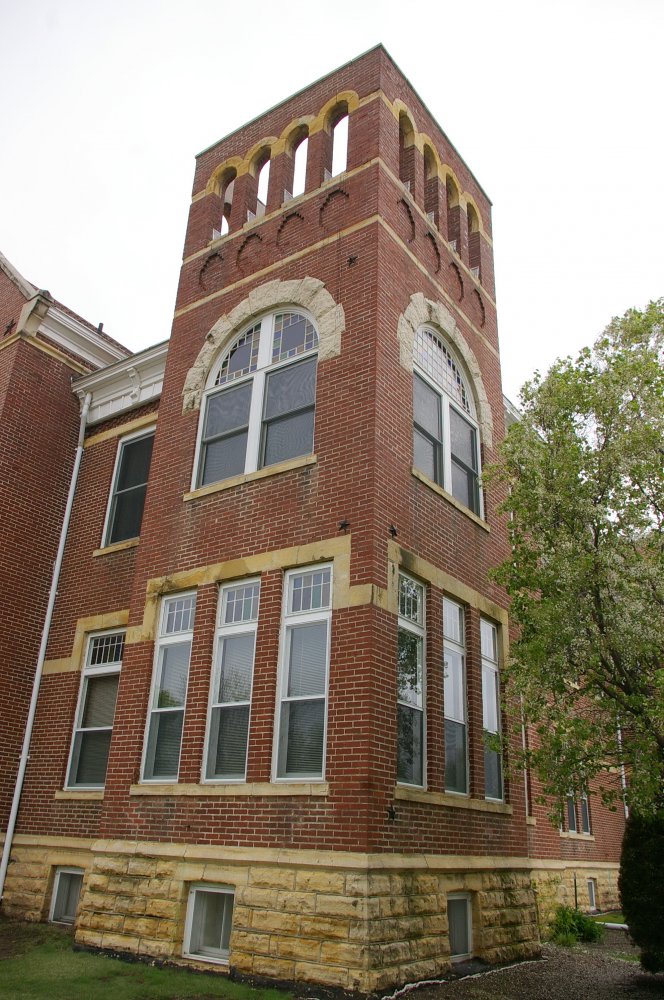 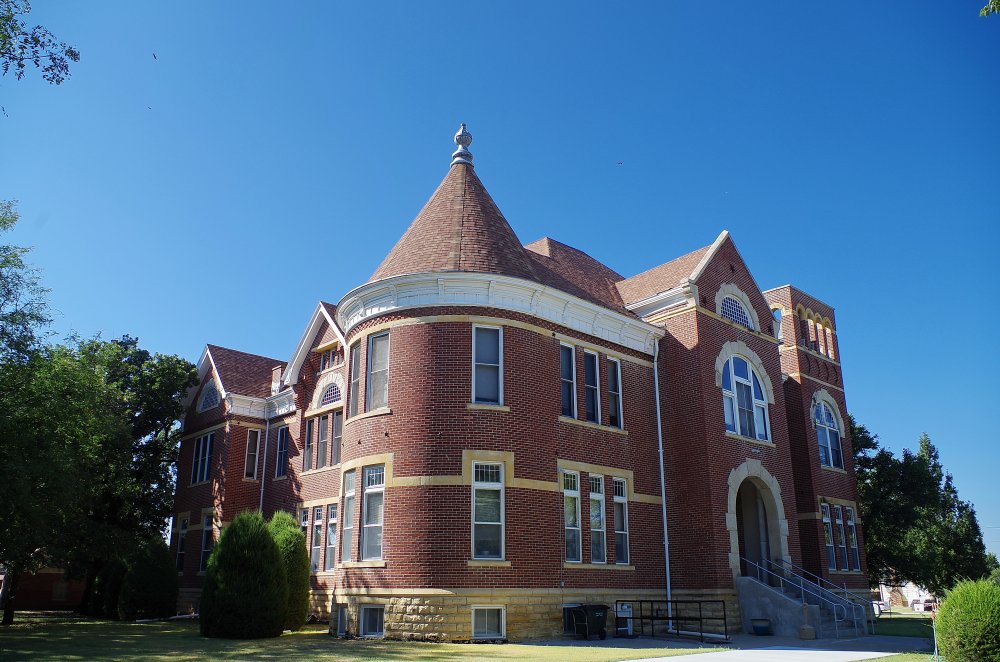 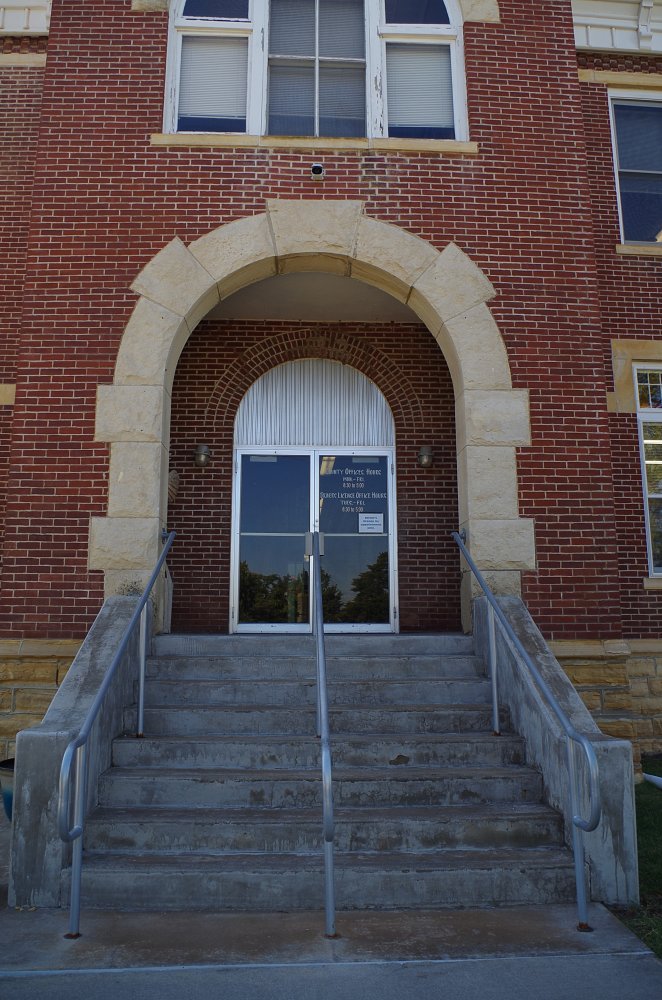 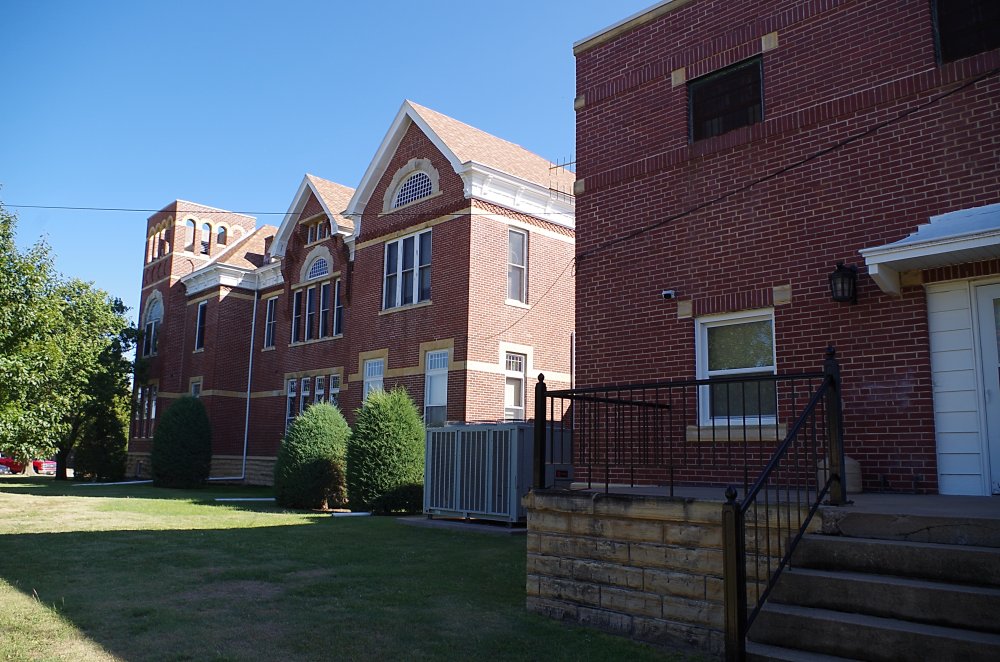 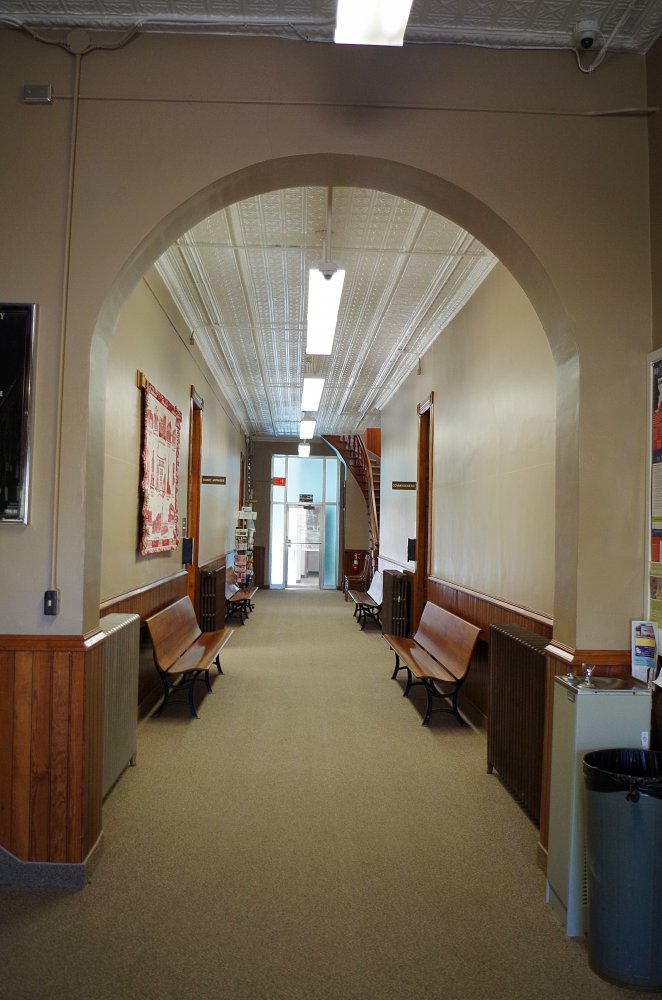 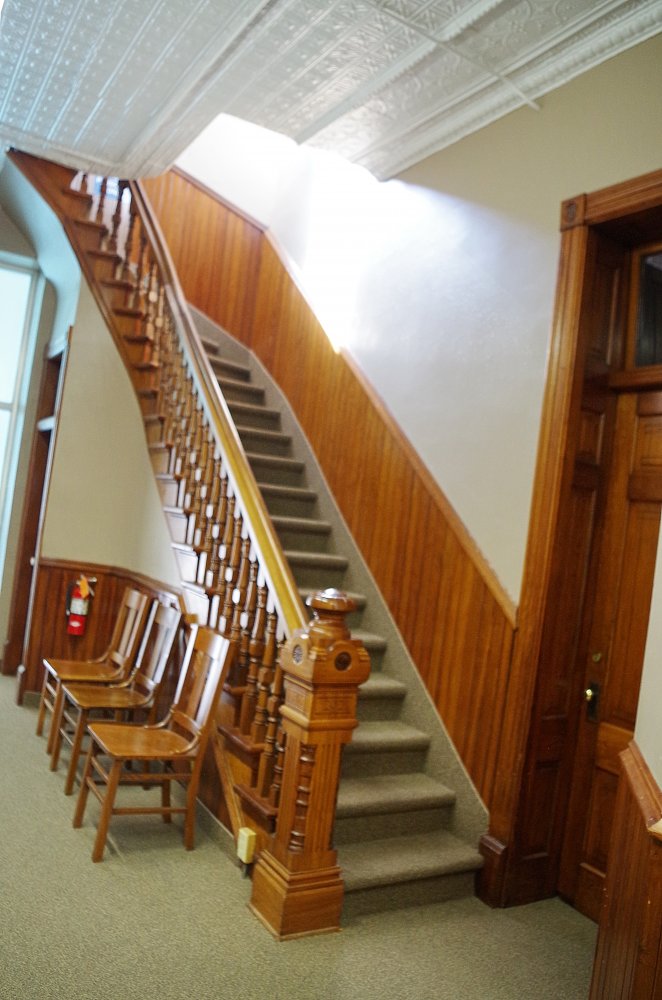