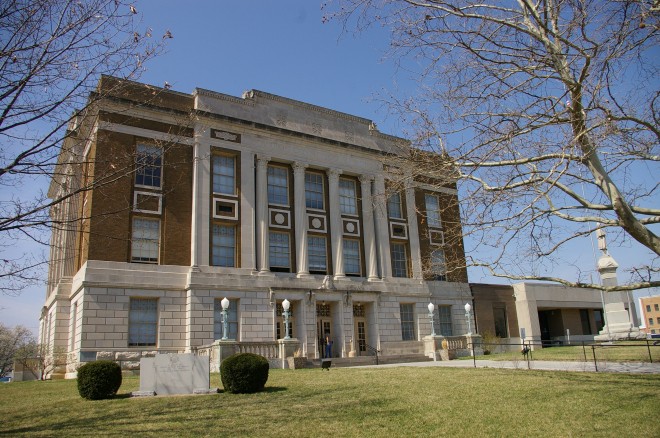 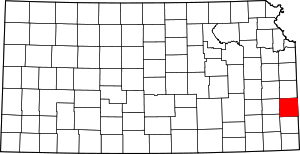 Description: The building faces east and is a three story brown colored brick, stone and concrete structure. The building is located on landscaped grounds in the center of Fort Scott. The east front has three rectangular doorways with stone facing on the first story. Four columns rise from the second story to the top of the third story dividing the recessed windows. Above is a wide header. A projecting cornice runs along the roof line. The building houses the County District Court of the 6th Judicial District. On the north side is a one story annex which was originally constructed as a jail in 1976 but is used for offices.

History:  The county was created in 1855 and Fort Scott was selected as the county seat. The county seat was moved to Marmation in 1858 and then back to Fort Scott in 1863. The first courthouse in 1863 was the City Hall designed by Goodlander & Allison erected in Fort Scott at a cost of $3,900. The court occupied the second story. The second courthouse was designed by J H Gardner and constructed by James Thomson in 1887 and was destroyed by fire in 1929. The third and present courthouse was constructed in 1929 to 1930 at a cost of $160,470. 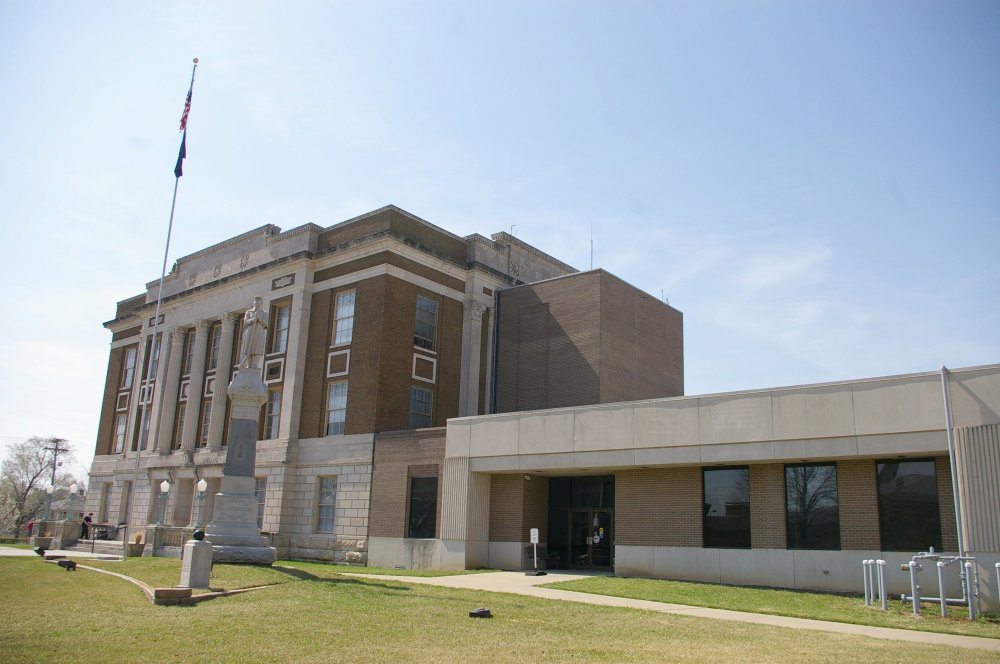 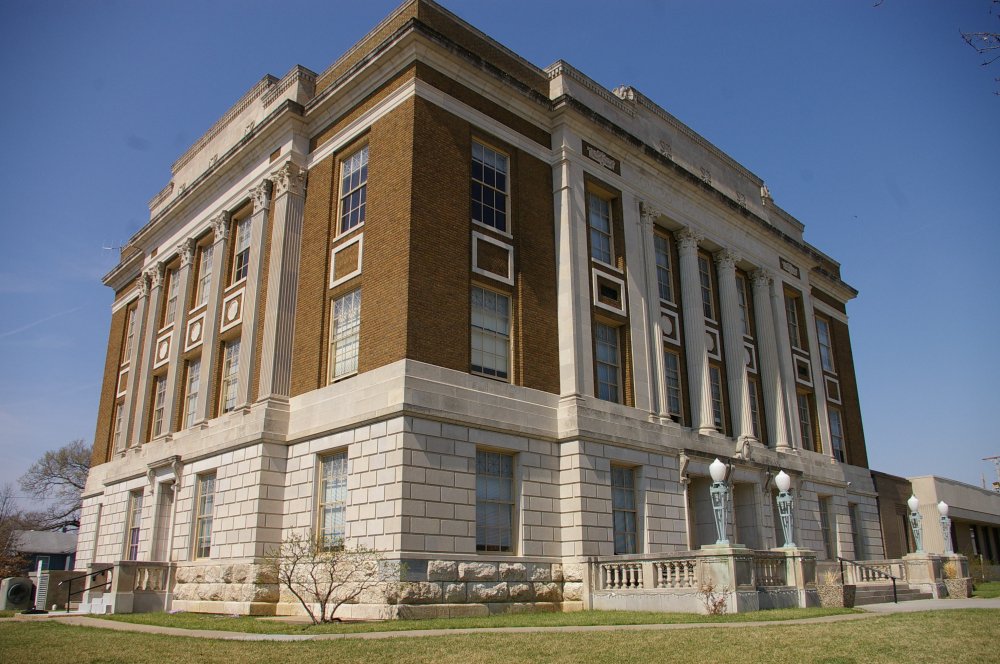 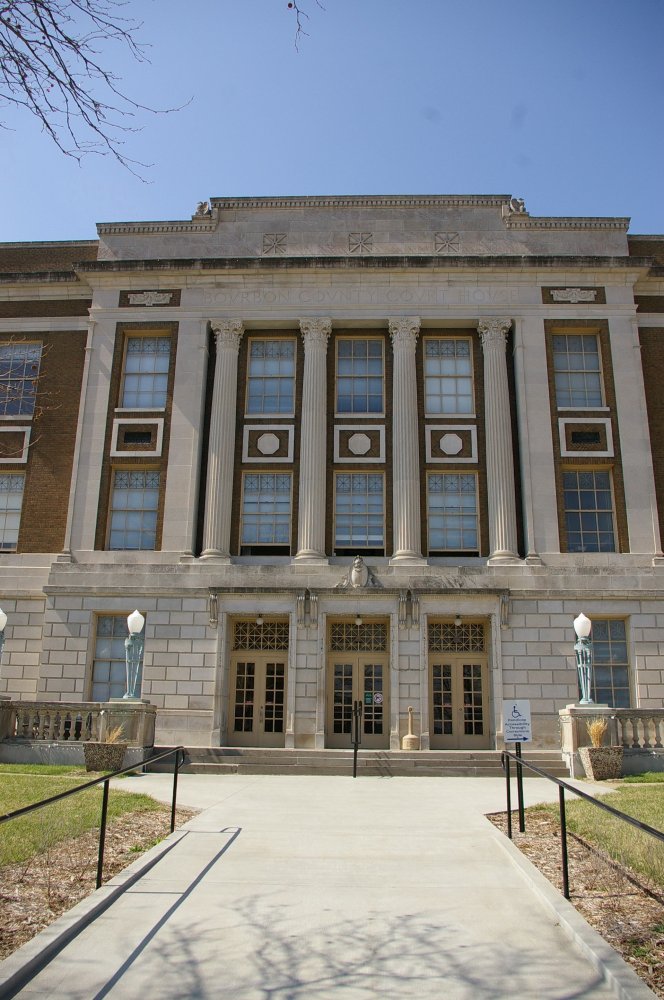 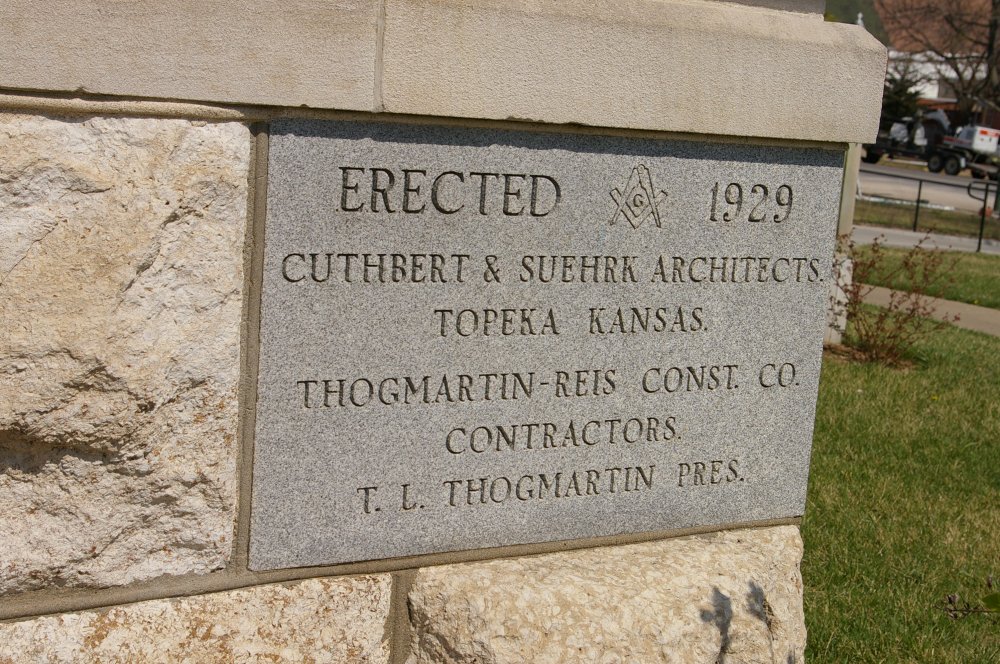 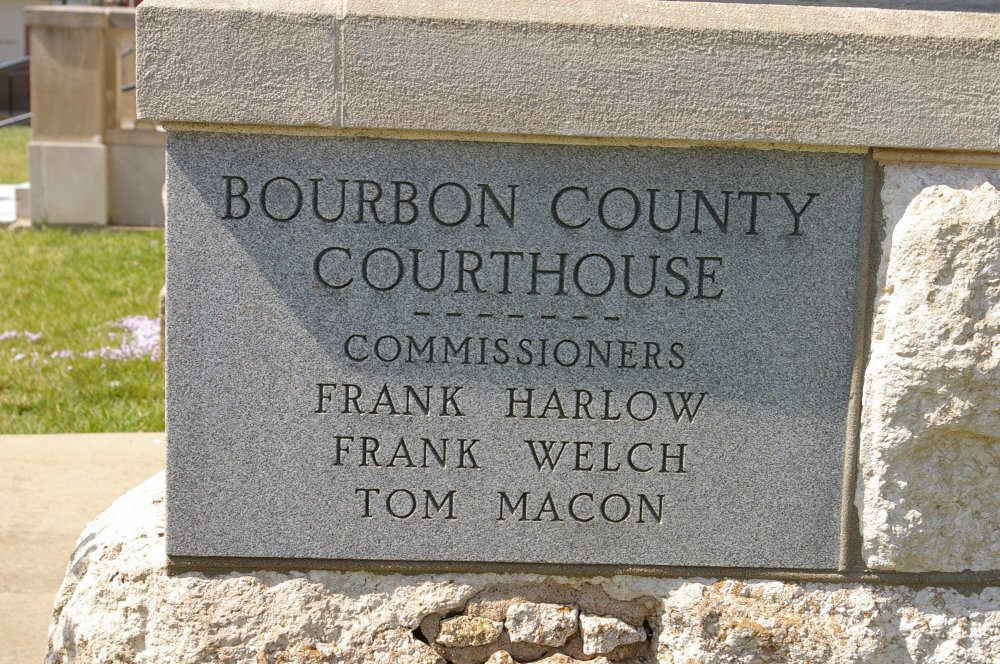 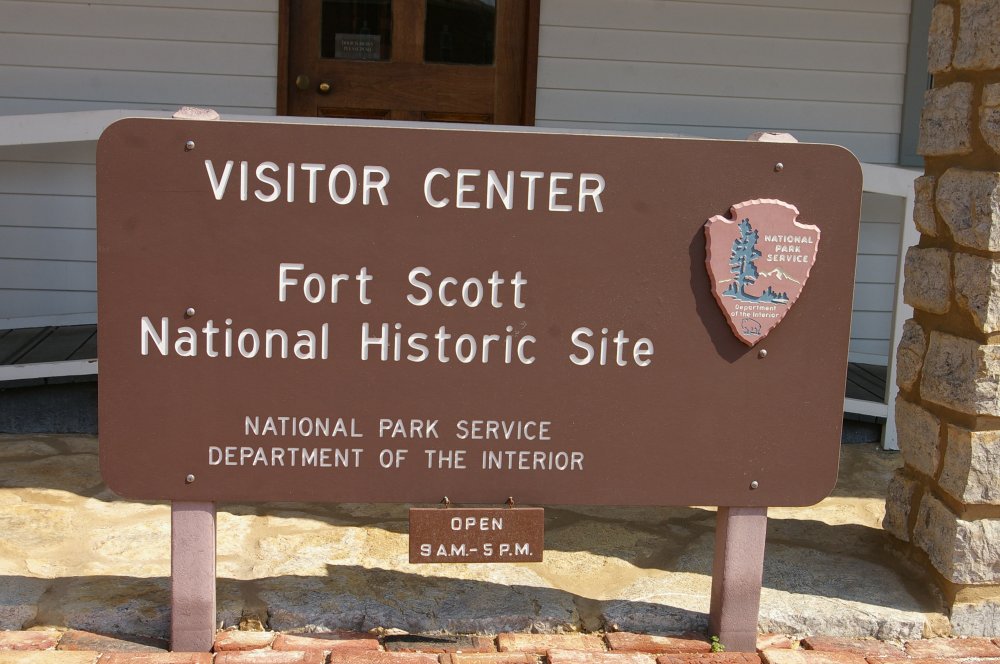 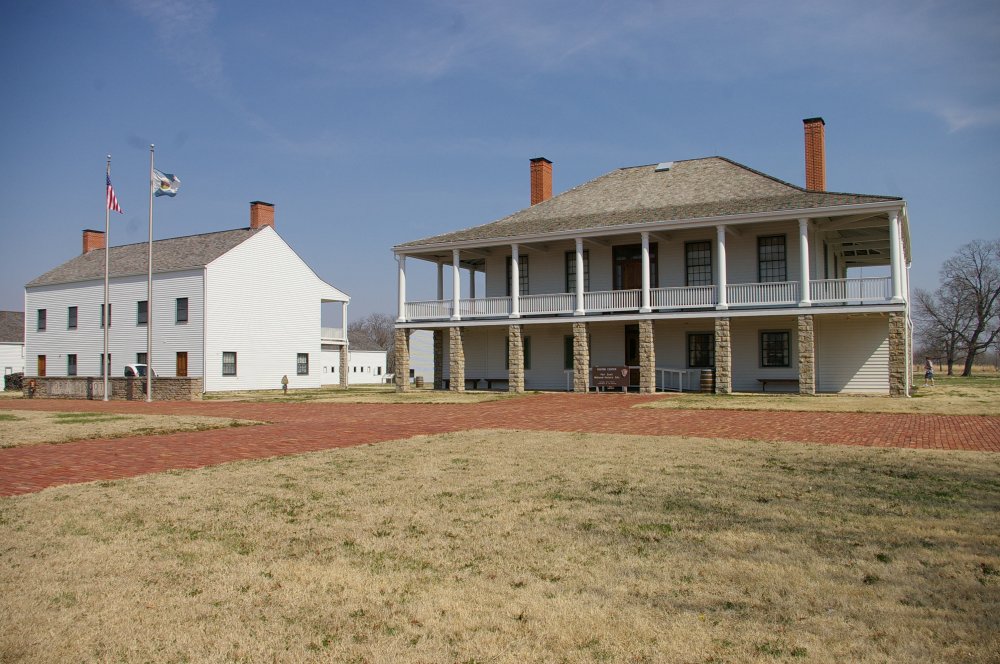 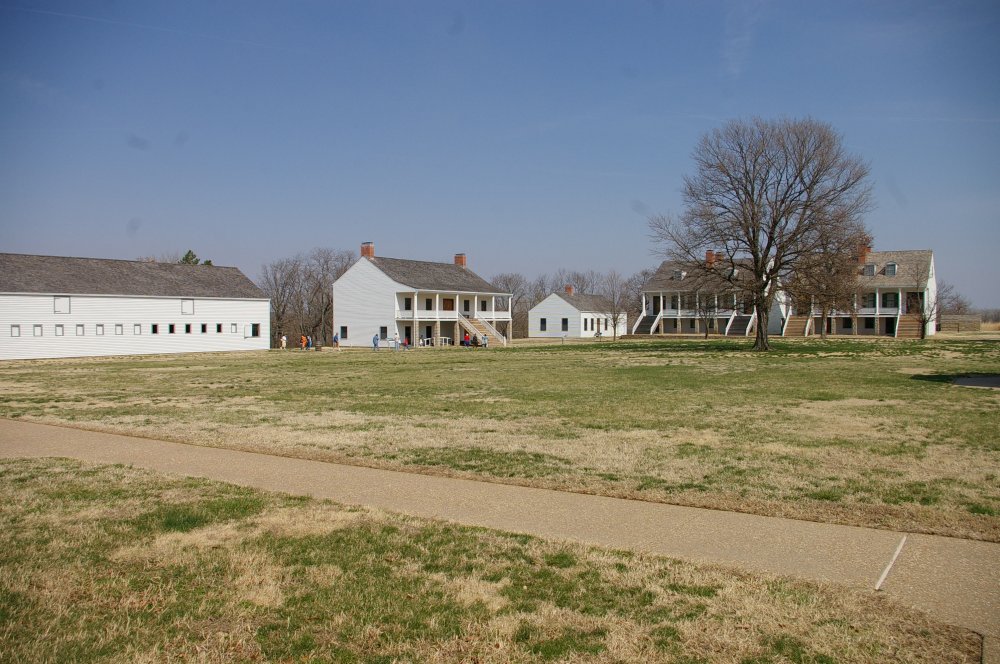 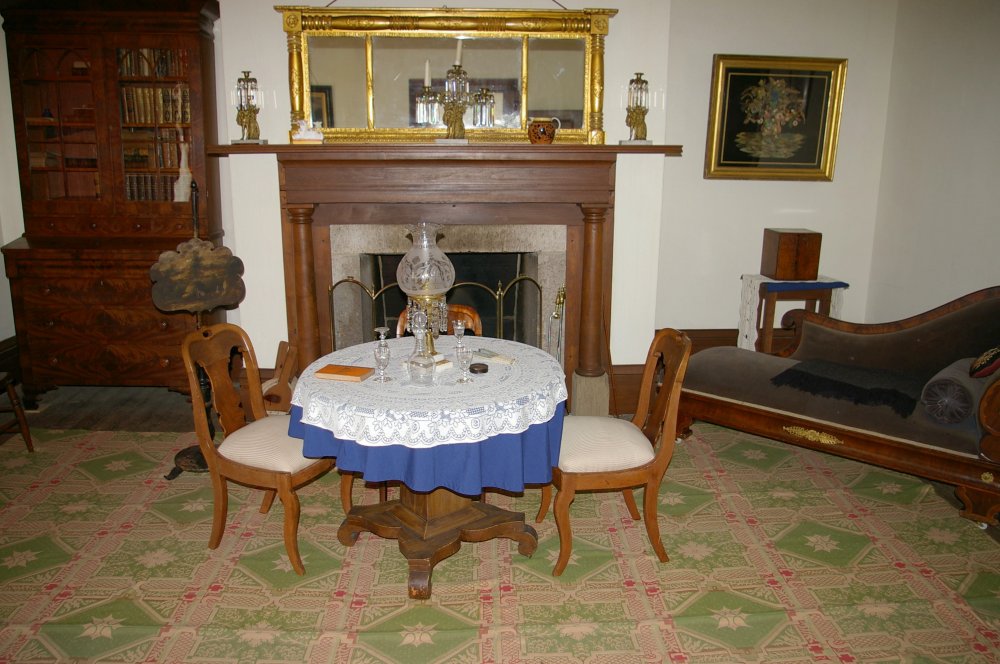 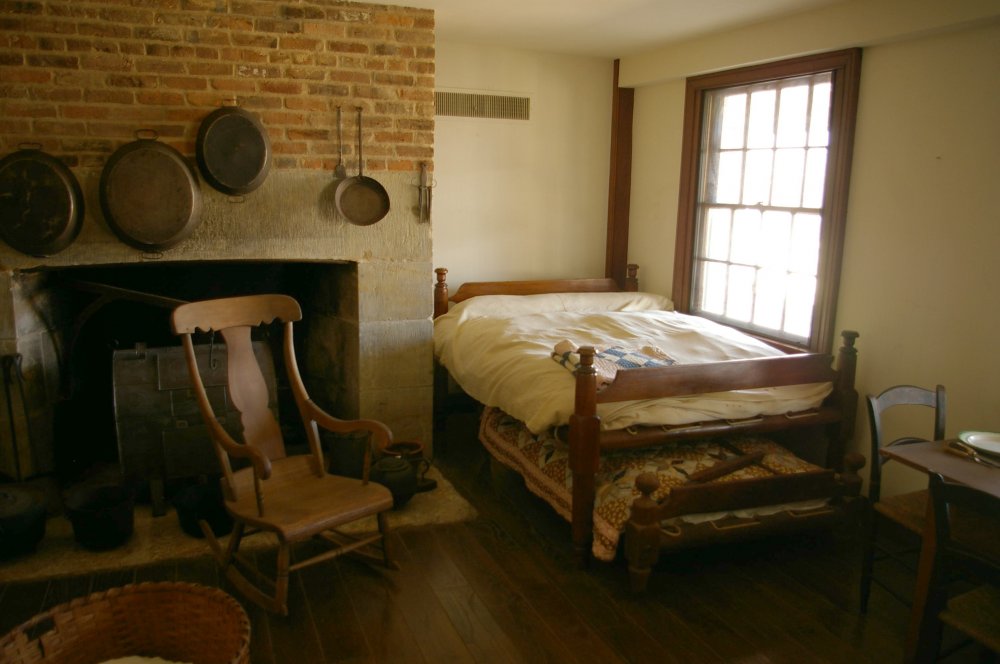 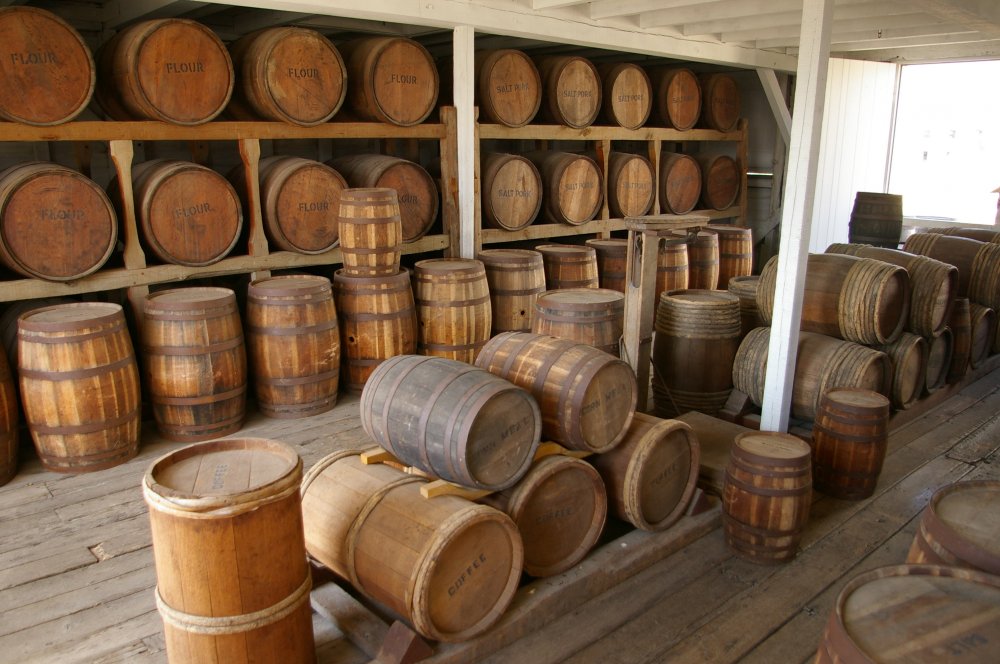