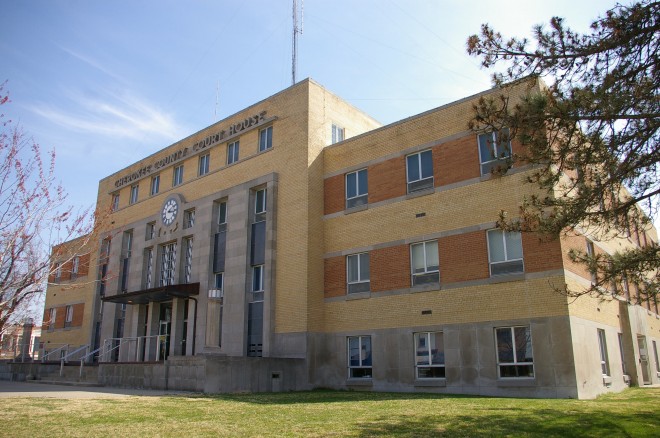 Cherokee County is named for the Cherokee Native American tribe who resided in the region. 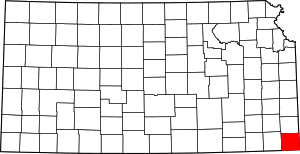 Description: The building faces north and is a three story yellow and orange colored brick, stone and concrete structure. The rectangular shaped building is located on landscaped grounds in the center of Columbus. The north front has a projecting central section with stone facing on the first and second stories which frames the entrances and windows. There is a clock at the top of the second story. The east and west wings are lower. The building houses the County District Court of the 11th Judicial District.

Note:  Near the courthouse is the old clock from the 1888 courthouse constructed by Schrage & Nicols.

Description: The building faces south and is a two story red colored brick, stone and concrete structure. The building is located on spacious landscaped grounds in the center of Baxter  Springs. The building is rectangular shaped. The south front has a central arch on the first story with recessed entrance. The roof is hipped. The building is named as the Johnson Library.

Note:  The courthouse was built by the town of Baxter Springs to provide an inducement for making it the permanent county seat. The building did house the county sheriff’s office and jail for eight years until the county jail was completed at Columbus in 1880. 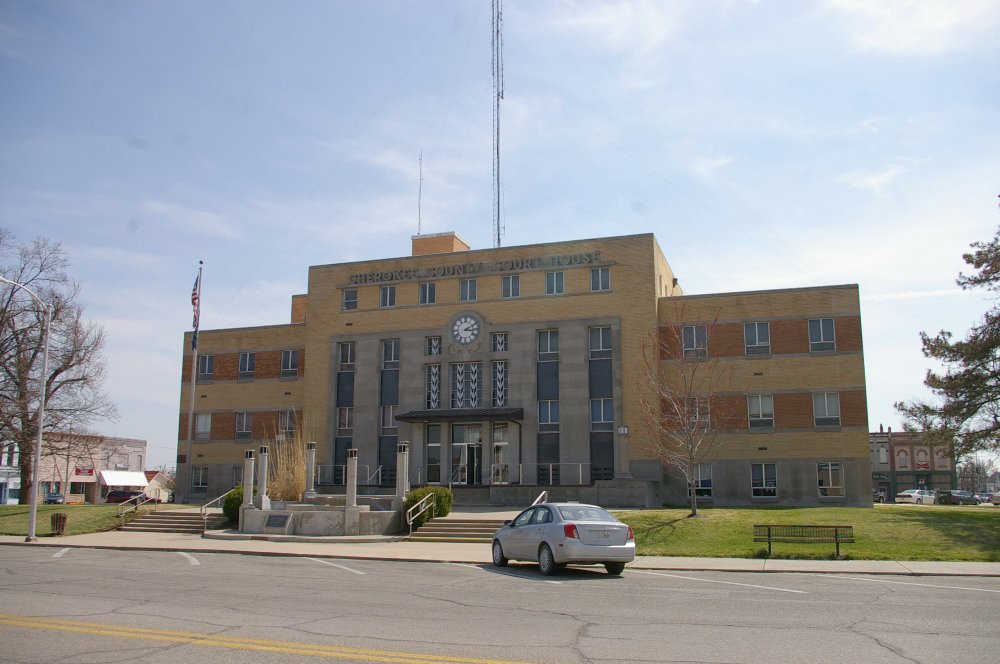 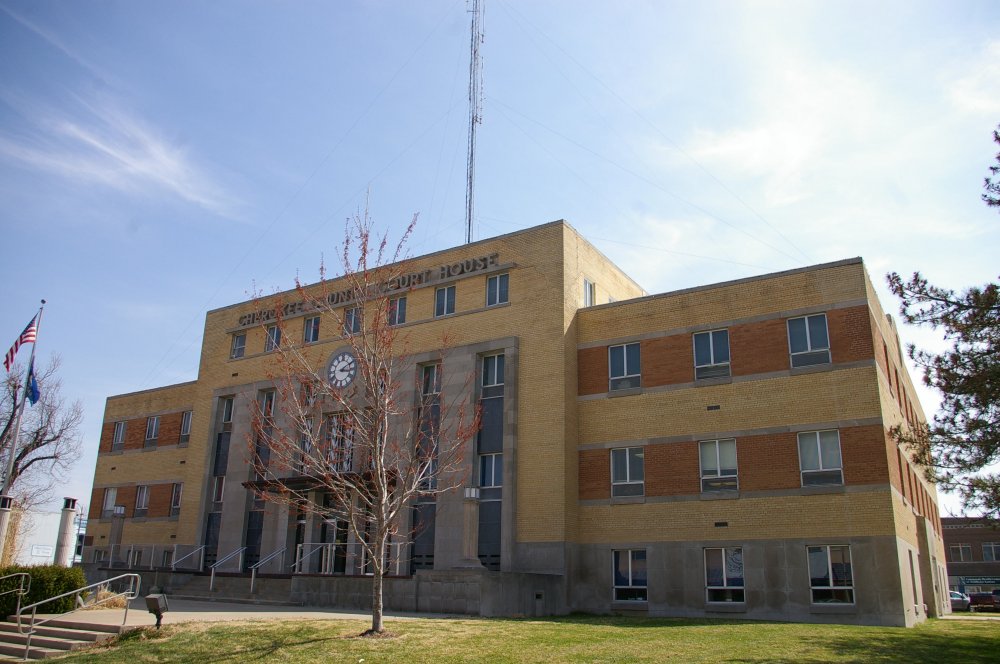 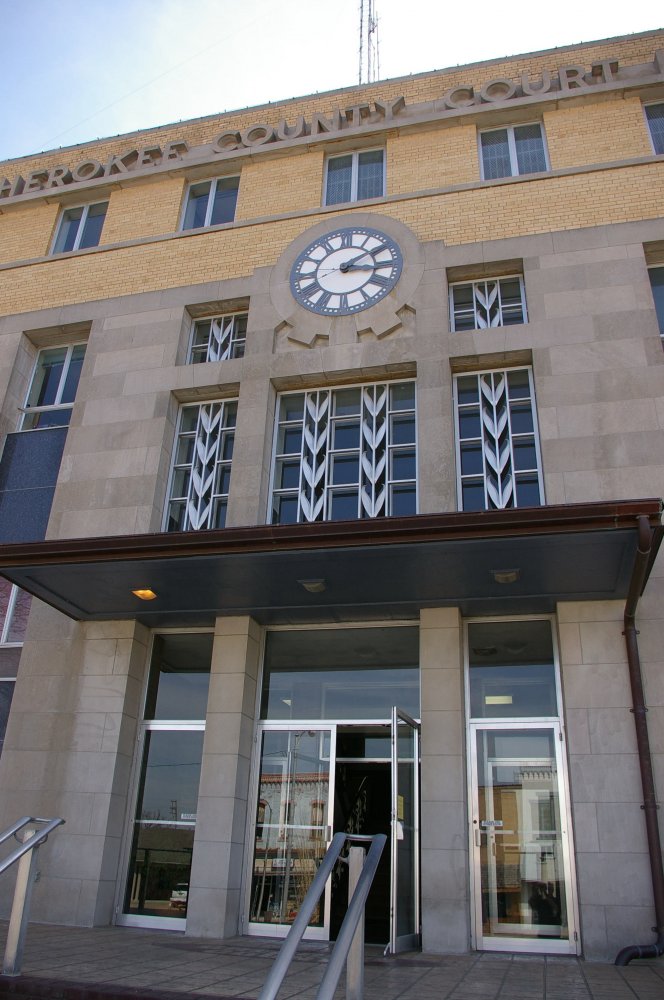 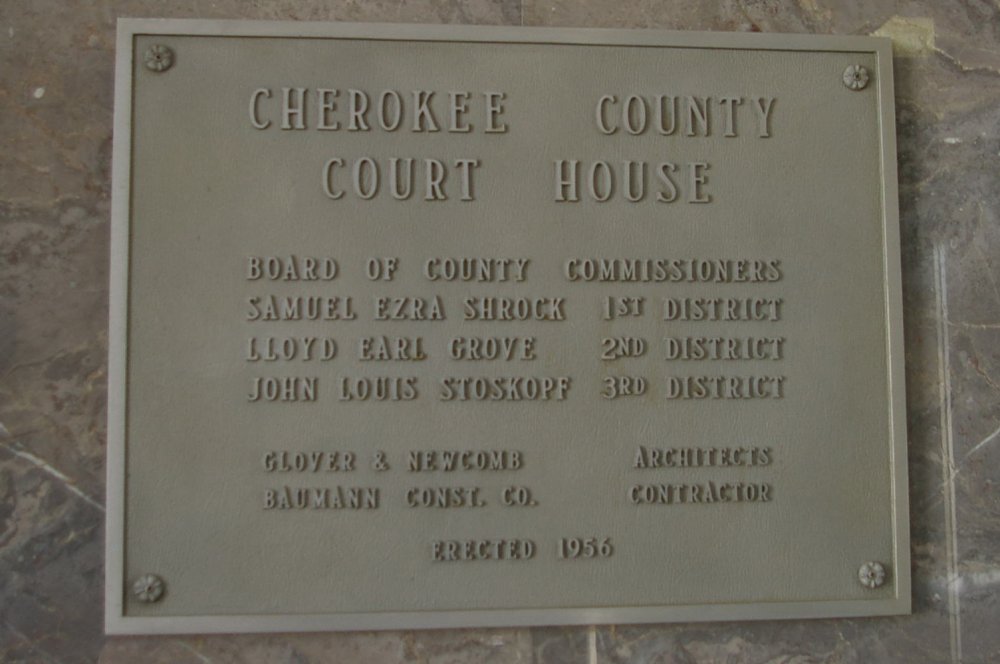 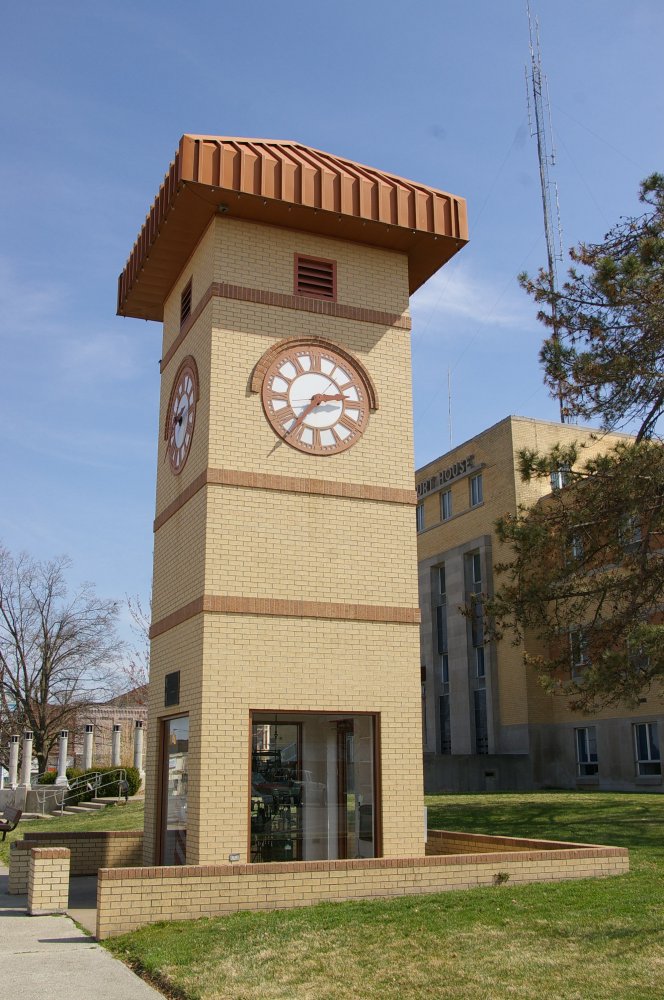