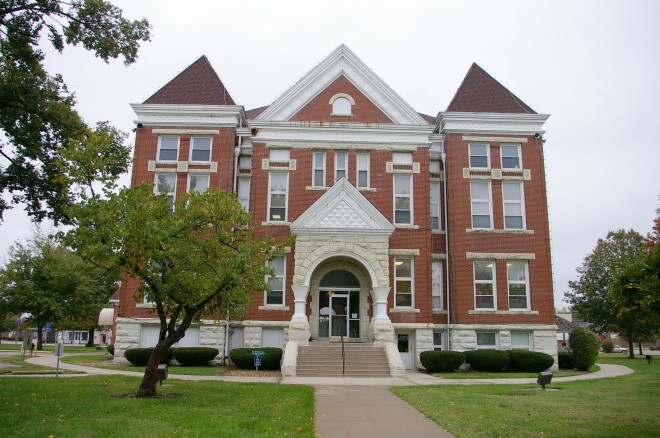 Barton County is named for David Barton, who was one of the first United States Senators from Missouri. 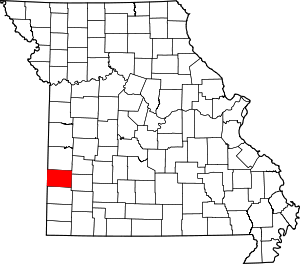 Description: The building faces east and is a two story St. Louis red colored brick and Barton County stone structure. The building is located on spacious landscaped grounds in the center of Lamar and is 80 by 120 feet. The east front has a small decorative portico on the first story with peaked roof. The center section projects slightly from the main building and rises to a peak. There are large square brick towers with peaked roofs on each corner. The building houses the County Circuit Court of the 28th Judicial Circuit. 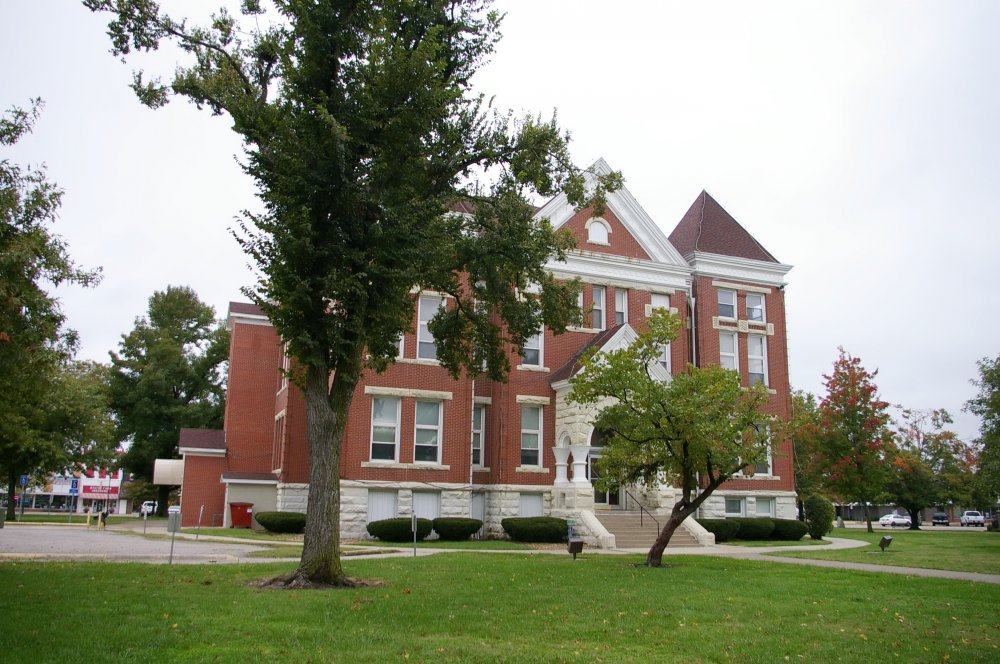 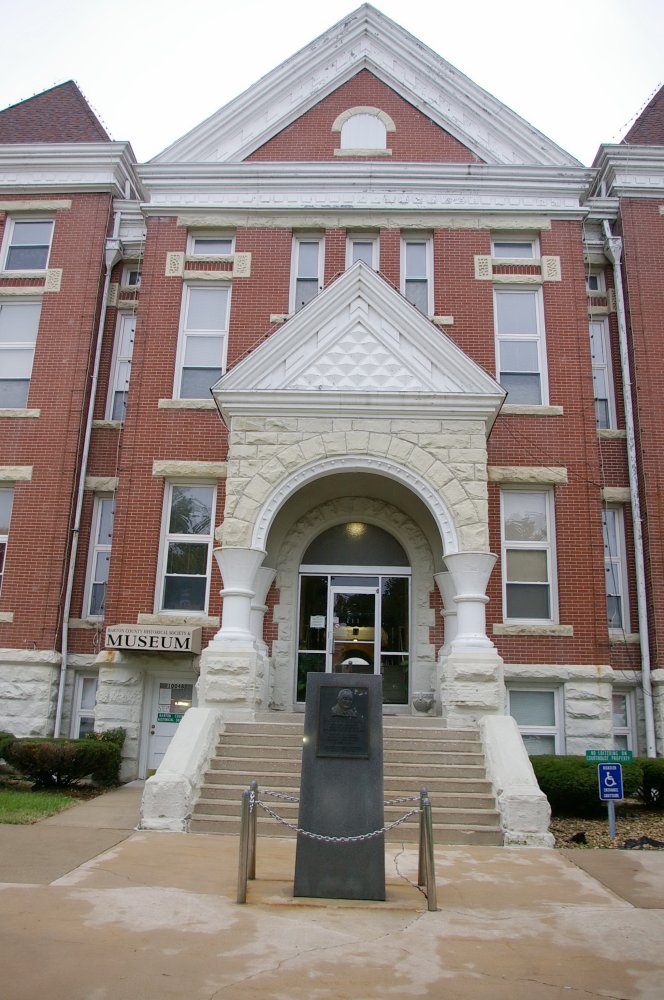 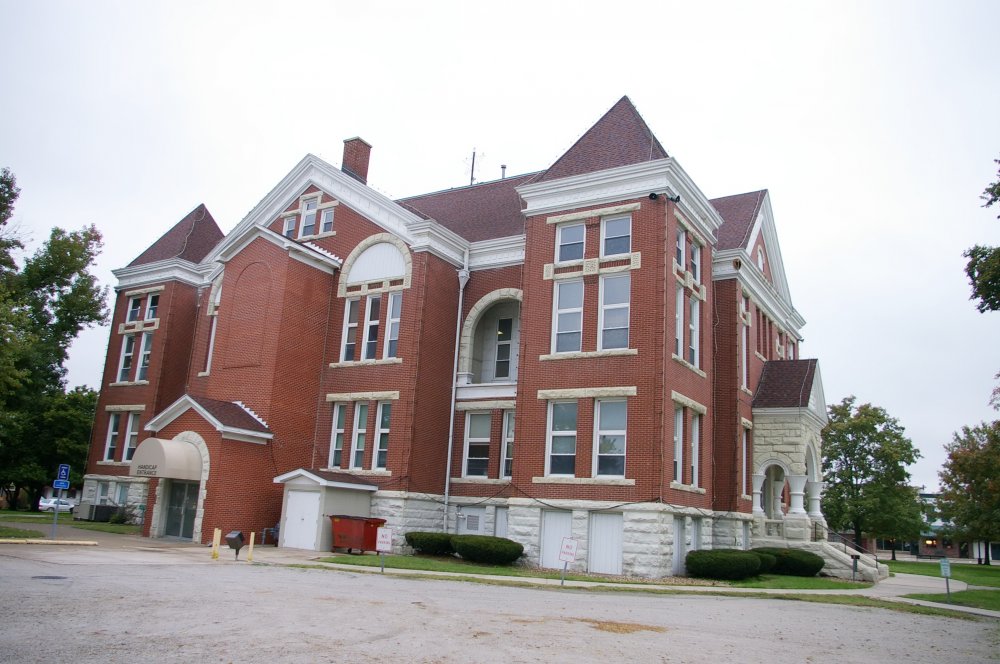 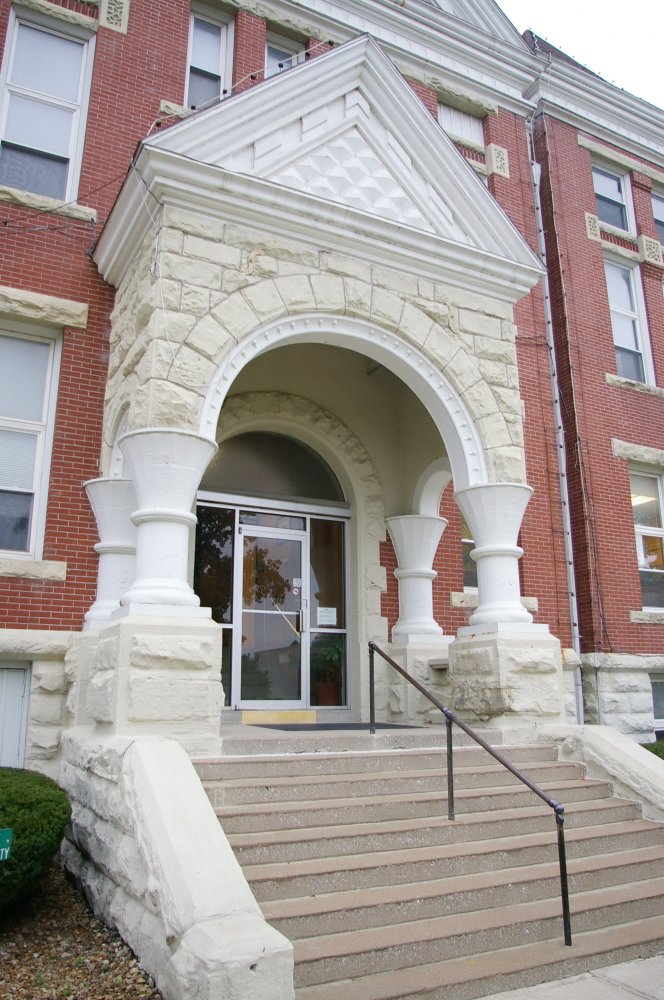 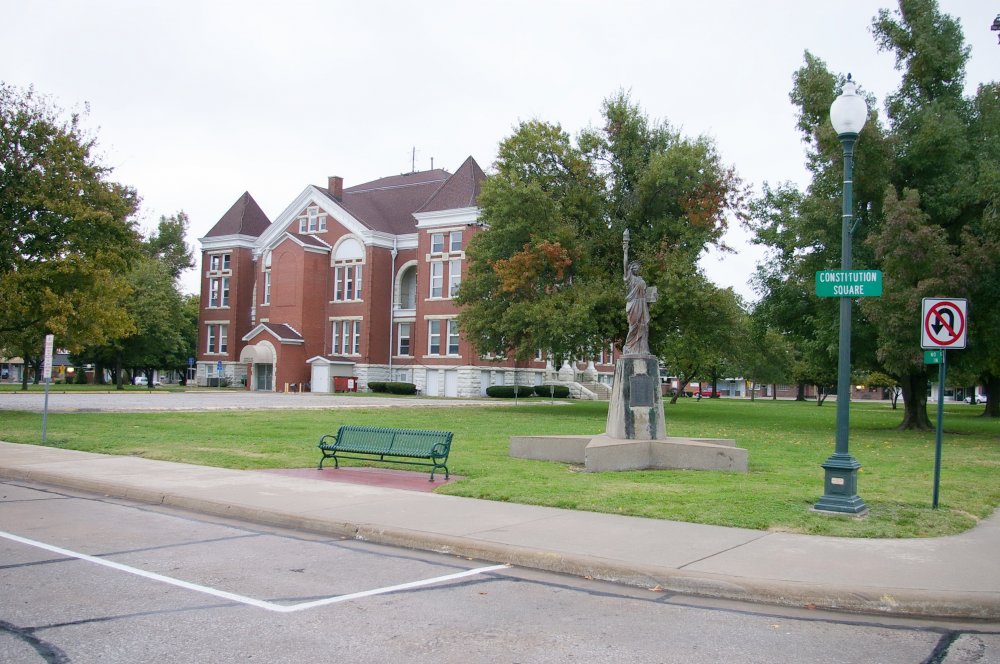 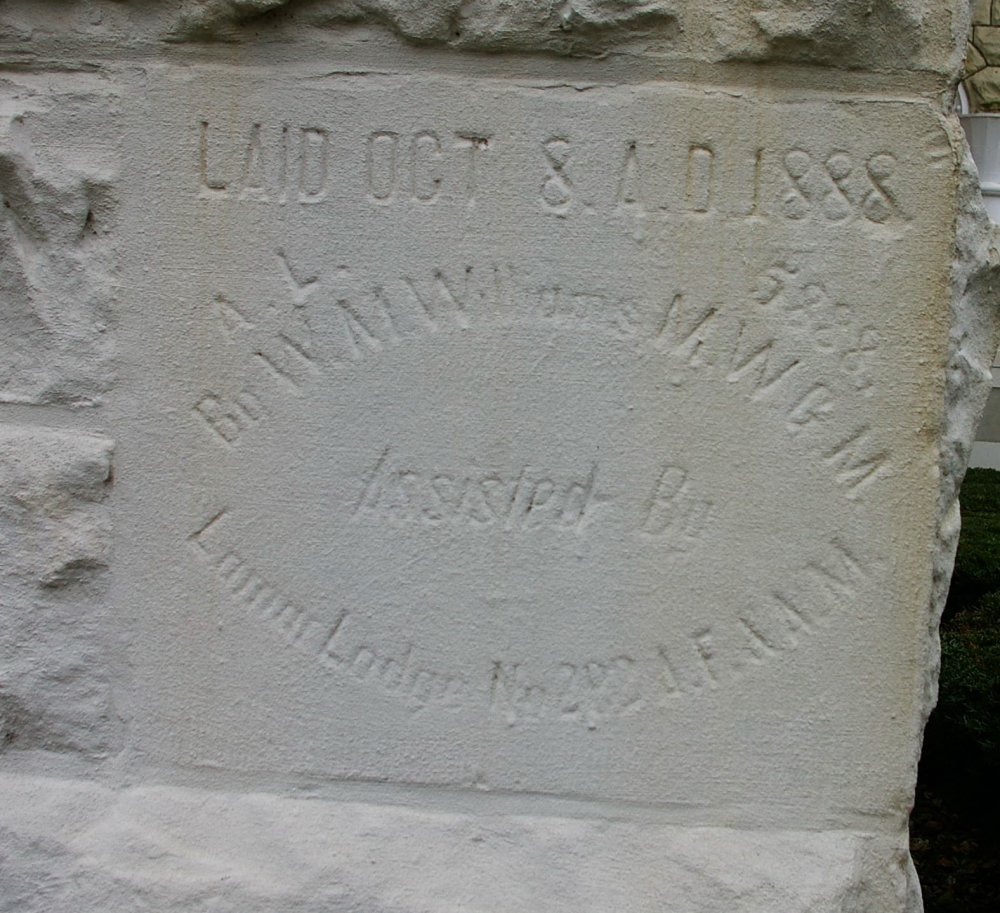 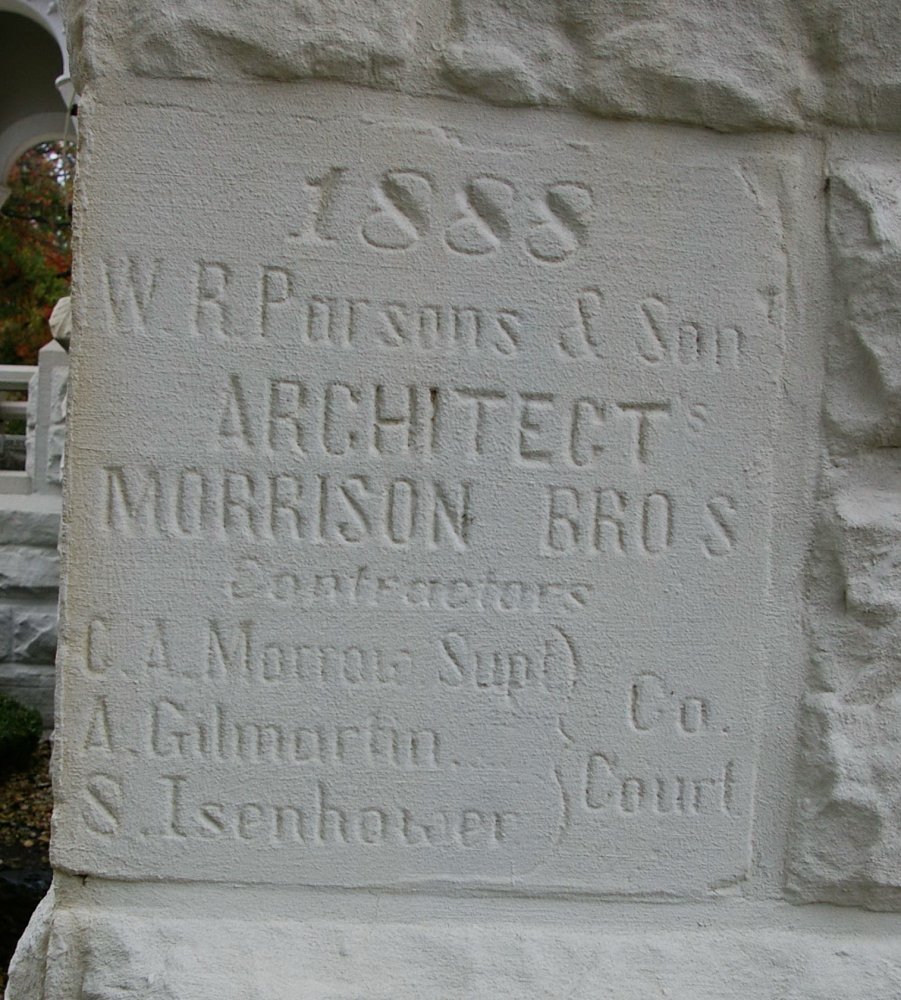 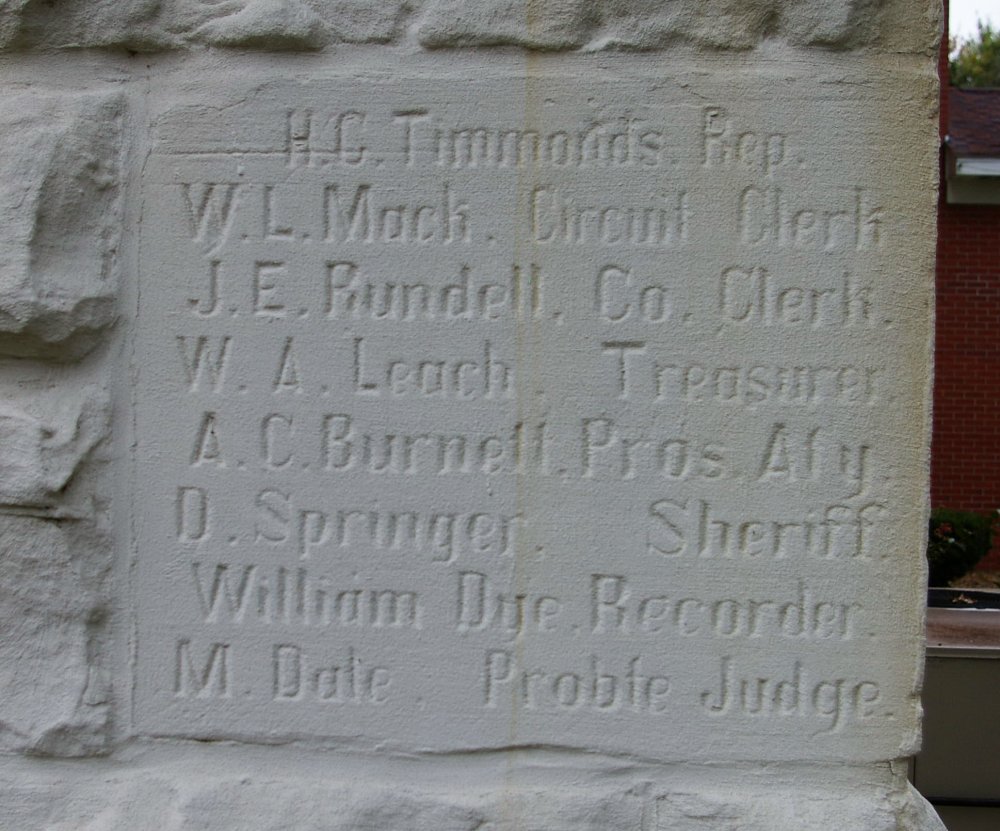 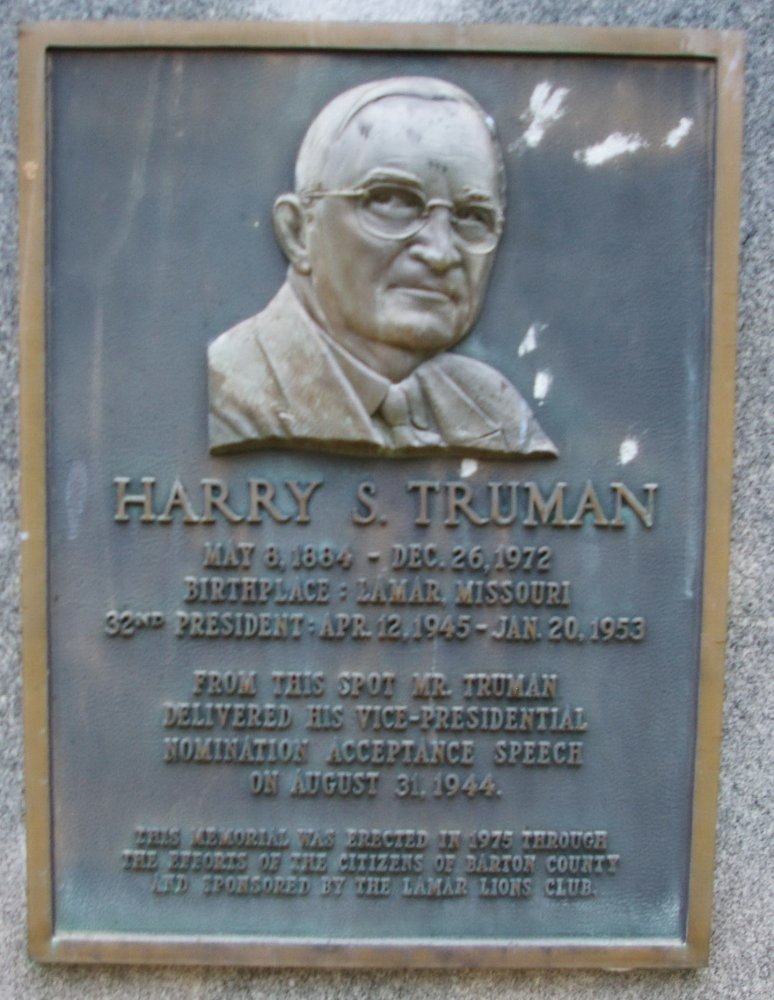 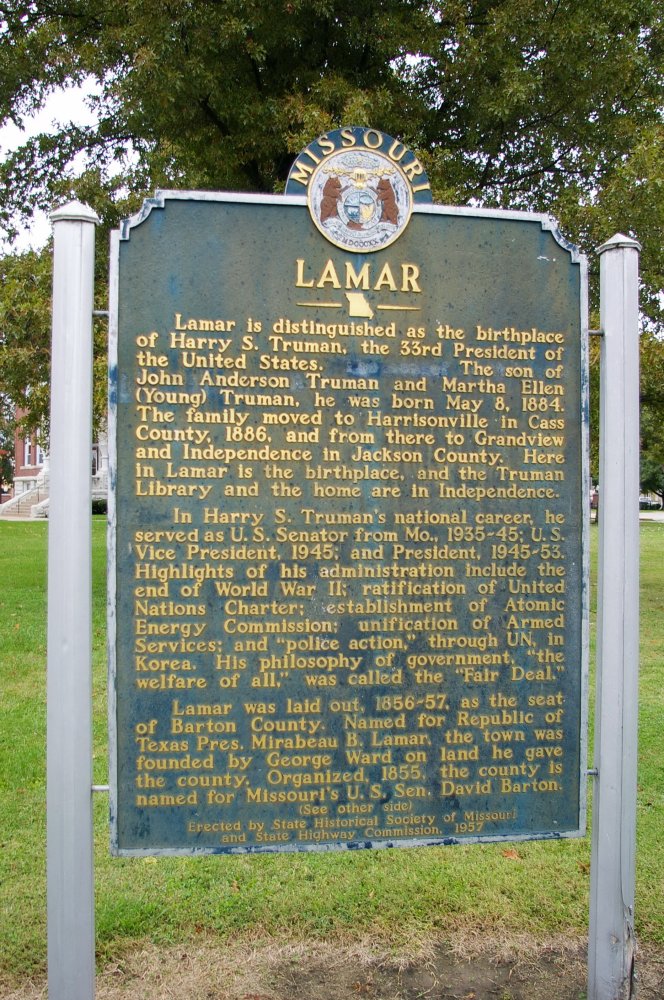 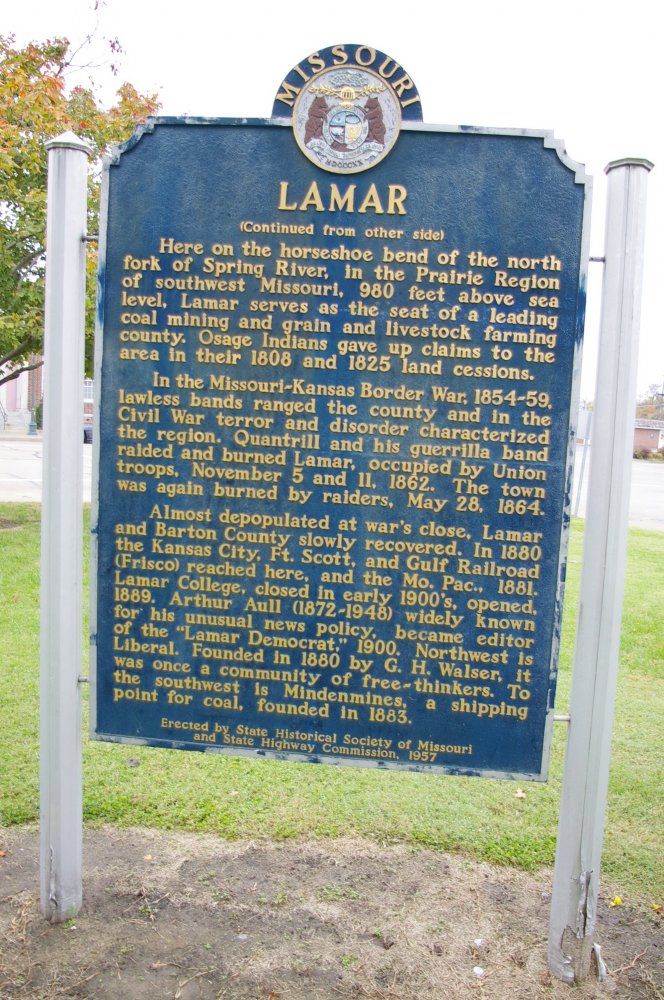