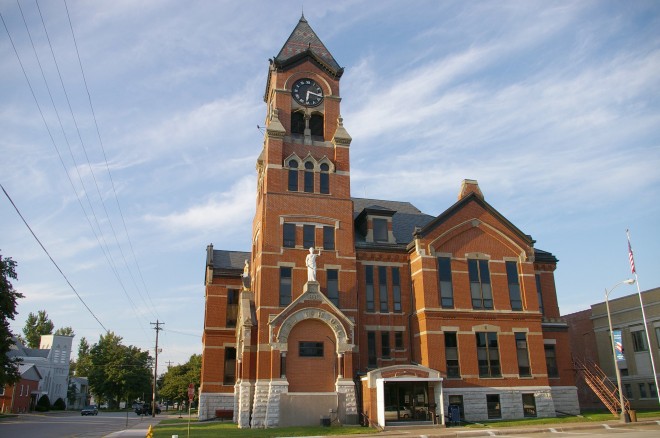 Description: The building faces south and is a three story red colored brick structure. On the southwest corner is a large square brick clock tower rising six stories to a clock and steep roof. The tower houses a bell made of bronze, tin and brass. At the base is a pediment with a statue of Justice at the top. The south entrance projects from the building on the first story. The east section also projects and has a pitched roof line. There is stone trim along the windows. The foundation is a course white colored stone. The building houses the County District Court of the 8A Judicial District. 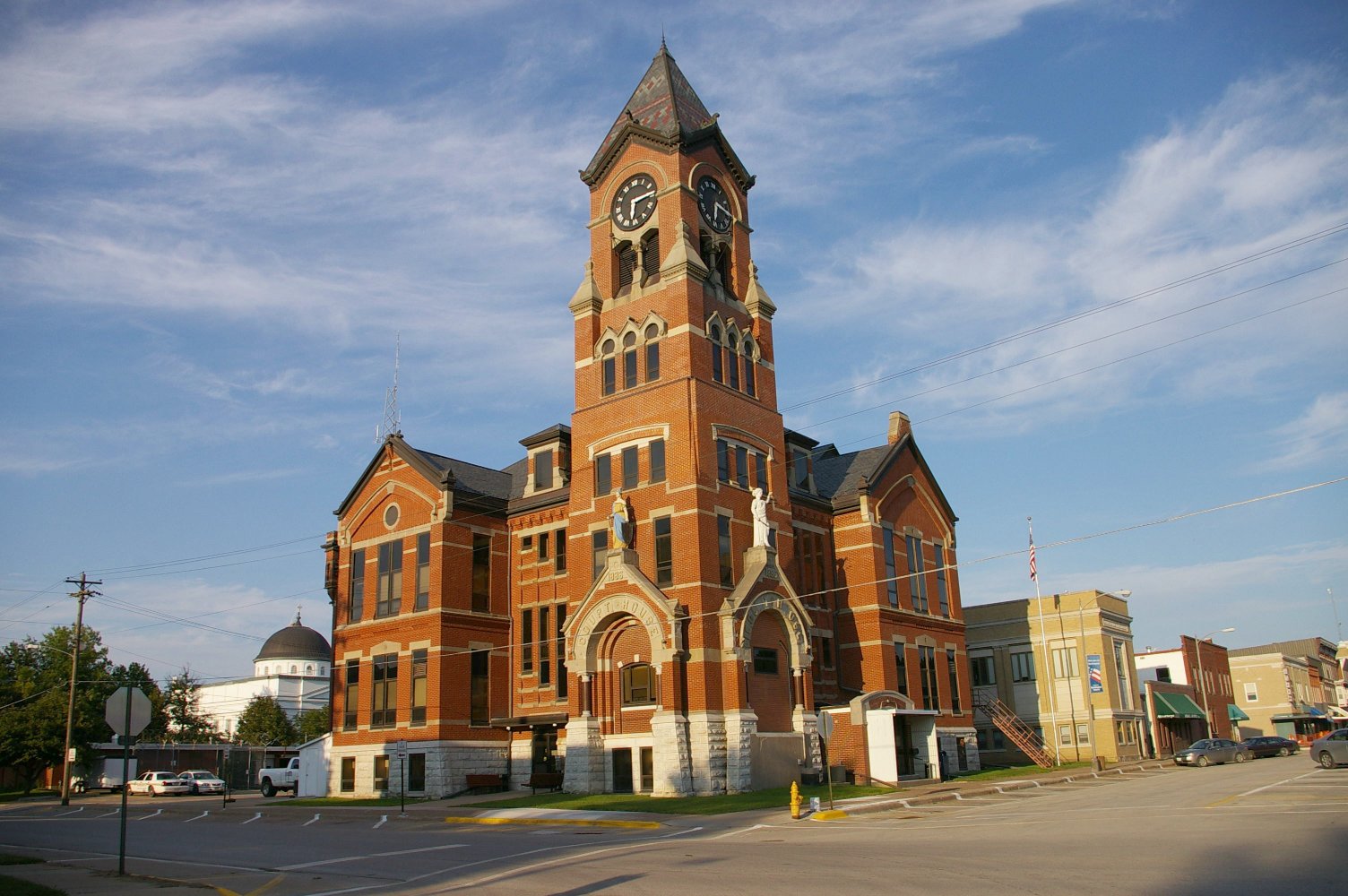 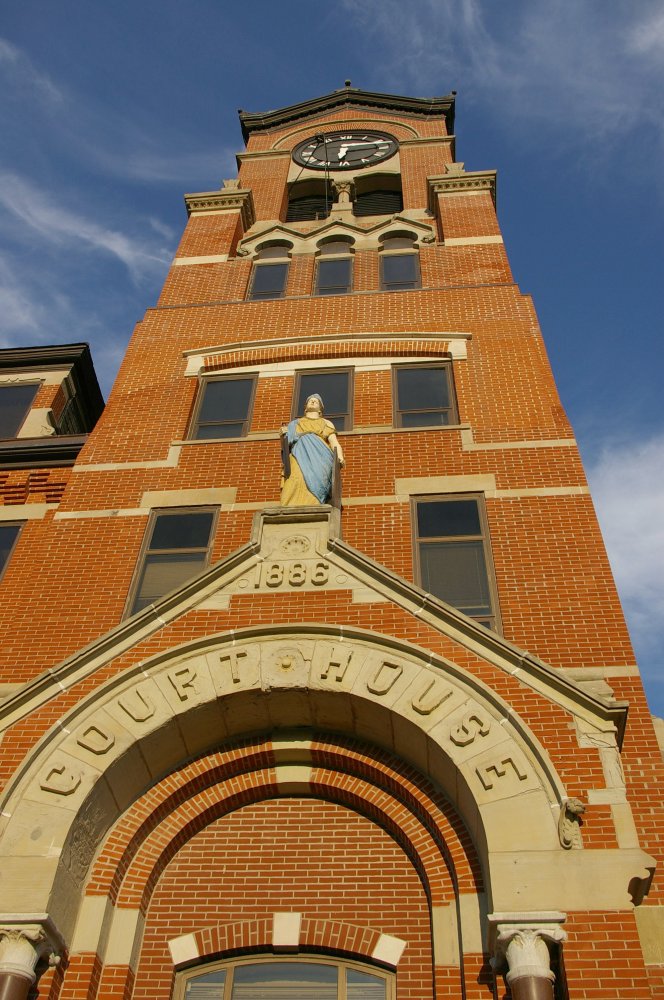 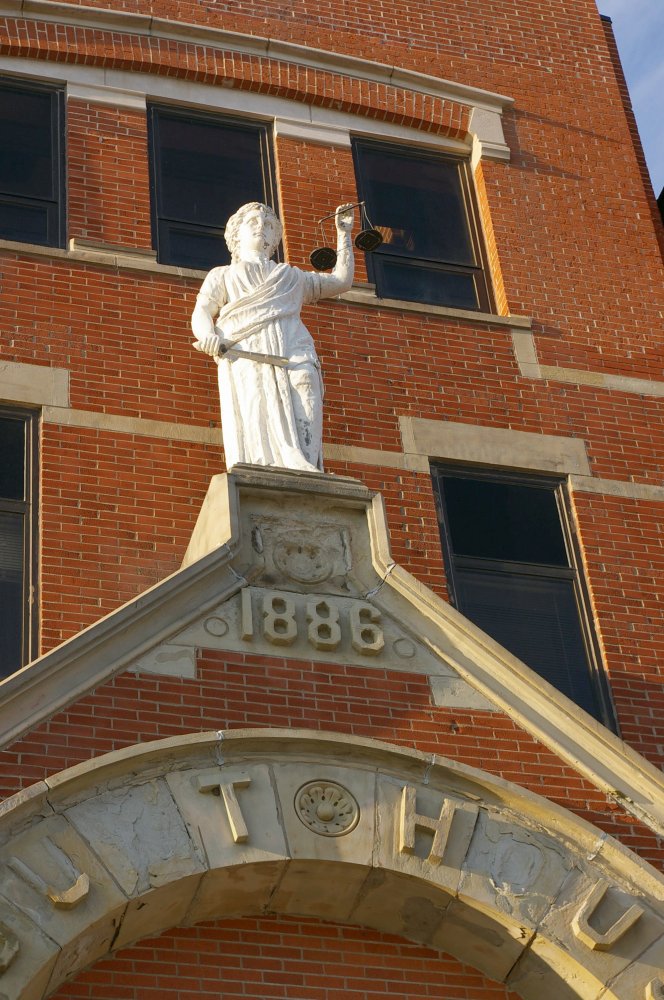 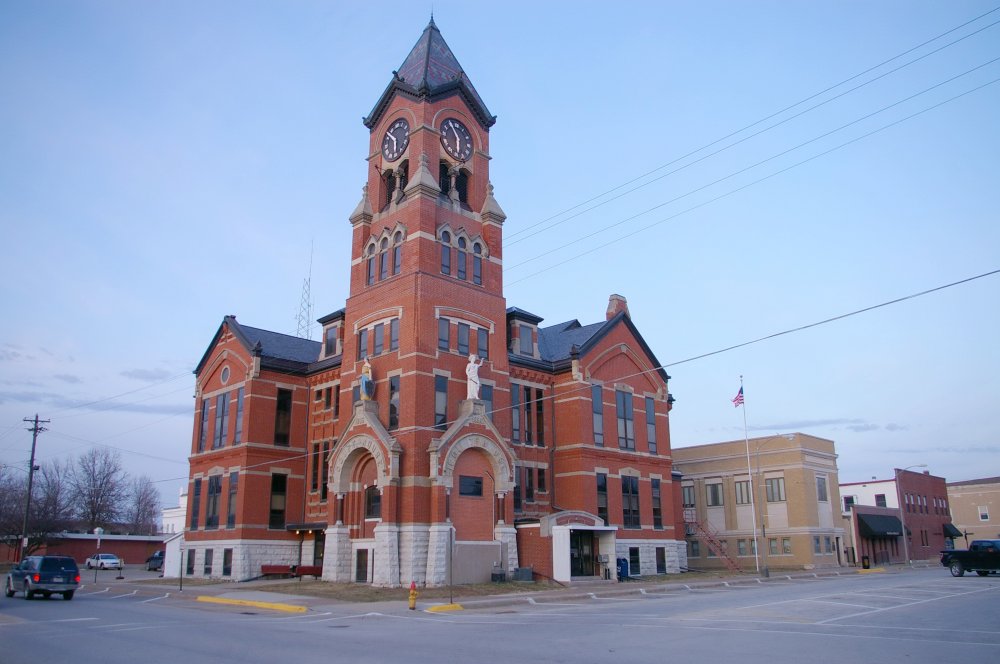