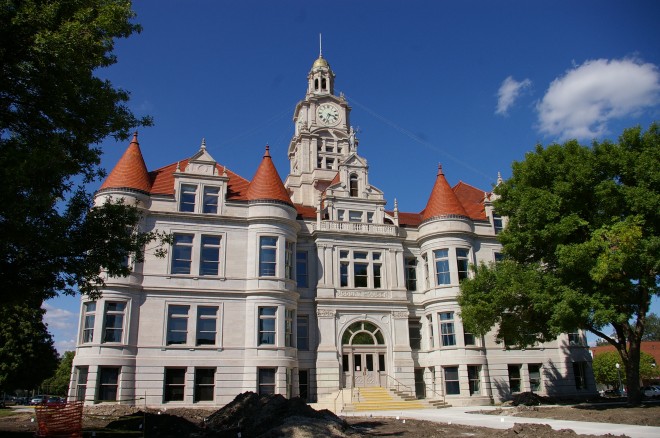 Dallas County is named for George M Dallas, who was Vice President of the United States of America under James K Polk.

Description: The building faces south and is a three story gray colored Bedford stone structure. The east and west sections project and have red roofed turrets on each corner. The recessed center section has an arched entrance on the first story and rises to a third story balcony with the Goddess of Justice at the top of the fourth story dormer. In the center of the building is a high square clock tower with small cupola at the top. 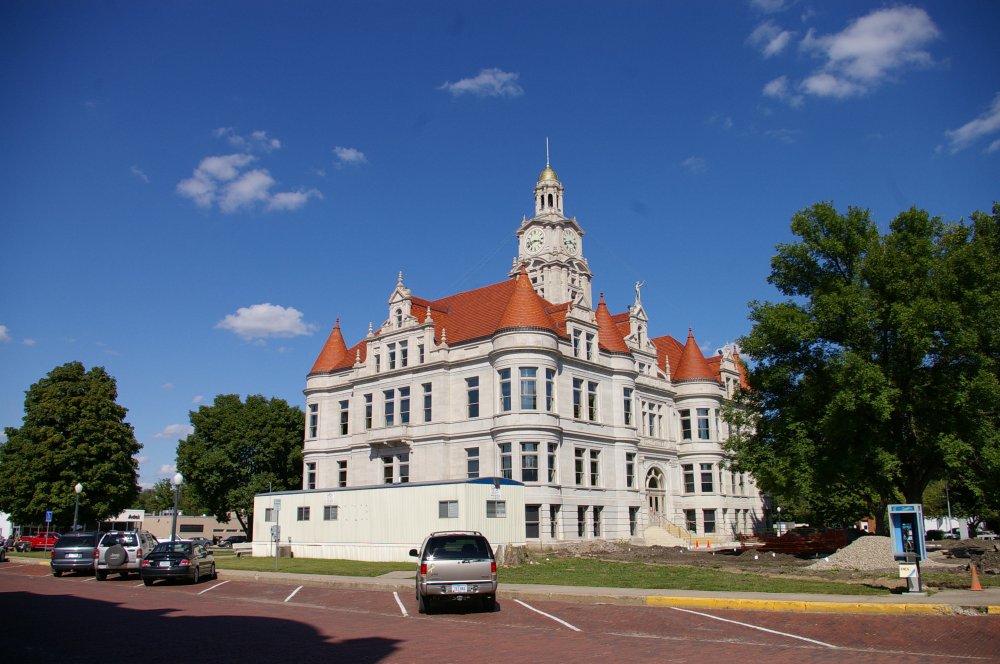 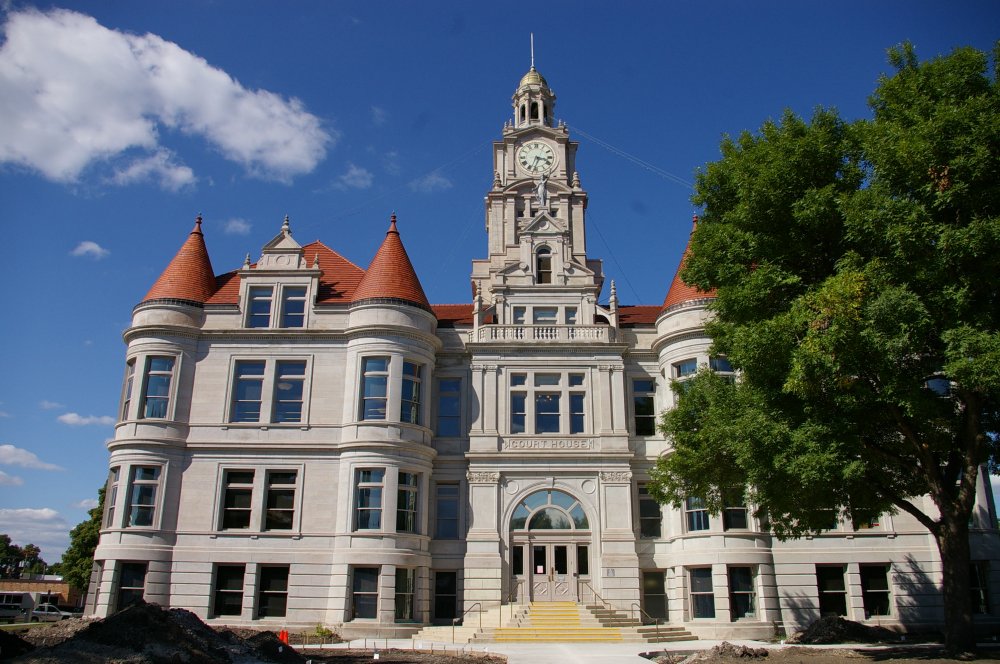 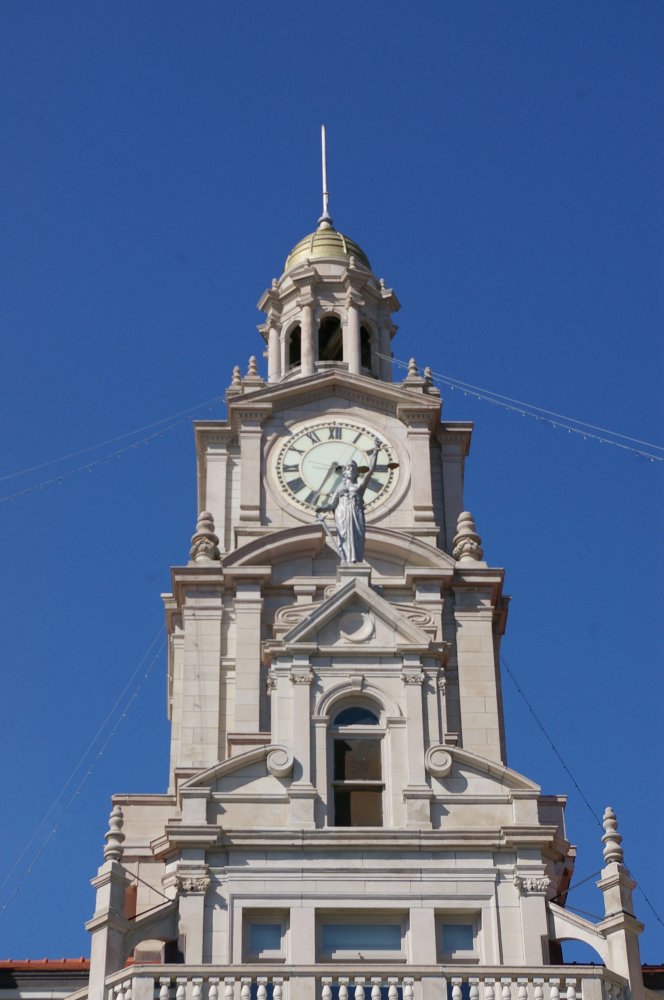 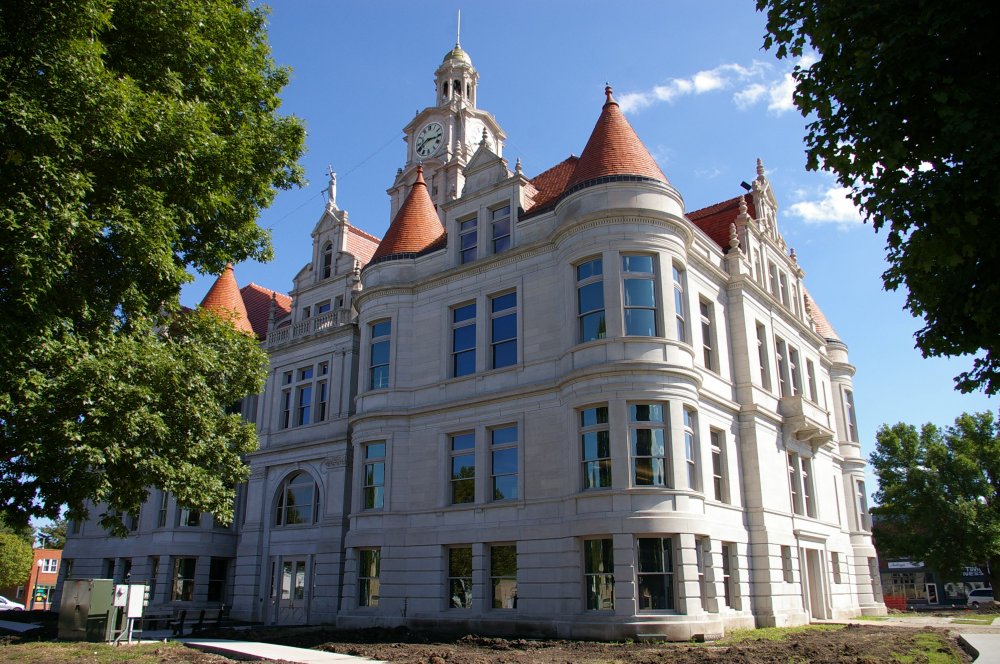 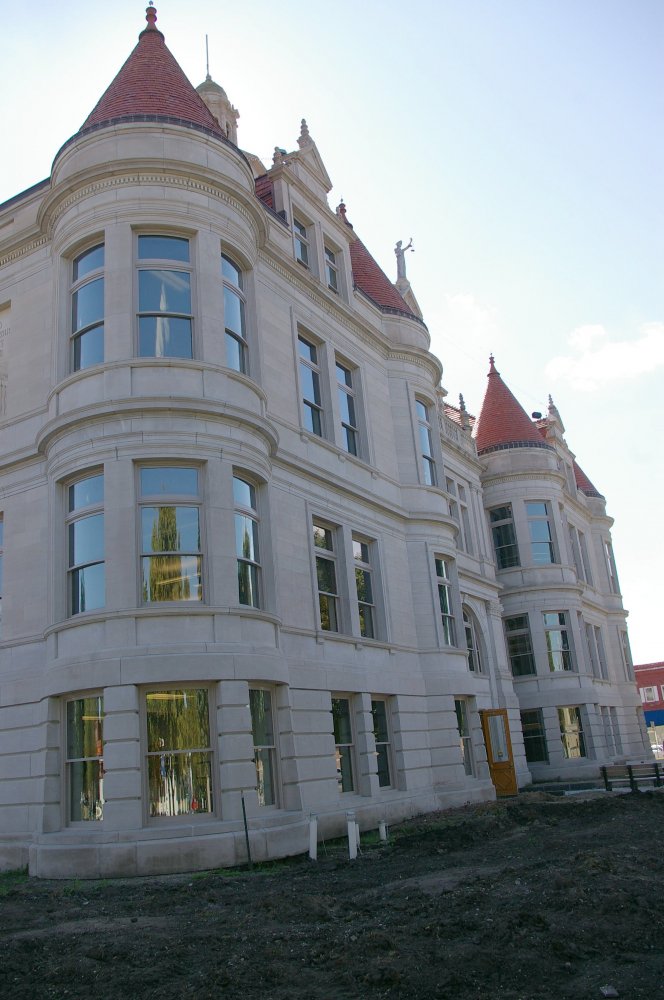 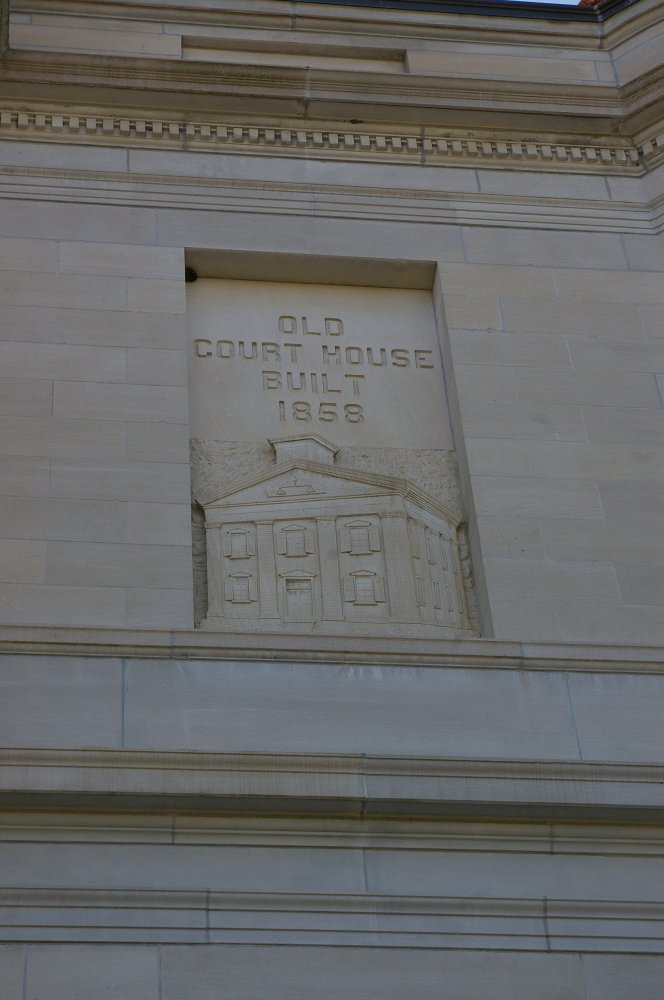 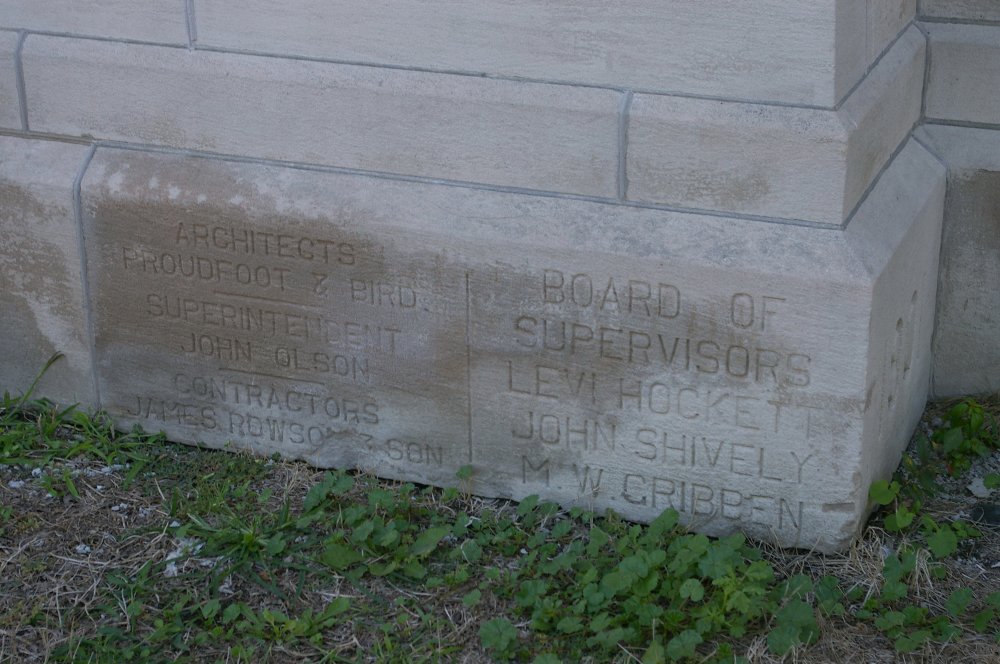