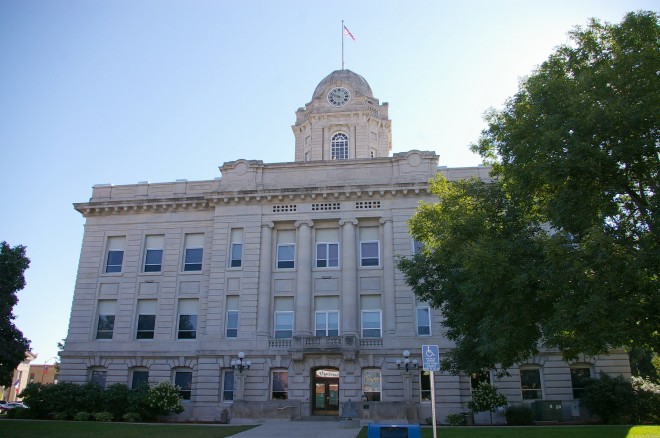 Jasper County is named for William Jasper, who was a Sergeant in the American Revolutionary War. 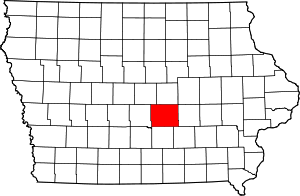 Description: The building faces north and is a three story Indiana limestone structure with modified Georgian Colonial detail. The building is located on landscaped grounds in the center of Newton. The first story is horizontal stone with the north entrance having a small balcony above. Four large columns rise from the second story to the top of the third story. A cornice projects below the roof line. On the roof center rises a large octagonal dome with clock and round dome. Inside the rotunda has paintings around the high dome. The building houses the County District Court of the 5A Judicial District. During construction, the supervisor was Norman A Price. The building was renovated in 1986.

Note:  On the second floor at each side of the rotunda are two Doric columns, eight in all, between which hallways lead to the suites of office rooms. The third floor is similar to the second, the marble columns being of the more ornate ionic design. Above these columns, in the four arches of the pendentive dome of the rotunda, are four emblematic paintings, by Edgar Cameron of Chicago, and each are illustrative of some incident in Jasper County’s history. On the south side is a scene of a prairie fire and a herd of buffalo: on the east is a group of United States soldiers, camped on the banks of the Skunk River, west of Newton in the 1840′s: on the north a scene of the departing Indian and the coming of the white man, his cabin and domestic surroundings; and, on the west may be seen the town square, courthouse, and soldier boys leaving for the front in Civil War days, and the teams and the relatives of the newly enlisted men, with waving flags, as they bid home and loved ones “good-bye”. These paintings are all genuine works of art and add materially to the charm of the building. 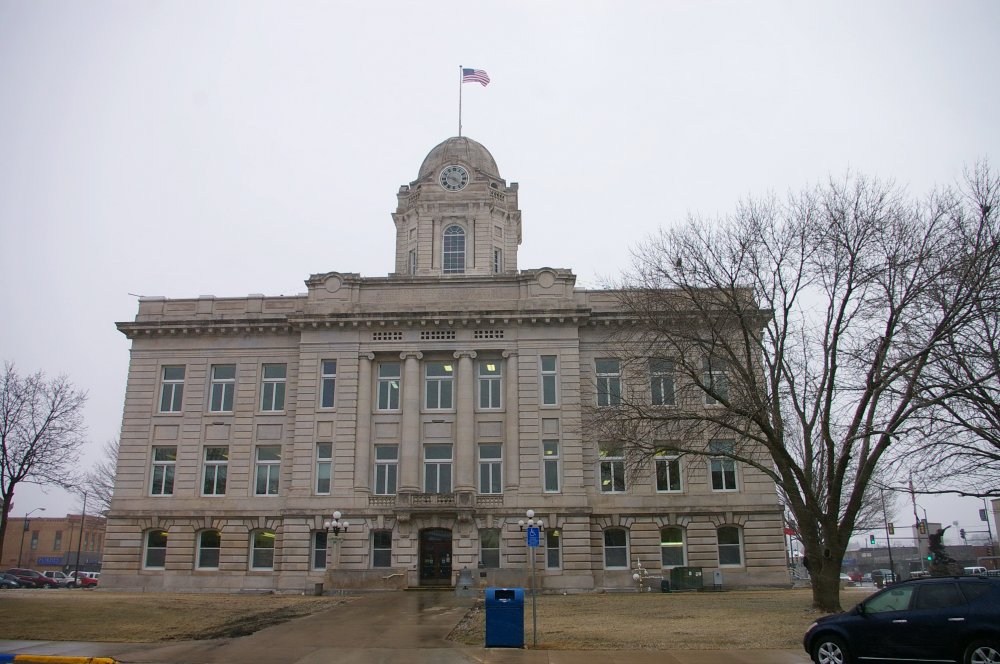 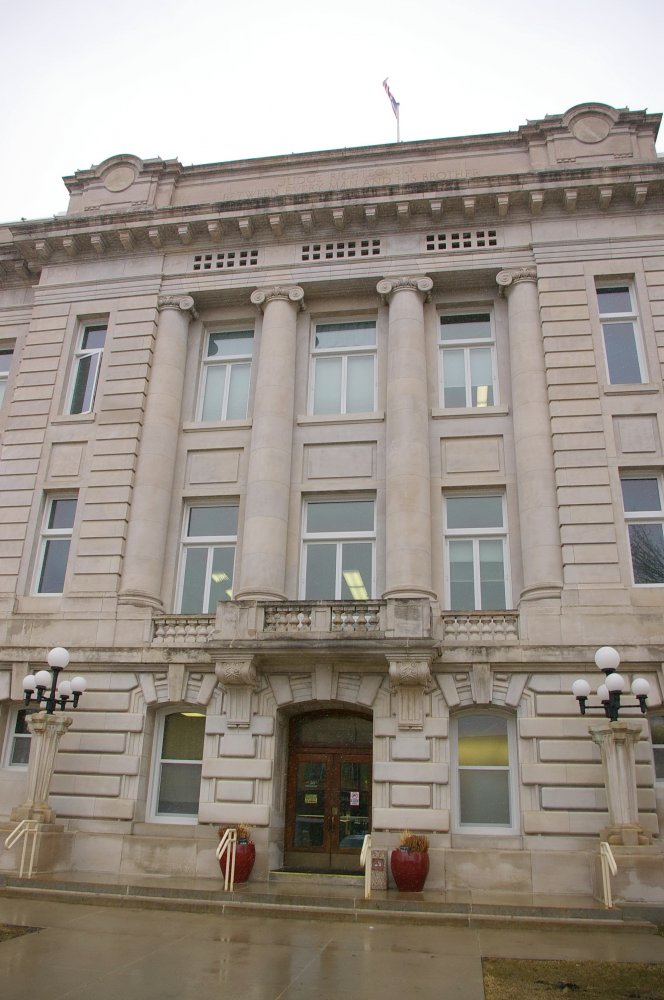 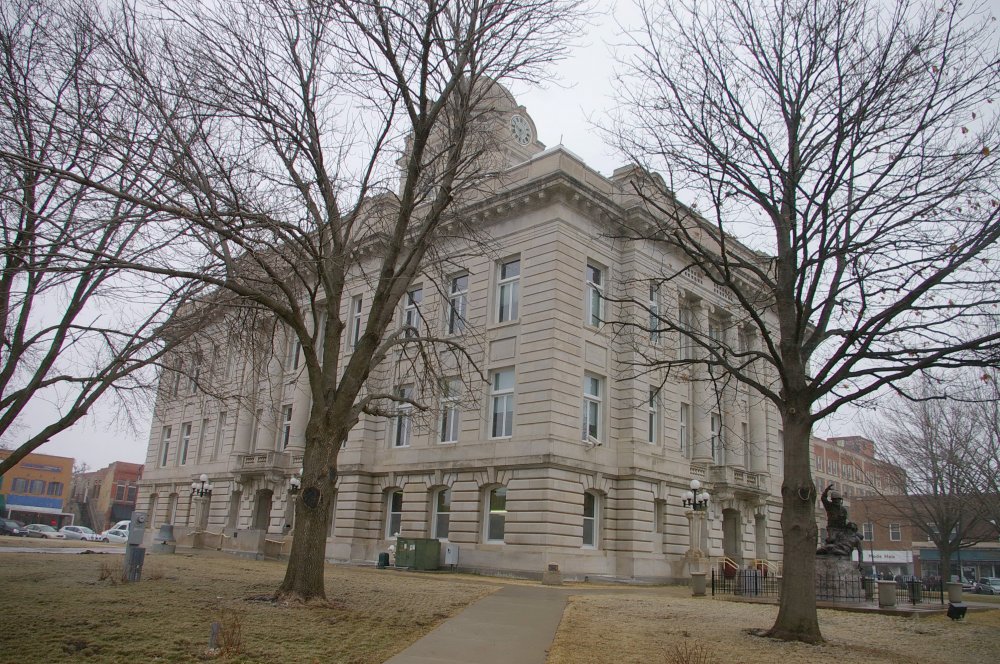 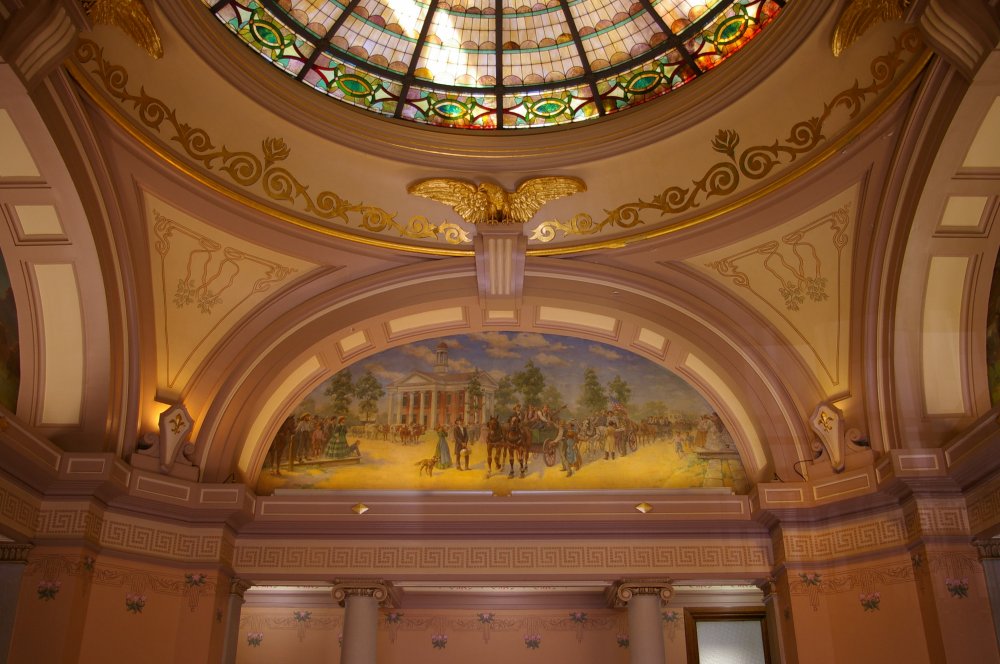