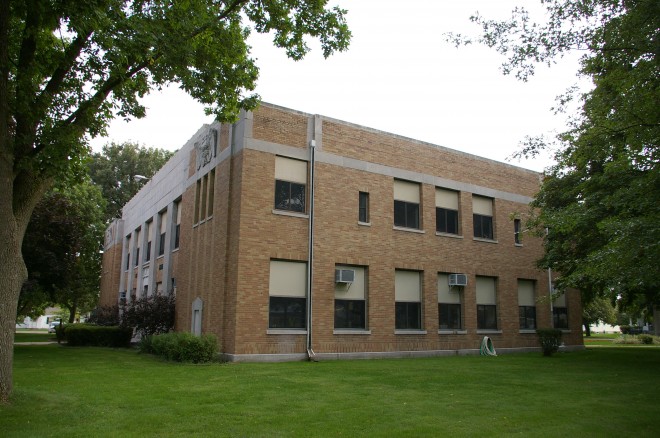 Louisa County is named for Louisa Massey, who was a well known citizen because she avenged the murder of her brother when she shot the party responsible. 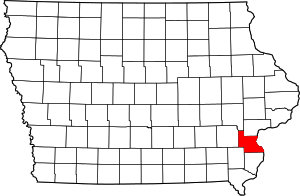 Description: The building faces east and is a two story buff colored brick and stone structure. The building is located on landscaped grounds in the center of Wapello. The front has vertical white colored bands dividing the windows. A white colored horizontal band runs below the flat roof line. There is a large eagle carved in the stone above on the east front. The building houses the County District Court of the 8B Judicial District. 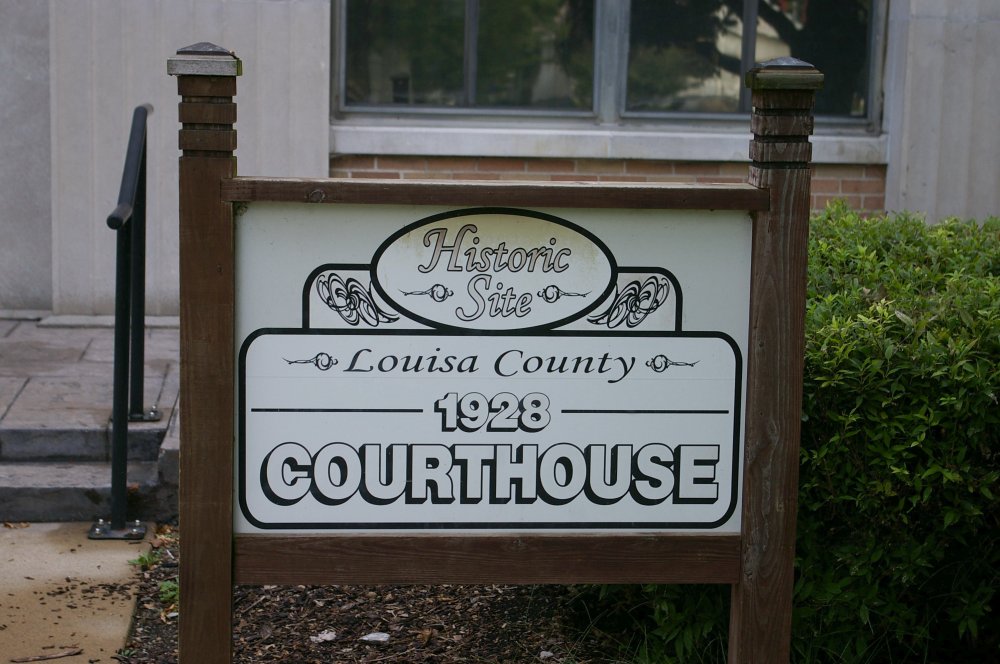 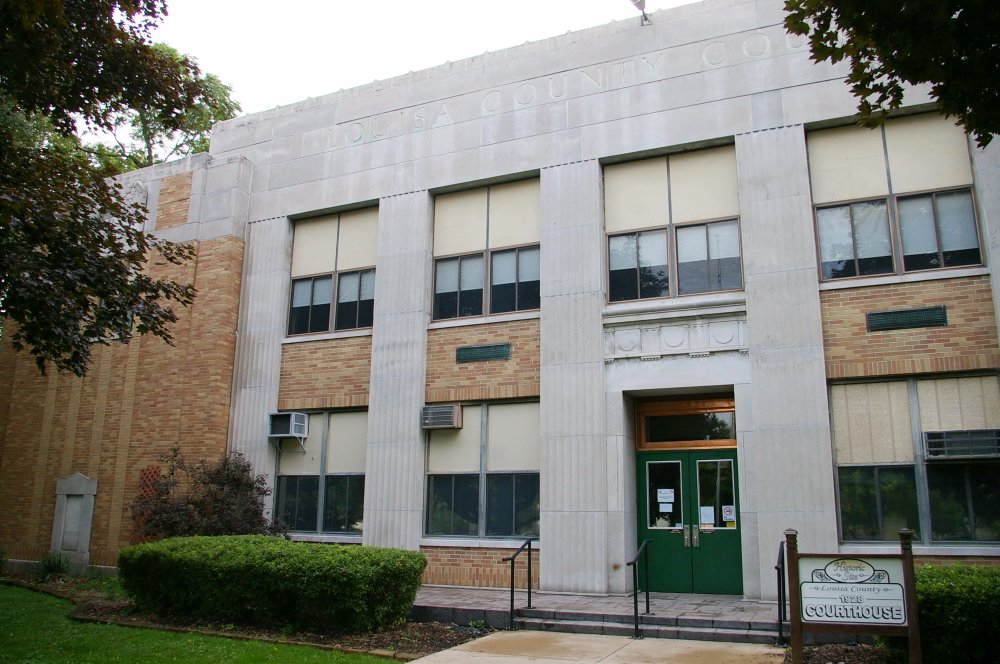 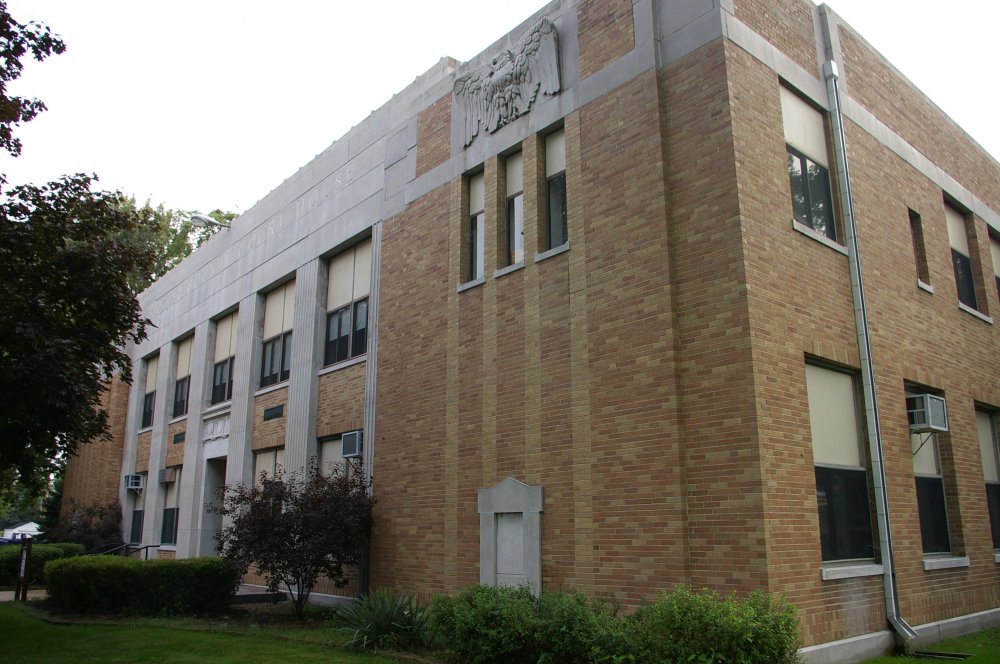 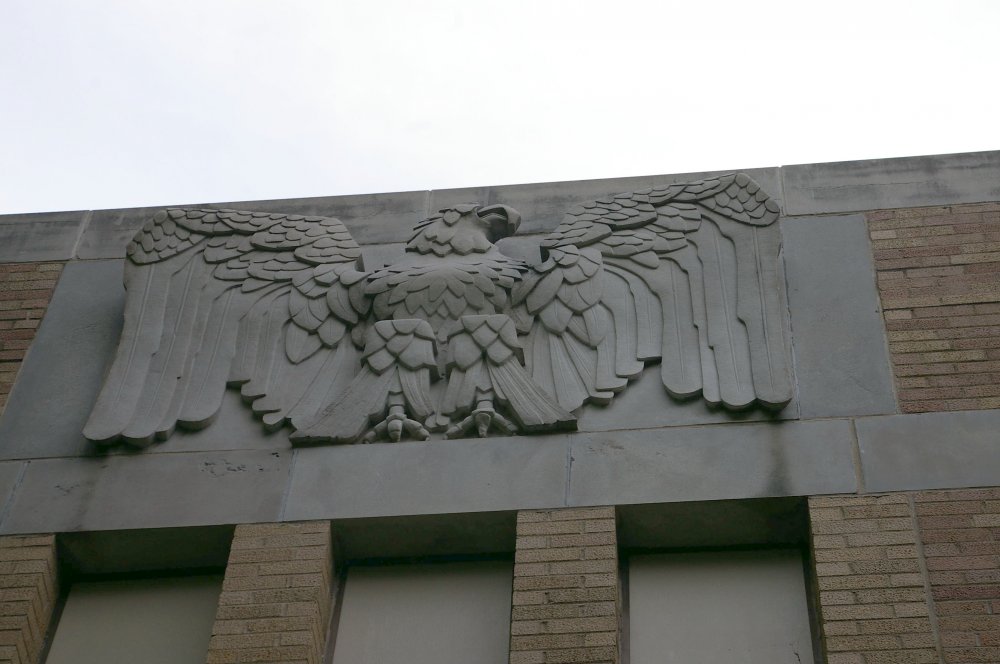 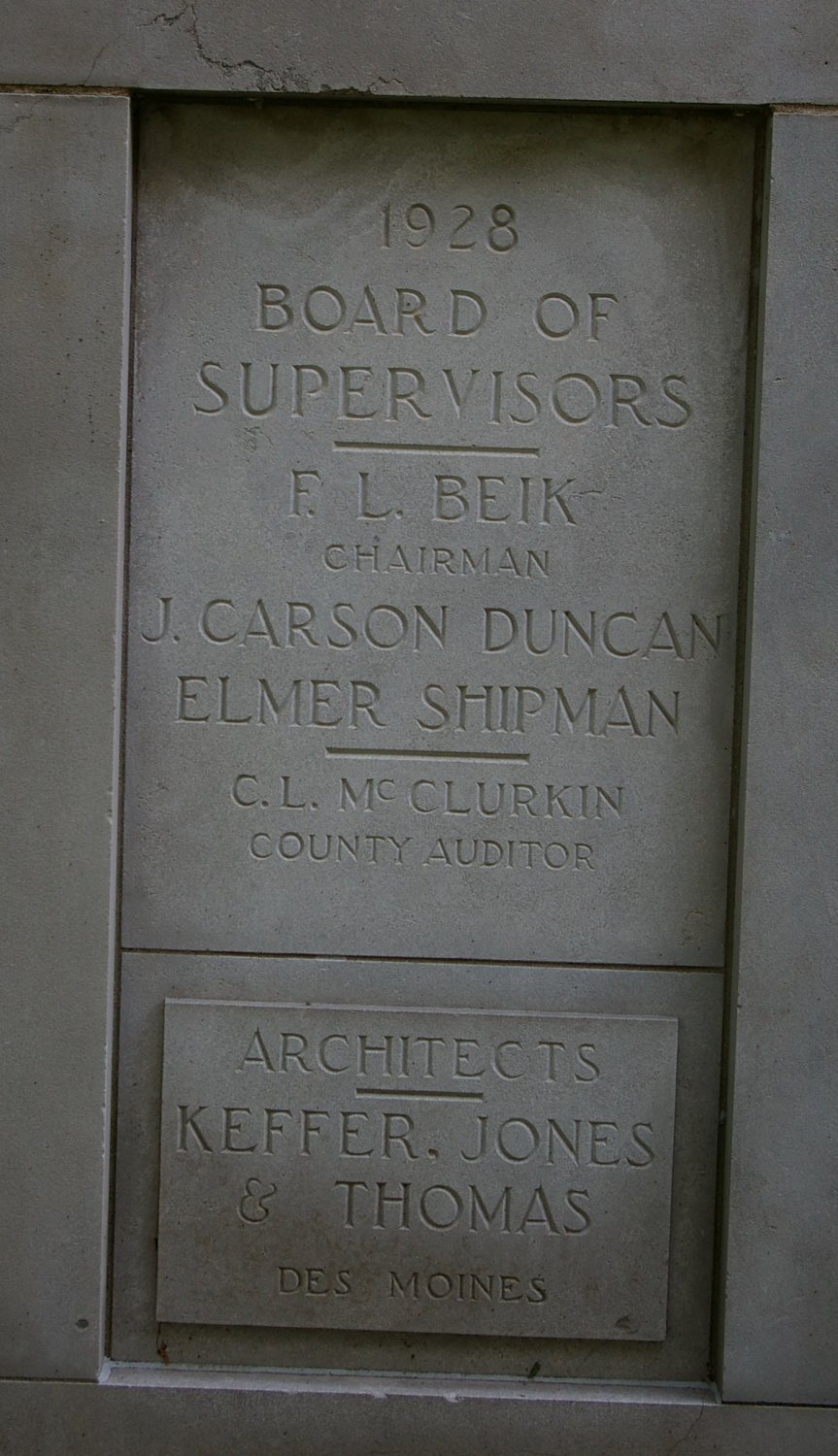 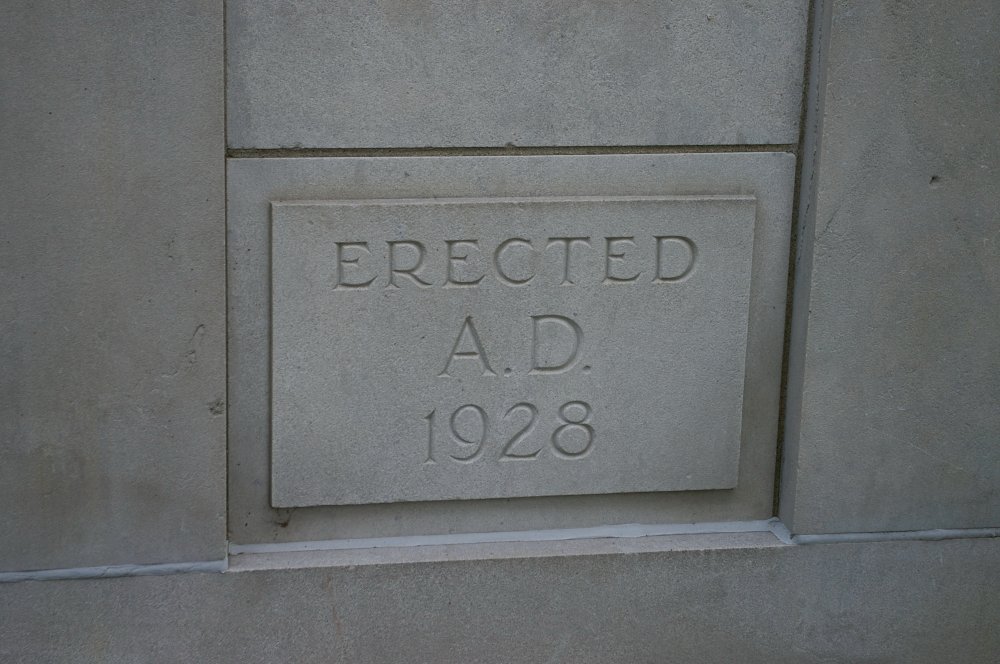