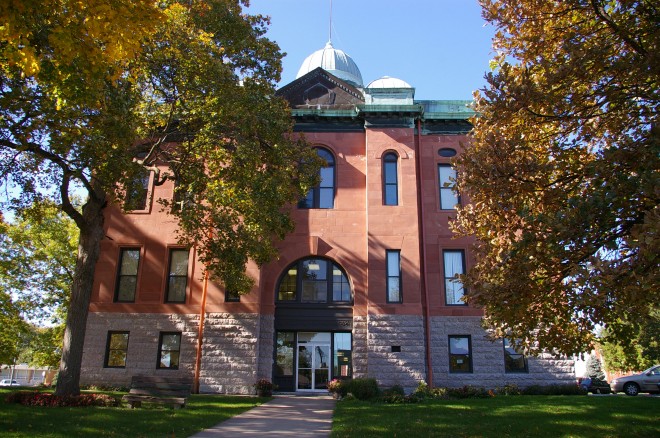 Menard County is named for Pierre Menard, who was the first Lieutenant Governor of Illinois. 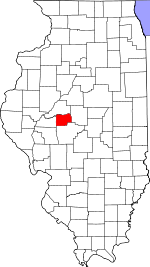 Description: The building faces east and is a three story red colored brick structure. The building is located on landscaped grounds in the center of Petersburg. The first story is white colored course stone and the upper stories are red colored sandstone. The east front has a large arch around the doorway. On the center of the roof is a round dome with round windows and a green colored roof. The courtroom is located on the second story.

History:  The county was created in 1839 and Petersburg was selected ast the county seat. The first courthouse was a two story Greek Revival structure designed and built by Henry Dresser in 1843 to 1844 at a cost of $6,630. The second and present courthouse was constructed in 1896 to 1897 at a cost of $44,000. 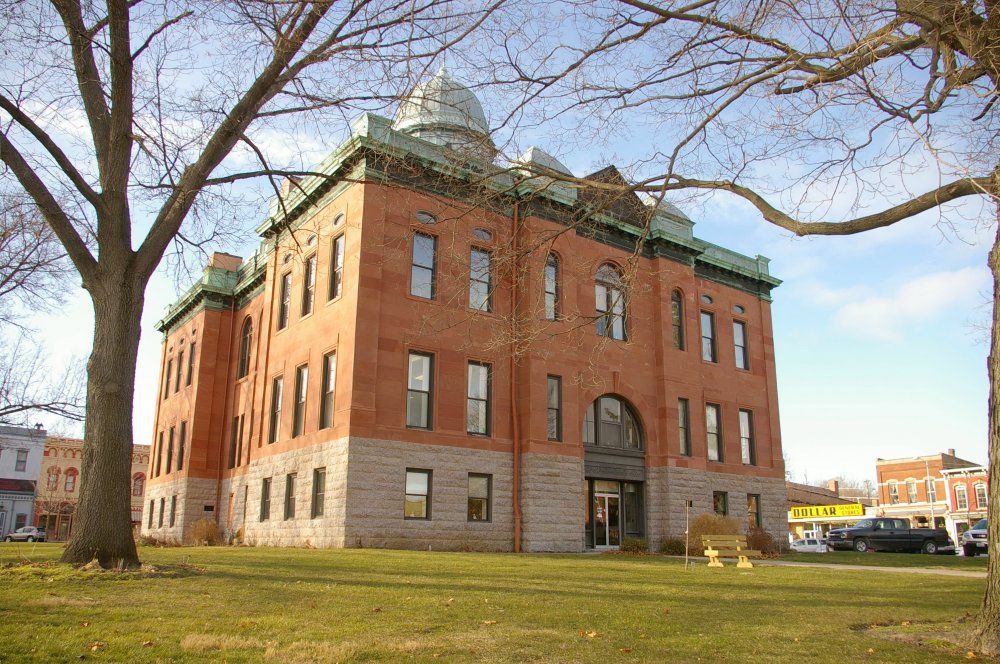 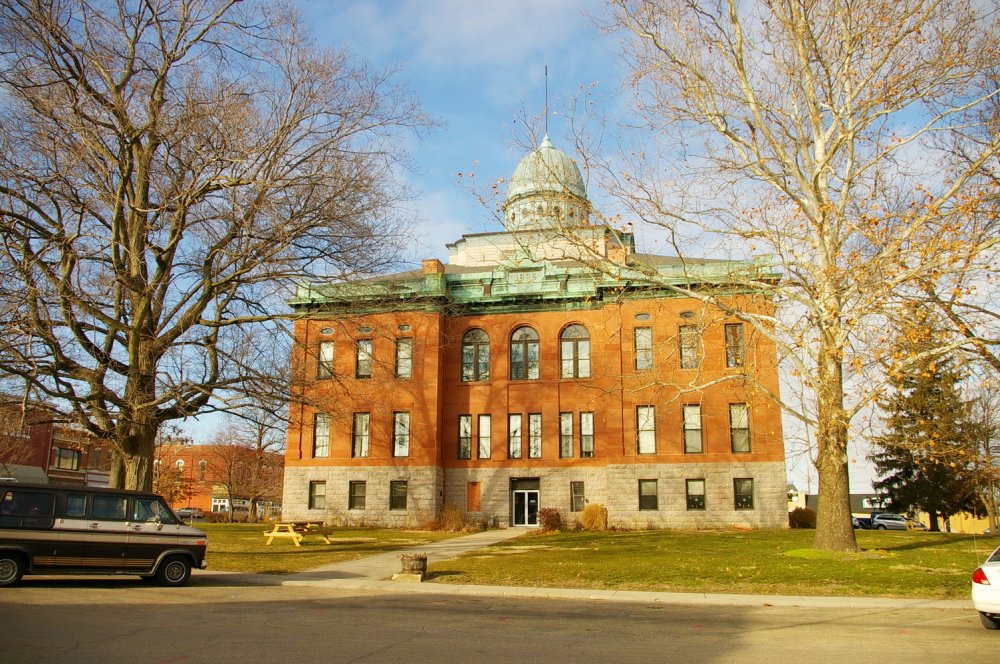 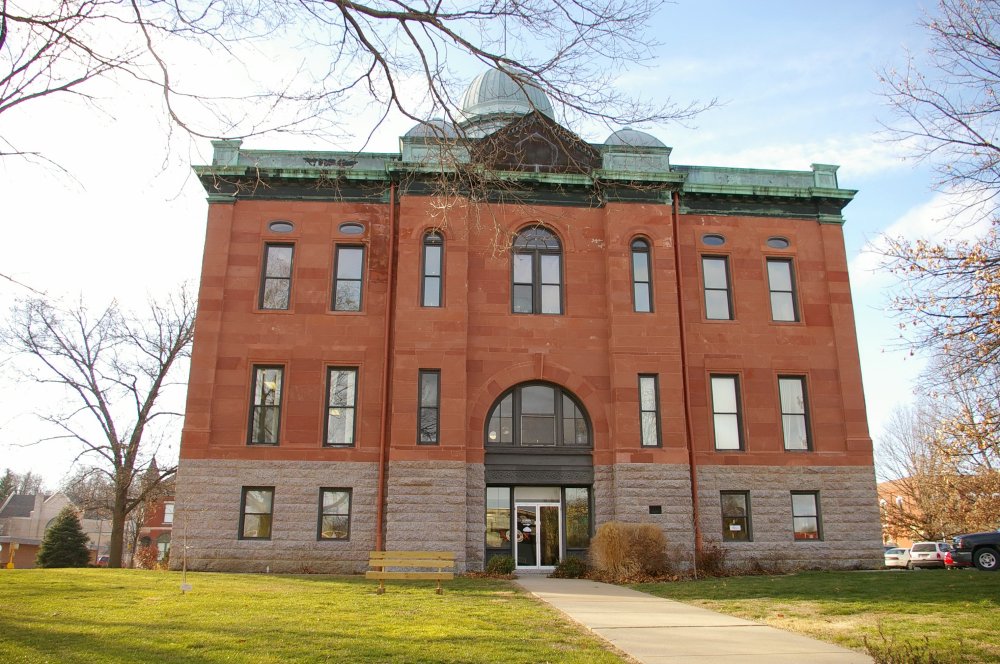 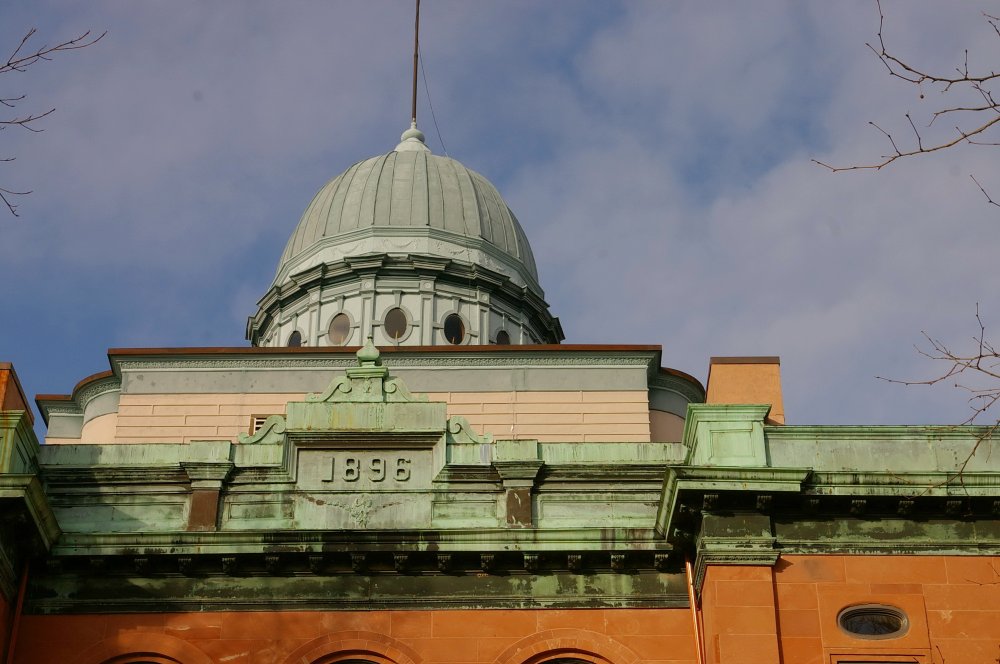 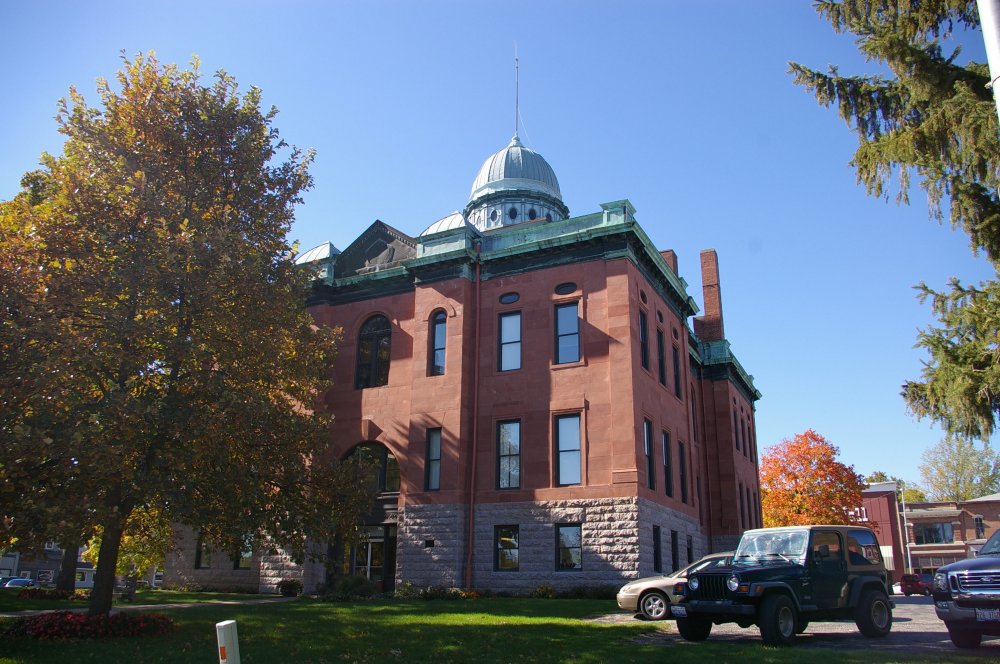 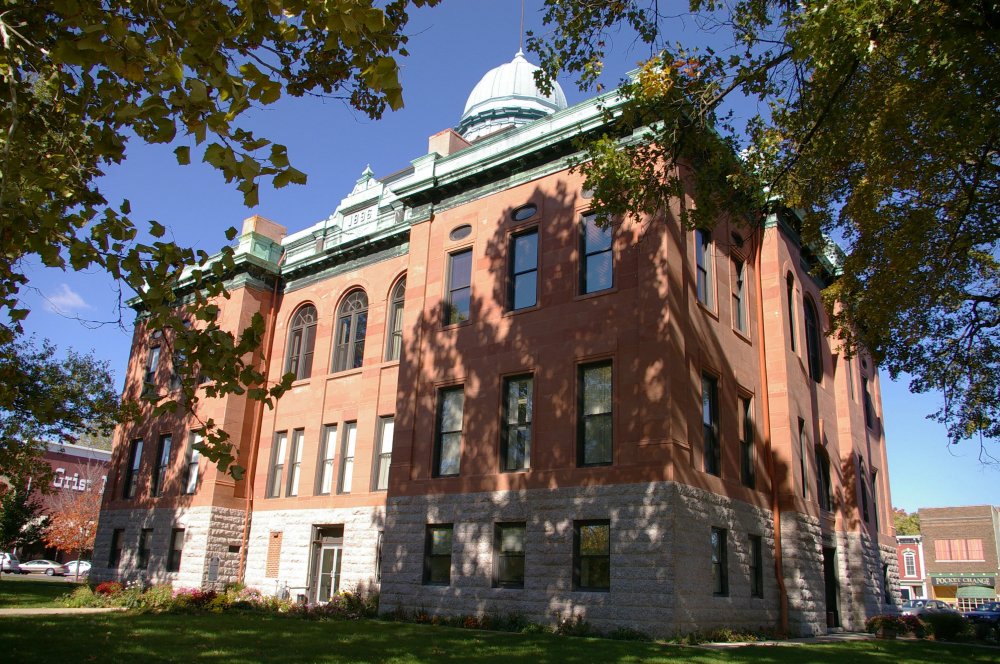 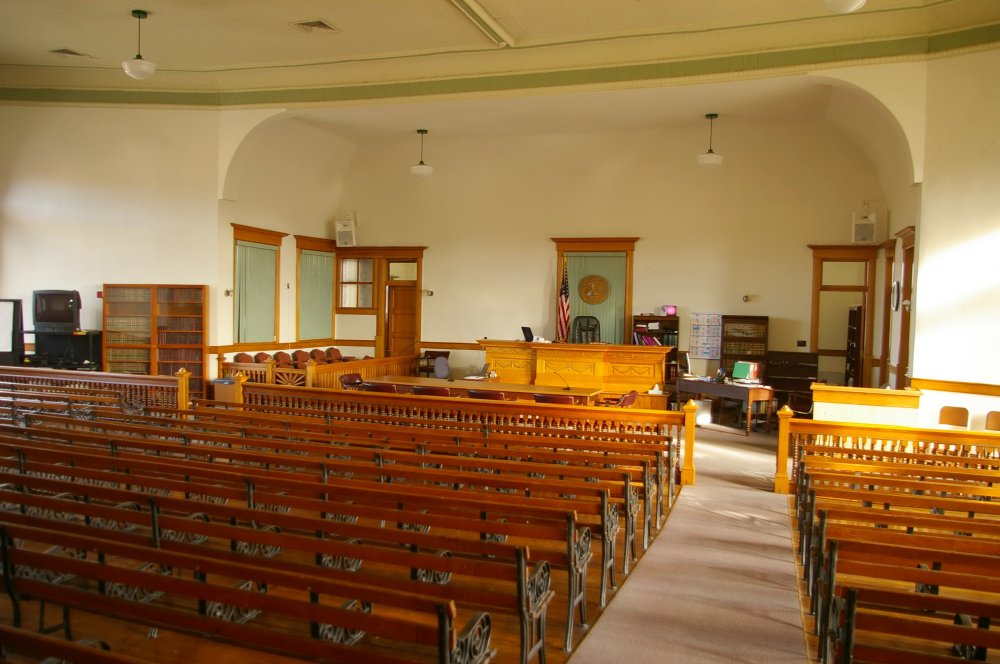 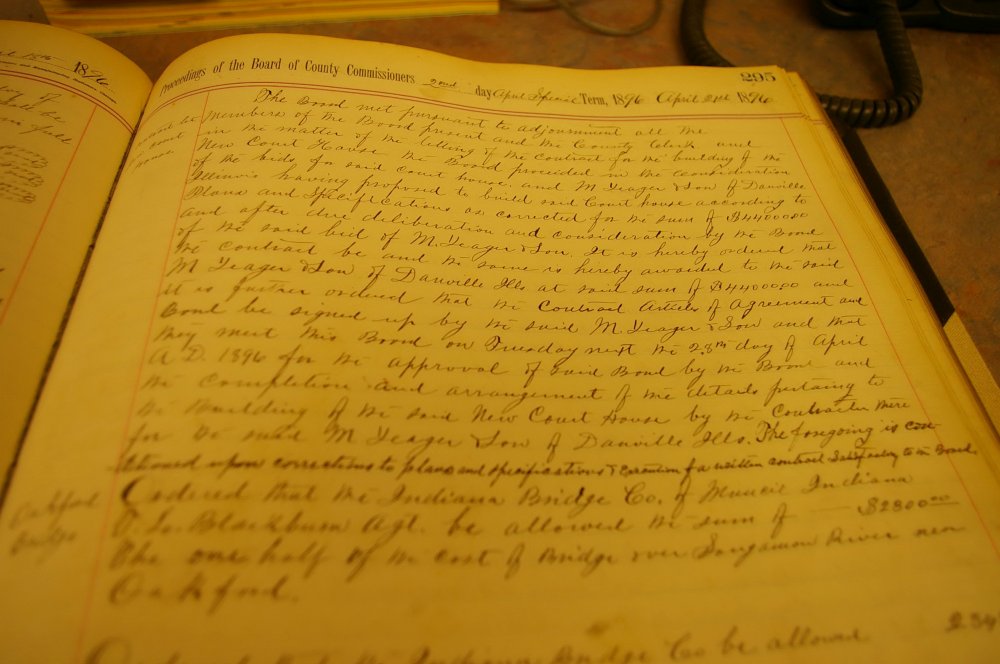