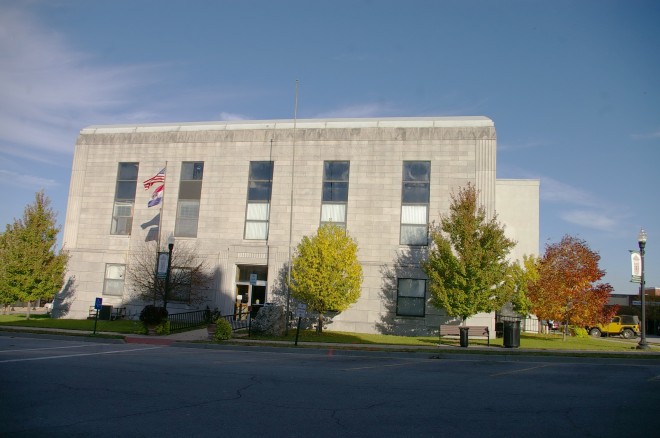 Description: The building faces west and is a three story gray colored Carthage stone and concrete structure. The building is located on the landscaped grounds of the Courthouse Square in the center of West Plains and is 82 feet square. The west front has a central entrance on the first story. The second and third story windows are a single vertical section. The roof line is flat. This was a Work Projects Administration project. On the west side is the County Office Building. 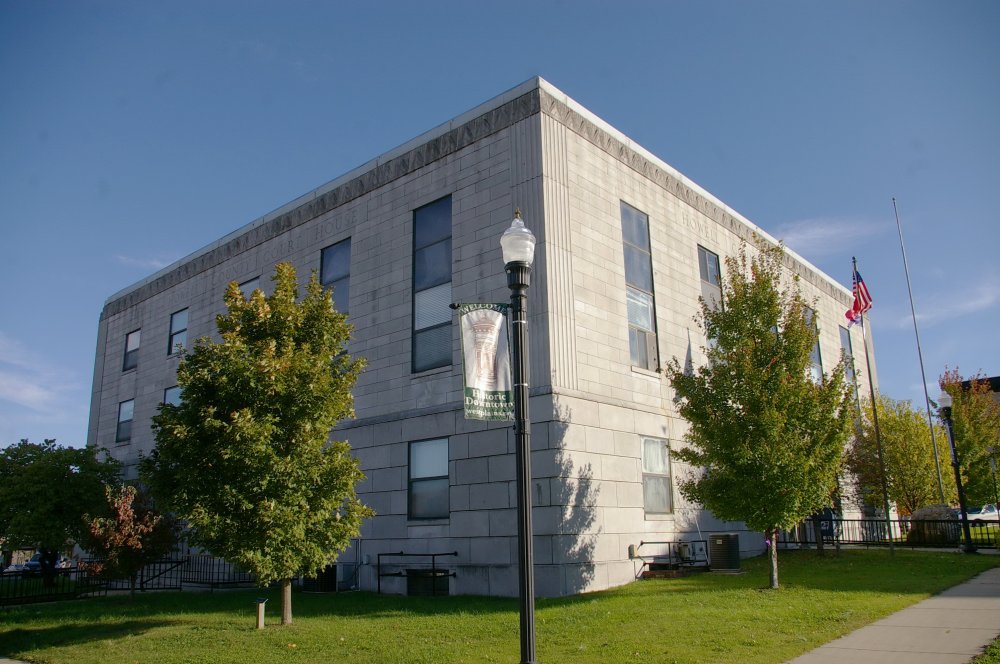 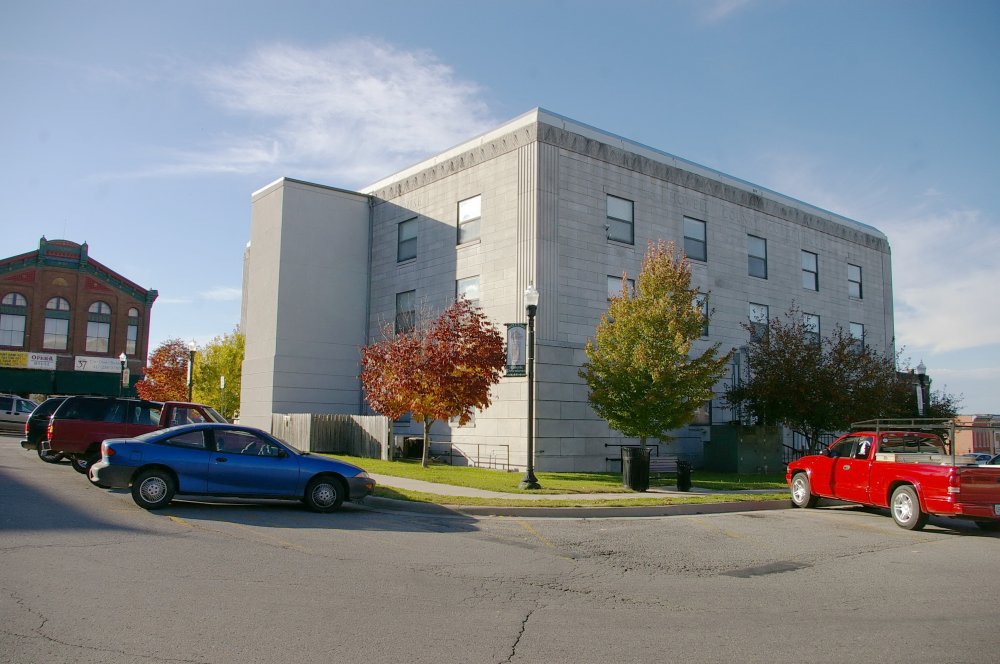 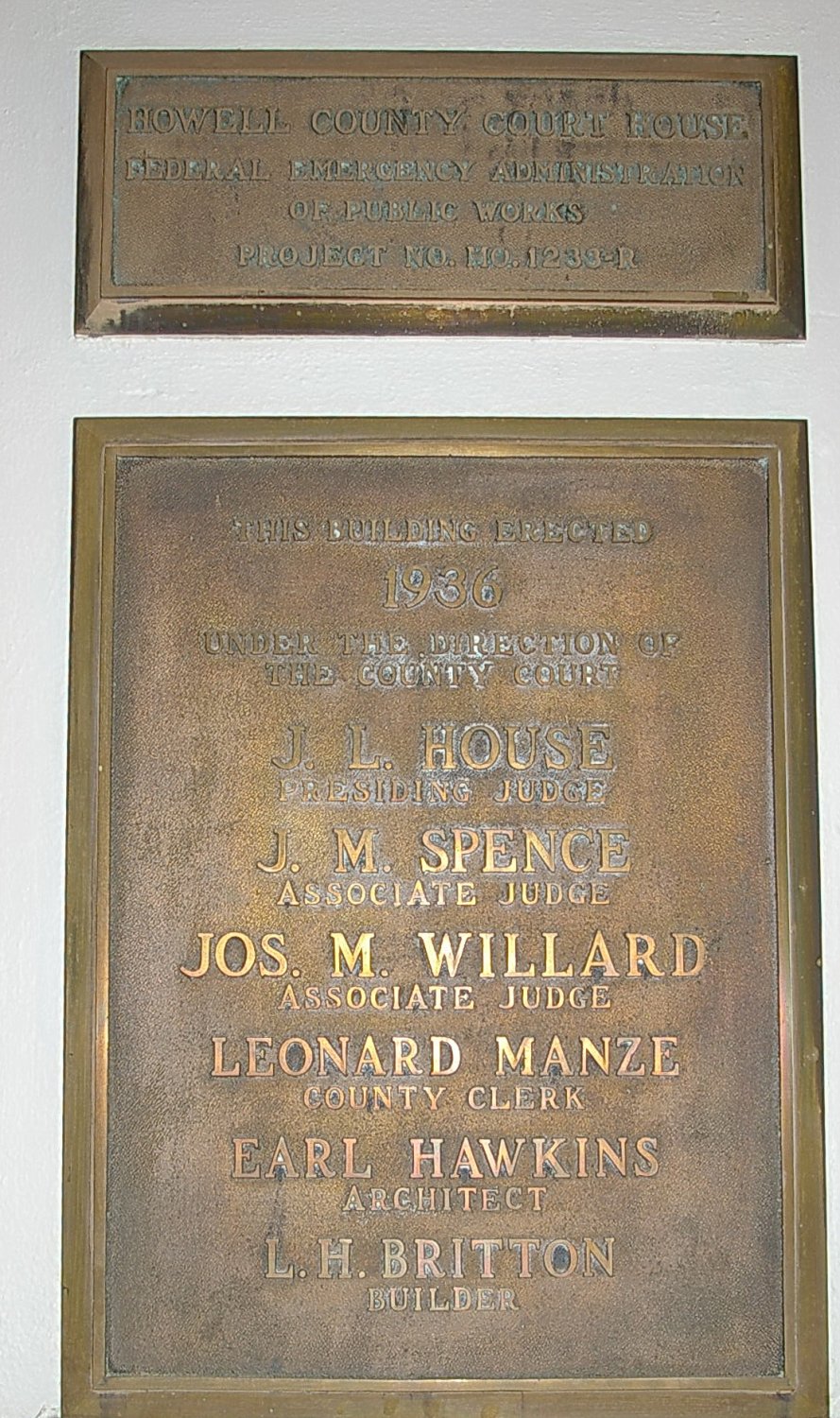