Sangamon County is named for the Sangamon River the name of which is derived from the Pottawatomie Indian word “sain-guee-mon”, meaning “where there is plenty to eat”.

Description: The building faces west and is a seven story red colored brick structure. The west front has a large brick arch extending to the top of the building. White stone trim is along the top of the first story, top of the fourth story and top of the seventh story. 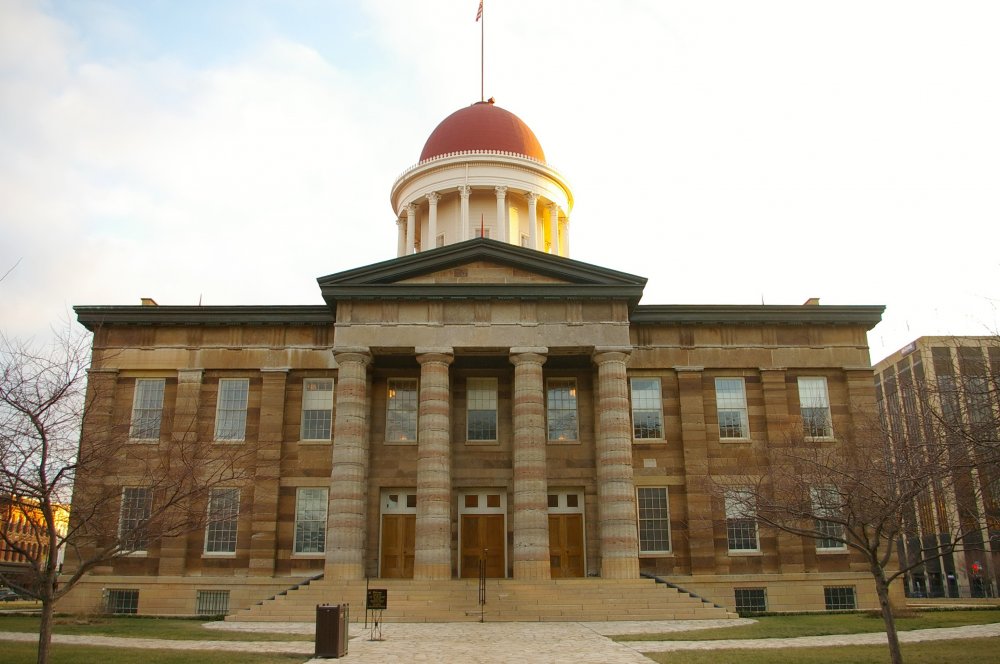 Description: The building faces south and is a two story dolomite stone structure. The cornerstone was laid on July 4, 1837. The building is the fifth state house constructed and was used until 1876 when it was sold to Sangamon County for use as a courthouse until 1966. The building has a stark facade of locally quarried stone. At the front is a portico with four stone columns. A narrow dome is supported by thin columns. The interior is elegant with an impressive double staircase. The restored rooms are furnished with original and reproduction pieces. The building originally housed the House of Representatives, Senate and Supreme Court. The building was dismantled in the 1960,s and the underground building that houses the Illinois State Historical Library was constructed. The building was resembled on top of the new structure.