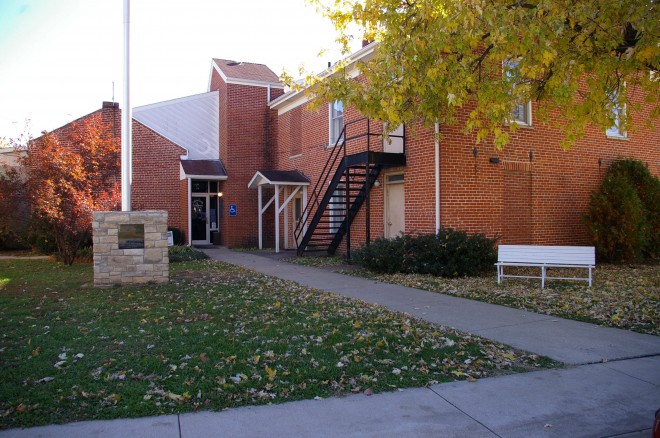 Calhoun County is named for John C Calhoun, who was a southern statesman and Vice Present of the United States.

Description: The building faces west and is a two story red colored brick structure. The building is located on landscaped grounds in the center of Hardin. The building is “L” shaped and the southwest section is two stories with a small portico on the north side. The main entrance is on the west side of the east wing which has a small red colored brick tower with sloped roof and descending roof to the north to the peak of the east section. The roof is hipped. On the northwest is an open courthouse square. In the interior, the courtroom is located on the first story. The building houses the County Circuit Court of the 8th Judicial Circuit.A two story addition was added on the south side in 1978 to 1979. The architect was V Hanner & Associates Architects Inc. of Wood River and the contractor was Jersey County Construction. On the north side is the two story stone County Jail. 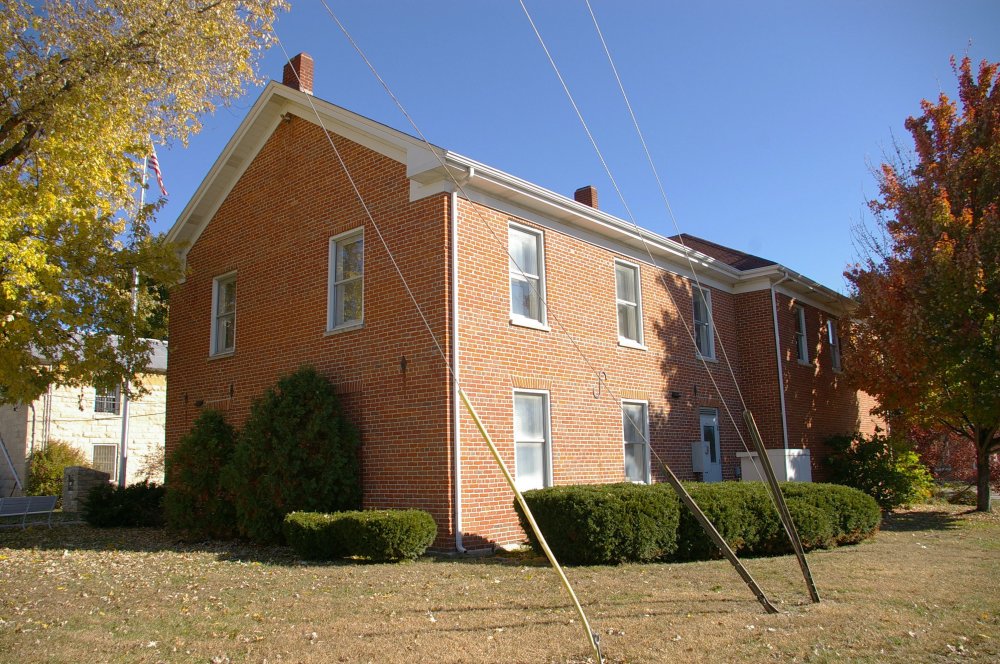 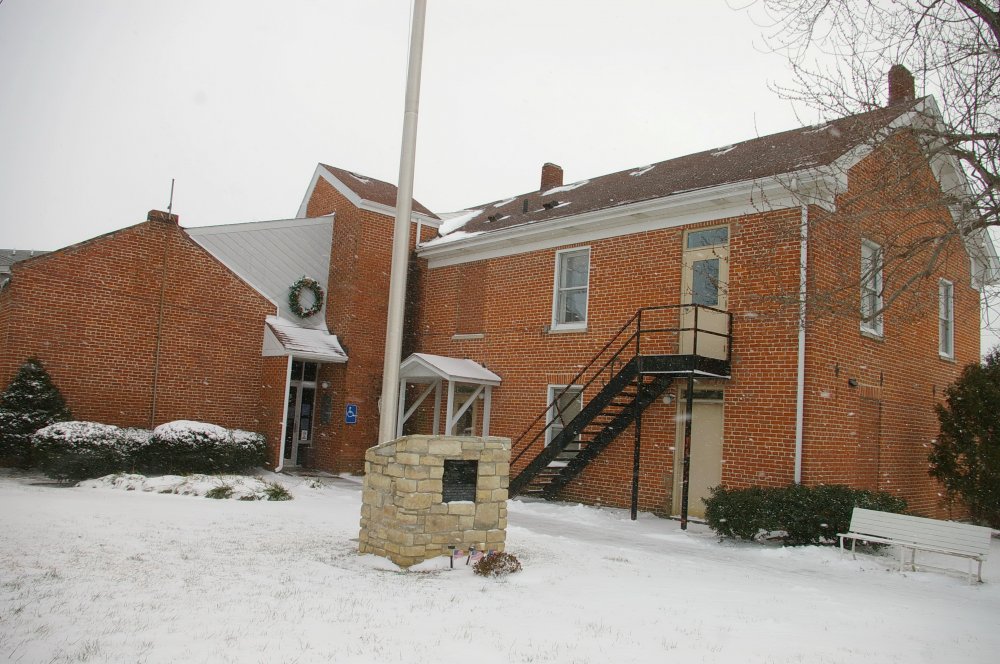 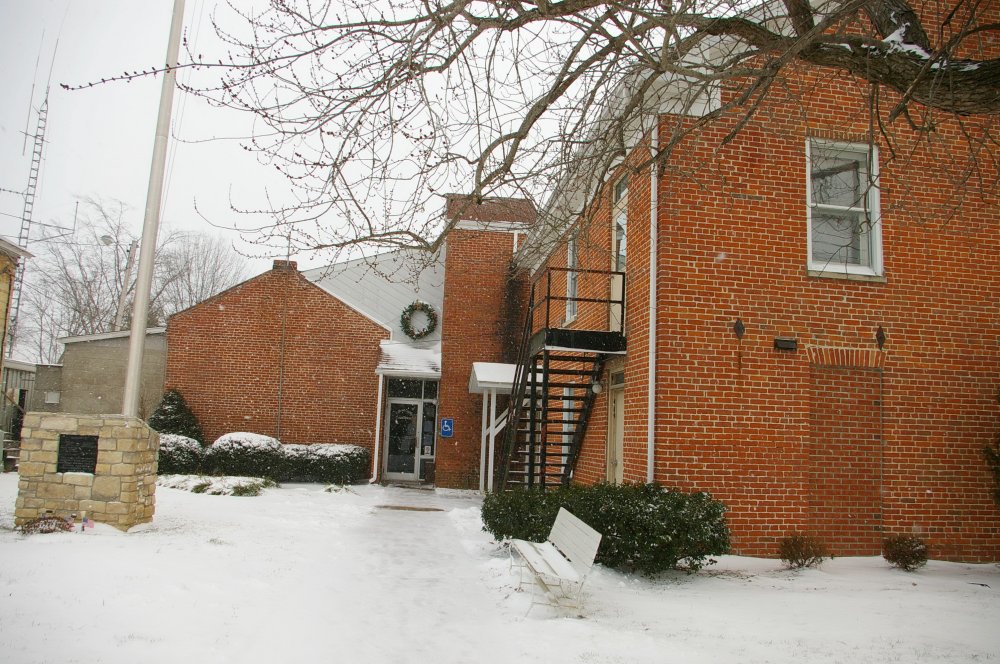 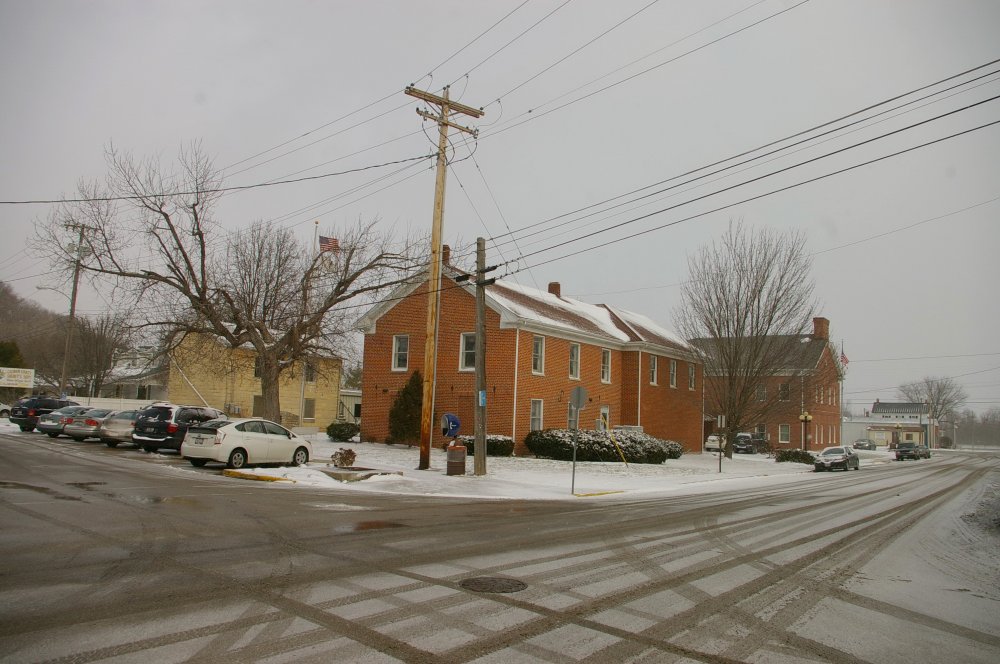 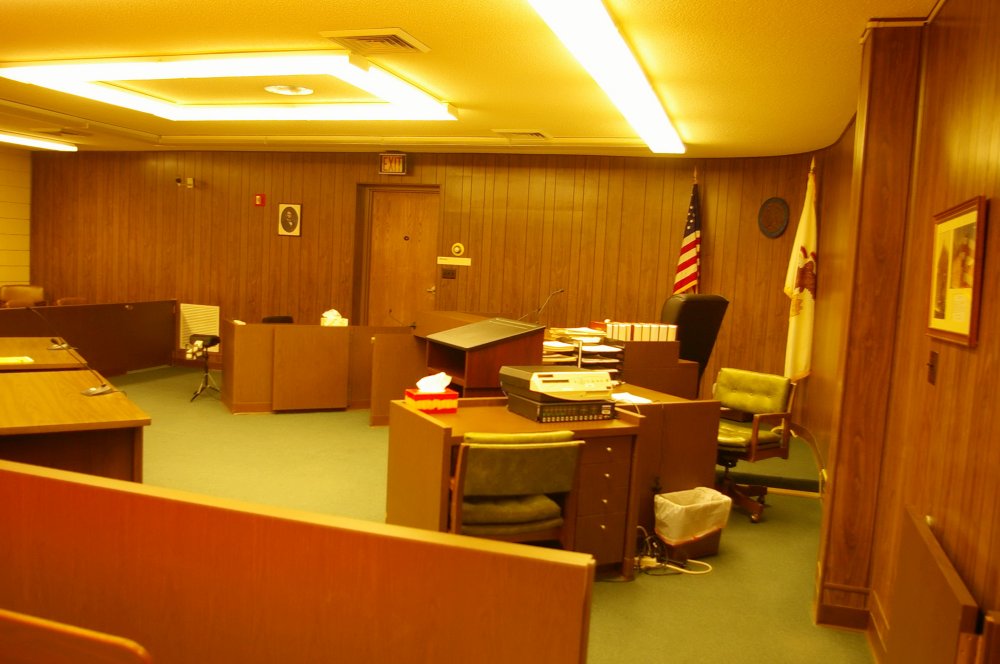 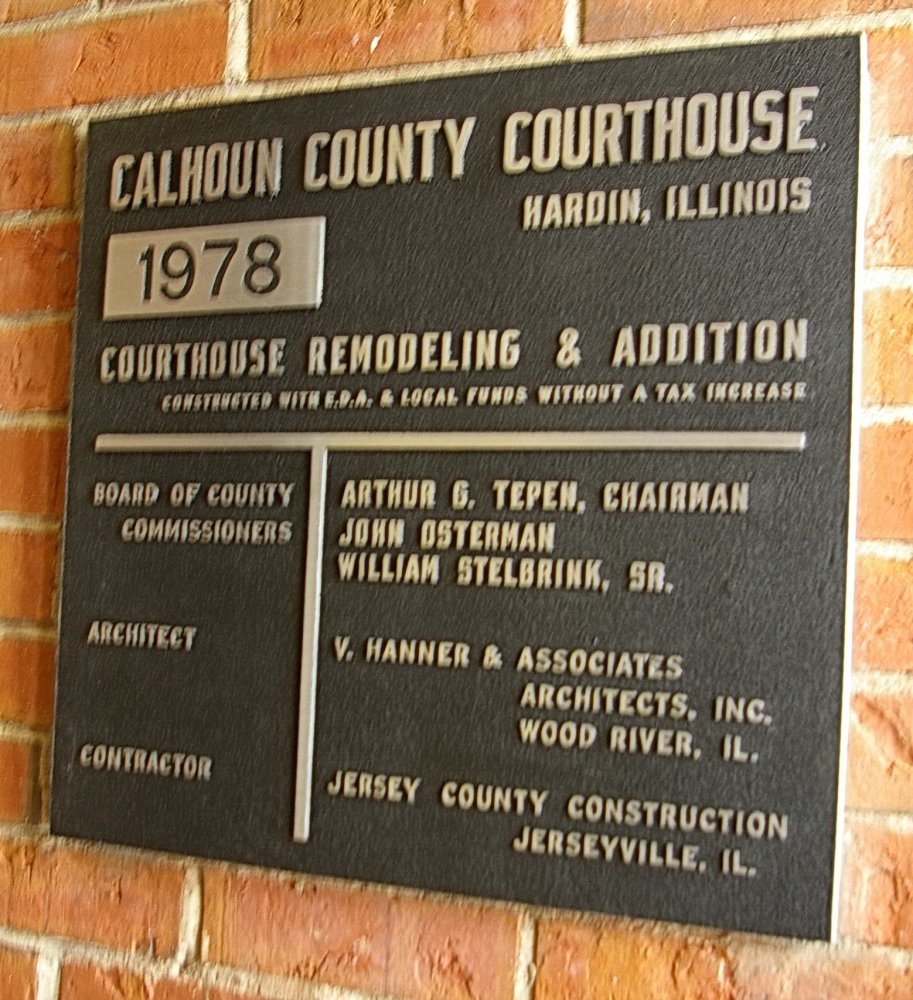 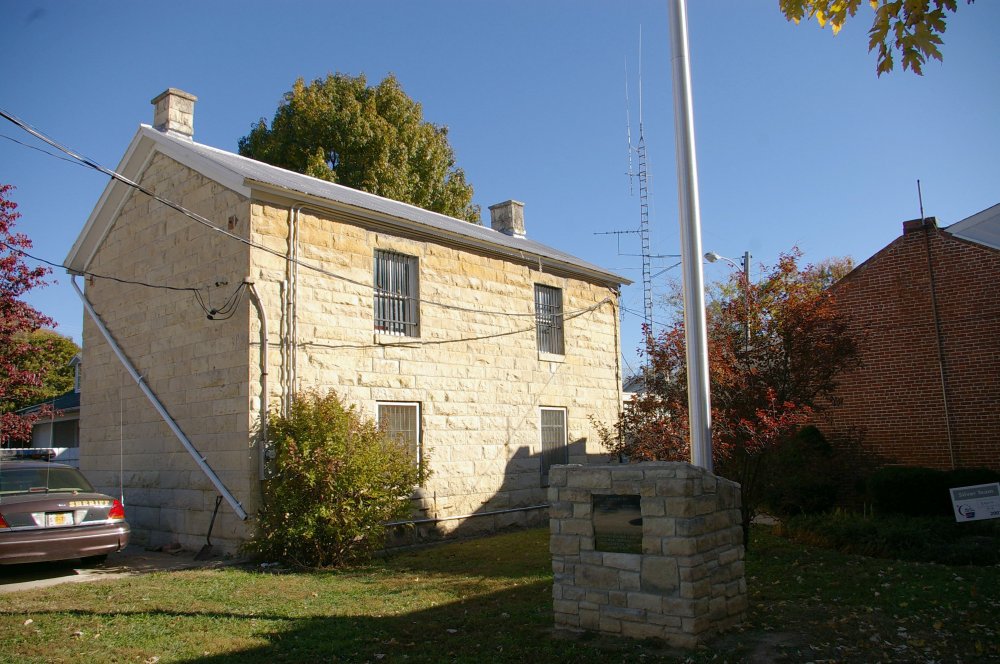 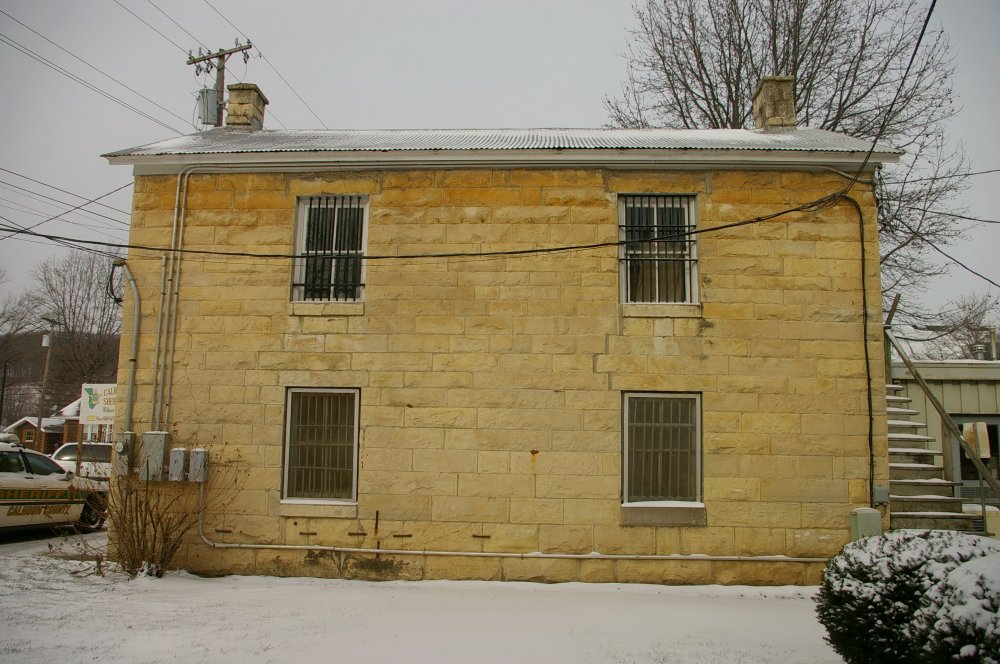