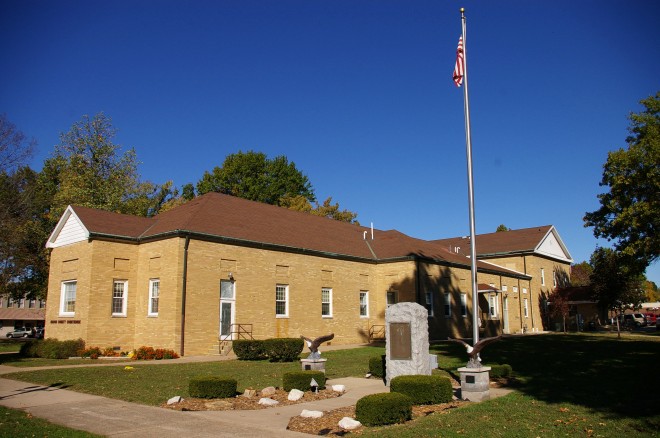 Mason County is named for Mason County in Kentucky, which county was named for George Mason, who was a Virginia delegate to the United States Constitutional Convention and he is known as the ”Father of the Bill of Rights”.

Description: The building faces south and is a two story buff colored brick structure. There is a one story wing on the south side. The north section has a portico on the east side. The south section was built in 1877 by the City of Havana and has a small portico on the east side.  In 1954, the north and south sections were joined to form one building. The building has a red colored hipped roof with white colored gable ends. The building houses the County Circuit Court of the 8th Judicial Circuit. The building was renovated in 1960 to 1961. The architect was Phillips and Kemp of Canton and the contractor was Becker and Lane Construction Company. 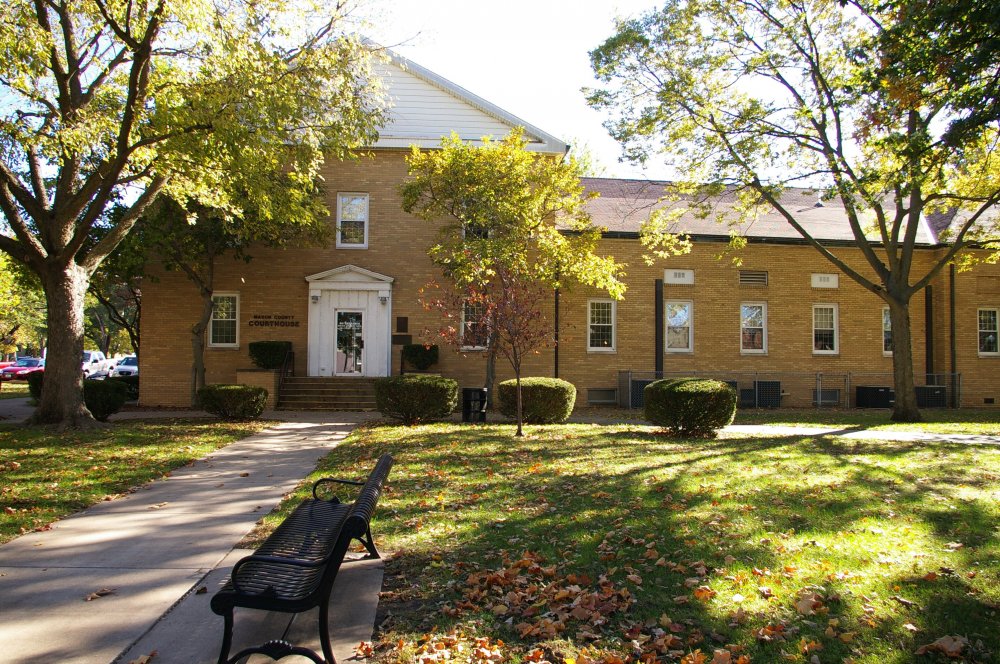 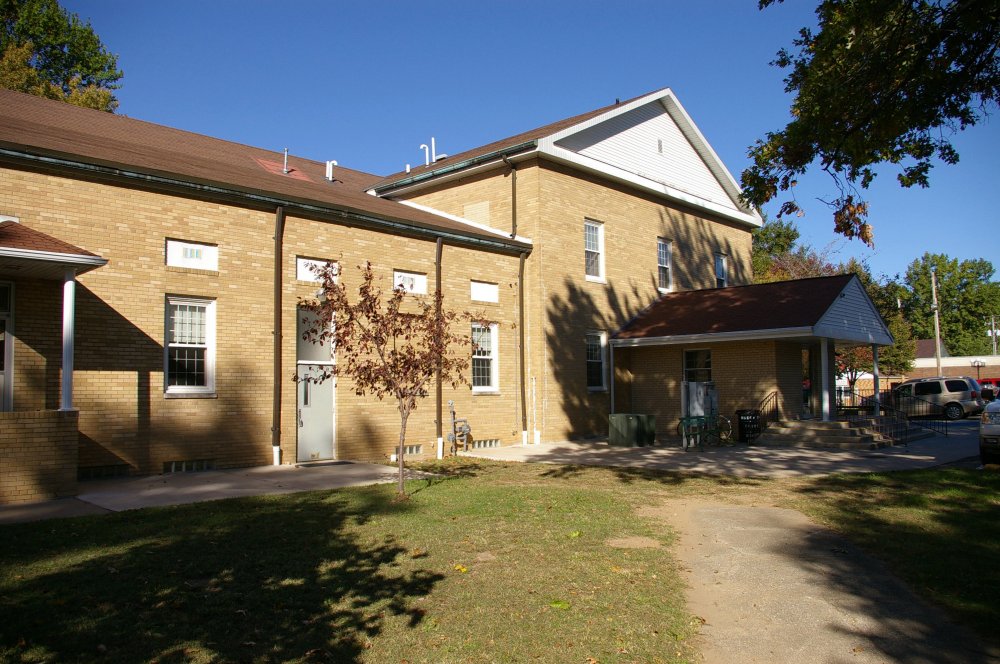 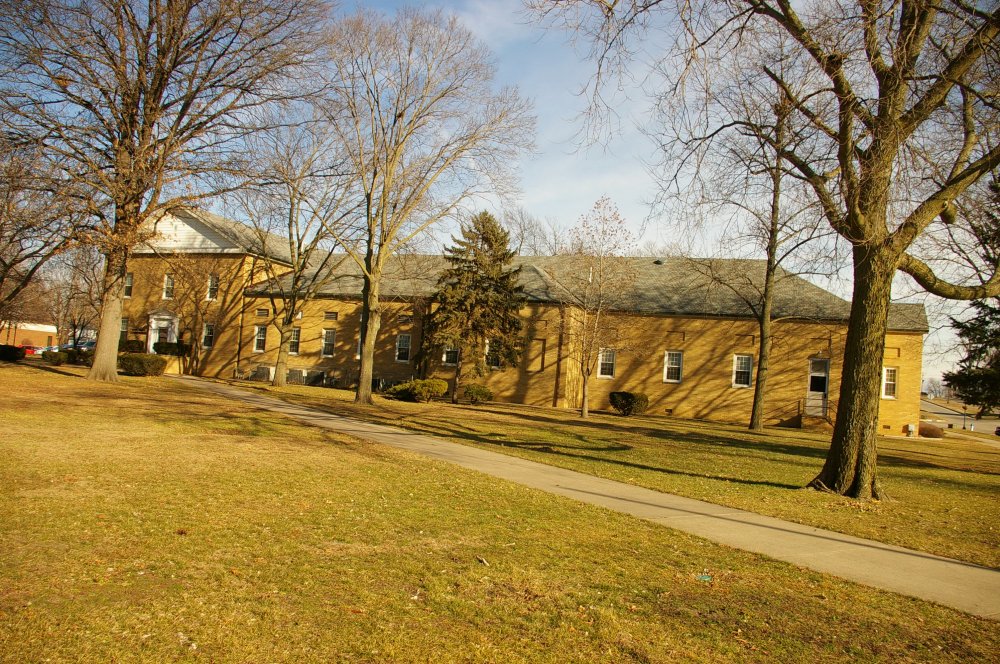 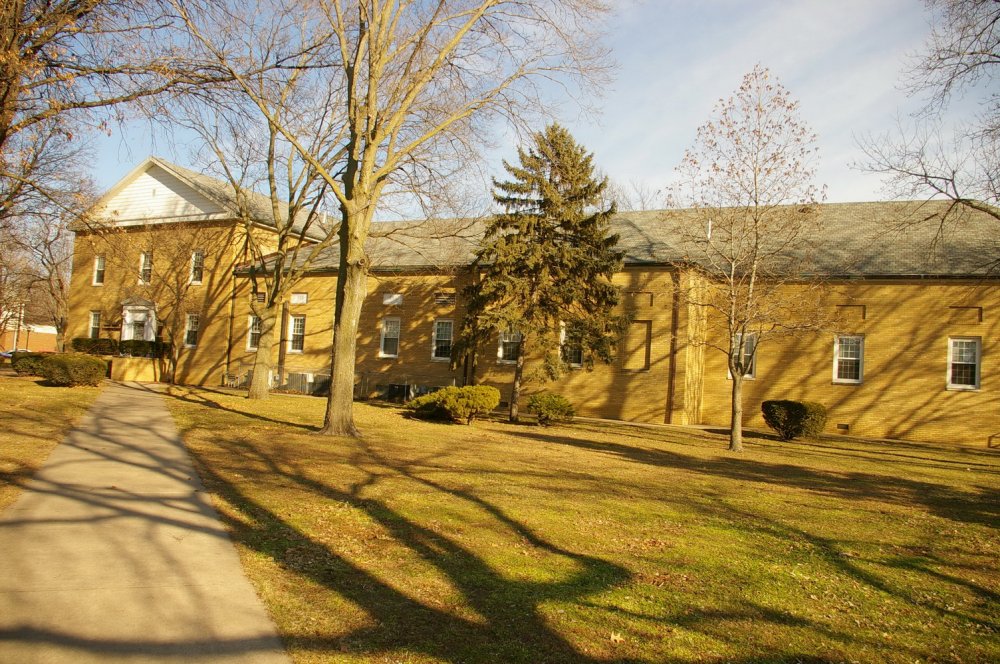 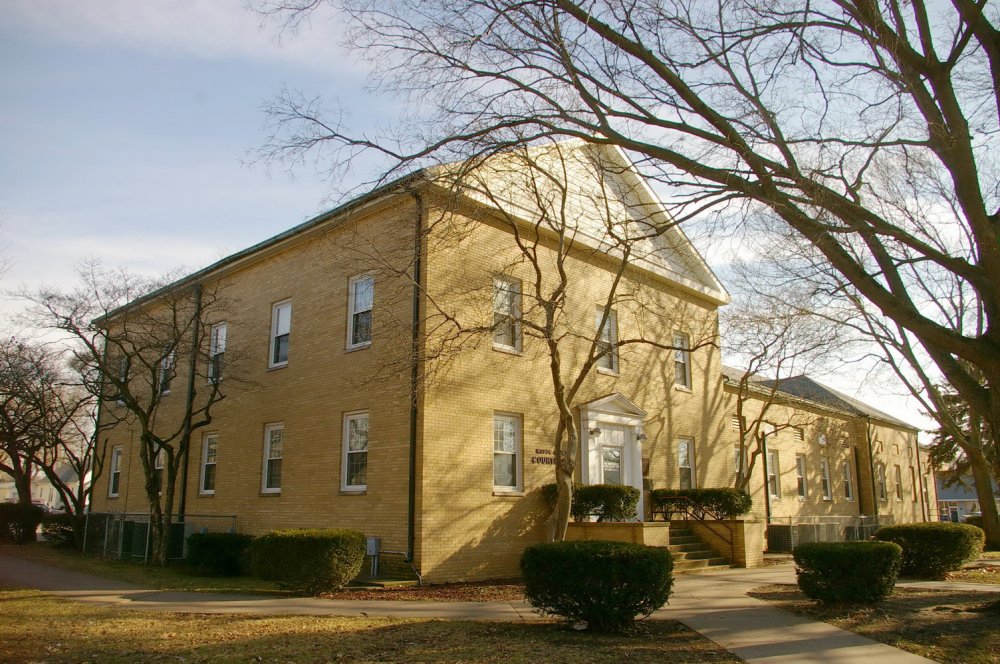 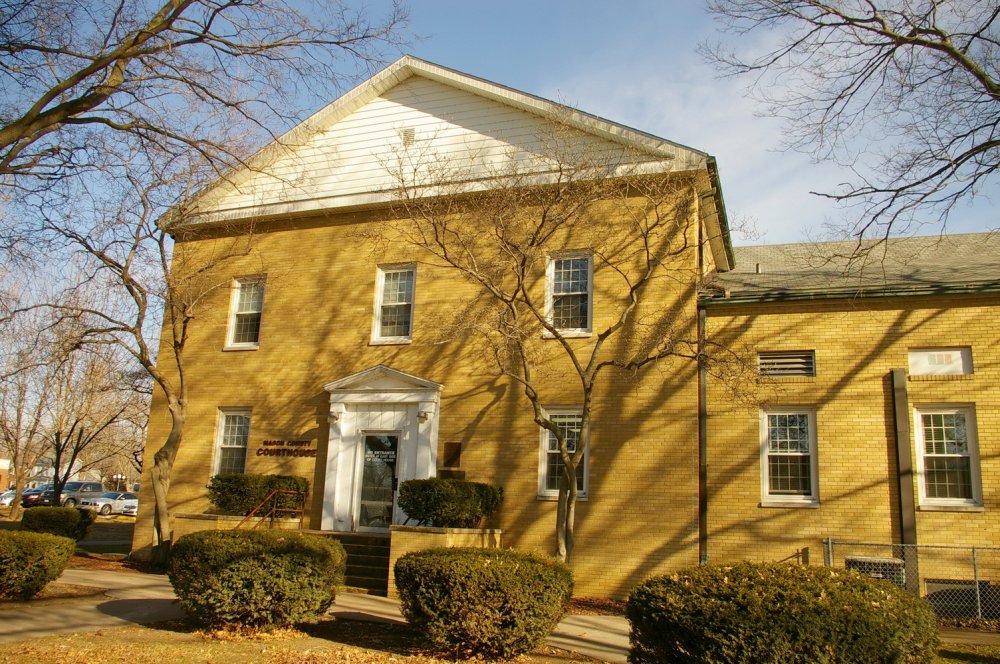 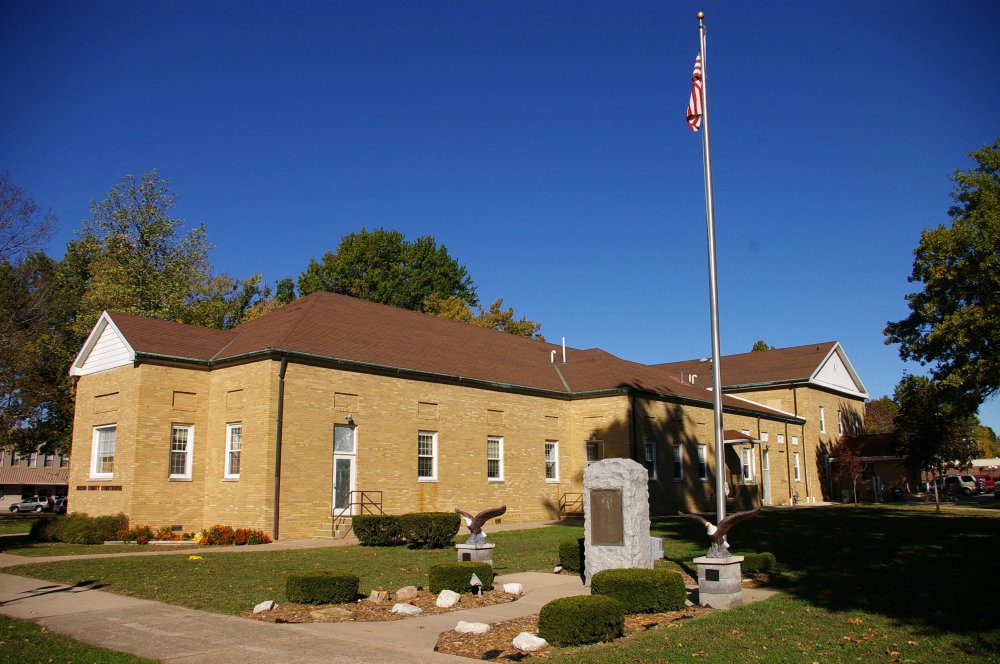 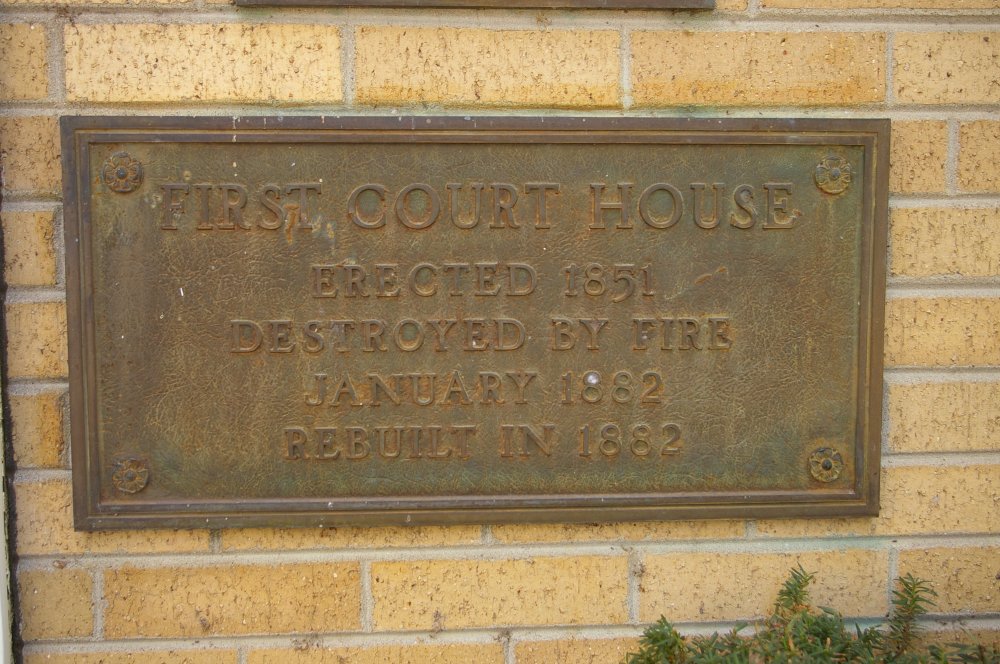 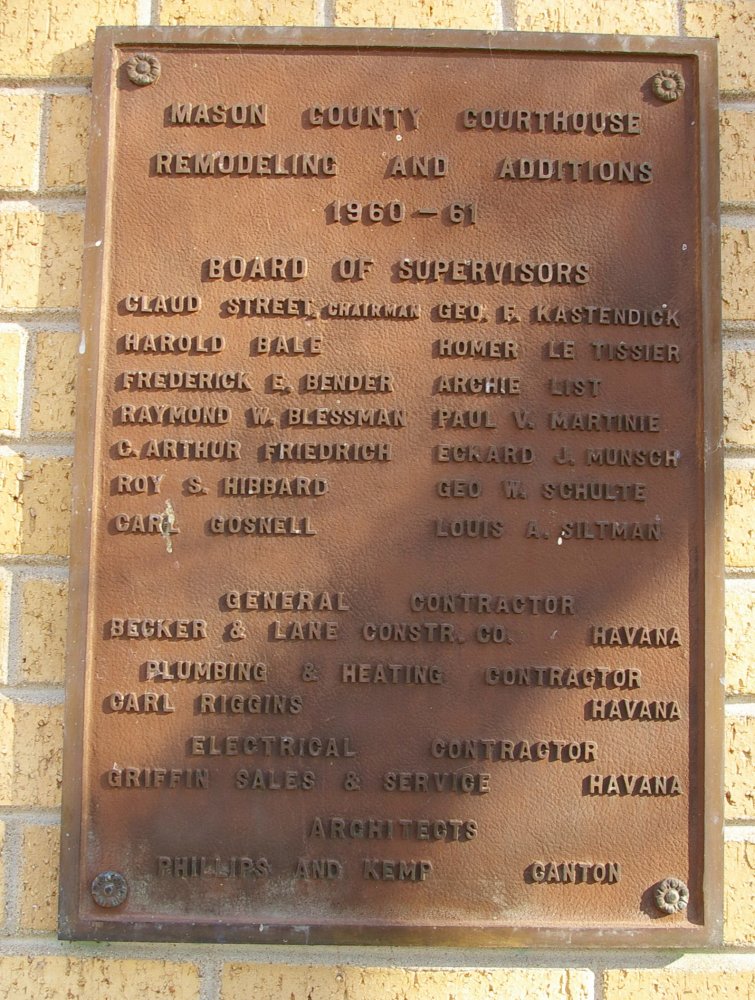