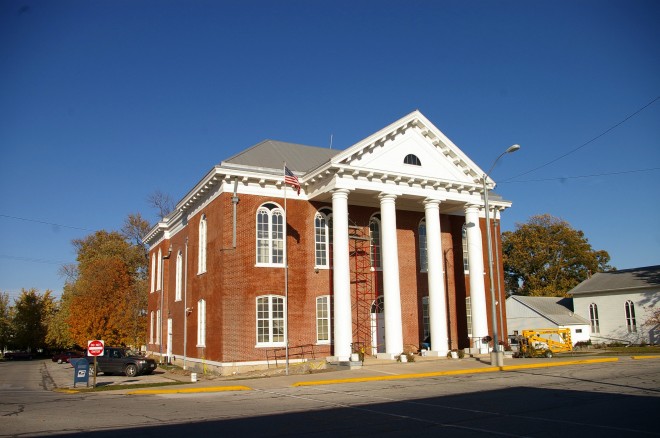 Brown County is named for Jacob Brown, who was a soldier in the War of 1812, and later became the commanding general of the United States Army. 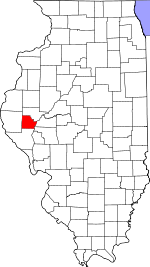 Description: The building faces south and is a two story reddish colored brick and concrete structure. The rectangular shaped building is located on landscaped grounds in the center of Mount Sterling. The south front has a high portico supported by four large white colored columns with the pediment at roof level. The windows are arched and a white colored cornice follows the roofline. The roof is hipped. In the interior, the courtroom is located on the second story. The building houses the County Circuit Court of the 8th Judicial Circuit.The building was remodeled 1939 to 1942 after a fire largely destroyed the building. The architect was Raymond G Johnson of Jacksonville and the contractor was Smirl and Gibson of Jacksonville.

History:  The county was created in 1839 and Mount Sterling was selected as the county seat. The first courthouse was a two story square shaped brick structure designed by Charles Howland and built by George Tebo in 1839 to 1843. The second courthouse was constructed in 1866 to 1868. The structure was rebuilt after a fire as the third and present courthouse in 1939 to 1942 at a cost of $16,572. 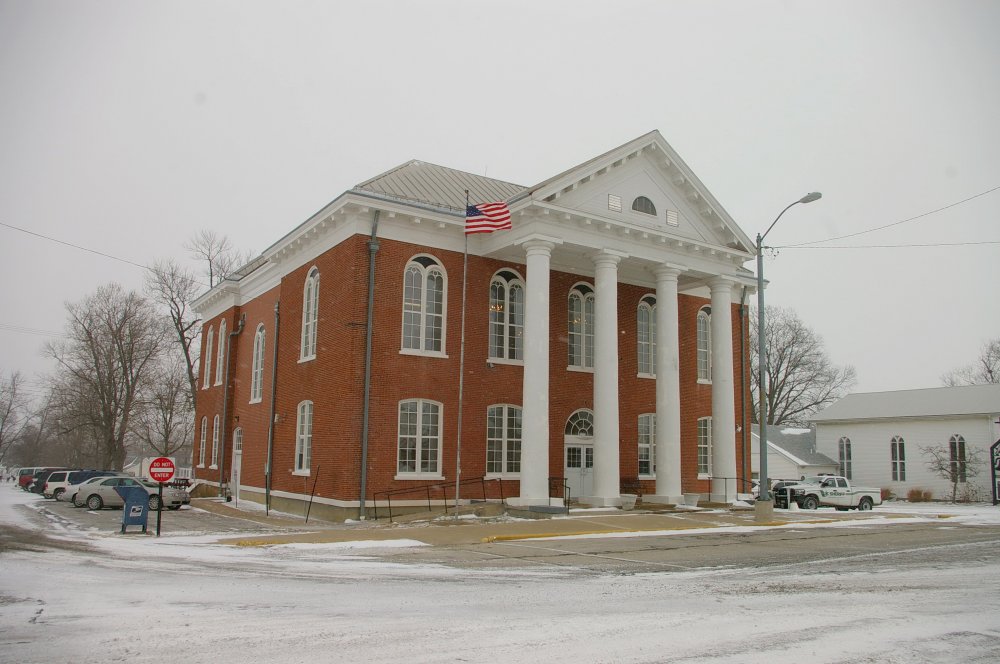 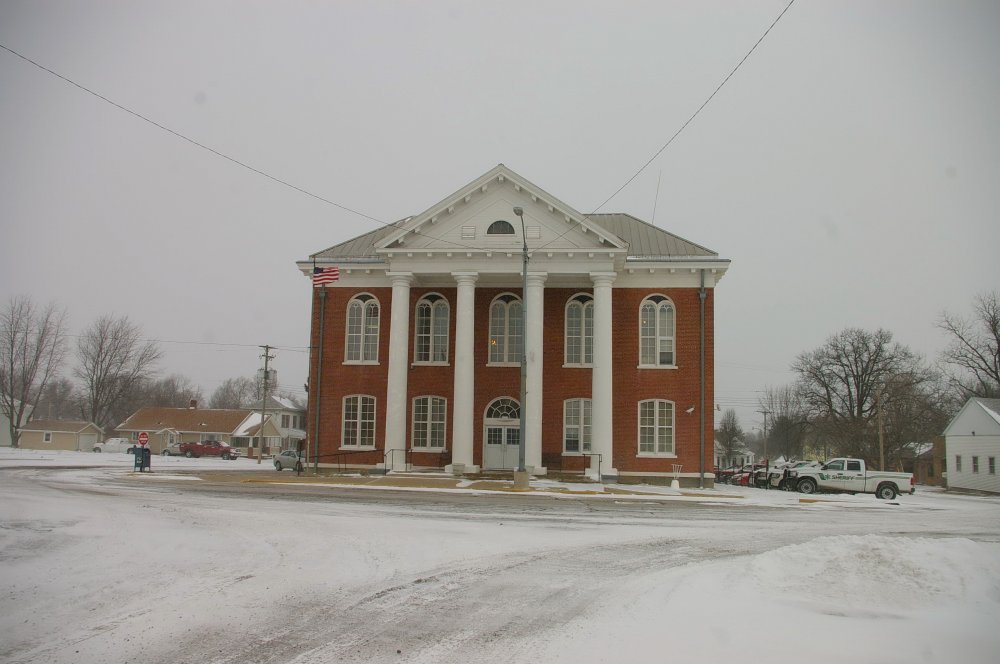 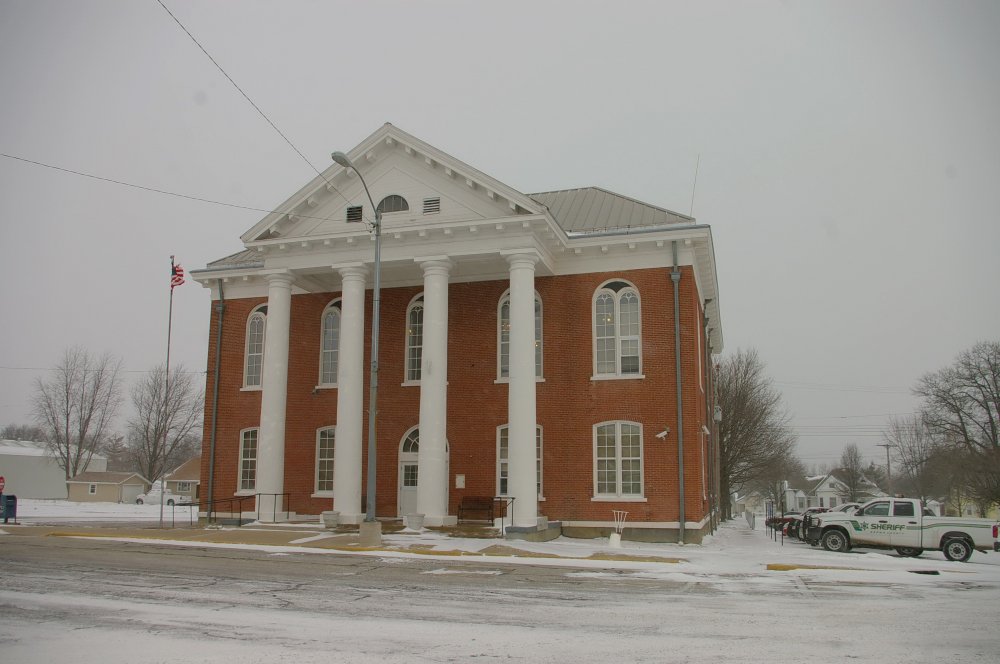 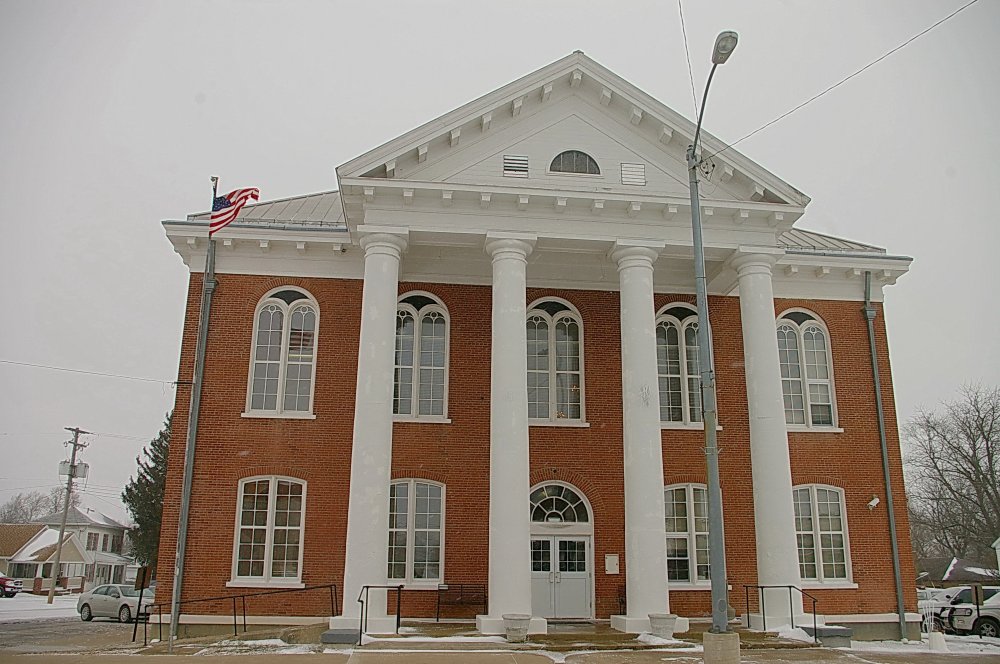 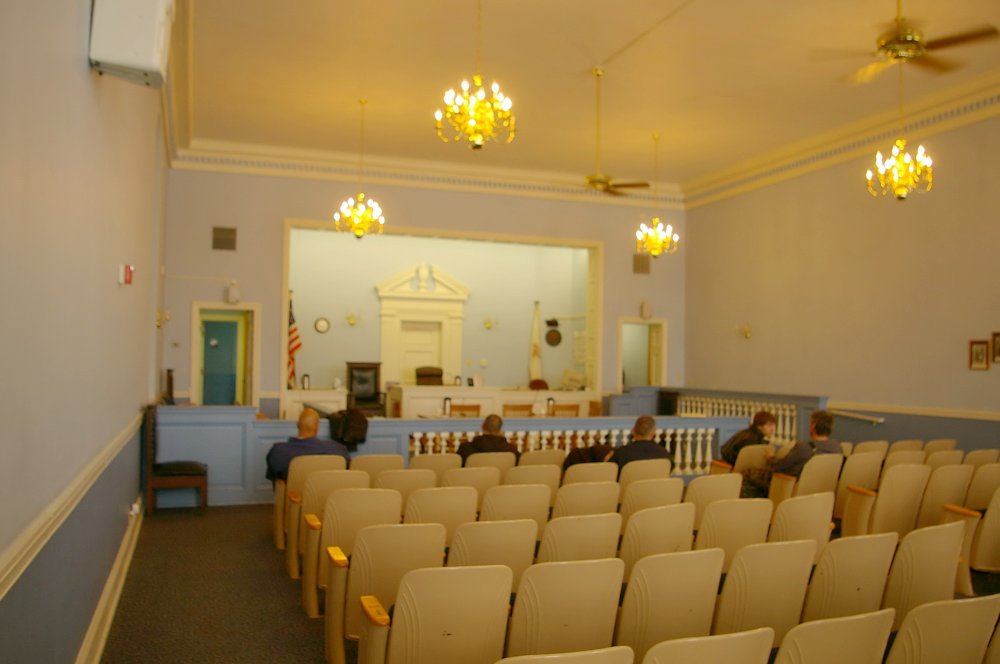 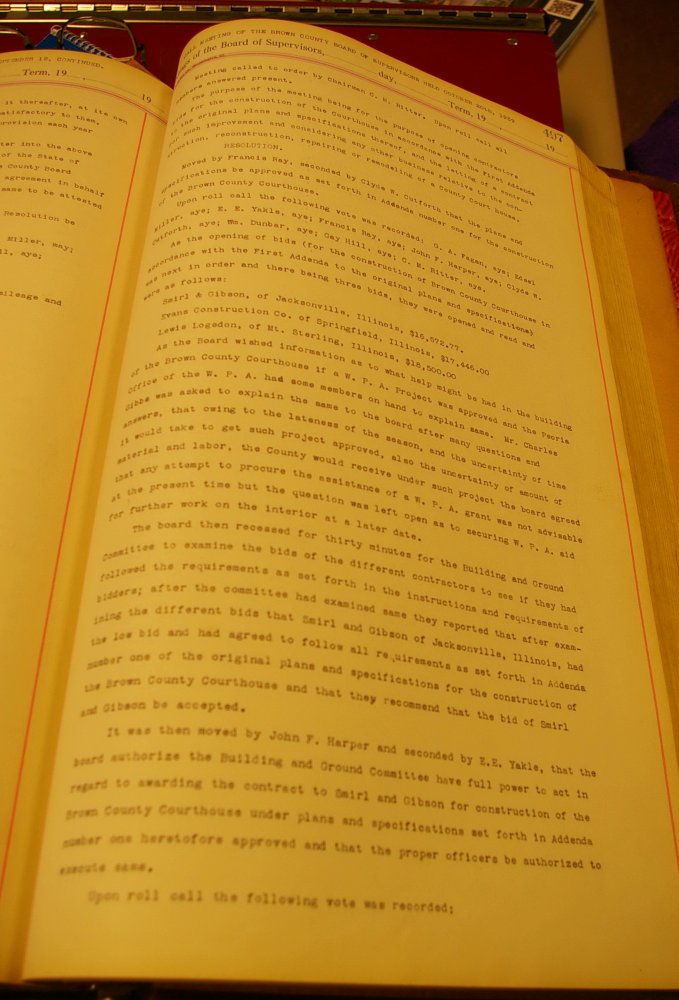 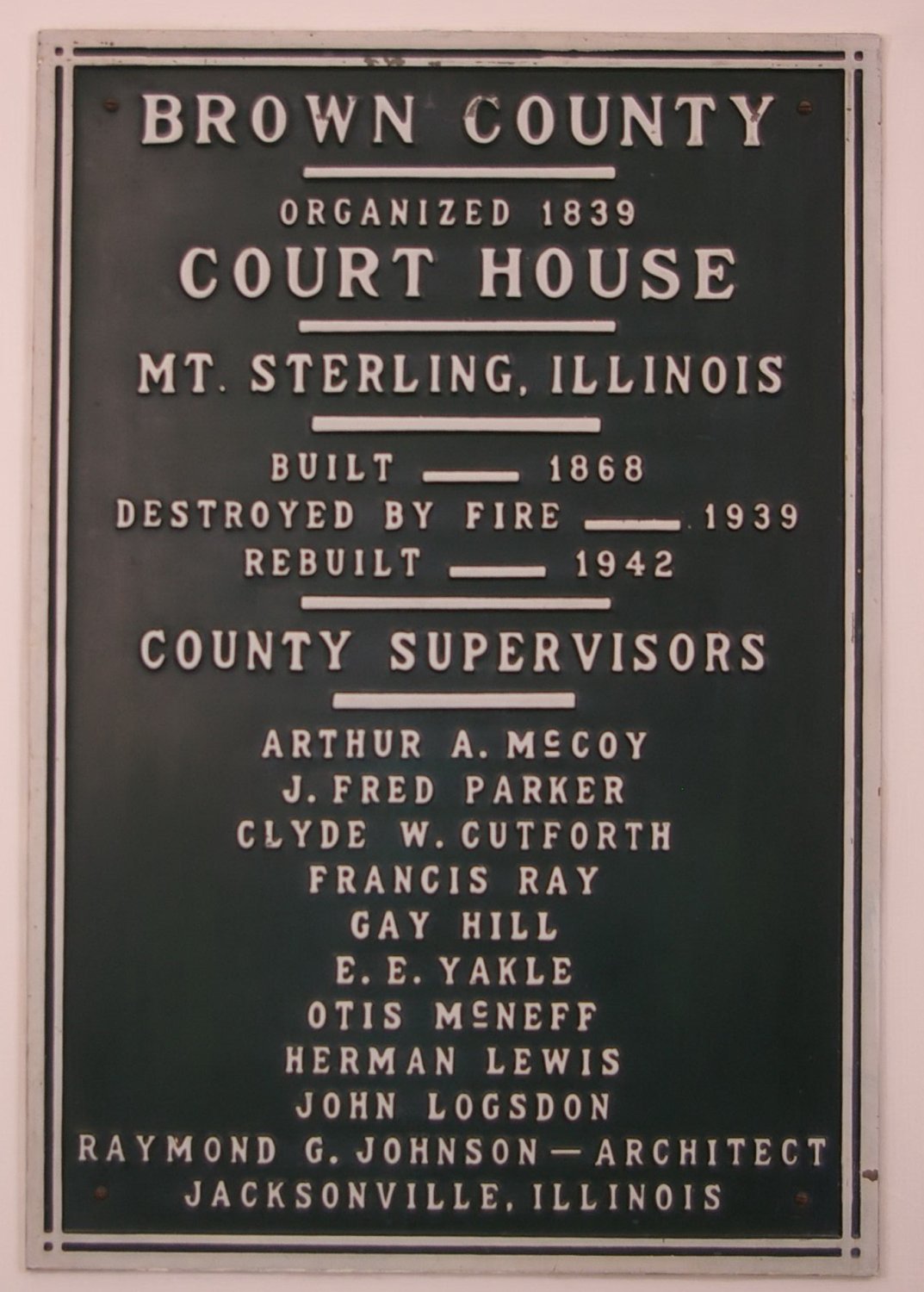