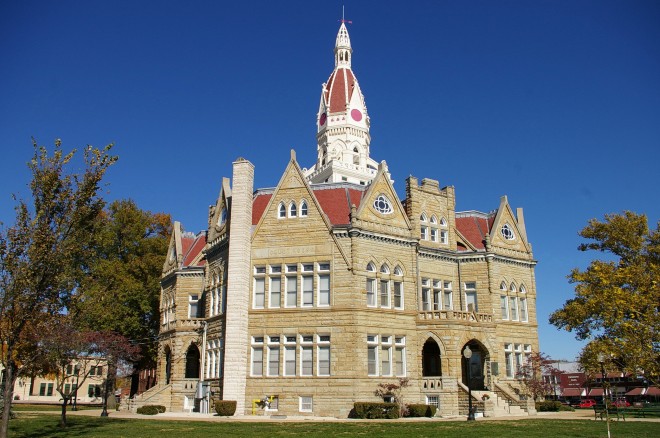 Pike County is named for Zebulon M Pike, who was a general in the war of 1812 and an American explorer. 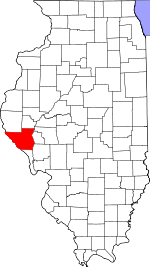 Description: The building faces south and is a two story buff colored course stone structure. The building is located on spacious landscaped grounds in the center of Pittsfield. The entrances have wide stone steps leading up to an arched stone portico with balustrade balcony above. The roof rises in peaks at the corners and above the entrances the stonework is flat along the top. In the building center is an octagonal high cupola with steep red colored roof and smaller white cupola at the top. 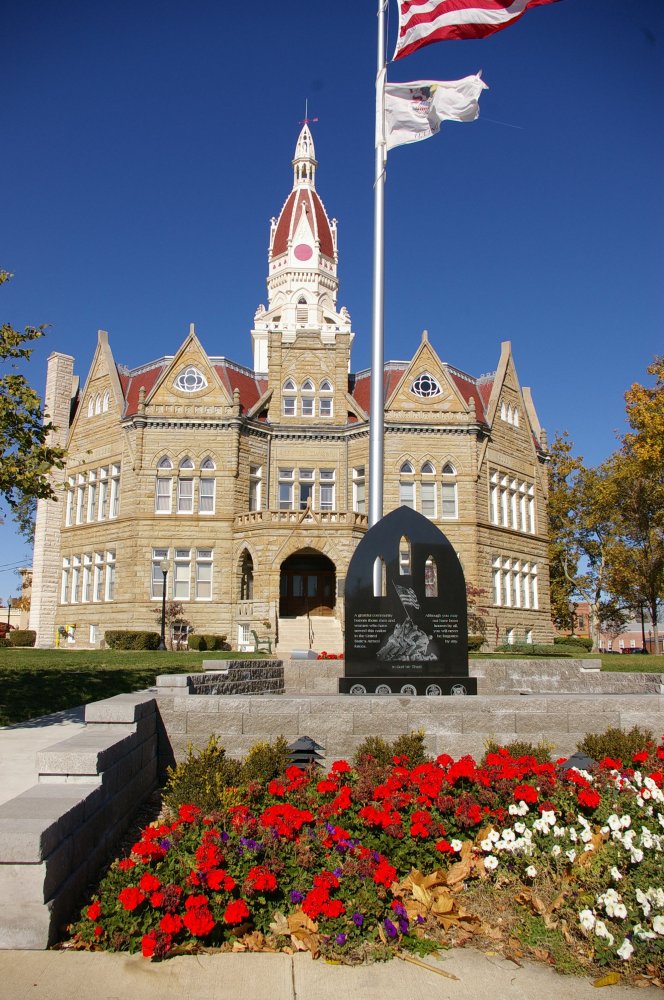 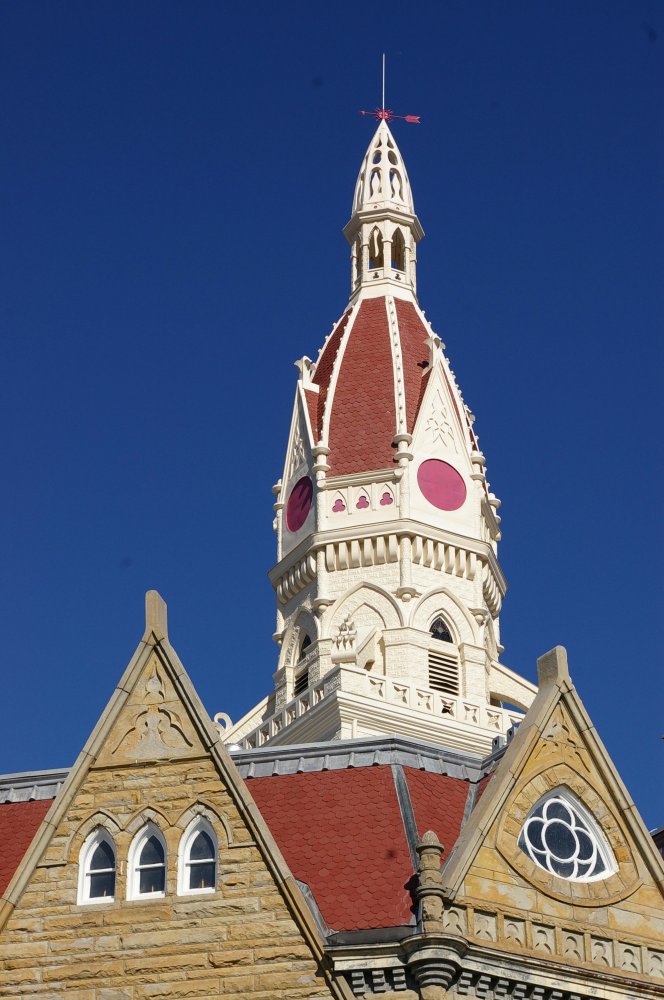 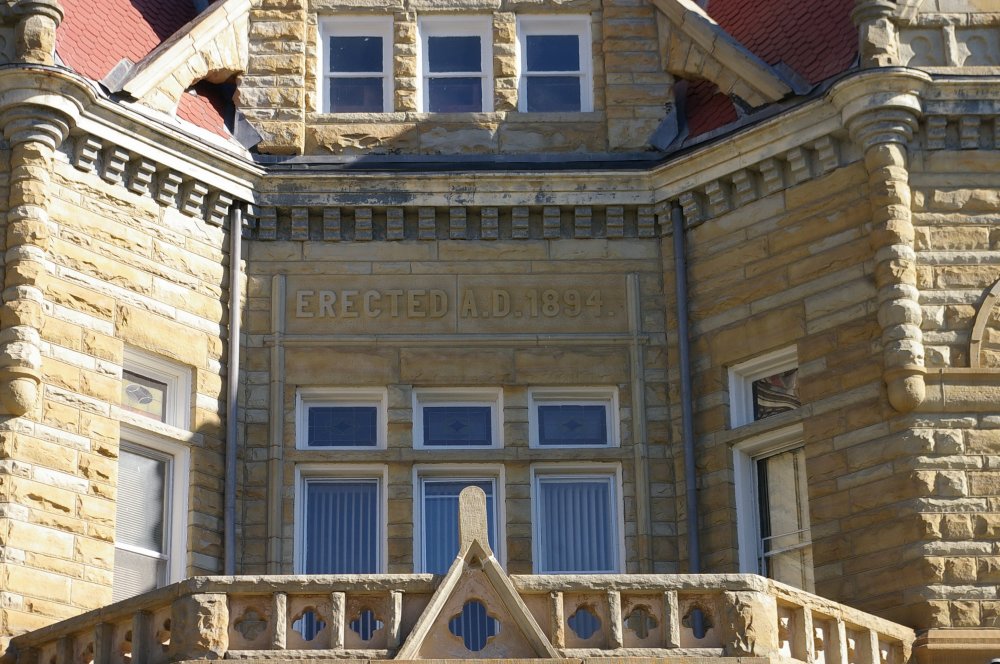