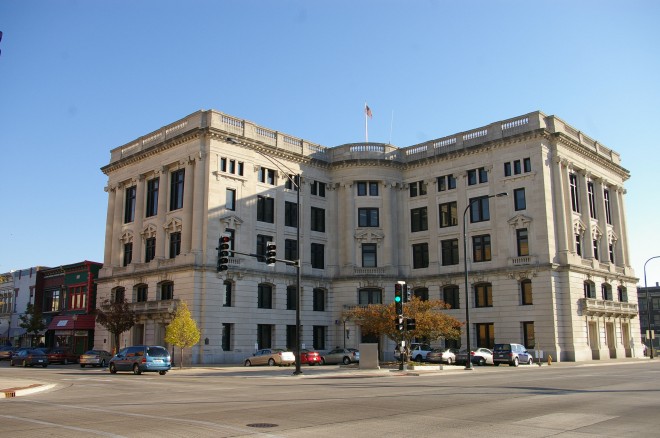 Vermilion County is named for the Vermilion River which flows through the county, and “vermilion” is the color of the red bluffs along the river. 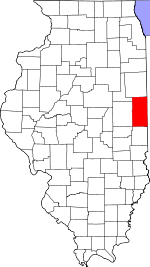 Description: The building faces southwest and is a five story stone and concrete structure. The building is located in the center of Danville. The building has a north and east wing which are joined in the centre with a rounded tower with the main entrance on the first story. There is horizontal stone on the first and second stories. A balustrade runs along the roof line. The windows on the fifth story are small. The interior has a soaring atrium and stained glass skylight and houses eight courtrooms. The building was named as the Rita B Garman Vermilion County Courthouse. The architect was C M Lewis and L F W Stueber and the contractor was M Yeager & Son. The building was renovated in 1986. The architect was Fischer-Stein Associates and Robert Hible. Description: The building faces west and is a three story brick, stone and concrete structure. The building is located in the center of Danville to the north of the courthouse..The building was originally the United States Post Office and Courthouse. 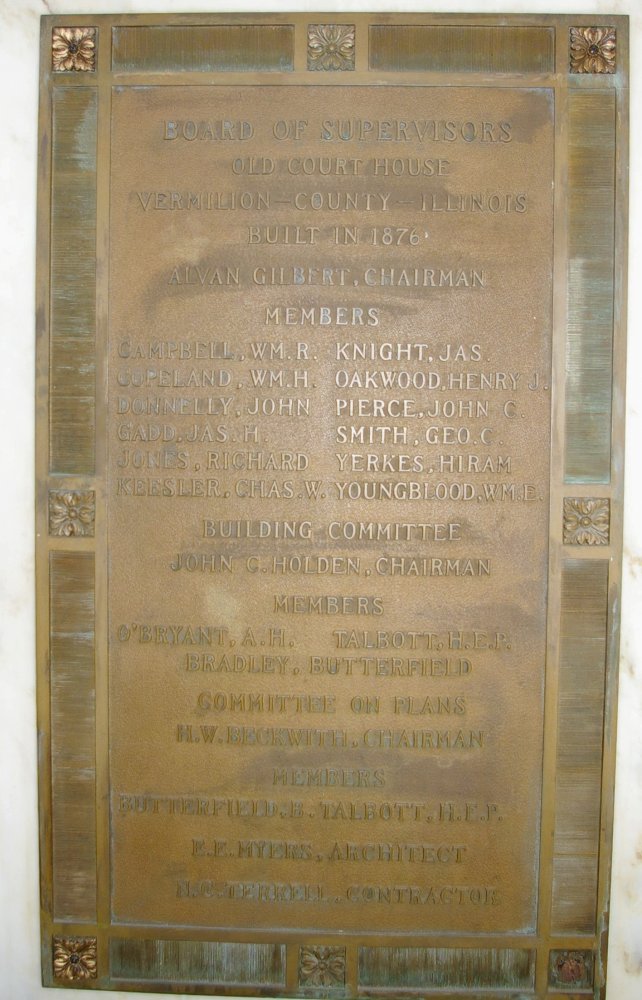 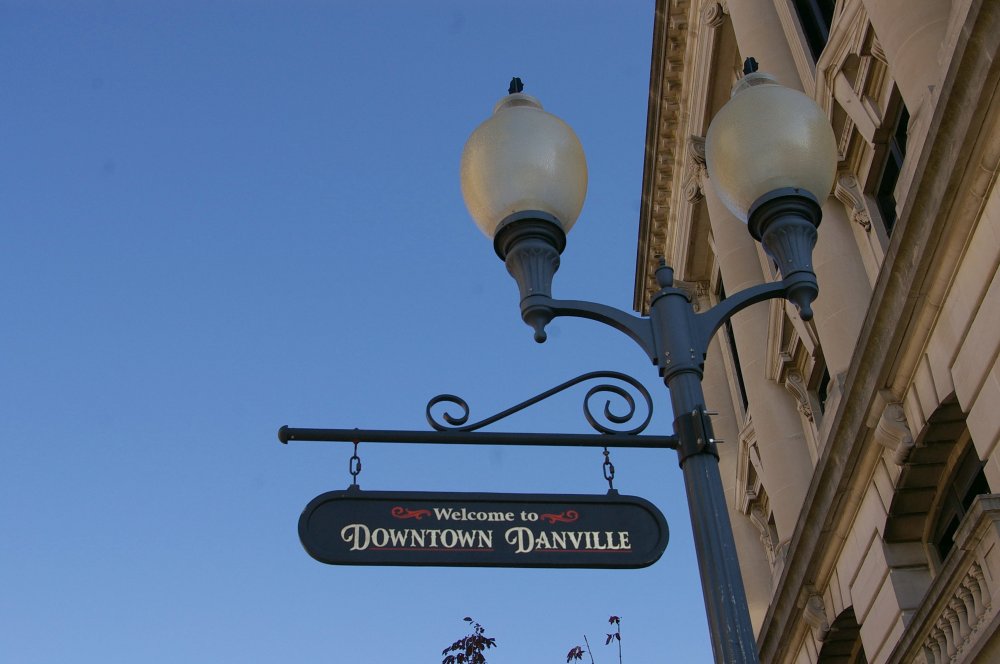