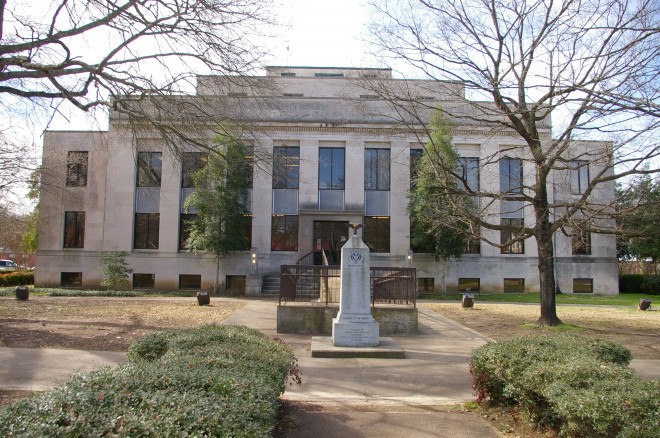 McNairy County is named for John McNairy, who was a judge of the United States District Court for the District of Tennessee.

Description:  The building faces northeast and is a three story gray colored limestone structure. The building is located on landscaped grounds in the center of Selmer. The northeast front has a central entrance framed with stone. There are vertical stone pilasters between the windows. The east and west wings are lower and the roof rises in three tiers. The courtroom is located on the second story. The building was renovated in 1996. The architect was Gil Carter and the contractor was Vanderheyden Construction Company.