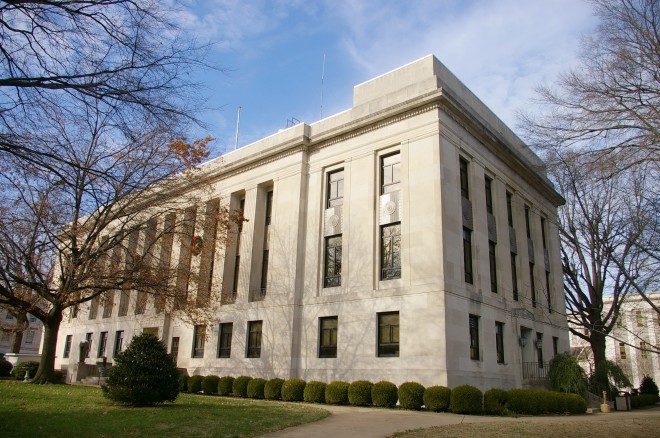 Madison County is named for James Madison, who was the President of the United States from 1809 to 1817.

Contractor:  Foster and Creighton of Nashville

Description:  The building faces north and is a three story cream colored limestone and concrete structure. The rectangular shaped building is located on landscaped grounds in the center of Jackson. The building has a stone framed entrance in the center. Vertical stone pillars divide the windows on the second and third stories. The roof line is flat. In the interior, there is an entrance lobby on the north side and the first story is a cruciform plan with a long corridor with stairwell on either end. The former Quarterly County Court courtroom, now a conference room, is located on the first story. On the second story, the Chancery Court courtroom is located on the northwest side and the Circuit Court courtroom is located on the southeast side. The Circuit Court courtroom has tan colored terrazzo tiles, birchwood moldings, plaster walls and the ceiling has cream colored plaster with white colored guiloche molding. The judge’s bench is on the north side. On the third story is a courtroom that was formerly the Supreme Court courtroom. The jail was formerly housed on the fourth story. The building houses the County Chancery Court of the 26th Judicial District. The building was a Work Projects Administration project. 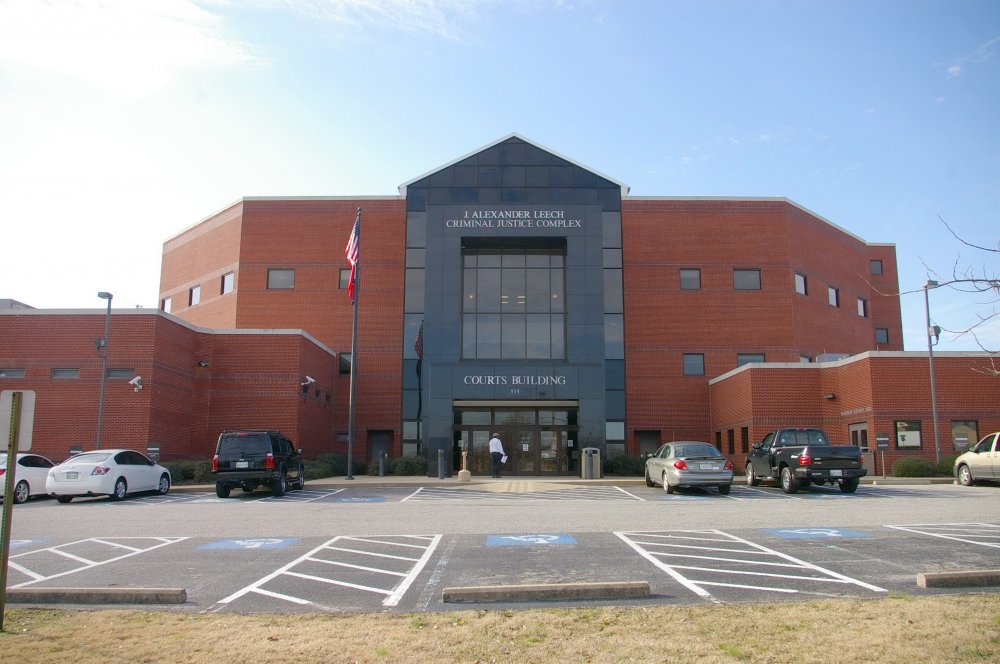 Description:  The building faces east and is a three story red colored brick, stone, concrete and glass structure. The building is located on landscaped grounds in the center of Jackson to the south of the courthouse. The center section of the building is hexagonal with four one story wings extending at each corner. The east front has a large black polished stone center section with glass entrance on the first story and large window sections on the second and third stories. And then rises to a peak. There are low north and south wings which extend from the main building. The roof line is flat. The building houses the County Circuit Court and County General Sessions Court – Division I of the 26th Judicial District.

Description:  The building faces east and is a two story red colored brick and concrete structure. The rectangular shaped building is located on spacious landscaped grounds to the east of the center of Jackson and east of the courthouse. The east front has a central portico with four columns rising to a pediment at the roof line.  The north and south corner sections project slightly. A wide cornice runs below the fat roof line. The building houses the County General Sessions Court – Division II Probate and County Juvenile Court of the 26th Judicial District. The building is named as the Walter Baker Harris Juvenile Court Building. The building was formerly Barton Hall constructed by the West Tennessee University after the previous building was destroyed by fire in 1912. In 1957 the building was transferred to Union University and then in 1982 transferred to the County.

See: Located in the county is the Tennessee Supreme Court – Jackson. 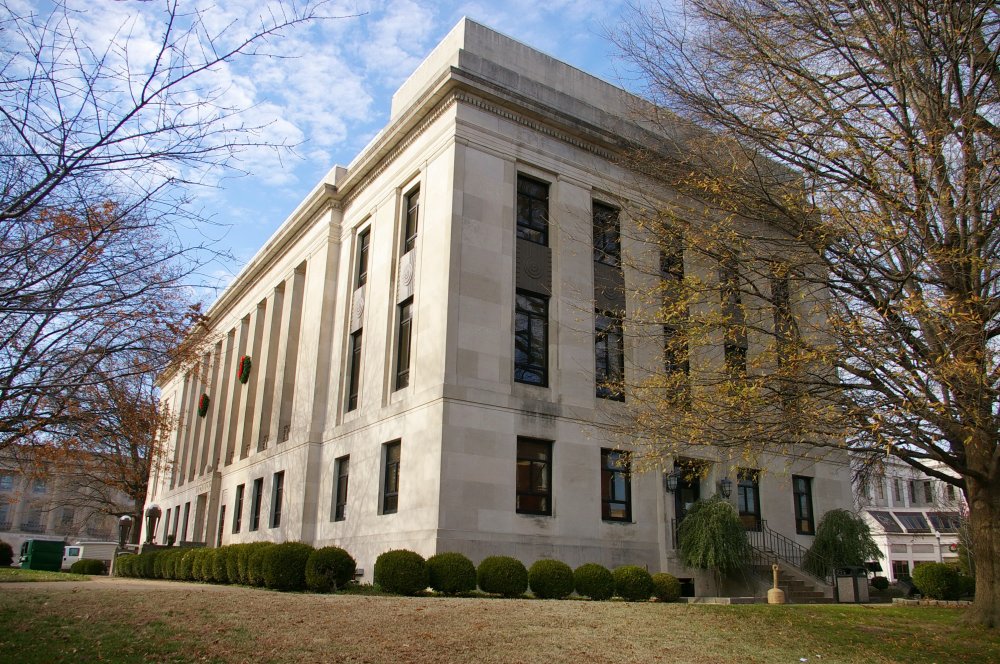 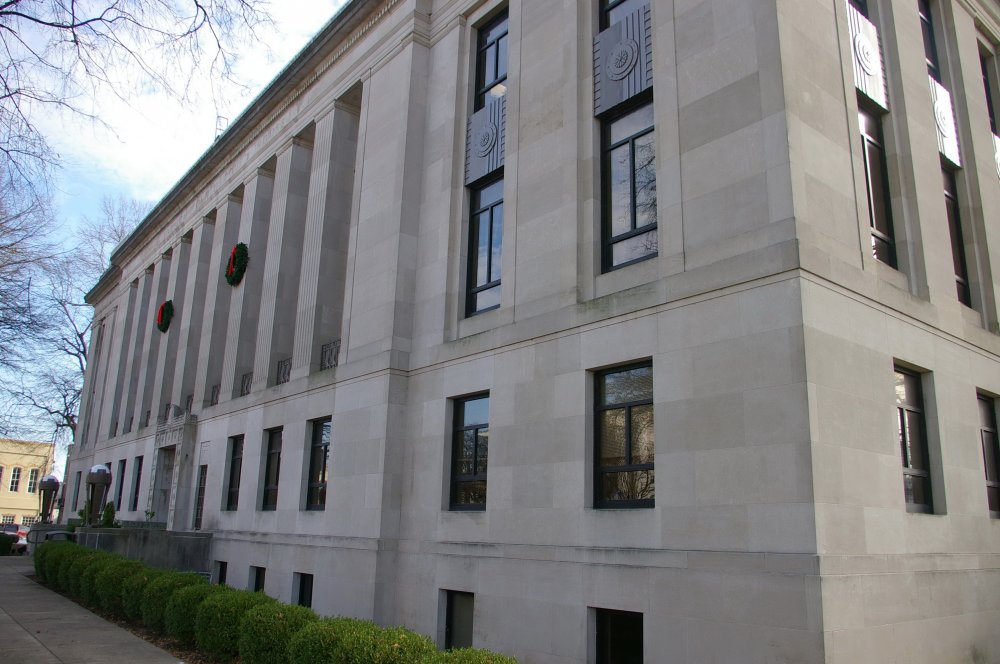 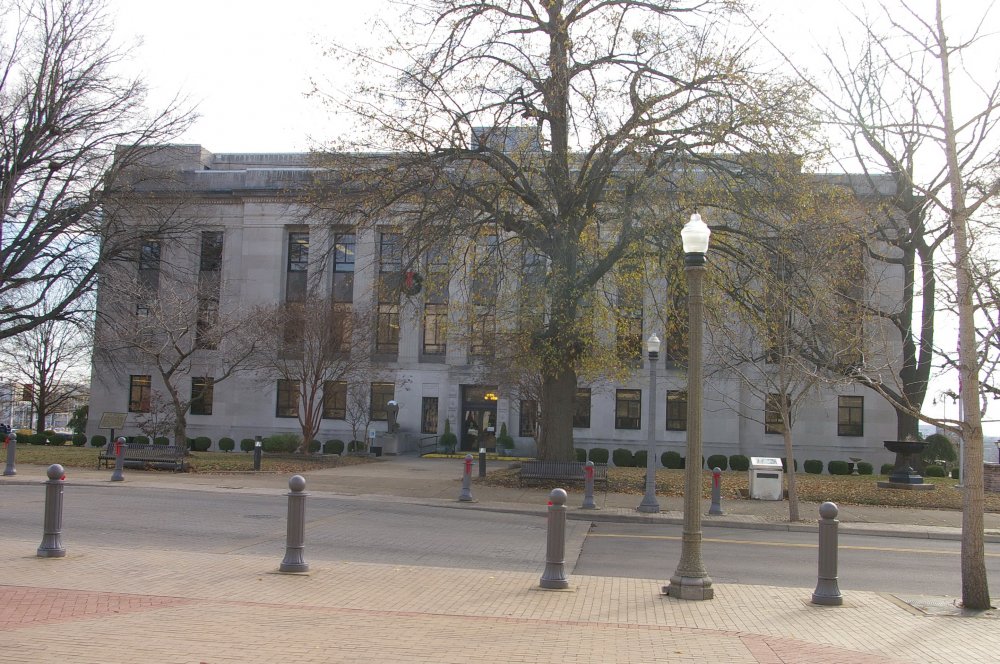 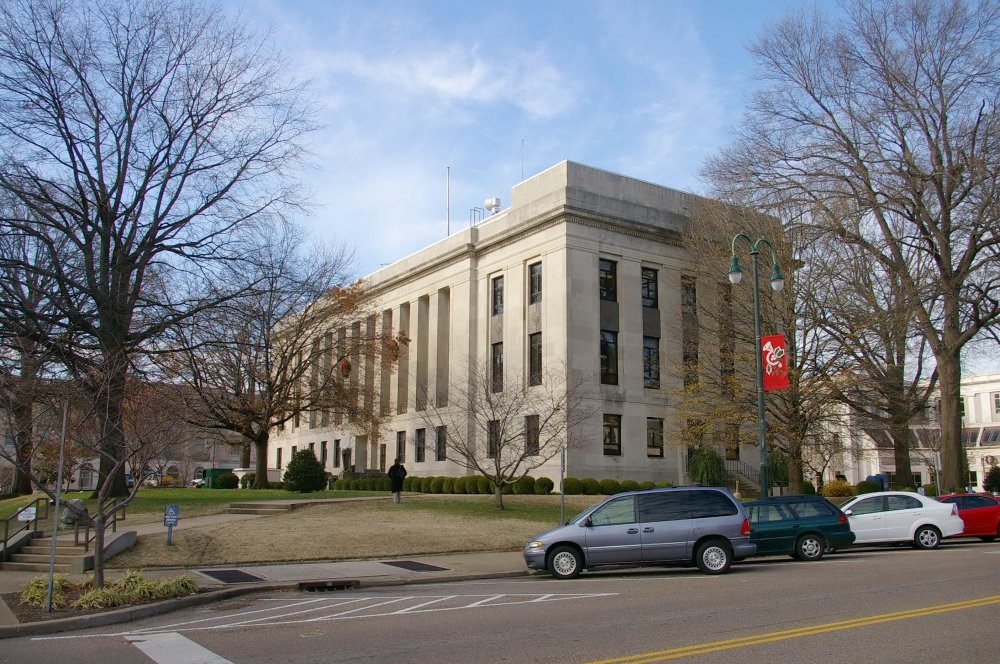 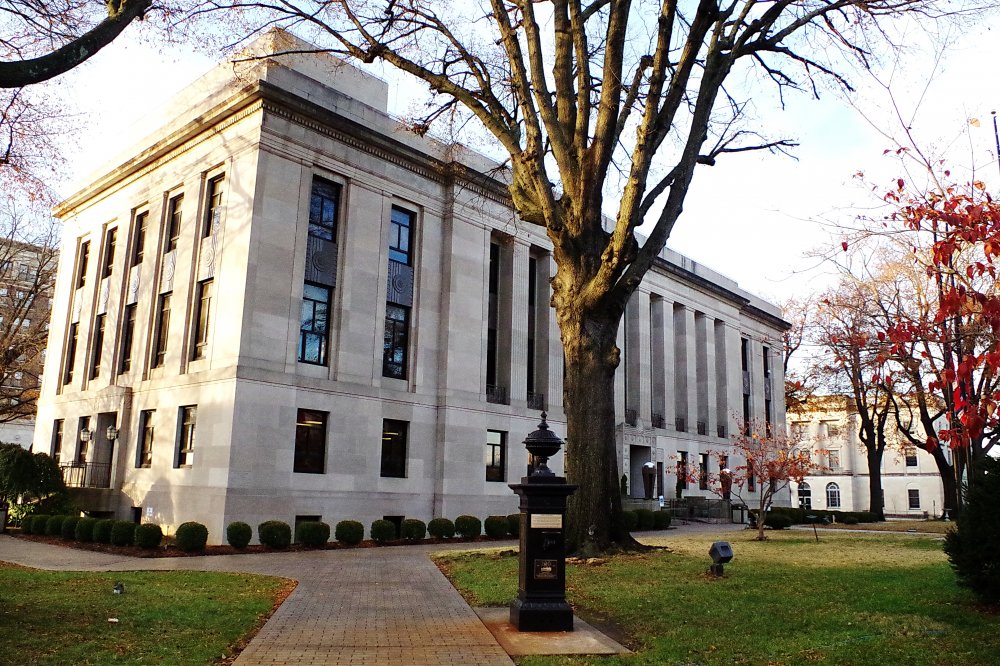 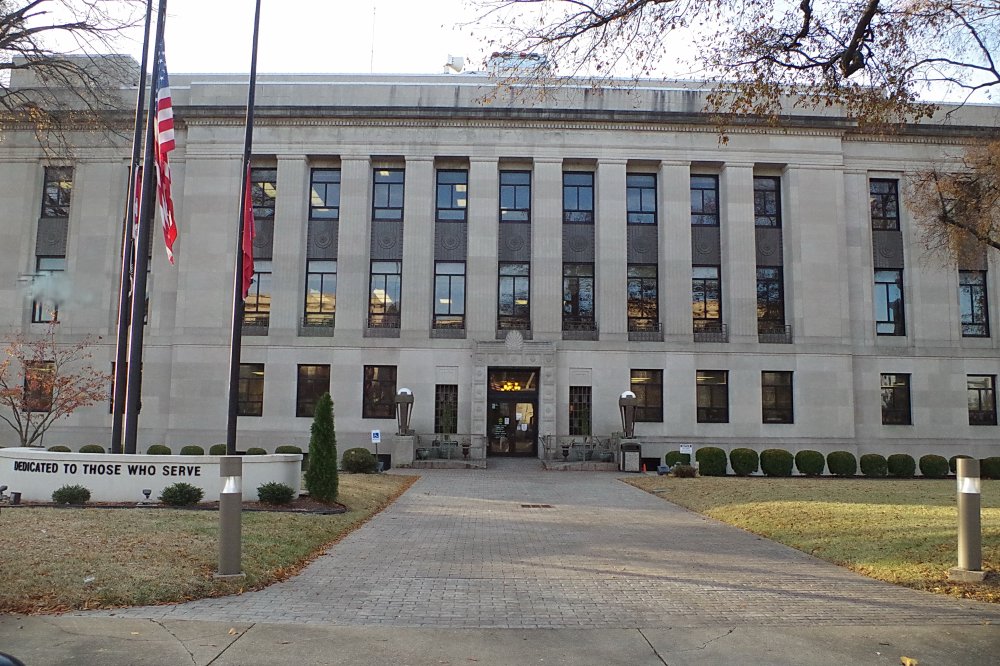 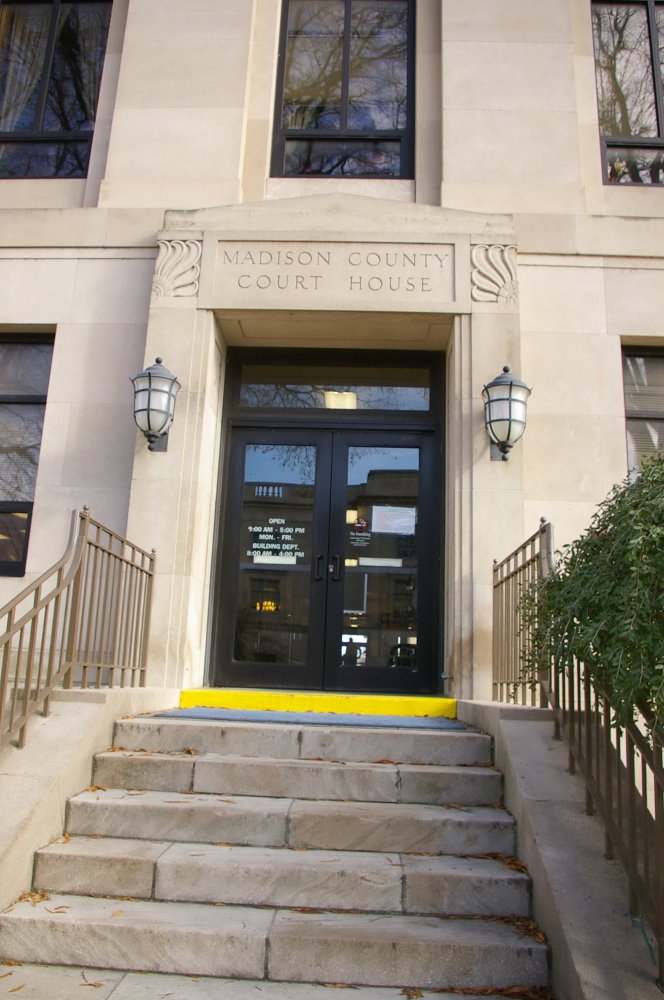 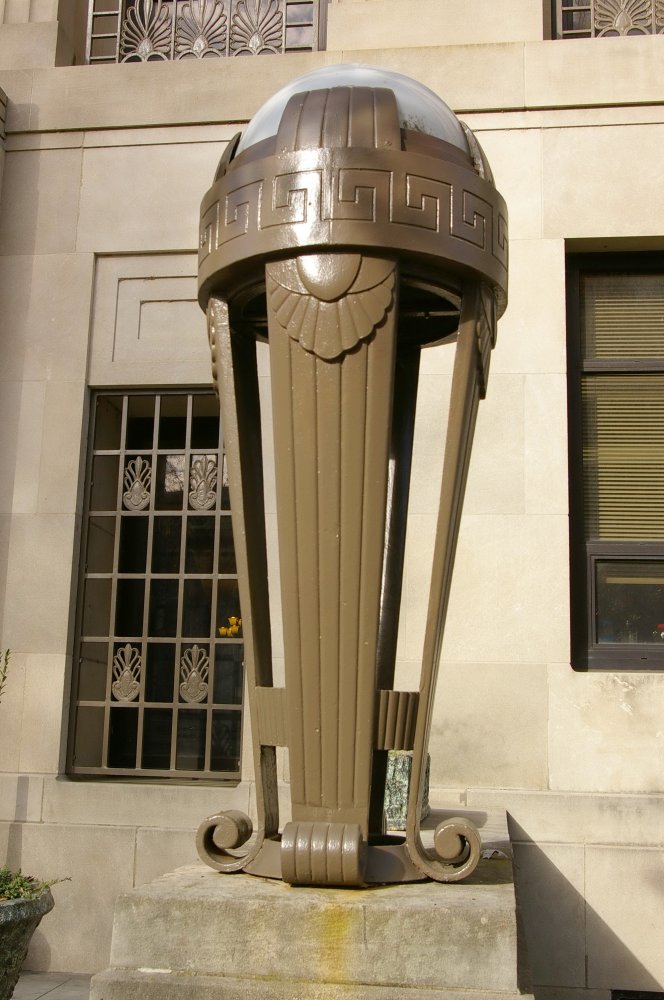 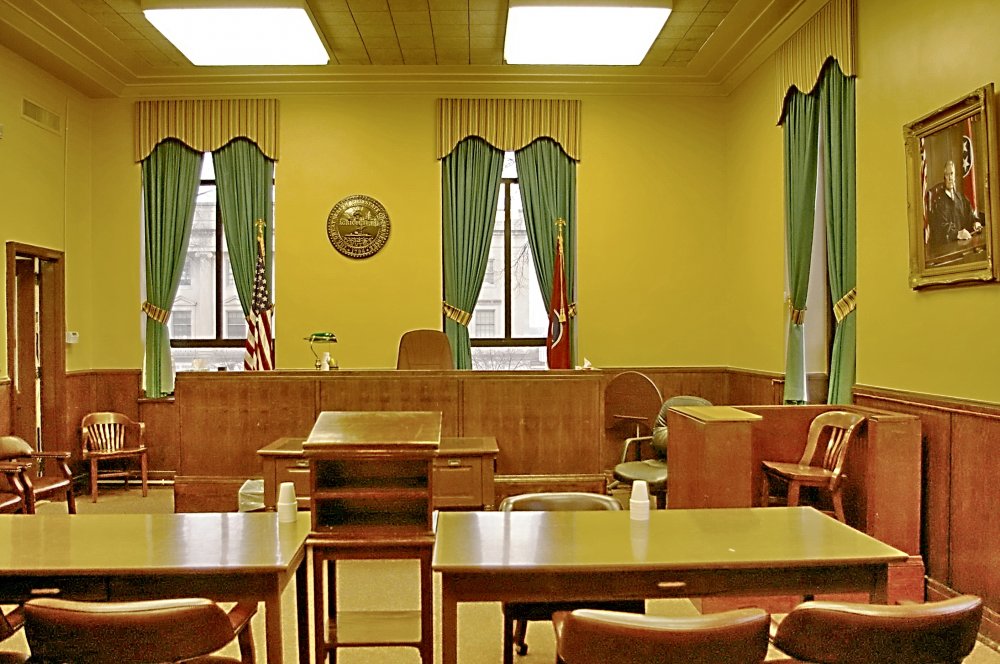 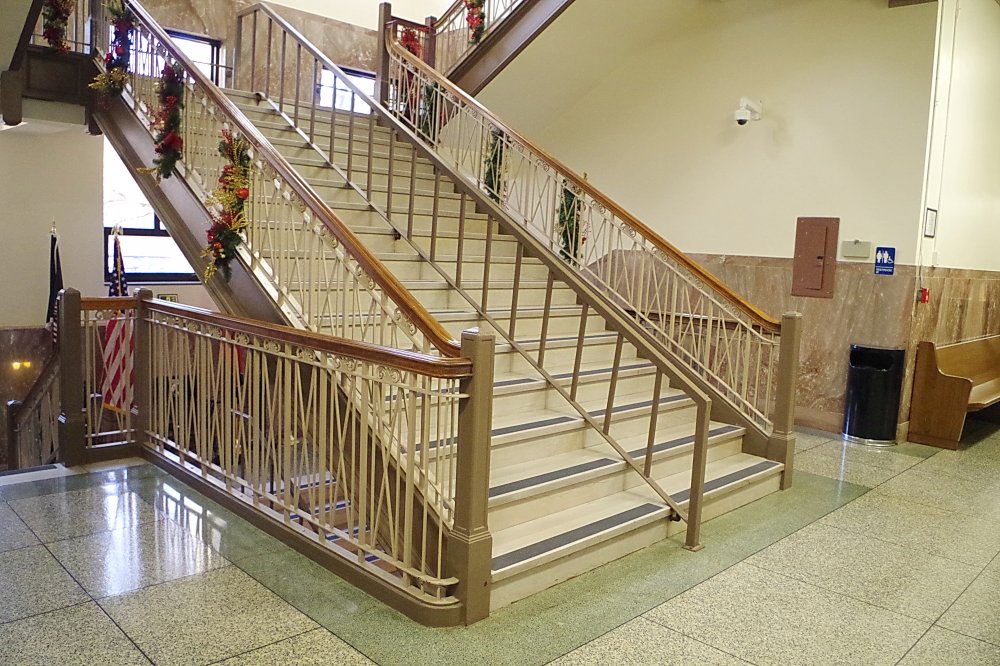