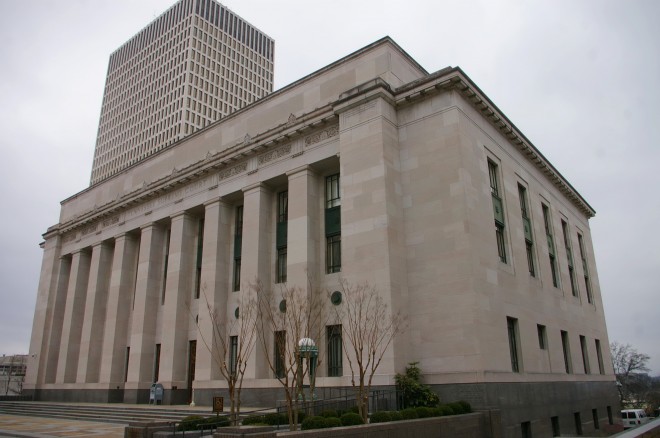 Description:  The building faces east and is a three story limestone and concrete  structure. The building is located west of the State Capitol in the center of Nashville. Bronze light standards which emit vertical shafts of light upwards, illuminate the steps leading to the building. On the first floor off the lobby is the impressive Supreme Court room which is patterned after the U. S. Supreme Court in Washington. The building is a square building and is faced with limestone, more specifically a bioclastic grainstone from eastern Tennessee. The surface of the rock on this building has been etched sufficiently by acidic rainwater that the bioclastic grains are quite evident, so that one can see that this is defintely a limestone – it retains the fossiliferous texture that would be lost in metamorphism. The stone is nonetheless marketed as “Tennessee Marble” from quarries around Knoxville, because it polishes to a shiny pinkish-brown. The building contains the Supreme Court and the Court of Appeals which use the same courtroom. There is an eastern division and western division.

See:  The Supreme Court Building is located in Davidson County. 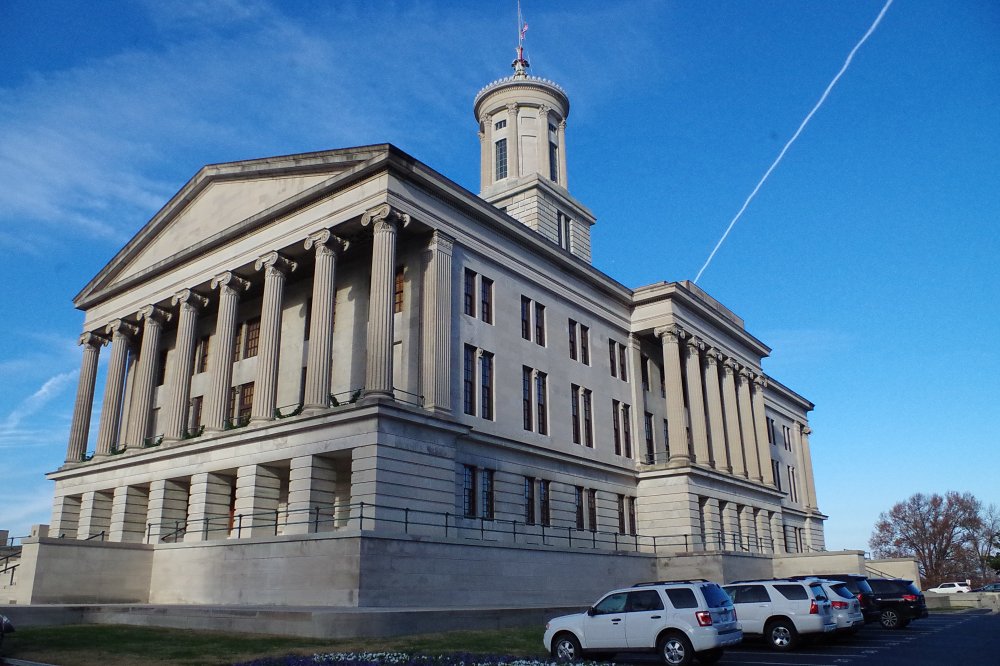 Description:  The old Supreme Court Chamber is located at the northeast corner of the first story of the Tennessee State Capitol. The building faces east and is a three story limestone and concrete structure.  The construction was completed by local masons and laborers. In 1937 and 1938, the area was divided into offices with masonry walls. In 1988, the former  chamber was restored to the way it looked in 1850′s. The Supreme Court occupied the chamber until 1936 when the Supreme Court Building was constructed. 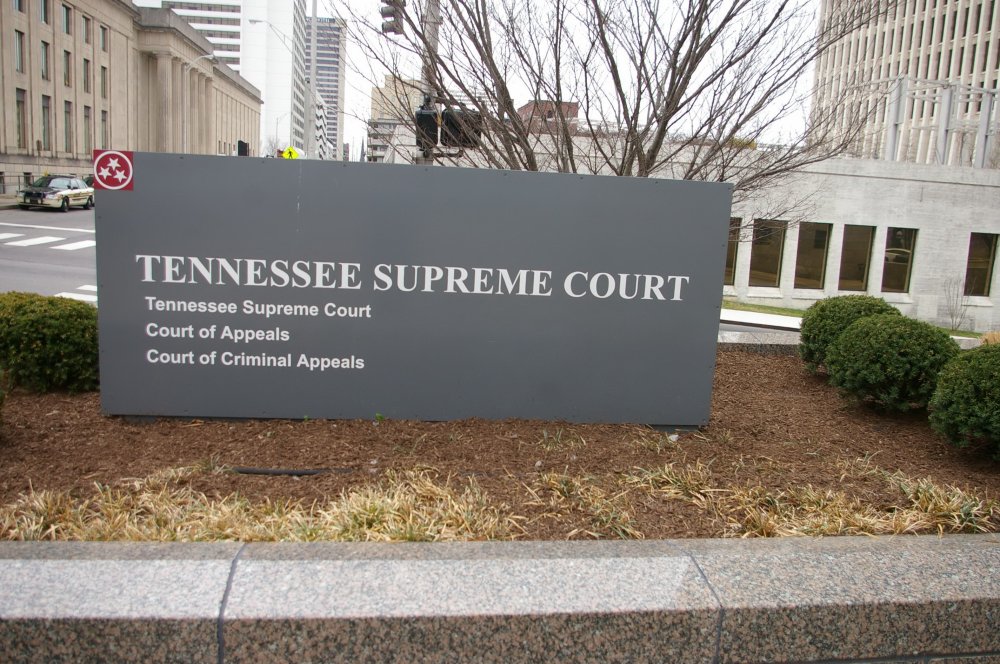 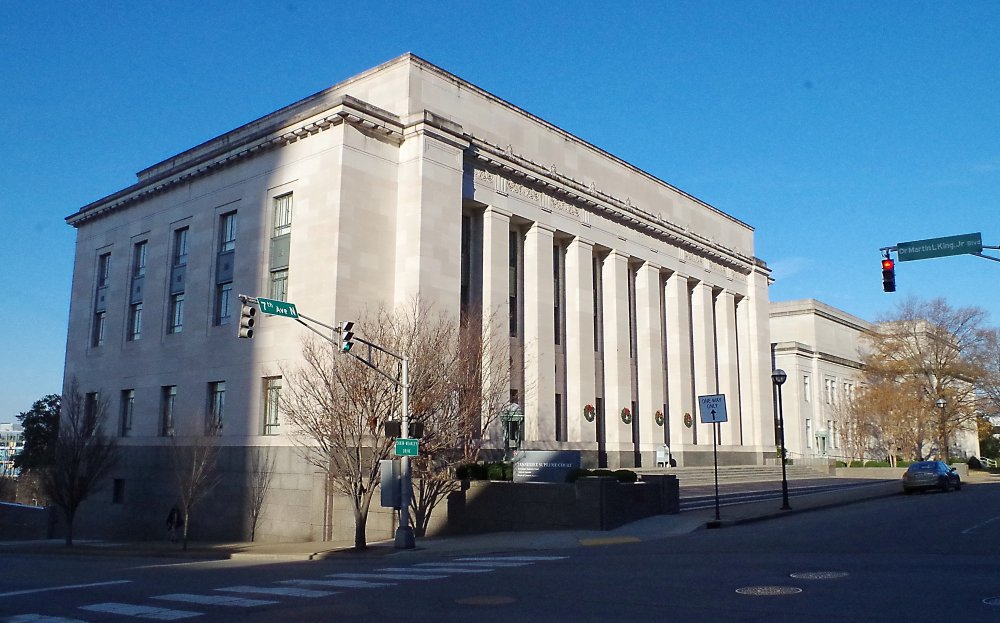 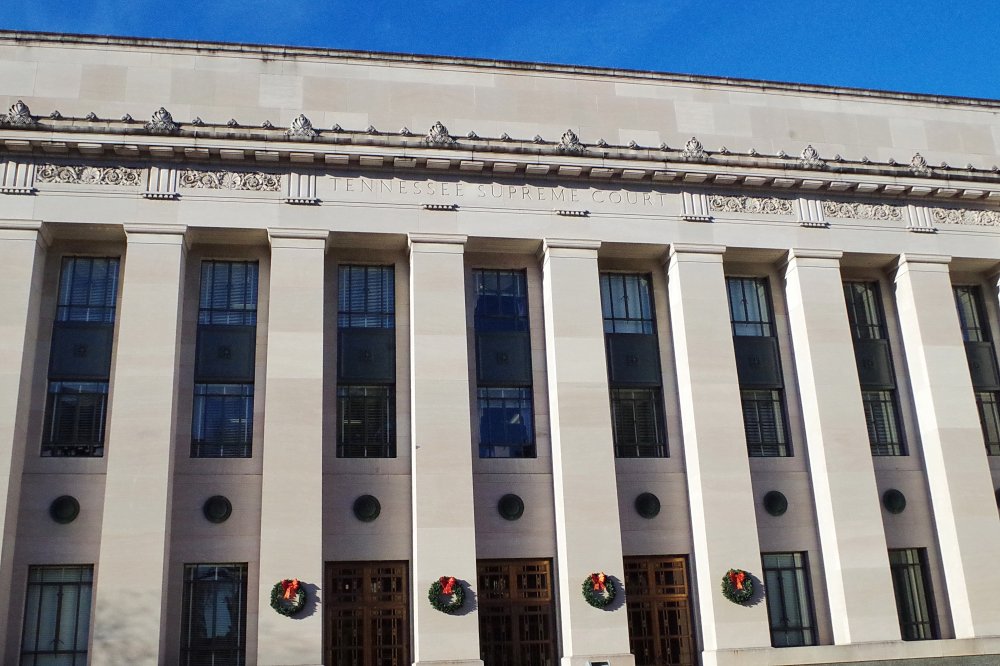 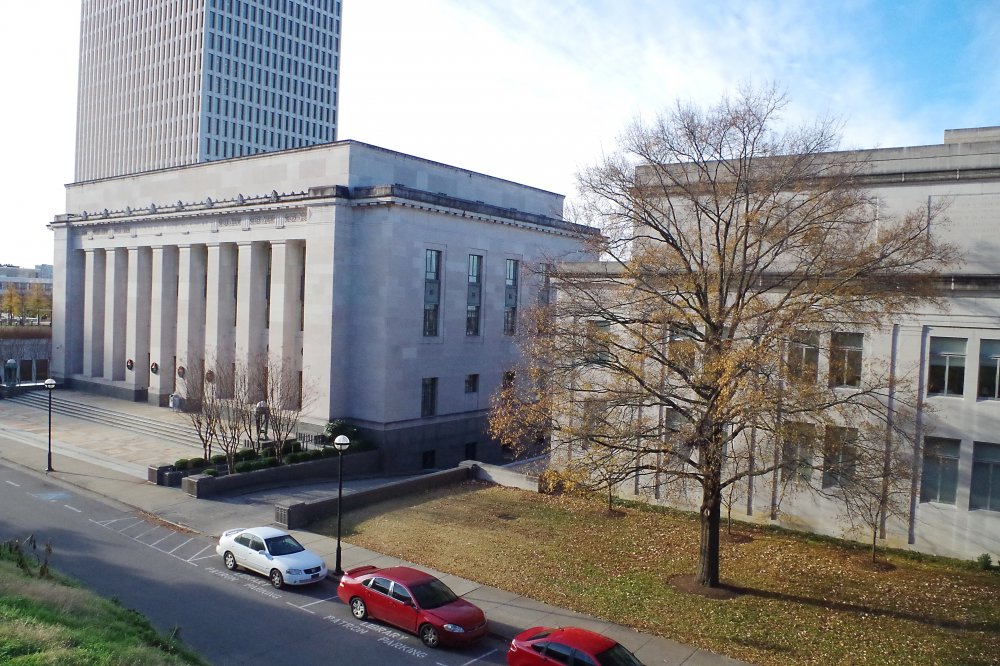 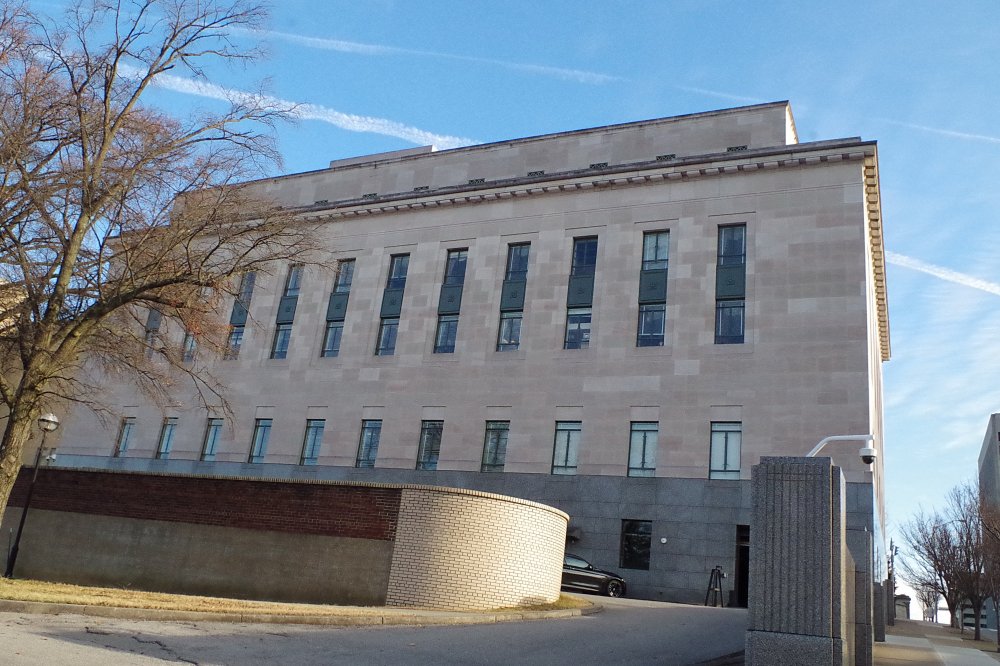 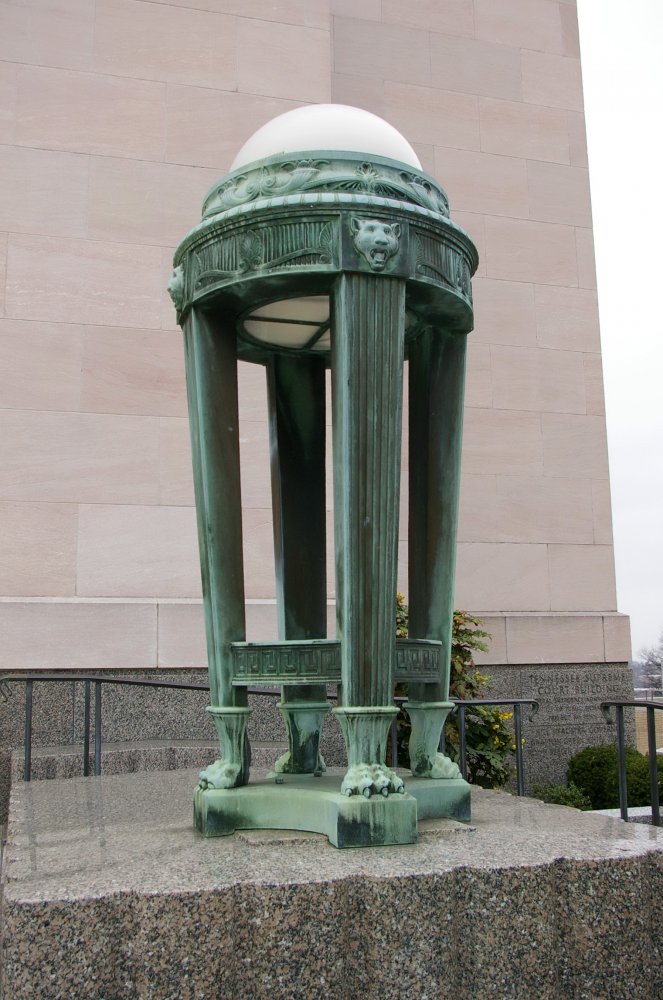 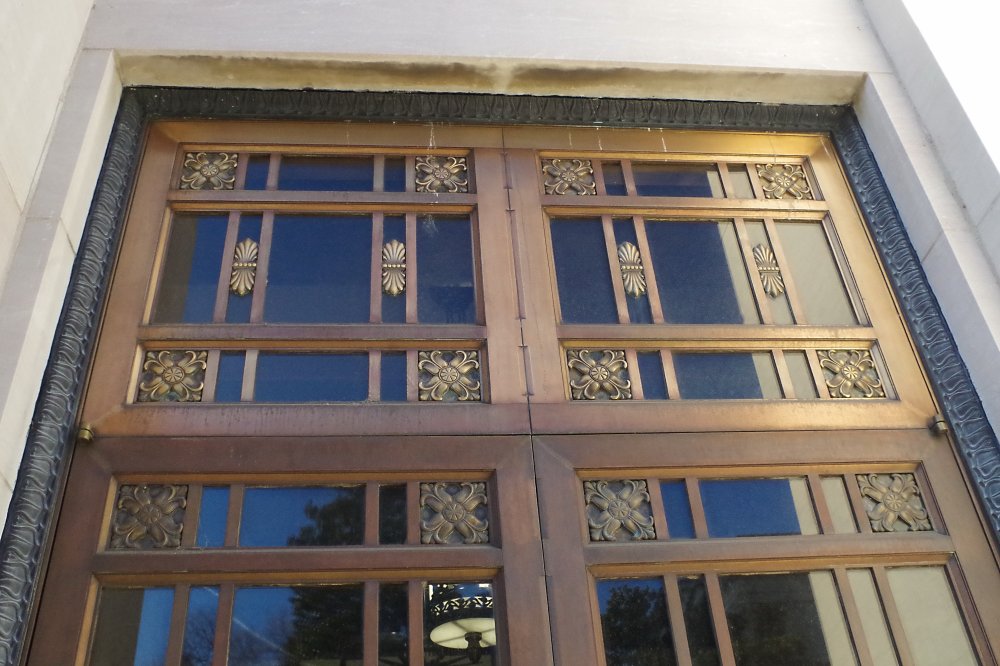 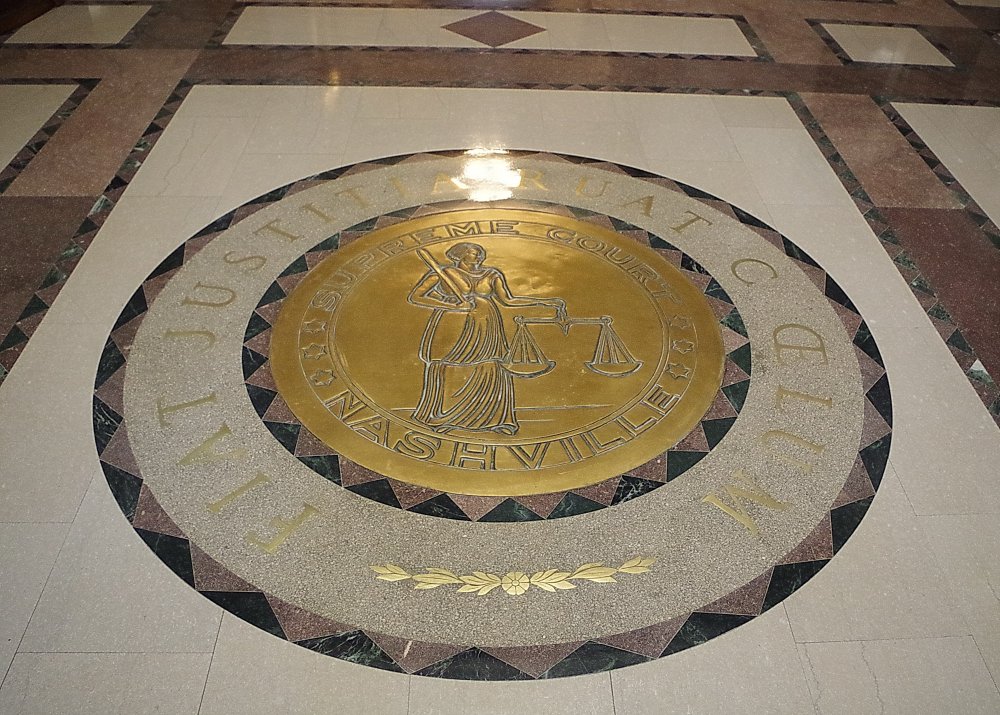 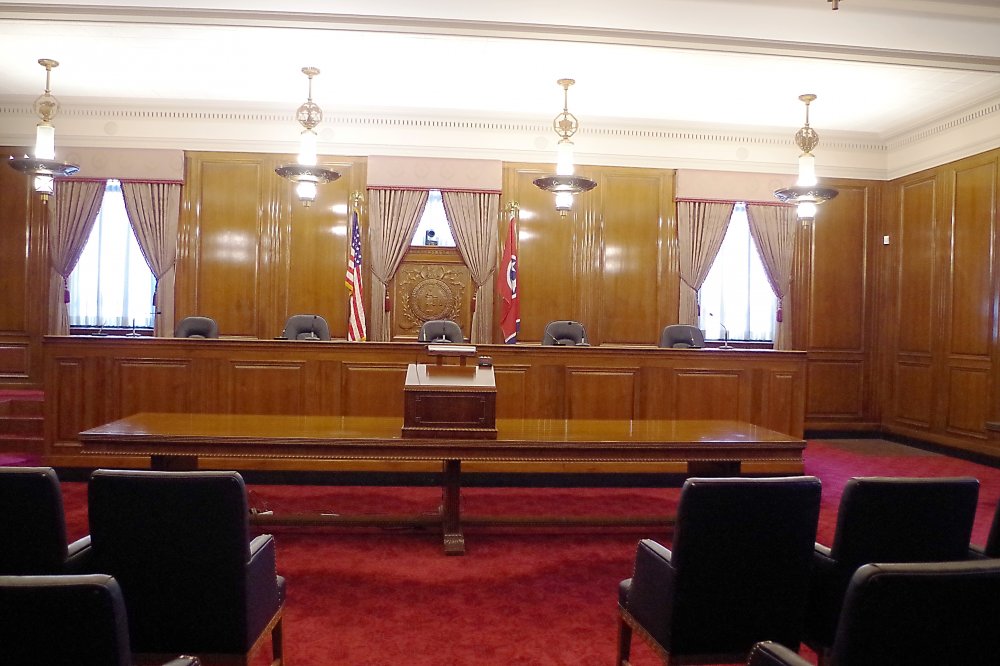