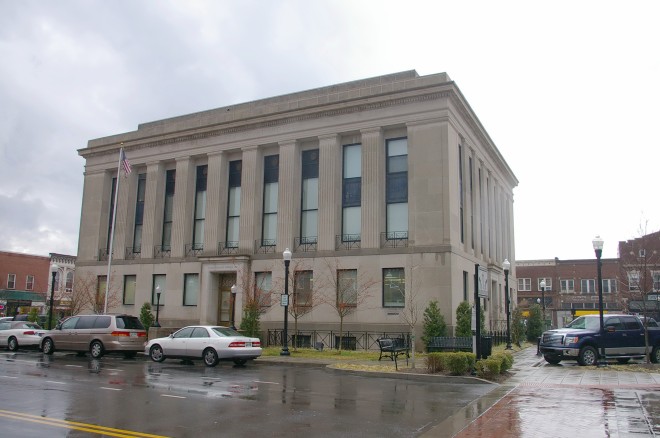 Sumner County is named for Jethro Sumner, who was an American colonist who defended North Carolina against the British in 1780.

Description:  The building faces south and is a three story gray limestone and concrete structure. The building sits in the center of the Public Square in the center of Gallatin. .All the sides of the building are similar with vertical pilasters between the windows on the second and third stories. The central entrances are framed. A wide eave runs along the flat roof line. In the interior, there is a grand staircase ascending to the second story where the courtroom is located. The building houses the County Circuit Court, County Chancery Court and County Criminal Court of the 18th Judicial District. The building was a Work Projects Administration project. The building was renovated and remodeled from 1972 to 1975. The architect was Howard Nielson Thomas Miller Aldred Henry & O’Brien if Nashville and the contractor was Martin R Curtis Construction Company of Hendersonville. 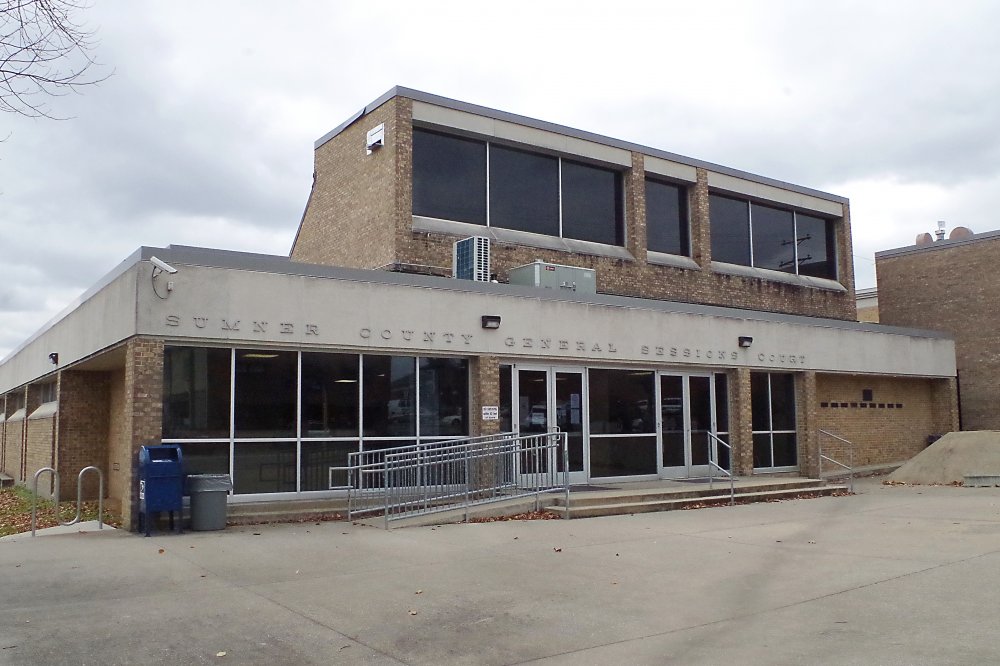 Description:  The building faces north and is a two story buff colored brick, concrete and glass structure. The building is located to the south of the courthouse in the center of Gallatin. The north front has glass walls on the first story with a central entrance. A wide horizontal concrete section runs at the roof line of the first story. The second story is recessed with several rectangular sections. The roof line is flat. The two courtrooms are located at the center of the first story. The building houses the County General Sessions Court and County Juvenile Court of the 18th Judicial District.

Built:  Contruction has not started

Description:  The building will face south and will be a five story red colored brick and concrete structure. The building will be located to the south of the courthouse in the center of Gattatin on the site of the First Baptist Church. The cost is $109,000,000.. 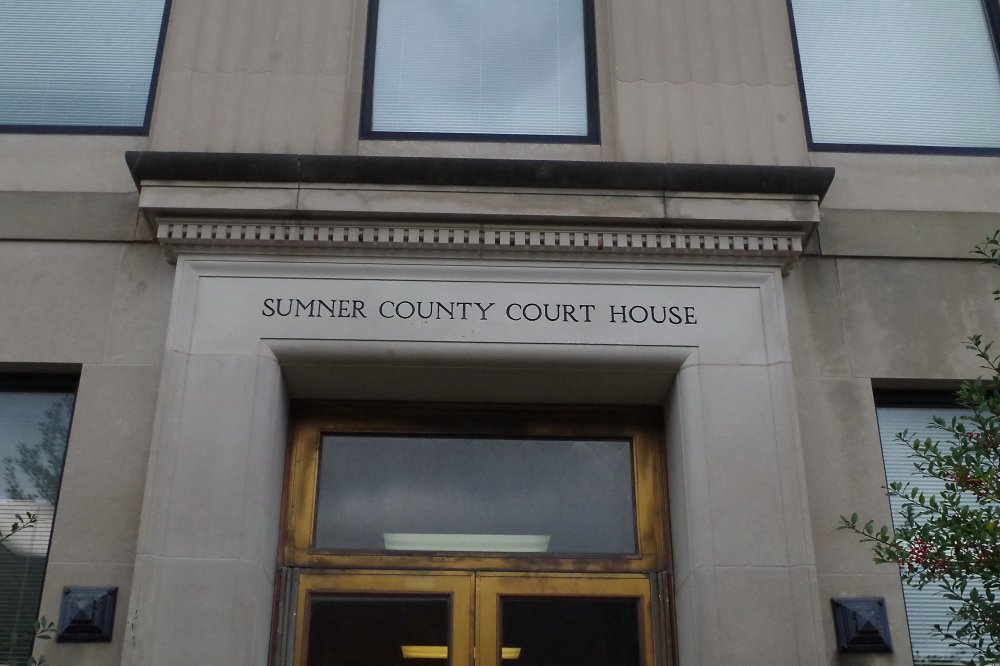 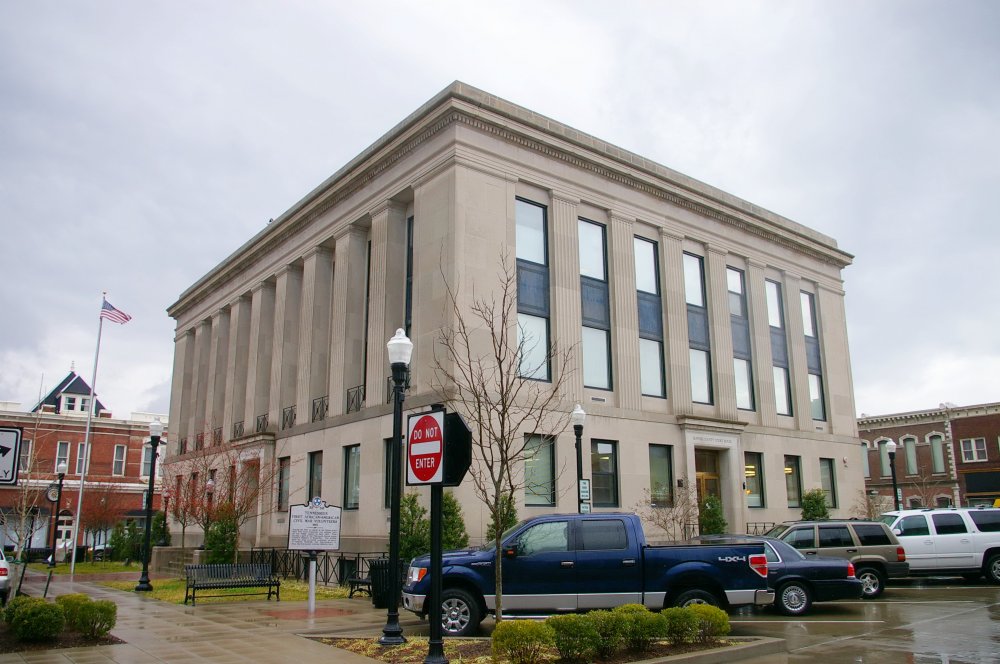 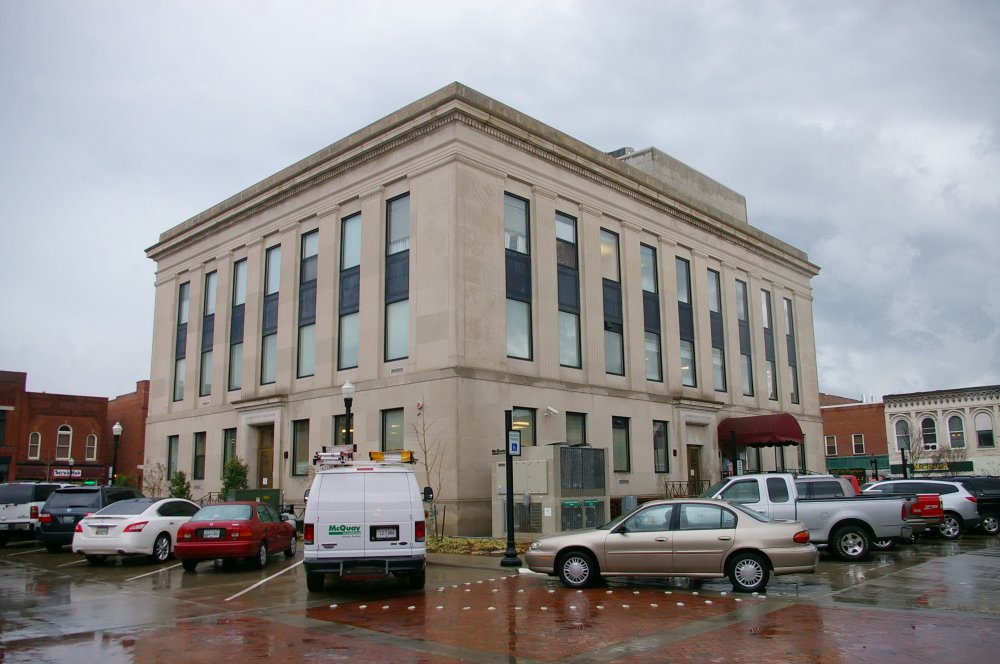 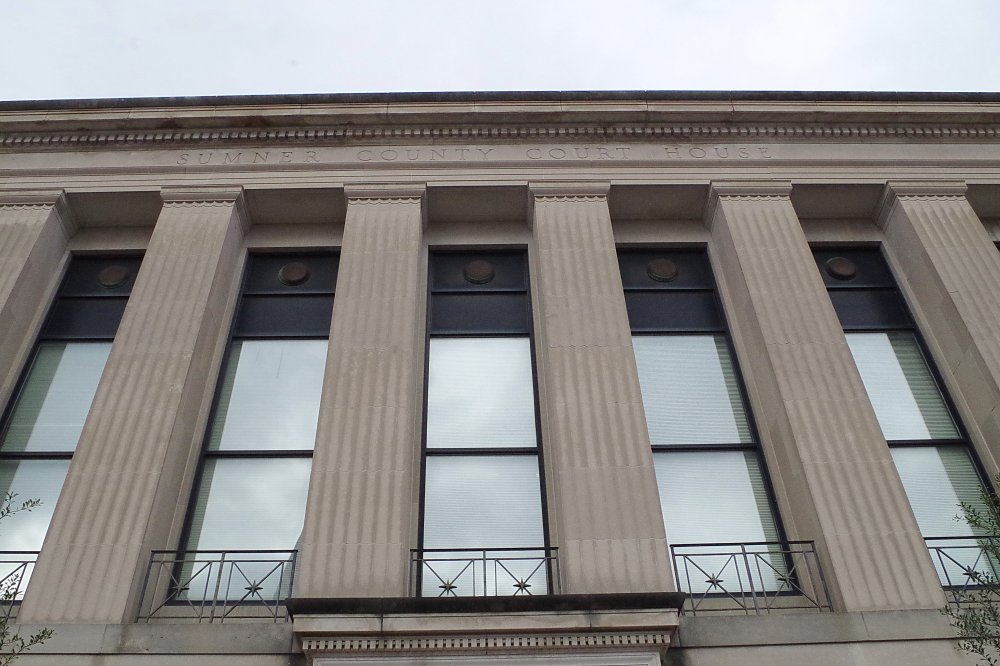 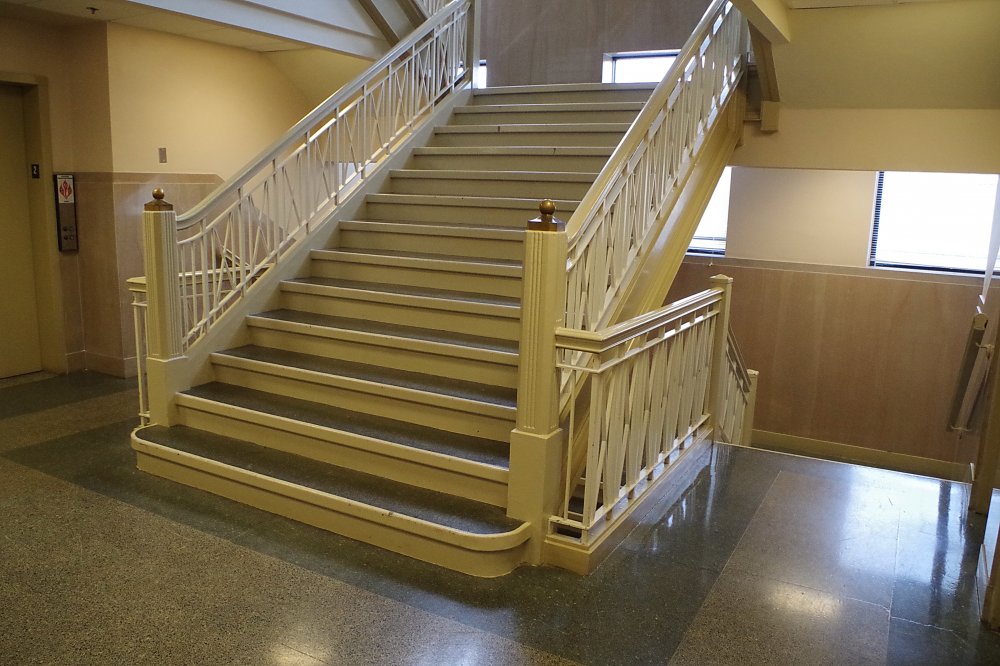 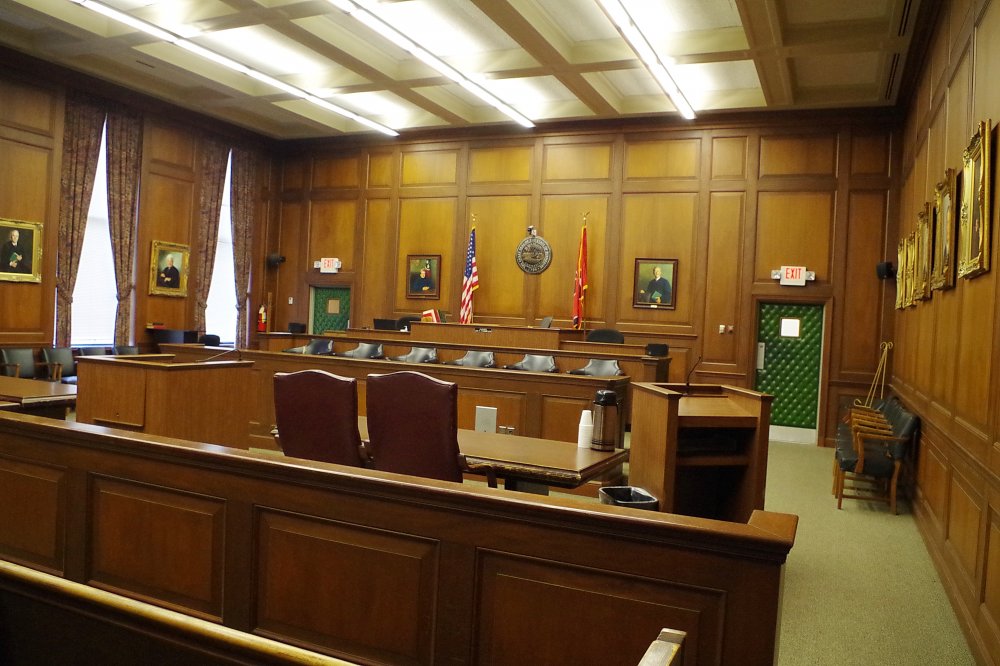 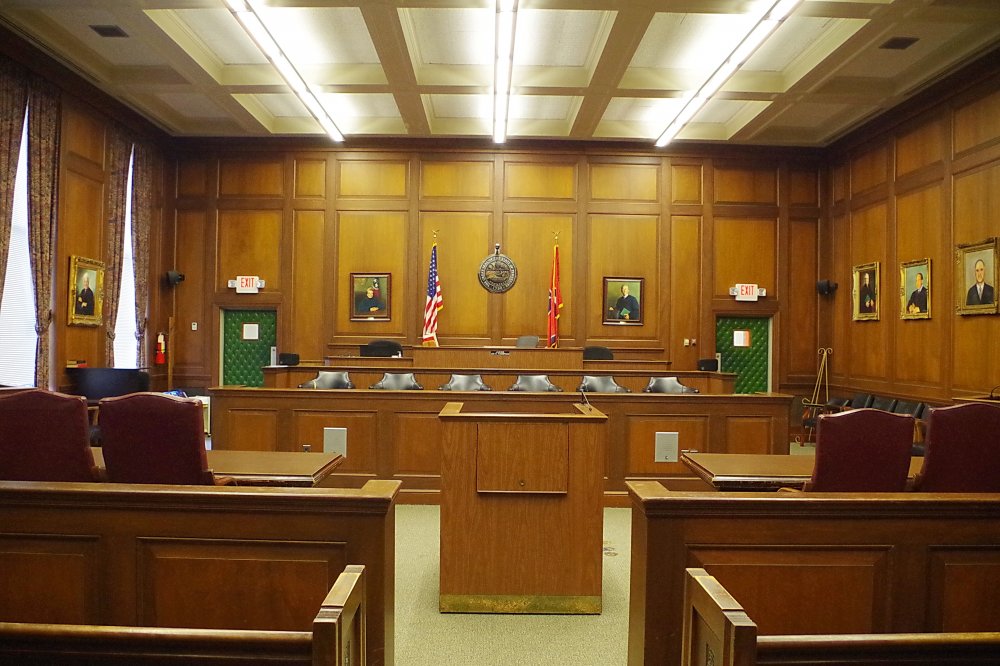 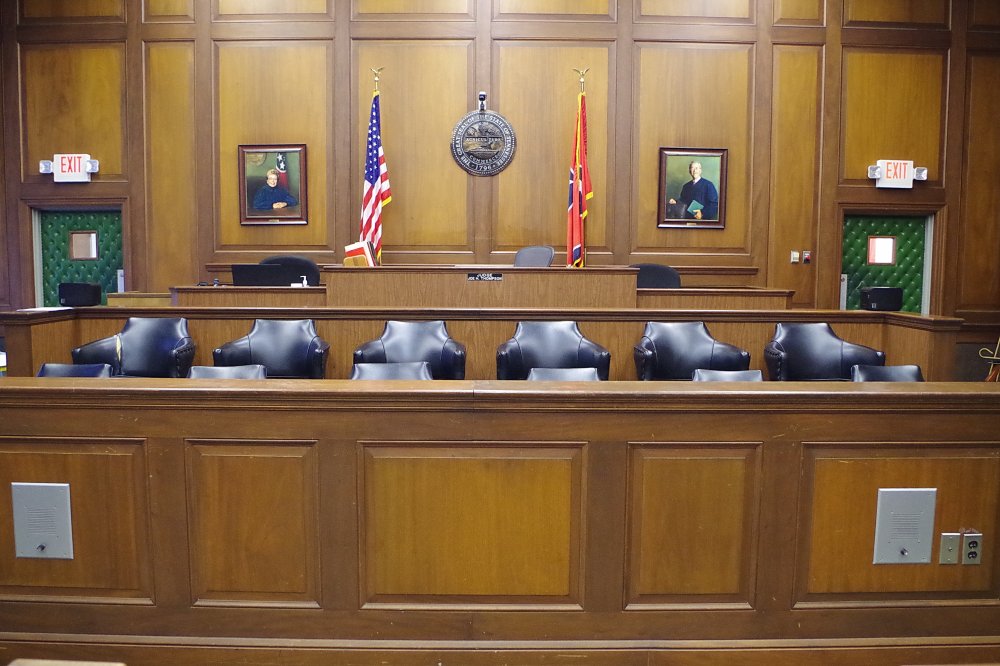 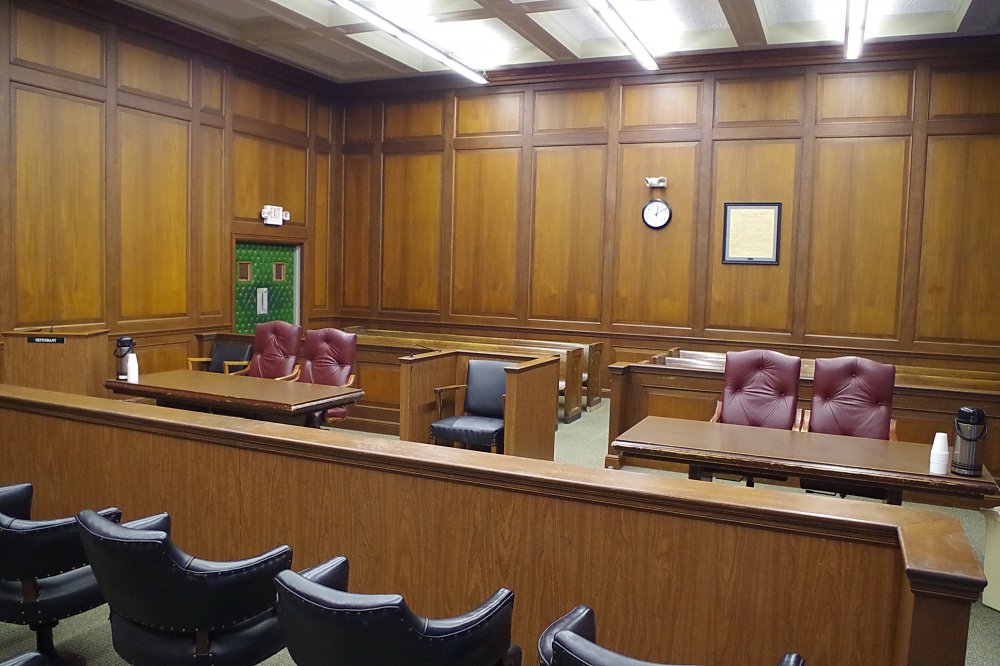 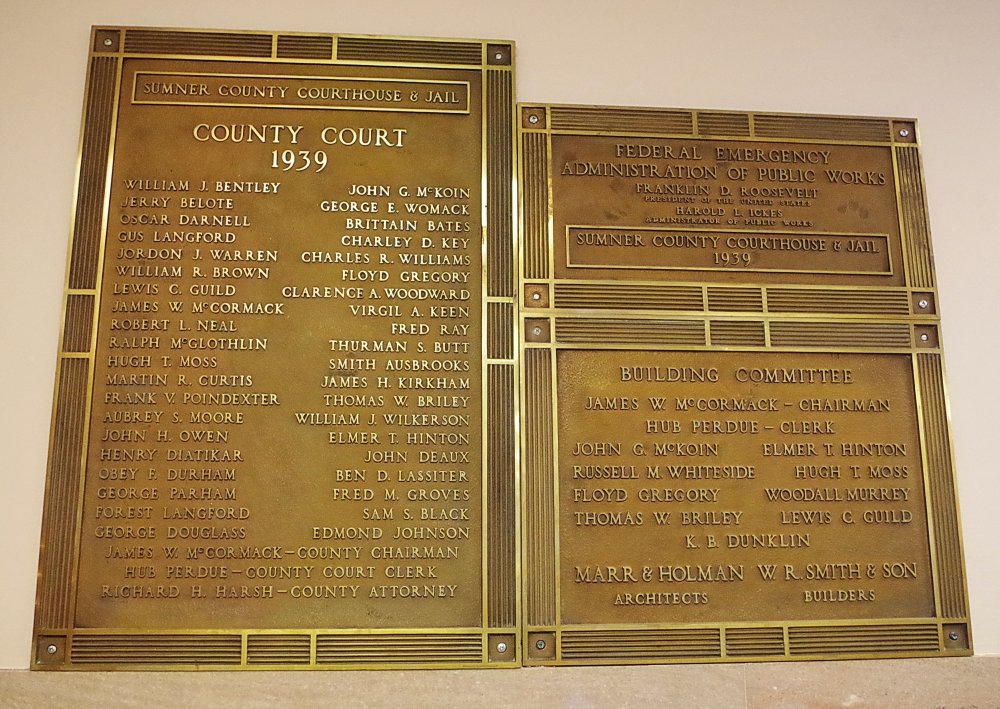 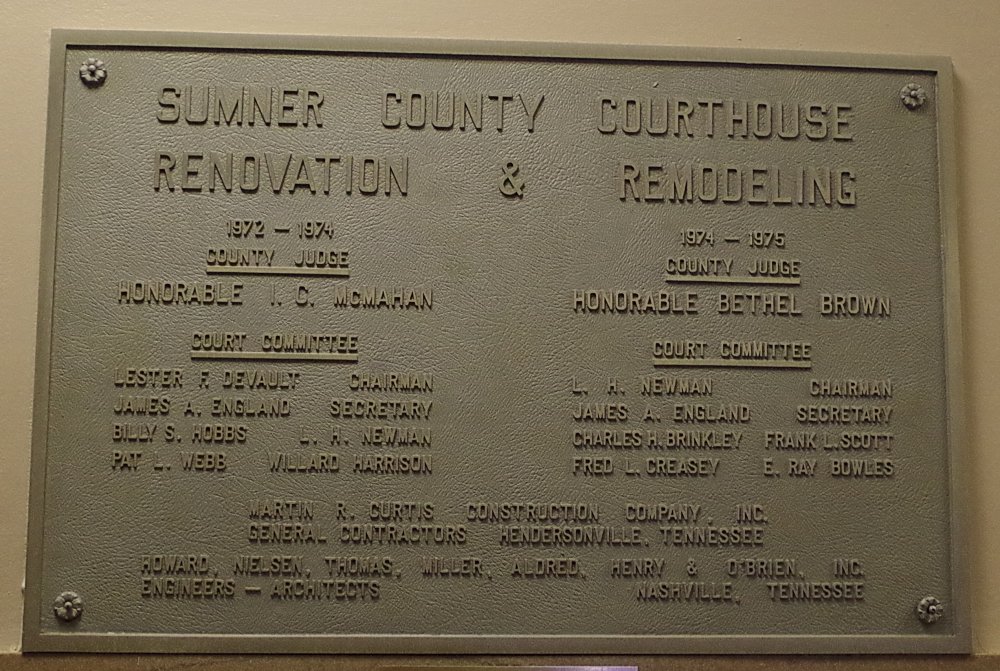 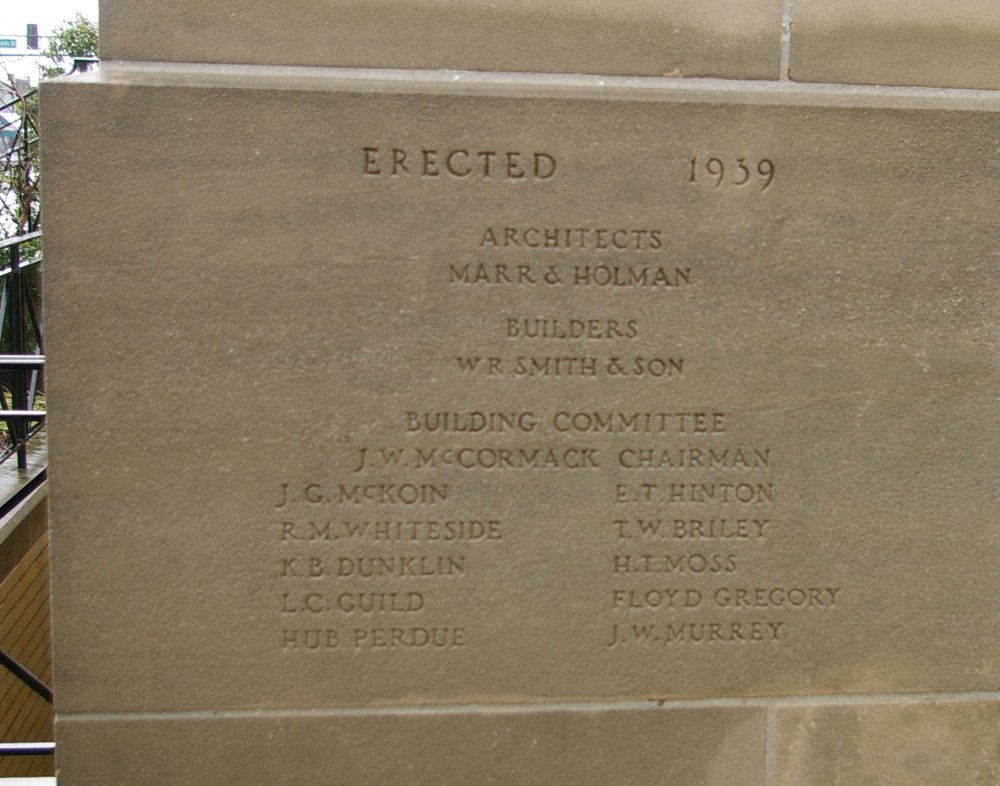 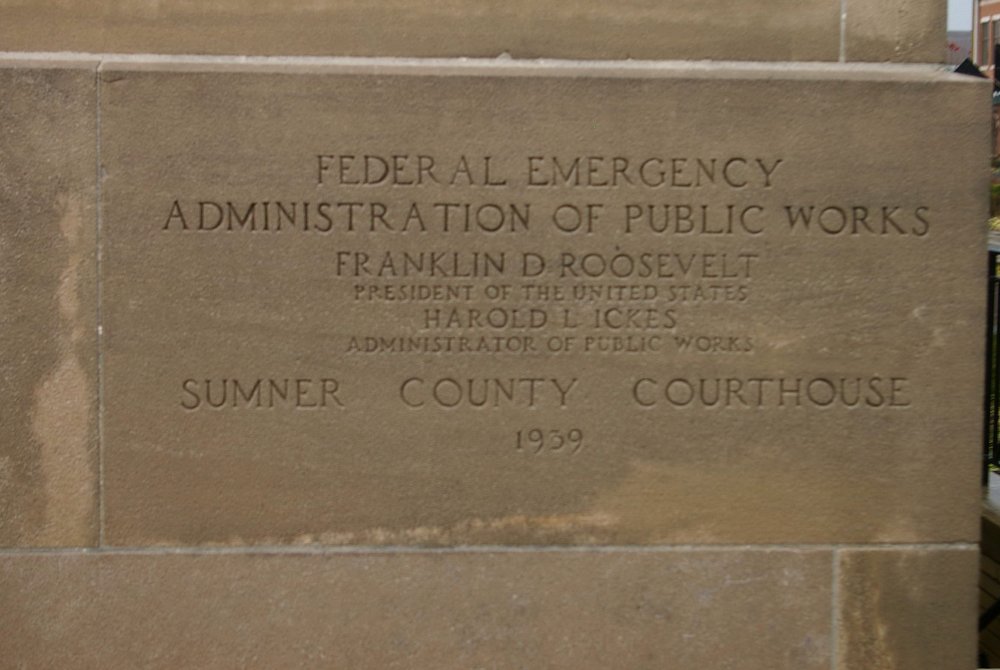