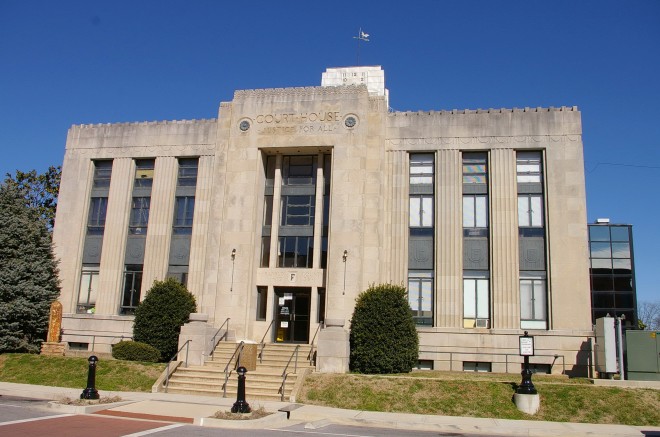 Description:  The building faces southwest and is a three story glass and concrete structure. The building is located on landscaped grounds in the center of Winchester. The building was a Work Projects Administration project. The center section on the southwest, projects from the main building. Vertical dividers run between the windows. On the center of the roof is a square white colored clock tower. In the interior, the first story is a cruciform plan with vestibules at each entrance. On the southwest side, there are staircases on either side of the hall. The floors a light brown colored terrazzo arranged in a grid pattern. The walls have wainscoting of ceramic tile. On the second story, the Circuit Court courtroom is located at the northeast side and the Chancery Court courtroom is on the northwest side. The architect was Joseph Holman and Thomas Marr of Nashville and the contractor was Niles Yearwood of Nashville. 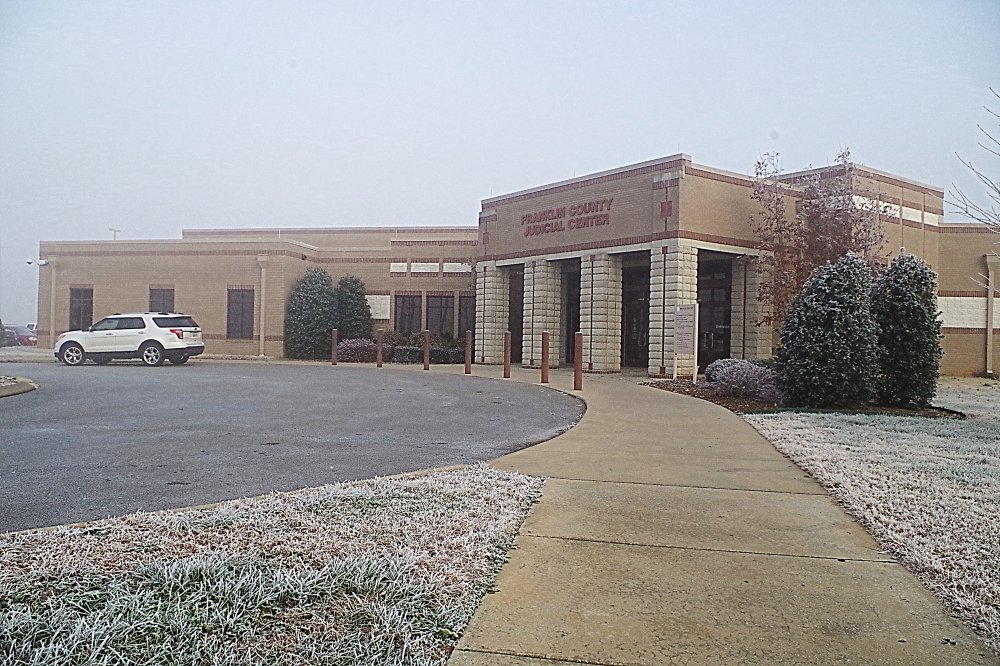 Description:  The building faces south and is a one story brown colored brick, stone, glass and concrete structure. The building is located on landscaped grounds on the western edge of Winchester. The south side has a one story porch supported by four stone pillars with recessed glass entrance. The roof line is flat. The courtrooms are located along the entrance lobby. 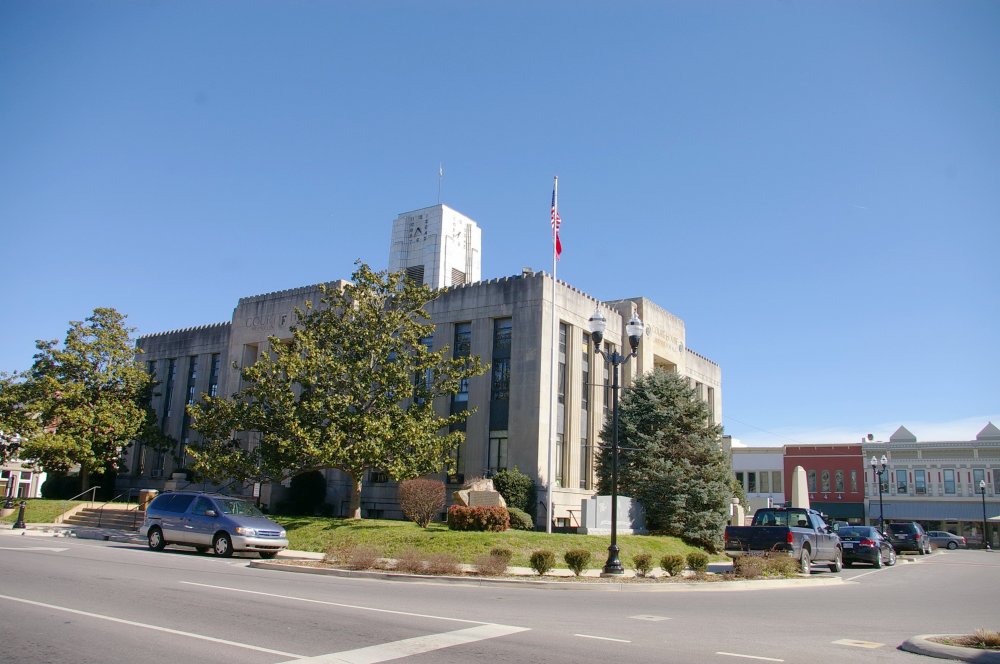 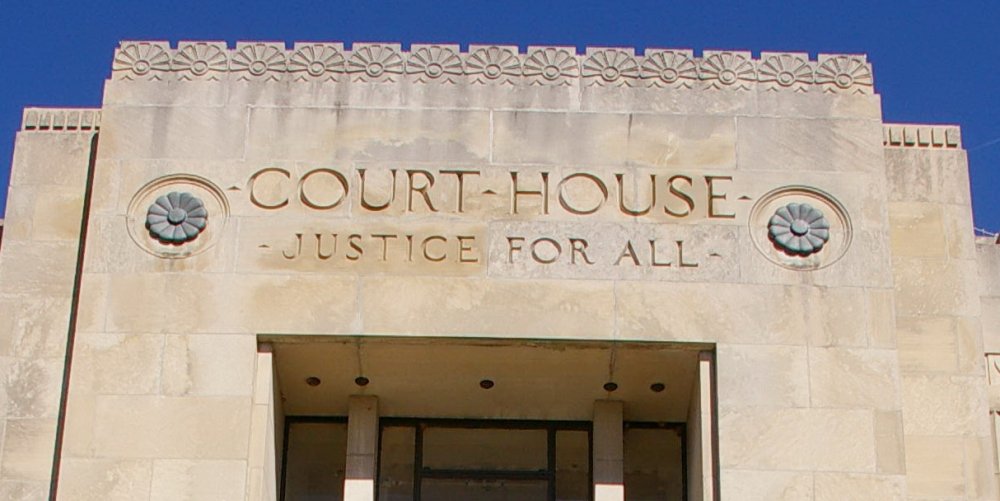 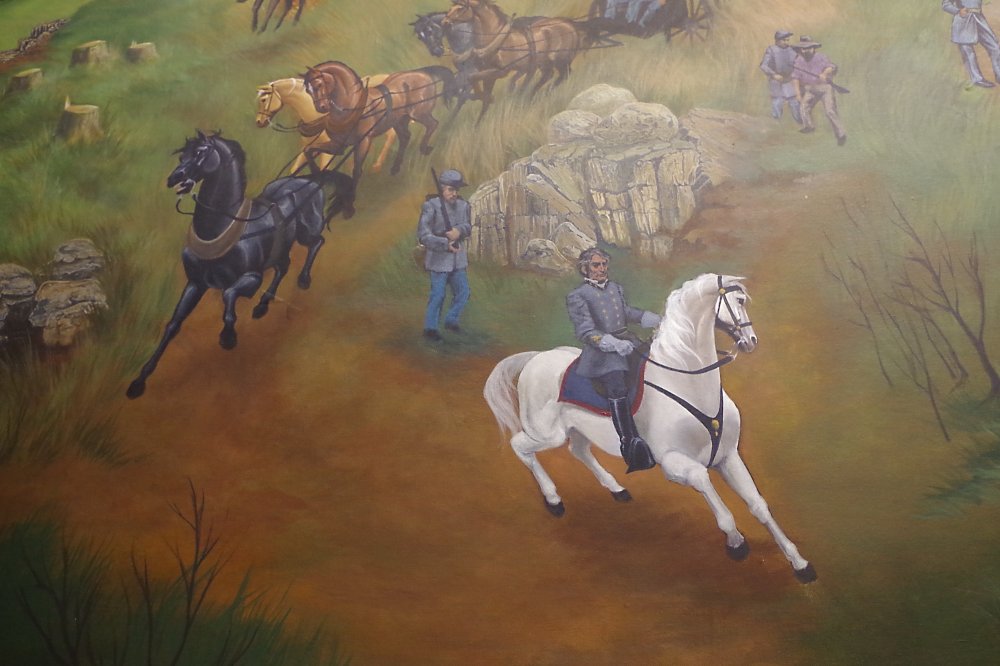 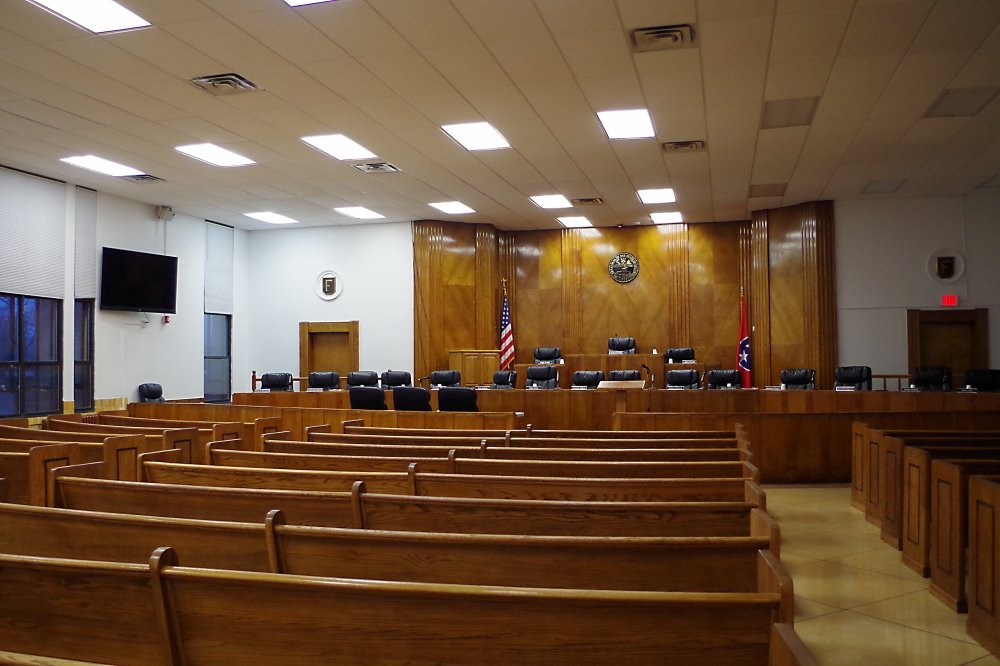 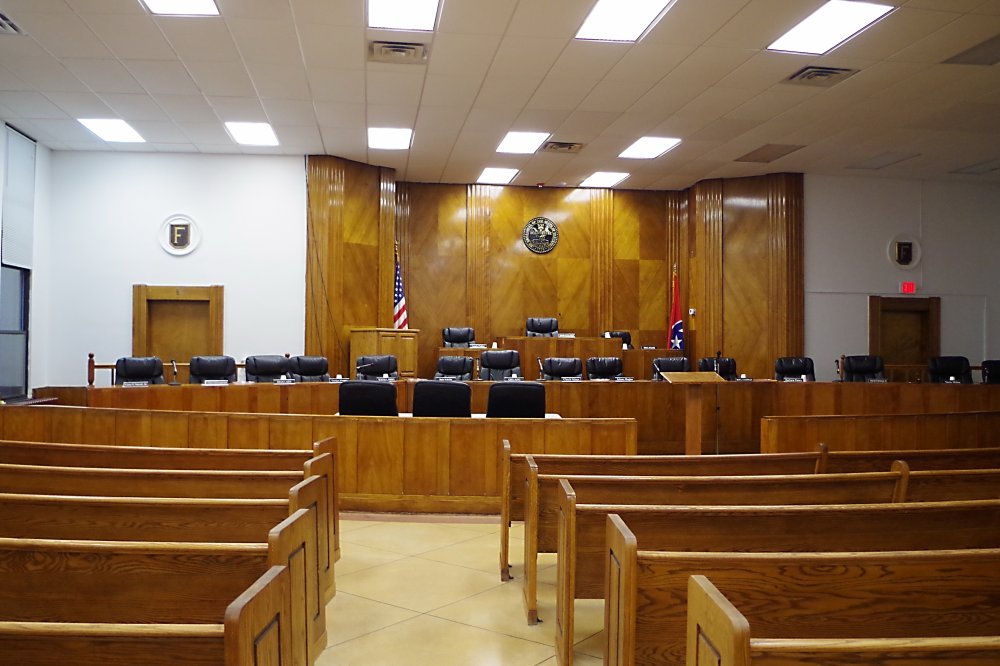 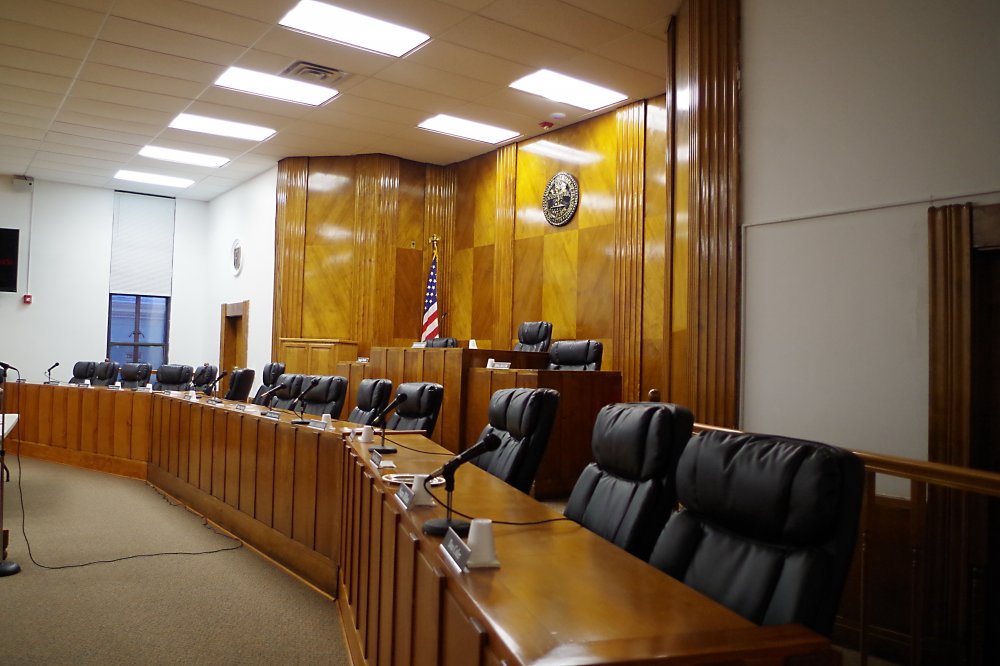 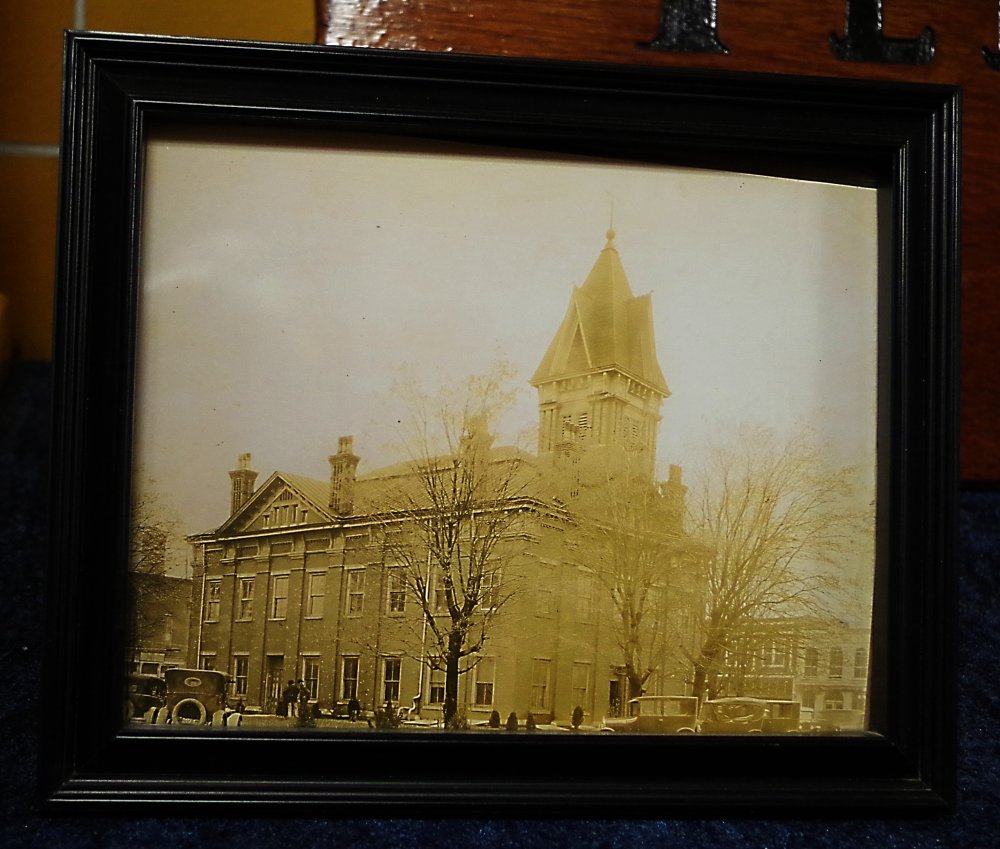 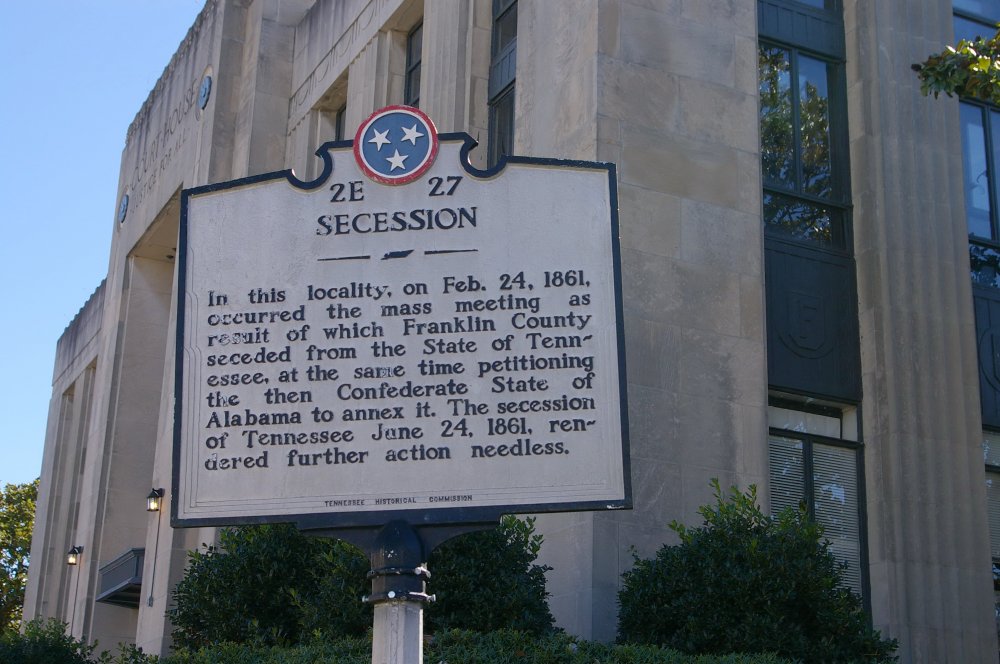 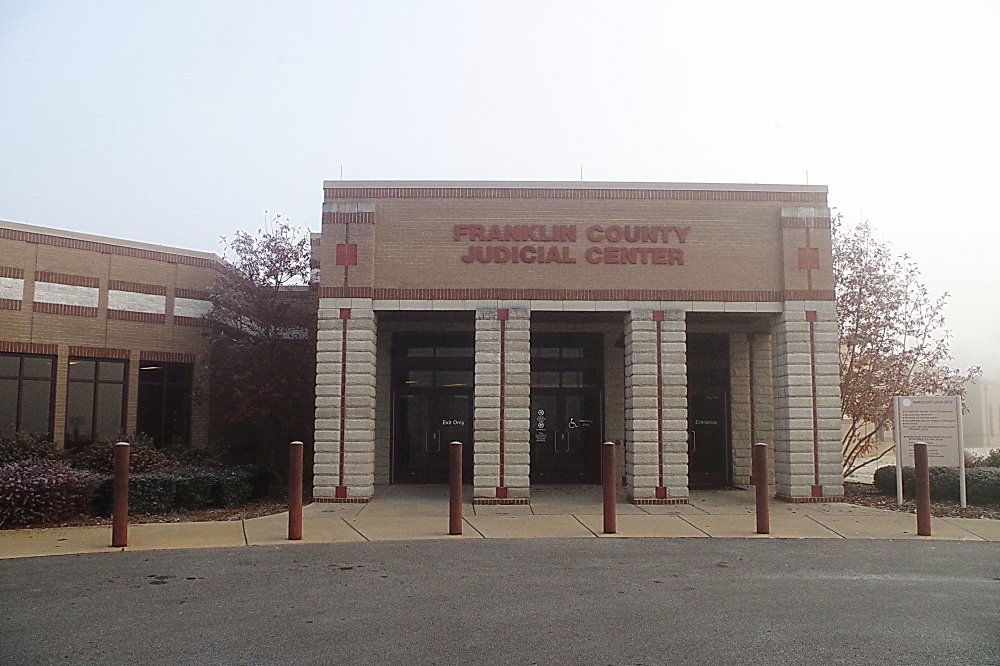 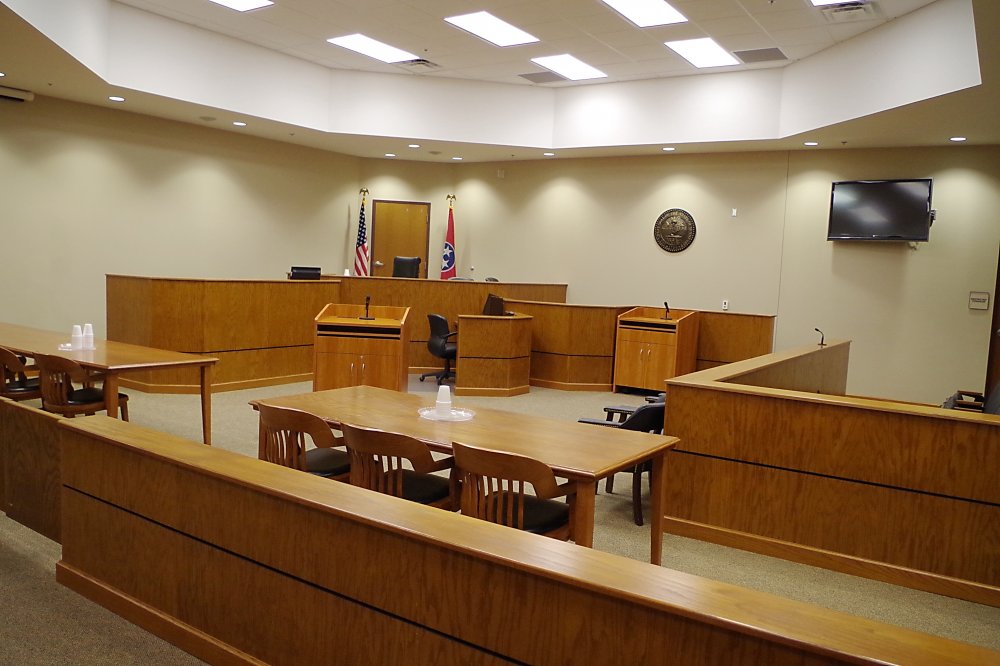 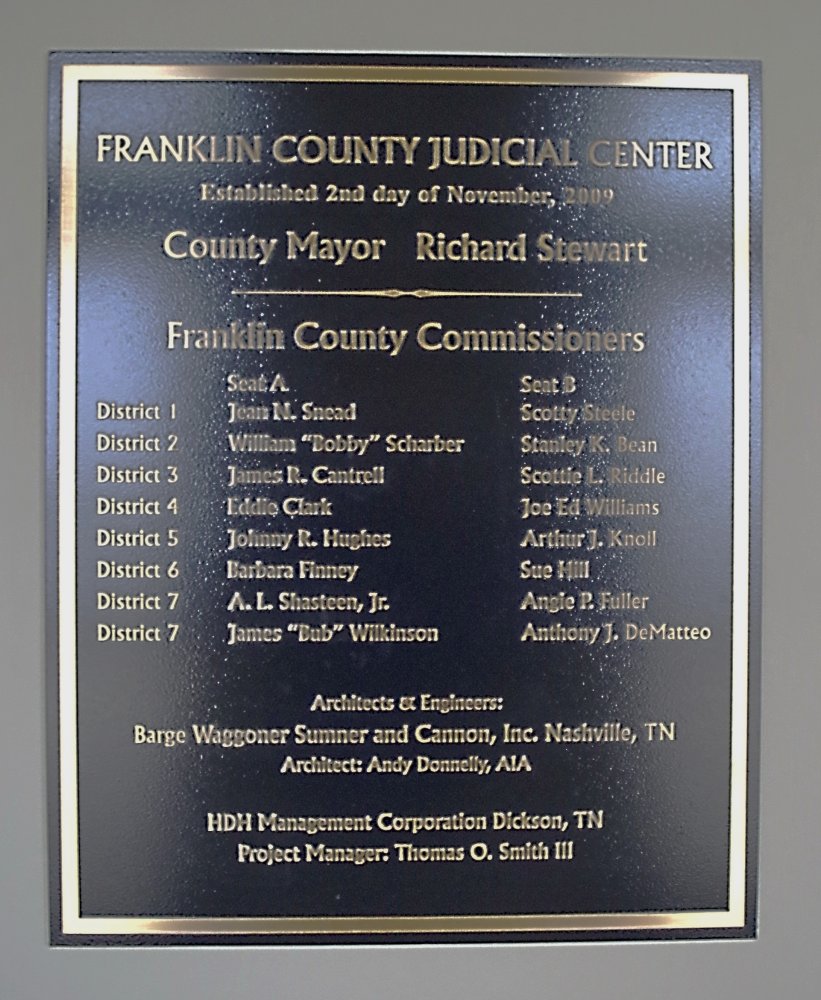