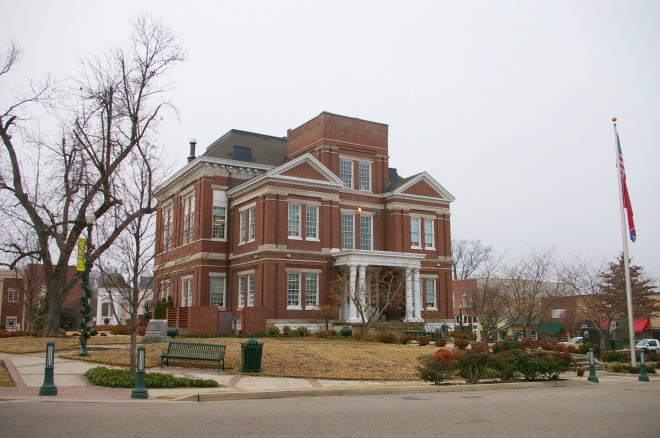 Tipton County is named for Jacob Tipton, who was killed by Native Americans in 1791 in a conflict over the Northwest Territory, and who was the father of Armistead Blevins who supervised the organization of  Shelby County.

Description:  The building faces north and is a two story red colored brick structure. The central tower has been removed. The north front has a small porch at the entrance with four white colored columns and above are two stories with vertical windows on the former tower. On either side are projecting sections rising to sloped roofs. The main building has a sloped roof. The building was remodeled in 1928. The building was renovated n 1976 to 1977. The architect was Howard, Nielsen, Thomas, Miller, Aldred, Henry & O’Brien Inc. and the contractor was Mayes-Howard Lumber Company. 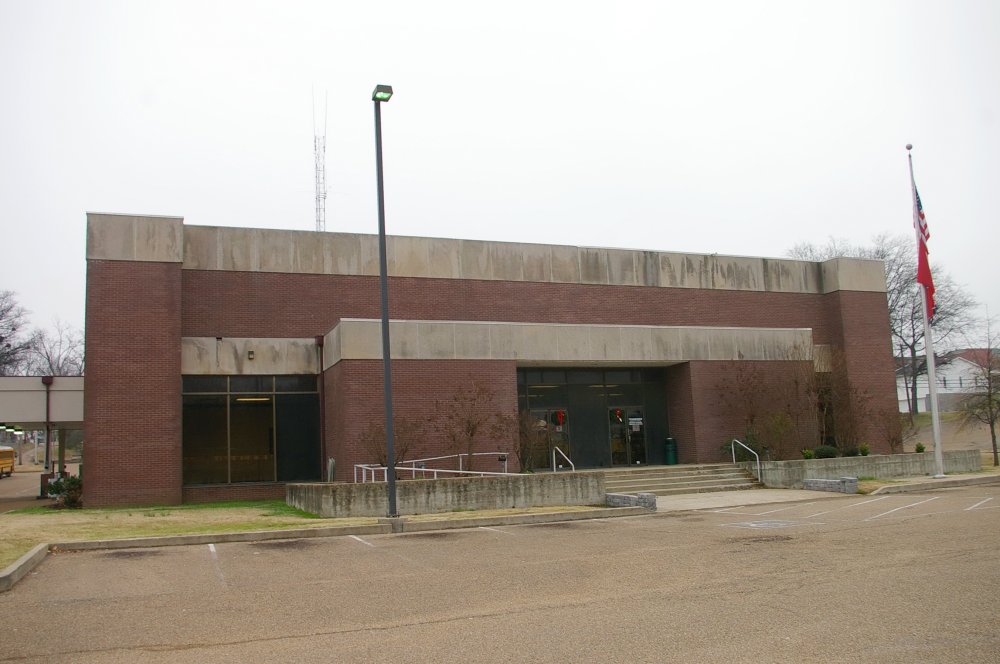 Description:  The building faces west and is a two story red colored brick and concrete structure. The west front has central recessed entrance with a projecting center section on the first story. A concrete band runs below the flat roof line. Description:  The building faces east and is a one story red colored brick and concrete structure. The east front has a central recessed entrance with four large concrete columns and a large sloped roof above. A wide concrete band runs below the flat roof line. 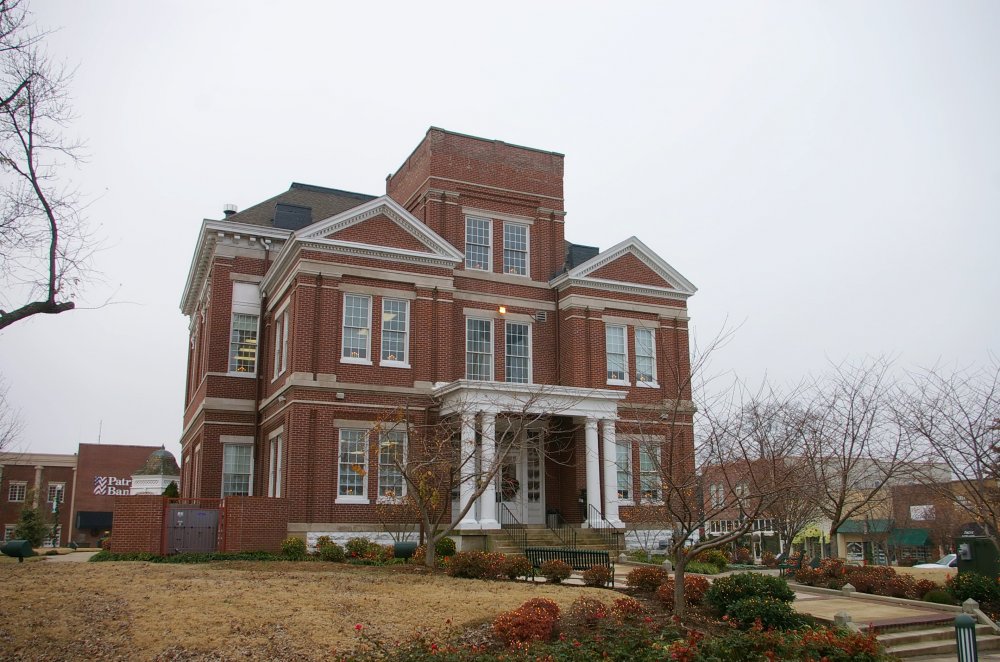 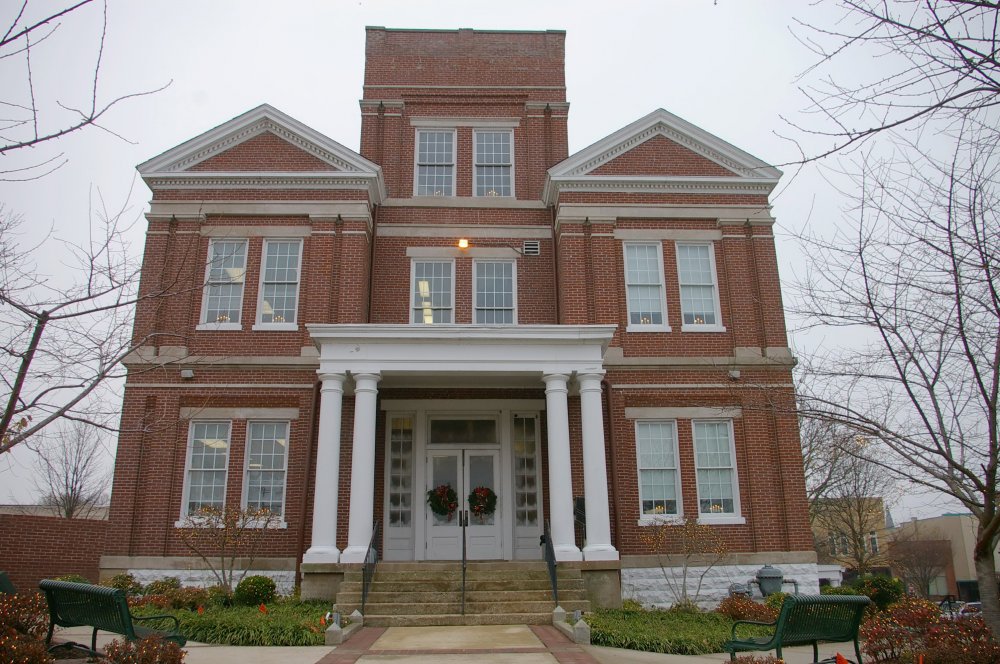 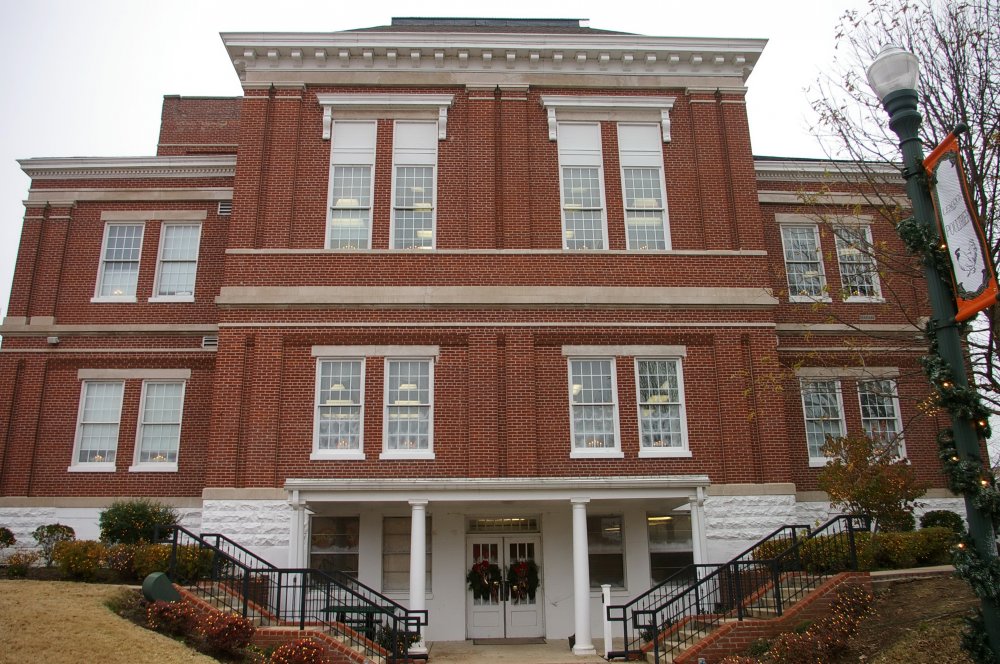