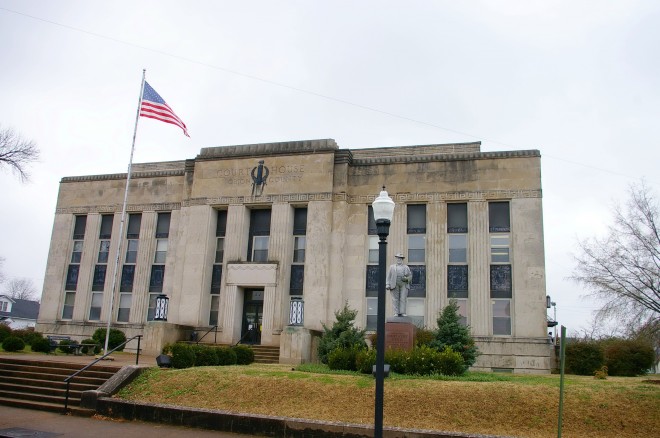 Description:  The building faces east and is a three story gray colored limestone and concrete structure. The building is located on landscaped grounds of the Courthouse Square in the center of Union City. The building is constructed with a limestone veneer over concrete and brick walls giving it a smooth appearance. The east front has a projecting center section with a stone framed entrance on the first story and vertical recessed windows on the second and third stories. The roof line is flat. The interior is a “T” plan with entrances at the north, south and east sides. The walls have original marble wainscoting with plaster above and cove molding running along the top at the ceiling. The east hallway has a squared marble arch. Off the east hallway is the central foyer which is octagonal and made of marble. The floor consists of light brown terrazzo squares bordered by dark brown colored terrazzo. At the north end of the hallway is the large marble staircase. The large circuit courtroom is located on the south side of the second story. The floor is light brown colored terrazzo. Behind the judge’s bench which is located in an alcove with fluted corners, is imitation wood paneling. The building houses the County Circuit Court, County Chancery Court, County General Sessions Court and County Juvenile Court of the 27th Judicial District. The building was a Work Projects Administration project. 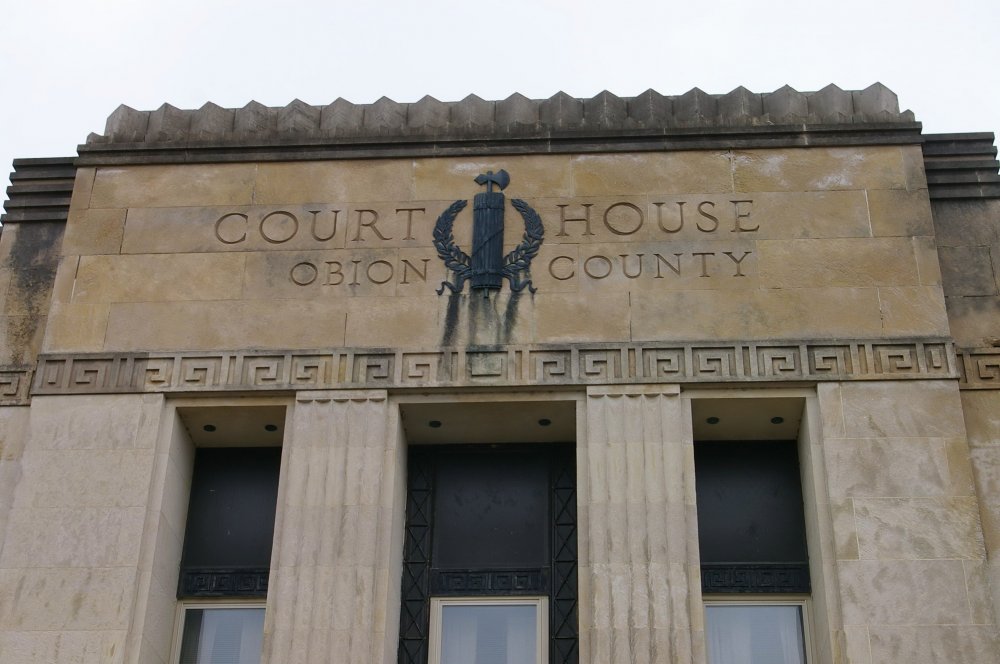 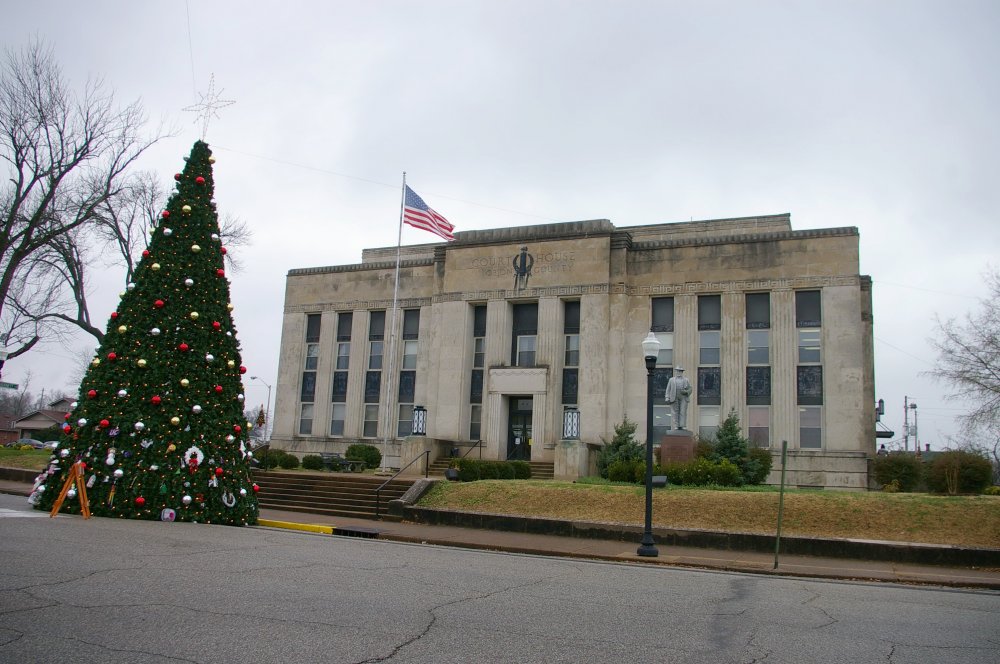 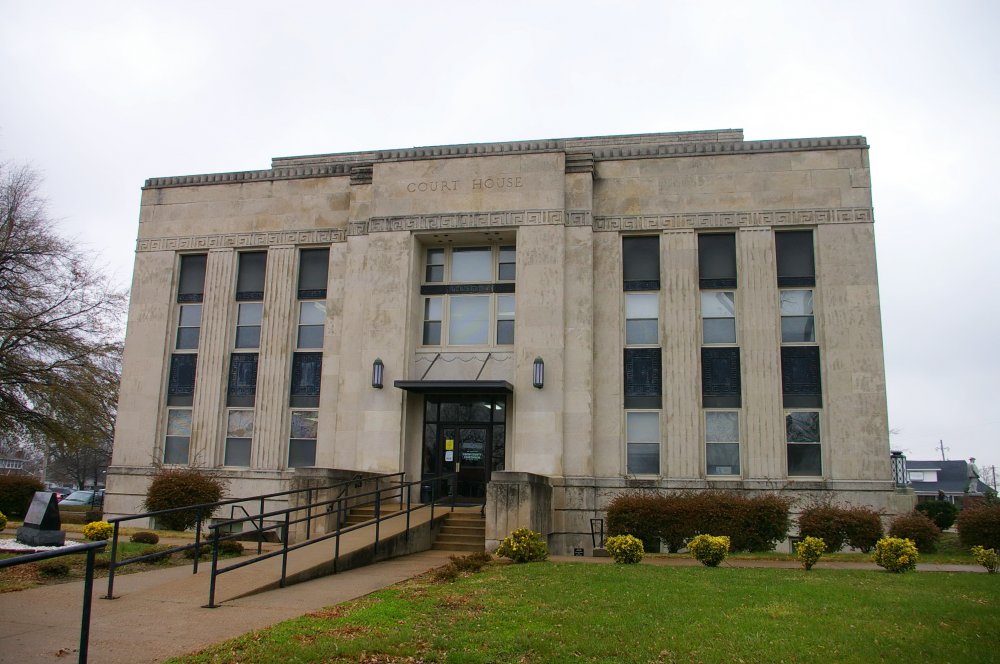 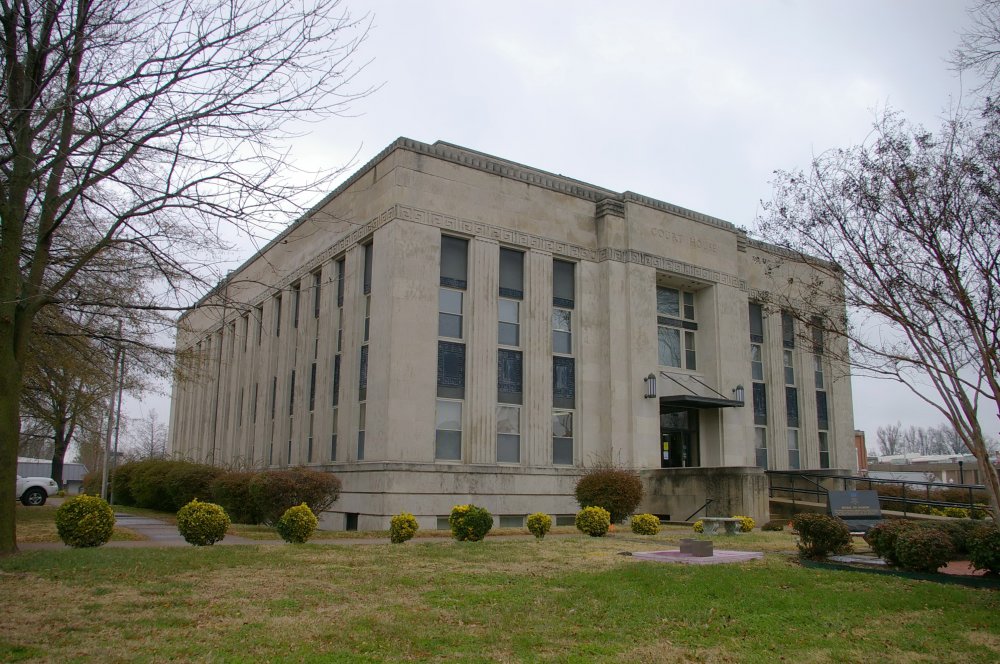 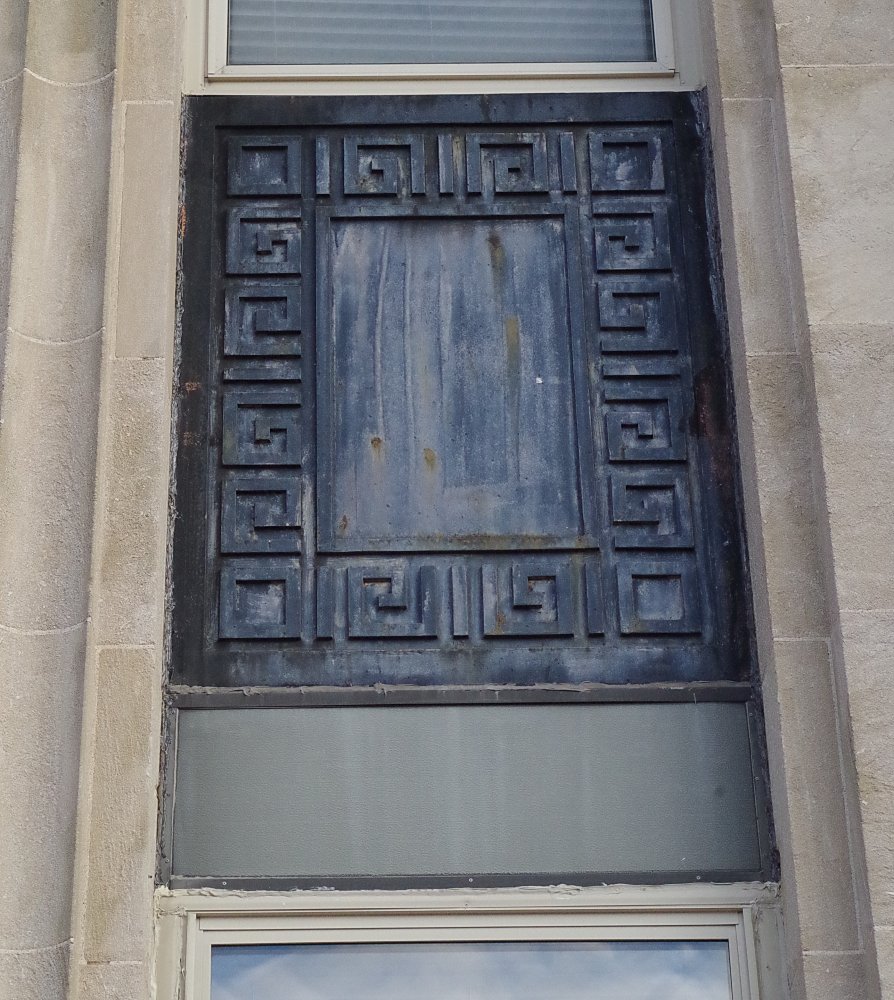 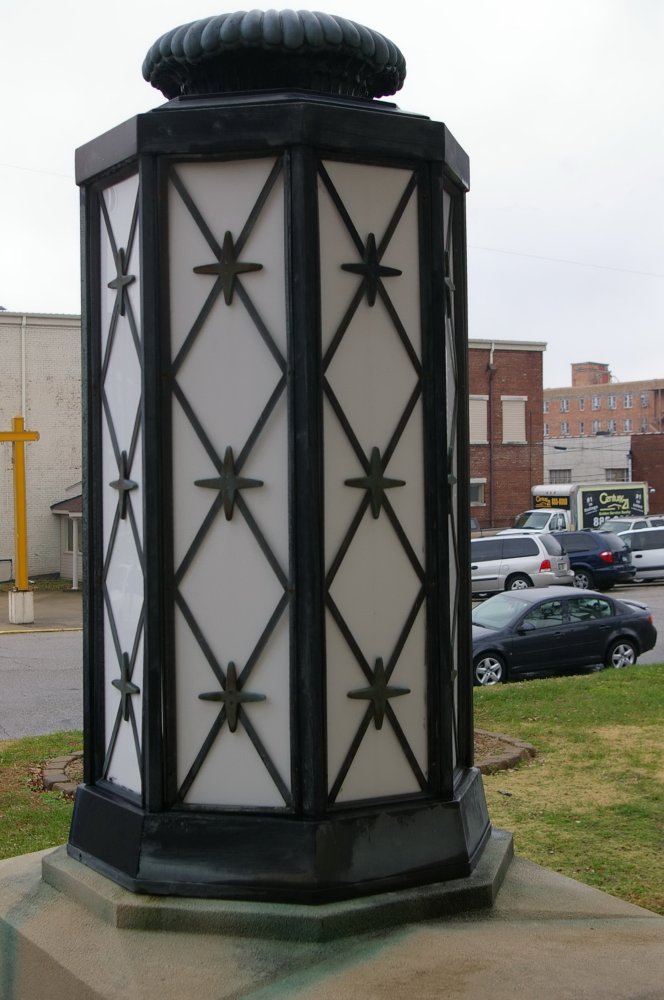 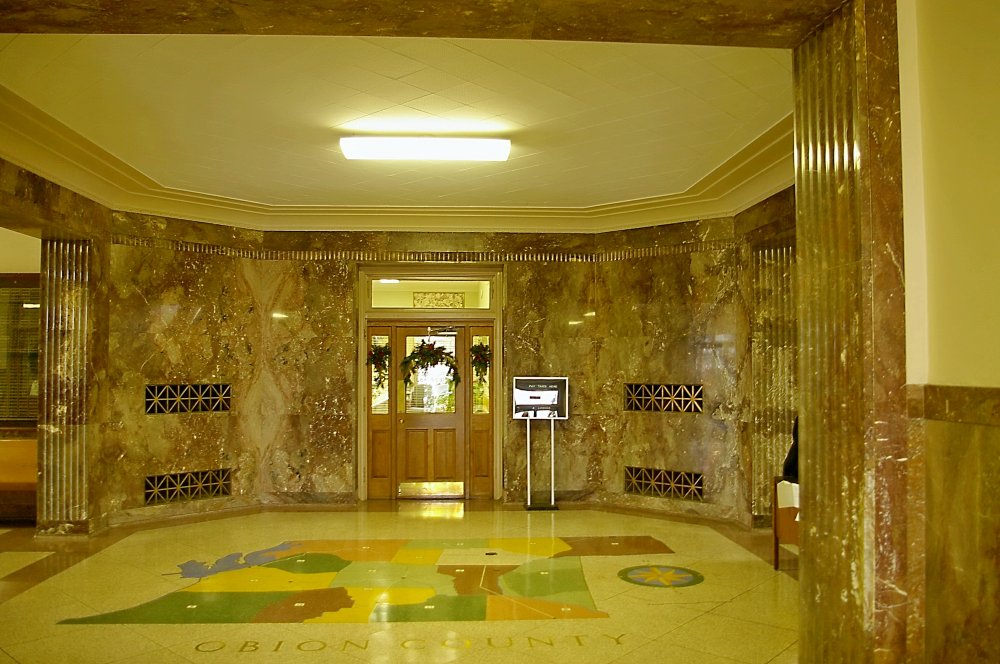 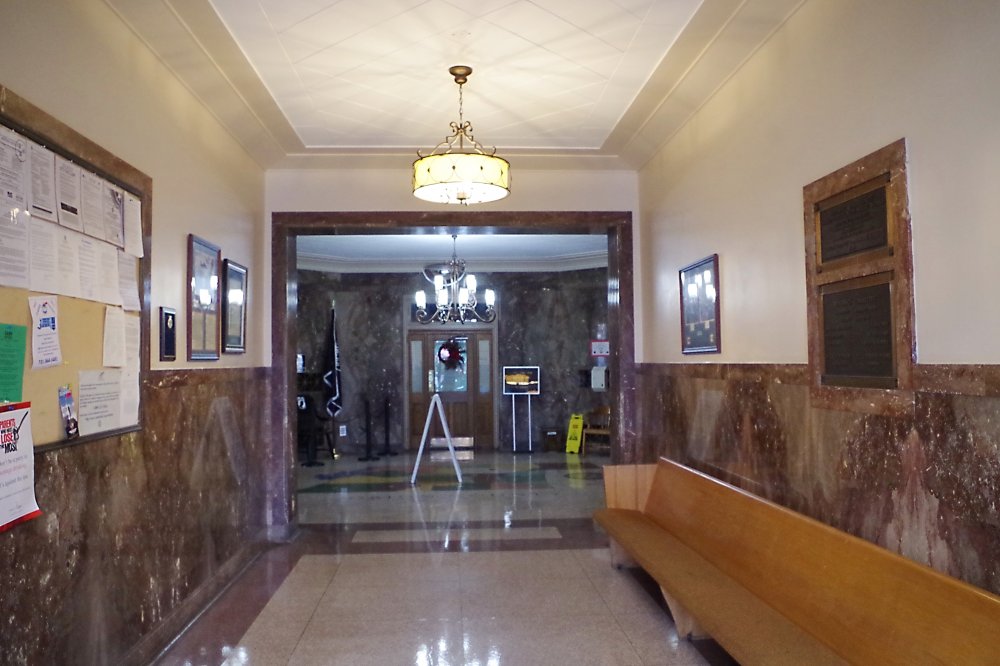 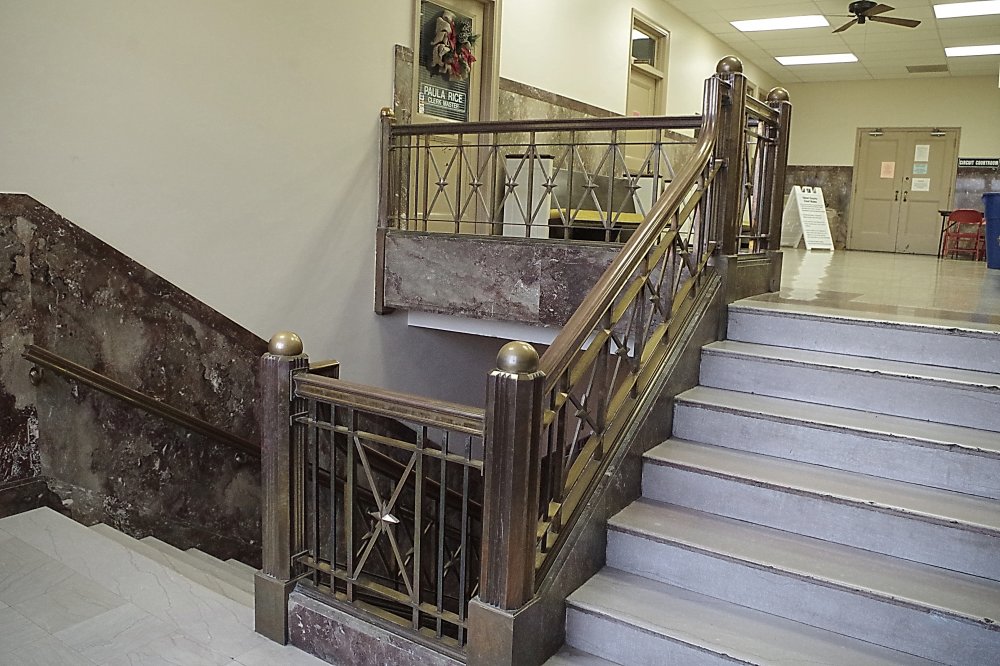 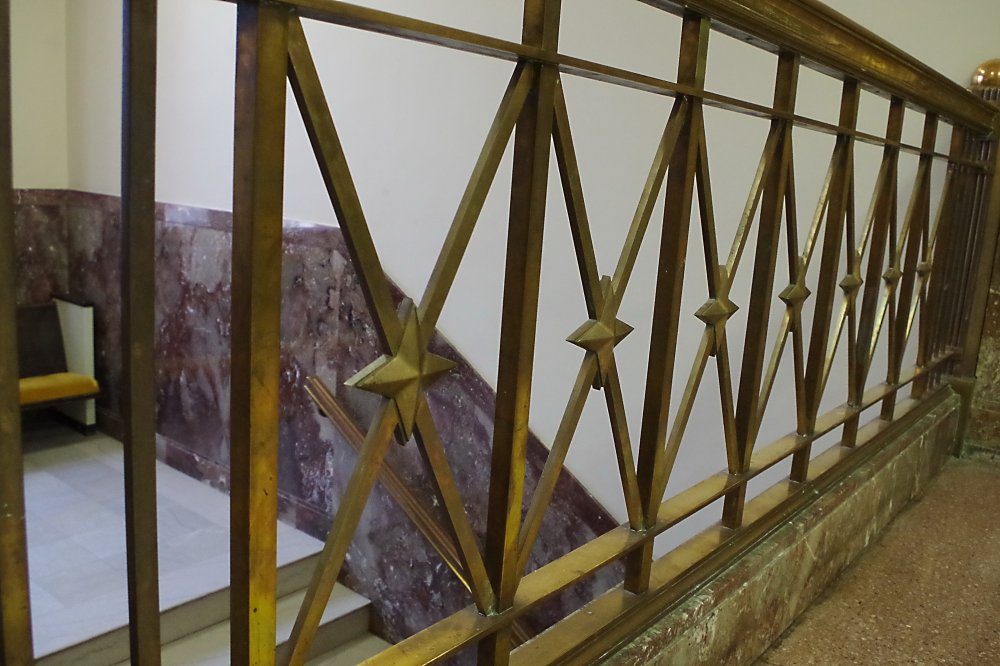 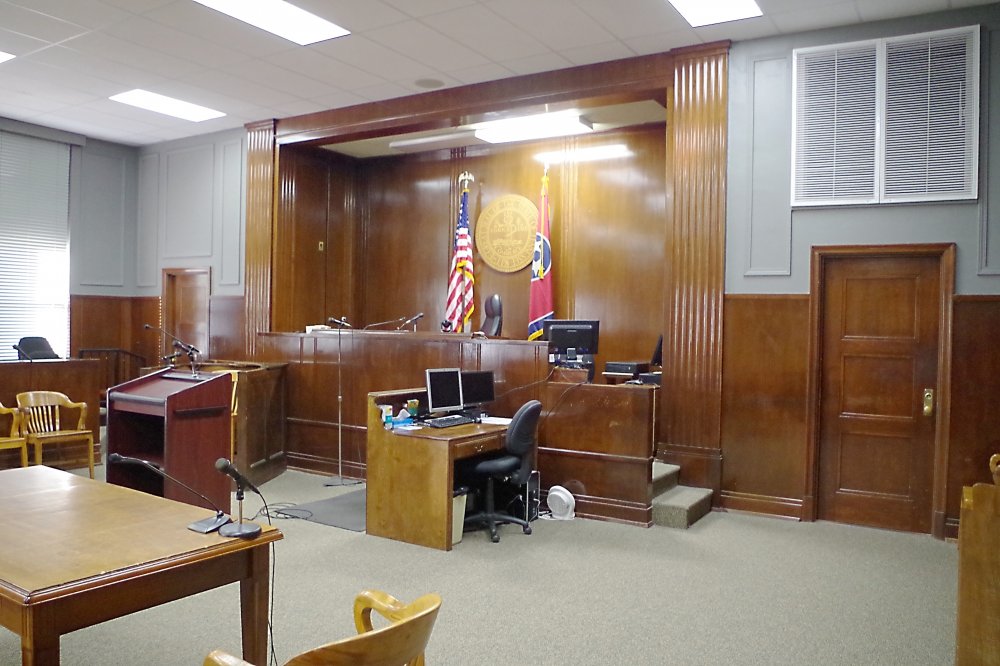 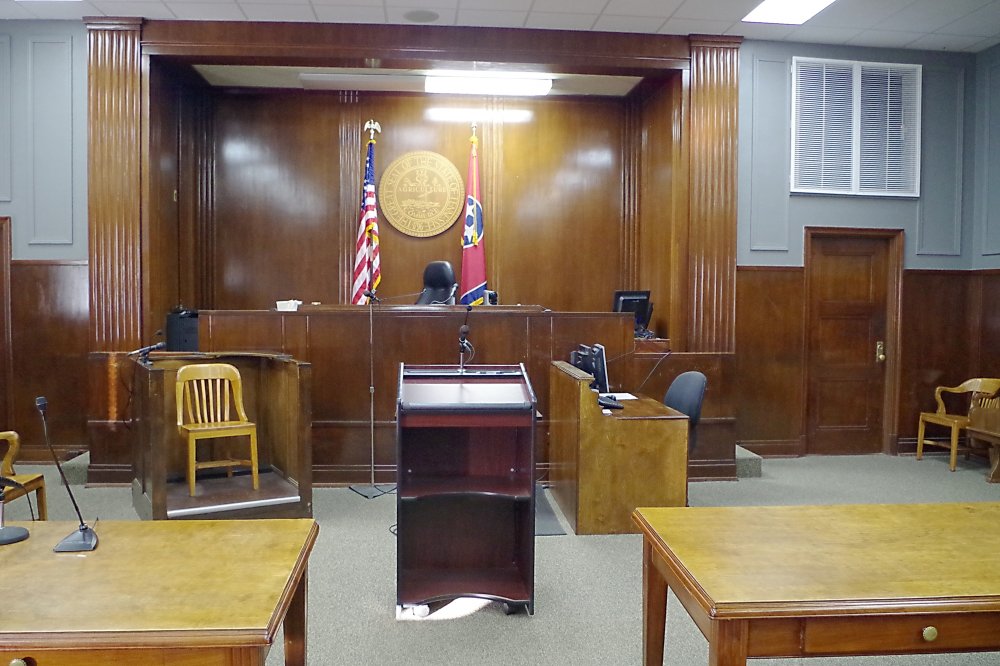 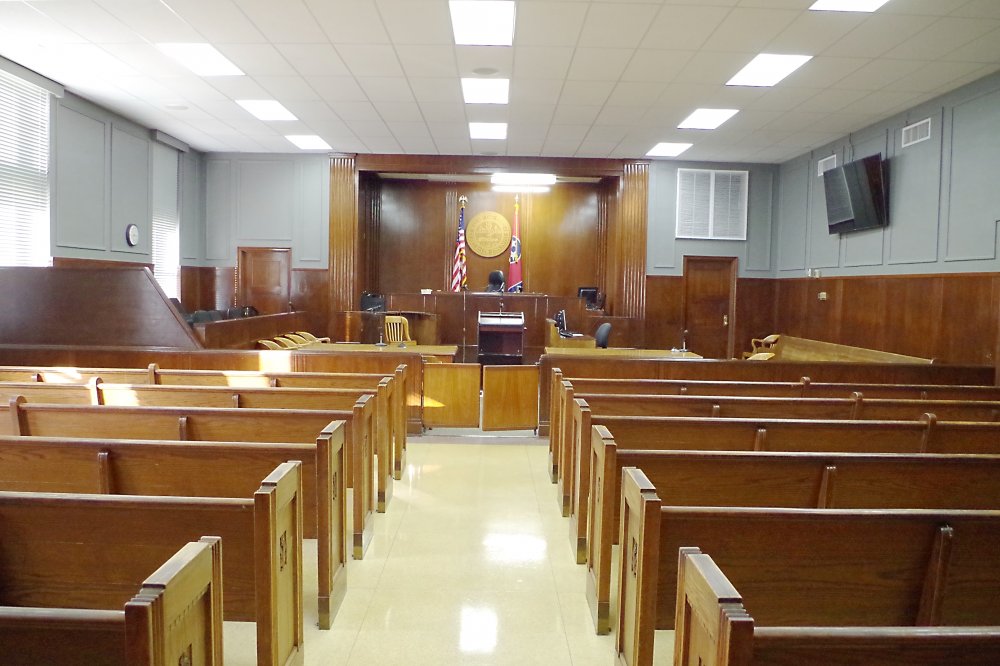