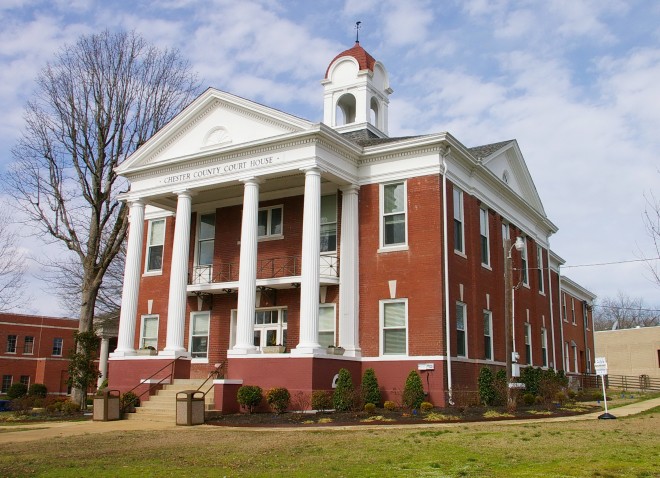 Chester County is named for Robert I Chester, who was a state legislator for the State of Tennessee.

Description:  The building faces south and is a two story red colored brick and concrete structure. The building is located on landscaped grounds in the center of the city.The south front has a large portico supported by four columns rising to a pediment at the roof line. There is a balcony on the second story above the main entrance. On the center of the roof is a square wood cupola with red colored dome. The roof is hipped. An addition was built on the northwest side in 1955.

Note:  The first courthouse was the home of Dr. J A Crook from 1883 to 1891 when it was destroyed by fire. The second courthouse was constructed in 1891 and burned in 1910. The third and present courthouse was featured in the movie Walking Tall, based on the life of McNairy County Sheriff Buford Pusser. 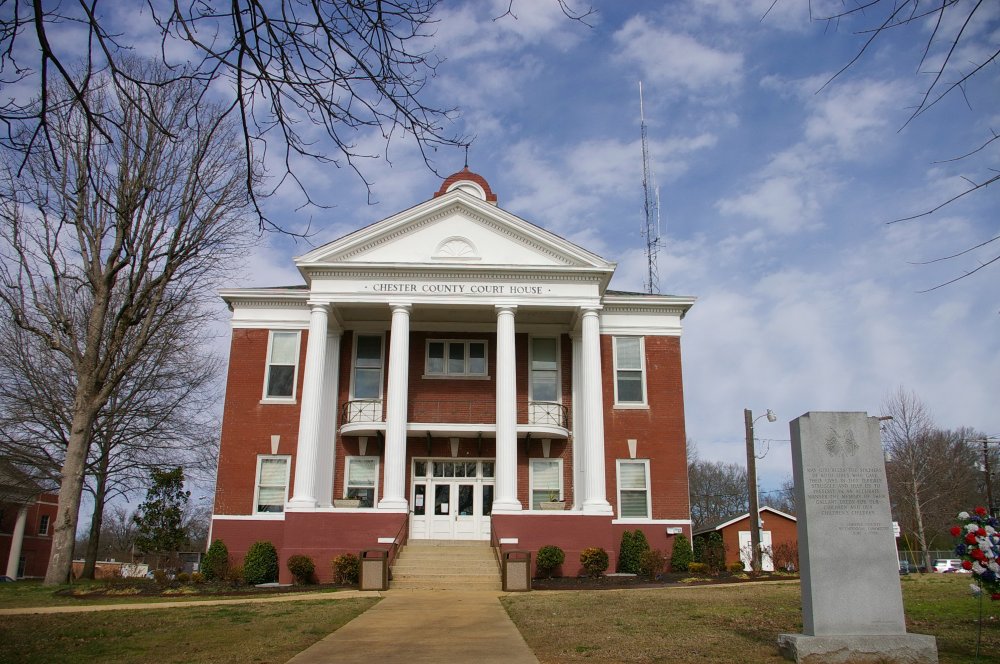 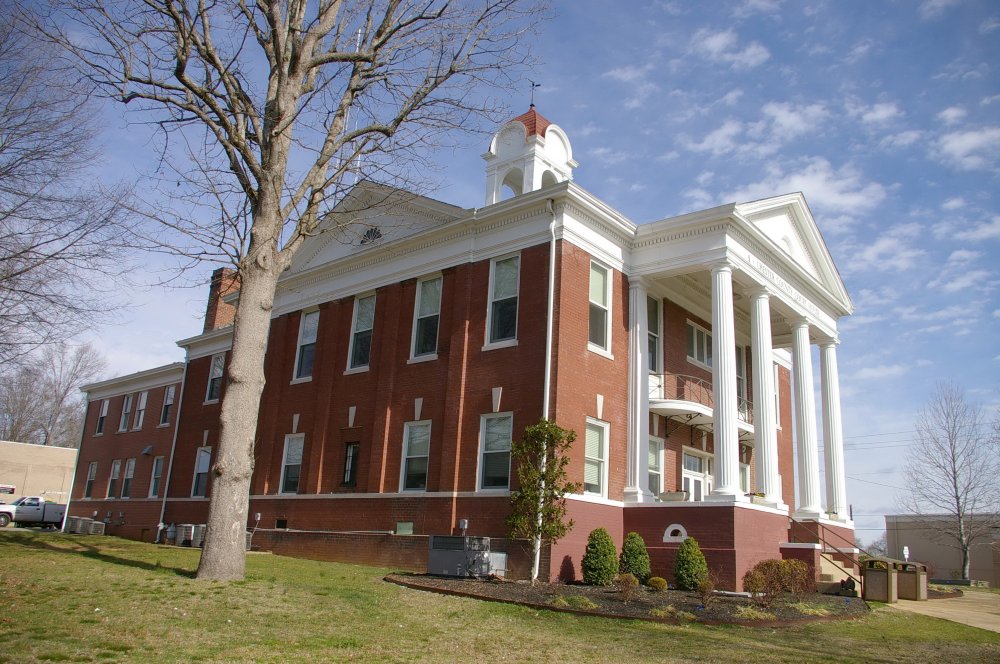 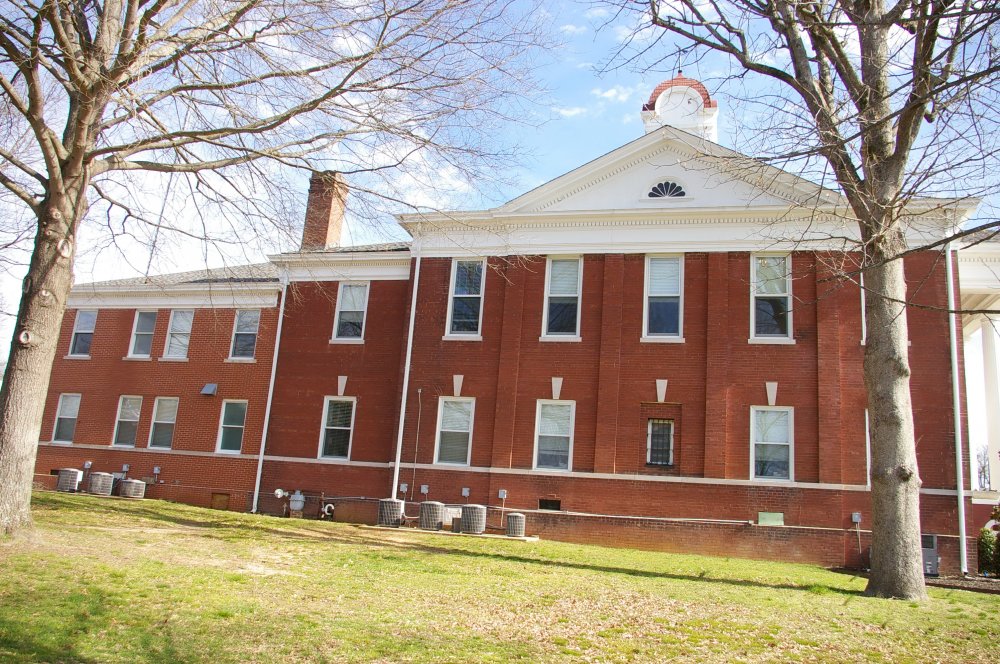 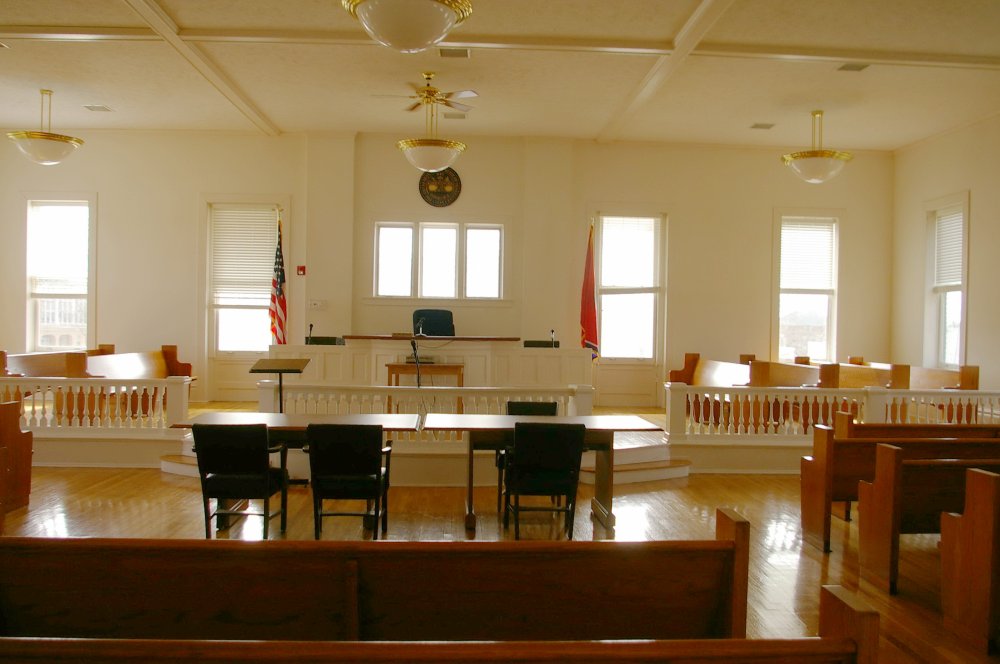 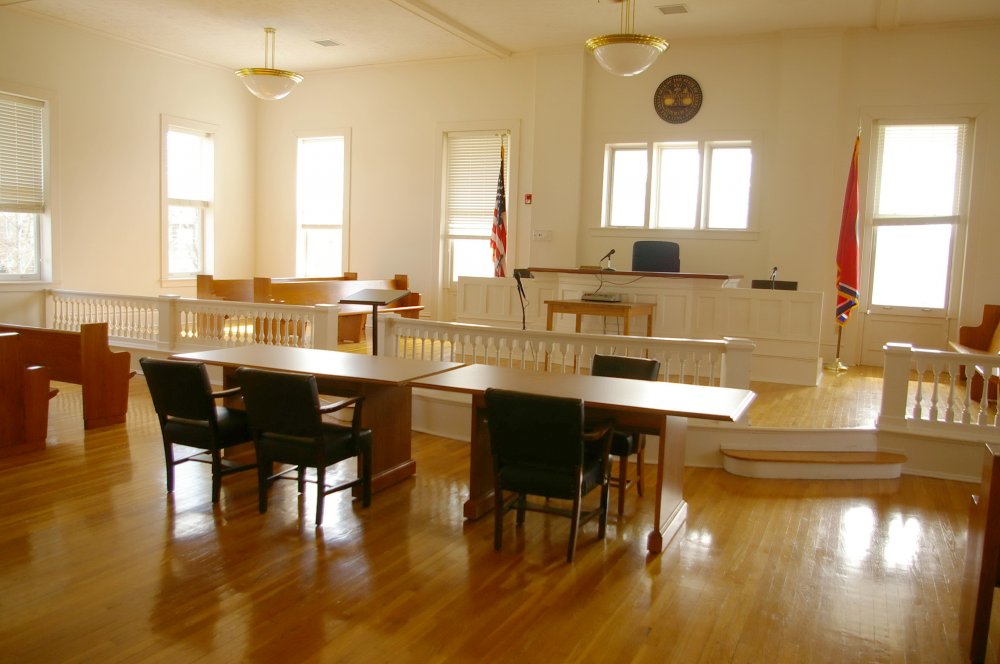 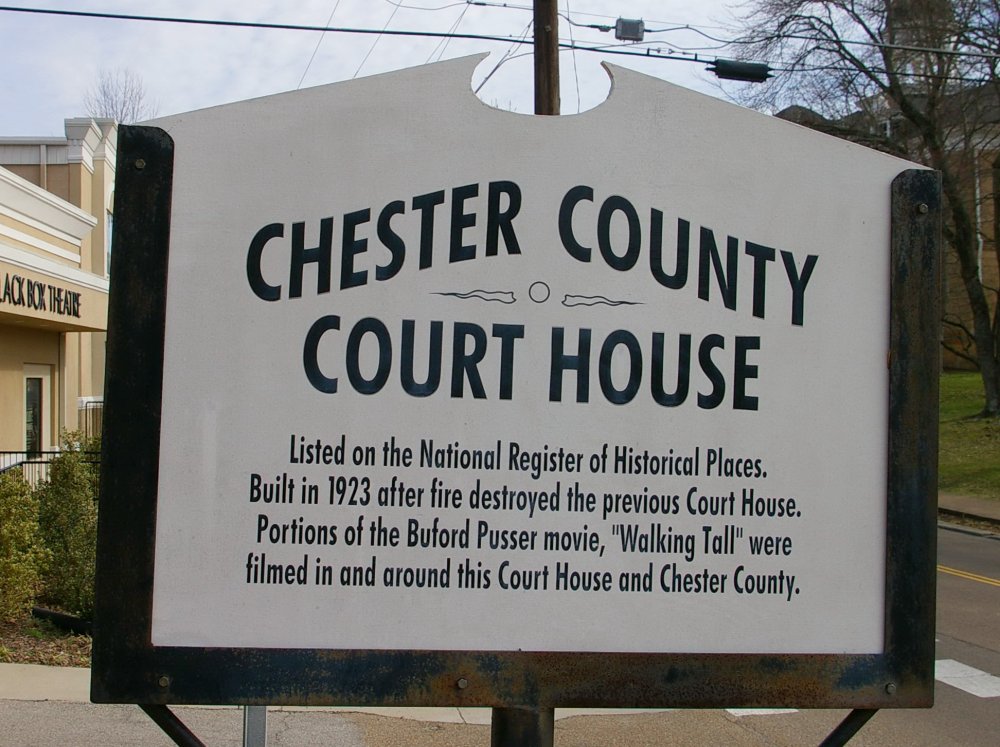