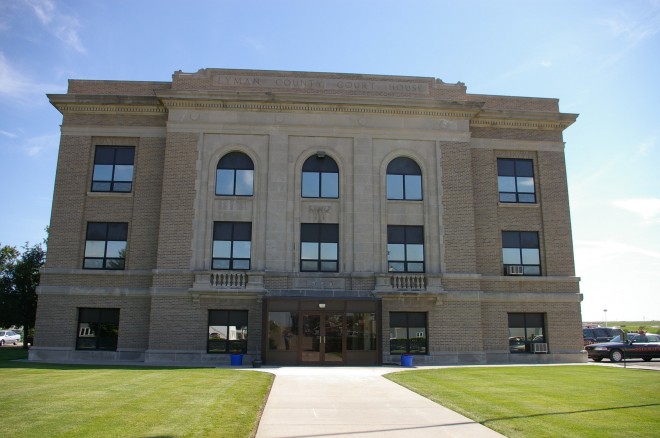 Lyman County is named for Major P W Lyman, who was the first settler of Yankton County and territorial legislator in 1873.

Description:  The building faces north and is a stately rectangular three story cream colored stone, buff colored brick and concrete structure. The building is located on spacious landscaped grounds in the center of Kennebec. On the north front there is a projecting center section with cream colored stone trim with small balustrade rails on the second story and arched windows on third story. There is a projecting cornice running below the flat roof line. The windows was remodeled in 1985 and renovations were done in 1993.

History:  The first courthouse was built in Oacoma in 1894. 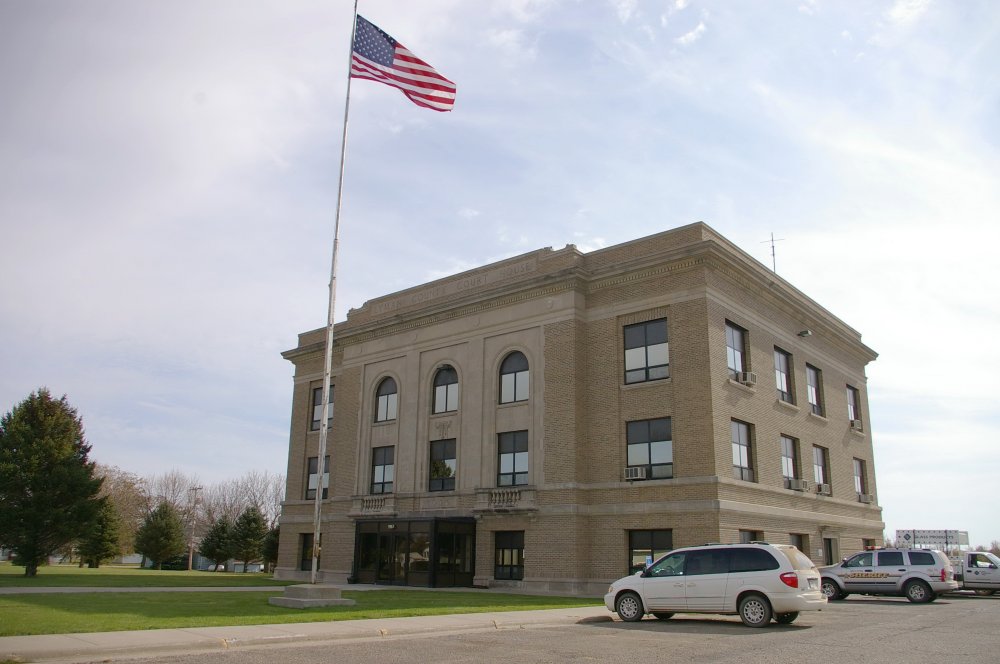 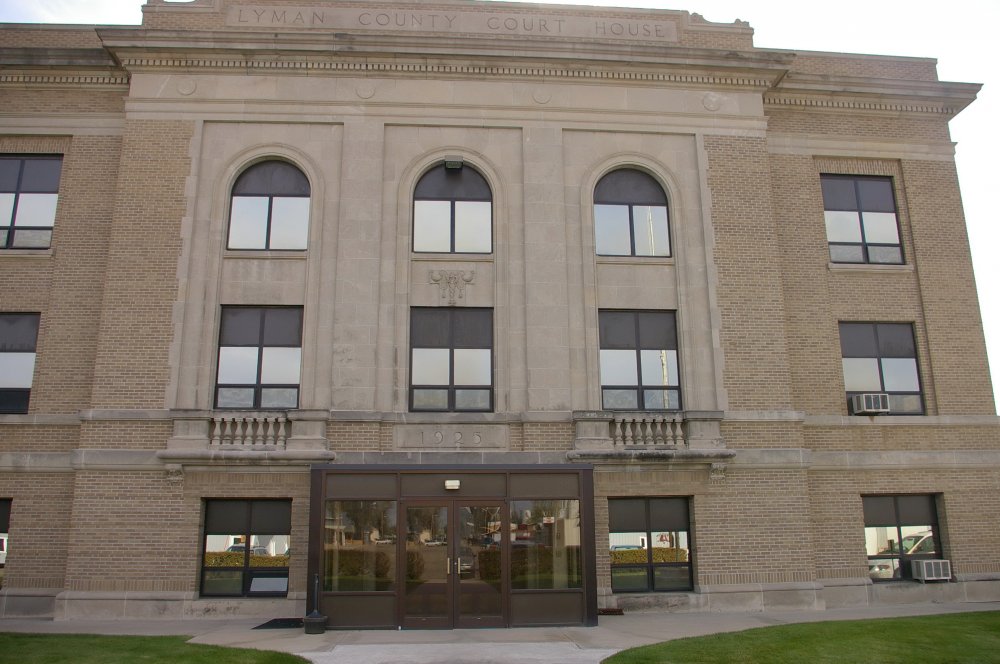 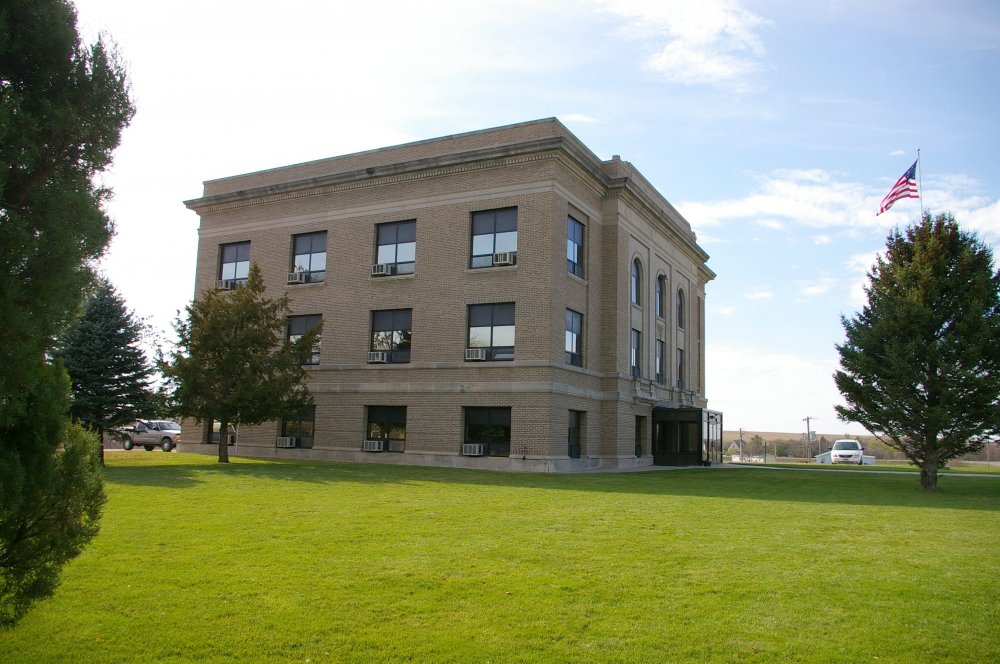 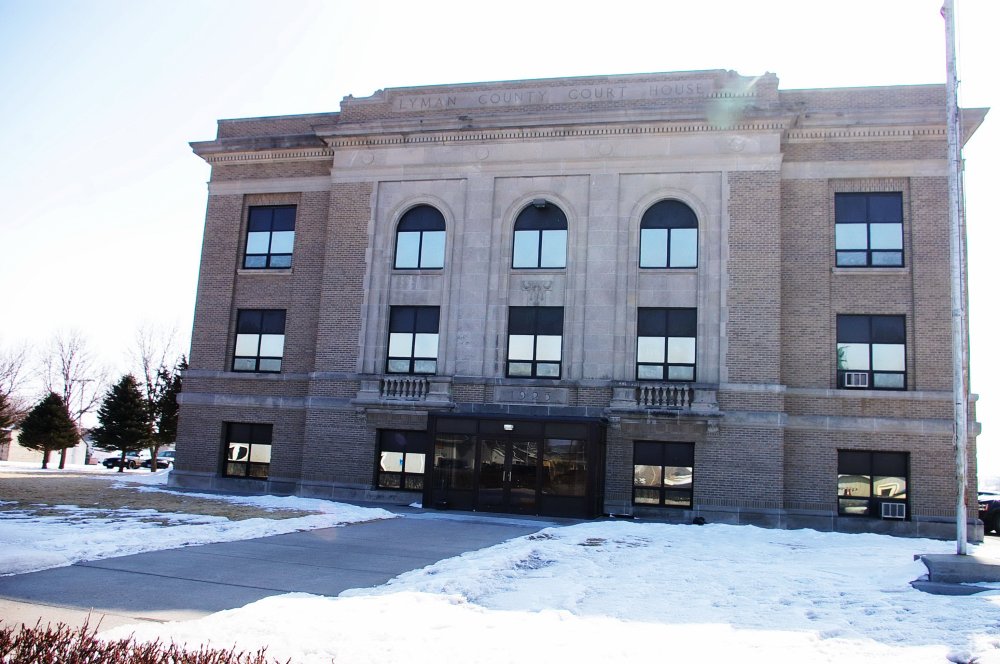 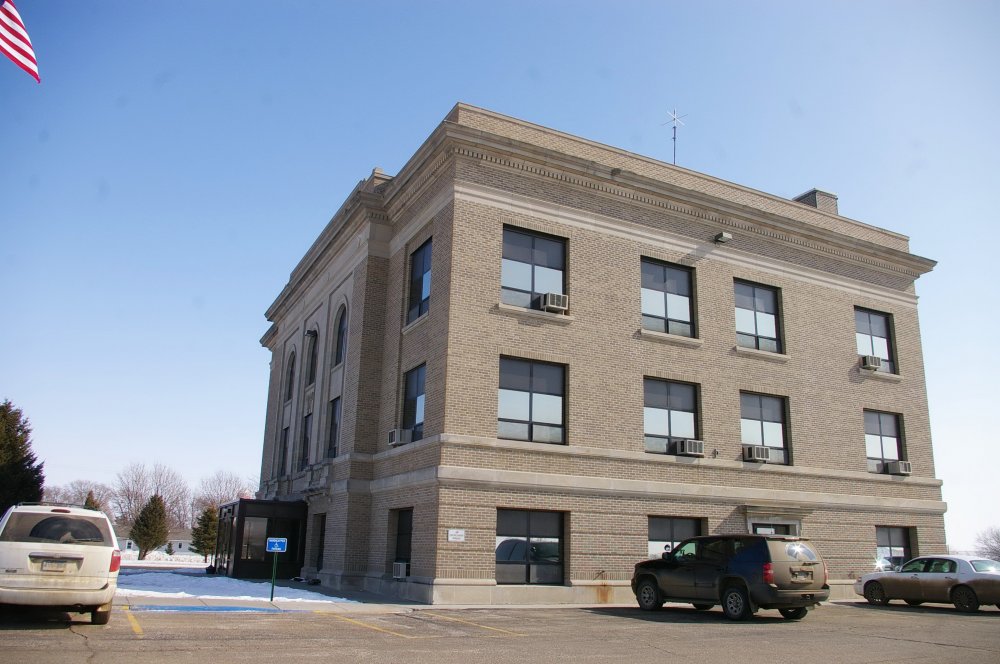 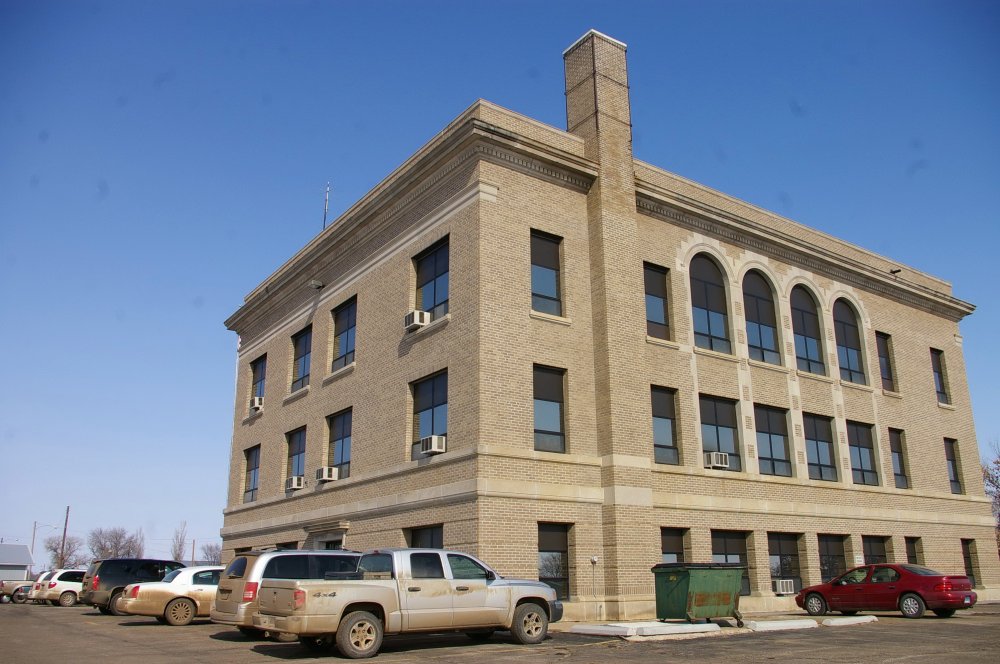 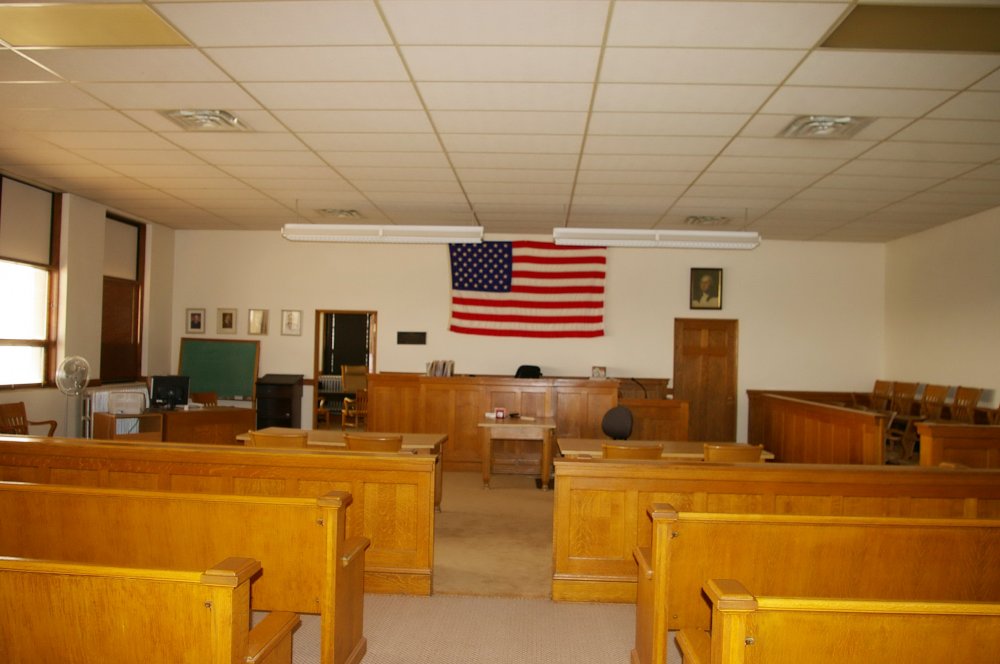 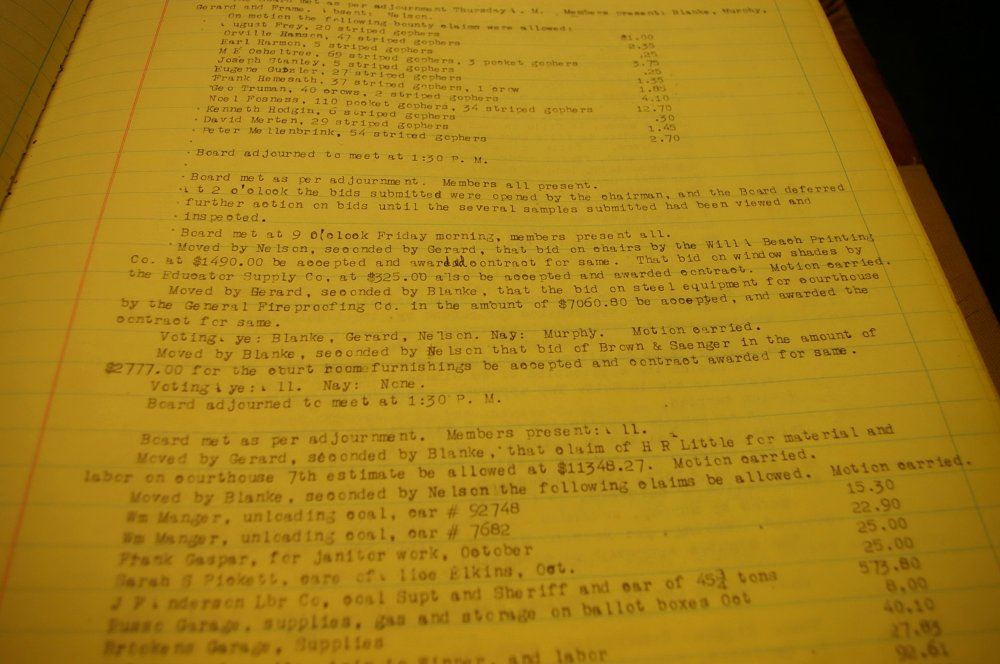