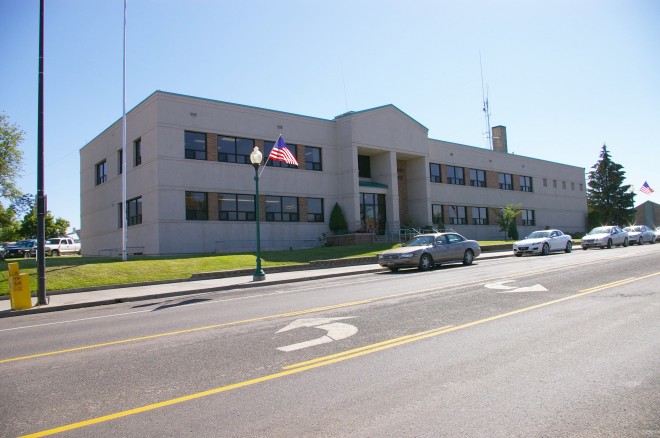 Idaho County is named for a former steamer called “Idaho” which was launched on the Columbia River in 1860, and Idaho is a Shoshone Indian name of a purple  columbine common in the region. 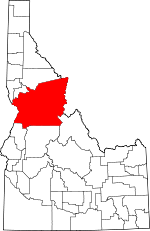 Description:  The building  faces north and is a two story gray colored concrete and glass  structure. The rectangular shaped building is located on landscaped grounds in the center of Grangeville. The north front has a central entrance which rises to a peak above the roof line. There is a centre divider with the entrance on the east side and recessed glass on the west side. The windows are horizontal with red brick dividers across the north front. The building houses the County District Court and County Magistrate Court of the 2nd Judicial District. 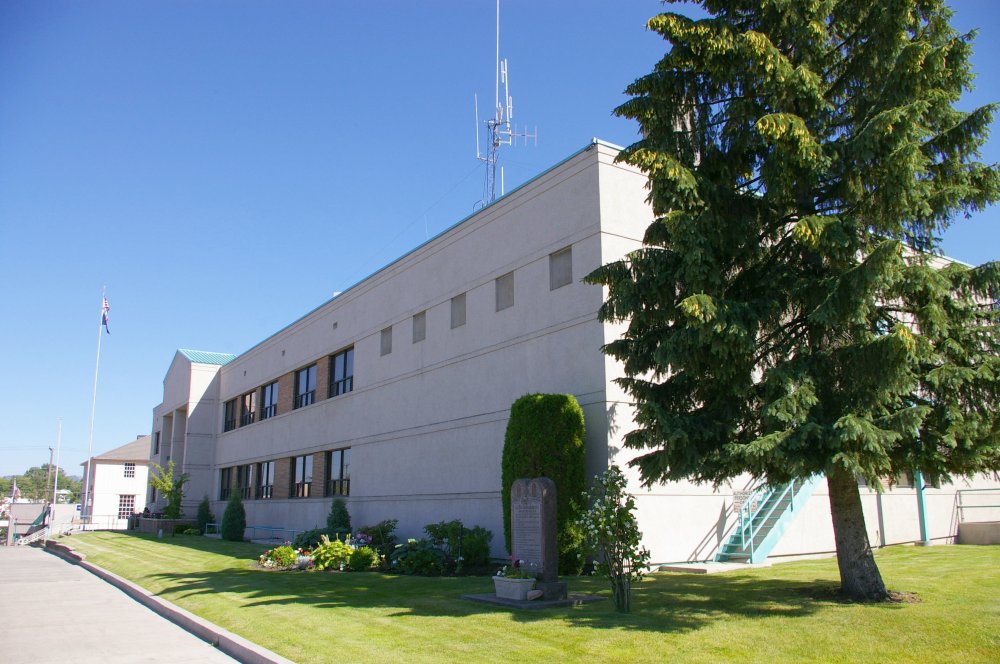 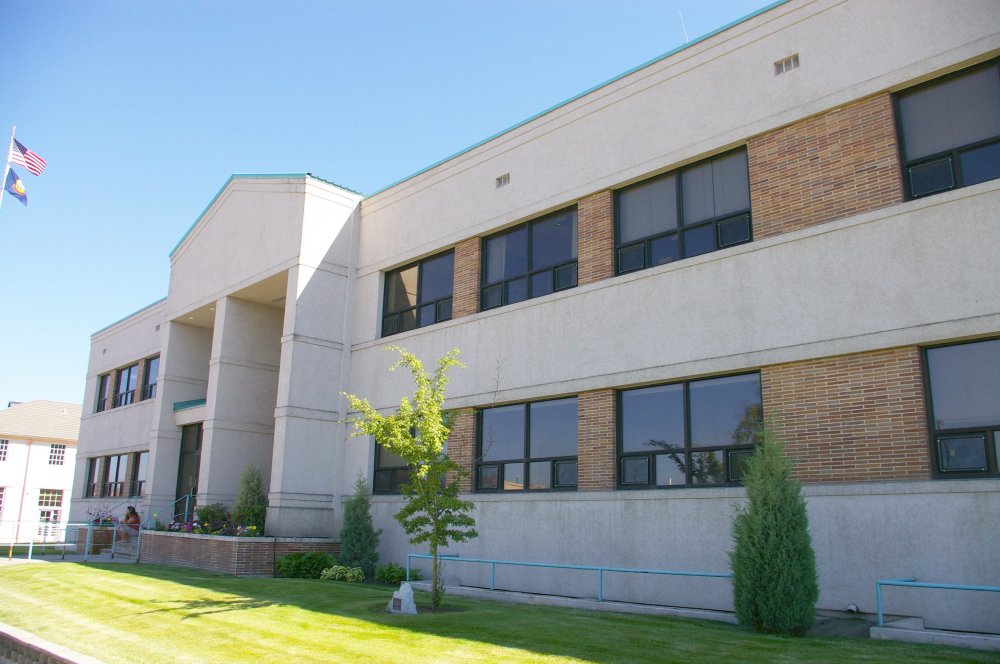 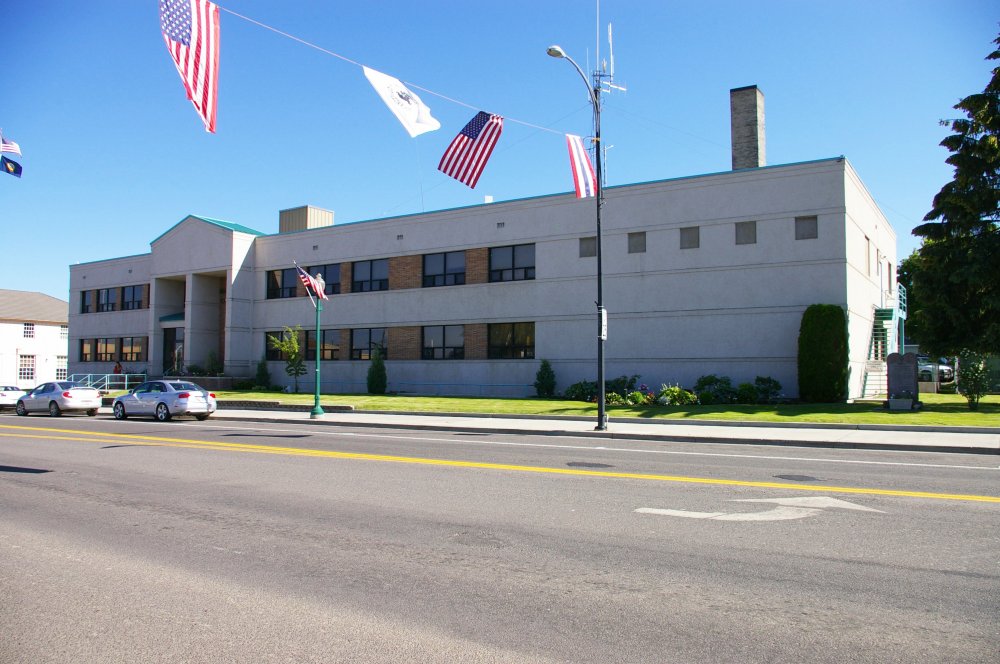 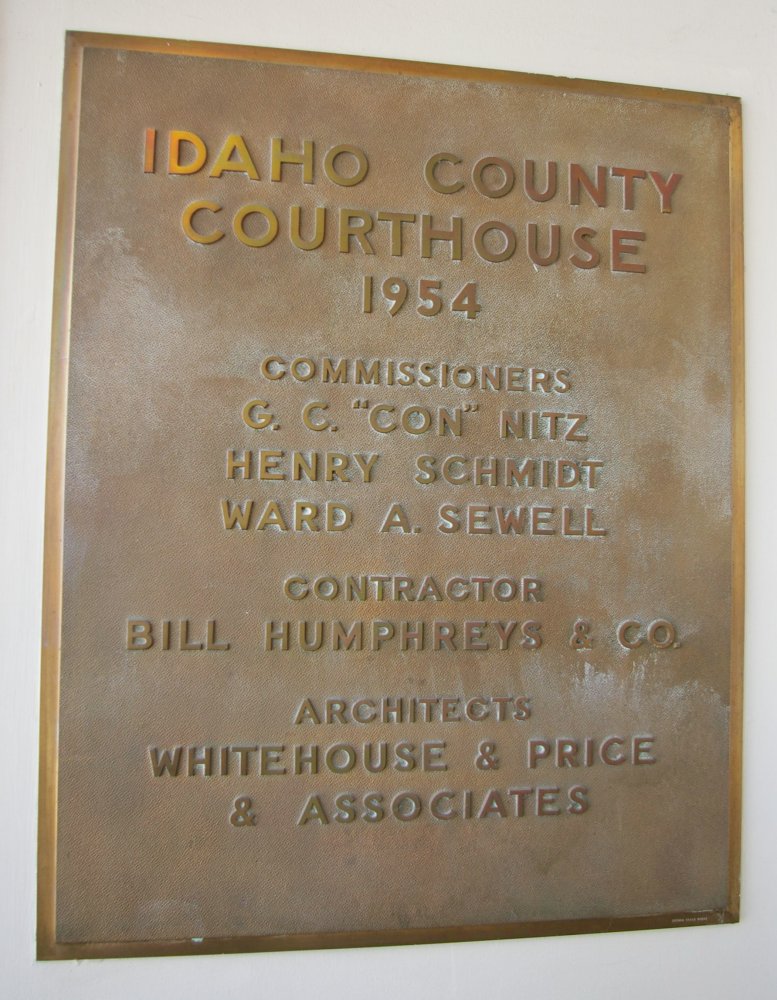