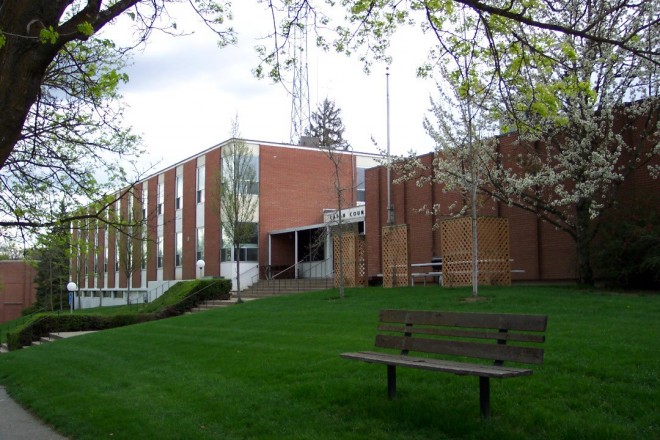 Latah County is named for the Latah Creek which name comes from the Chinook jargon meaning “tooth” or “teeth”, or for the Nez Perce term for “the place of pine trees and sestle” and an early name was “Lah-Toh”.

Description:  The building  faces west and is a two story red colored brick, concrete and glass structure. The building is located on landscaped grounds in the center of Moscow. The main entrance is located in the center and is one story in height. The south wing extends east and the north wing extends north from the central entrance. The windows are vertical and dived by red colored brick sections. The roof line is flat. The building houses the County District Court and County Magistrate Court of the 2nd Judicial District. The adjoining Law Enforcement Center was built in 1973. 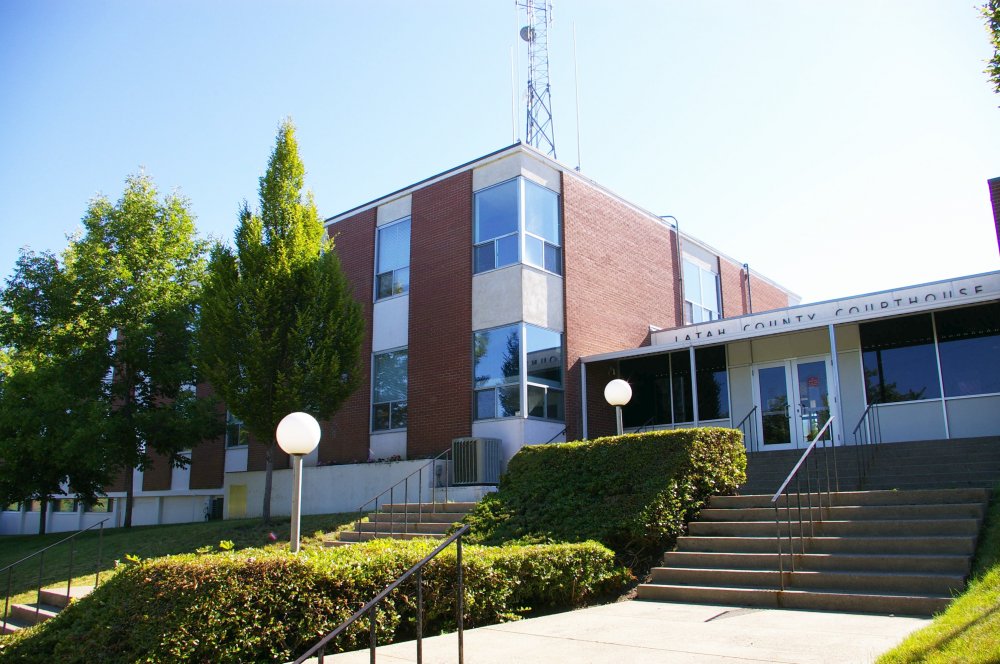 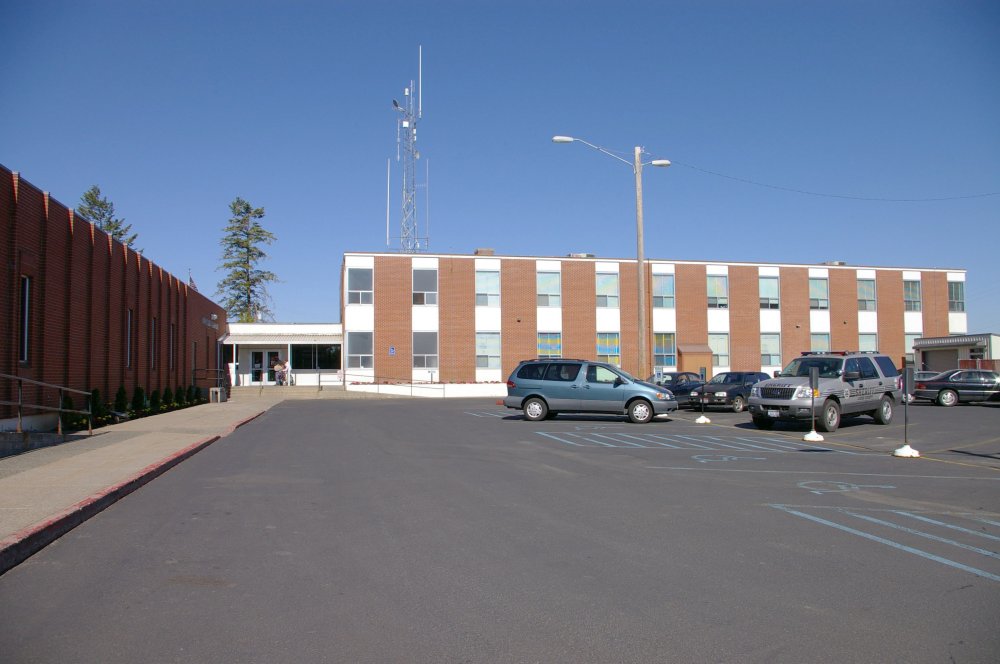 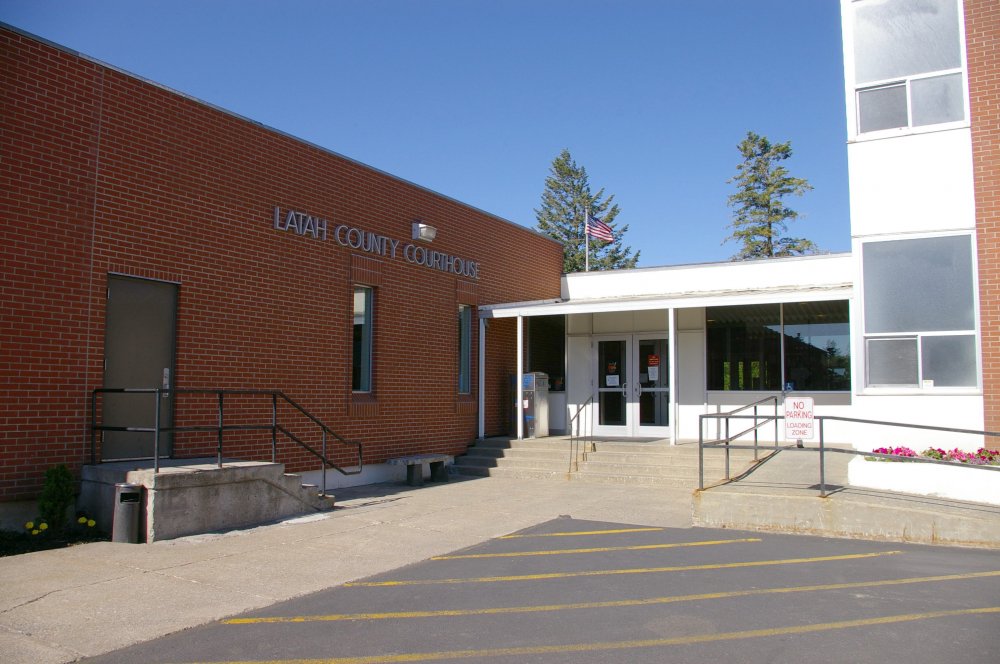 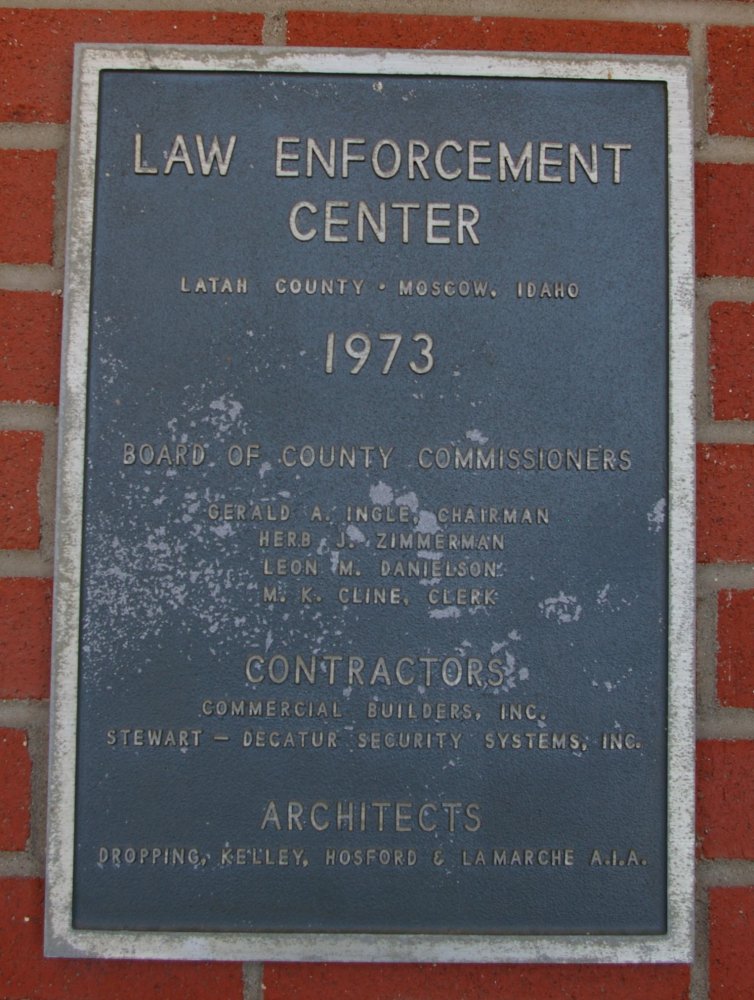 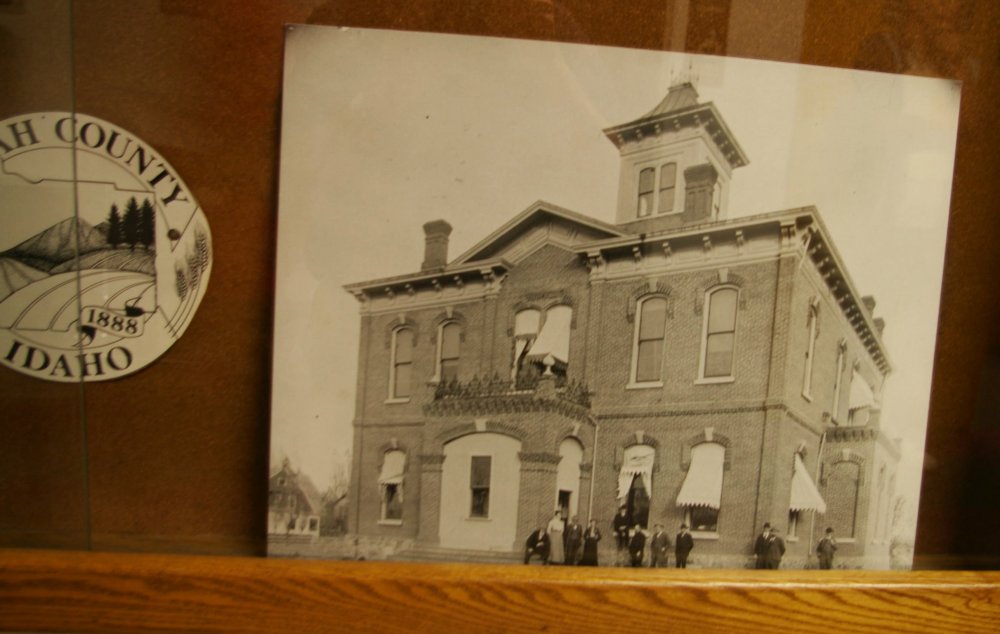