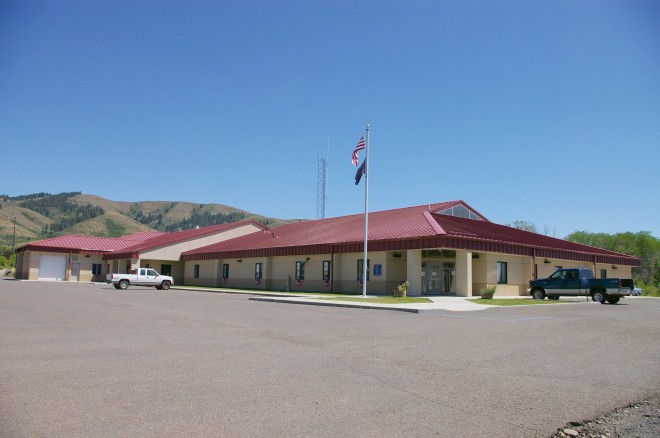 Description:  The building faces north and is a one story red colored brick and concrete  structure. The building is located on landscaped grounds on the north side of the center of Council. The northwest entrance has two large pillars and a recessed glass doorway. The exterior is a yellow colored concrete and the building has a hipped red colored roof. In the interior, the courtroom is along the north side. The building houses the County District Court and County Magistrate Court of the 3rd Judicial District.  Contracts for plumbing were awarded to C & R Plumbing and Heating of Dalton Garden, for sheet metal to Outland Steel of Nampa and for mechanical to Lewis Mechanical of Pocatello. 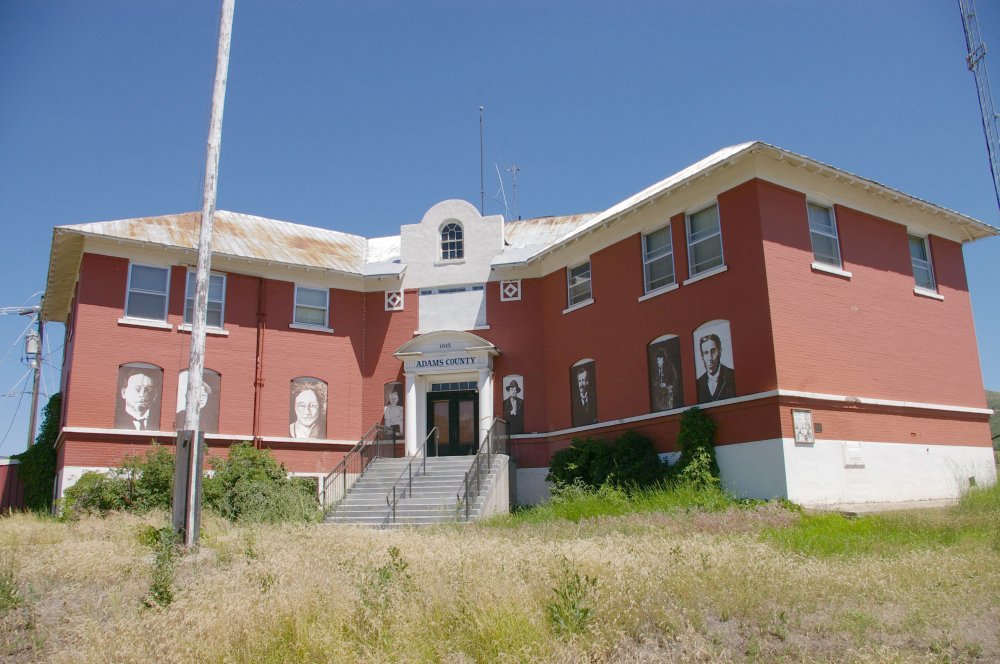 Description:  The building faced west and was a two story red colored brick and concrete structure. The building was located in the center of Council. The building had a raised basement. There was a west wing and a south wing forming “V” shape. The main entrance was at the junction of the wings with a dormer above at the roof line. The entrance had white colored Tuscan columns. In the interior were plaster walls with exposed beams.  During construction of the building, G S Geddes was appointed supervisor. The building was maintained by the Adams County Historic Preservation Commission but was demolished in November 2017. 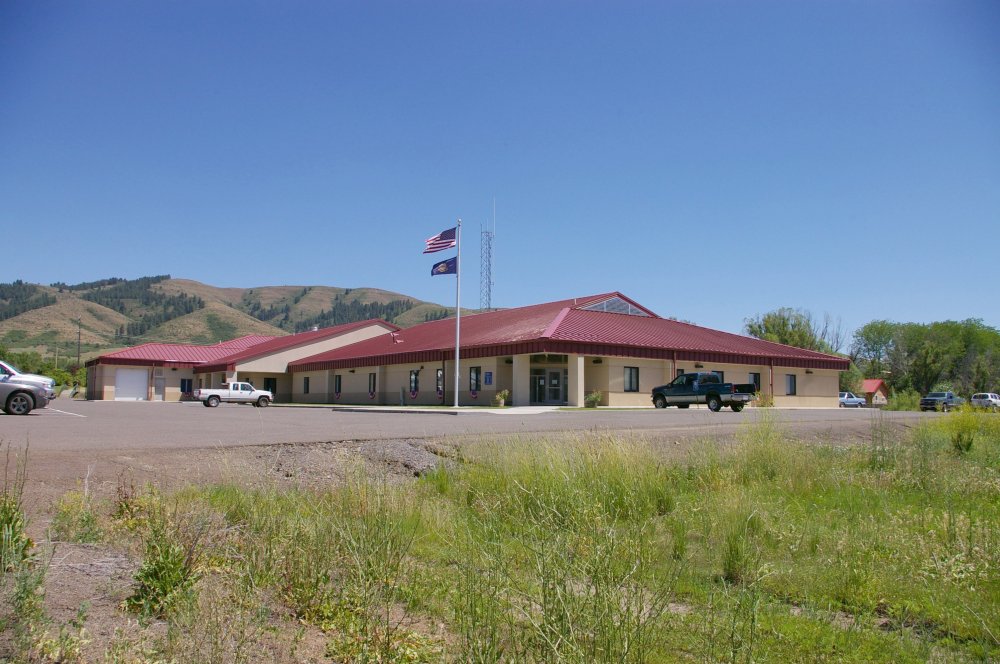 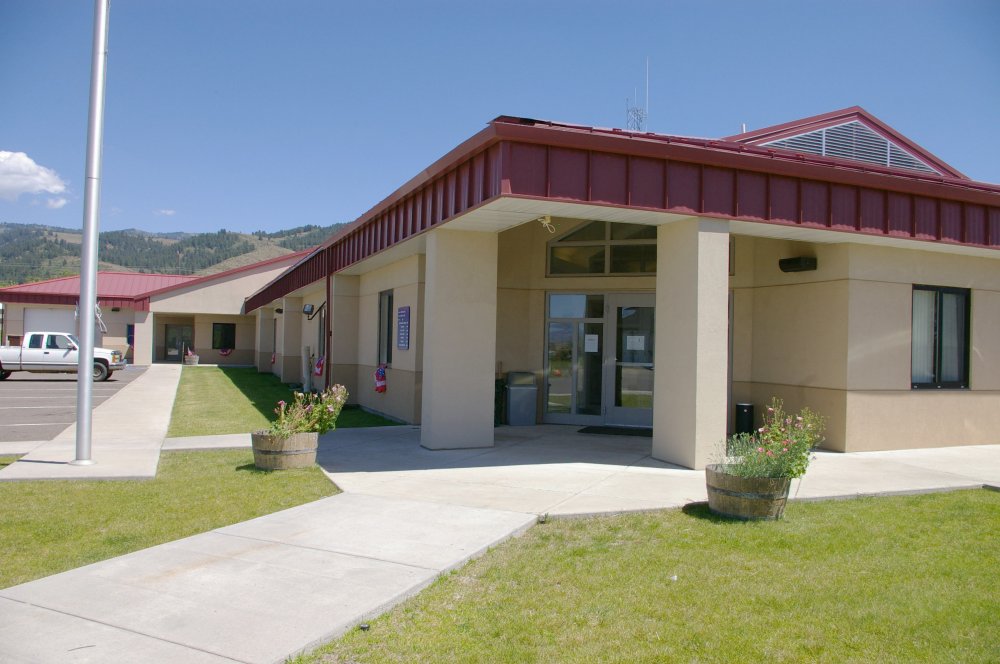 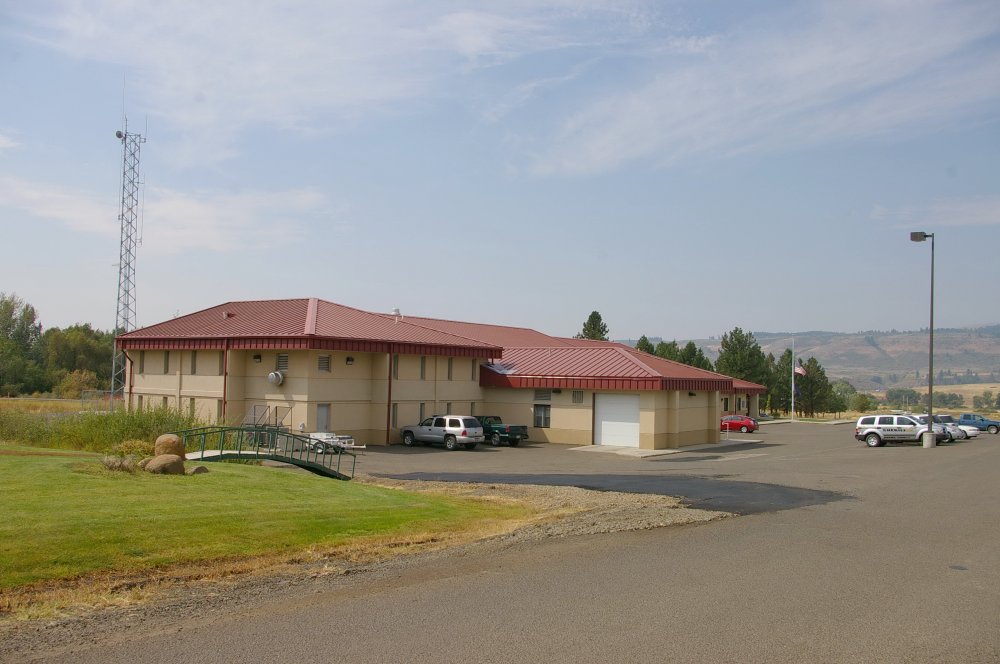 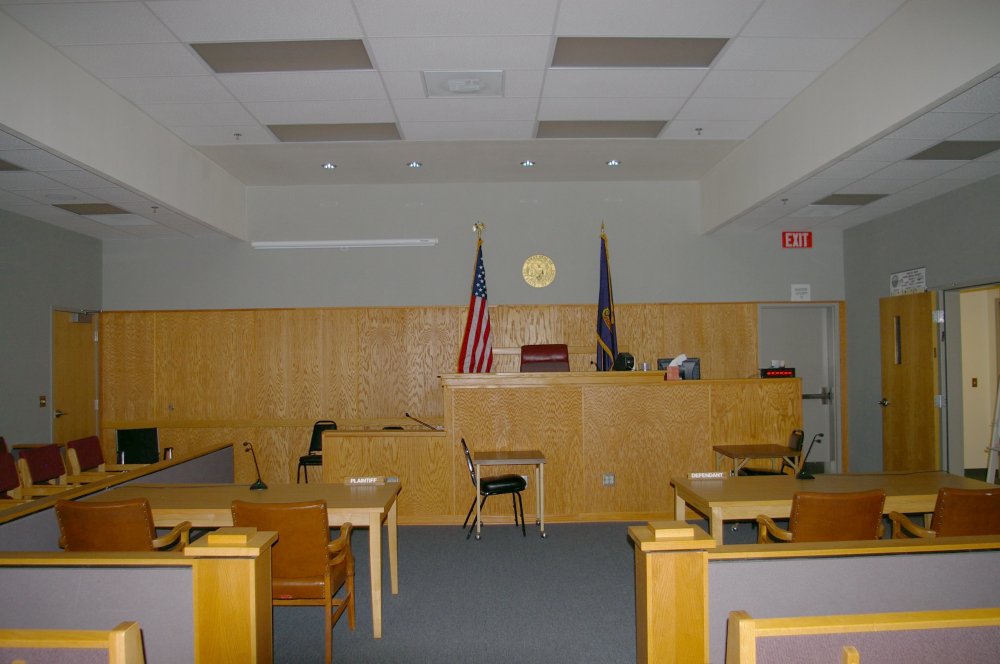 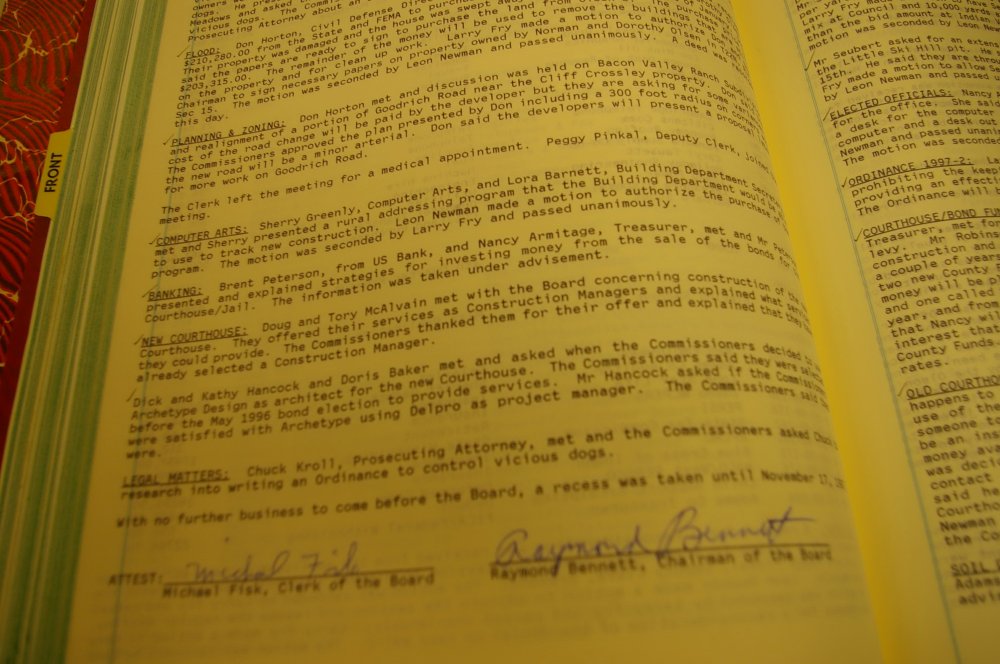 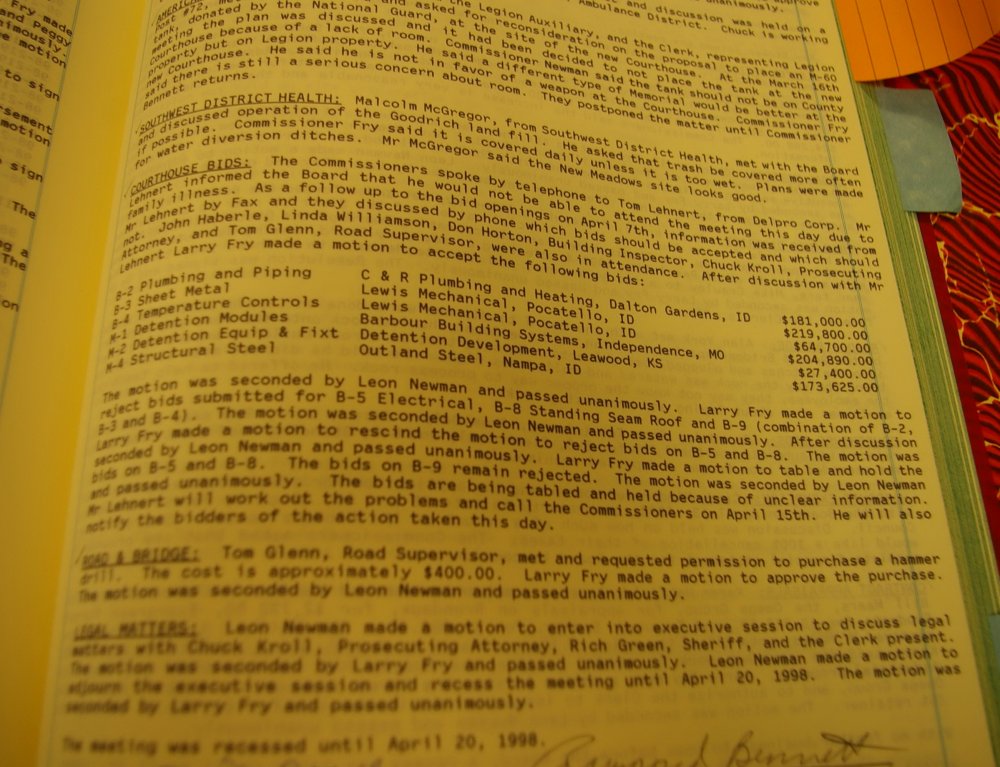 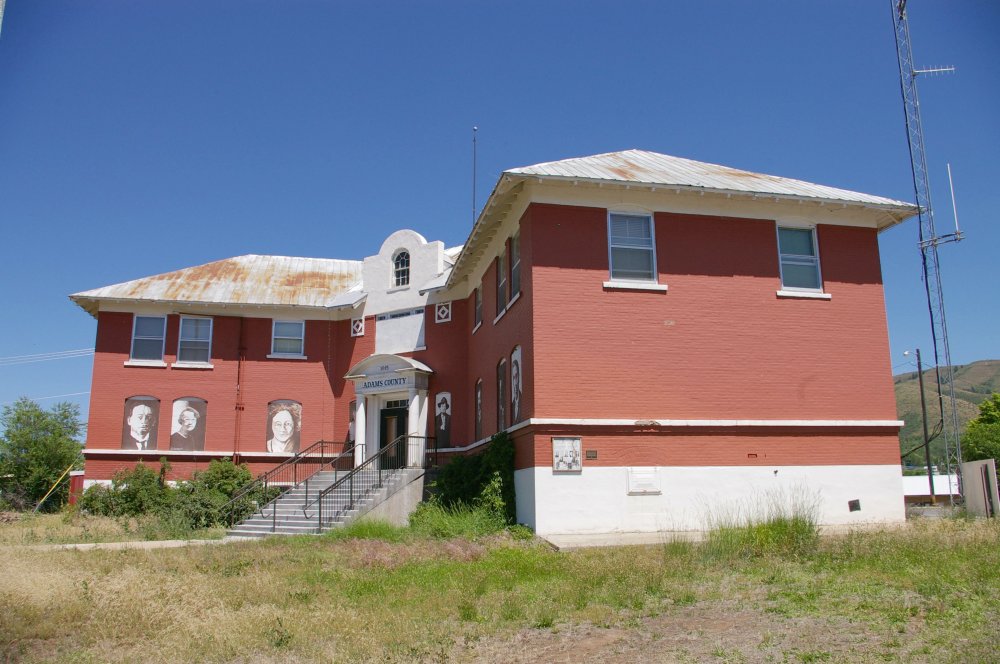 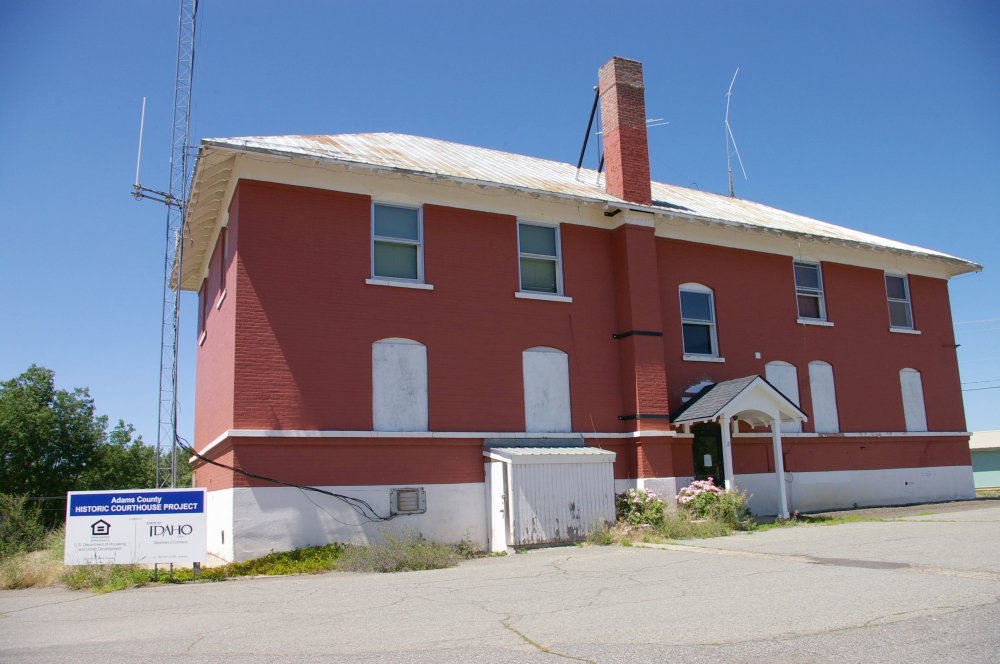