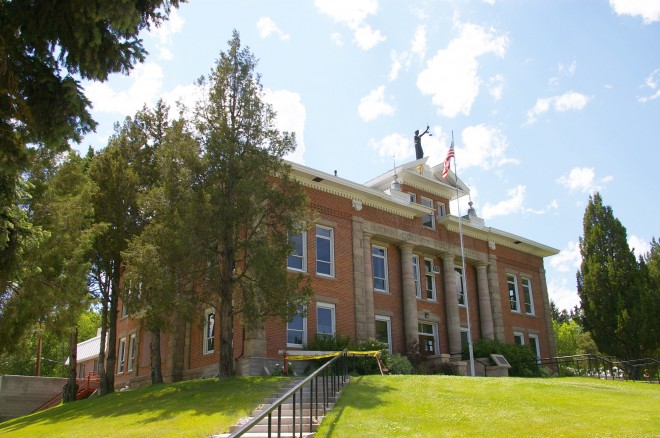 Lemhi County is named for Fort Lemhi ( Limhi ), which was a remote Mormon missionary settlement from 1855 to 1858 in Bannock and Shoshone territory. 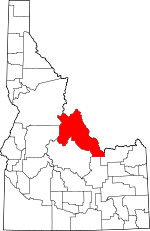 Description:  The building  faces northeast and is a two story red colored brick and concrete structure. The square shaped building sits on a landscaped hill in the center of Salmon. The northeast front has four tall columns rising to the top of second story with a header above. Rusticated stone trim compliments the brick. The first story entrance is framed with stone. At the roof line is a third story dormer with a Statue of Justice on the top by George Oxham of Ogden, Utah. In the interior, the courtroom is located on the east side of the second story. The building houses the County District Court and County Magistrate Court of the 7th Judicial District.  On the west side is a one story addition which houses the Sheriff’s Office. All the stone employed came from the Shoup quarry on Mud creek nearby. 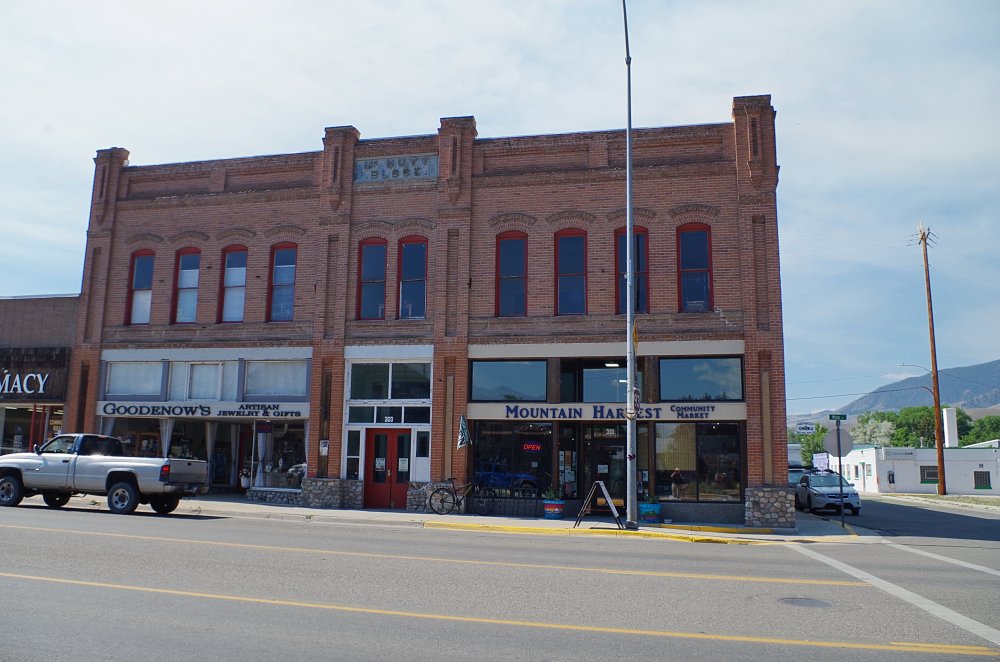 Description:  The building  faces north and is a two story red colored brick and concrete structure. The north front has commercial business on the first story. The second story has vertical windows. The roof line is flat. The building was named as the McNutt Building and later known as McPherson’s Dry Goods . The County occupied the second story from 1901 to 1909.

History: The county was created in 1869 and Salmon was selected as the county seat in 1869. The county used rented premises. In 1901, the county occupied the second story of the McNutt Building which is still standing at 301 Main Street and South Terrace Street. The present courthouse was constructed in 1909 to 1910. 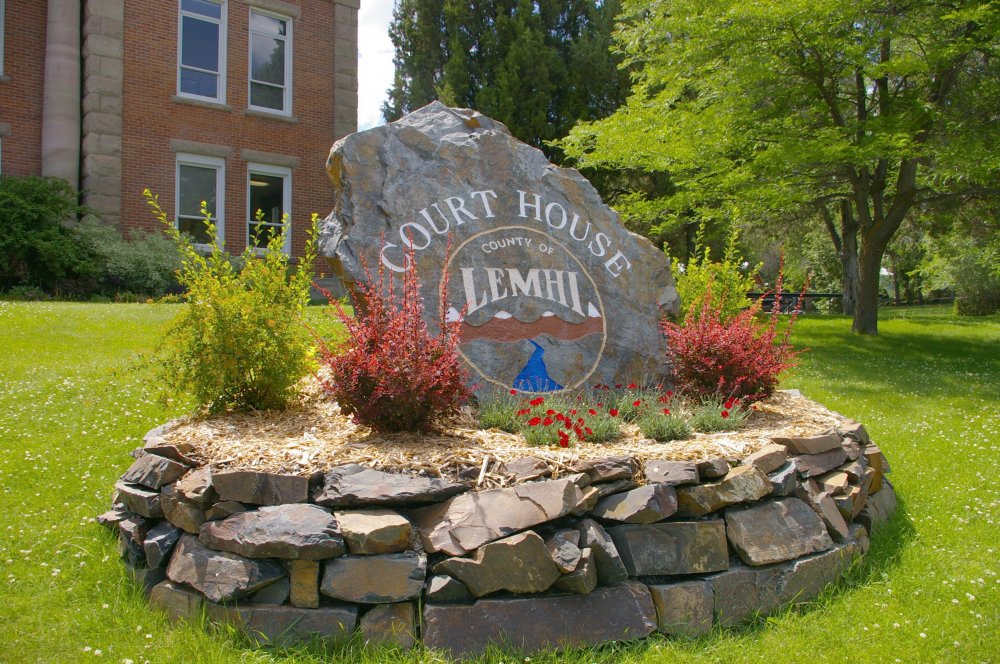 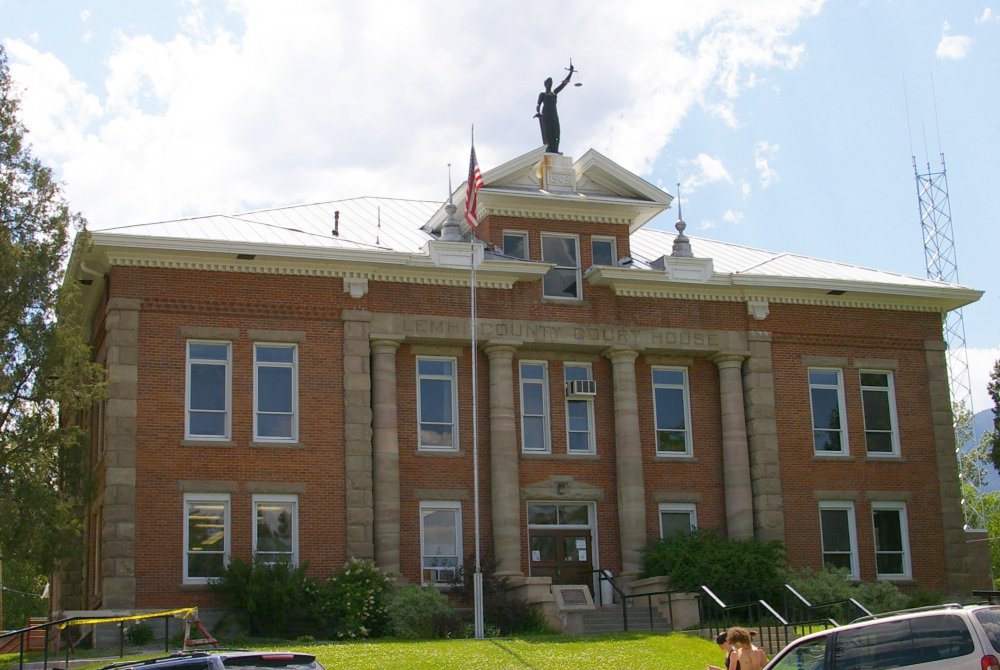 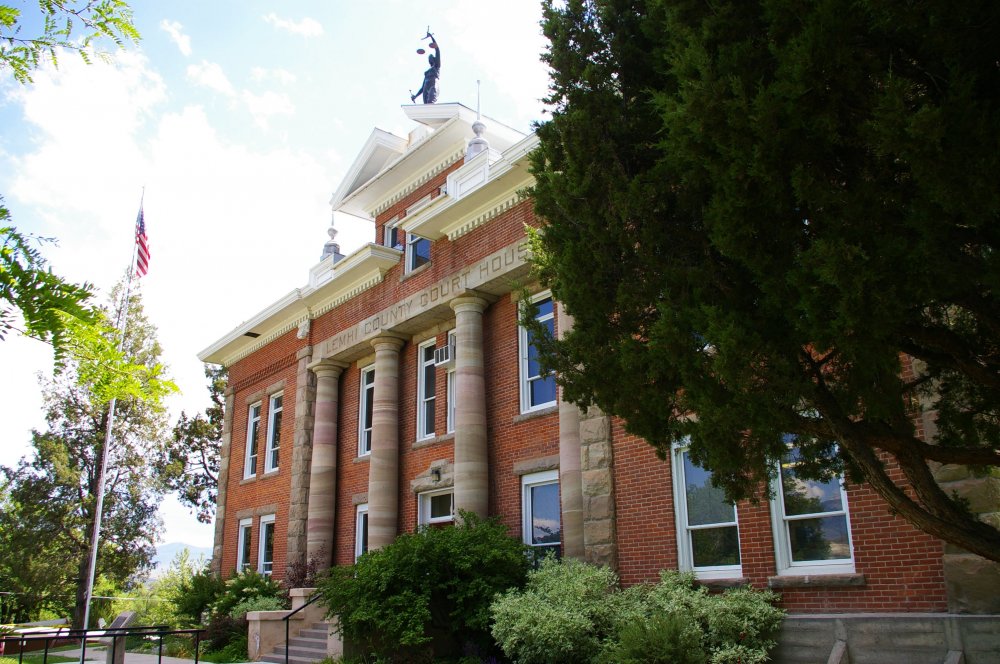 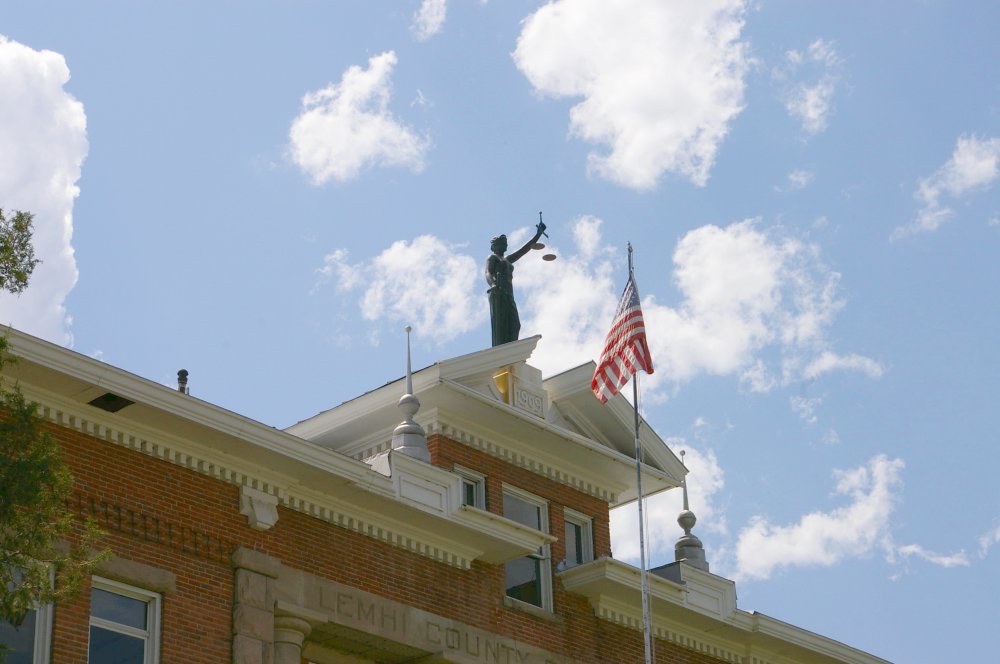 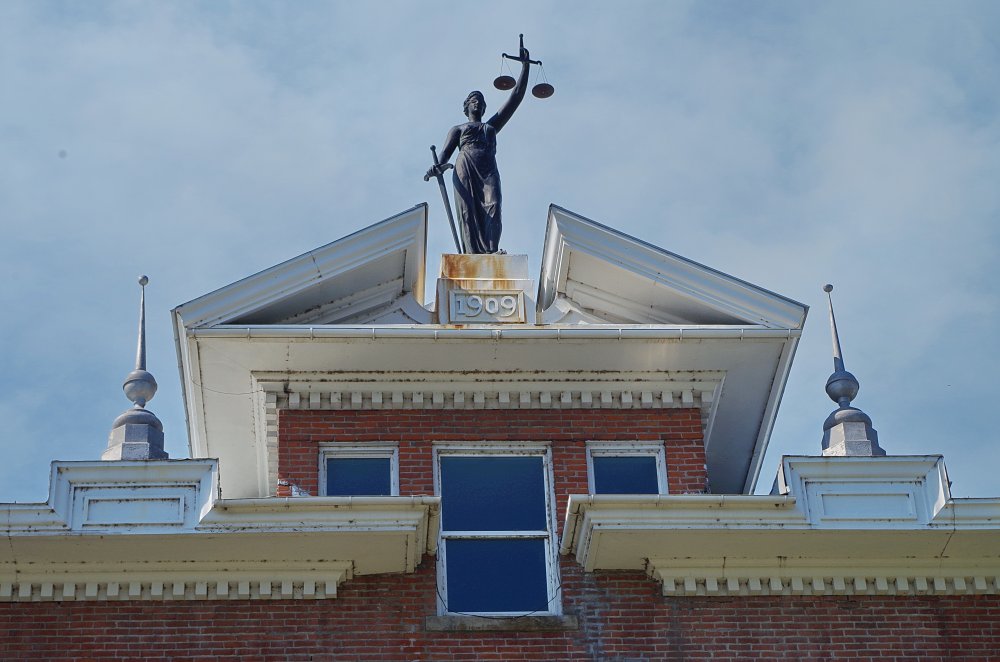 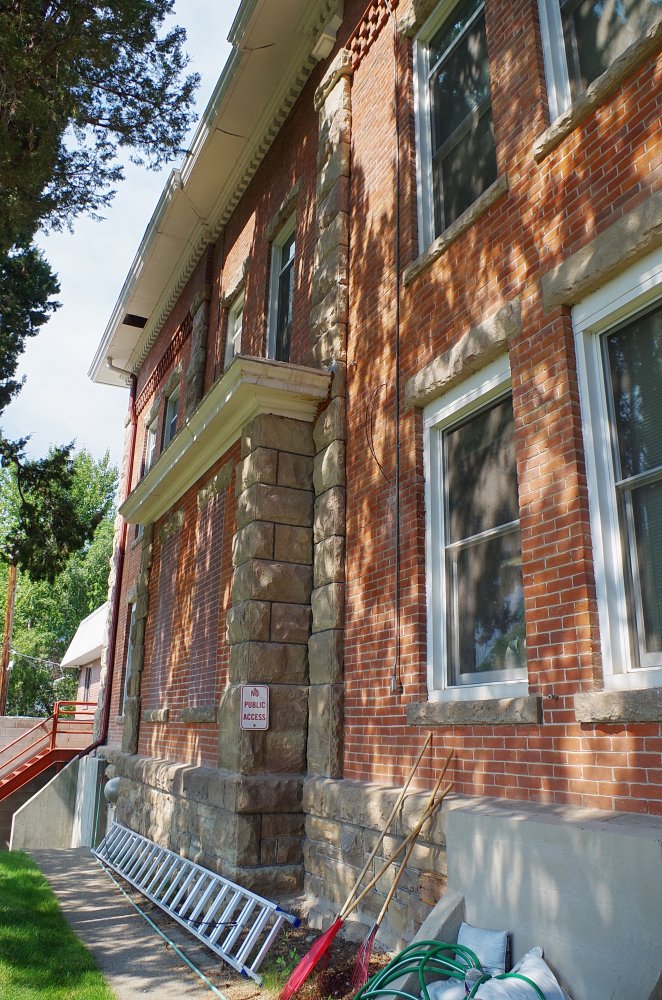 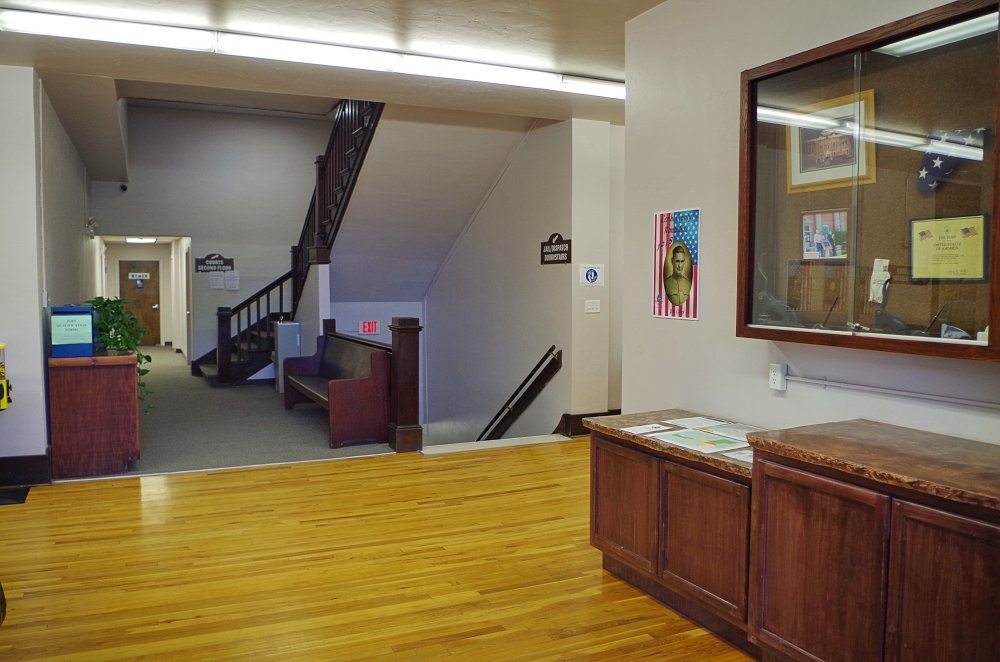 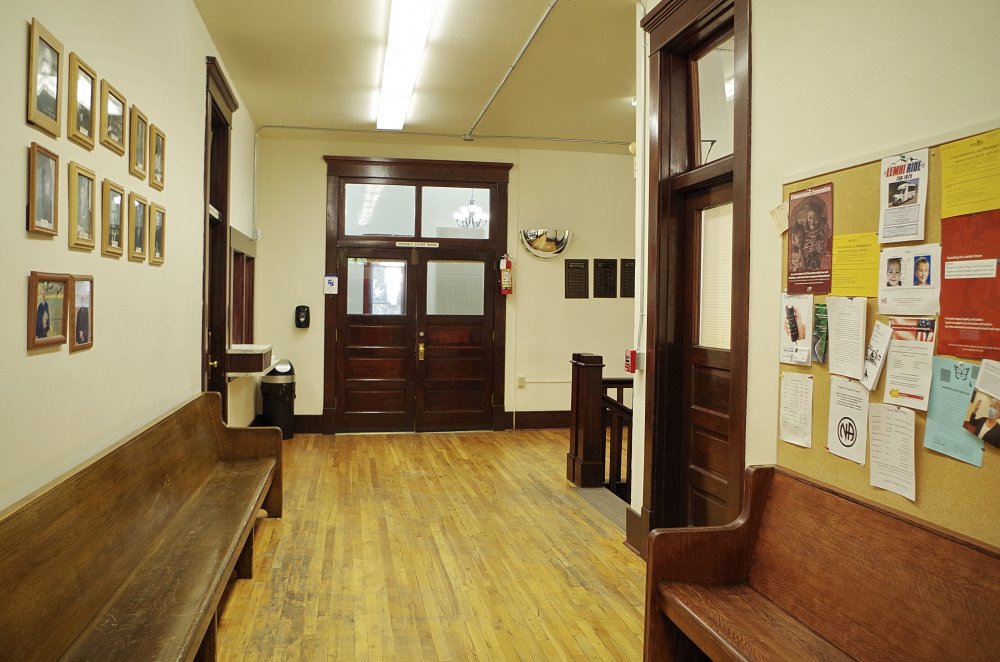 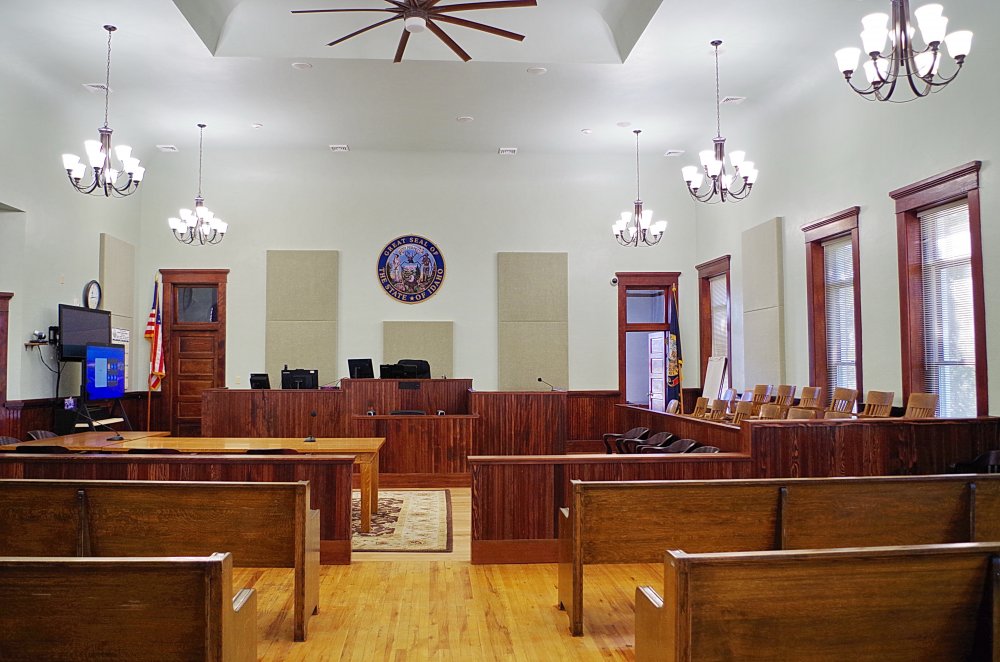 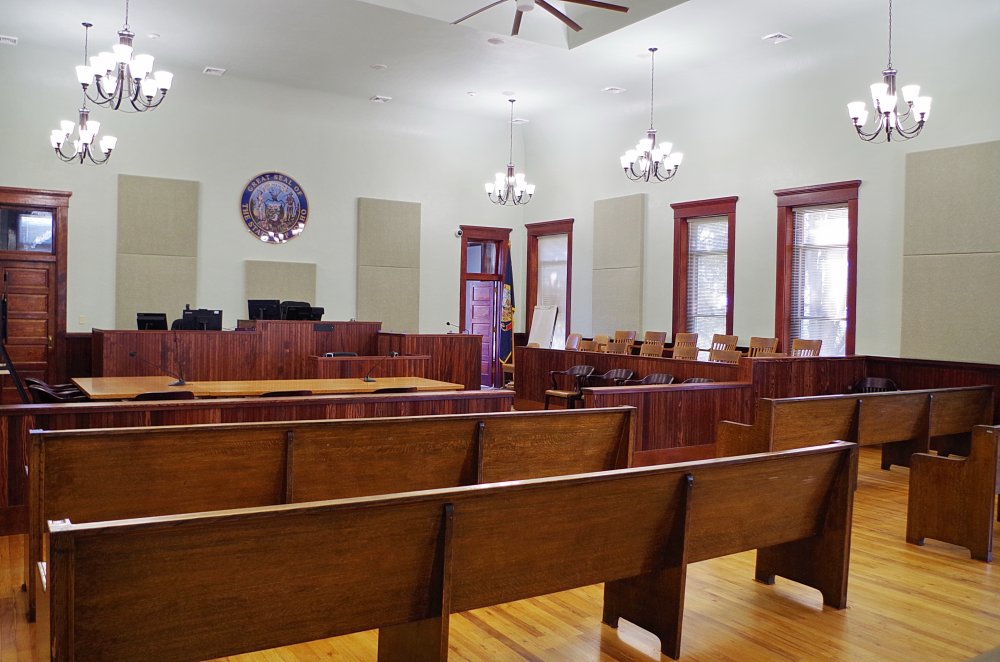 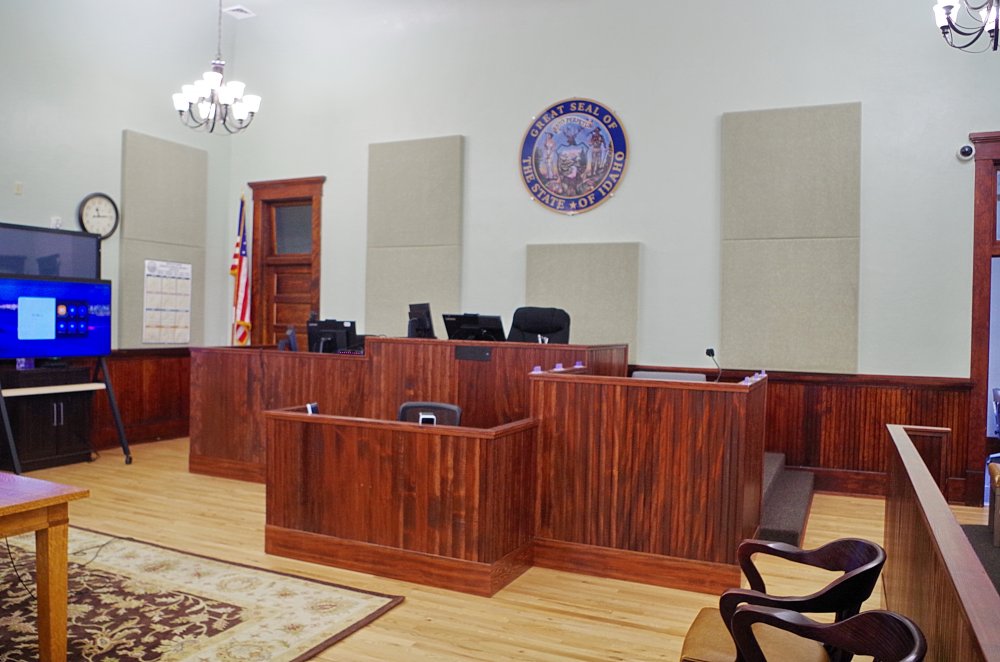