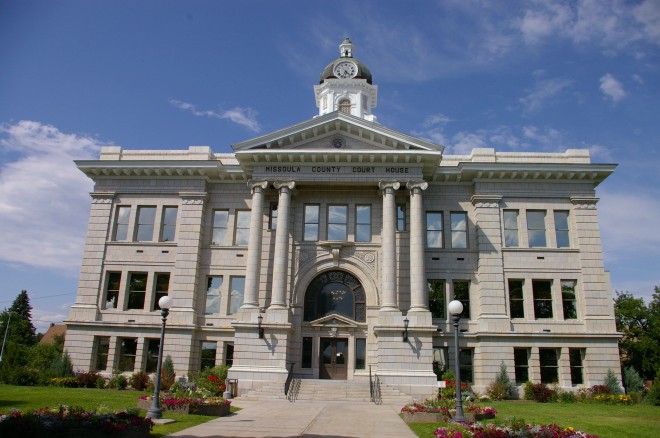 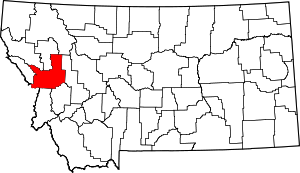 Description:  The building faces south and is a three story gray colored sandstone block and concrete structure. The building is located on landscaped grounds in the center of Missoula. The building has a raised basement. The south front has two double columns rising from the second story to a pediment at the roof line. Wide stairs ascend to the entrance which has a large arched window above. The cornice projects from the roof line around the building. In the building center is an integral iron-clad dome with clock and small cupola at the top. Within the dome is a two ton bell. In the interior there is a rotunda under the ornately decorated dome. The plaster columns supporting the rotunda are Doric on the basement level and Ionic on the main second story and Corinthian on the third story. The large County District Court courtroom is located on the third story. There are eight murals by Edgar Samuel Paxon. The building houses the County District Court of the 4th Judicial District and County Justice Court. The building was renovated in 2016. The architect was A & E Architects of Missoula and the contractor was Jackson Contractors Group of Missoula.
See:  National Register of Historic Places – Missoula County Courthouse 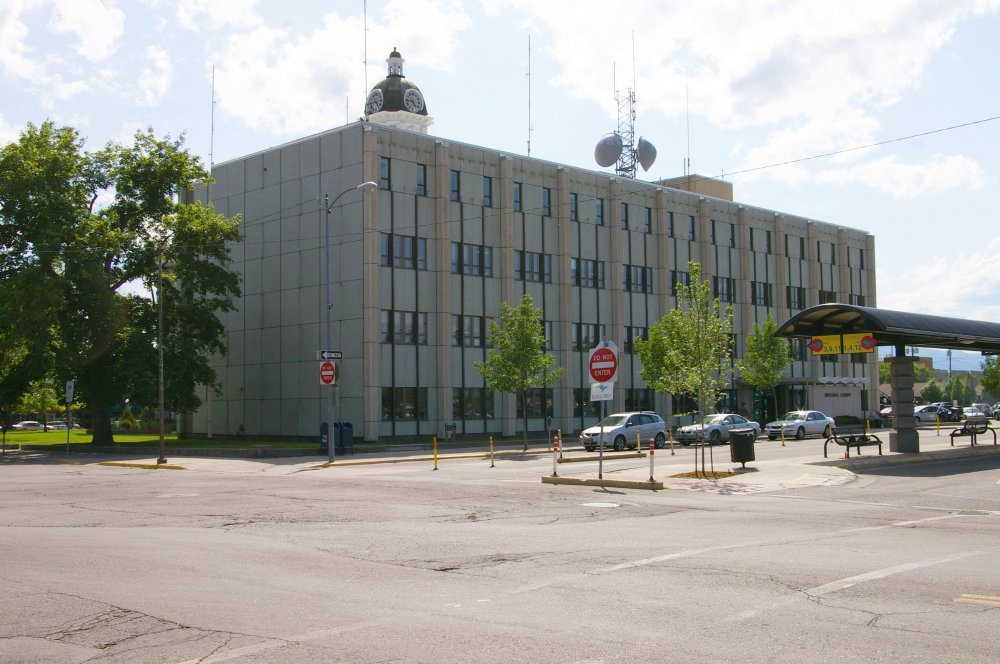 Description:  The building faces north and is a four story concrete and glass structure. The building is located in the center of Missoula and is connected on the south side to the courthouse. The roof line is flat. 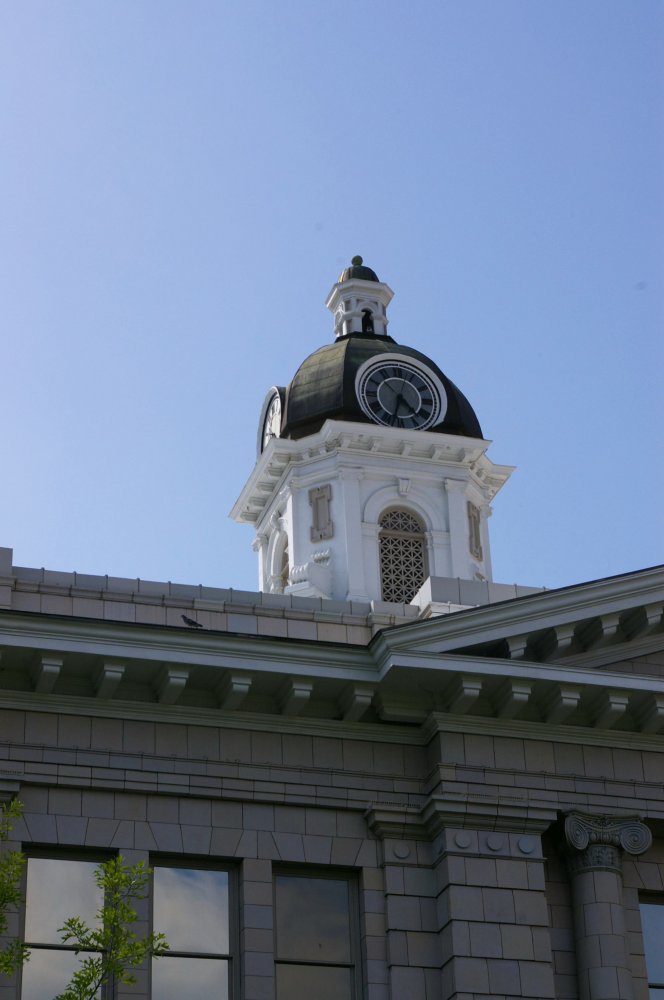 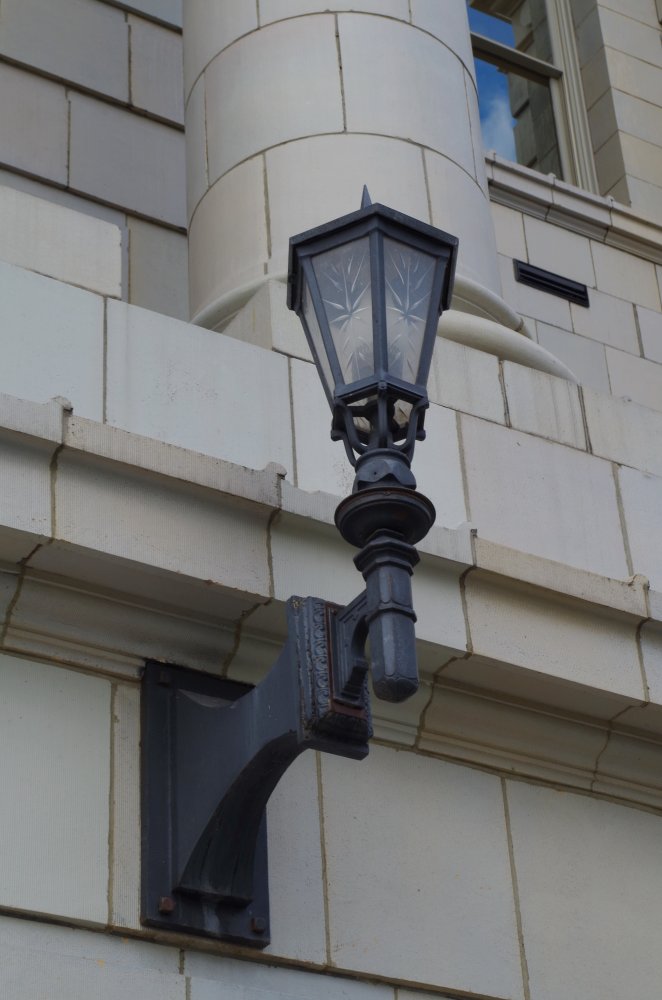