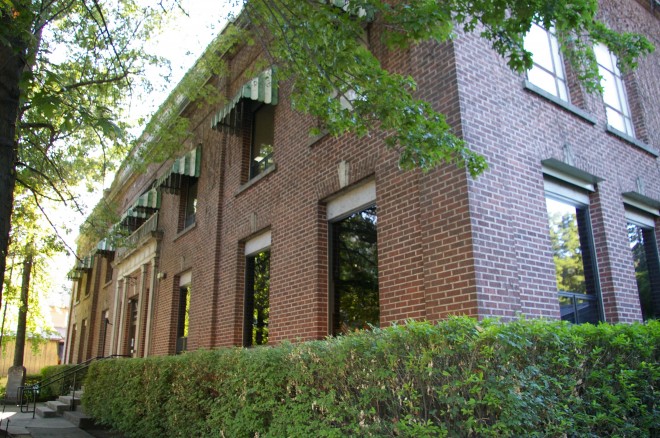 Clearwater County is named for the Clearwater River which flows through the county and has clear water. 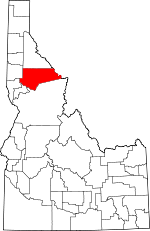 Description:  The building  faces southeast and is a two story red colored brick and concrete structure. The building is located on landscaped in the center of Orofino, The building has a concrete foundation. The southeast entrance has four columns rising to a header on the first story. The roof line is flat. In the interior, the floors are hardwood. The courtroom is located on the east side of the second story. The building houses the County District Court and County Magistrate Court of the 2nd Judicial District. An addition was constructed on the northwest side in 1976. The architect was Architectural Workshop Architects and the contractor was Hollibaugh Construction Company.

Note:  During construction of the courthouse the bid from Fred D Hammond of Orofino was $43,700. The plumbing and heating was awarded to Powell & DeLong of Moscow at $5,705 and the electrical was awarded to Brown-Johnstone of Spokane, Washington at $1,120. E W Jewell did the excavation work. 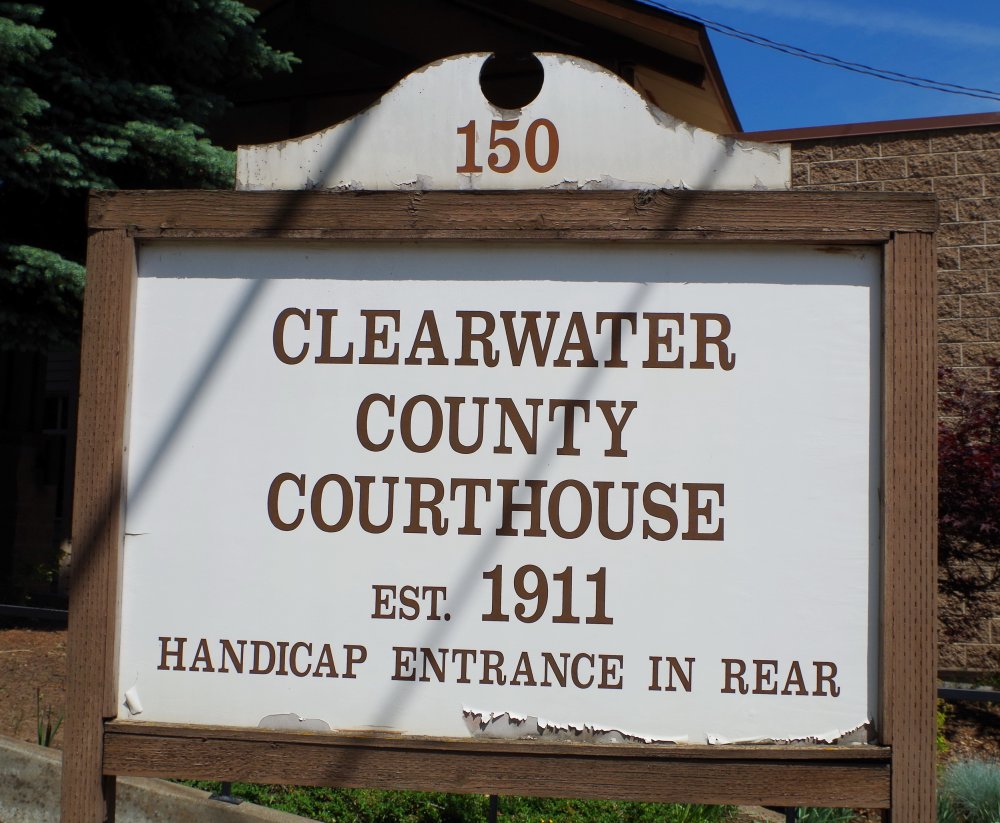 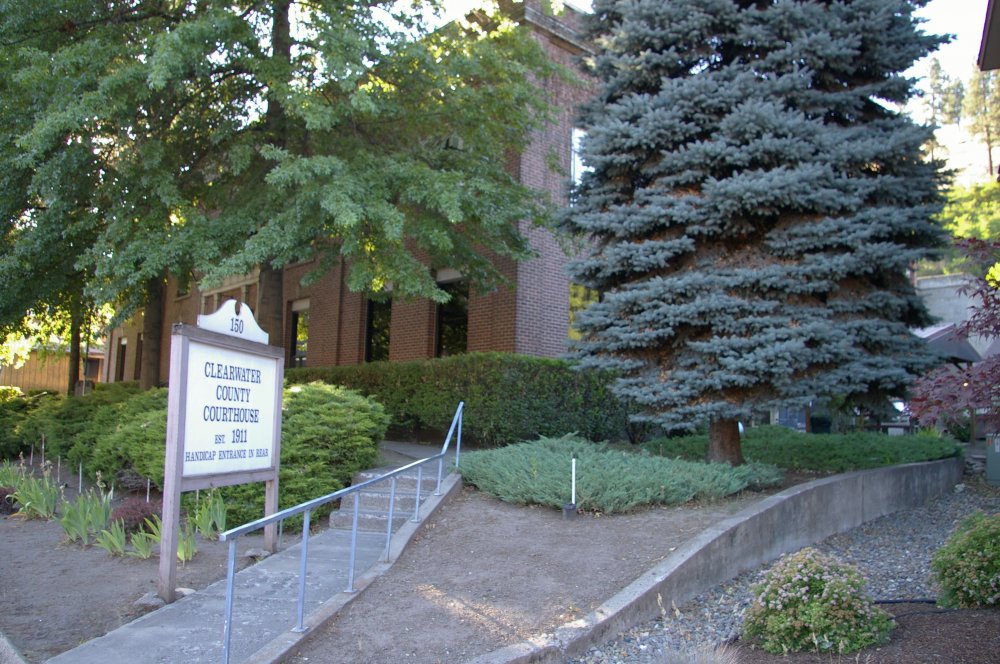 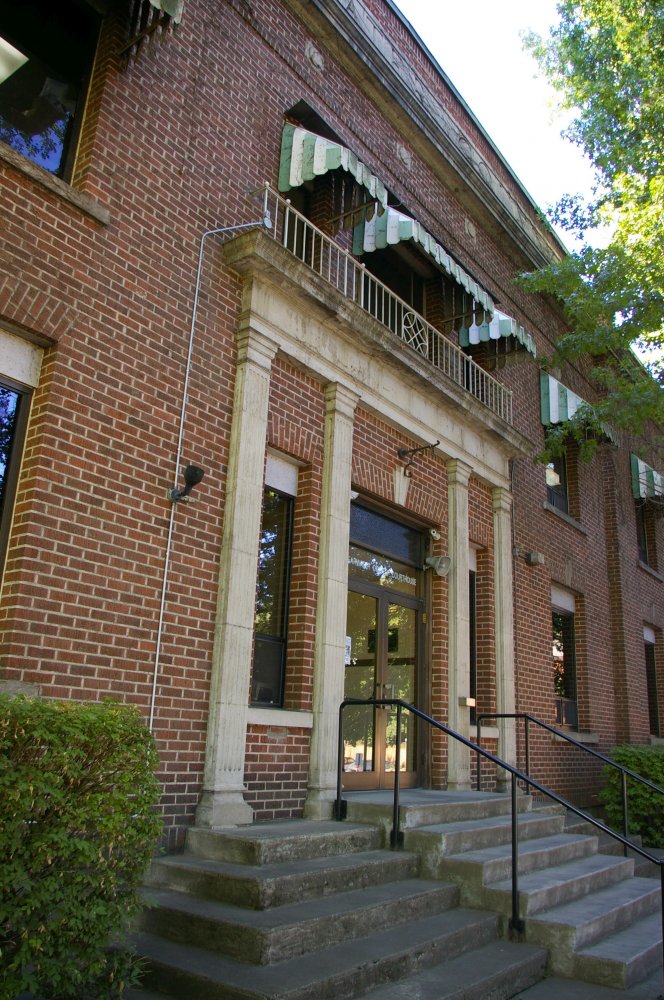 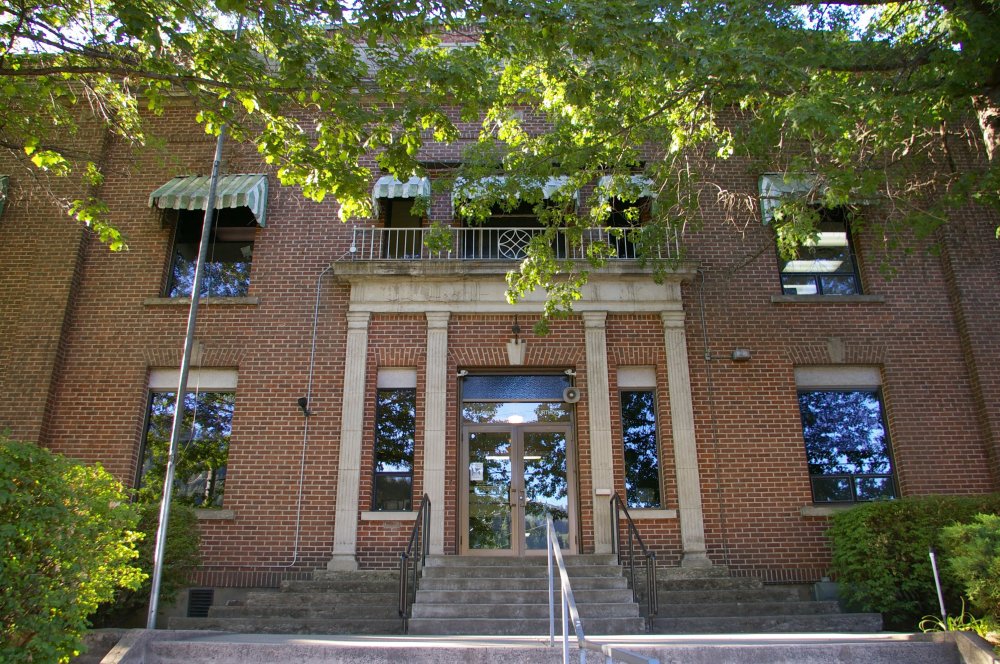 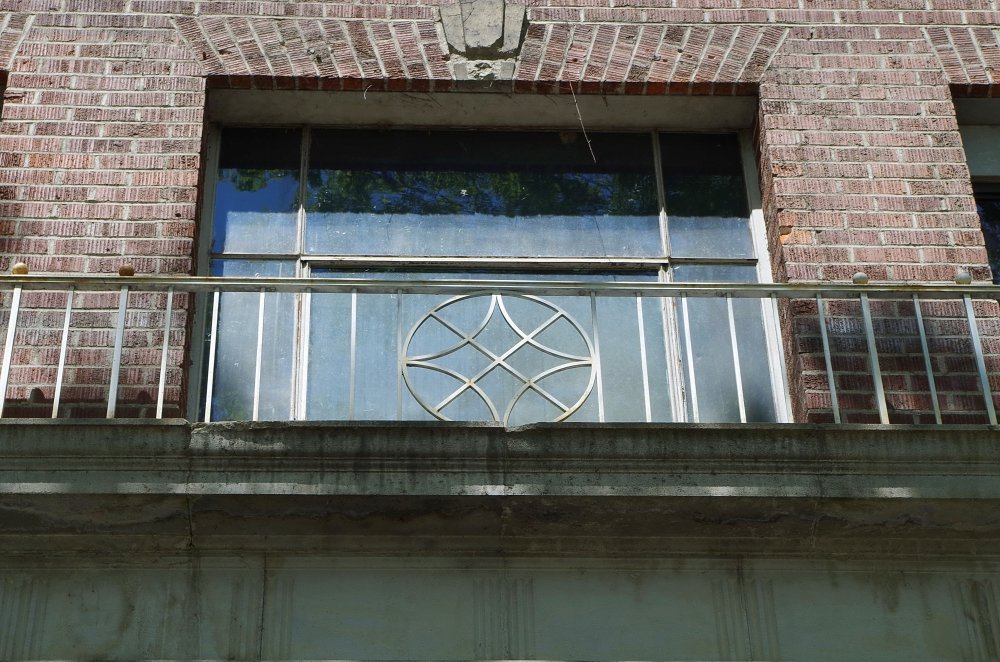 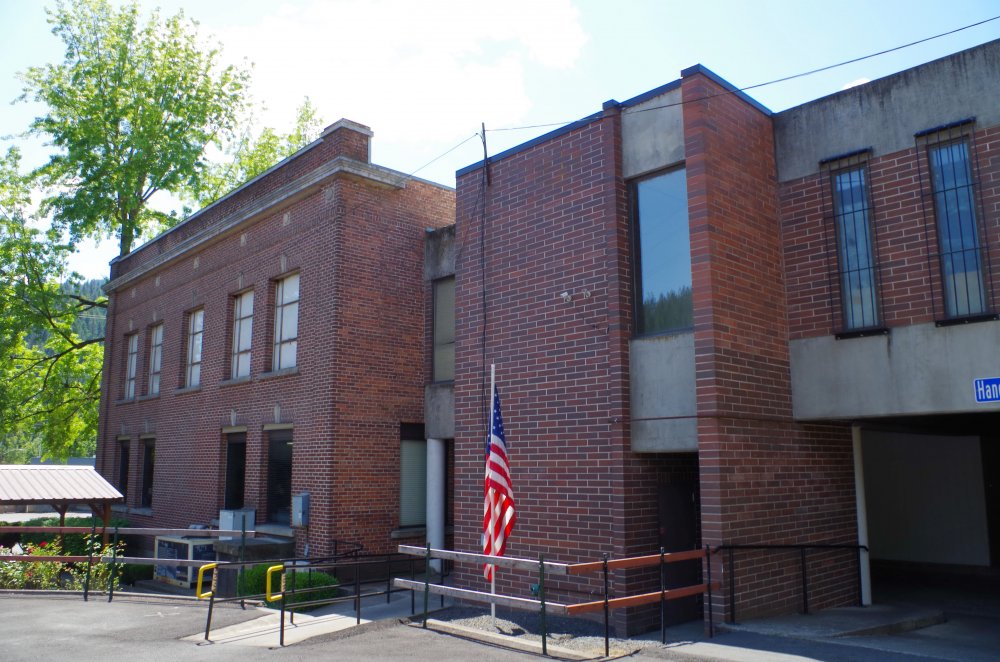 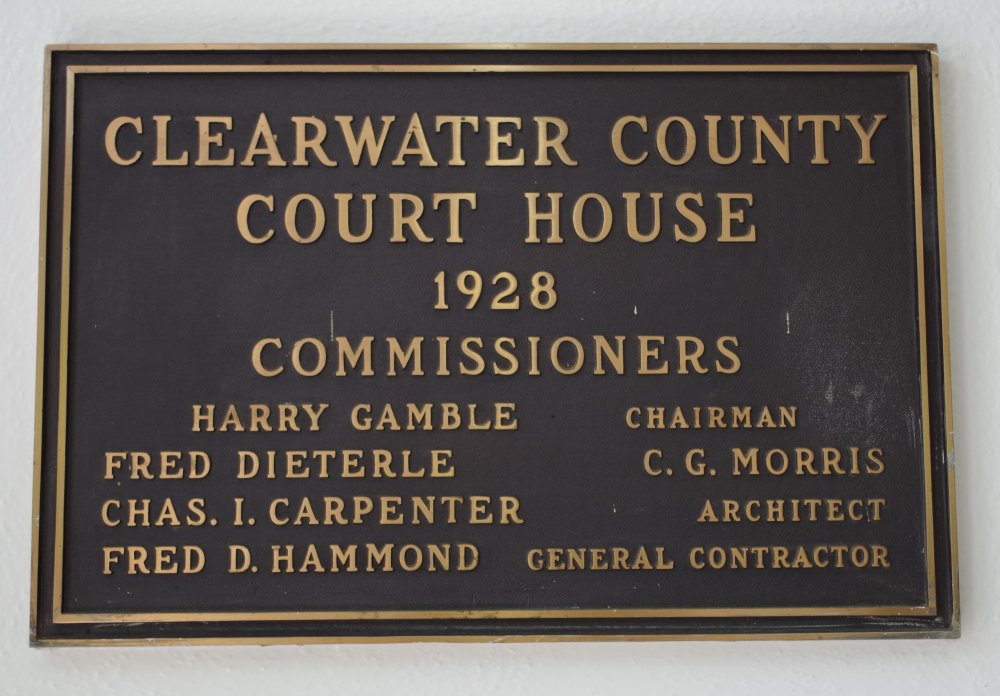 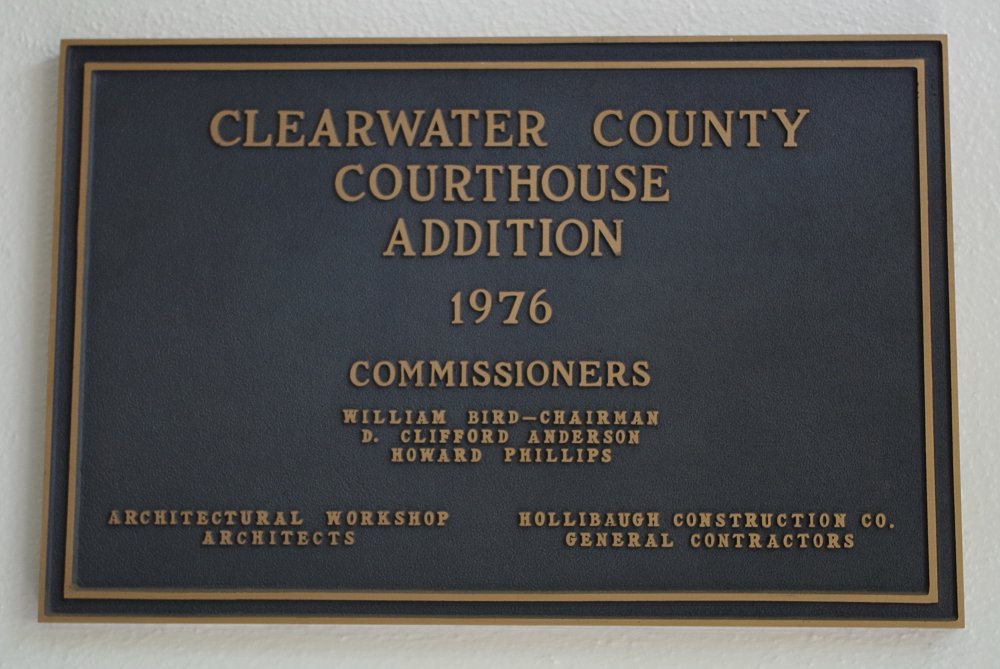