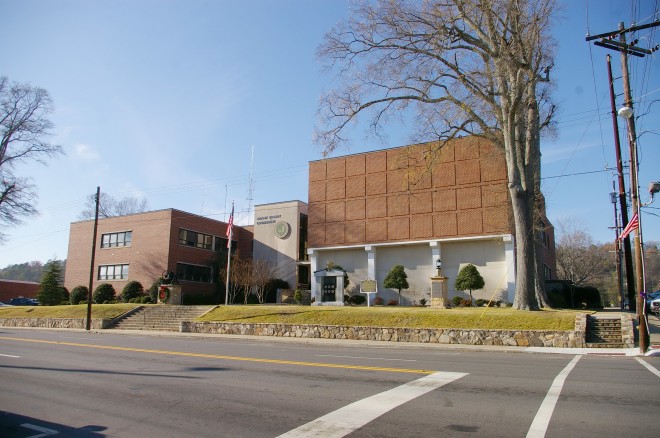 Blount County is named for Willie Blount, who was a Governor of Tennessee. 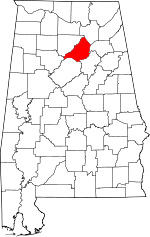 Description:  The building  faces southeast and is a two story red and brown colored brick and concrete structure. The building is located on landscaped grounds in the center of Oneonta. The building is a “U” shape with the entrance at the center with a high concrete wall having the county crest at the top. The windows are horizontal. The roof line is flat. The building houses the County Circuit Court and the County District Court of the 41st Judicial District. The building was enlarged in 1984. The architect was Plauren Barrett and the contractor was Stone Building Company. Along the south side is the Tom Bevill Building – Courthouse Annex constructed in 1996. The contractor was L & L Acoustical. 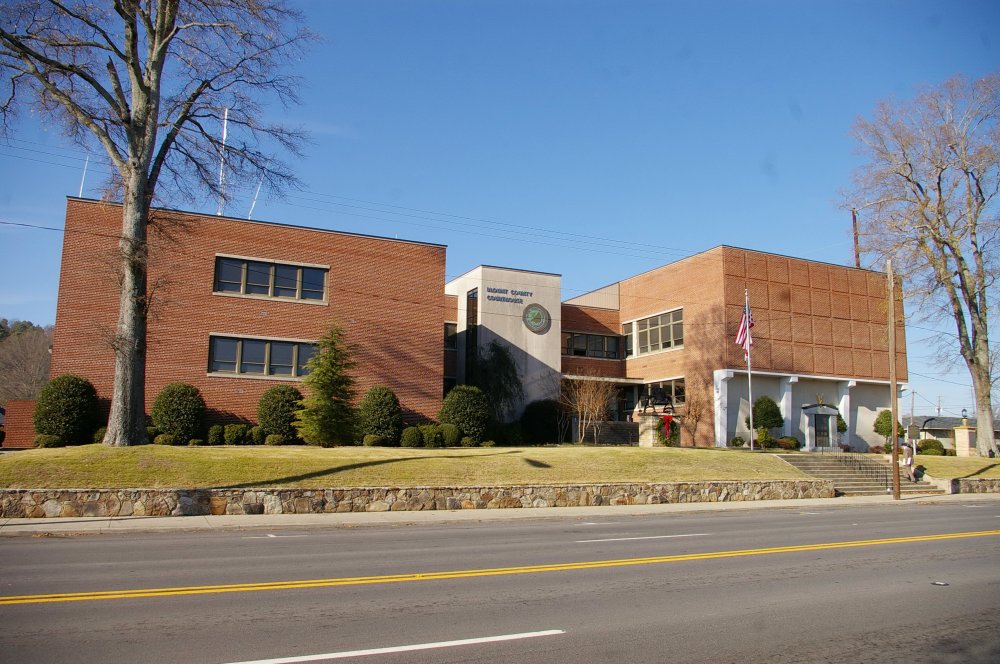 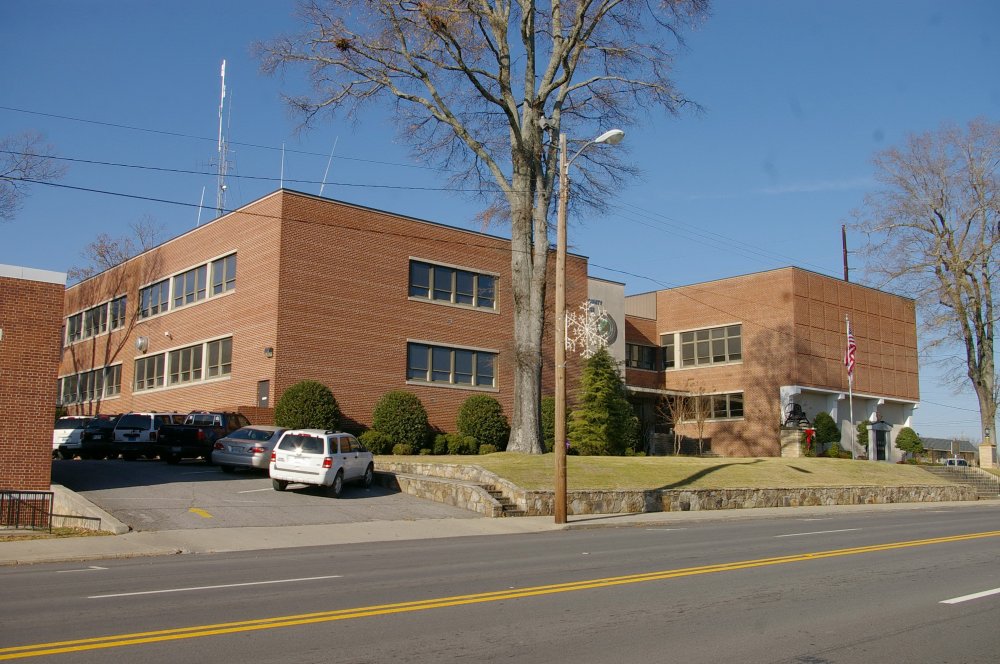 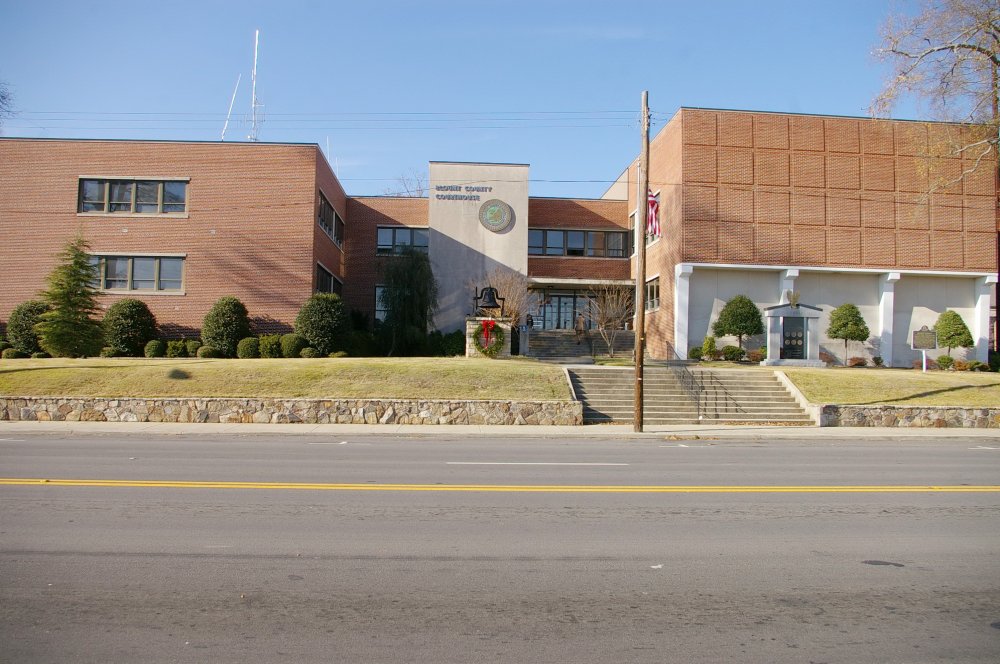 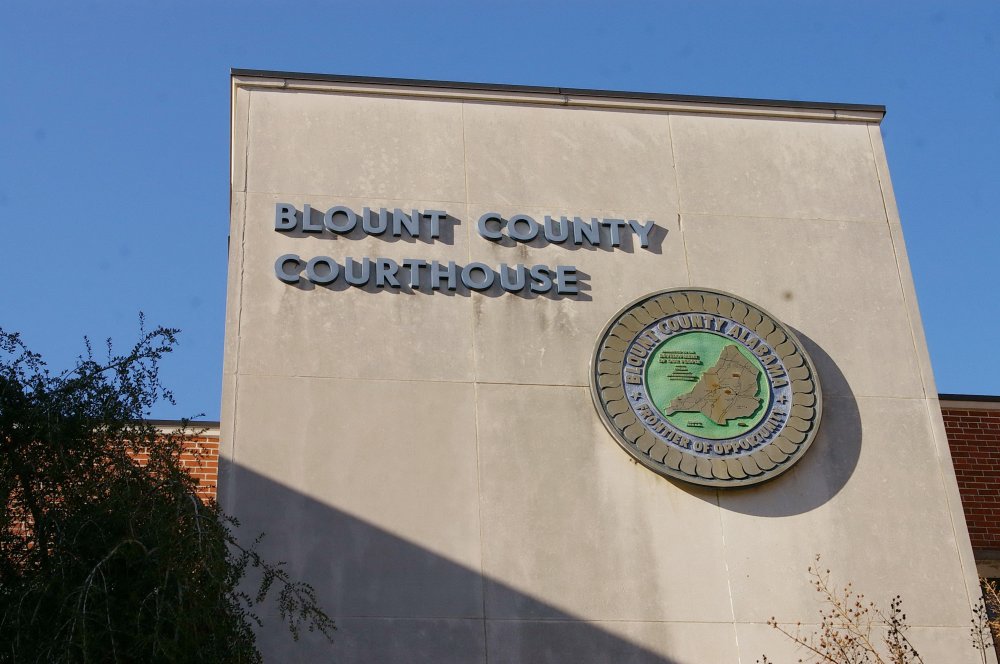 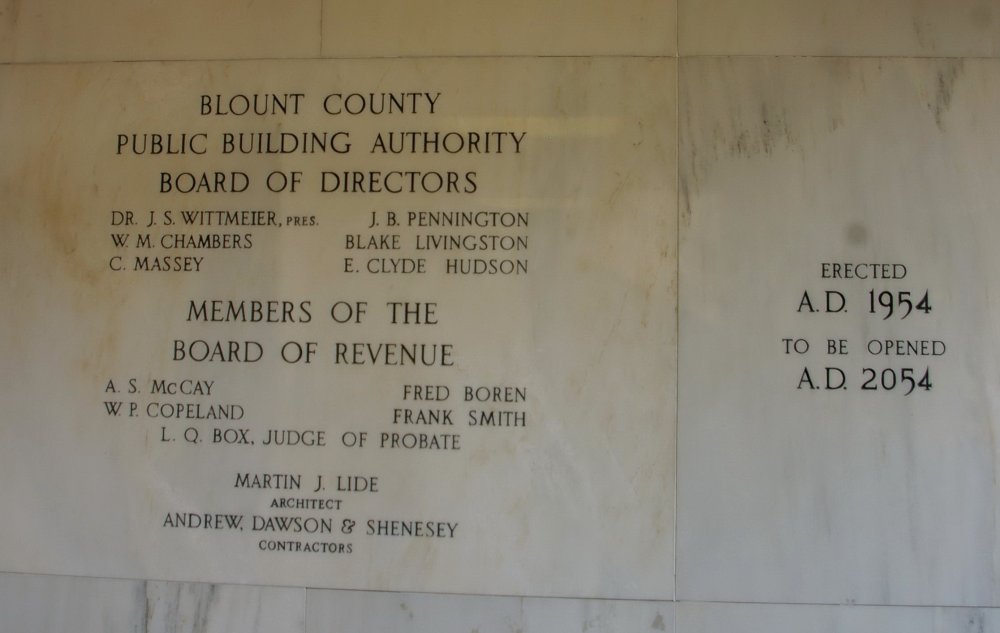 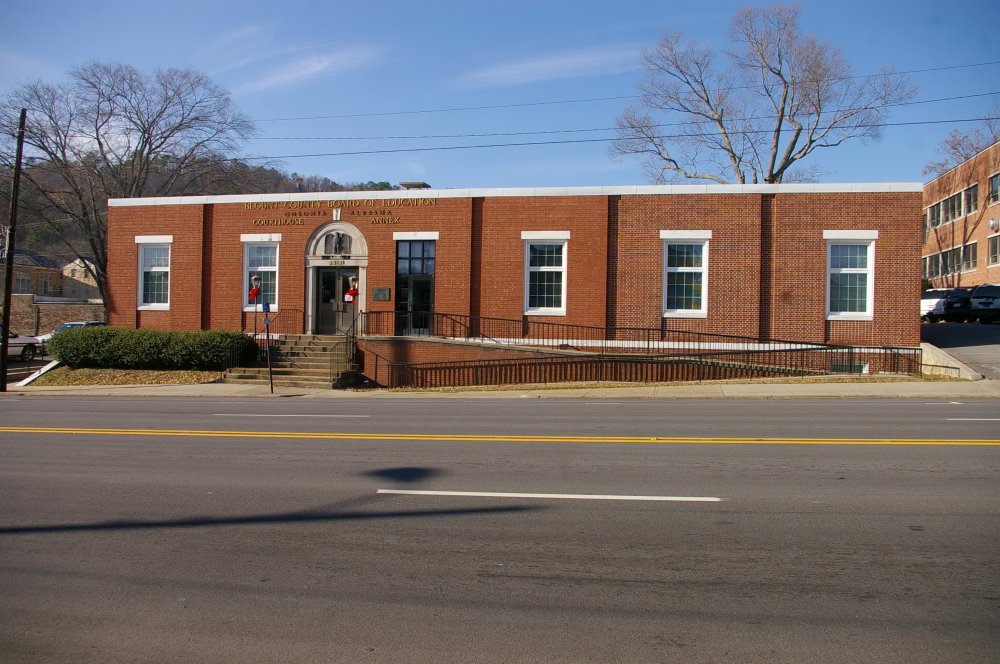 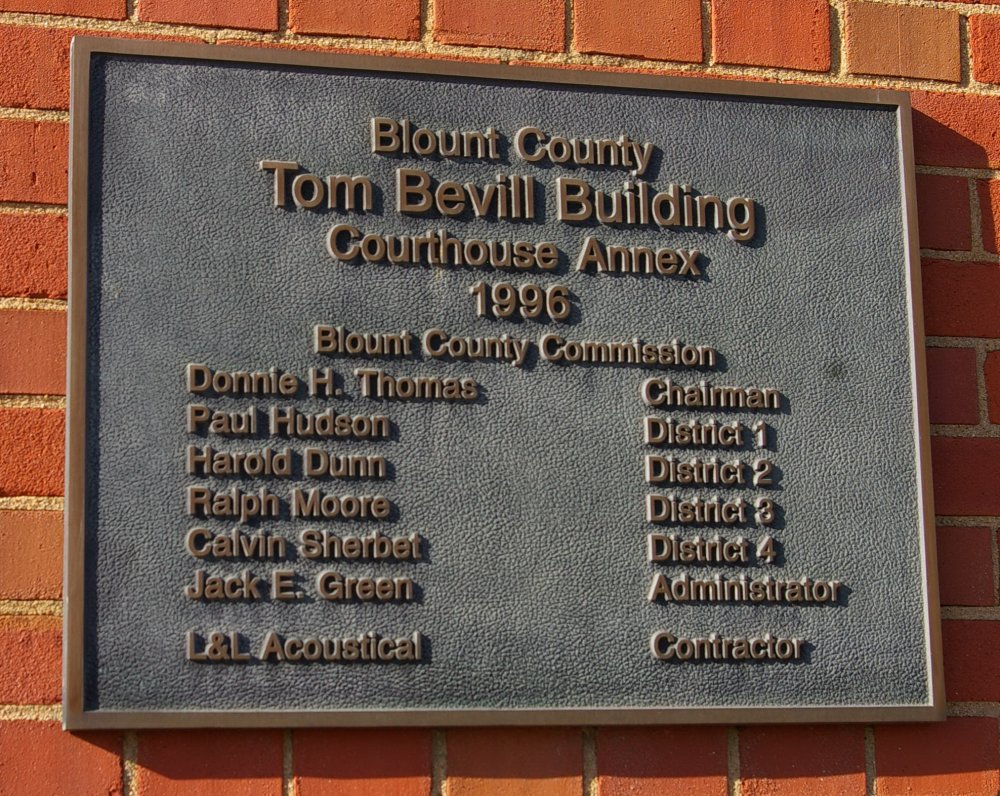 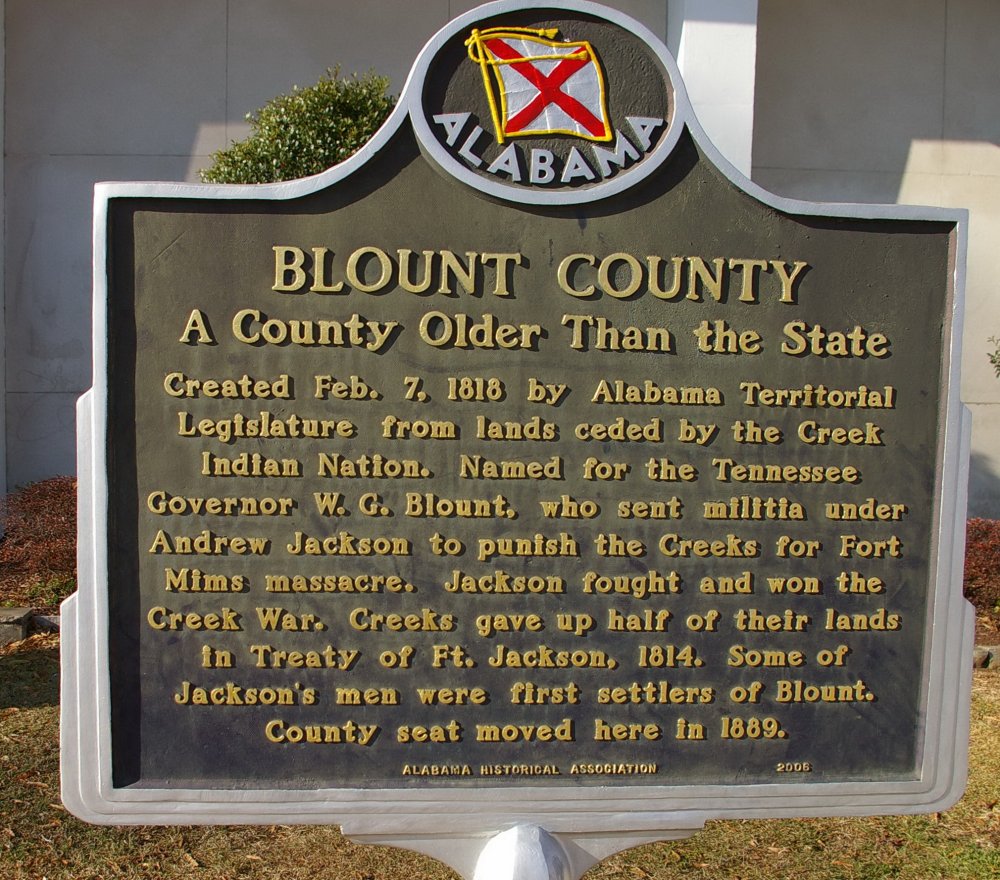