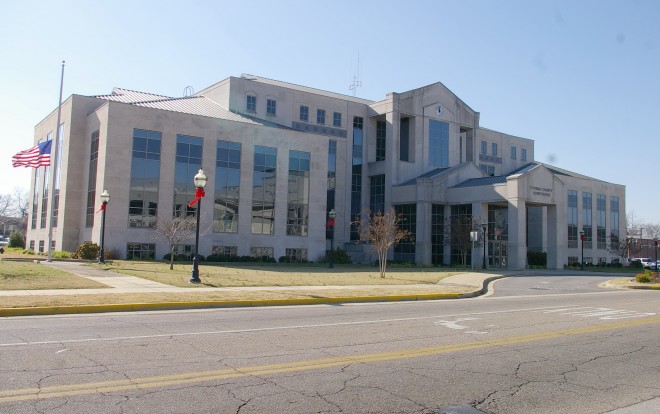 Etowah County is named for the Etowah Indian Mounds, which is a Muskogee Native American word derived from “italwa” meaning “town”. 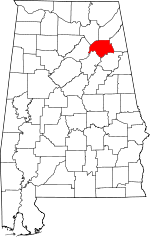 Description:  The building  faces north and is a four story gray colored limestone structure. The north front has a projecting stone canopy at the central entrance rising two stories. Behind, the central section rises to a peaked roof with large vertical window on the third and fourth stories. The east and west project from the main building. . The building houses the County Circuit Court and the County District Court of the 16th Judicial District. On the west side is an addition constructed in 1964. The architect was Paul W Hofferbert and Hugh W Ellis and the contractor was Roberts Brothers  Company. The building was renovated in 2002. The architect was McElrath & Oliver Architects, PC and the contractor was Dawson Building Contractors, Inc. 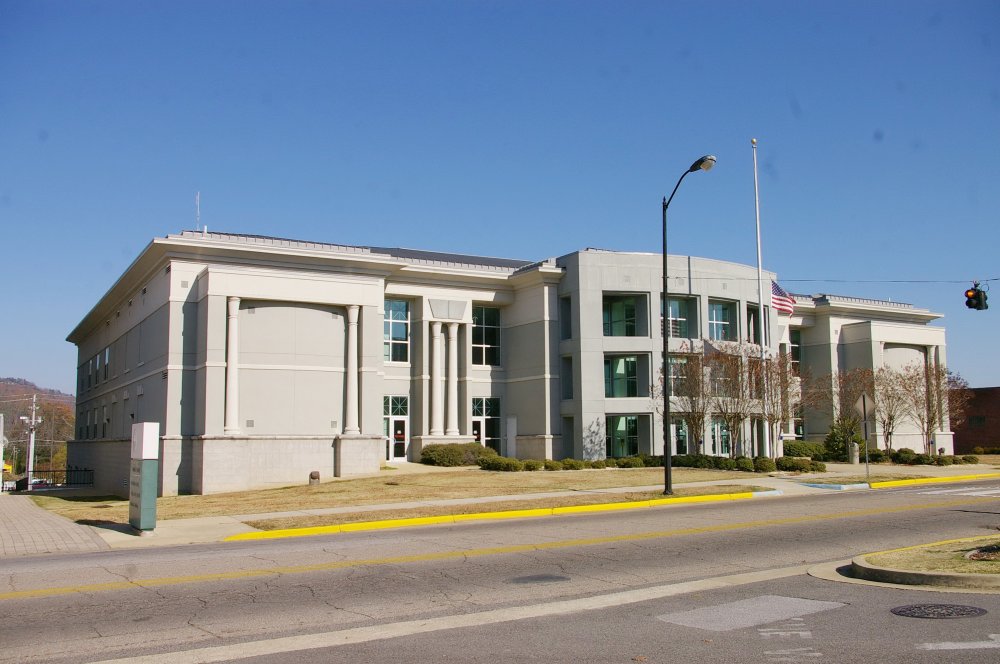 Description:  The building  faces south and is a three story gray colored concrete and glass structure. The central section is curved with large recessed windows and recessed entrance on the first story. The east and west wings project south from the main building. The roof is slopped. The building houses the County Circuit Court and the County District Court of the 16th Judicial District. 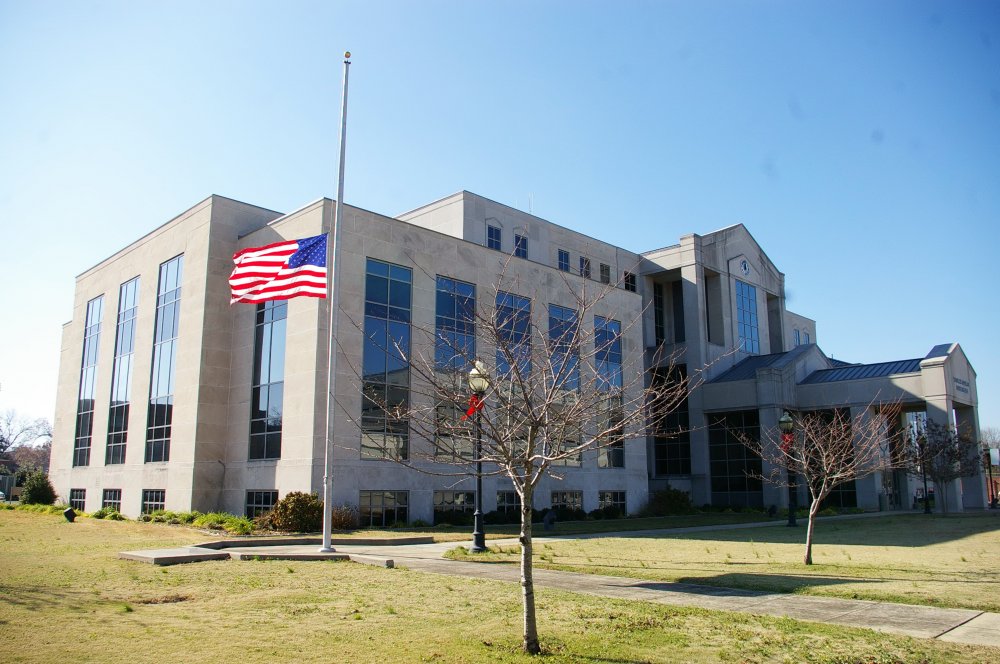 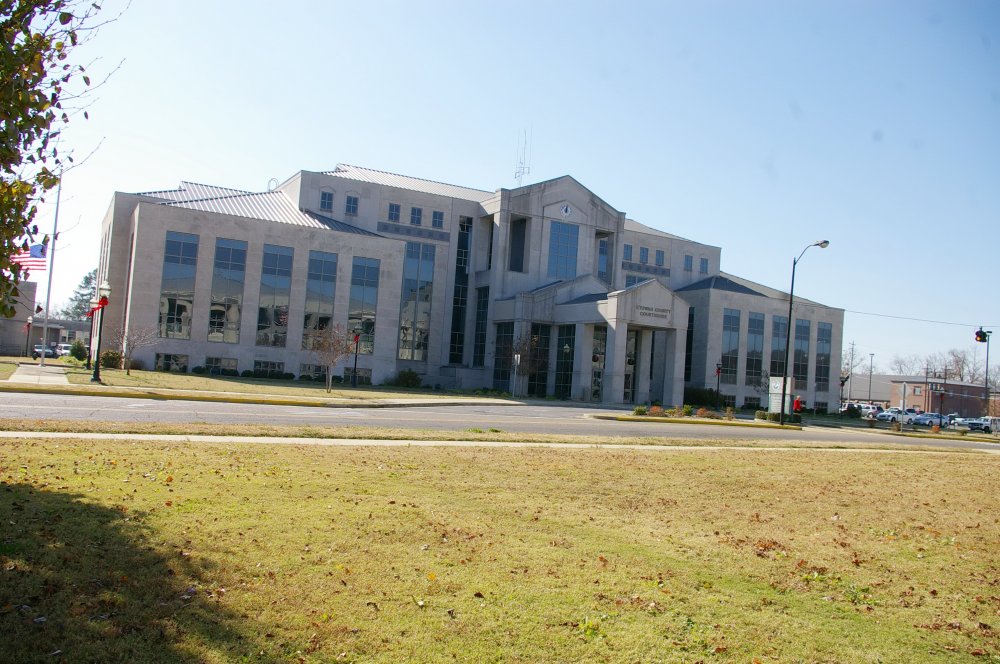 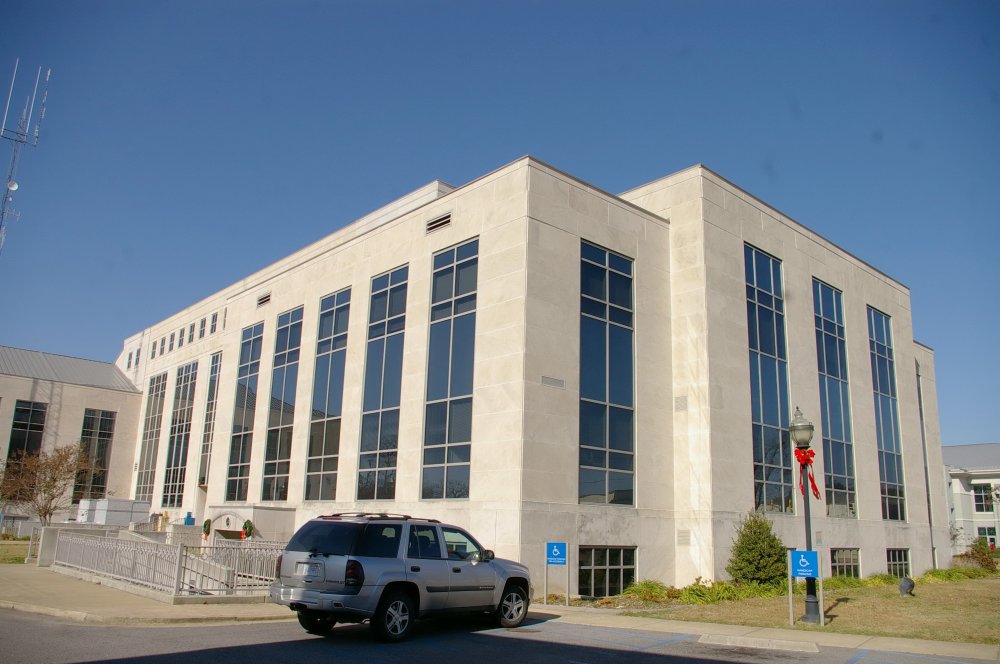 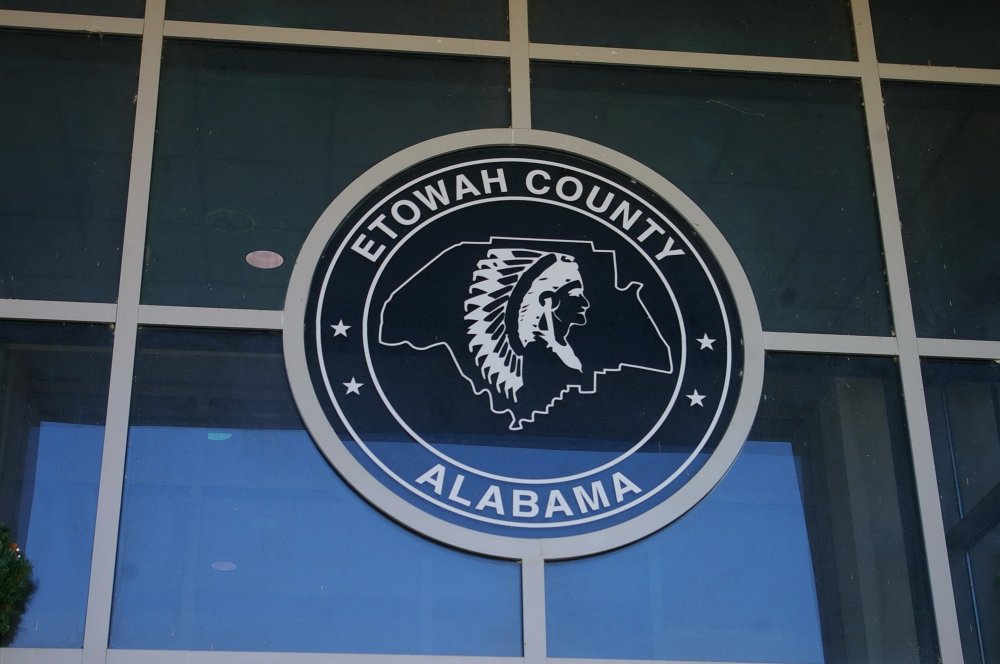 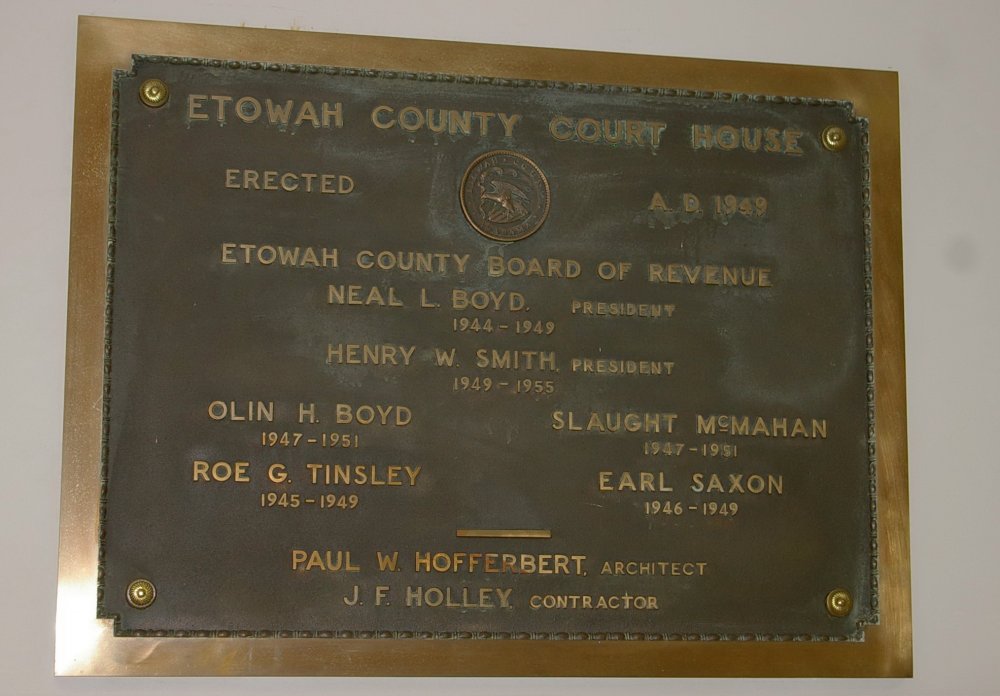 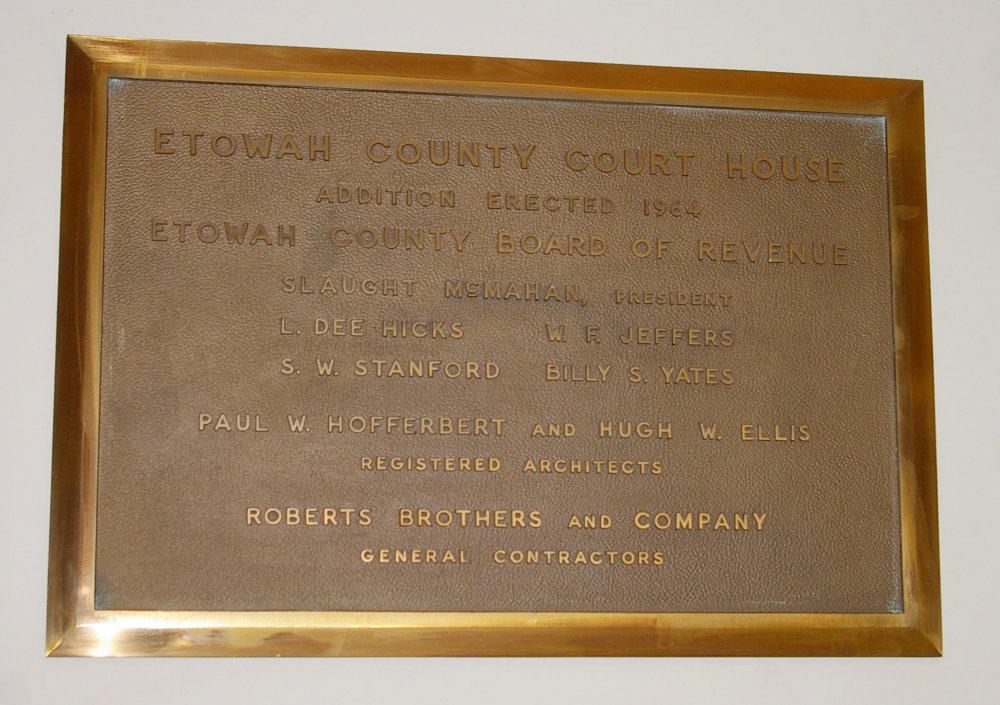 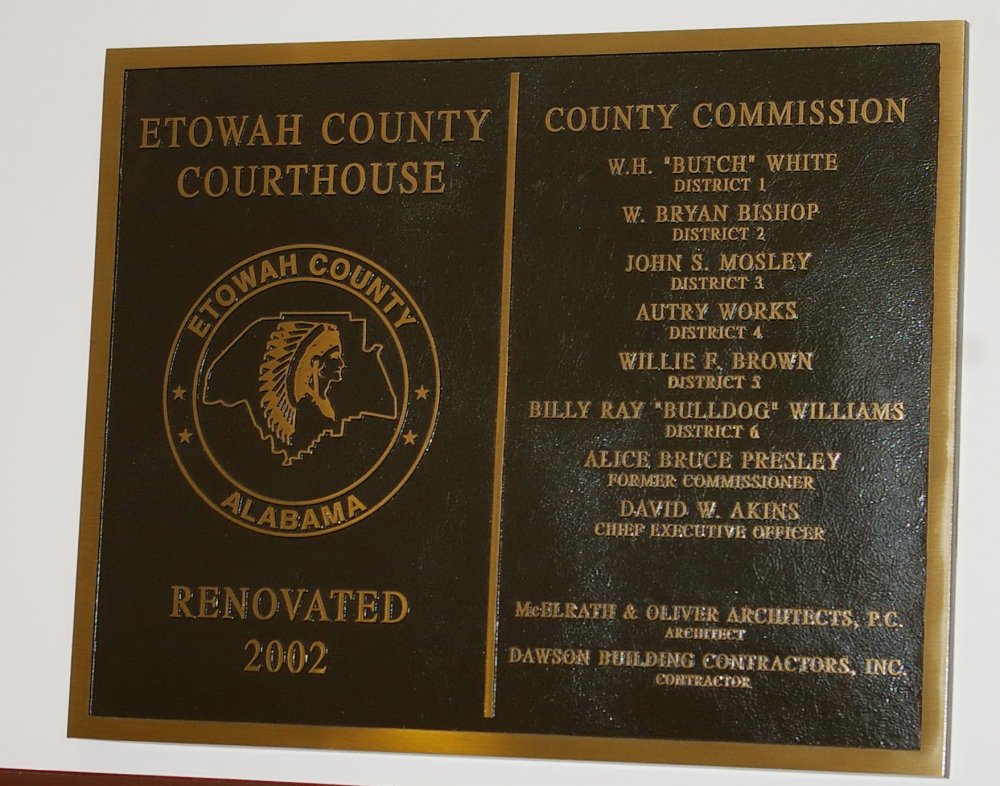 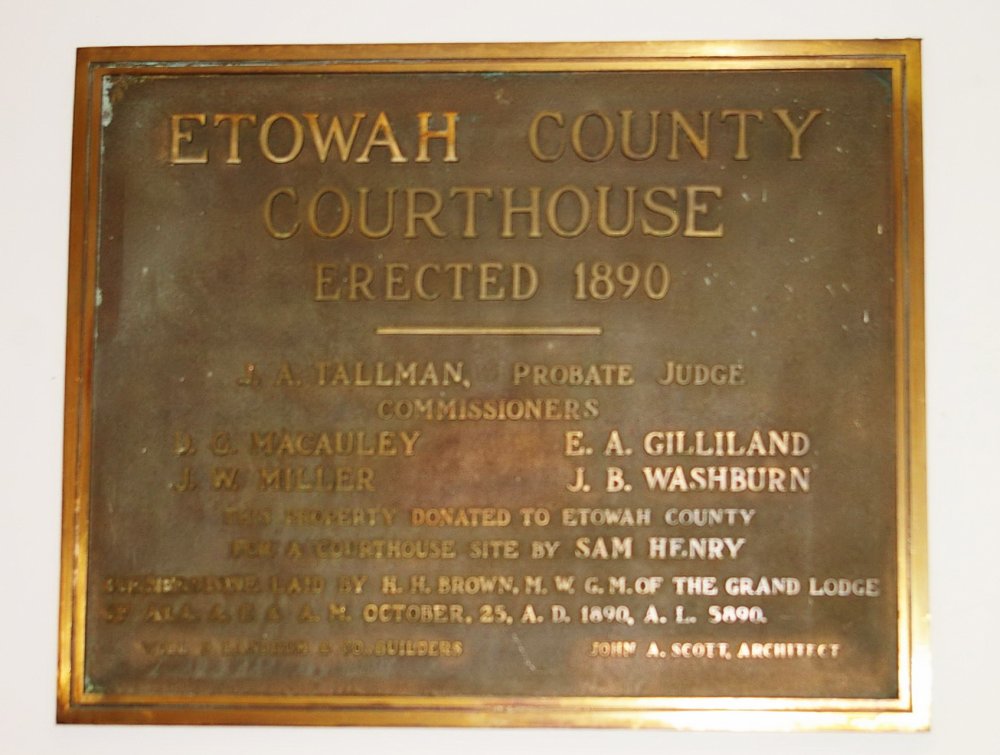 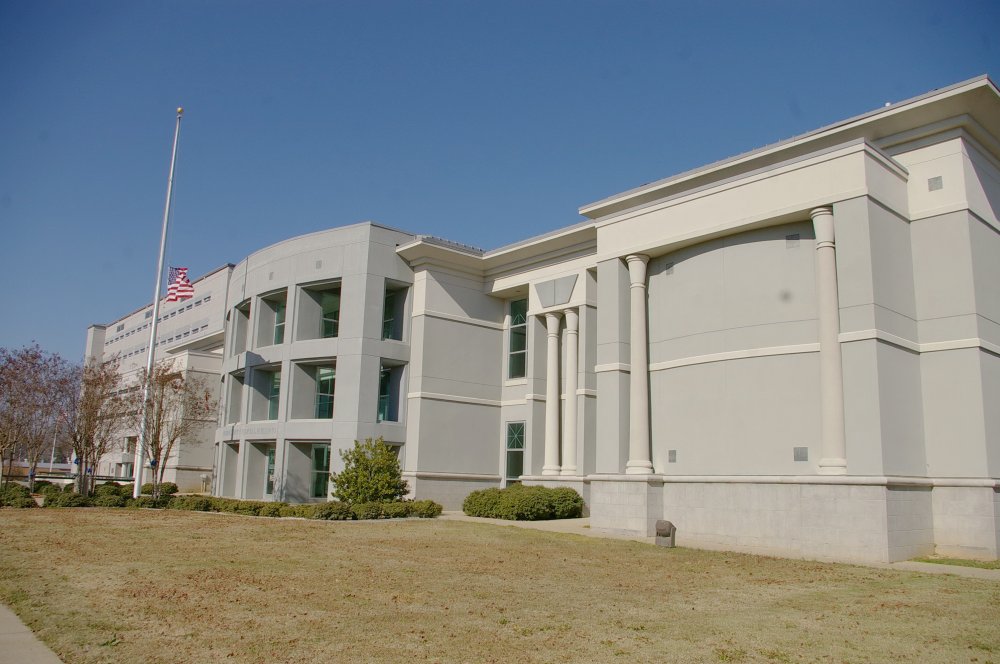 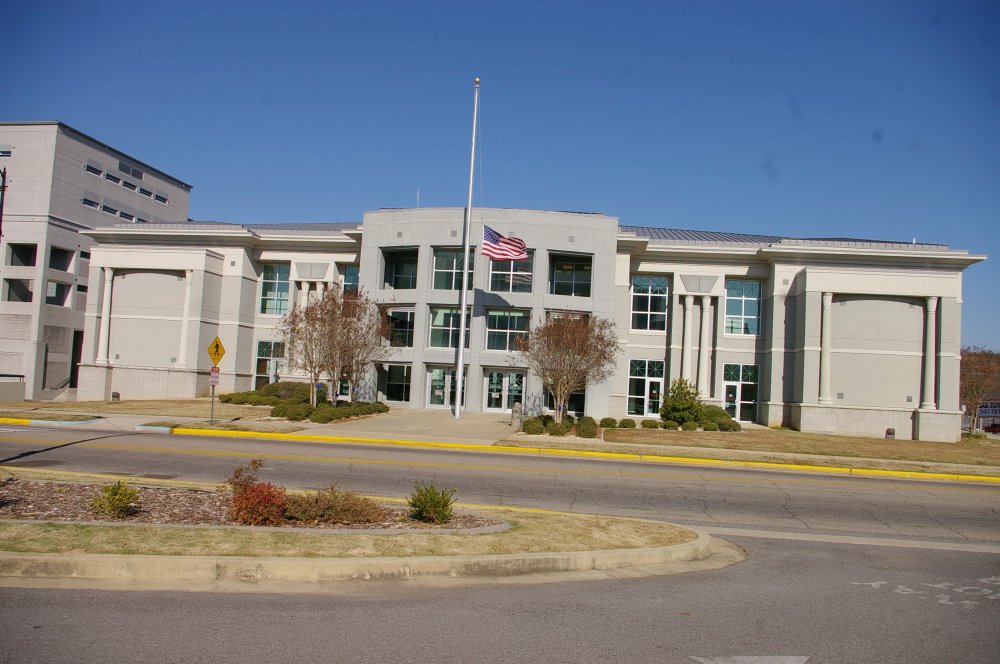