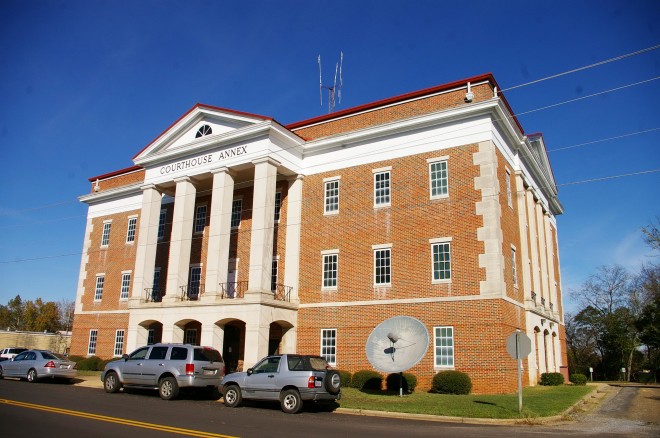 Wilcox County is named for Joseph M Wilcox, who was a lieutenant during the Creek War.

Description:  The building faces southwest and is a three story light red colored brick and concrete structure. The building is located on landscaped grounds in the center of Camden. The southwest front has a large portico with arches on the first story and four square pillars rising to a pediment at the roof line. There is stone trim at the corners. The roof line is flat. The building is named as the “Courthouse Annex”. The building houses the County Circuit Court and the County District Court of the 4th Judicial District. 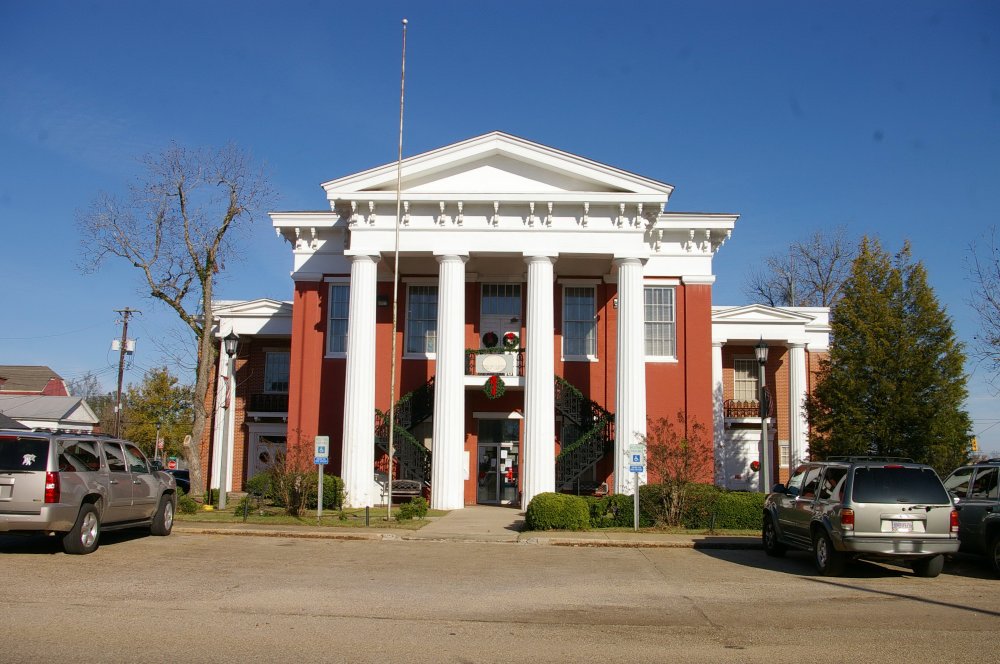 Description:  The building faces southwest and is a two story red colored brick structure. The building is located in the center of Camden. The southwest front has a large portico supported by four large white colored columns rising to a pediment at the roof line. An addition was added on the northeast side in 1983. The architect was Sherlock, Smith & Adams, Inc. and the contractor was Weston Scarsbrook. The building houses the county offices and the public library. 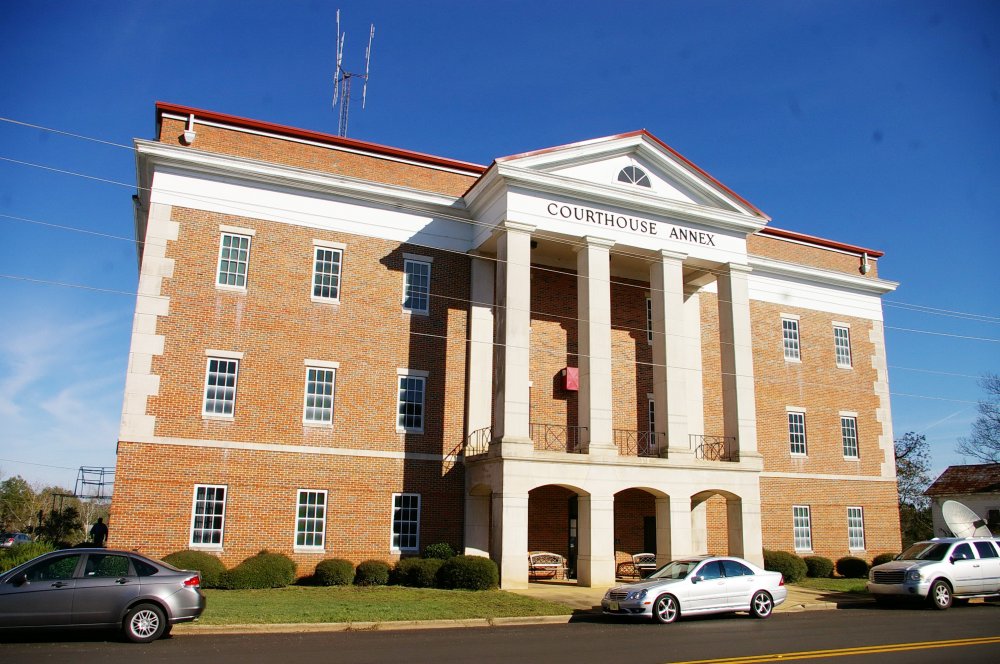 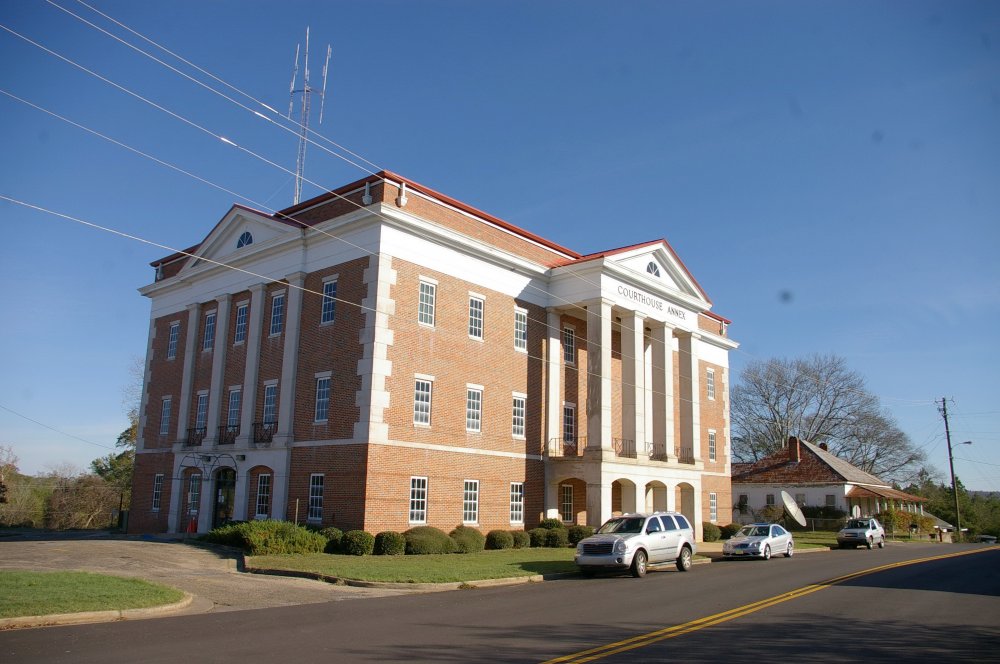 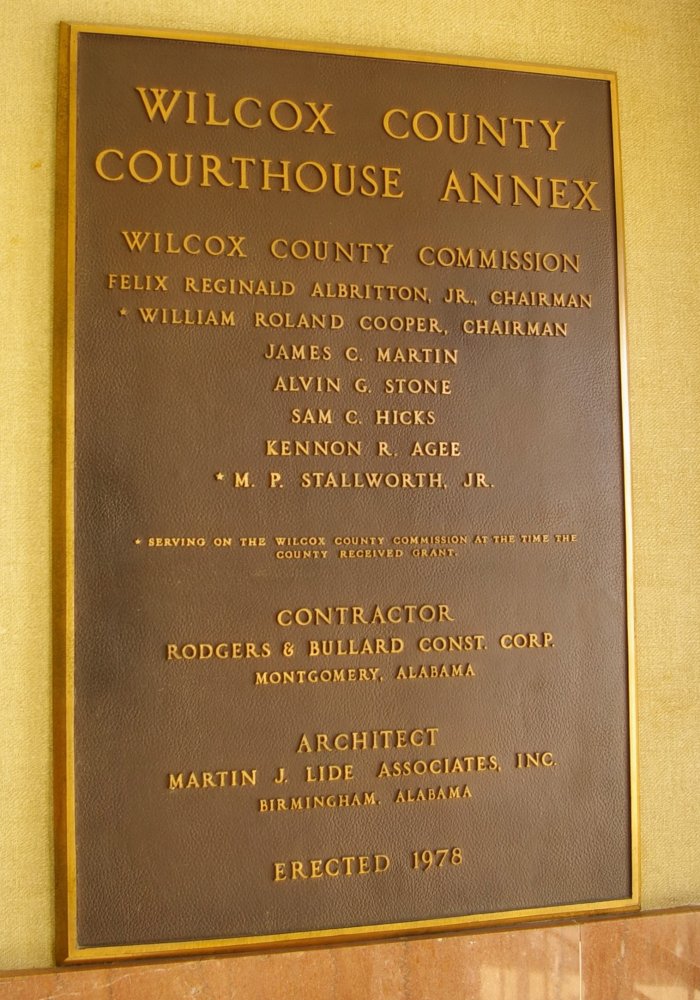 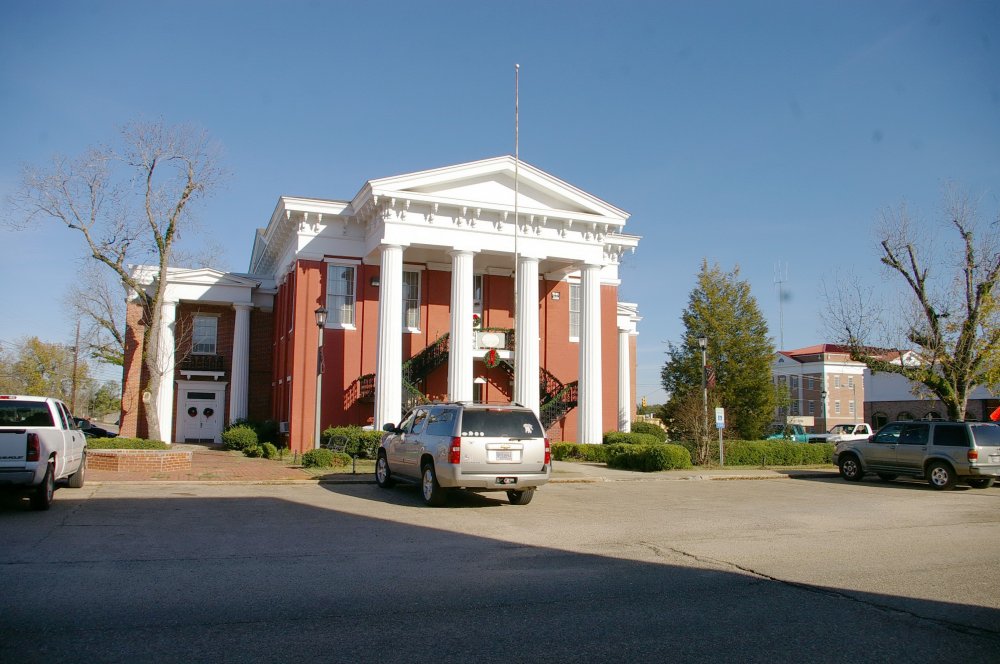 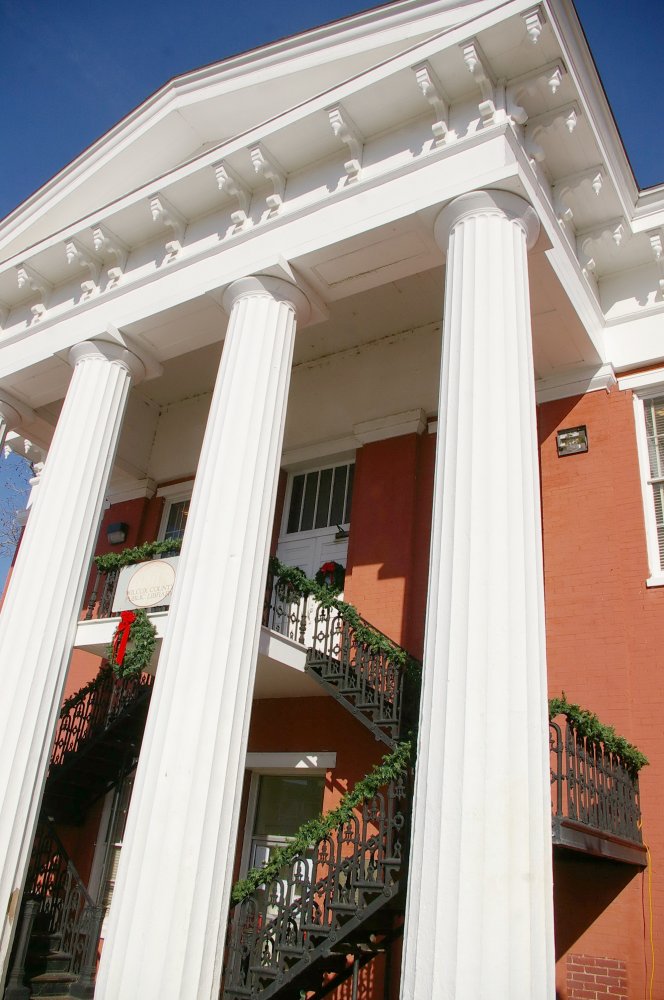 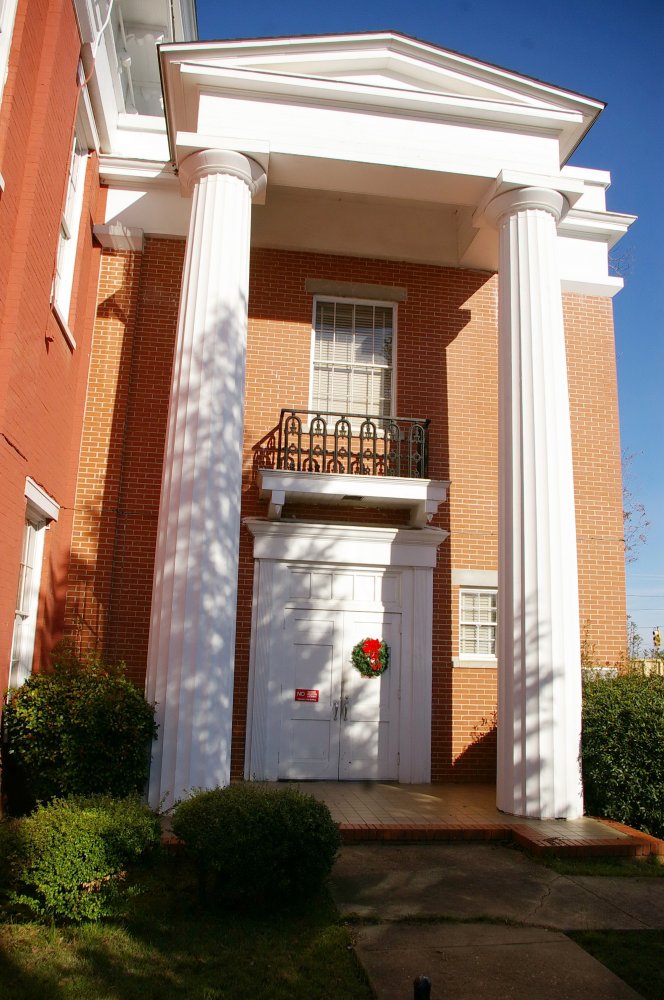 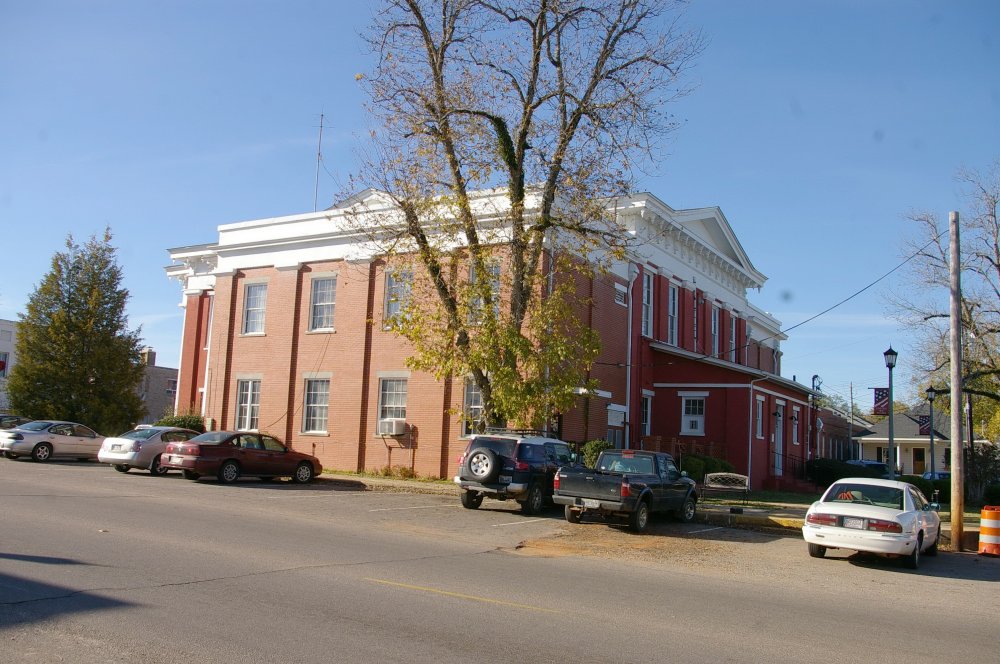 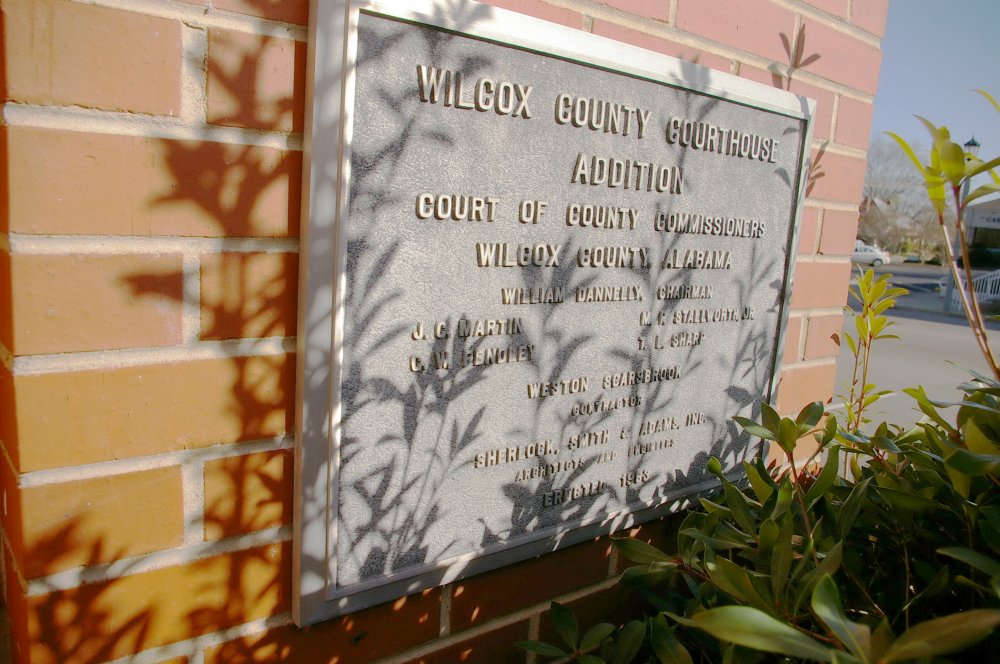 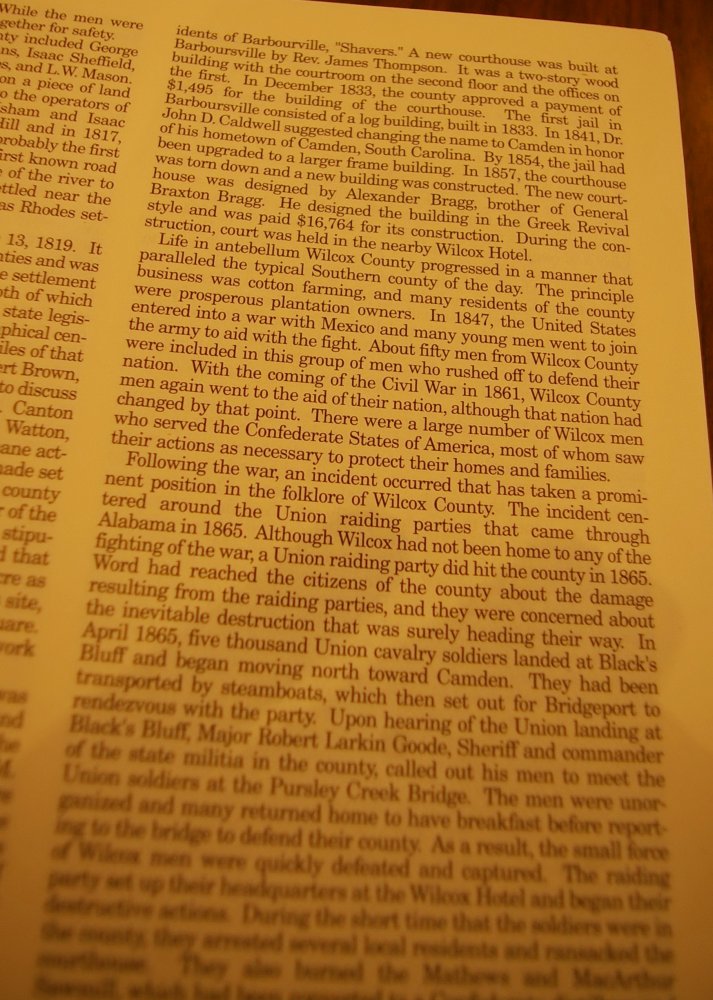